Thal Nature Park is a protected area and outdoor recreation destination located in northwestern Switzerland. The park encompasses the wide valley of the river Dünnern within the Jura Mountains. There are 63 named mountains in the park, the highest is Dilitshchopf at 1,330 m (4,364 ft) in elevation and the most prominent is Walenmatt with 445 m (1,460 ft) of prominence. 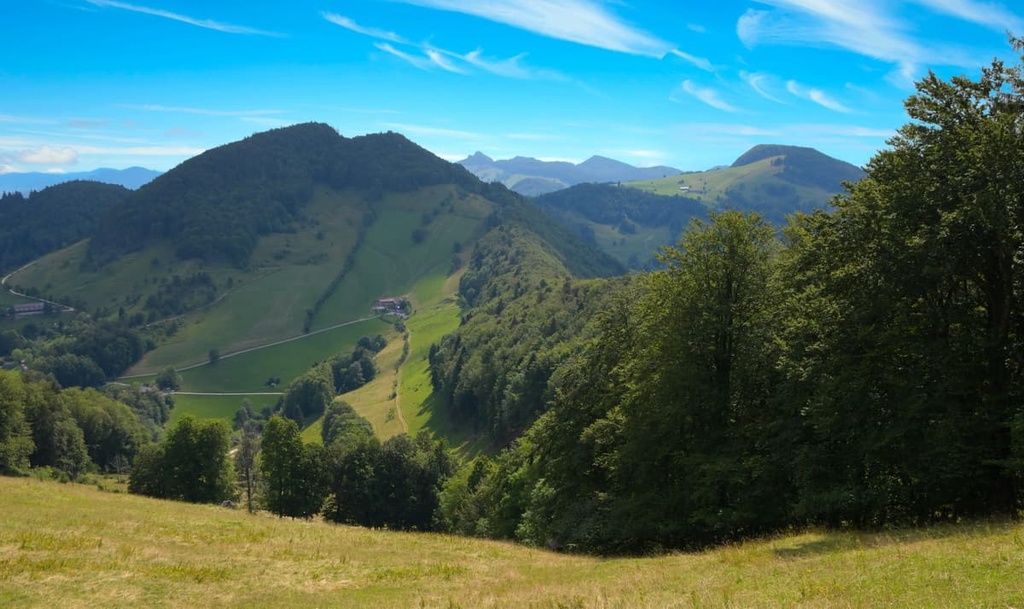 The rolling hillsides within the park are part of the Jura Mountains. The main feature of the park is the wide sweeping valley of the river Dünnern.

The Jura Mountains can be found throughout the park alongside rocky peaks, forested hillsides, and vast meadows. The park spans 139 square kilometers (54 square miles) of land between Weissenstein and Wasserfallen. Furthemore, the River Dünnern cuts through the landscape and is a main feature of most of the eight municipalities found within the park boundaries.

The Jura Mountains provide hikers and bikers alike with numerous trails to explore. Amidst the many trails in the park lie sweeping views of the valley below and its quaint farms along with a variety of flora and fauna.

The park is situated in the middle of an urban setting yet has a low population density. This allows visitors to fully immerse themselves in the natural beauty of the region.

The peaks within Thal Nature Park are part of the Jura Mountains, which span throughout northwestern Switzerland along the country’s border with France.

The Jura Mountains began forming during the Cenozoic around 65 million years ago. Around this time, the Alps in the southern portion of the country also began to form.

The major mountain building event that created these ranges is known as the Alpide orogeny. It occurred when the supercontinents of Laurasia and Gondwana began drifting toward one another. The Tethys Ocean, which once lay between the two continents, slowly began to retreat as these two tectonic plates shifted.

As these two plates collided, the immense pressure of their collision folded, compacted, and thrust the Earth’s crust upwards, forming the rugged peaks of the Alps. The pressure caused by this collision also slowly uplifted the Swiss Plateau and the Jura Mountains.

The building of the Jura Mountains was the result of two monumental thrusts. The first thrust formed a majority of the peaks found in France, while the second thrust formed the peaks and foothills found throughout Switzerland and within the park.

The Jura Mountains feature a sequence of geological box folds. These folds showcase that the range has not been heavily eroded since its creation. Common rocks found throughout the park include limestone and marl.

Thal Nature Park is home to plants and animals that are typical of the Swiss Jura Mountains. While much of the landscape is cleared for agriculture purposes, the forested sections are full of both flora and fauna.

Many small birds inhabit the region including fieldfare, house sparrow, European robin, Eurasian kestrel, and goldcrest along with the common raven and red kite. Many of the open and rolling fields of the park are also home to numerous species of crickets, dragonflies, bees, and butterflies.

Archeologists have dated human inhabitation of the region back to 13,000 BCE using the remains of a Magdalenian hunting camp. Around 11,000 BCE, Azillian hunters began inhabiting the region.

The Roman Empire ruled over much of present day Switzerland, establishing numerous villages and cities during the height of its rule. During the rule of the Roman emperor Tiberius, the village of Salodurum was established. This village would later become the city of Solothurn.

The Romans built a road connecting Biel/Bienne to Petinesca that passed over the Jura Mountains. This brought more people to the region even after the fall of the Roman Empire. By the fifth century CE, the Burgundians invaded the region, claiming it as part of Upper Burgundy.

Populations continued to grow in the region throughout the following centuries as Germanic speaking Alamanni people began settling around lakes located just outside of the park boundaries.

Today the canton Solothurn has a fairly irregular shape. It contains two exclaves along the border with France. The shape of the canton was determined by land acquired by the city during the Middle Ages.

The Thal Nature Park was established in 2010 in order to further protect and preserve the region’s stunning landscape.

Thal Nature Park is home to numerous trails for hiking and outdoor recreation. Here are some of the most popular trails and regions in the park:

The Reigoldswil - Wasserfallen - Passwang route is one of the most popular out and back hikes within the park. The trail is 14 km (8.7 miles) long with 800 m (2,624 ft) of elevation gain.

The route begins along a cable car pathway and climbs through a steep forested hillside. A small stream rushes along the trail until you reach Wasserfallen. Once there, the route follows a ridge to Passwang.

Once at higher elevations, hikers are rewarded with numerous viewpoints of the surrounding mountains and valleys. A portion of the hike can be completed by using the cable car.

A cave can be accessed along the route via a steep trail. This portion of the trail features ropes and handrails to make the climbing easier. Hikers can turn back around to Welschenrohr or extend the trail and follow signs to Wolfsschluch, which features a river canyon and scenic moss covered trees.

Hinteri Egg is one of the more prominent peaks within the park. This out and back trail is 10.5 km (6.5 miles) long and it features 493 m (1,617 ft) of elevation gain. The trail climbs through forested hillsides and sweeping pastures.

Once at the summit, hikers have stunning views of the rolling hills, pastures, and farms scattered down below. Since the peak is located on the northern edge of the Thal Nature Park, hikers also have views of much of the park.

Looking for a place to stay near Doubs Nature Park? Here are some of the best cities and villages to check out in the canton:

Solothurn is the capital of its namesake canton, Solothurn, and it lies just to the south of Thal Nature Park. The town is situated along the banks of the Aare in the foothills of the Weissenstein Jura Mountains, which can be found within the park.

Solothurn is home to around 17,000 residents, and it features a well-preserved old town district. Popular sites to visit within the quaint city include St. Ursus Cathedral, Church of the Jesuits, Basel Gate, and Krummturm.

The quiet streets of Solothurn are lined with local shops and restaurants, providing a relaxing way to unwind after a long day of hiking through Thal Nature Park.

Delémont lies to the northwest of the park and is the capital city of the canton of Jura. The city is home to around 12,000 residents and is nestled within the forested Jura Mountains.

Historical sites can be found throughout the city including remnants dating back to medieval times. Popular sites include the medieval town gates, the church of St. Marcel, and the former summer residence of the Prince-Bishop of Basel.

Both the Jurassic Museum of Art and History and the Chappuis-Fähndrich Museum lie within the city limits, offering a unique look back into the region's extensive history. 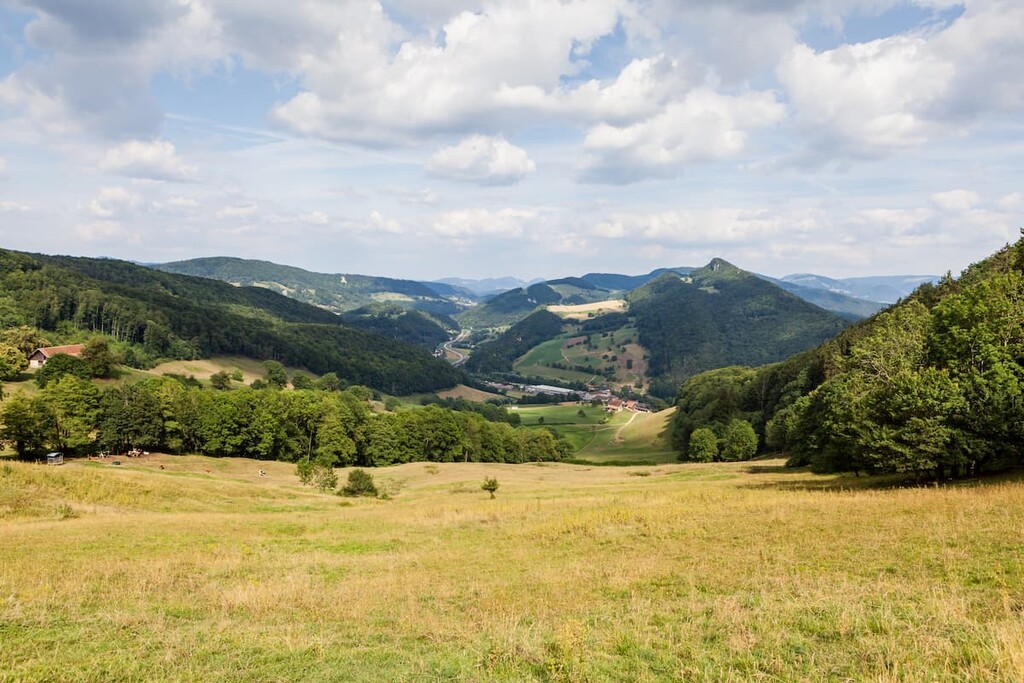 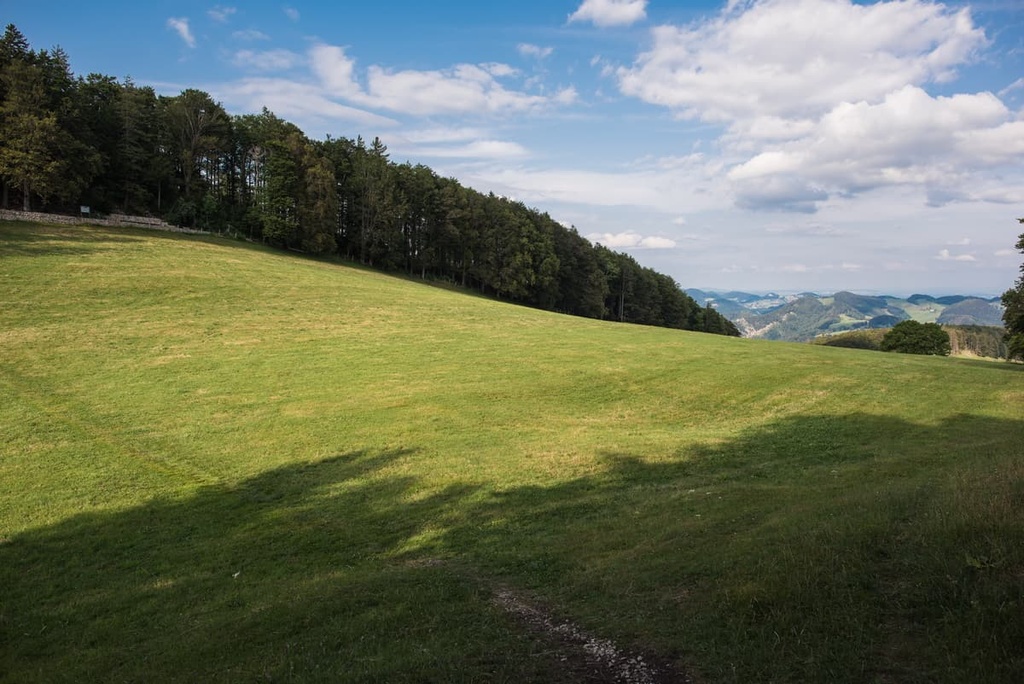 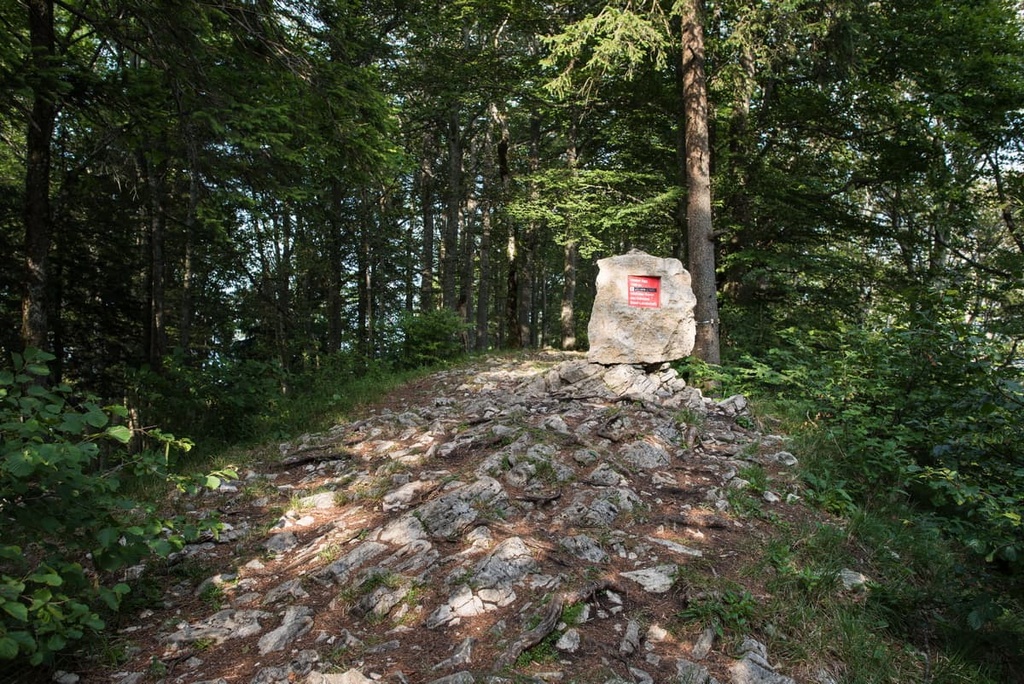 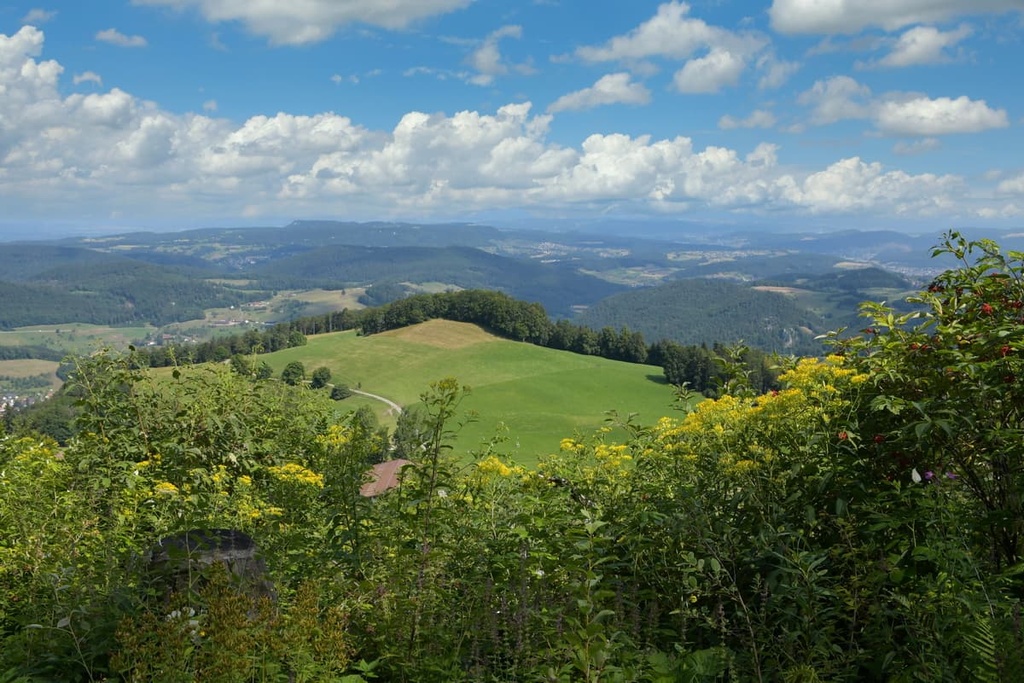 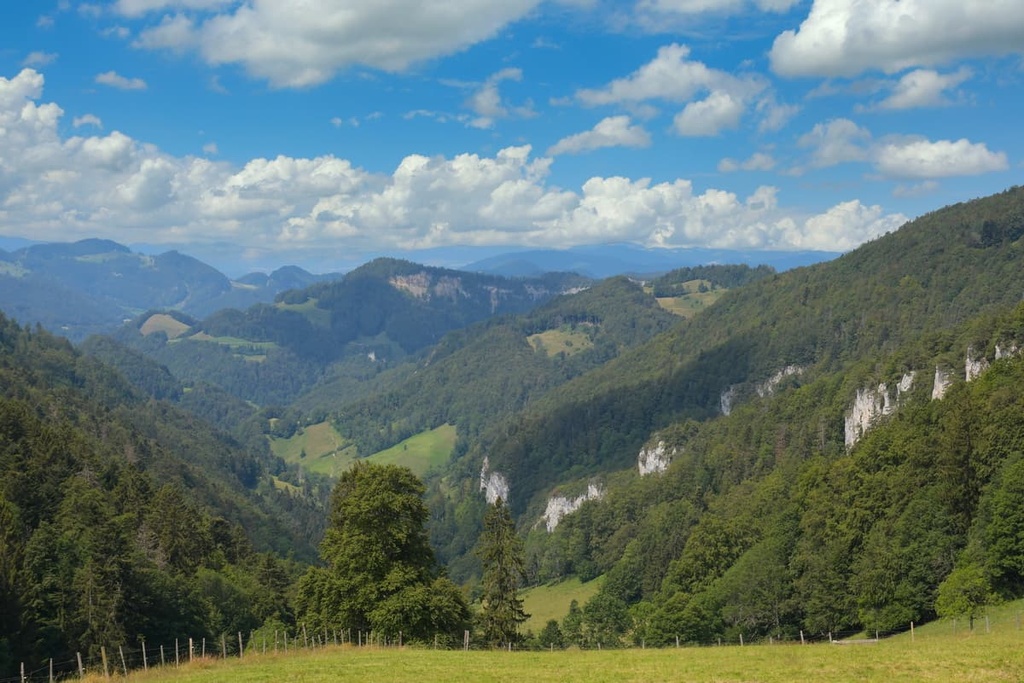 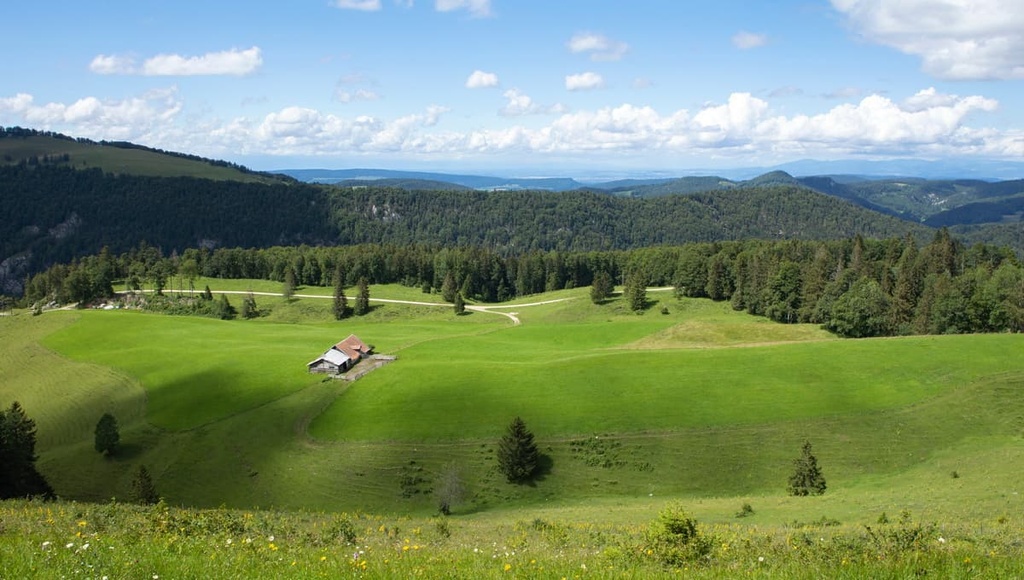 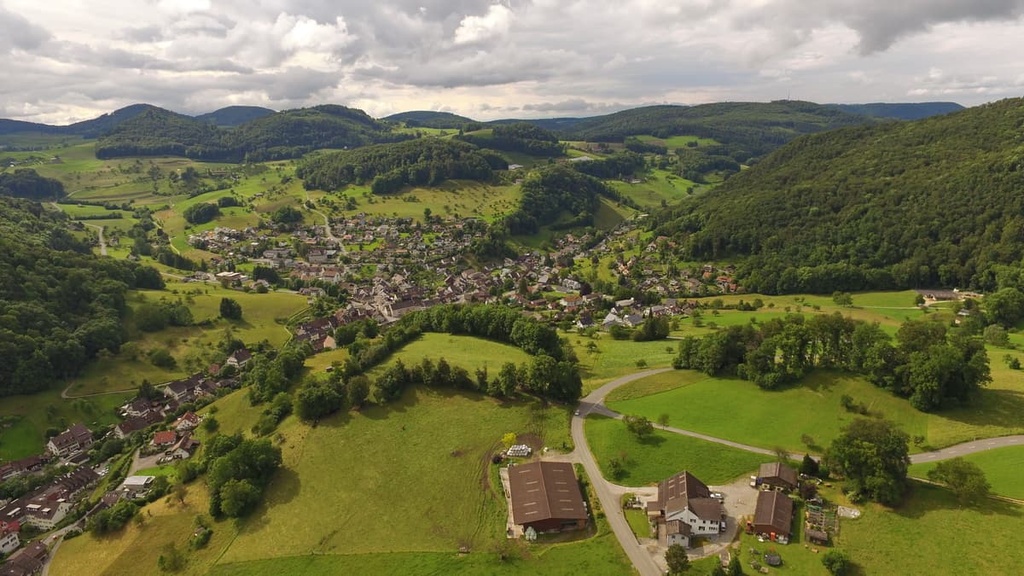