The Jura Mountains are a sub-alpine mountain range located along the border between Switzerland and France. The range lies just to the north of the Western Alps on the other side of the Swiss Plateau. There are 2181 named peaks within the range. Crêt de la Neige is the tallest and most prominent peak in the Jura Mountains, at 1,720 m (5,643 ft) in elevation and with 1,257 m (4,124 ft) of prominence. 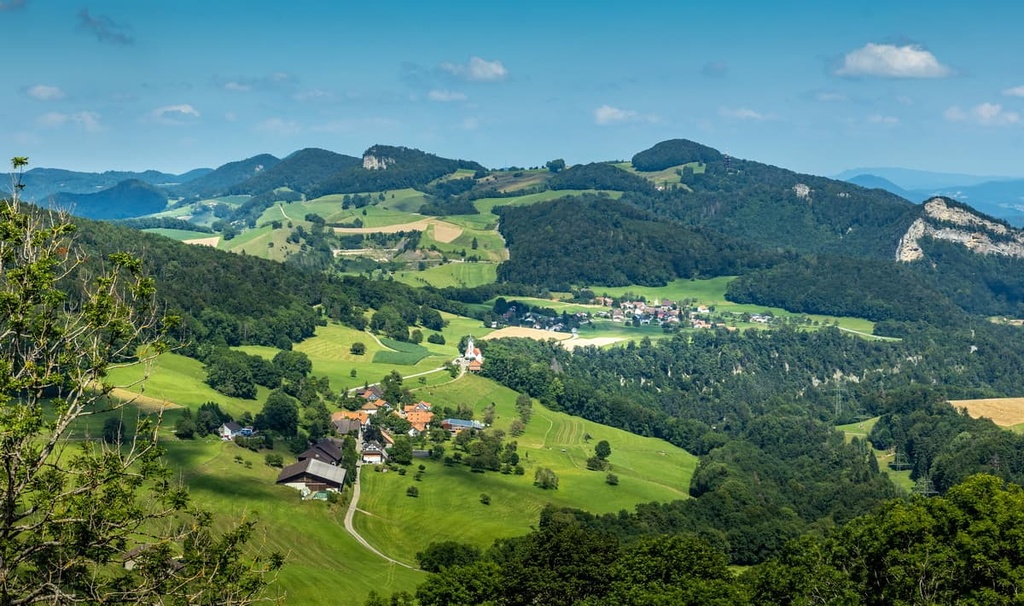 The Jura Mountains lie to the north of the Western Alps, marking part of the border between Switzerland and France. The range marks one of the major geographic regions within Switzerland, with the other two being the Alps and the Swiss Plateau.

In France, the range spans to the Rhone-Alpes region and the Grand Est region. Within Switzerland, the range lies within the cantons of Jura, Bern, Neuchâtel, Vaud, Geneva, Zurich, Aargua, Basel-Landschaft, and Solothurn.

The range runs for about 360 km (224 miles) along the border of the two countries, encompassing much of the region between the Rhine and Rhône rivers. Though more modest in elevation than the Alps, the Jura Mountains are known for their densely forested hillsides and sweeping valleys.

The range is considered part of the Central European Uplands. Around 1,600 sq km (618 sq miles) of the range that is located in France is protected by the Jura Mountains Regional Natural Park.

Some of the more popular tourist spots within the range lie on the Swiss side and most of these destinations are situated near Lake Geneva.

The Jura Mountains began forming during the Cenozoic era, which is when the Alps formed, too. The Alpine orogeny, which helped build both the Alps and the Jura Mountains, occurred between 65 million and 2 million years ago.

To the south of present-day Italy, the Tethys Ocean once lay between the supercontinents of Laurasia and Gondwana. As the two tectonic plates began to move toward one another, the ocean began retreating. When the two plates collided with one another, the immense pressure uplifted the region to form the major chain of mountains known as the Alpide Belt.

The entire belt spans from southern Europe and into south-central Asia. It includes the Alps and other major mountain ranges in the region like the Himalaya and Hindu Kush. During this period, the land north of the Alps was also slowly uplifted, forming the Swiss Plateau and the base of the Jura Mountains.

The main ridgeline of the Jura Mountains was formed by two major deformational thrust phases. In particular, the first thrust formed the northern peaks in the range while the second thrust formed many of the southern peaks.

The main thrust in the southeastern portion of the range occurred during the Pliocene epoch. This thrust lasted from around 5.3 million years to 2.6 million years ago, and it was responsible for the uplift of the Jura Mountains to their current height.

The geologic folds that formed the range left behind three major folded bands that date back to the Early Jurassic, Middle Jurassic, and Late Jurassic periods. The geological folds seen throughout the range are relatively young, with the mountains having yet to experience drastic amounts of erosion.

Deposits of limestone, marl and clay are common throughout much of the range, and can easily be spotted above the treeline.

As a whole the range is known for its heavily forested hillsides and rolling slopes. Oak groves and beech forests are common throughout with fir trees often being found at higher elevations in the range.

The southern Jura is home to populations of sycamore maple. Above the treeline, various alpine grasses thrive alongside isolated moors.

Wildlife has greatly diminished over the past few centuries, as more people inhabit the rolling foothills of the Jura Mountains. Visitors to more rural areas in the range may spot roe deer, red deer, ibex, and chamois.

Wild boar can be found within the forested hillsides of the Jura Mountains with marmot and pine marten often inhabiting the rocky summits of the range.

The high plateaus of the range are home to pastures used for raising cattle and the production of cheese. The foothills of the western peaks are ideal for vineyards, fruit orchards, and vegetable farms.

The Jura Mountains have a long and rich human history that dates back to prehistoric times. Many of the first known human settlements were centered around the many lakes of the region. A Celtic tribe, known as Helvetii, lived in the region but were later defeated in the last century BCE by the Romans.

Many of the major cities throughout the Jura Mountains and the Swiss Plateau were originally established by the Romans. Almannic tribes began inhabiting the region after the fall of the Roman Empire.

Throughout the Early Iron Age, many of the settlements moved from the waterways and up into the plateaus and hills of the region. Various of Christianity slowly spread throughout the region and much of the Early Middle Ages.

Bernese forces extended their rule across the region and the nearby city of Bern became an imperial city during the thirteenth century.

By 1416, the Swiss Confederacy controlled much of the Jura Mountains. Bern would later be expanded to include the land extending all the way to Lake Geneva in the western Jura Mountains.

The Helvetic Republic controlled much of the Jura Mountains during its short rule. After the fall of the republic in 1803, many of the existing regions joined the Swiss Confederation as cantons.

Tourist destinations can be found throughout the Jura Mountains. Popular travel spots include the wineries along the northern shores of Lake Geneva and the Vallée de Joux. This valley is home to multiple ski areas and well-known Swiss watchmaking factories, such as Vacheron Constantin and Audemars Piguet.

Best Hikes in the Jura Mountains

The Jura Mountains are home to numerous trails for hiking and outdoor recreation. Here are some of the most popular trails and regions in the range:

Jura Mountains Regional Natural Park lies in the French portion of the Jura Mountains and spans around 1,600 sq km (618 sq miles). The tallest peak in the range, Crêt de la Neige, lies within the park boundaries.

Densely forested hillsides define much of the region with rolling grassy summits. There are 37 towns within the park boundaries that span across three French departments.

The Jura Vaudois Nature Park lies in the portion of the Jura Mountains that’s situated within the Swiss canton of Vaud. The Vallée de Joux lies to the north while the park spans to the summit of La Dôle. Here, rugged limestone rocks are met with vast forested patches, marshlands, and nearby lakes.

With more than 523 km (325 miles) of trails in the park, the region offers year round activities for hikers, bikers, skiers, and snowshoers.

Here are some of the major hikes within the park:

Looking for a place to stay near the Jura Mountains? Here are some of the best cities and villages to check out in the region:

Geneva lies on the southwestern tip of Lake Geneva and marks the second most populous city in Switzerland. Known as a global city, Geneva is home to various worldwide centers such as the headquarters for various United Nation agencies.

The city’s close proximity to the Alps make it a gateway for outdoor recreation throughout the year. Popular sights to see when visiting the city include the Jet d’Eau in the harbor of Lake Geneva, the Reformation Wall, International Museum of the Reformation, and CERN, among various others.

Geneva can act as a great starting point for exploring the Jura Mountains, Swiss Plateau, or the Alps. A local tour can help visitors discover the distinct and unique neighborhoods throughout the city.

Lausanne lies on the northern shores of Lake Geneva and is the capital city of the canton of Vaud. Situated between Lake Geneva and the Jura Mountains, Lausanne offers year round activities. With a population of 140,000 people, Lausanne is the fourth most populous city in Switzerland.

Lausanne has long been a university city and today is the world headquarters for the International Olympic Committee. The foothills of the Jura Mountains provide the ideal climate for vineyards to thrive. The old town district is primarily car-free and its medieval city center is full of local artisanal shops.

One of the major focal points of the city is the Cathedral of Notre Dame of Lausanne. The cathedral is well-preserved and it has been deemed one of the country’s best pieces of Gothic architecture.

Neuchâtel lies along the shores of Lake Neuchâtel in the foothills of the Jura Mountains. As the capital city of its namesake canton, Neuchâtel, the city is home to around 45,000 residents. The region within and around the city is known for being the center of watchmaking in the country.

The old town district of Neuchâtel is full of local shops and restaurants, while the medieval town core, castle, and collegiate church all date back to the twelfth century.

One of the most popular sites in the city is the Museum of Art and History, which can be found in the "Palais des Beaux-Arts" (Palace of the Fine Arts). Laténium, which is the country’s largest archeological museum, is also located in the city and is worth a visit. 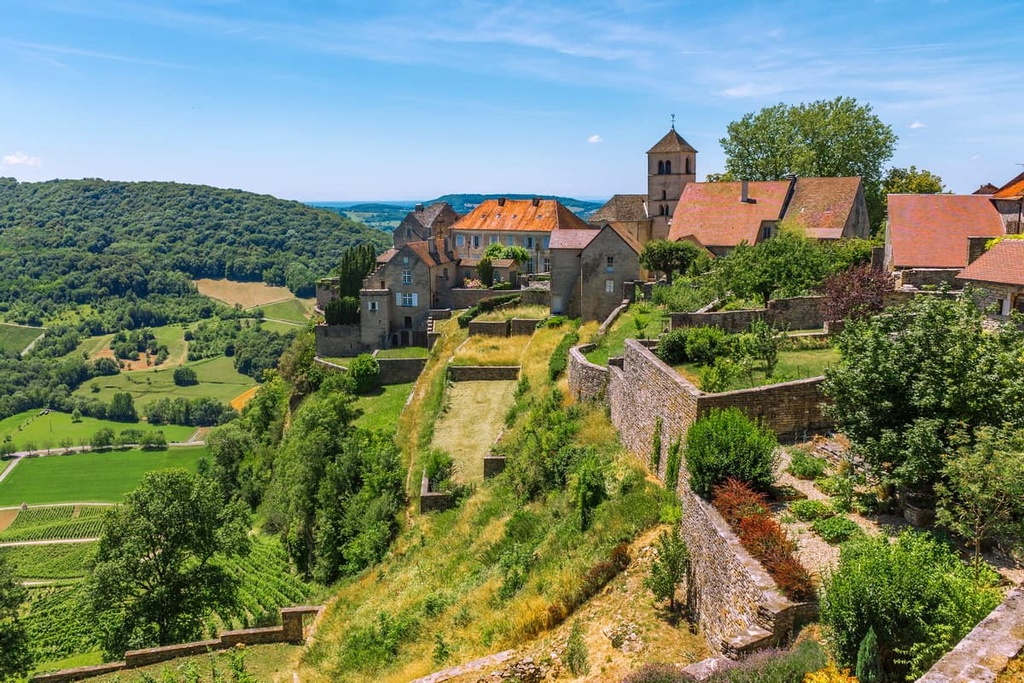 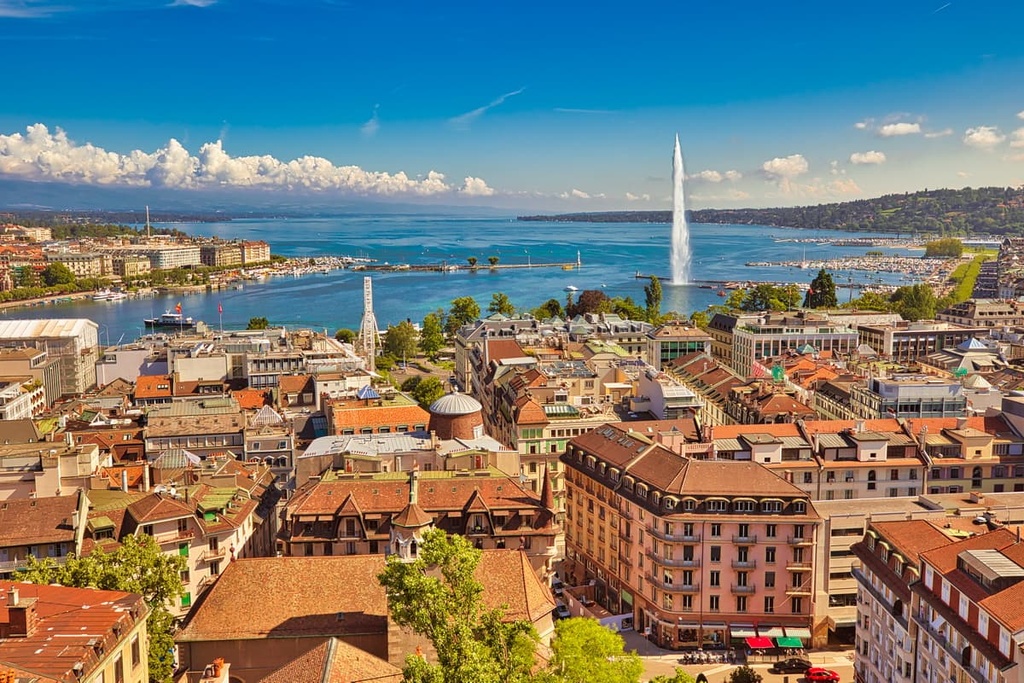 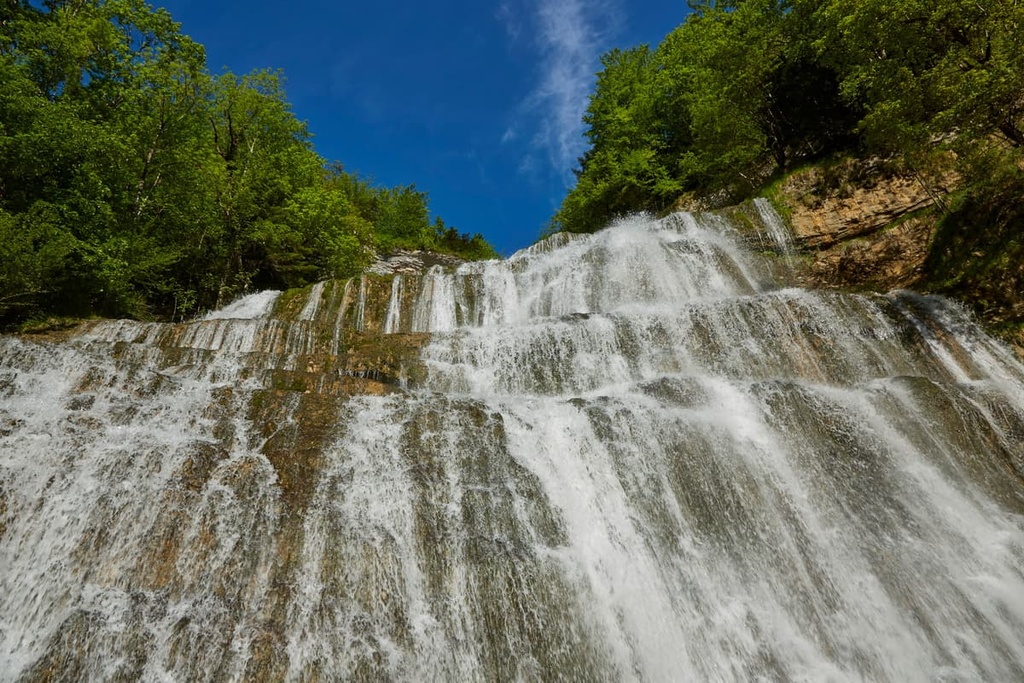 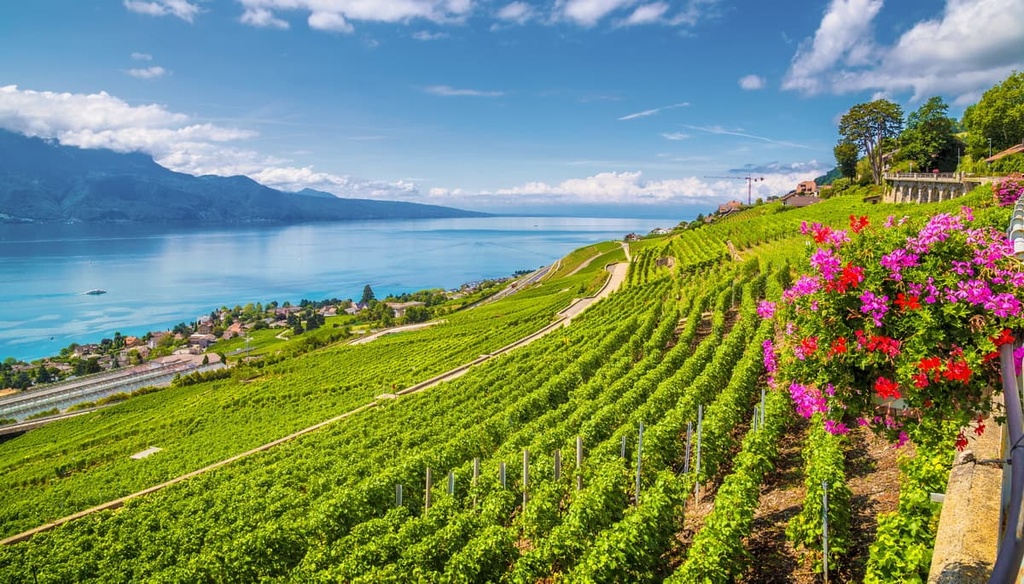 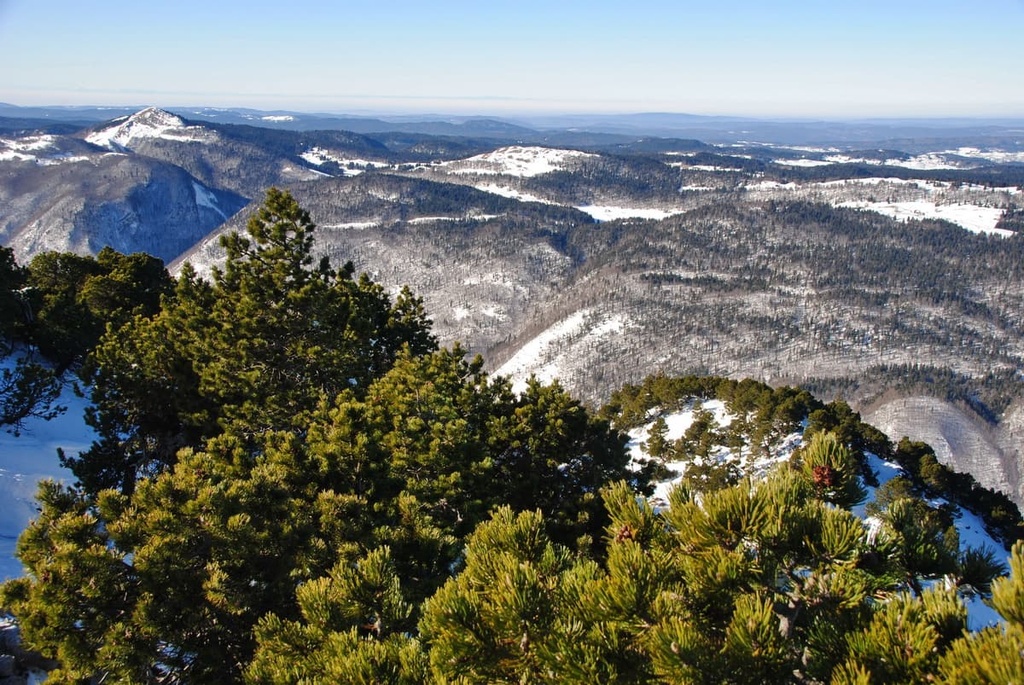 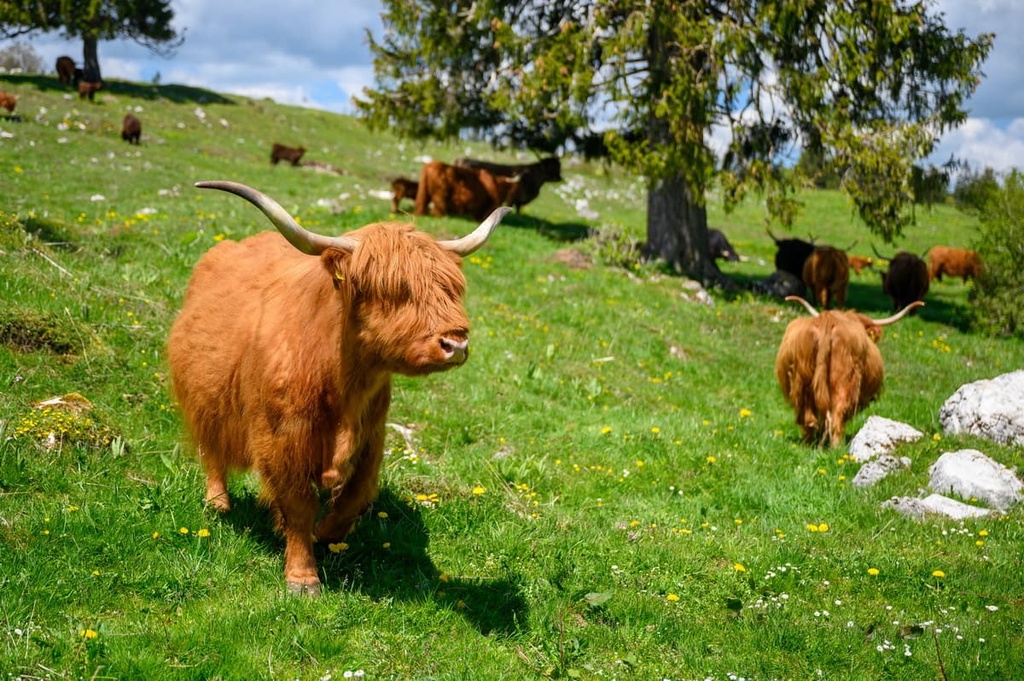