Chasseral Nature Park is a protected area and outdoor recreation destination located in northwestern Switzerland. The park lies in the Jura Mountains, centered around the Chasseral massif. There are 31 named mountains in the park, the highest and most prominent of which is Chasseral (1,607 m/5,272 ft) 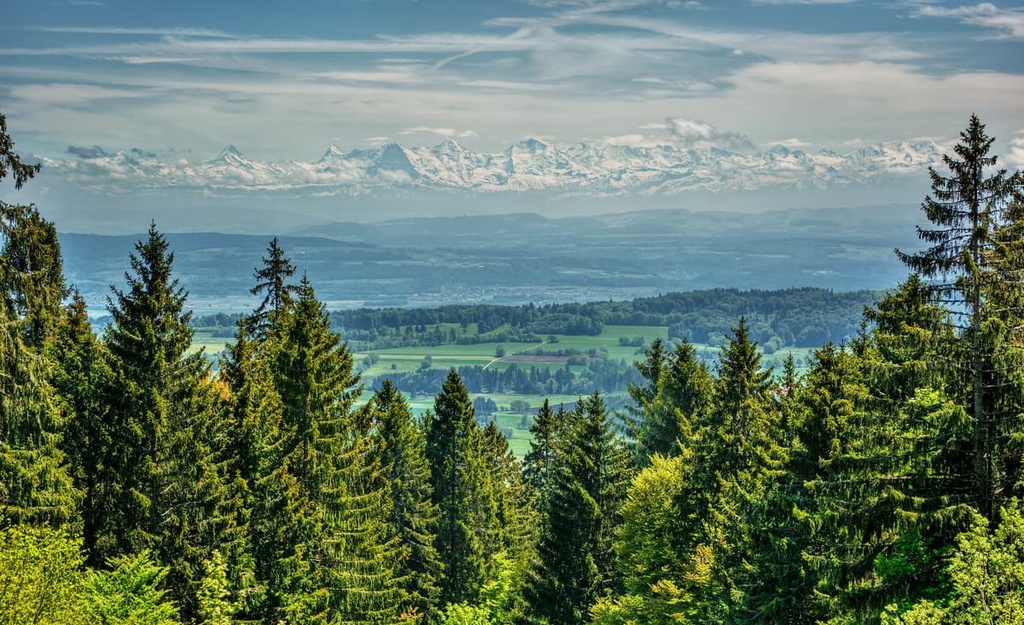 Chasseral Nature Park is situated in the canton of Bern in northwestern Switzerland. Its territory is mostly triangular in shape and it covers much of the region between La Chaux-de-Fonds, Neuchâtel, and Bienne.

The park covers 387 square kilometers (149 square miles) of land, which is about 1 percent of the country’s total area. The Chasseral massif lies in the center of the park. It is home to the tallest point in the Jura Mountains in Bern.

The Jura Mountains extend along the northern region of the park while Lake Bienne marks its southern border. Twenty-one municipalities lie throughout the park, offering a diverse range of landscapes for visitors to enjoy.

The lowlands near the shores of the lake are lined with small communities and rows of vineyards. At higher elevations, hikers will find vast plateaus coupled with dense forests. Many of the peaks in the park are free of trees and they are marked by grass-covered rocks.

Sweeping valleys run across the landscape allowing for the surrounding historic cheesemaking region to flourish. On a clear day, hikers can look south to find vast views of both the Swiss Plateau and the Alps. Various peaks from Säntis to Mont Blanc can be spotted from viewpoints along the southern edge of the park.

The landscape within Chasseral Nature Park is part of the Jura Mountains. This chain of mountains began forming during the Cenozoic Era, beginning around 65 million years ago. This same mountain building event, which is known as the Alpide orogeny, also formed the Alps in the southern portion of the country.

The Tethys Ocean once laid between the supercontinents of Laurasia and Gondwana. As these two tectonic plates began to shift towards one anothers, the ocean began retreating. Eventually the plates collided, forming the Alps and shaping the landscape throughout present-day Switzerland.

The Jura Mountains were slowly uplifted along with the Swiss Plateau over the course of millions years. The major deformational thrust that formed the range occurred during the Pliocene Epoch, around 5.3 to 2.6 million years ago.

This major thrust originated to the southeast of the range. The mountain building period for the Jura Mountains occurred as a result of at least two monumental thrusts. The first thrust formed many of the peaks within the range that lie in France, while the second thrust formed the inner ranges in Switzerland, including the peaks found within the park.

Alternating layers of limestone and marl make up the geological structure of the Jura Mountains. These limestones and marls are particularly permeable, which has resulted in a deficiency of surface water in the region.

Despite its relatively small area, Chasseral Nature Park is home to diverse landscapes and an array of both flora and fauna.

The nearby lakes and rivers of the park provide the ideal setting for European perch, common bream, and pumpkinseed fish. Ducks, songbirds, and swallows fill the sky in Chasseral along with black kites, long-eared owls, and white storks.

The remains of a Magdalenian hunting camp dates human history near Chasseral Nature Park to at least 13,000 BCE. Around 11,000 BCE, Azillian hunters were believed to have inhabited the same camp.

The Roman Empire conquered the region during their rule and built a road connecting Biel/Bienne to Petinesca, passing over the Jura Mountains. After the fall of the Roman Empire, the region’s established cities and towns continued to grow in population, particularly along the shores of the nearby lakes.

During the fifth century, the region was invaded by the Burgundians and became part of Upper Burgundy. Germanic speaking Alamanni people settled around Lake Bienne outside of the park throughout the sixth through eighth centuries.

By the nineteenth century, the land around the park officially became part of the Swiss Confederation. Chasseral Nature Park was officially established in 2012. Today, around 39,000 people live within the park boundaries, and the region is known for its cheese making industry and its production of fine Swiss watches.

Chasseral Nature Park is home to numerous trails for hiking and outdoor recreation. Here are some of the most popular trails and regions in the park:

Petit Chasseral is one of the most direct routes to reach the summit of Chasseral. Beginning in the village of Les Bugnenets - Savagnières, the loop trail climbs through forests and vast open fields before reaching the summit.

A lookout tower can be found at the top, allowing for breathtaking views of Lake Bienne below. The trail is 13 km (8 miles) round-trip with 597 m (1,958 ft) of elevation gain. As there are numerous trails in the region, the route can be extended into the Nods et Chasseral Boucle Trail.

This longer route still takes hikers to the summit but features more forested sections while you explore the region to the northeast of the peak. This route is 24.5 km (15.2 miles) long with 775 m (2,542 ft) of elevation gain.

Neuveville - Crêt-du-Puy is a point-to-point trail that begins along the shores of Lake Bienne. The route climbs steadily up into the Jura Mountains to Crêt-du-Puy. From the summit, hikers are rewarded with sweeping views of both Lake Bienne and Lake Neuchâtel.

The trail is 12.4 km (7.7 miles) long one-way and it has 955 m (3,133 ft) of elevation gain. The viewpoint is situated near the center of the park, too, allowing hikers to see much of the surrounding landscape.

Sonceboz - Chasseral - Chaumont - Neuchâtel is a multi-day point-to-point trail that traverses the park. Beginning in the town of Sonceboz, the route travels up to the summit of Chasseral before descending to the shores of Lake Neuchâtel.

Looking for a place to stay near Chasseral Nature Park? Here are some of the best cities and villages to check out in the canton:

Biel/Bienne lies on the language border for the German-speaking and French-speaking regions of Switzerland. Biel is the German name of the city while Bienne is the French name. The city is situated on the northeast shores of Lake Biel to the south of the Jura Mountains.

The town is home to around 56,000 residents and has been a hub for the country’s watchmaking industry since the nineteenth century. While portions of the city feature high-rise buildings, the old town district is home to a gothic church town dating back to the fifteenth century.

Biel/Bienee lies in the “Three Lakes Region '' of Switzerland as it is home to lakes Biel, Neuchâtel, and Murten. Along the northern shores of Lake Biel lie various vineyards, all of which are popular among tourists in the region.

Neuchâtel is the capital city of its namesake canton, Neuchâtel. It is situated along the shores of Lake Neuchâtel and it is home to around 45,000 residents. The city is a center for watchmaking in Switzerland. The old town district of Neuchâtel is full of local shops, restaurants, and bars that are well worth checking out.

The medieval town core, castle, and collegiate church all date back to the twelfth century. Other popular sites to visit in the city include the Museum of Art and History, which is located in the "Palais des Beaux-Arts" (Palace of the Fine Arts). It’s also worth visiting the Laténium, which is the country’s largest archeological museum. 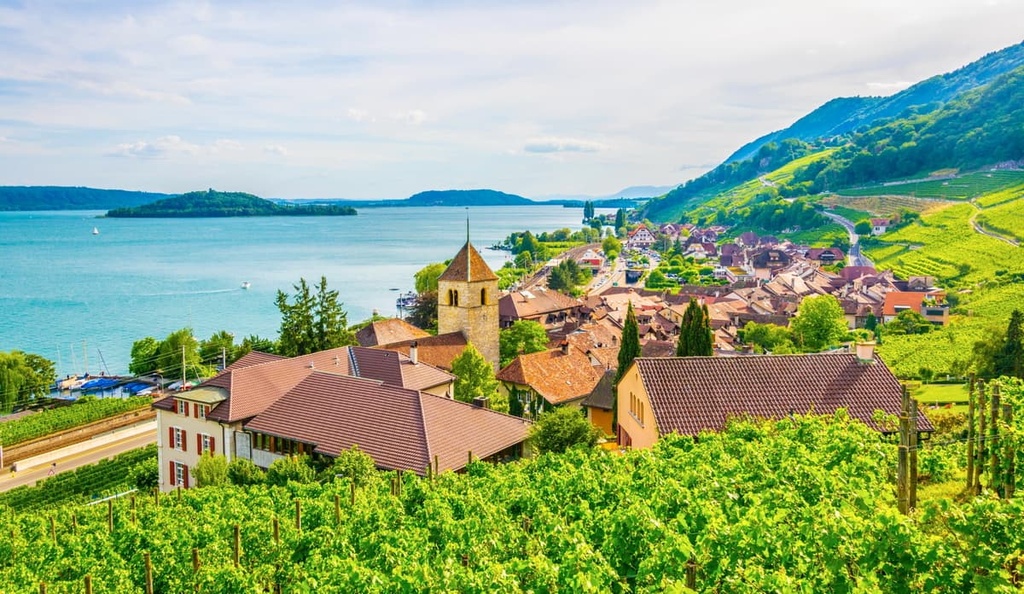 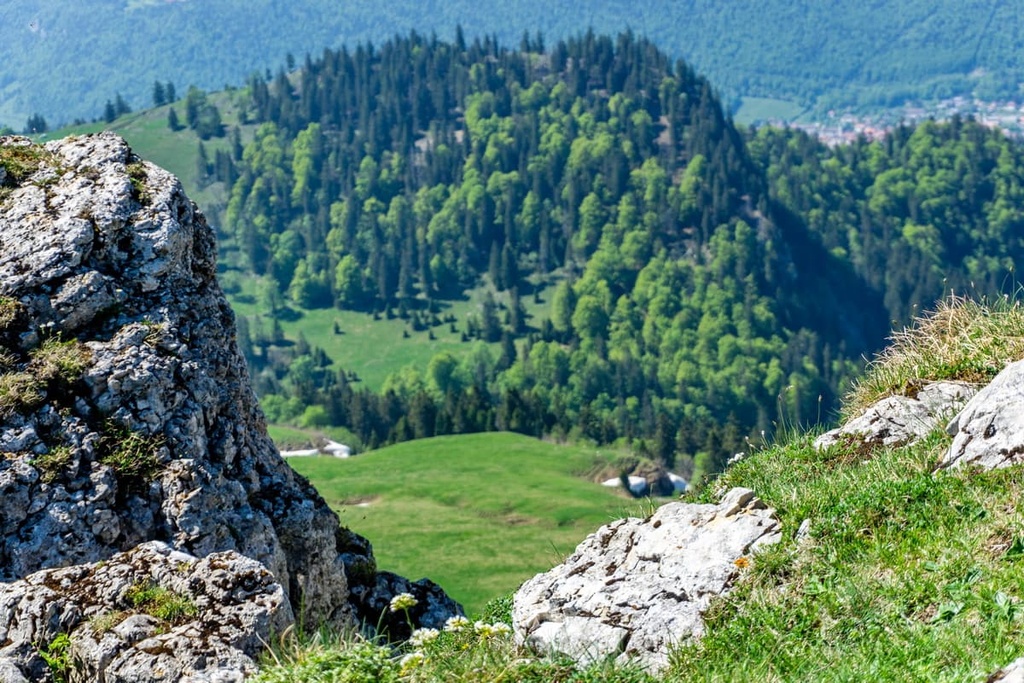 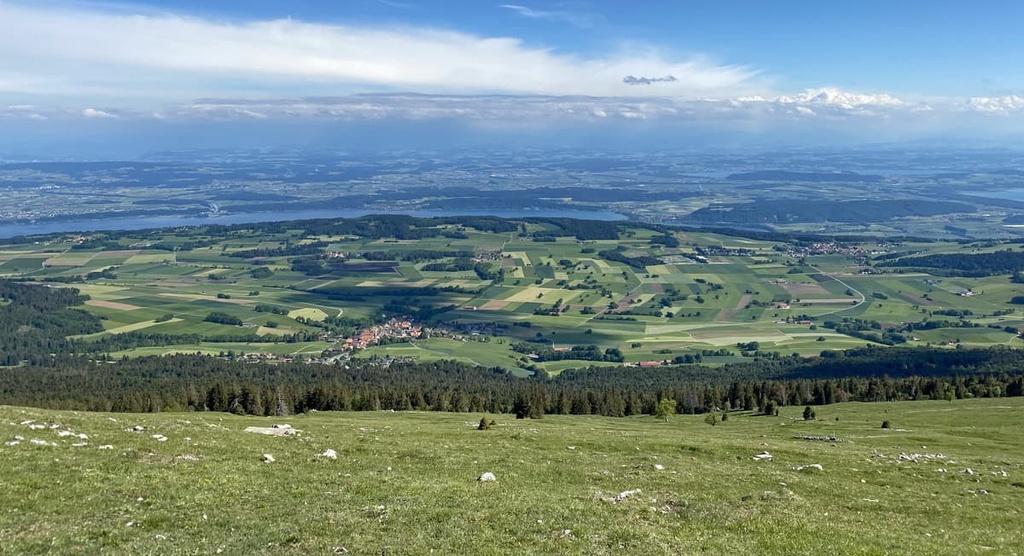 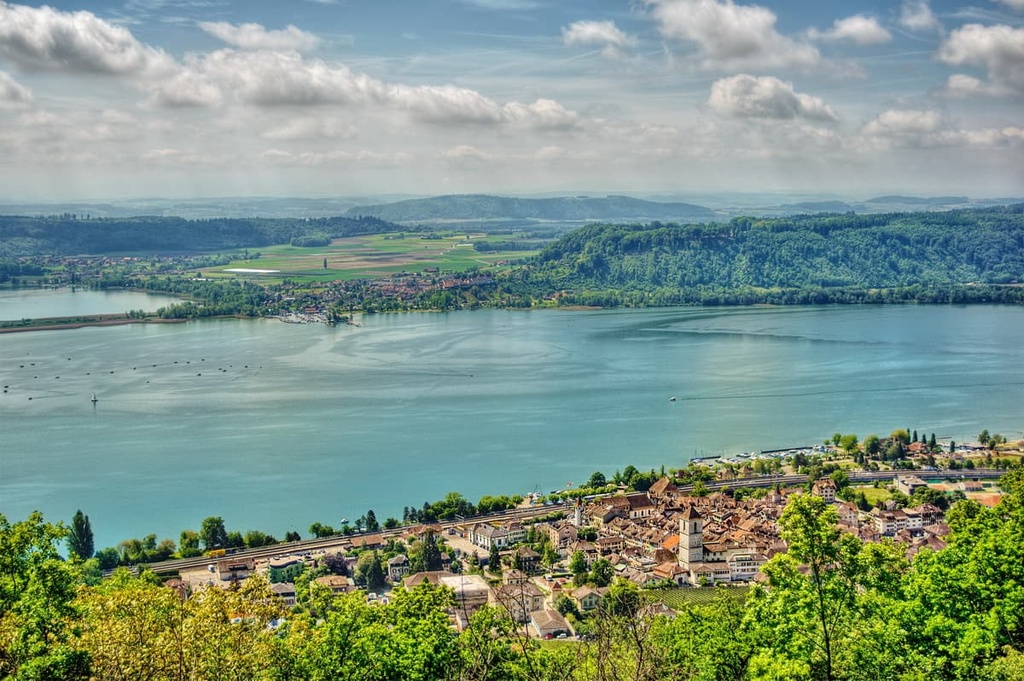 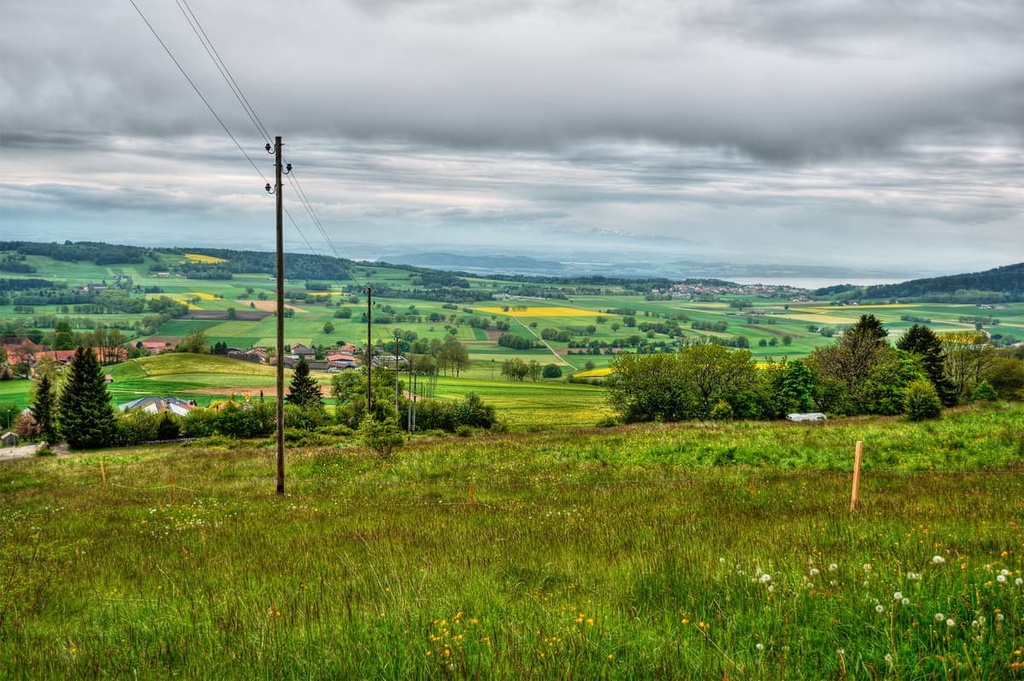 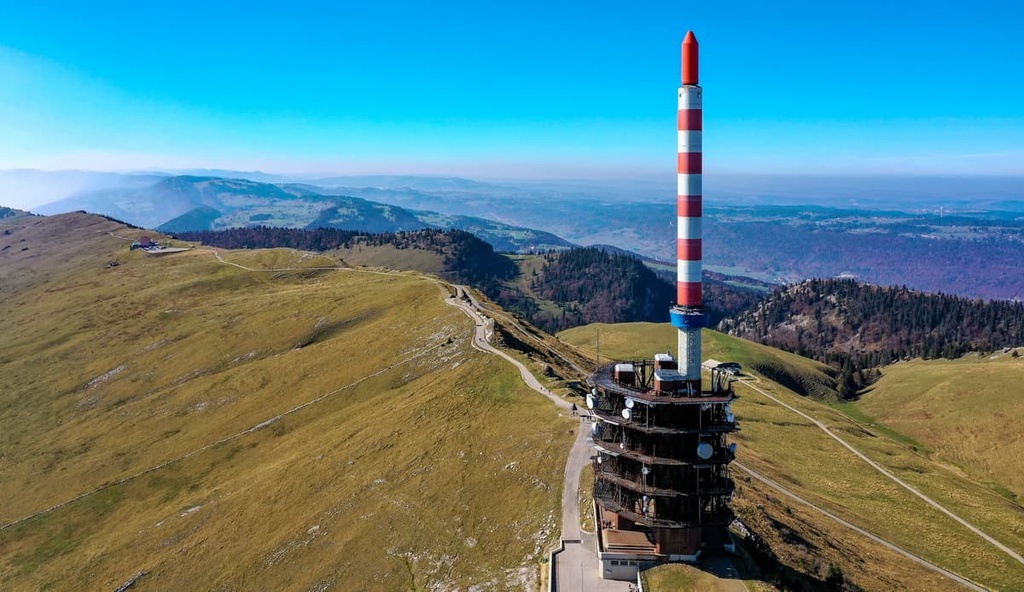