Gantrisch Nature Park is a mountainous region located in the western part of Switzerland in the canton of Bern. Dotted with small towns and villages, the park is home to 94 named mountains. The tallest and most prominent is Schafberg at 2,239 m (7,346 ft) in elevation with 737 m (2,418 ft) of prominence.

Gantrisch Nature Park is situated in western Switzerland between the cities of Bern, Fribourg, and Thun in the canton of Bern. The park spans 402 sq. km (155 sq. miles) of land and is situated along the Swiss Plateau.

The peaks in the park are part of the foothills of the Bernese Alps, with the tallest mountains located south of the park. Rugged and grassy peaks tower above the lush patches of forest and sprawling fields.

Small villages are found throughout the park. The Stockhorn massif is located directly south of the park while the Bernese Mittelland is located to the north. The peaks in the park are known as the Gantrisch, a small subrange within the larger Bernese Alps.

Small canyons weave amidst the forested hills while small rivers flow throughout the park. Despite the vast amount of forest at lower elevations, nearly all of the peaks in the park are free of trees, allowing for panoramic views of the sweeping hills below.

Gantrisch Nature Park is situated on the greater Swiss Plateau. The plateau covers around 30 percent of Switzerland, and it began forming around 60 million years ago.

During the Tertiary, tectonic movement helped create a large plateau in the region of what is now Gantrisch Nature Park. As sea levels rose about 20 million years ago, the plateau became covered with water.

Mineral sediments, such as sandstone, were deposited in the region during this time. Around 15 million years ago, the sea began to retreat, leaving behind rivers and lakes. Large rocks were moved across the region due to the most recent ice age.

The retreated glaciers left behind the peaks and vast valleys that now lie within the park. Lakes formed by this erosion are more present in the foothills while the rivers and valleys run throughout the region.

Despite its relatively small size, Gantrisch Nature Park is home to a wide variety of flora and fauna. A majority of the animals in the park seek shelter amidst the dense patches of forest.

Throughout the forests, rivers, and mountains of the park, visitors can find weasels, beavers, and chamois. Other species include snow hares, Cochlicopa nitens, and the horseshoe bat. The Cranberry fritillary is also found throughout the park during the warmer months.

Amidst the rolling hills, the landscape of the park is dominated by broadleaf forests. Common trees include silver firs and European beeches. Norway spruce grows at higher elevations along with small shrubs and wildflowers.

Human history on the Swiss Plateau dates back to thousands of years. During the Neolithic period many settlements were formed around the major lakes and rivers of what is now western Switzerland.

Around the third century BCE, large oppidas were built as the Celts arrived in the region. These settlements progressed into stone settlements during the height of the Roman Empire. Roman rule in the region led to the formation of many roads, connecting the most important settlements on the plateau.

After the Roman Empire, the Burgundians occupied the western region of the plateau, near where the park lies today. The city of Bern joined the Swiss Confederacy in 1353.

Over the next couple of hundred years, the city continued to steadily grow. Today Bern is the fourth largest city in all of Switzerland, though it’s population is slowly decreasing.

Though the park sits just outside of Bern, it has been relatively untouched by major human activity, at least when compared to other parts of western and central Europe. Small villages and farms are scattered throughout the region. In order to protect the biodiversity of the rolling foothills and peaks, the park was established in 2012 by the Swiss Confederation.

Gantrisch Nature Park is home to numerous trails for hiking and biking. Here are some of the most popular trails and regions in the park:

The Gurnigel Trail lies in the southern region of the park. The route is 16 km (10 miles) long with 540 m (1,771 ft) of elevation gain. Despite the fact that the trail is longer than many others in the park, the gradual elevation gain along the path makes it an easier hike than some of the larger climbs.

The trail passes through deep valleys while the rugged peaks tower above. Small villages and homesteads are found along the route. After reaching Pfyffe, the trail descends back to its starting point.

On the south side of the park lies the Gantrisch Umrundung Trail. This loop route is 10.6 km (6.6 miles) long with 751 m (2,463 ft) of elevation gain. The trail allows hikers to witness the varying landscapes within the park.

After traveling through sweeping meadows and valleys, the route ascends up to the summit of Gantrisch. From the top, hikers have panoramic views of the park below. Hikers should note that the final ascent to the summit involves a non-technical rock scramble.

The Belpberg Runde is situated on the northeastern tip of the park. The loop trail is 13.4 km (8.3 miles) long with 528 m (1,732 ft) of elevation gain. The trail winds through dense patches of forest and through open meadows while views of Belp can be seen throughout.

After reaching the summit of Belpberg, hikers have the option to descend the trail they came up, or take an alternate route back to the start.

Looking for a place to stay near Gantrisch Nature Park? Here are some of the best cities and villages to check out in the region:

Just north of the park lies the city of Bern. The city has a population of around 135,000 people, making it the fourth most populous city in Switzerland. The old town district of the city is a UNESCO World Heritage Site, which helps showcase the rich history of the region.

The Kunstmseum (Museum of Art) is another population attraction in the city, and it is home to over 50,000 paintings. Other popular activities in Bern include visiting the Berner Münster, the Paul Klee Center, and the Rosengarten.

The city of Fribourg is located to the northwest of the park. With a population of around 40,000, Fribourg offers the same close proximity to the park with far fewer people, compared to Bern. Within the city lie numerous bridges across the Sarine River.

The bridges also act as a symbolic joining of the German and French speaking regions of the country. The old town district is also popular amongst visitors as it contains over 200 well-preserved Gothic-style homes. Fribourg is also close to Gruyère Pays-d'Enhaut Regional Nature Park. 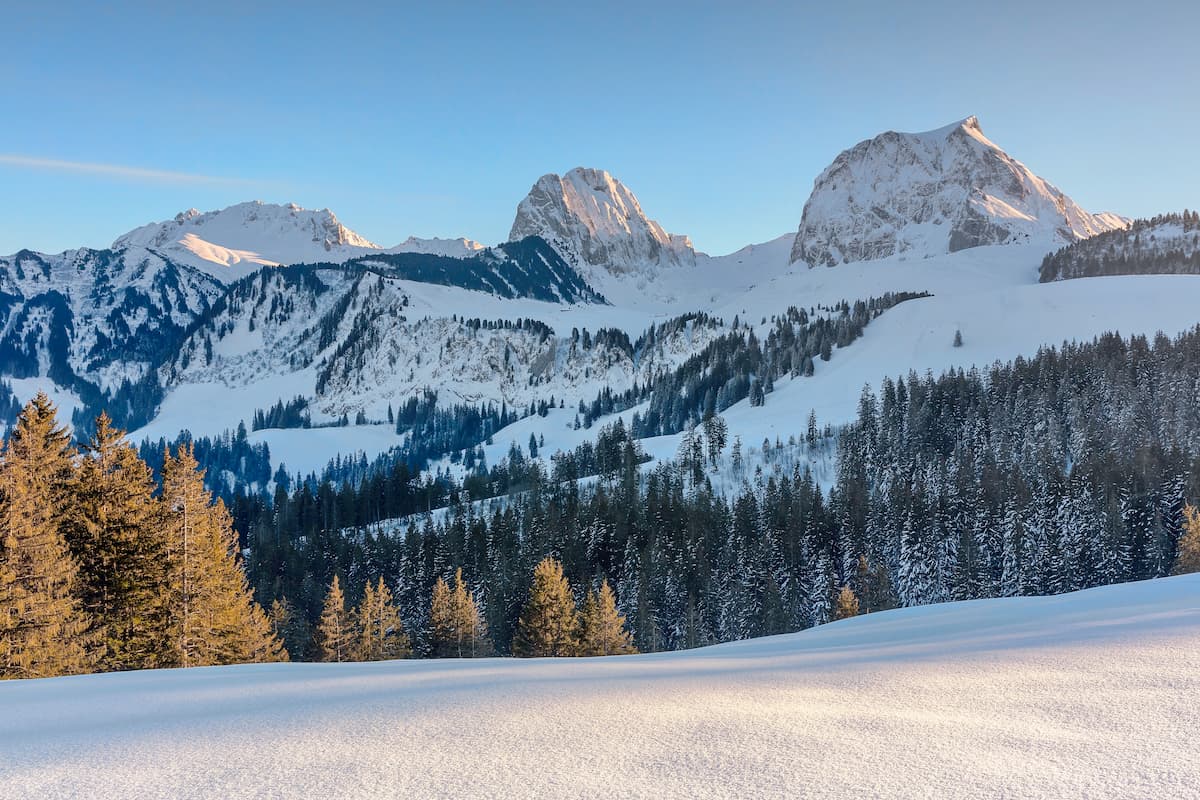 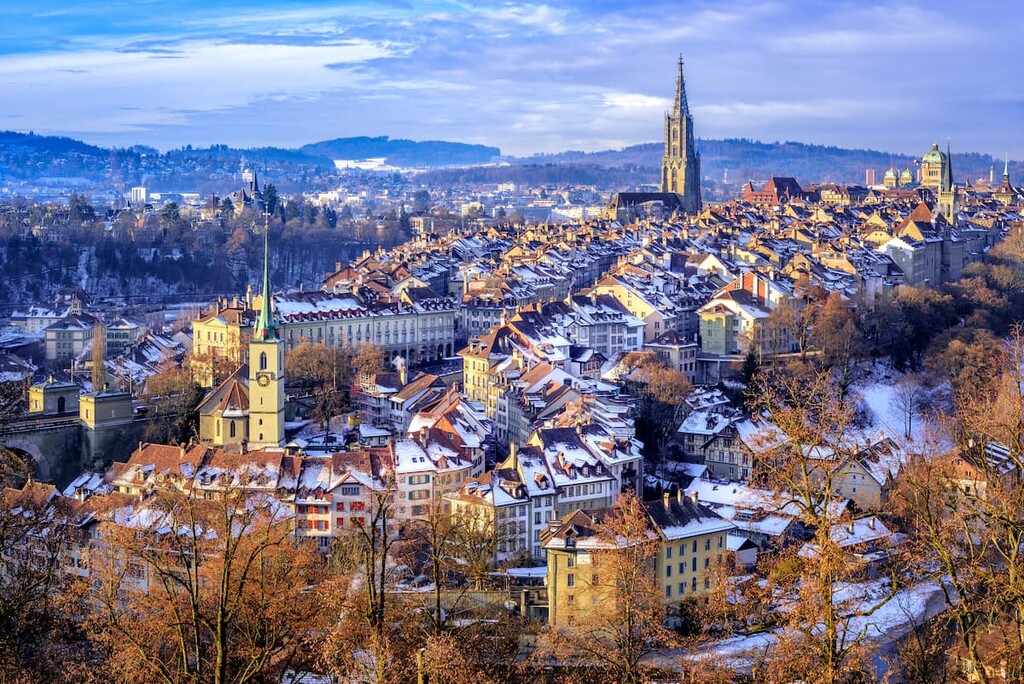 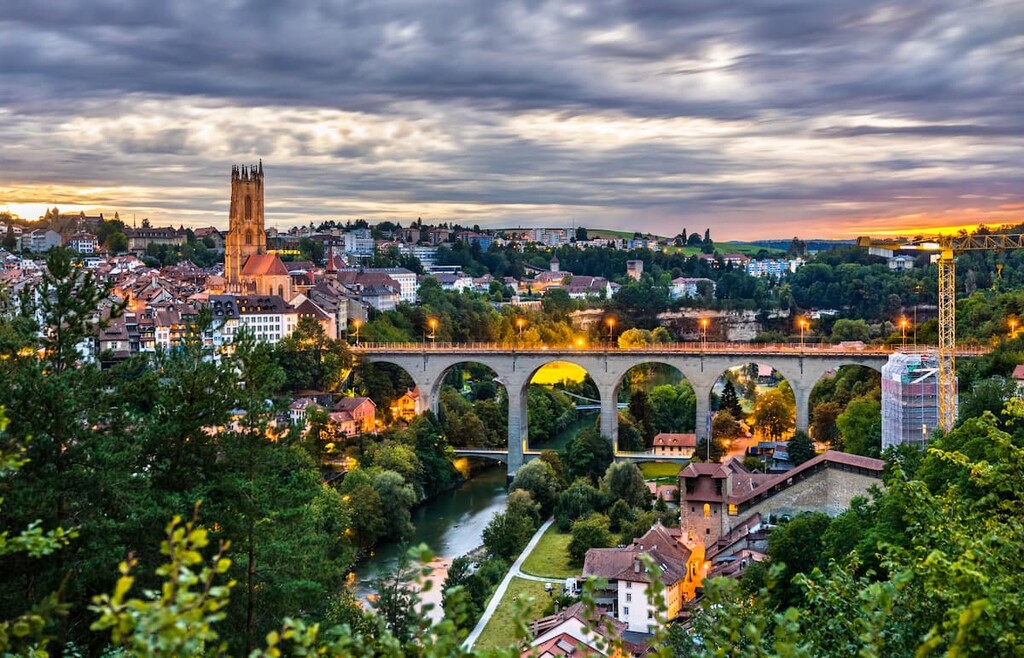 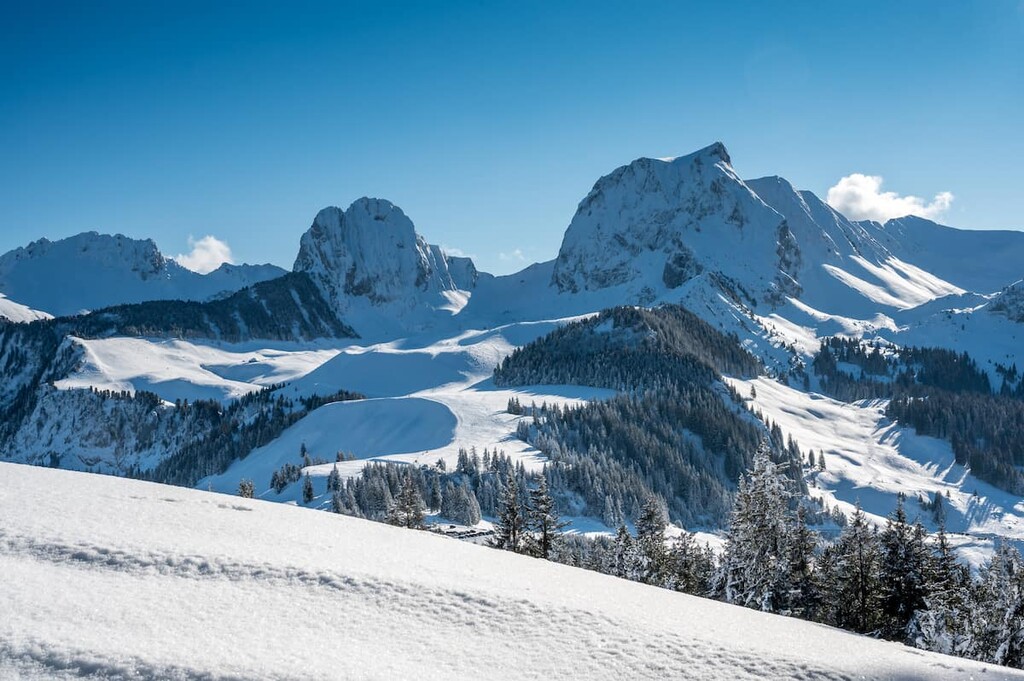 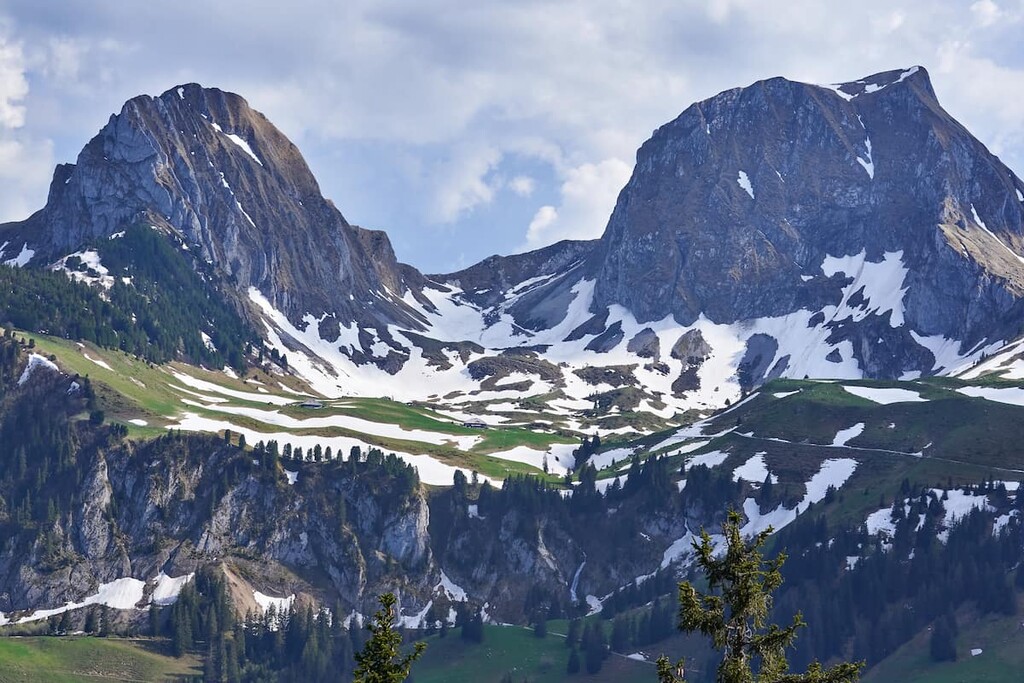 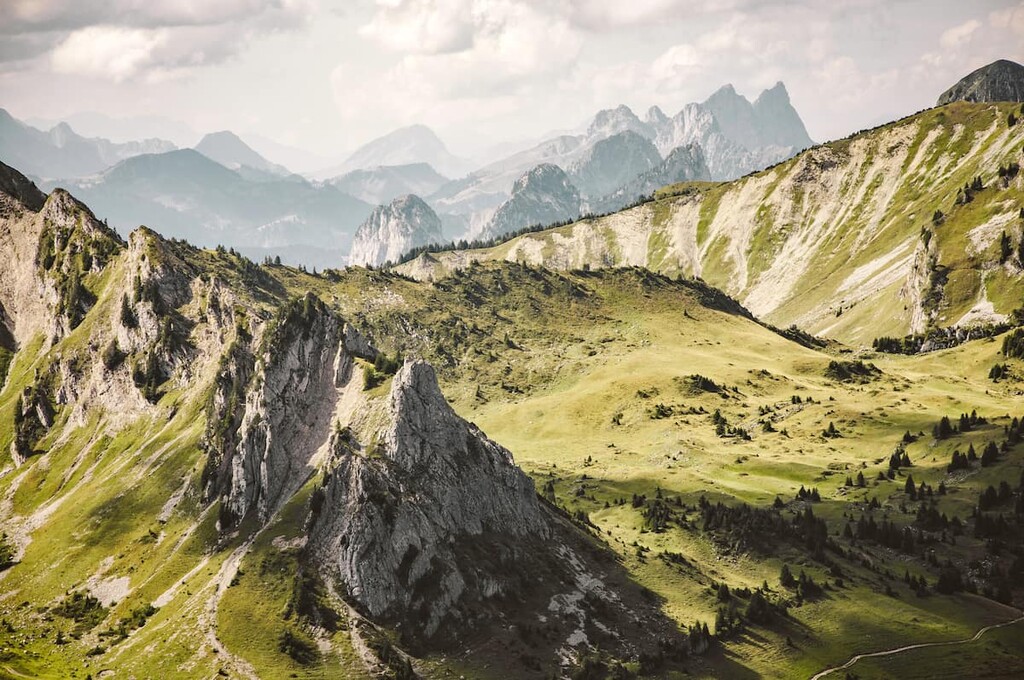