UNESCO Biosphere Entlebuch is a large protected area located in the central region of Switzerland near the city of Lucerne. The biosphere was the second UNESCO Biosphere Reserve to be established in Switzerland after Swiss National Park. Of the 96 named peaks in the biosphere reserve, Brienzer Rothorn is the tallest and most prominent, standing at 2,348 m (7,703 ft) in elevation with 338 m (1,109 ft) of prominence. 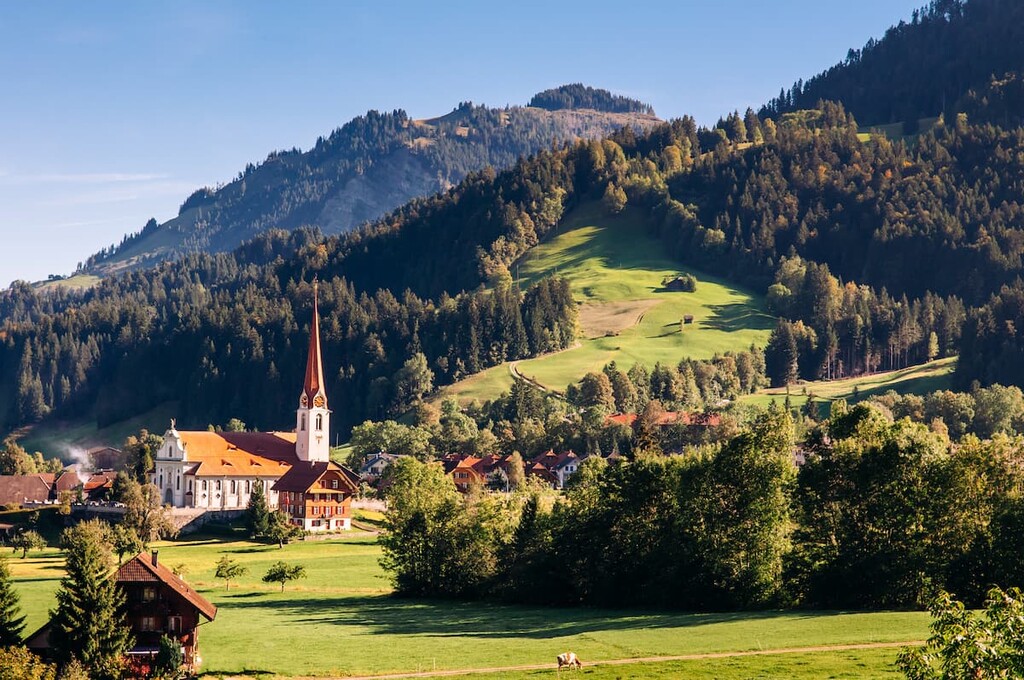 UNESCO Biosphere Entlebuch (UNESCO Biosphäre Entlebuch) is situated in central Switzerland between the cities of Bern and Lucerne. The biosphere marks the foot of the Alps and spans 397 sq. km (153 sq. mi) across the canton of Lucerne.

The Bernese Alps begin just to the south of the biosphere. Though massive peaks don’t dominate the landscape of Entlebuch, visitors can still witness the network of craggy karst formations that make this place so special.

Throughout the reserve, mountain streams wind through the foothills while large moors cover over a quarter of the landscape. The presence of large moors in the region is partly responsible for the high amount of biodiversity in the reserve, which is one of the main reasons the biosphere was established in the first place.

Lush alpine pastures are also interspersed throughout the patches of forest in the area. Though not the tallest peak in the biosphere, Schratteflue towers above much of the region. Its sheer rock face contrasts the lush valleys below.

Home to some of the most significant wetlands in the world, the biosphere offers a lush landscape within the foothills of the Alps.

Additionally, UNESCO Biosphere Entlebuch is located near other parks in the country. To the west lies Gantrisch Nature Park and Gruyère Pays-d'Enhaut Regional Nature Park, Diemtigtal Nature Park is to the southwest, and Chasseral, Doubs, and Thal Nature Parks are to the northwest.

UNESCO Biosphere Entelbuch is situated on the border of the Swiss Plateau and the Alps, notably the Swiss Prealps. The plateau began forming around 60 million years ago and today covers around 30 percent of Switzerland.

The Alps themselves began to form approximately 65 million years ago during the Alpine orogeny, a major mountain building event that’s responsible for the formation of dozens of other major ranges in Europe, southern Asia, and northern Africa, such as the Pyrenees, Himalaya, Karakoram, Caucus, Atlas, Carpathian, and Hindu Kush ranges.

Due to this sea coverage, mineral sediments were deposited along the seafloor. As the sea began to retreat around 15 million years ago, the sediments that the sea left behind were compacted into the sandstones, dolomites, and limestones that we see today.

The last major glaciation also played a major role in the shaping of the Alps. During this time, glaciers slowly moved massive rocks onto the plateau while glacial retreating further carved out the landscape. Sheer rock faces and wide sweeping valleys were left behind during the retreat of the glaciers.

As its name suggests, UNESCO Biosphere Entlebuch is home to a unique set of biological characteristics. That being said, the reserve is also home to approximately 17,000 people who live in communities throughout the region. As such, the reserve seeks to strike a balance between environmental preservation and sustainable resource extraction.

As far as wildlife goes, the reserve is home to weasels, beavers, and chamoises. The horseshoe bat and snow hare can also be spotted in the biosphere, as well as in the nearby Gantrisch Nature Park.

Meanwhile, the landscape is marked by sedges, alder, birch, and the frangula shrubs. Amidst the rolling hills, the landscape of the biosphere is dominated by broadleaf forests.

Common tree species in Entlebuch include European beeches and silver firs. Along the karst formations in the biosphere lie numerous species of alpine grasses and wildflowers that bloom during the summer months.

Humans have inhabited the region surrounding the biosphere for thousands of years. The first settlement dates back as early as the Neolithic period.

The earliest established settlement was situated near present day Bern around 300 BCE. Over the next hundred years the small settlement was fortified. The Roman conquest forcibly turned the settlement into a vicus and situated it along Roman trading routes.

The vicus was eventually abandoned after the fall of the Roman Empire. In the Early Middle Ages, settlements began forming once again in the region, including the construction of a Burgundian castle.

The twelfth century brought about the founding of nearby Bern. The city of Bern joined the Swiss Confederacy in 1353. Bern continued to expand throughout the coming centuries.

A large fire in the fourteenth century destroyed much of the settlement which led to sandstone structures being built, now a defining feature of the Old Town. Today Bern is the fourth largest city in all of Switzerland and it is the country’s de facto capital.

Small villages are scattered throughout the biosphere, many being home to just a few thousand people. In order to preserve and protect the moors of the region, the UNESCO Biosphere Entlebuch was established in 2001.

UNESCO Biosphere Entlebuch is home to numerous trails for hiking and biking. Here are some of the most popular trails and regions in the biosphere:

The Glaubenberg - Fürstein loop trail is 8 km (5 miles) long with 596 m (1,955 ft) of elevation gain. The trail climbs steadily up past the summit of Sewenegg before reaching the top of Fürstein.

The descent of the trail takes hikers through lush alpine meadows with small patches of trees scattered throughout. The trail offers sweeping views of the wide valleys as well as the moor landscape.

Mittaggüpfi Rundweg is an alpine loop trail, taking hikers up to the summit of Mittaggüpfi. The route is 7 km (4.4 miles) long with 770 m (2,526 ft) of elevation gain.

After climbing through the forested section, hikers walk along the ridgeline trail with views of Lake Lucerne in the distance. Though beautiful, some of the trails can be technical with ropes allowing for an easier passage.

Parts of the trail are along a packed gravel road, allowing for bike access some of the way. The trail then passes Schimbrigbad, which was once a resort. After burning down twice, Schimbrigbad is now an alpine pasture that offers views of the lush surrounding hillsides.

Looking for a place to stay near UNESCO Biosphere Entlebuch? Here are some of the best cities and villages to check out in the region:

Situated to the northeast of the park lies the city of Lucerne. With a population of over 80,000 people, Lucerne is the most populated city in central Switzerland. Kapellbrücke (chapel bridge) is one of the most popular sites in the city, being the oldest wooden covered bridge in all of Europe.

Situated on Lake Lucerne, the city offers access to the rest of the country due to its central location. The summit of Mount Pilatus (Tomilshorn) offers unmatched views of the lake, town and surrounding peaks of the Alps. A short gondola ride takes visitors to the summit.

The city of Bern is located to the west of the reserve. With a population of 135,000 people, Bern is the fourth largest city in the country. It is also the country’s de facto capital. The old town district is incredibly well preserved and has been designated a UNESCO World Heritage Site.

Other popular sites include the Kunstmseum (Museum of Art), Bern’s Rose Garden, Cathedral of St. Vincent’s, as well as a multitude of fountains. As a major city in the country, Bern provides easy access to other regions of Switzerland. 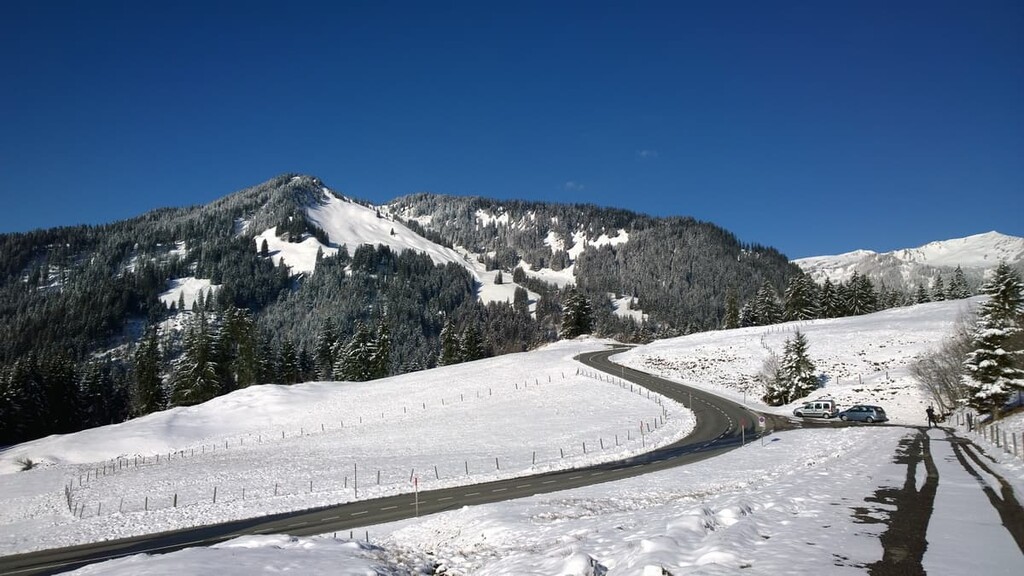 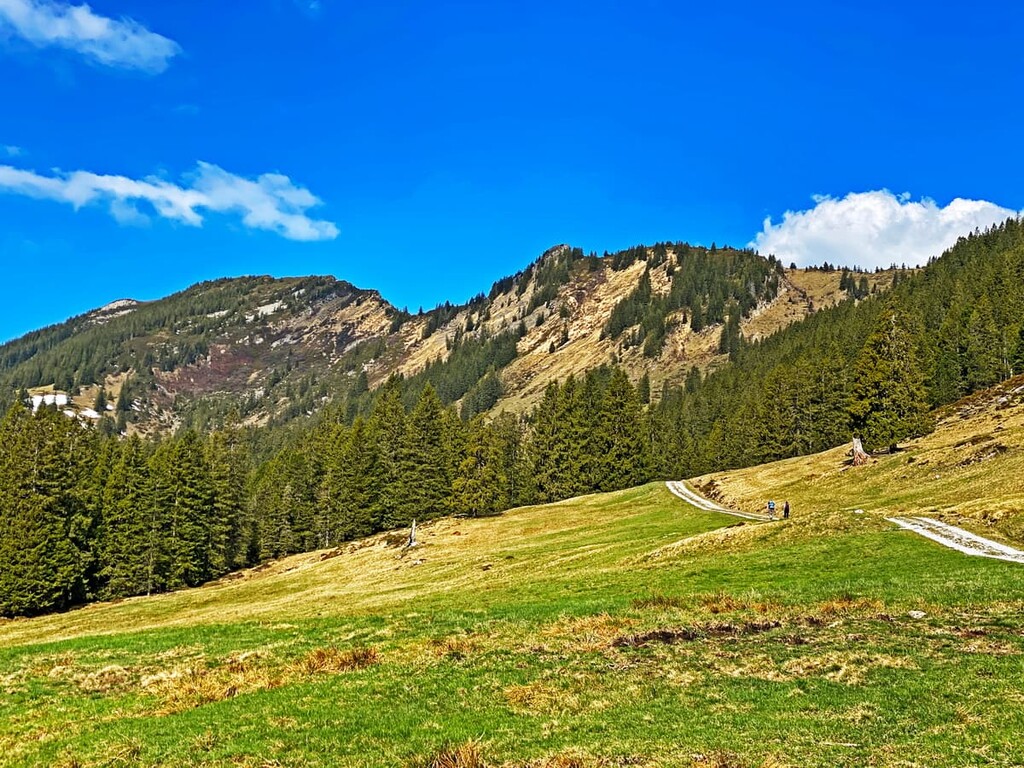 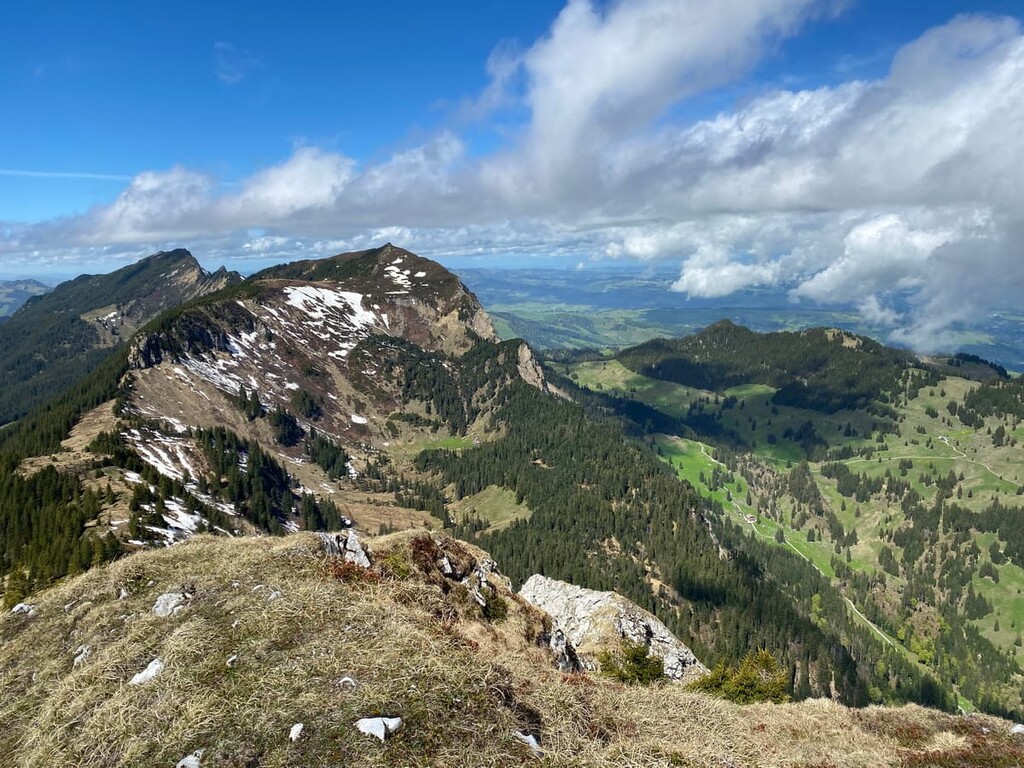 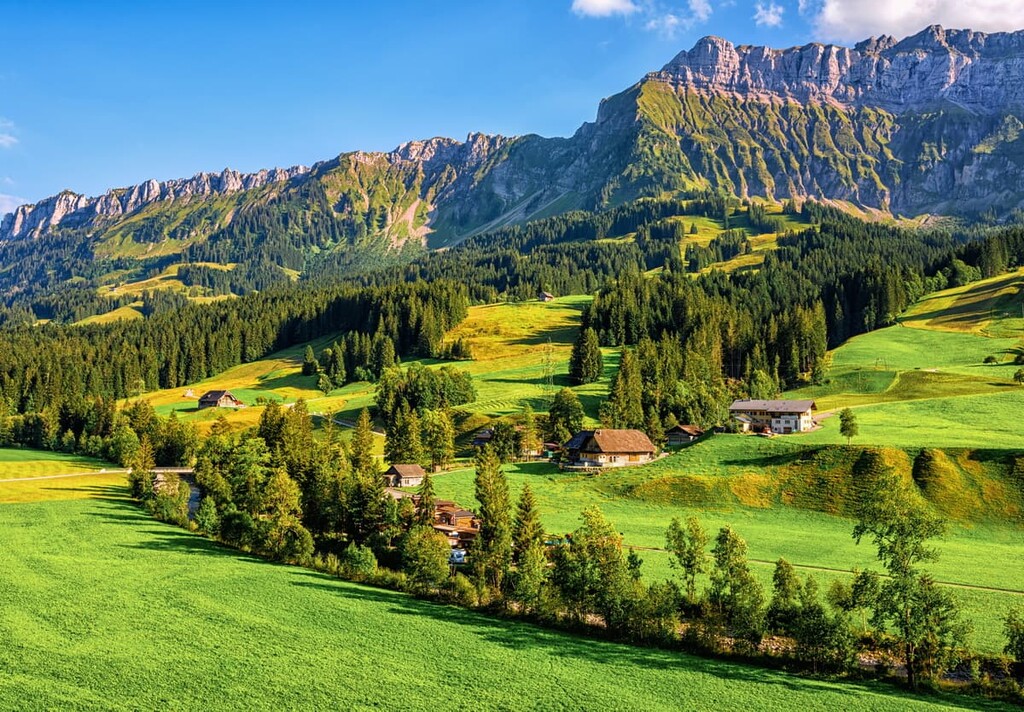 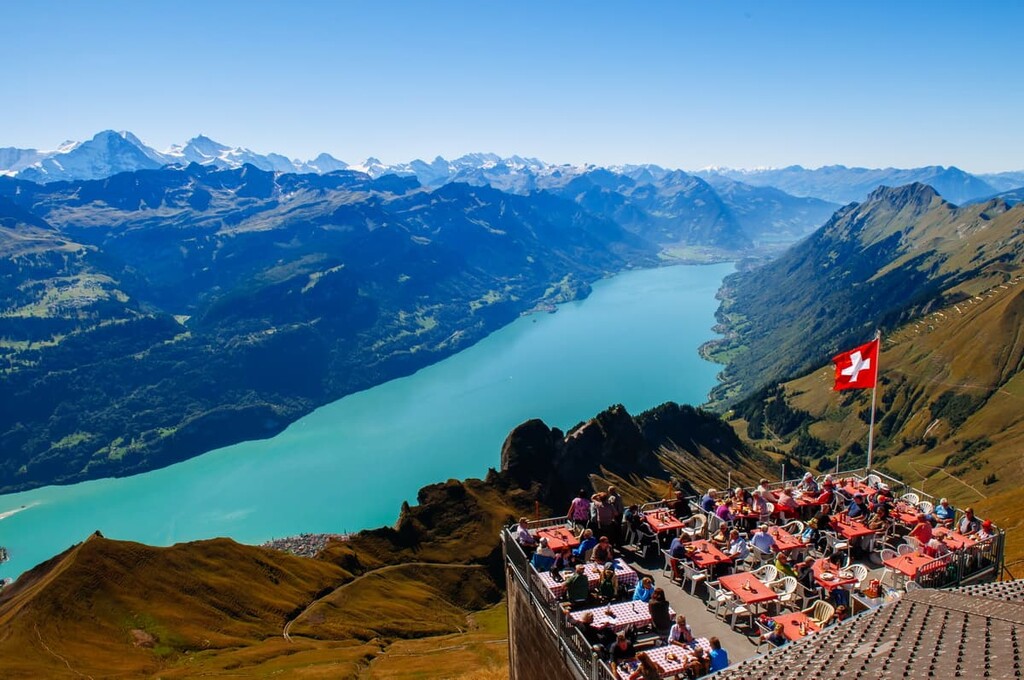 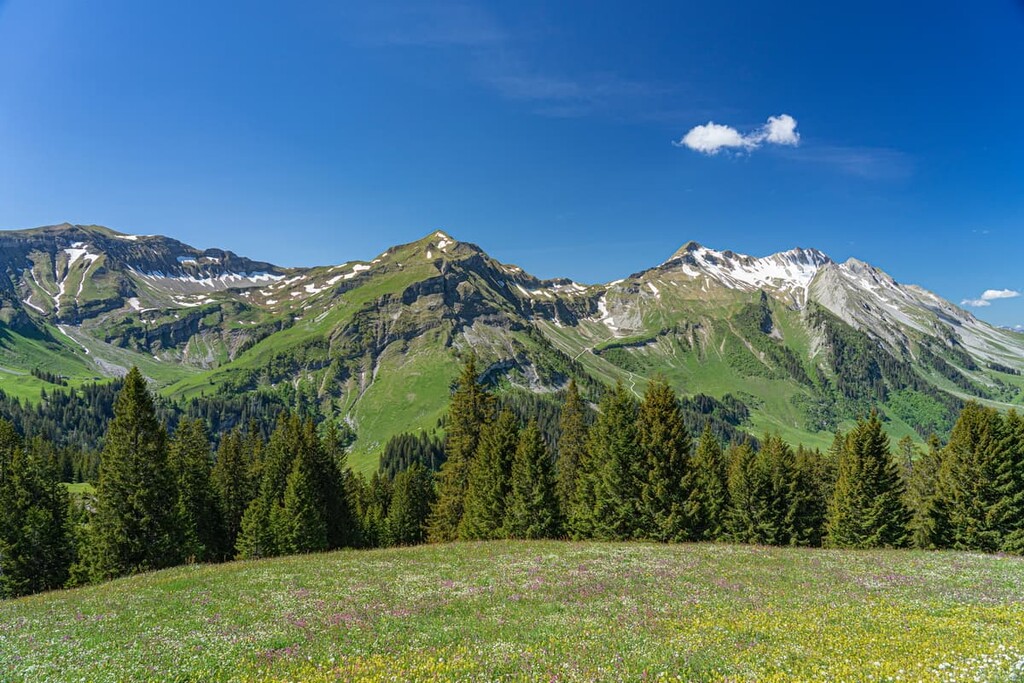