Lucerne (Luzern) is a canton located in central Switzerland. The canton is home to a diverse landscape that’s home to both large farms and fantastic outdoor recreation areas. There are 227 named mountains within Lucerne. The tallest and most prominent peak is Brienzer Rothorn, at 2,348 m (7,703 ft) in elevation with 1,338 m (4,390 ft) of prominence.

The canton of Lucerne (Kanton Luzern) is situated in central Switzerland within the foothills of the Alps. The canton encompasses 280 sq. km (720 sq. mi) of land.

The northern foothills within the canton are part of the Urner Alps, which are also referred to as the Uri Alps. Massive peaks don’t dominate the landscape in Lucerne, but visitors can still witness the network of craggy karst formations that are found throughout the canton.

Higher elevations in Lucerne are marked by rugged peaks and mountain streams. Large sections of moors can be found in the foothills of the region. Here, alpine pastures are also intermixed with dense sections of forest.

The lush valleys of the canton slowly transition down to the shores of Lake Lucerne. The northwestern tip of the lake lies within the canton. The Kleine Emme, a tributary of the river Reuss, flows southwest through Lucerne.

Elevation changes within the foothills of Lucerne are gradual. Wide valleys provide fertile soil and the ideal landscape for a plethora of smaller communities. Hiking trails often traverse the valleys or travel along mountain crests. Due to the lush pastures found in the region, agriculture has become an integral part of the economy within the canton.

Lucerne spans from the foothills of the Alps to the vast Swiss Plateau. The plateau marks the northern region of the canton and it began forming around 60 million years ago. Today the plateaus covers approximately 30 percent of the country.

The Alps, located in the southern region of the canton, began forming around 65 million years ago. The Alpine orogeny not only formed the Alps, but also other ranges in Europe, southern Asia, and northern Africa. These other ranges include the Pyrenees, Himalaya, Karakoram, Caucus, Atlas, Carpathians, and the Hindu Kush.

The Tethys Ocean once lay between the supercontinents of Gondwana and Laurasia. However, as the two tectonic plates collided, the immense pressure led to the uplift of the region, forming the plateau and the Alps.

Sandstone and limestone formed from the deposition of ocean sediments from the Tethys Ocean still dominate the landscape to this day. Millions of years of erosion, from the changing elements and the retreat of the glaciers, have also shaped the region into the landscape that we see today.

These massive glaciers helped move massive rocks across the plateau, while further carving out the craggy and rugged mountain tops. Today, sheer rock faces and sweeping valleys showcase the remains of the once massive glaciers.

Flora and fauna thrive throughout the varying landscapes of the canton. Throughout the region, both European beech and silver fir trees are present.

Vast sections of Norway spruce are common along the plateau though they are primarily planted for pulp and other products. The Norway spruce can also be found growing naturally at higher elevations.

Other trees in the region include oak, maple, and tilia. Within the UNESCO Biosphere Entlebuch also lie populations of sedges, birch, alder, and frangula shrubs. Alpine grass and wildflowers are common amongst the pastures.

Common animals throughout the canton include chamois, weasels, and beavers. Marmots and mountain hares can often be spotted among the alpine regions while the brown hare and various species of mice are often spotted closer to cities.

The forested sections of the canton are home to populations of wild boar. The alpine ibex can be spotted in the southern region of Lucerne. The canton is also home to multiple species of bats, the most notable of which is the greater horseshoe bat.

Various bird species inhabit the region. These include gulls, grebes, and bitterns. The peregrine falcon and red-footed falcon are also common. The brown trout is found in many of the waterways within Lucerne.

Settlements in the region date back to the Paleolithic and Mesolithic time periods. The structures built during this time were made of bark and clay. These cultures relied heavily on domesticated animals. The fertile land allowed them to raise goats, pigs, sheep, and cattle.

Throughout the Bronze Age, much of the canton was settled, especially the land along the plateau and near Lake Lucerne. Settlements were also located along the shores of Lake Sempach and Lake Baldegg.

Around this time, communities grew tremendously in size, particularly during the Roman era. Farms were established in many of the valleys within the region, helping to provide food for the rest of the canton.

After the fall of the Roman Empire, Lucerne was settled by a Germanic tribe known as Alamanni. Many of the new settlements created structures away from the older Roman communities.

The city of Lucerne grew around a monastery that was founded in the eighth century CE. The region was referred to as a town for the first time in 1252. Shortly thereafter, in 1291, Lucerne was conquered by the Habsburgs.

Lucerne became the fourth member of the Swiss Confederation in 1332, joining forces with the three other forest cantons of Uri, Schwyz, and Unterwalden (now Obwalden and Nidwalden). In 1386, the Battle of Sempach forced the Habsburgs out of Lucerne.

From the sixteenth century to 1798, the region was ruled by an aristocratic oligarchy. When the Helvetic Republic fell in 1803, Lucerne became one of the six directorial cantons.

Today, much of the canton’s economy revolves around agriculture. Some of the most important products include fruit, crops, and cattle. Tourism is also a vital part of the economy.

In order to help preserve and protect the moors of the region, the UNESCO Biosphere Entlebuch was established in 2001. The reserve remains one of the largest areas of protected land in Lucerne.

Lucerne is home to numerous trails for hiking and outdoor recreation. Here are some of the most popular trails and regions in the canton:

Situated in the eastern region of the canton lies the Rigi Panorama Trail. The route follows an old railway just north of Lake Lucerne.

This trail is 14.8 km (9.2 miles) long with 422 m (1,384 ft) of elevation gain. After passing through a forested section, the route opens up into vast fields, surrounded by wildflowers during the summer months. Here, hikers are treated to panoramic views of Lake Lucerne while the snow capped Alps extend to the south.

At higher elevations, the route opens up to vast valleys and extensive rock fields amidst the steep hillsides. From Mt. Pilatus, visitors can take in the sweeping views. The route can be completed as an out-and-back trek or hikers can descend by cable car.

Though a majority of the trails in the canton are near the lake, surrounding the city of Lucerne, hiking routes can also be found within the UNESCO Biosphere Entlebuch.

Here, hikers will find incredible views and far more solitude than those near the major cities of the region. Popular routes include Glaubenberg - Fürstein, Mittaggüpfi Rundweg, and the Schimbrig - Hengst loop.

Looking for a place to stay near Lucerne? Here are some of the best cities and villages to check out in the region:

Lucerne is the capital of the canton of Lucerne and its largest city with about 82,000 residents. As one of the most populated cities in central Switzerland, it is a hub for cultural events. One of the most popular sites is Kapellbrücke (chapel bridge). The bridge is known for being the oldest wooden covered bridge in all of Europe.

The city is situated on the northwestern shores of Lake Lucerne. The summit of Mount Pilatus (Tomilshorn) towers above the lake and city. From the summit, visitors are provided with unmatched views of the surrounding landscape. A short gondola ride or a long hike take visitors to the summit.

Located on the Swiss Plateau within the canton of Lucerne lies Sursee. With a population of around 10,000, the municipality is situated on the northern end of Lake Sempach. The community is known for its unique architecture and for its well-preserved Neolithic-age pile-dwellings.

From the shores of Lake Sempach, visitors can enjoy a quaint experience while the Alps span out to the south. Visitors can also check out the city’s UNESCO World Heritage Site. 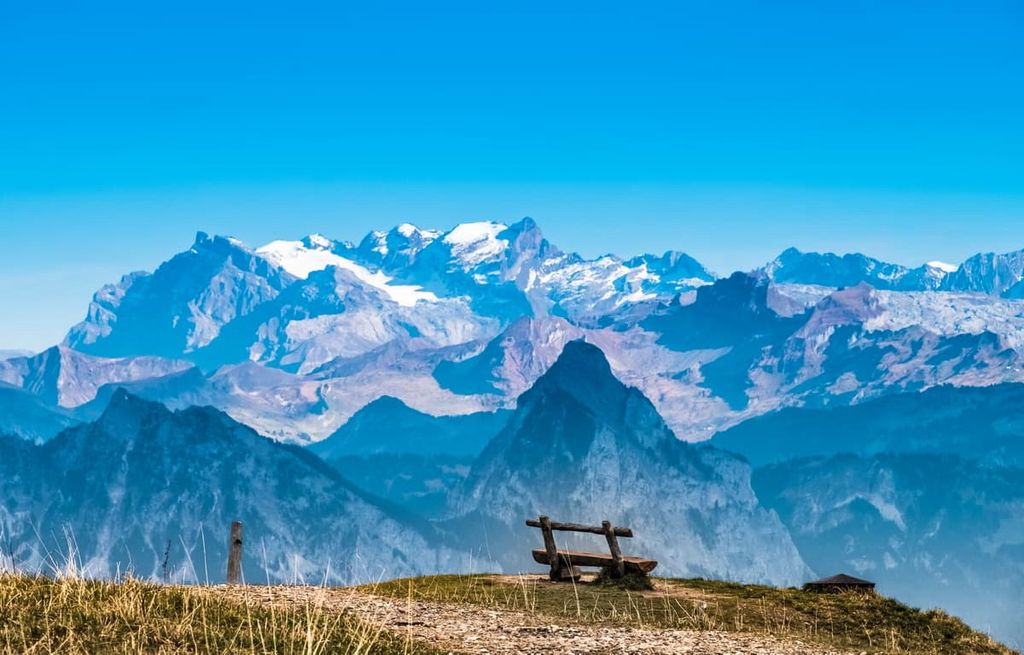 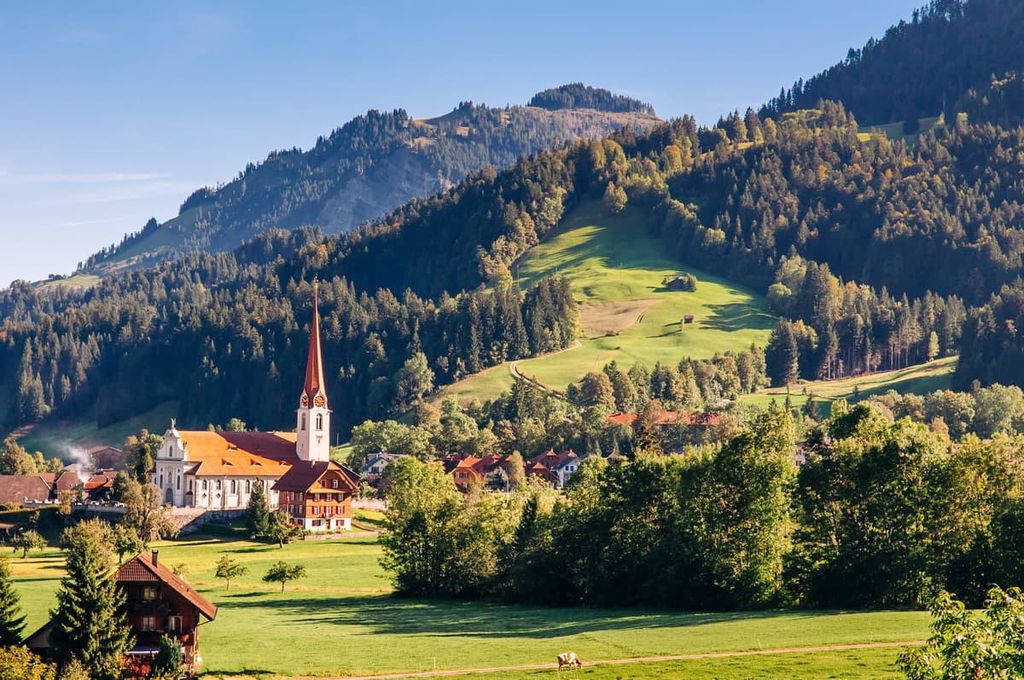 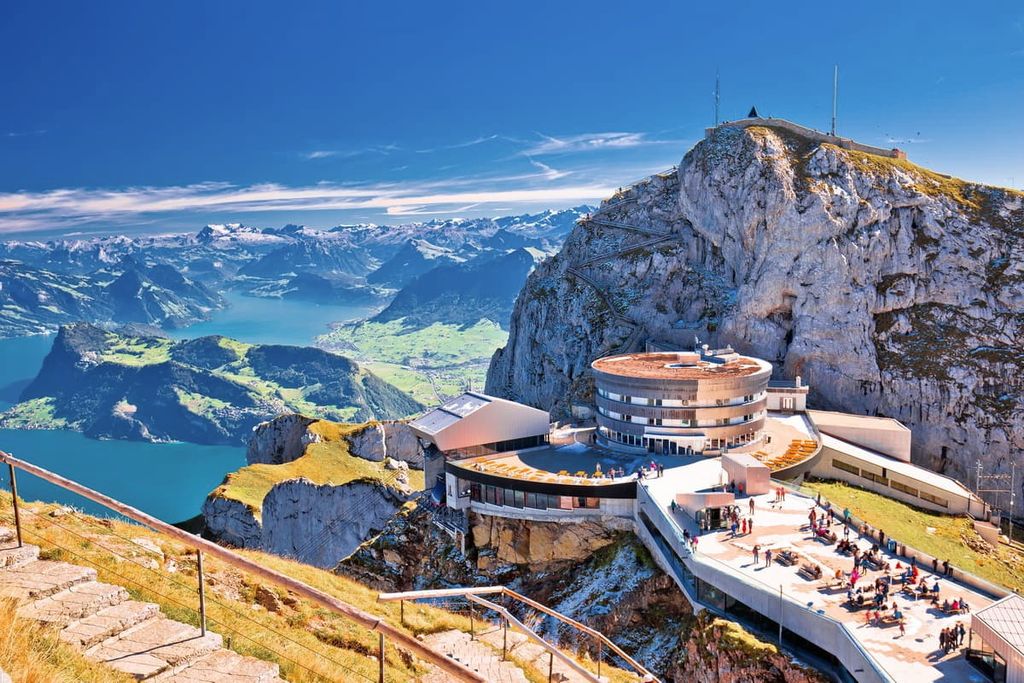 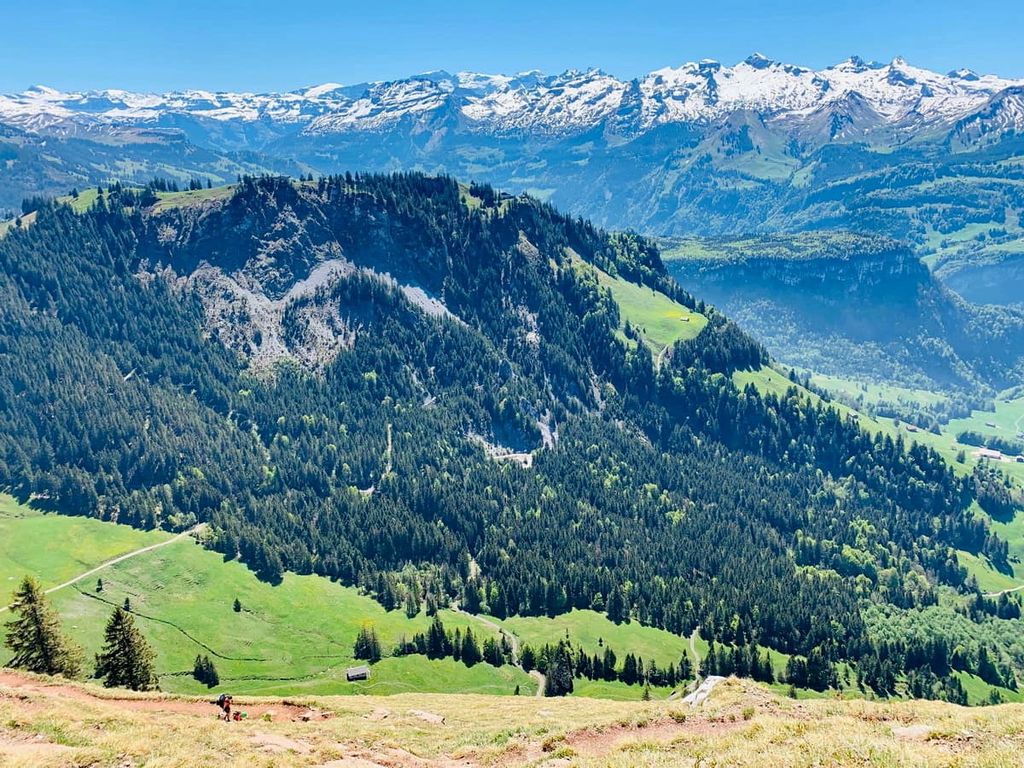 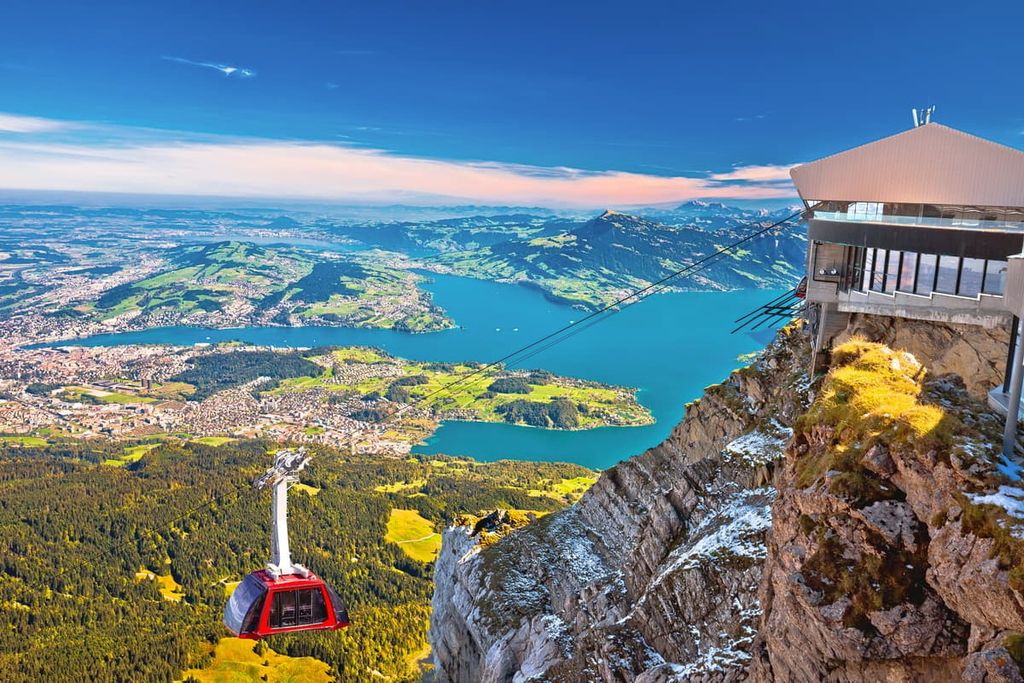 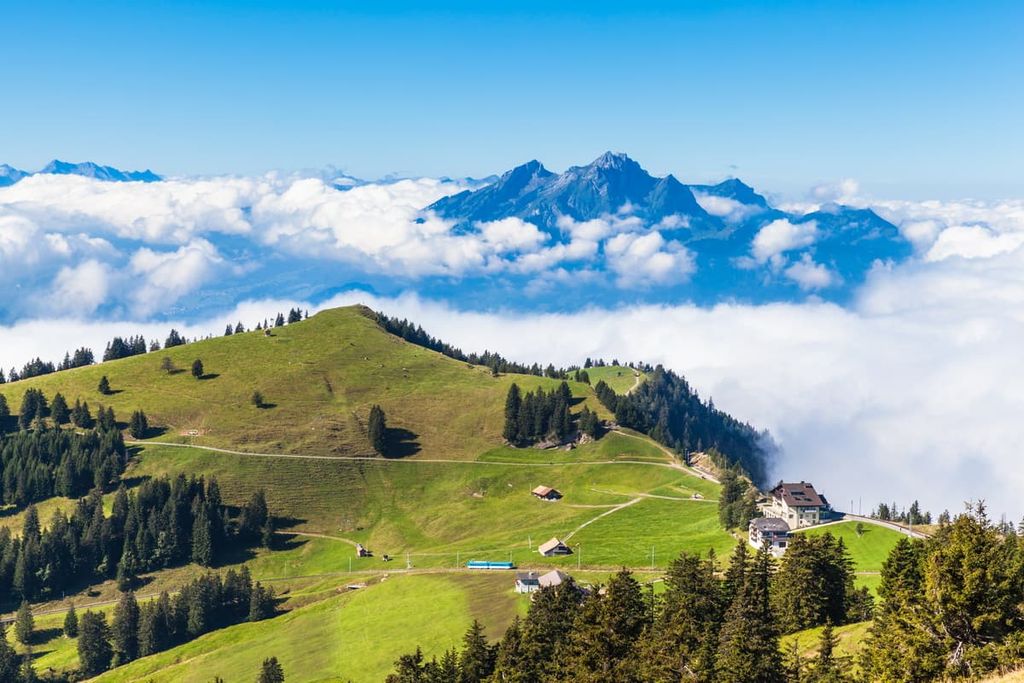 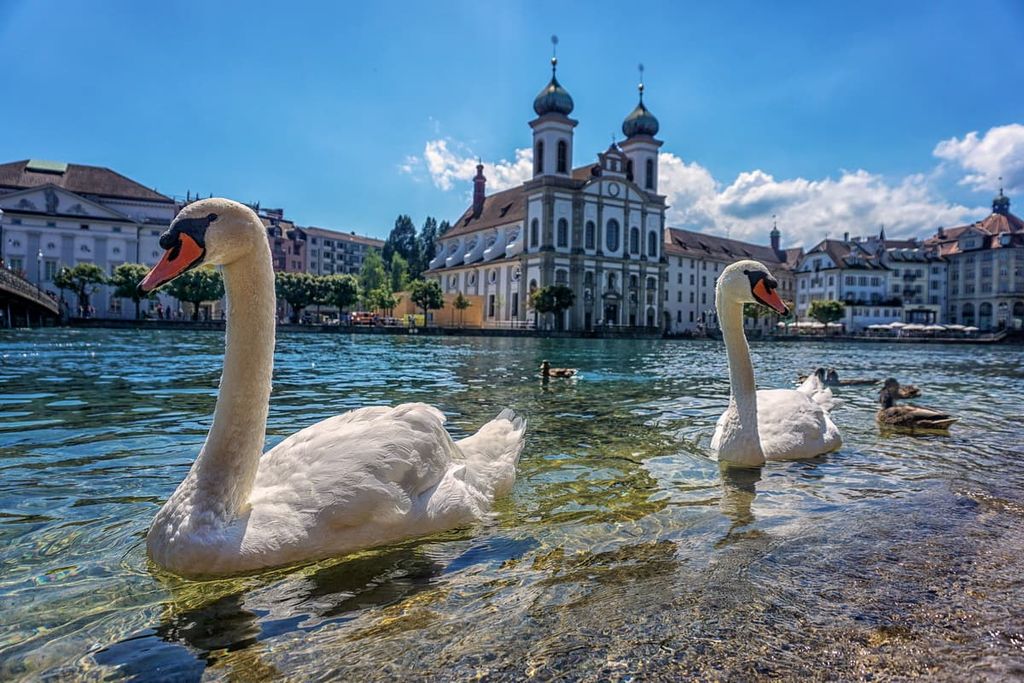