Obwalden is a small canton located in central Switzerland. The canton extends from the western shores of Lake Lucerne into the Swiss Alps. The tallest peak in the canton is Titlis at 3,238 m (10,623 ft) in elevation while the most prominent peak is Brienzer Rothorn with 1,338 m (4,390 ft) of prominence. 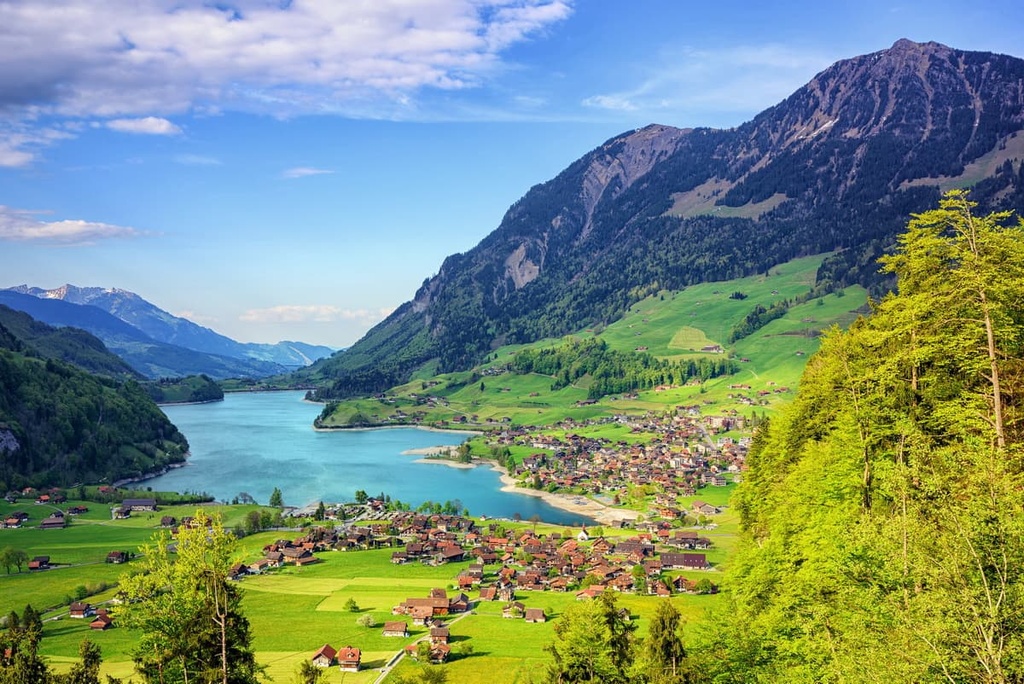 Obwalden is one of the 26 cantons in Switzerland. The canton lies in the geographical center of the country to the southwest of Lake Lucerne. Obwalden encompasses 491 square kilometers (190 square miles) of land and water across central Switzerland.

Obwalden was traditionally considered to be a “half-canton” (the other half is Nidwalden, which lies directly east) because it was once part of the historical forest-canton Unterwalden.

Due to its location at the center of the country, the canton of Obwalden is bordered by many other cantons. This includes Lucerne to the north, Bern to the south, and Uri to the east.

The landscape varies greatly within the canton, from rolling pastures and quaint lakes, to rugged peaks covered in glaciers. Lower elevations in the canton, particularly near Lake Lucerne and Lake Sarnen, are often dominated by agricultural fields. This type of agricultural landscape makes up around 38 percent of the canton’s land cover.

These vast fields are often surrounded by large patches of wooded terrain, which cover about 40 percent of Obwalden. Rivers, mountains, and glaciers cover the rest of the canton.

Many of the tallest peaks within Obwalden lie in the southern portion of the canton. Here, the Alps run from southwest to northeast across the country. The main towns and villages in the canton are located closer to Lake Lucerne because of the ruggedness of the terrain elsewhere.

A major roadway, the A8 Motorway cuts across the center of Obwalden. The entire A8 Motorway connects the city of Lucerne in the north to the city of Interlaken, on the shores of Lake Brienz, to the south. It is the most important road in Obwalden as it is the primary method of road-based transportation in the canton.

Although there aren’t many protected areas in the canton, Obwalden is located near a number of major parks. In particular, UNESCO Biosphere Entlebuch lies along the northwestern edge of the canton. Other nearby areas include Gantrisch Nature Park, Binntal Nature Park, and Pfyn - Finges Nature Park.

The peaks within Obwalden are part of the greater Western Alps. This region of central Switzerland is marked by the Uri Alps, which are also known as the Urner Alps, a subrange of the Western Alps.

The Alps are the highest mountain range situated entirely within the European continent. The range formed during the Alpine orogeny, which occurred approximately 65 million to 2 million years ago.

The first part of the Alpine orogeny began after the splitting of the supercontinent Pangea. This allowed the Tethys Ocean to form between Gondwana and Laurasia. As these two continental plates began moving toward one another, the ocean began to close.

When the two plates finally collided, the immense amount of pressure associated with the collision formed the Alps and the rest of the Alpide belt. The floor of the Tethys Ocean was full of marine sediments that were compacted through thrust faults and recumbent folds.

Eventually, the pressure thrust these rock formations upward, forming the jagged peaks visible throughout the Alps today. Glacial erosion over the course of millions of years left behind the sweeping valleys that are now scattered throughout the Uri Alps.

A diverse array of plant and animal life can be found throughout the canton of Obwalden. Fields found at the lower elevations are often used for the raising of cattle and the production of cheese.

Forested sections cover nearly half of the canton. These forests primarily consist of pine, alder, birch, and larch trees. The forests begin to thin as the rolling hills steepen into rugged peaks.

Some of the most common animal species in the canton include red deer and chamois. The canton’s forests provide the ideal habitat for both species, though chamois can also be found at higher elevations in Obwalden.

The rock fields and waterways within the region are home to weasels, snow hare, and beavers. Rock ptarmigan live throughout Obwalden along with small populations of wolves. Groups of wolves are thought to occasionally enter the region, though they typically spend more time in the nearby cantons of Nidwalden and Uri.

Human history in Obwalden dates back thousands of years to Neolithic times. Cultural sites from around 4000 to 3100 BCE can be found within the canton.

During the rule of the Roman Empire, Gallo-Roman or Celtic people inhabited the region. As a result, the names given to towns during this time have Celtic and Gallo-Roman roots.

During the eight century, the Alemanni Germanic tribe entered the region, often settling in the lower elevations around Lake Lucerne and Sarnersee. Gallo-Romans also settled in the region near Mount Pilatus.

From the eighth to eleventh centuries, the two groups lived together and were part of the Second Kingdom of Burgundy. During the eleventh century, the canton of Obwalden was given to the Counts of Lenzburg.

Rudolph of Habsburg bought Unterwalden, which, at that time, contained both Obwalden and Nidwalden. After this, Unterwalden joined Uri and Schwyz to form the Eternal Alliance, marking the beginning of the Swiss Confederacy.

During the fourteenth and fifteenth centuries, early forms of national government began to develop in the region. In 1798, the Helvetic Republic forced Switzerland to form a united nation. Both Nidwalden and Obwalden resisted this forced unity as it was seen as infringing upon their freedoms.

The Act of Mediation in 1803, divided Unterwladen into two distinct cantons, Obwalden and Nidwalden. The canton completely revised its constitution in 1867, and again in 1902. The most recent complete revision occurred in 1968. However, more recent partial changes include women’s suffrage in 1973, the lowering of the voting age to 18 in 1983, and the abolishment of the Landgemeinde (cantonal assembly) in 1998.

Nowadays, Obwalden’s economy is dominated by a number of traditional industries, such as forestry and agriculture. Dairy farming remains one of the region’s most important economic drivers. That said, tourism is growing in the canton and it is quickly becoming an important industry in the region.

Obwalden is home to numerous trails for hiking and outdoor recreation. Here are some of the most popular trails and regions in the canton:

The Alpnach Mount Pilatus Trail is the most popular route in the canton. The trail is 16.6 km (10.3 miles) long with 1,705 m (5,593 ft) of elevation. It begins near the shores of Lake Lucerne and climbs steadily up to the summit of Mount Pilatus.

Hikers can experience views throughout the route, which travels through pastures and forests before reaching the alpine. Once at the summit, hikers can make the long trek back down, or the cany travel back down the mountain via the Pilatus Railway.

The route travels through the alpine terrain of the region, walking along the ridgelines that tower above Lake Lucerne. Minimal tree coverage in the area allows for panoramic views of the lake and the rest of the canton extending to the southwest as you hike.

The Engelberg–Trübsee trail is an out-and-back route that takes hikers to a pristine alpine lake. The trail is 13.2 km (8.2 miles) long with 830 m (2,723 ft) of elevation gain. This rocky path passes through meadows full of cows that are typical of the agricultural canton of Obwalden.

Looking for a place to stay in Obwalden? Here are some of the best cities and villages to check out in the region:

Sarnen is a small town and the capital of the canton. The town has a population of just 10,000 people, and it is located along the shores of Lake Sarnen (Sarnersee). Sarnen is surrounded by rugged mountain landscapes and rolling alpine hills.

During the summertime, the city comes alive with activity, thanks to the many boat cruises, bike paths, and hiking trails in the region. The town is also situated along a major highway that connects much of central Switzerland.

Plus, during the winter months, the Langis area, which is located above Sarnen, transforms into an ideal setting for cross-country skiing.

Alpnach is a town that lies along the northern edge of the canton. It has a population of around 6,000 people. The quaint town lies near the shores of Lake Lucerne near the stream of Schliere.

Alpnach is home to many fantastic local shops and restaurants. The most popular attraction in the town is Pilatusbahn, the world’s steepest rack railway. This railway travels from the small town up to the summit of Mount Pilatus. Other sites in the town include a hand-operated print shop and a stunning Roman mansion. 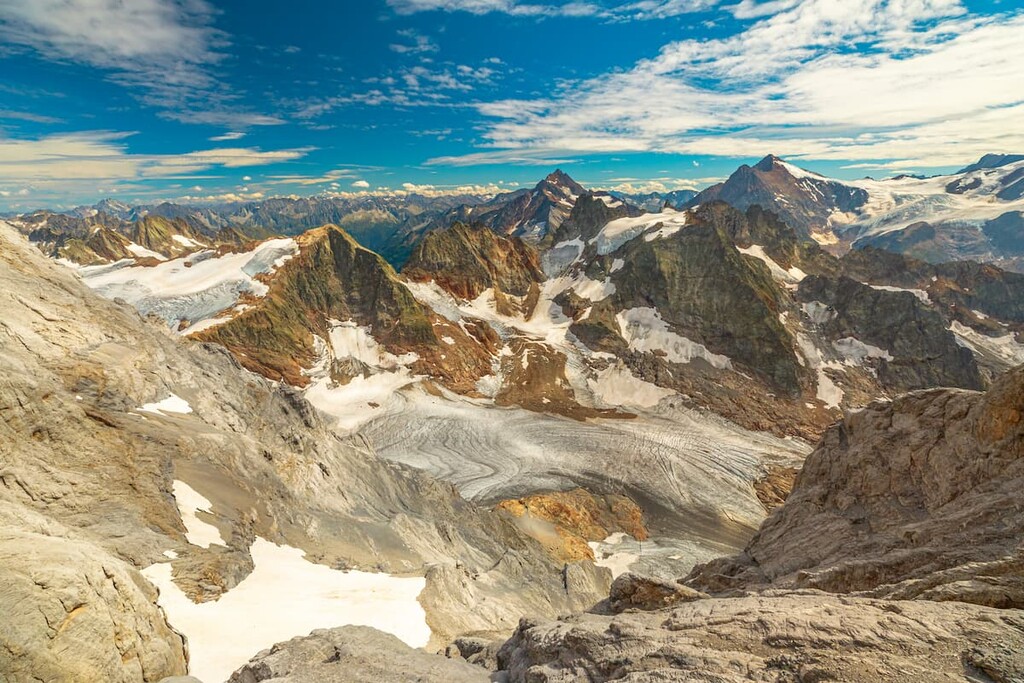 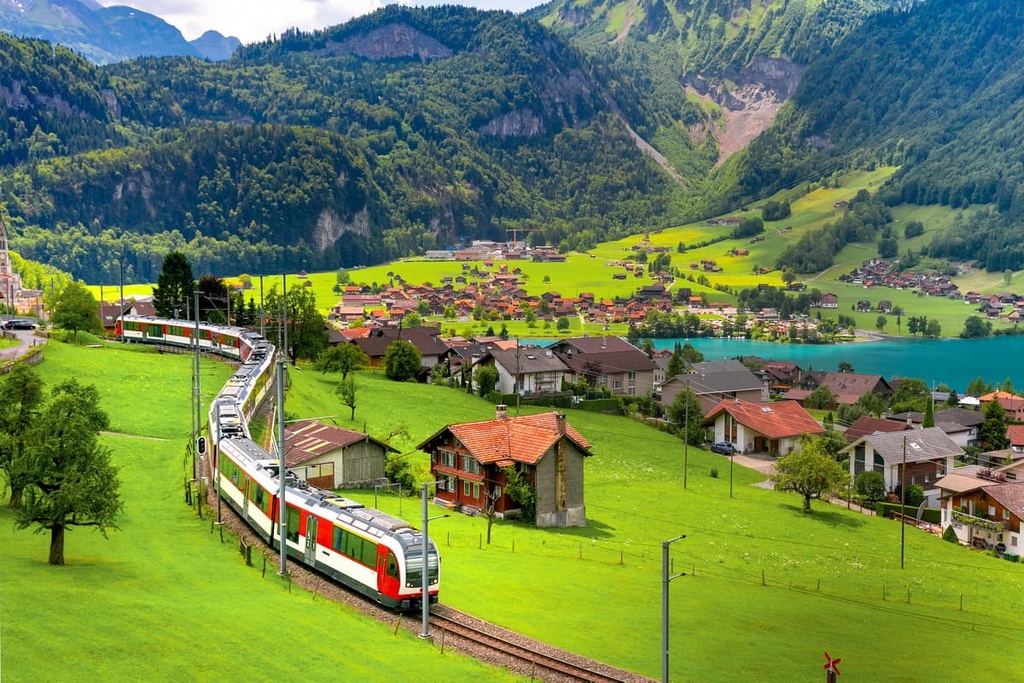 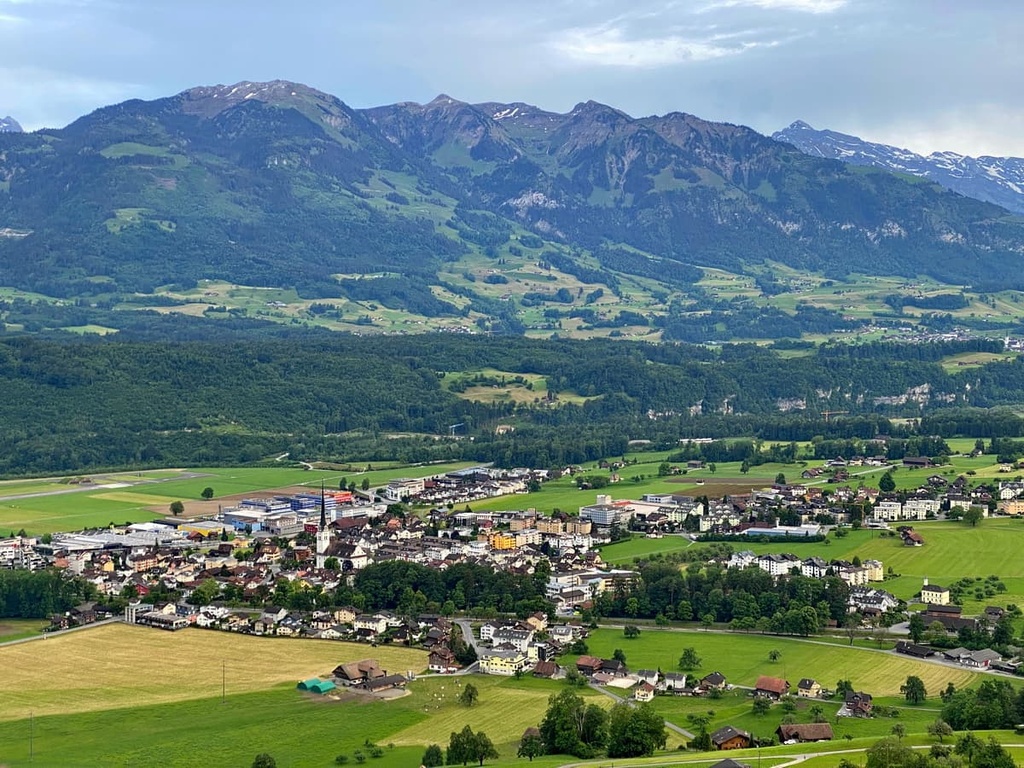 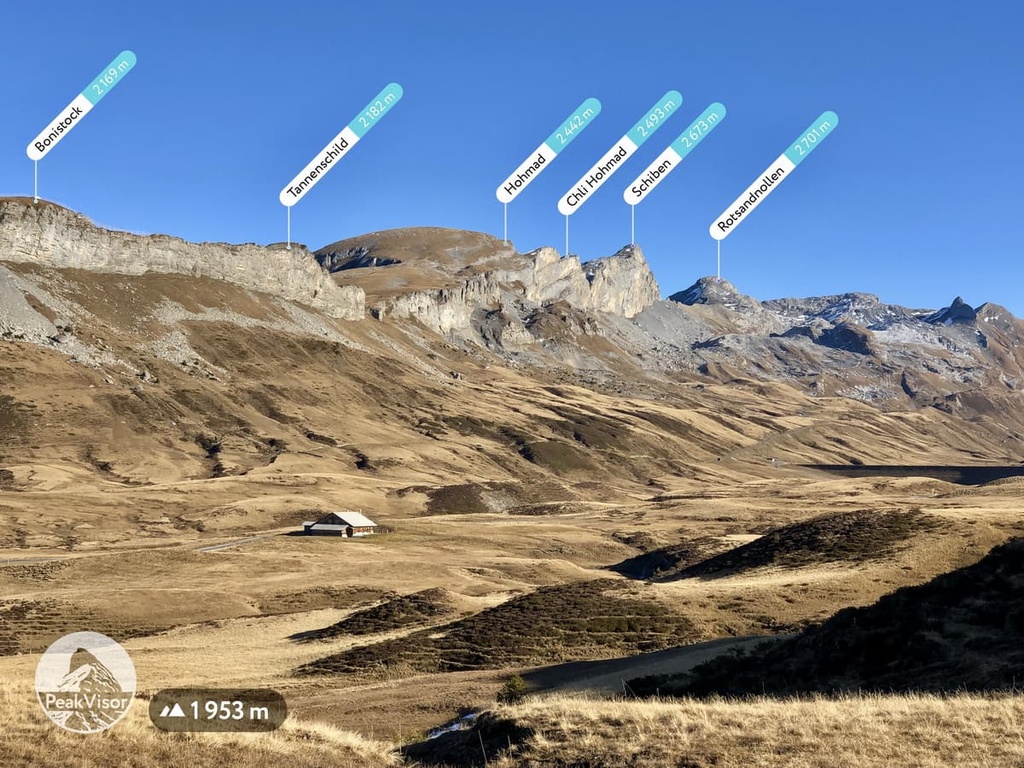 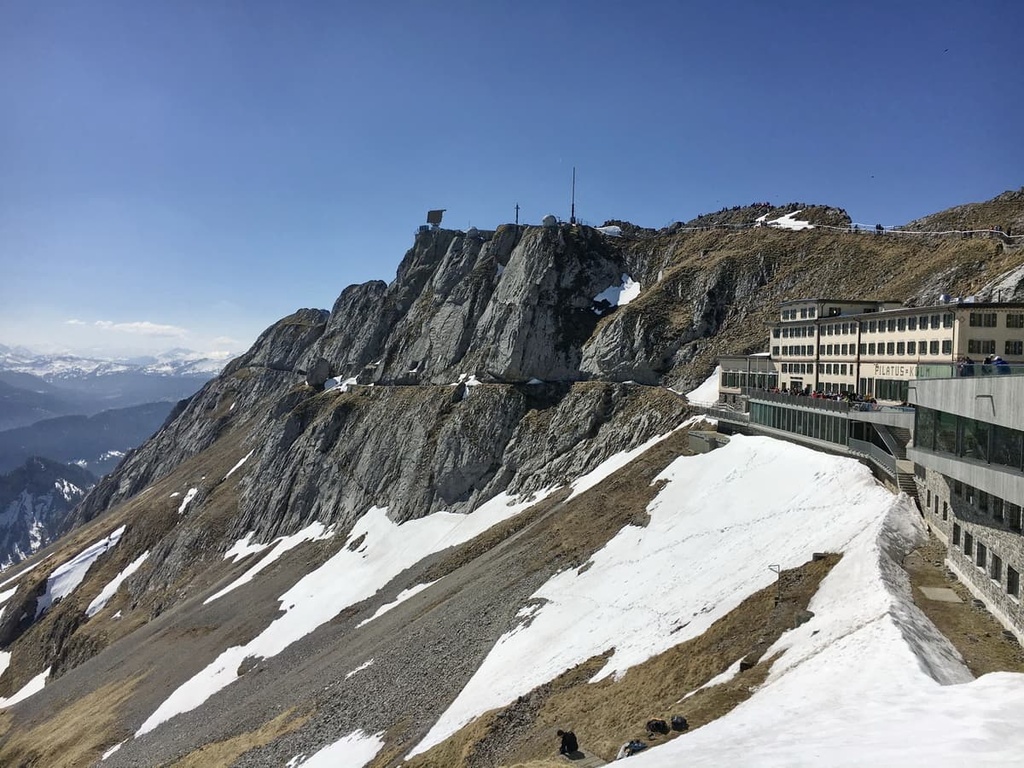 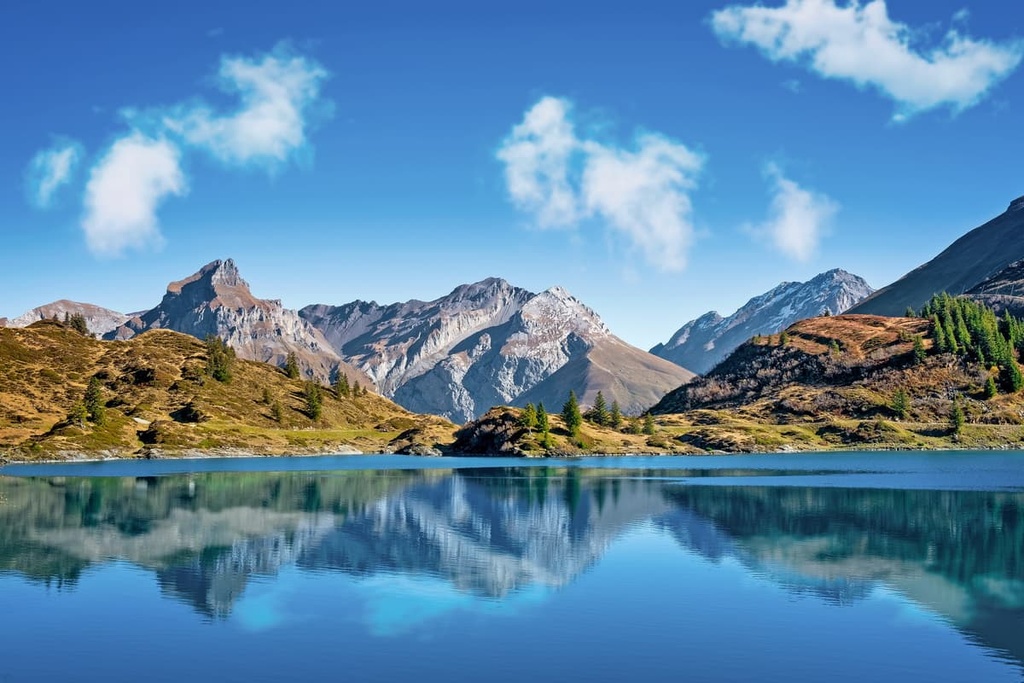