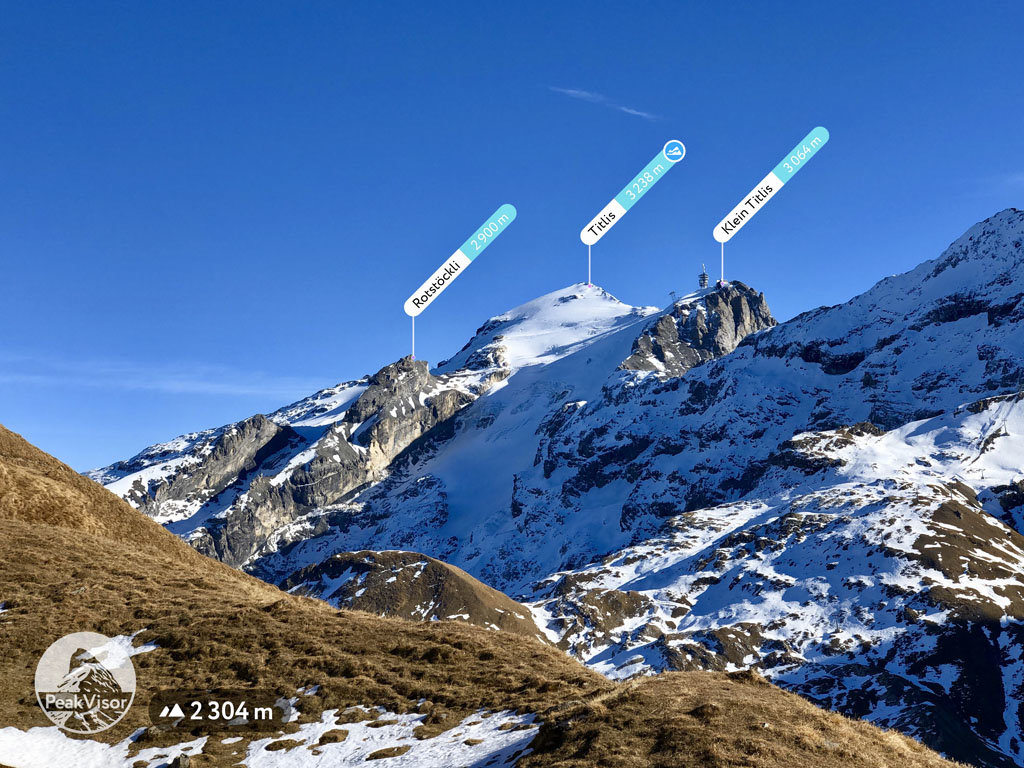 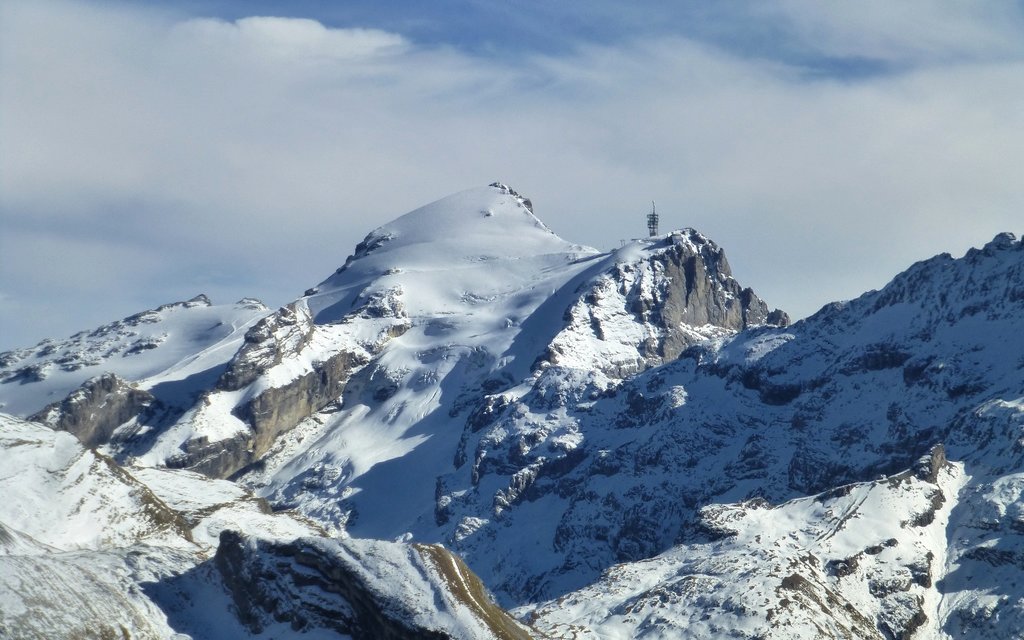 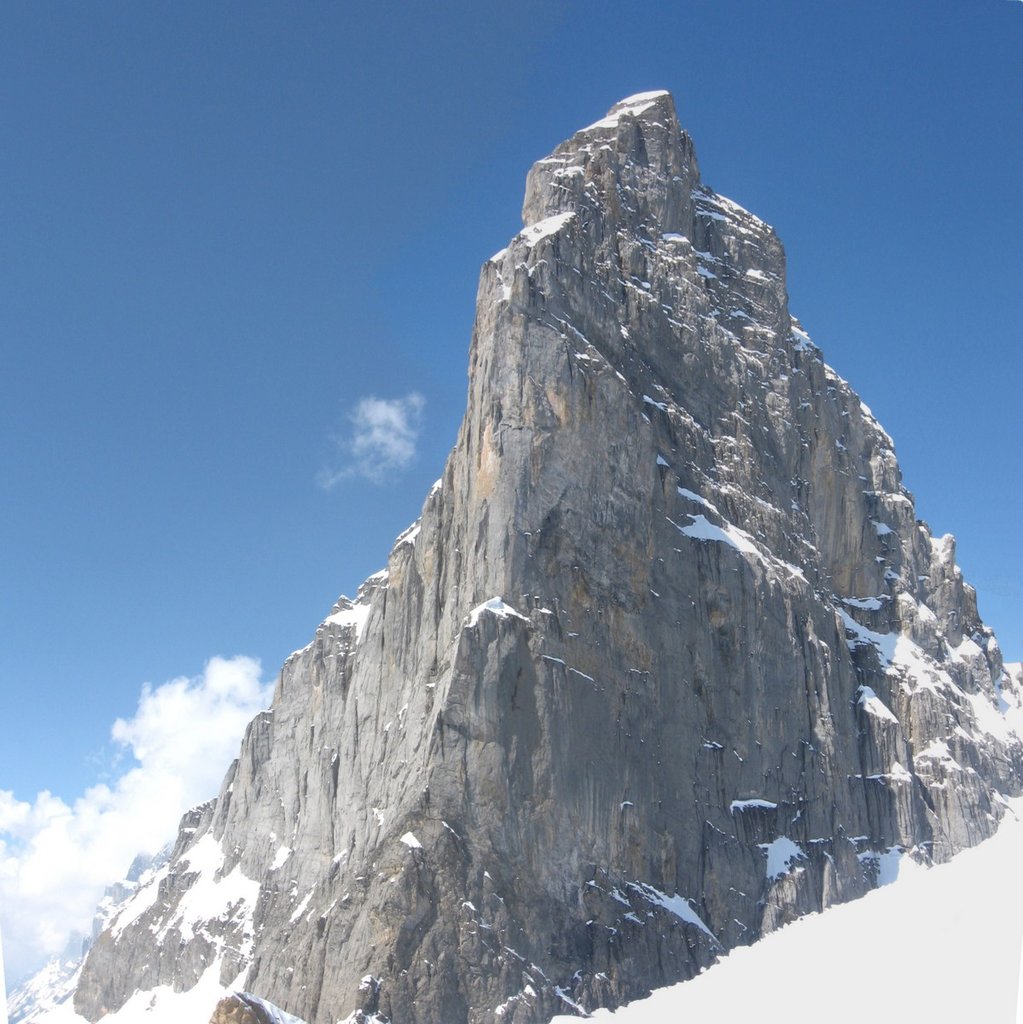 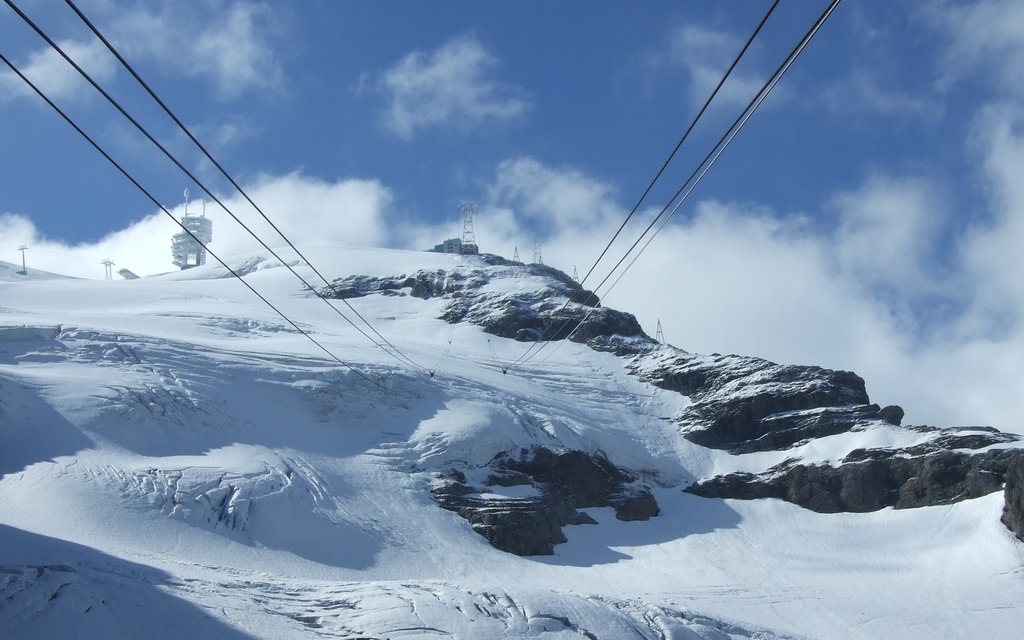 Show 6 photos
Add photo
3 238 m
Elevation
Elevation is the altitude of a place
above sea level.

981 m
Prominence
Peak’s prominence is the least
vertical to be covered to get from the
summit to any other higher terrain.

The last part of cable car way leads above the glacier. At Klein Titlis, it is possible to visit an illuminated glacier cave from an entrance within the cable-car station, which also includes shops and restaurants. The Titlis Cliff Walk, the highest elevation suspension bridge in Europe, opened in December 2012, giving views across the Alps.
There's a trail called Klein Titlis-Titlis leading to the summit.

The nearest mountain hut is Biwak am Grassen located 738m/2 422ft ESE of the summit.

46.71086 N   8.454094 E
Nearest Higher Neighbor
Chli Sustenhorn - 6.9 km SSE
El: 3 318 m / Prom: 101 m
Check out a downloadable 3D model of Titlis area. A higher resolution model can be found in the PeakVisor mobile app.
Do you have photos of Titlis or know something about it? Please let us know!