Located in the northern part of the canton of Valais in Switzerland, Pfyn-Finges Nature Park is a protected area that’s known for its diverse array of landscapes. Tucked within the park lies one of the largest Scots pine forests in all of the Alps. There are 96 named peaks in the park. The tallest and most prominent peak is Balmhorn, standing at 3,699 m (12,136 ft) in elevation with 1,021 m (3,350 ft) of prominence. 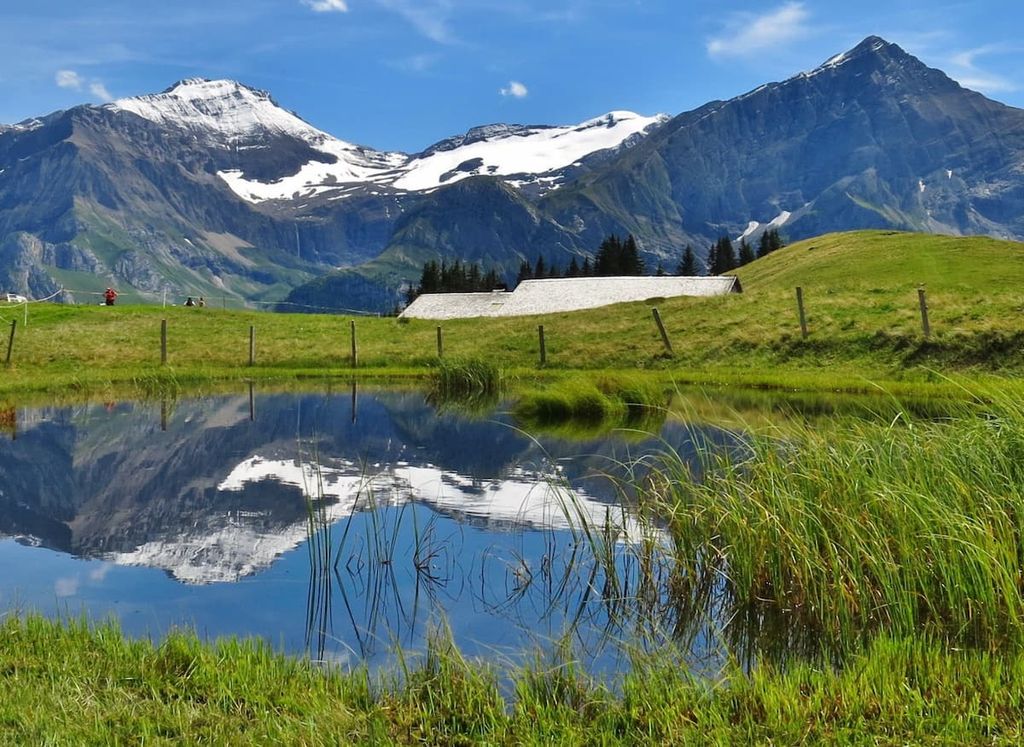 The park is known for having a wide range of landscapes. Within Pfyn-Finges, glaciated peaks give way to rocky hillsides, vast sections of forest, wetlands, and even sprawling vineyards.

The Alps tower over the park, rising steeply upward from varying landscapes. Situated in central Valais, the dry, warm summers in the region allow for Mediterranean-like conditions in the heart of Europe’s tallest mountain range.

Within the park lies a nature reserve forest that’s home to the largest stretches of Scots pine in all of the Alps. The forest is considered an important ecosystem for the region and country as a whole due to its high amount of biodiversity.

Furthermore, the river Rhone runs through the park, providing freshwater for local communities and those located downstreams. While the towering peaks are the most distinct feature of the park’s higher elevations, the region’s lower elevations are characterized by steppes, forests, and vast flower meadows.

Besides the natural features within Pfyn-Finges Nature Park, the region is also home to numerous communities and vineyards. The rocky steppes of the park also provide hikers with ample views of the deep valleys, forests, and fields below.

Pfyn-Finges Nature Park is situated within the Bernese Alps of Switzerland. The peaks within the park began forming during the Late Cretaceous and Tertiary periods.

The Alps formed primarily during the Alpine orogeny, which was a massive mountain building event that occurred as a result of the collision between the Eurasian, African, and Indian plates, among others. As these two plates collided into one another the Tethys Ocean, which once lay between the ancient continents of Gondwana and Laurasia, disappeared.

As a result of the closure of the Tethys Ocean, the region saw widespread deposits of marine sediments. Many of these sediments compacted into sedimentary rocks, such as limestone and dolomite. The immense pressure between these tectonic plates also led to recumbent folds. These folds pushed over one another, eventually forming thrust faults.

Crystalline basement rocks formed the peaks of the park, and the tallest peak in the range; Mont Blanc. Massive boulders can be found throughout the Alps, many having been moved there during the last ice age.

Retreated glaciers in the park have left behind vast valleys and glacial cirques. The river Rhone, situated at the southern edge of the park, is also responsible for shaping some of the region’s most notable valleys.

Despite its relatively small size, Pfyn-Finges Nature Park is home to a wide variety of flora and fauna.

One of the most dominant plant species is the Scots pine, which comprises much of the forest reserve in the park. Other trees that can be found in the park include silver fir and European beech, though these are often found at lower elevations.

Higher elevations in the park are home to Norway spruce along with various shrubs, alpine grasses, and wildflowers. Common alpine flowers of the region include primrose, spring snowflake, forget me not, and germander speedwell.

Throughout the Alps live a variety of wildlife. Alpine regions in and near the park are often home to populations of red deer, chamois, ibex, marmot, and squirrel. Though spotting one is more rare, fox, brown bear, lynx, and wolf also inhabit the park.

Smaller animals found throughout the region include the viviparous lizard, mountain hare, bearded vulture, golden eagle, along with numerous species of insects.

Signs of prehistoric human settlements have been found just outside the park boundaries near present day Sion. It’s believed that humans have been living in this region since at least 6200 BCE.

Researchers estimate that farmers from the Mediterranean settled in the region from about 5800 BCE to 4500 BCE. Populations in the area continued to grow as agriculture became more widespread.

By the end of the first century BCE, Sion was the capital of the Seduni people. As one of the four major tribes within what is now Valais, the Seduni community was well established. Eventually the Romans conquered the region around 8 BCE.

Sion is home to the oldest Roman Catholic diocese in the country, dating back to the fourth century CE. The first cathedral within Sion was built around the sixth century. The thirteenth century brought about the rise of local organized government.

Similar to much of the rest of what is now Switzerland, the fourteenth and fifteenth centuries in the region were dominated by war and fighting. Valais became an associate member of Switzerland in 1529, however, it became part of the Helvetic Republic in the late eighteenth century after the French invasion of the Swiss Confederacy.

The region finally became part of the canton of Valais when it formally joined the Swiss Confederation in 1815. Since then, the region has been associated with mountaineering and other outdoor activities due to its fantastic collection of rugged mountain peaks and stunning alpine landscapes.

Due to the rich cultural history and biodiversity of the region, the forest was first protected in 1997. Shortly after, in 2005, the Pfyn-Finges Nature Park was formally established.

Pfyn-Finges Nature Park is home to numerous hiking trails and opportunities for outdoor adventure. Here are some of the most popular trails and regions in the park:

Located at the northern edge of the park lies the Sunnbüel - Daubensee - Gemmi Pass trail. This mountainous trail takes hikers to the alpine lake Daubensee. The route is popular due to the fact that it leads to one of the few lakes in the park.

Once at Gemmi Pass, hikers can descend back down or take a gondola ride to Leukerbad where there are thermal baths. This point-to-point trail is 9.6 km (6 miles) long with 526 m (1,725 ft) of elevation gain.

Bisse du Tsittoret is located along the northwestern edge of the park. This loop trail is 10 km (6.2 miles) long with 485 m (1,591 ft) of elevation gain. Although it is home to excellent skiing during the winter, the region’s summertime coincides with nice weather and sweeping views of the landscape.

The trail winds through vast pastures and lingering summer snowfields, all while offering glimpses of numerous waterfalls. The waters of the Tièche travel down to the foothills in the region through the park, providing irrigation for the nearby communities.

The Üssers Barrhorn trail begins at the southern edge of Pfyn-Finges Nature Park, though the summit of the Üssers Barrhorn officially lies just outside of the park boundaries. The Barrhorn is the tallest peak in the Alps that is accessible by trail.

This out-and-back trail is 18.7 km (11.6 miles) long with 1,748 m (5,734 ft) of elevation gain. Hikers on the trail will pass by alpine lakes before reaching the steep and exposed climb to the summit. Though no mountaineering gear is required in the summer months, hikers should be prepared for a long and strenuous day on this trail as well as the possibility of foul weather.

Looking for a place to stay near Pfyn-Finges Nature Park? Here are some of the best cities and villages to check out in the region:

Just west of the park lies the historic town of Sion (Sitten in German). With a human history dating back thousands of years, today the city is the capital of the canton of Valais. The city has a population of around 35,000 people and the region is home to Switzerland’s third largest wine producing region.

The high towers in the town are part of the Castle of Valeria and the Castle Tourbillon. Other historical monuments can be found throughout the city. The town boasts activities such as wine tasting, hiking, skiing, or even a trip to the nearby thermal pools.

The city of Sierre is situated on the western edge of the park. Sierre has a population of around 16,000 residents, and it is located along river Rhone. Sierre has been nicknamed “City of the Sun” since, on average, it receives over 300 days of sunshine annually.

The plethora of sunny days in Sierre allow the wineries on the surrounding hillsides to flourish. In Roman times, the city was known as “the town of a hundred hills.” Besides its abundance of wineries and local restaurants, Sierre is the ideal spot for excursions into Pfyn-Finges Nature Park due to its advantageous location. 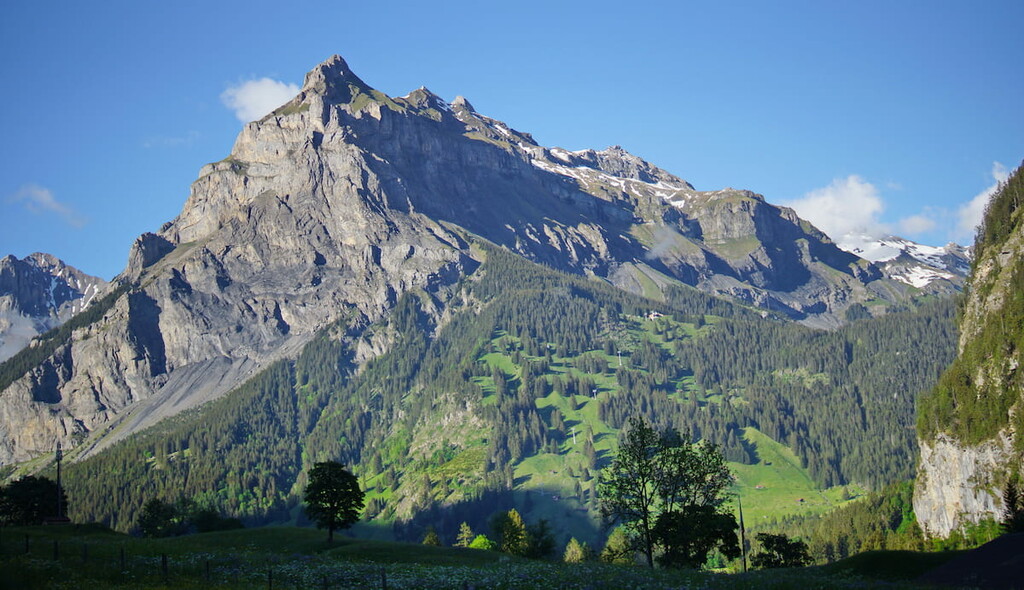 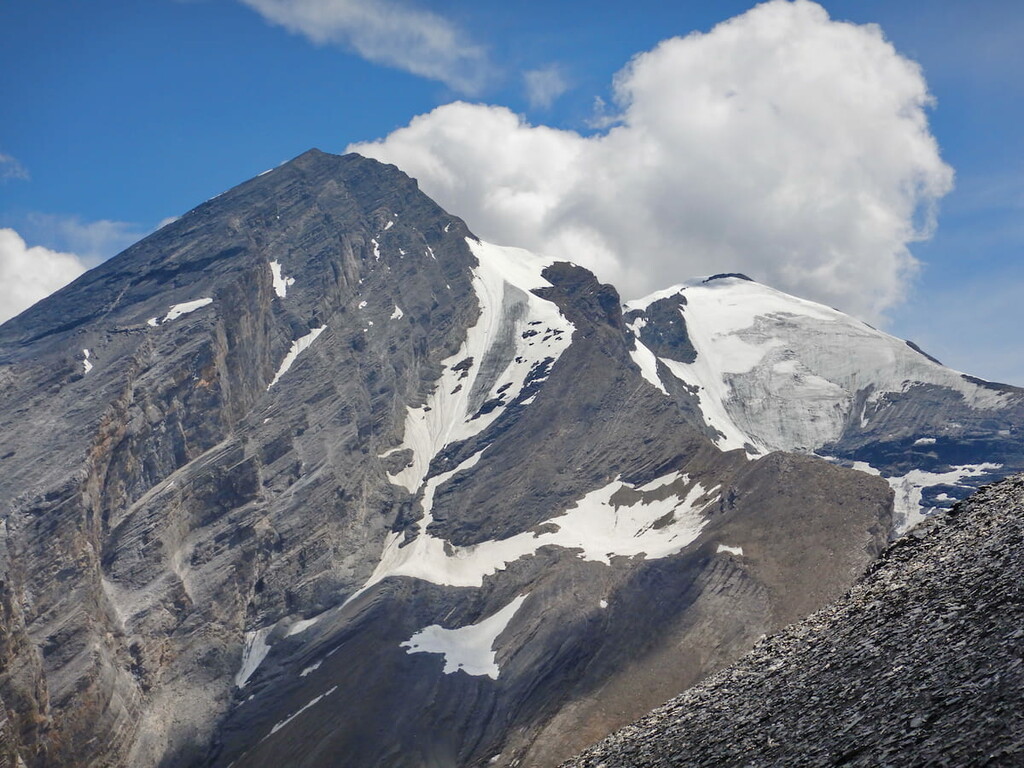 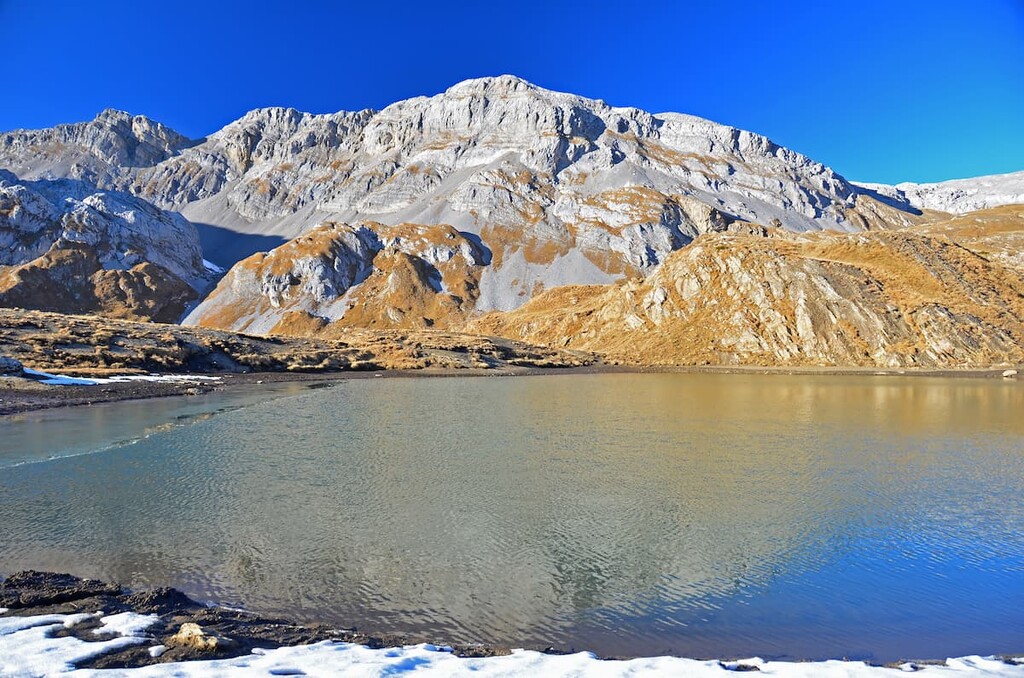 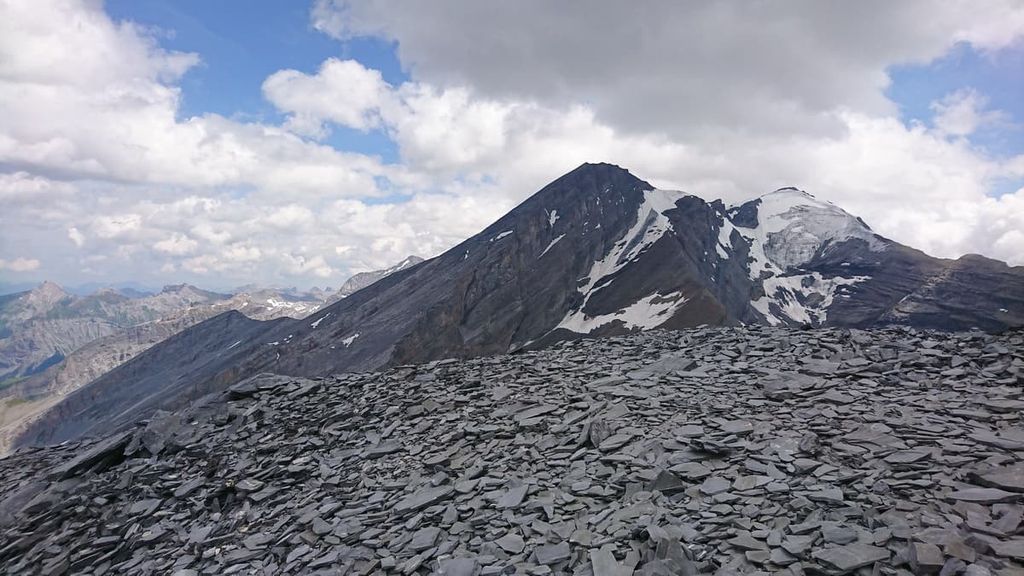 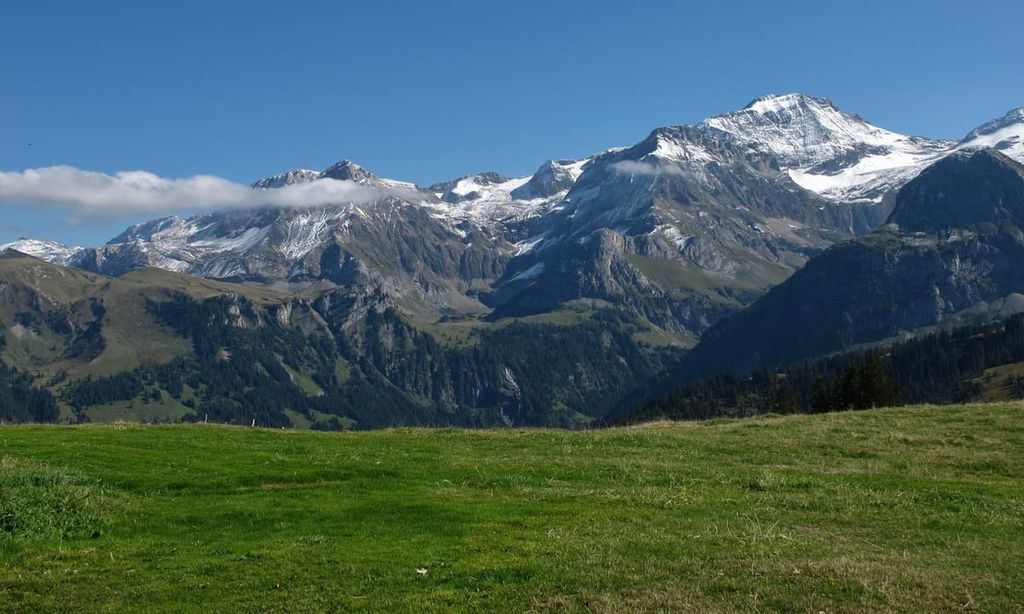 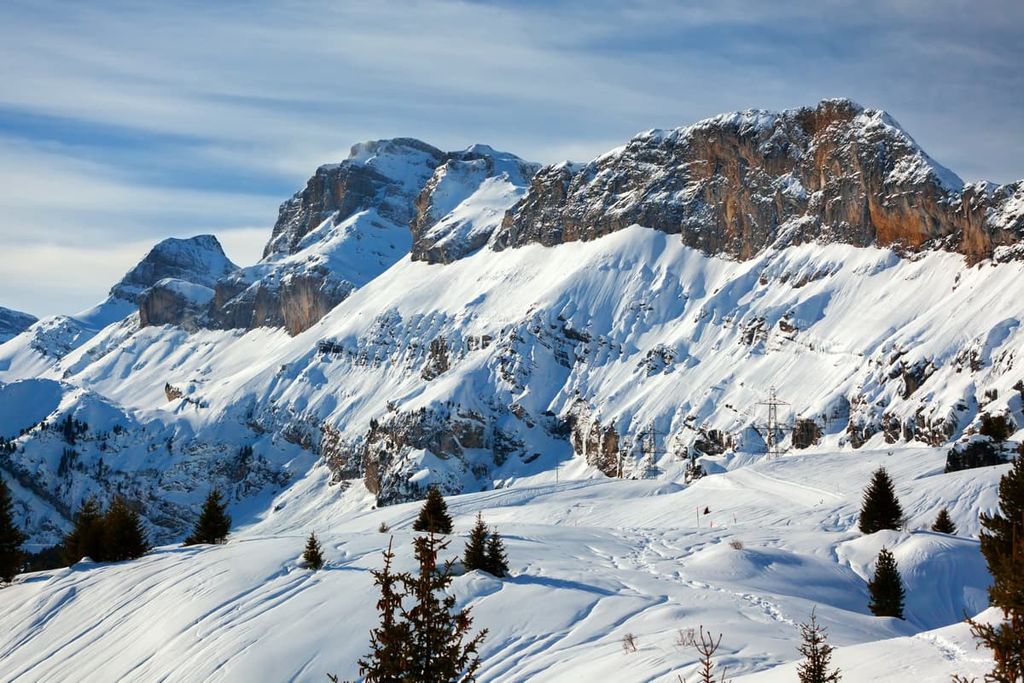