Tyrol
5
Mountains with prominence of 1 ⁠500 ⁠m / 4 ⁠921 ⁠ft or more.
Highpoint

Tyrol (Tirol) is a state located in western Austria. The state is situated within the Alps and is home to world class skiing as well as the country’s largest national park—High Tauern. There are 5933 named peaks in Tyrol. The tallest and most prominent is Großglockner at 3,798 m (12,460 ft) in elevation, with 2,428 m (7,966 ft) of prominence.

Tyrol is one of the nine states of Austria. Separated into two non-contiguous subregions, Tyrol spans 12,640 sq. km (4,880 sq. miles) across the western and southwestern parts of the country.

The northern region is referred to as North Tyrol and the smaller eastern region is called East Tyrol. However, these are not to be confused with South Tyrol (Trentino-Alto Adige/Südtirol), which is a region in northern Italy that borders the Tyrol of Austria.

The landscape within Tyrol is dominated by the Central Eastern Alps and its various subranges. Throughout the region lie the Kitzbühel Alps, Lechtaler Alps, Ötztal Alps, Zillertal Alps, and Stubai Alps. Each subrange has its own features, creating a rugged and mountainous landscape throughout the state.

The Inn River traverses across North Tyrol while the Drava (Drau) River drains through East Tyrol. Vast alpine valleys run throughout the mountainous landscape of the state. Another major waterway is the Lech River, one of the few remaining wild rivers in central Europe.

Tyrol is home to five massive glaciers amidst its snow capped peaks. The Kaunertal, Pitztal, Sölden, Stubai and Hintertux glaciers are a defining feature of the mountainous landscape throughout the state.

Lakes can be found throughout the landscape of Tyrol. Some of the major ones include Plansee, Traualpsee, Hintersteiner See, Schlegeisspeicher, and Lake Achensee, the largest lake in all of Tyrol.

The landscape of the state of Tyrol was formed over the course of tens of millions of years, particularly through the collision of the Eurasian and African plates.

Continued pressure and folding caused by the collision resulted in the transformation of compacted marine sediments into the stunning mountain landscape seen today. Millions of years of erosion carved out the soft rock into the now-distinct craggy peaks.

Vast glaciers once covered the landscape of Tyrol. Glacial retreat left behind the sweeping valleys found throughout the state. Today, the five glaciers in the state showcase the final remnants of the massive ice sheets that once covered the region.

Many of the peaks within the state are made of both gneiss and slate, though limestone and granite can also be found in some sections. Regions of the Northern Limestone Alps also lie within Tyrol. These peaks consist mainly of limestone and dolomite, and often have more rugged peaks than those in southern Tyrol.

Due to the sheer size of Tyrol, there is a vast amount of biodiversity. Various species of flora and fauna thrive amidst the wide range of landscapes in the state.

The ibex can be found throughout Tyrol, often in rocky fields and steep cliff sides. Additionally, populations of chamois and marmot thrive in the alpine conditions throughout the year.

The skies throughout Tyrol are dominated by birds such as the golden eagle, bearded vulture, and the griffon vulture. Smaller birds include goldcrest and ptarmigans.

Dense sections of stone pine are found throughout Tyrol. The Obergurgler Pine Forest is home to multiple three hundred year old trees that dominate the landscape. At higher elevations, there are also populations of larch and fir trees.

Lower elevations in the state allow oak, beech, and fir trees to flourish. Wildflowers and small shrubs can be found throughout Tyrol, particularly at higher elevations. Some of the most common plant species in the state include the edelweiss, glacier buttercup, gentian, alpenrose, and Rudolph’s saxifrage.

Human history in the region dates back to the Palaeolithic period. Settlements existed in the Tischofer Cave during the Bronze Age.

Mummified remains that date back to around 3300 BCE were discovered in the Ötztal Alps in 1991. The remains, which belong to a man known as Ötzi, are believed to be the oldest-known naturally mummified human remains in Europe.

The arrival of the Romans led to a proliferation of different languages, including Romansh, which is still spoken today in the region. Tyrol later was put under the control of the Duchy of Bavaria, which was created in 555 CE.

In the centuries that followed, the region continued to develop as roads over mountain passes were built alongside structures such as Tyrol Castle. In 1140 CE, the County of Tyrol was established as a state within the greater Holy Roman Empire.

The land was passed to the Meinhardiner family in 1253. The family held control until 1369 when it was bequeathed to Rudolf of Habsburg. The region continued to be of great strategic importance to the Habsburgs.

Innsbruck became the capital of Tyrol in 1429. The city continued to flourish and expand throughout the following centuries. During the nineteenth century, Tyrol was ceded to Bavaria in what is now Germany during the Napoleonic Wars.

During World War II, Tyrol was home to a Nazi Germany resistance group. Following the war, East Tyrol was part of the British Zone and North Tyrol was ruled by France.

Austria regained independence in 1955, and the two regions have been under Austrian control ever since.

Tyrol is home to numerous trails for hiking and outdoor recreation. Here are some of the most popular parks in the state:

Kaunergrat Nature Park is situated in the far western region of Tyrol. The park spans from the Upper Inntal Valley into the Ötztal Alps. Over 1,000 ibex inhabit the region and they can often be seen by hikers.

Popular sights include the Verpeiltal Valley, Piller Moor, and the Glacier Learning Trail. The park is also home to the first nature park house in Tyrol. Known as “Gacher Blick,” the house allows stunning views of the varying landscape within the park.

The Tiroler Lech Nature Park is home to the Lech River, which is one of the last wild rivers that runs through Central Europe. The river runs through the Lechtal Valley with the Allgäu and the Lechtal Alps towering above.

The Lechweg Trail is a long route that follows the pathway of the Lech River. A biking trail is also available following a shorter route. A visit to the park isn’t complete without a stop at the Pflach Bird Watch Tower, which stands high above the treeline.

Ötztal Nature Park is the second largest park in Tyrol. It is home to a diverse mountain landscape. The Ötztal and Stubai alps tower above the Obergurgler pine forest and alpine lakes in the region.

Hiking trails wind through the Obergurgler pine forest and Lake Piburger. Rock climbing routes can be found in Niederthai, located within the Ötztal Valley. One of the most popular hikes in the park is the ridge trail that leads up to the summit of Hohe Mut.

The Karwendel Mountains lie almost completely within the park boundaries. Visitors to the region should take a moment to admire Großer Ahornboden. Cable cars take visitors up Hafelekar while a steep hike leads up Mondscheinspitze.

The Zillertal Alps Nature Park is full of vast glacially carved valleys. The park spans into the village of Ginzling and it includes some of the highest peaks in the Zillertal Alps.

The Berlin High Trail is one of the most beautiful trails in the Tyrol region. Experienced guides lead excursions up some of the more challenging peaks within the park.

The Hohe Tauern National Park is the largest protected landscape in all of the Alps, spanning 1,856 sq. kilometers (717 sq. miles) of land. Elevations vary greatly throughout the park and offer a diversity of landscapes, including more than 10,000 species of plants and animals.

Visitors should pass through Jadhausalmen located at the end of the Defereggental Valley. Other popular sites include the Gschlösstal Valley, Kalser Glacier Road, and the Umbalfälle Nature Trail.

Looking for a place to stay in Tyrol? Here are some of the best cities and villages to check out in the state:

Innsbruck lies in the central region of North Tyrol. With a population of around 133,000 people, Innsbruck is the capital of the state of Tyrol. The city is situated within the Wipp Valley along the River Inn.

Mountain landscapes tower above the city, which often makes it feel more like an oversized village than a metropolitan area. Besides hiking trails, the capital is also surrounded by routes suitable for trail running, mountain biking, or ski touring.

Seefeld in Tirol was once a small mountain farming village. Today the town has become a year-round tourist destination. The town is situated on a high plateau, north of Innsbruck.

The vast amount of snowfall each year in the town allows it to transform into a haven for cross-country skiers during the winter. During the summer months, visitors can enjoy exploring the town’s quaint streets or they can take a hike into the mountains that surround the town. 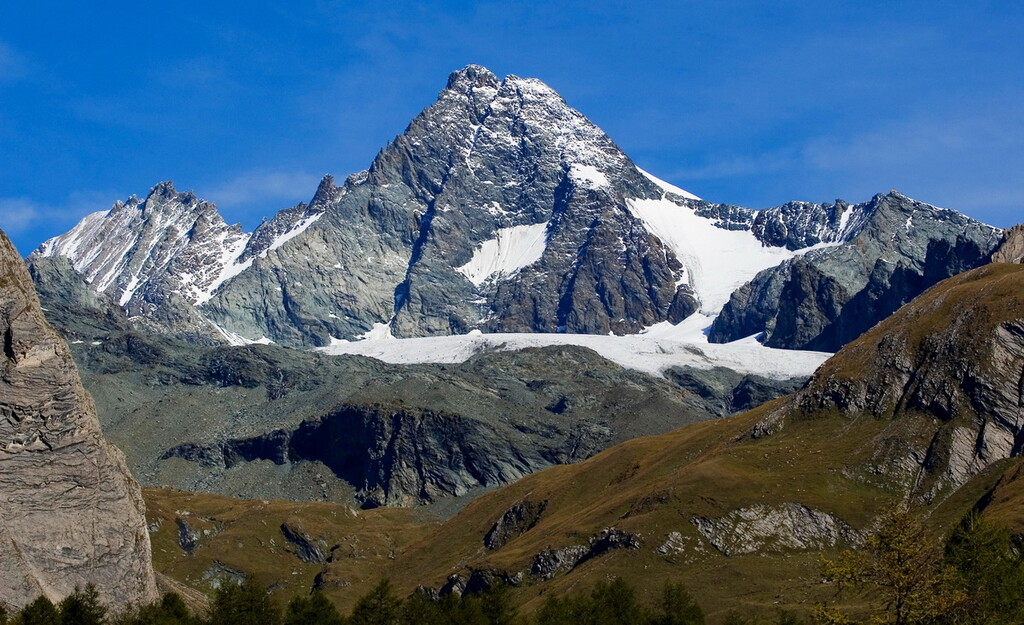 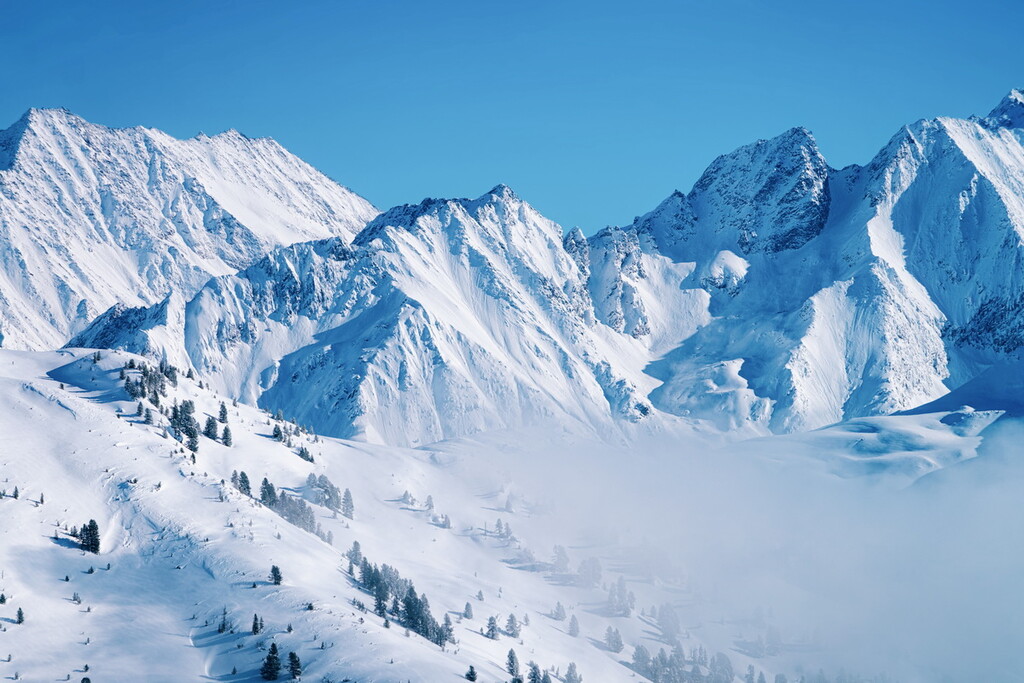 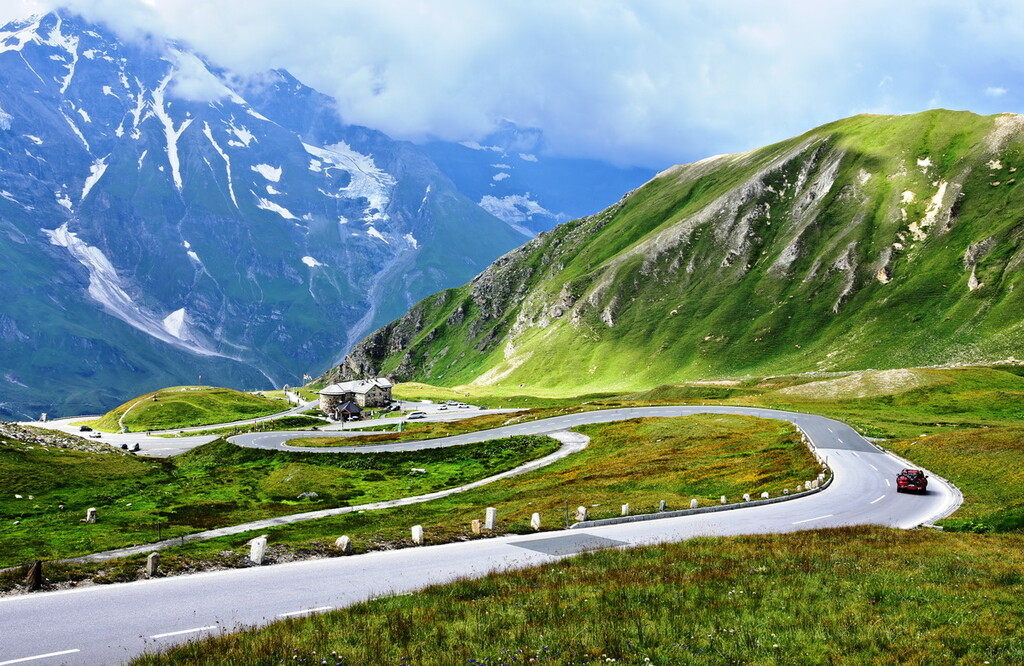 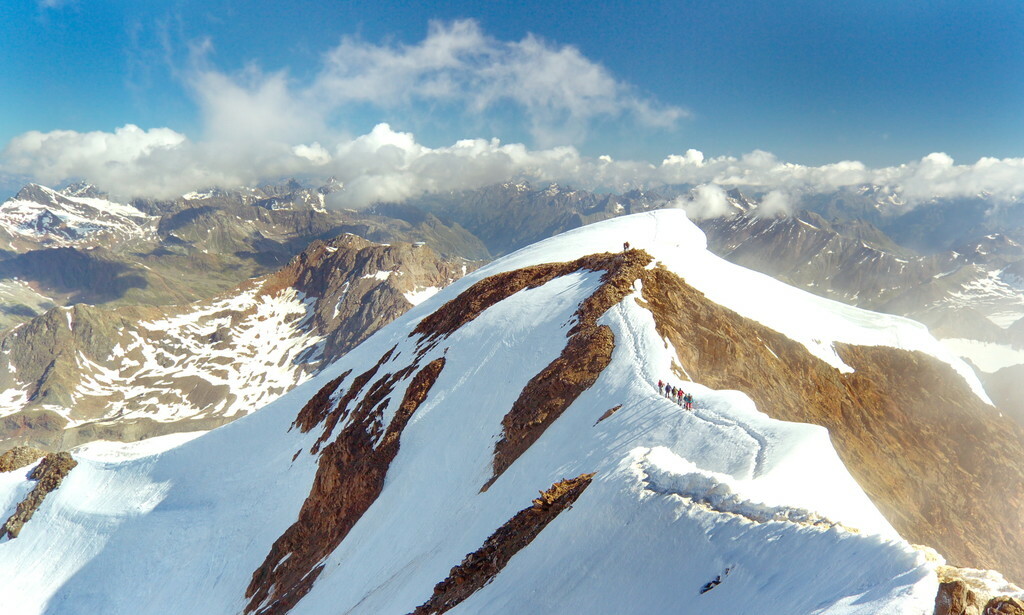 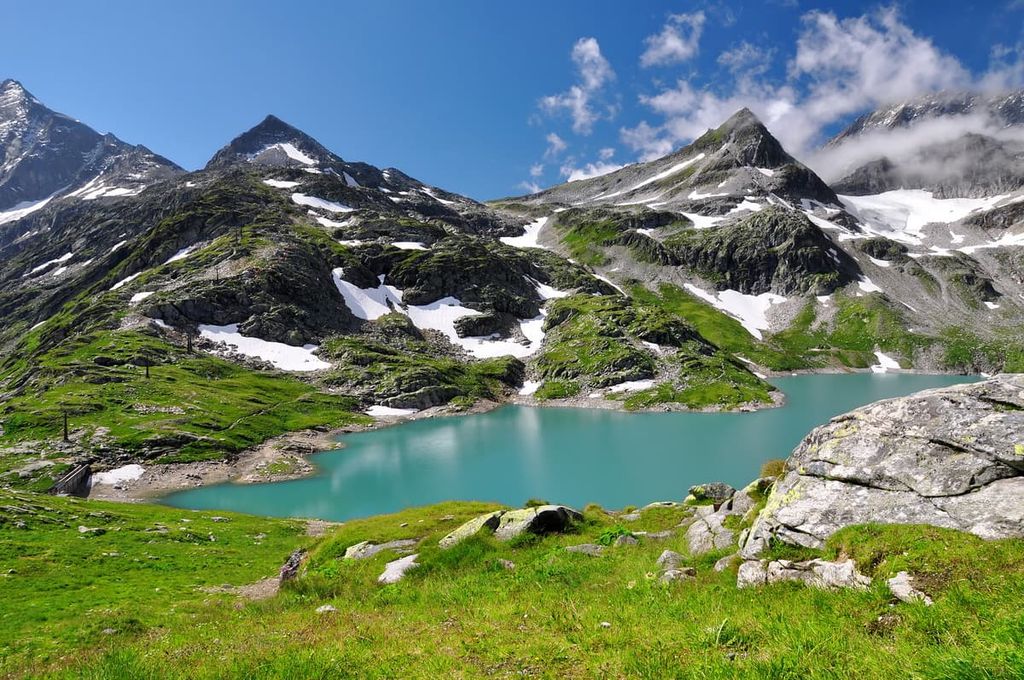 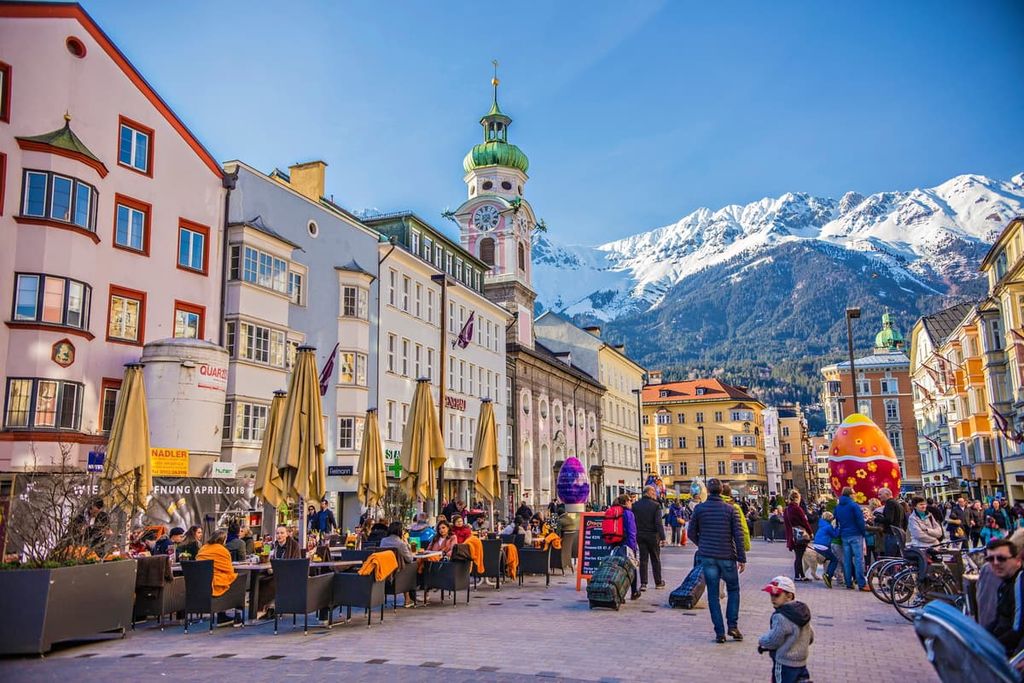 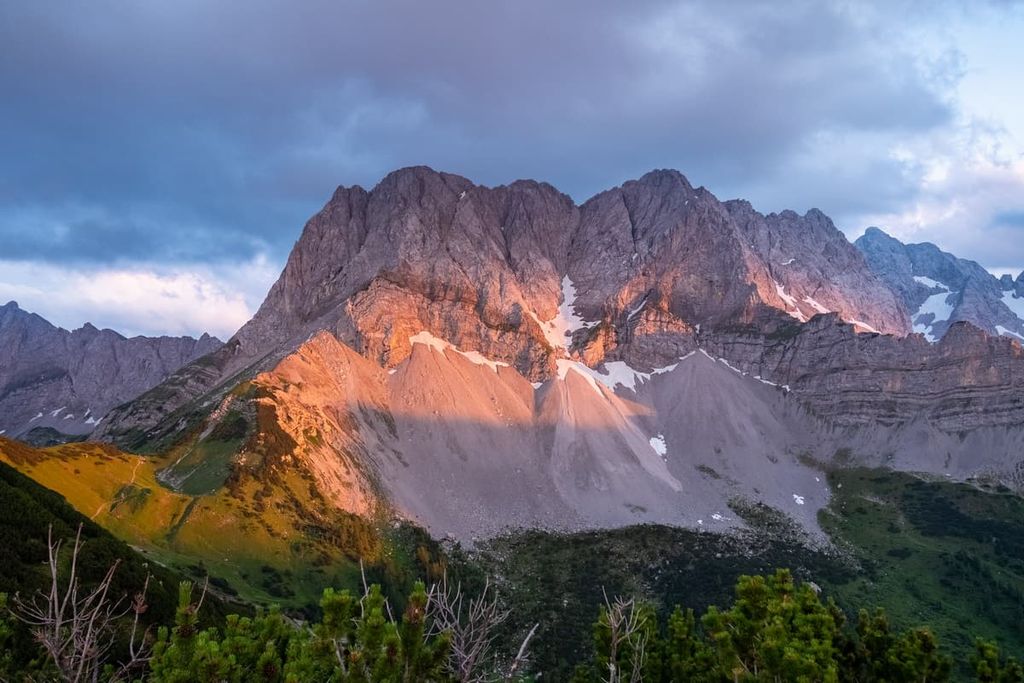