2 962 m
Elevation
Elevation is the altitude of a place
above sea level.

1 758 m
Prominence
Peak’s prominence is the least
vertical to be covered to get from the
summit to any other higher terrain.

Proportional Prominence 2 318 m
Ultra
Mountains with prominence of 1 ⁠500 ⁠m / 4 ⁠921 ⁠ft or more.
Location
47.421107 N  10.986052 E
The Zugspitze, (German pronunciation: [tsukʃpɪtsə]) at 2,962 m (9,718 ft) above sea level, is the highest peak of the Wetterstein Mountains as well as the highest mountain in Germany. It lies south of the town of Garmisch-Partenkirchen, and the border between Germany and Austria runs over its western summit. South of the mountain is the Zugspitzplatt, a high karst plateau with numerous caves. On the flanks of the Zugspitze are three glaciers, including the two largest in Germany: the Northern Schneeferner with an area of 30.7 hectares and the Höllentalferner with an area of 24.7 hectares. The third is the Southern Schneeferner which covers 8.4 hectares.

The Zugspitze was first climbed on 27 August 1820 by Josef Naus, his survey assistant, Maier, and mountain guide, Johann Georg Tauschl. Today there are three normal routes to the summit: one from the Höllental valley to the northeast; another out of the Reintal valley to the southeast; and the third from the west over the Austrian Cirque (Österreichische Schneekar). One of the best known ridge routes in the Eastern Alps runs along the knife-edged Jubilee Ridge (Jubiläumsgrat) to the summit, linking the Zugspitze, the Hochblassen and the Alpspitze. For mountaineers there is plenty of nearby accommodation. On the western summit of the Zugspitze itself is the Münchner Haus and on the western slopes is the Wiener-Neustädter Hut.

Three cable cars run to the top of the Zugspitze. The first, the Tyrolean Zugspitze Cable Car, was built in 1926 by the German company Adolf Bleichert & Co and terminated on an arête below the summit at 2.805 m.a.s.l, the so colled Kammstation, before the terminus was moved to the actual summit at 2.951 m.a.s.l. in 1991. A rack railway, the Bavarian Zugspitze Railway, runs inside the northern flank of the mountain and ends on the Zugspitzplatt, from where a second cable car takes passengers to the top. The rack railway and the Eibsee Cable Car, the third cableway, transport an average of 500,000 people to the summit each year. In winter, nine ski lifts cover the ski area on the Zugspitzplatt. The weather station, opened in 1900, and the research station in the Schneefernerhaus are mainly used to conduct climate research.
There's a trail leading to the summit.

The nearest mountain hut is Münchner Haus located 84m/276ft W of the summit. 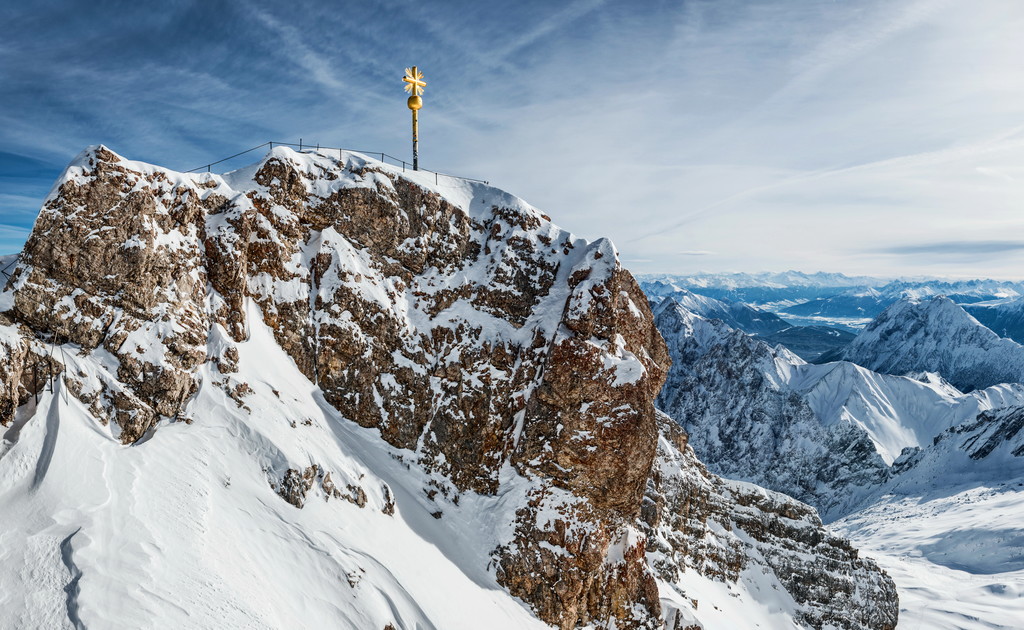 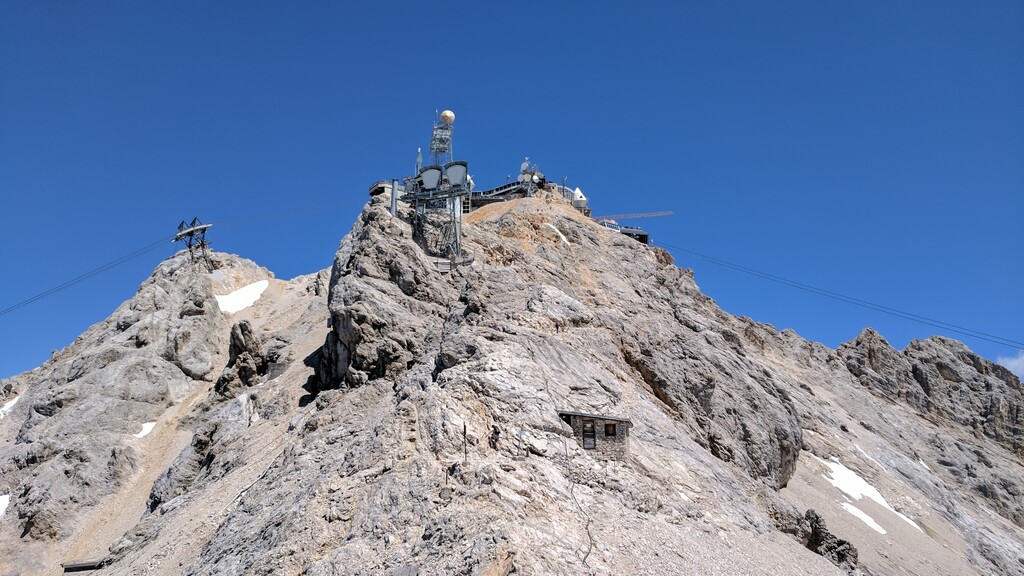 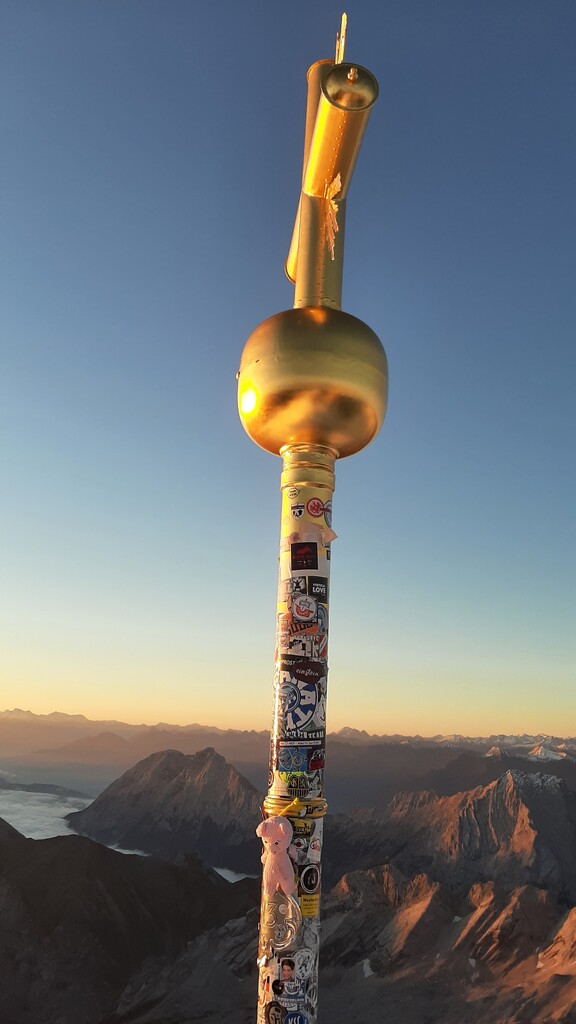 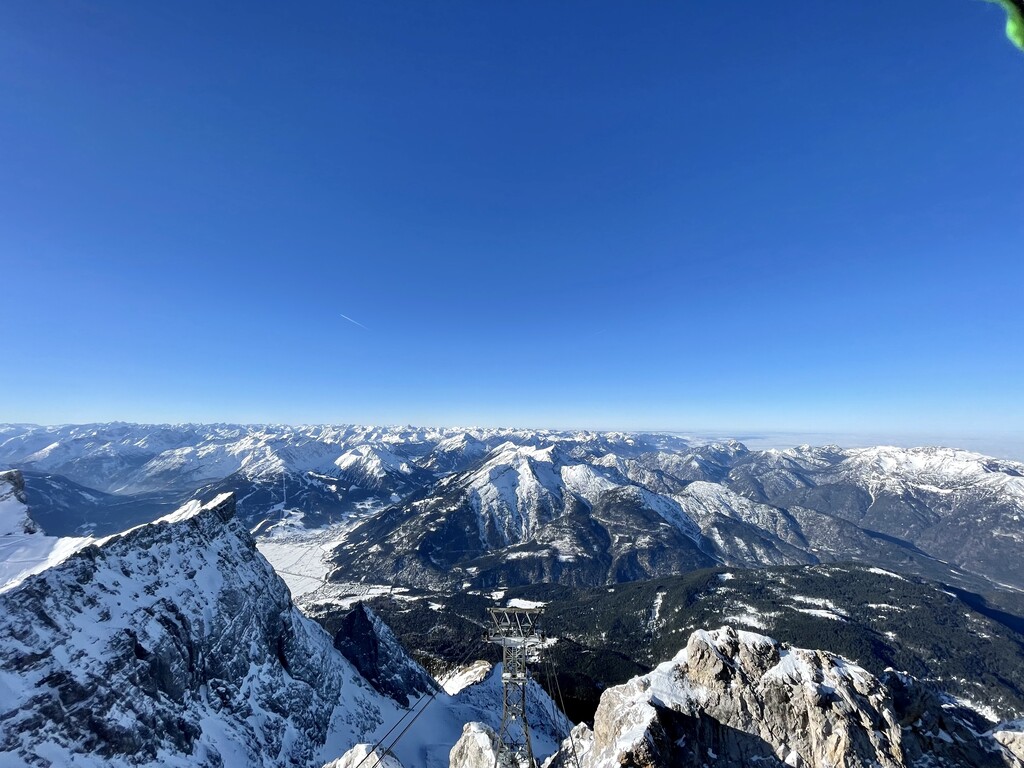 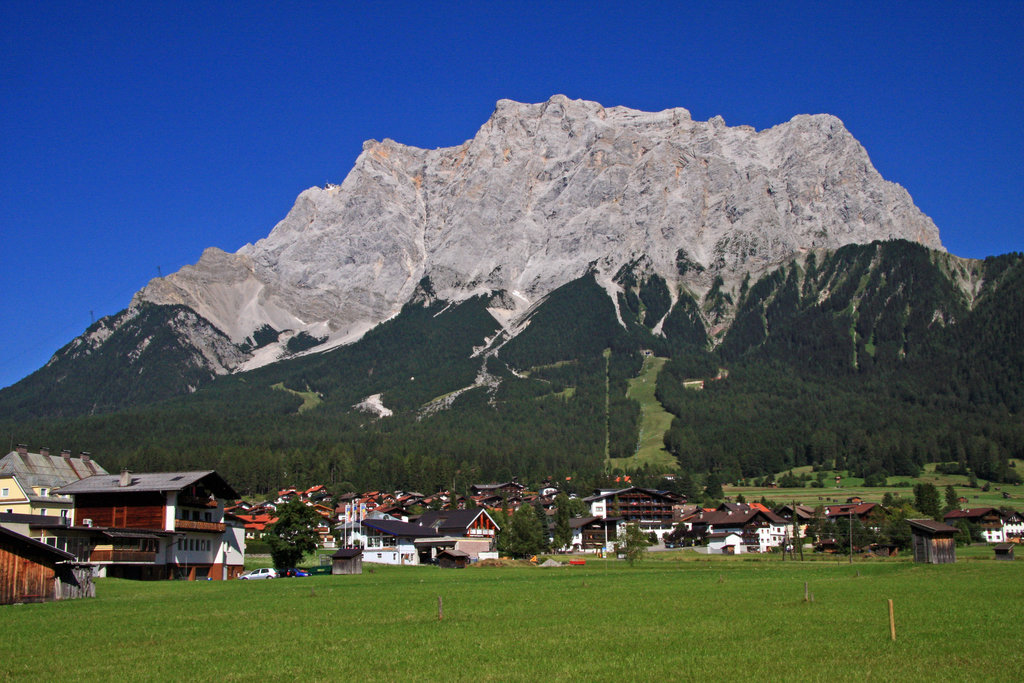 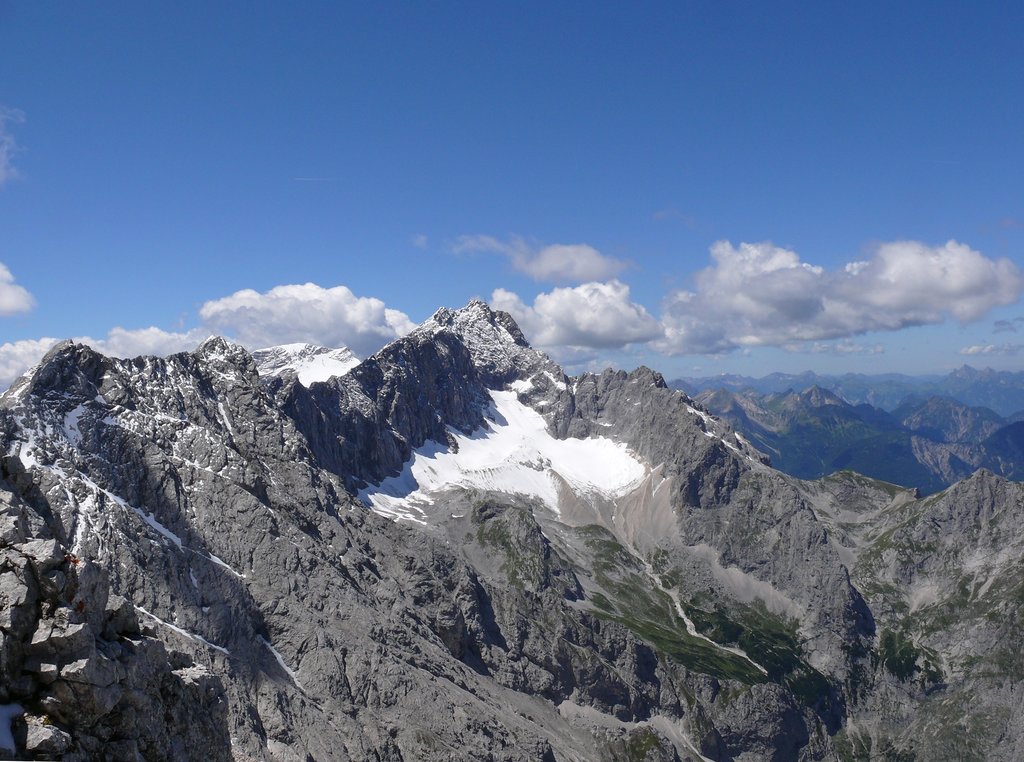 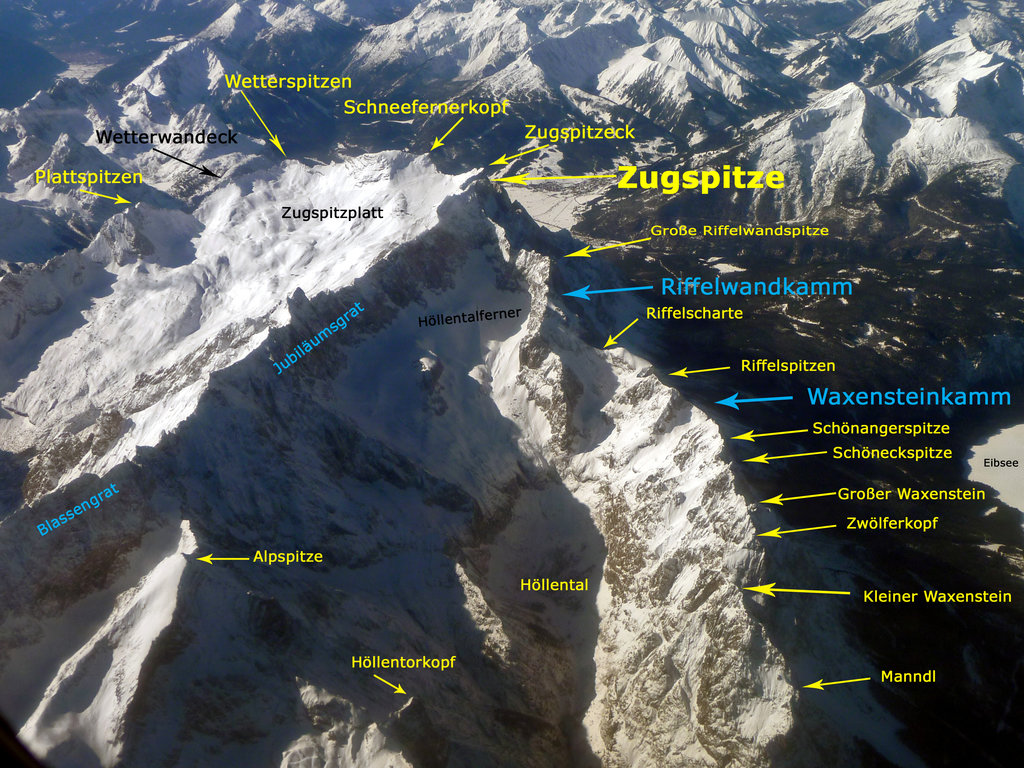 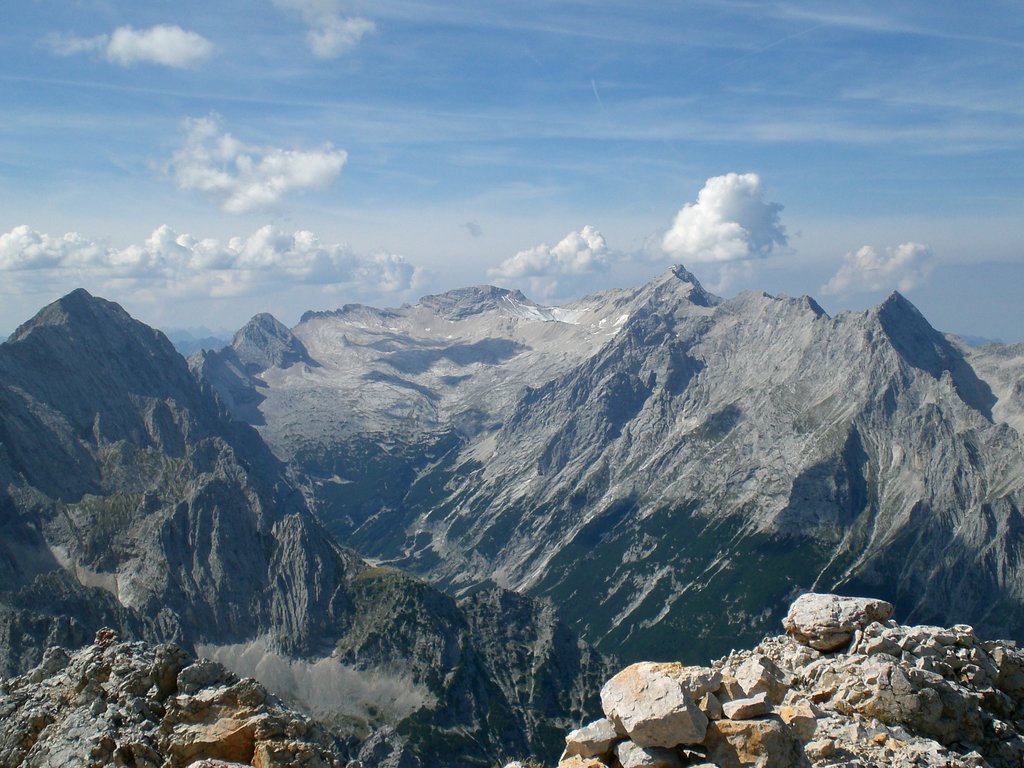 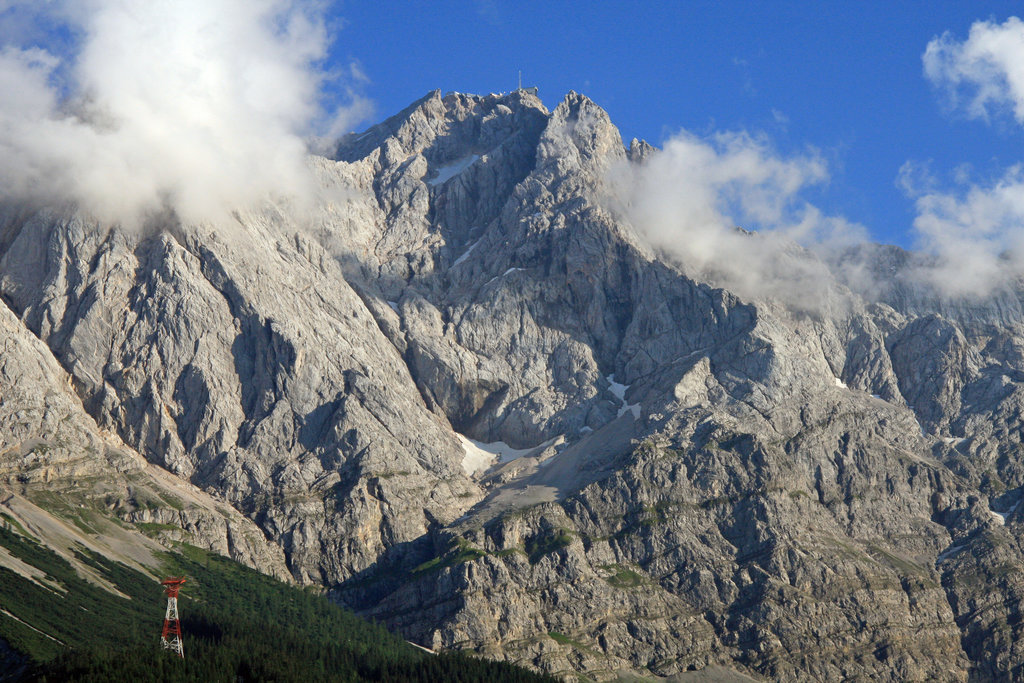 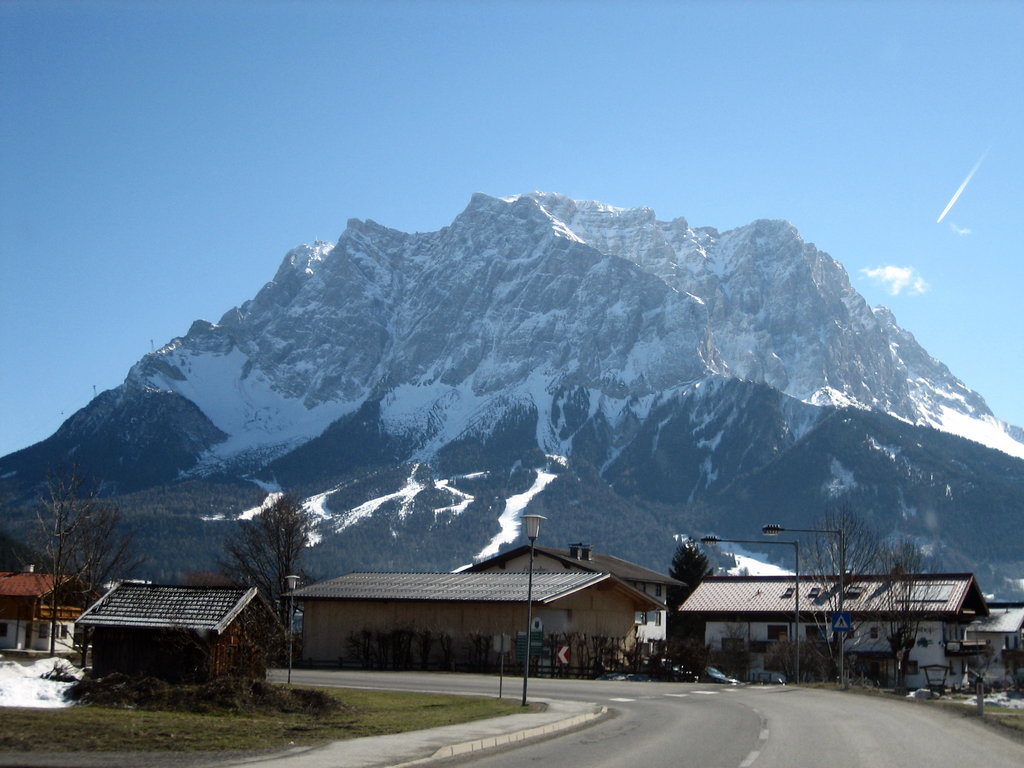 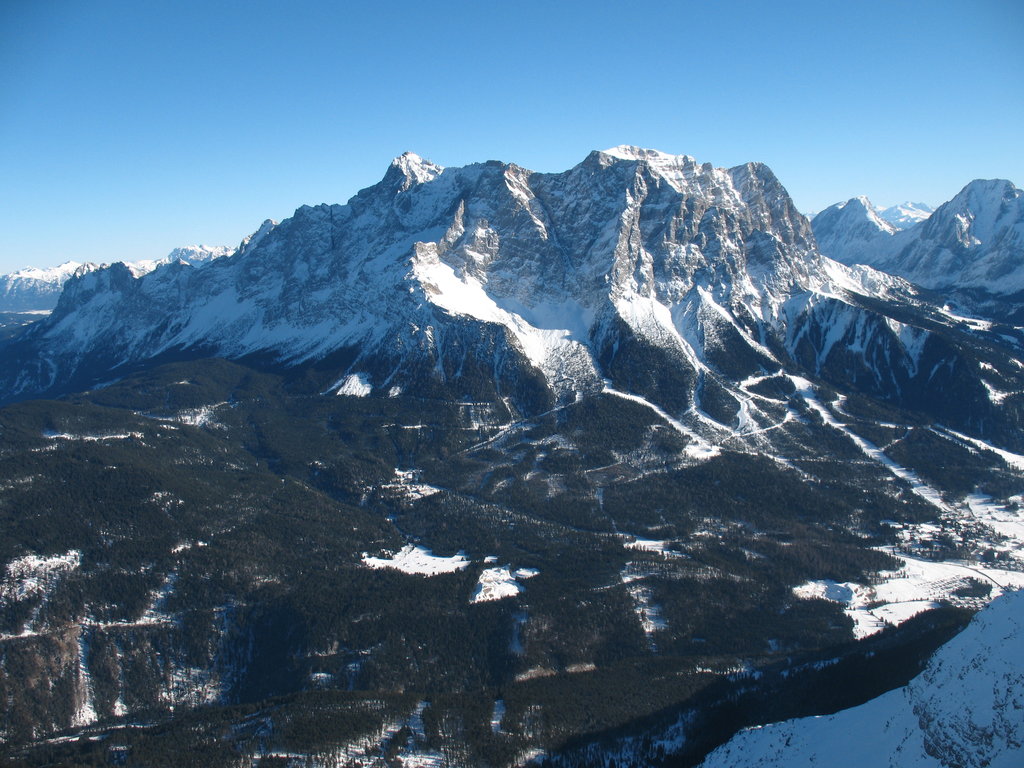 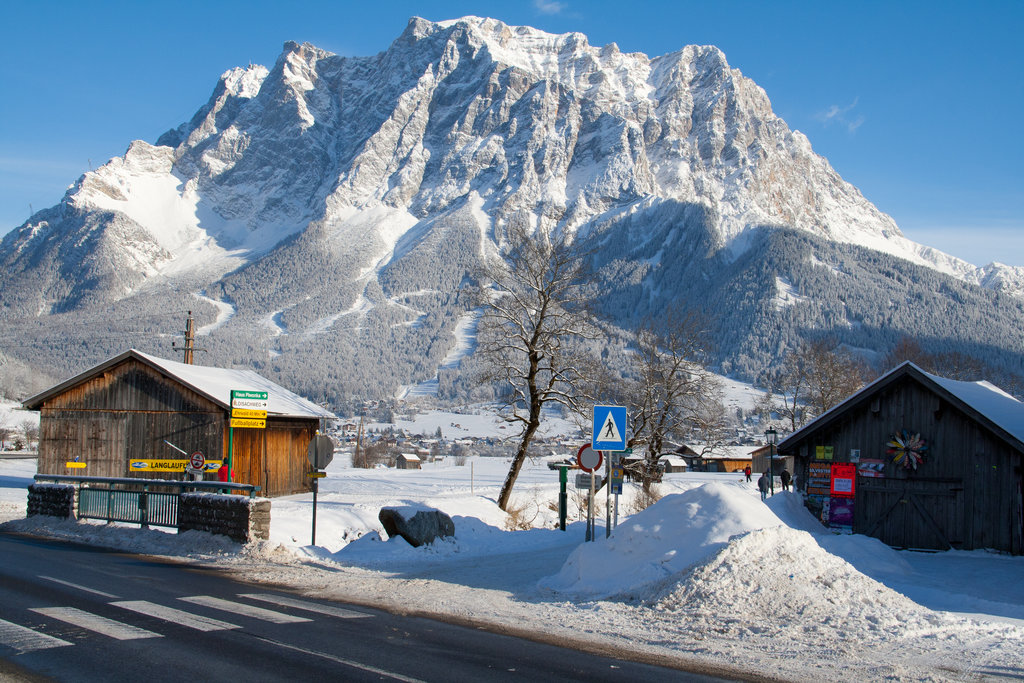