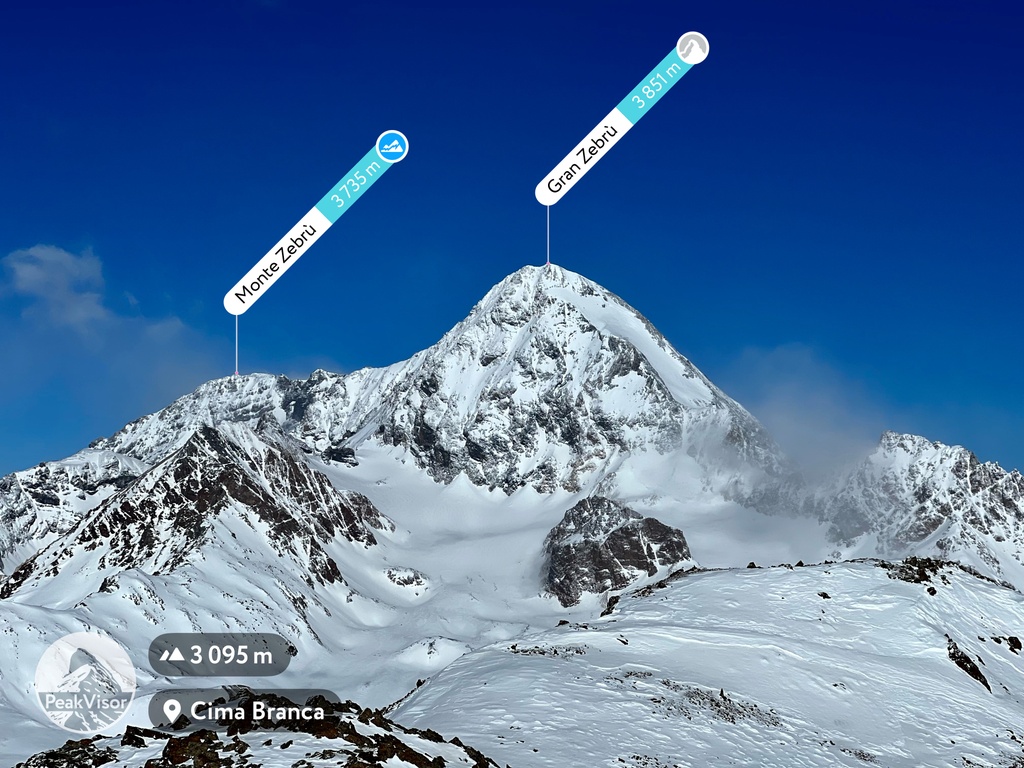 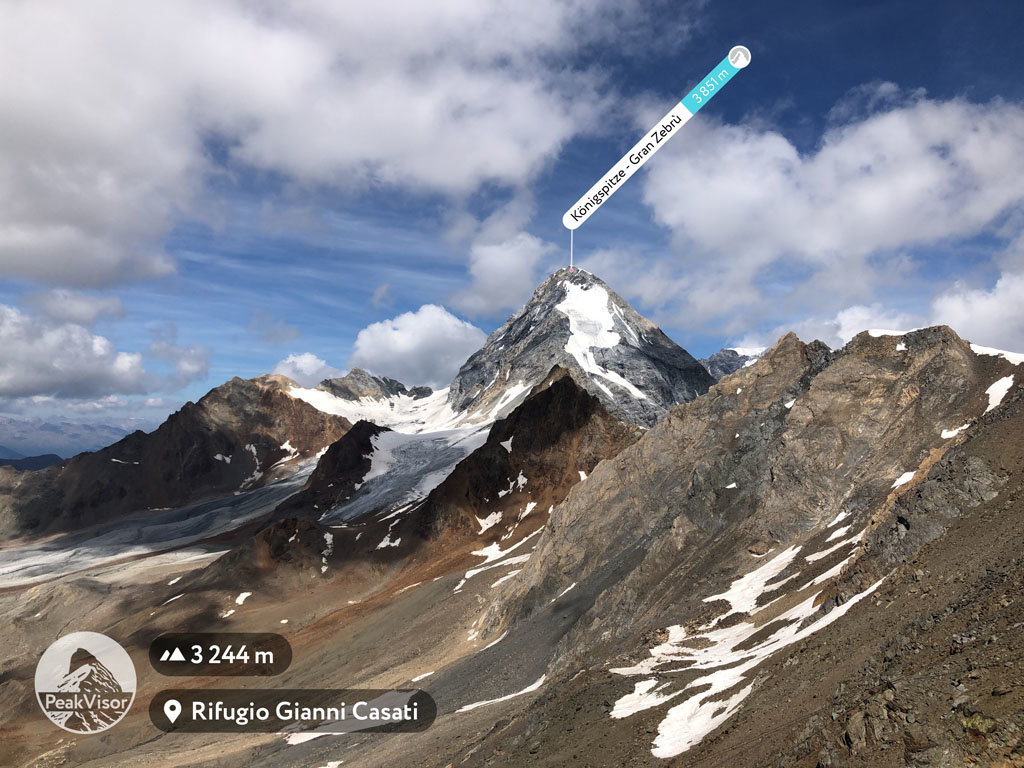 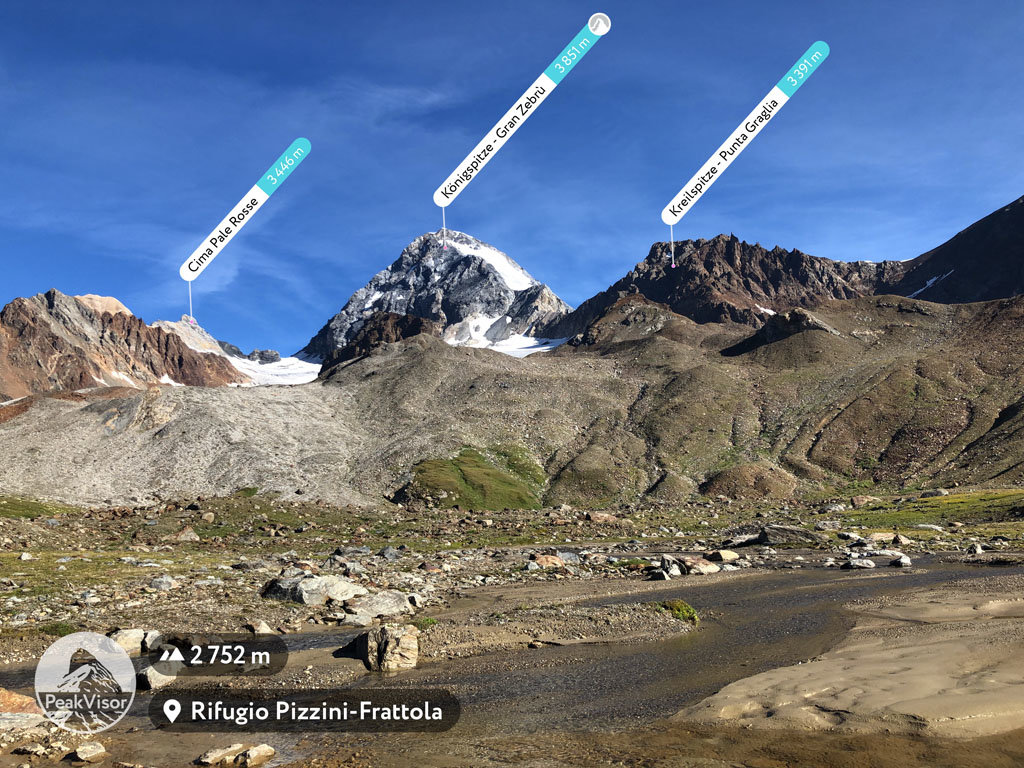 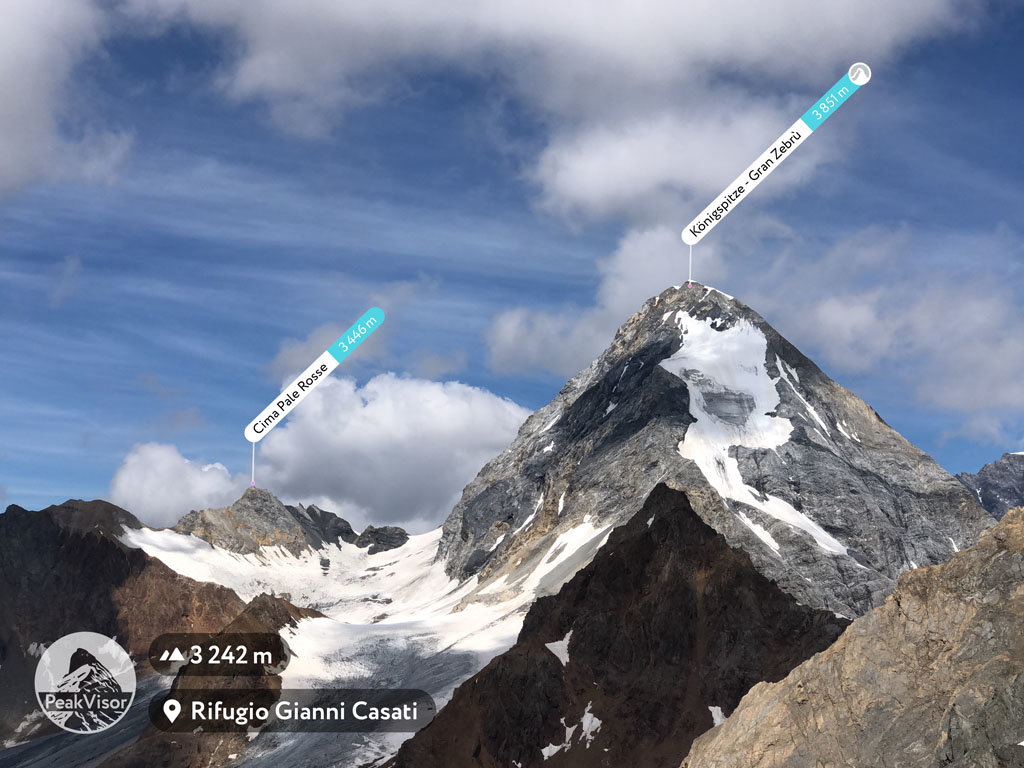 7 icons
Add button
3 851 m
Elevation
Elevation is the altitude of a place
above sea level.

426 m
Prominence
Peak’s prominence is the least
vertical to be covered to get from the
summit to any other higher terrain.

Gran Zebrù (Italian) or Königspitze (German) is the second-highest peak in the region. It was first successfully climbed in August 1854. The summer months can be dangerous for climbing, as the melting snow and ice tend to cause rockfalls and avalanches.

The mountain has claimed several lives this way. For instance, seven people lost their lives on 5 August 1997 in two separate locations. In June 2013, six people died in similar incidents.

There are various routes to approach Gran Zebrù / Königspitze: from the south side, the northwest, and also from the east.

INTERESTING FACT: During the First World War, Königspitze was strategically important on the Italian Front, and fierce battles were fought between the Austrians and the Italians right up to the summit region. There are many archeological remains of this conflict in the area, and the best preserved wooden barrack is on top of Königspitze.

There are many indigenous flowers to be enjoyed, including the alpenrose (a rhododendron), moosglöckchen (a kind of honeysuckle), inntaler primel (from the primrose family), and gentians. The mountain region is also home to chamois, the golden eagle, and the bearded vulture.
There's a demanding alpine trail (T5) called 1 leading to the summit.

46.505 N   10.542778 E
Nearest Higher Neighbor
Ortler Vorgipfel - Ortles Anticima - 3.5 km NW
El: 3 852 m / Prom: 0
Check out a downloadable 3D model of Gran Zebrù area. A higher resolution model can be found in the PeakVisor mobile app.
Do you have photos of Gran Zebrù or know something about it? Please let us know!