Boasting towering peaks, deep canyons, dense forests, and the Wild and Scenic Salmon River, the Salmon-Challis National Forest is a federally-managed area of land located in the east-central part of the US state of Idaho. The forest contains 208 named mountains, the highest and most prominent of which is Borah Peak (12,654ft/3,857m) - the tallest point in the state of Idaho. 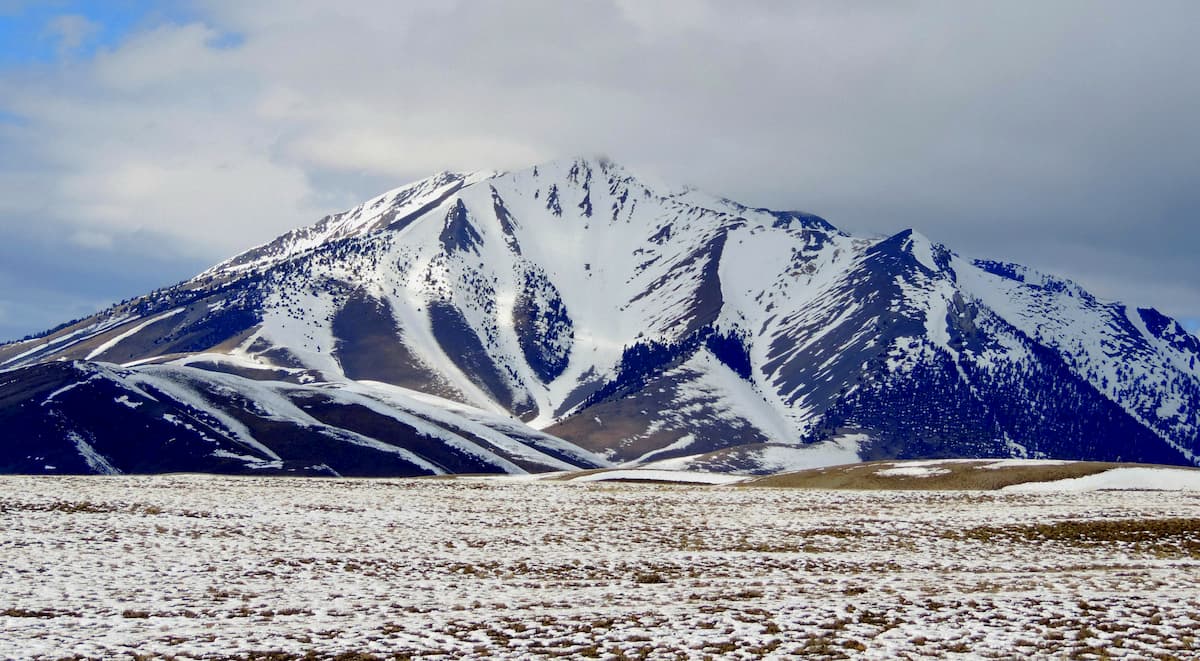 The Salmon-Challis National Forest is located in the east-central part of the state of Idaho, along its border with Montana. It is a massive area of land, covering some 4,235,940 acres (1,714,224 ha) of rugged terrain in Custer, Lemhi, Butte, Clark, Blaine, Idaho, and Valley counties.

In fact, the Salmon-Challis National Forest is so large that it is the fifth biggest by land area in the country, trailing only behind Tongass, Humboldt-Toiyabe, Chugach, and Okanogan-Wenatchee. However, the forest is located very close to its next largest counterparts, the Bridger-Teton, Beaverhead-Deerlodge, and Idaho Panhandle National Forests, which are situated in Wyoming, Montana, and Idaho, respectively.

Due to its sheer size, the Salmon-Challis National Forest encompasses parts of a large number of mountain ranges, including:

Moreover, the forest is located within a massive conglomerate of publicly-owned land that covers much of central and northern Idaho and western Montana, extending as far north as the United States’ border with Canada.

Meanwhile, the forest is located to the west of the Caribou-Targhee National Forest and the Craters of the Moon National Monument and Preserve as well as to the east of the Beaverhead-Deerlodge National Forest.

For the most part, the mountains within the Salmon-Challis National Forest are part of the Idaho-Bitterroot Rocky Mountains. However, each range within the forest has its own unique geologic history.

Comprising the largest section of the Salmon-Challis National Forest, the Bitterroot Range is a collection of 723 mountains, the highest of which is Bald Mountain.

The range is mostly underlain by the massive Idaho Batholith, which is a major intrusion of granites in the central part of the state. This batholith began to uplift during the Laramide orogeny, some 80 to 55 million years ago, forming the mountains that exist today.

However, the peaks in the region really started to take their current shape during the Pleistocene, when widespread glaciation carved out many of the landforms that visitors can see in the range.

The Bitterroot Range is known for having some small deposits of gold and other precious metals, though gold mining was never as abundant here as it was elsewhere in Idaho and especially in Montana.

Although both of these ranges, which run parallel to each other and are separated by a narrow valley, are part of the Idaho-Bitterroot Rocky Mountains, they are technically part of the Basin and Range Province, which also includes the Great Basin Ranges to the south.

The bedrock in the Lemhi and Lost River Ranges is mostly sedimentary, which is a stark contrast to the igneous and metamorphosed bedrock to the north, west, and south. Much of the bedrock in these regions is part of the Belt Supergroup, which can also be found in the Beaverhead Mountains.

These mountains formed through repeated thrusting and faulting, evidence of which can be clearly seen today. In fact, the Lost River Range, in particular, is especially tectonically active, having been hit by a massive 1983 earthquake near Borah Peak which registered at a 6.9 on the moment magnitude scale.

Situated in the northeastern corner of the Salmon-Challis National Forest and also in the Beaverhead-Deerlodge National Forest, the Beaverhead Mountains are a long chain of peaks on the Montana and Idaho border. The range itself contains 78 named mountains, the highest and most prominent of which is Scott Peak, though only a small section is actually located within Salmon-Challis.

Encompassing much of the southern part of the Salmon-Challis National Forest, the Boulder Mountains and Pioneer Mountains are two small ranges that share a similar geologic history.

Both ranges are part of the Idaho-Bitterroot Rocky Mountains, though they are not underlain by the Idaho Batholith, like the Bitterroot Range to the north. However, the ranges do contain a large thrust belt of Paleozoic bedrock, some of which is part of the sedimentary Idaho Black Shale Mineral Belt.

Other parts of the range are igneous and metamorphic in origin and are part of the Challis Volcanic Group. Mining has a long and storied history in both ranges, due to the high concentration of galena - a form of lead ore.

Located directly south of the Lost River Range, the White Knob Mountains are a collection of 23 named peaks, the highest and most prominent of which is Redbird Mountain.

These peaks are extremely complex from a geologic standpoint, least of all because they are mostly composed of sedimentary rock with widespread igneous intrusions. The range contains many deposits of valuable minerals and metals, especially copper.

While the White Knob Mountains are not as well known as their neighbors - the Lost River Range to the north and the Pioneer Mountains to the south - they do contain some major peaks, including: Redbird Mountain, Shelly Mountain, Cabin Mountain, Lime Mountain, and White Knob Summit.

The Salmon-Challis National Forest is home to a diversity of different ecosystems, thanks to the sheer size of its boundaries. However, the majority of the forest falls within one of two primary ecoregions: the Idaho Batholith and the Middle Rockies.

For the most part, the Idaho Batholith Ecoregion encompasses the Bitterroot Range, the White Knob Mountains, the Boulder Mountains, and the Pioneer Mountains, or, in other words, the entire western half of the forest. Meanwhile, the Middle Rockies Ecoregion includes the Beaverhead Mountains, the Lost River Range, and the Lemhi Range.

That being said, the overall gist of both ecoregions is quite similar, even if there are small differences in the specific plant communities found in each one.

For example, most of the Salmon-Challis National Forest is covered in dense coniferous forest. The primary species in these forests are lodgepole pines, Douglas firs, ponderosa pines, subalpine firs, Engelman spruce, and whitebark pine.

Meanwhile, major animal species in the forest include mountain lions, elk, moose, marmots, black bears, and coyotes. Within the Frank Church-River of No Return Wilderness, in particular, one can also find wolverines and grey wolves.

The land that is now part of the Salmon-Challis National Forest has long been home to humans. Indeed, it is part of the ancestral homelands and traditional territory of many different groups, including the Nez Perce Tribe (Nimiipuu), the Confederated Salish and Kootenai Tribes of the Flathead Nation, the Eastern Shoshone Tribe, and the Shoshone-Bannock Tribes, among others.

Perhaps the earliest people of European descent to visit the region were the members of the Lewis and Clark Expedition in the early 19th century. After the expedition, sizable numbers of fur trappers, miners, ranchers, missionaries, and prospectors flocked to the region, claiming the land as their own, though, of course, there had already been people living there for countless generations.

During the mid 1850s, a number of Mormon missionaries even established a mission and a fort near the modern-day community of Tendoy, though the fort (named Fort Lemhi) was abandoned a few years later.

In the 1860s, the establishment of a ferry system across the Snake River near Idaho Falls also helped encourage US settlement of the region. This led to widespread cattle and sheep ranching, particularly around the foothills of the Lemhi and Lost River Ranges.

These days, the forest remains a popular destination for hikers, climbers, boaters, and anglers who want to enjoy the stunning beauty that the region has to offer.

The Salmon-Challis National Forest is home to thousands of miles of hiking trails and even more opportunities for remote, off-trail travel. Due to the sheer size of the forest, discussing each trail in detail would be impossible, though there are some particularly popular parts of the forest that are certainly worth a visit.

Here are some of the best places to check out during your trip to the Salmon-Challis National Forest.

However, the range itself is quite remote and there are relatively few established and marked trails. Therefore, anyone venturing into the Lost River Range should be prepared for difficult conditions and should feel confident in their navigation skills. It’s also worth mentioning that a high clearance, 4-wheel drive vehicle is a must-have if you want to navigate the rough roads in the range.

Most of the range’s visitors set their sights on peak ascents of the area’s tallest mountains. Borah Peak is easily the most popular climb, since it’s the state high point, and the most common ascent is up the south ridge. Alternatively, Leatherman Peak makes for a good outing, but it’s less frequently summited than its taller counterpart.

Although the Lemhi Range is often overlooked in exchange for its loftier neighbor, it does offer some spectacular hiking and backpacking opportunities. Of course, the trails are not very well marked, so off-trail navigation skills are a must.

Many hikers in the Lemhi Range set out to summit Yellow Peak or Diamond Peak. Both offer stunning views of the surrounding area from their summits, though they require a decent amount of scrambling over scree fields along the way.

Other than that, the Lemhi Range is rife with off-trail hiking opportunities and multi-day or multi-week backpacking adventures are certainly possible if you get a bit creative with your route planning.

The largest single contiguous wilderness area in the continental United States, the Frank Church-River of No Return Wilderness is a backpacker’s paradise.

Within the wilderness alone, there are more than a thousand miles of hiking trails for visitors to enjoy. Since the wilderness is also located in one of the largest roadless regions in the continental United States, it’s the perfect place to go if you’re looking for a bit of solitude in the mountains.

Although the Salmon-Challis National Forest is home to some truly remote terrain, it is fairly close to some of the state’s major cities. Here are a few of the best places to stay during your trip to the forest:

The largest city in Idaho outside of the Boise metropolitan area, Idaho Falls is home to some 60,000 residents who live just to the southeast of the Salmon-Challis National Forest. Idaho Falls is a hub of commerce and culture for eastern Idaho and it is the site of the second-busiest airport in the state.

Boise is the capital and largest city in Idaho with some 240,000 residents. Although the city is located a decent distance away from the Salmon-Challis National Forest, it is still within a day’s drive of most of the forest’s major trailheads.

Due to its large population, Boise is a cultural and commercial center for the state. It is also home to the largest airport in Idaho, which offers flights to major destinations around the country. Boise is also easy to get to by road, thanks to I-84, which runs through the city and connects it with both Portland, Oregon and Salt Lake City, Utah.

Nestled in the mountains just to the south of the Salmon-Challis National Forest, the towns of Sun Valley and Ketchum are popular destinations for outdoor recreation. Sun Valley is a particularly well-known resort city in the winter months, thanks to its great alpine skiing opportunities. There’s also a busy regional airport near the two towns, which offers great connections to Boise and other nearby cities. 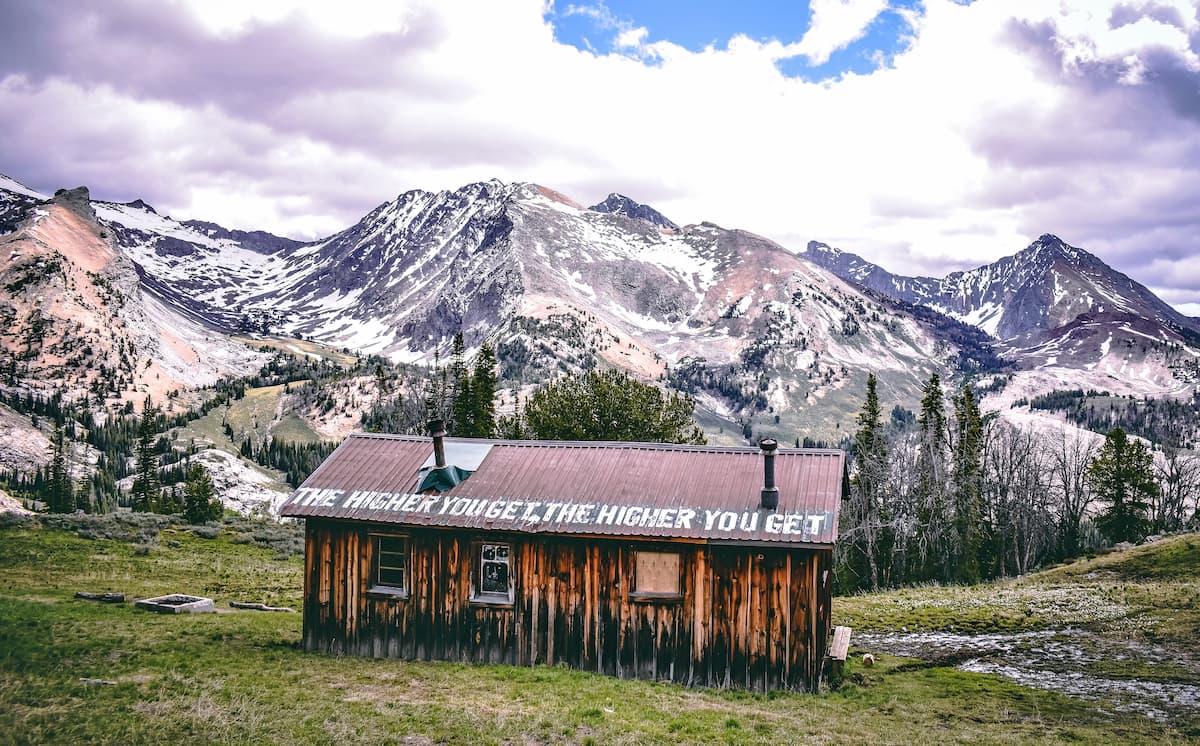 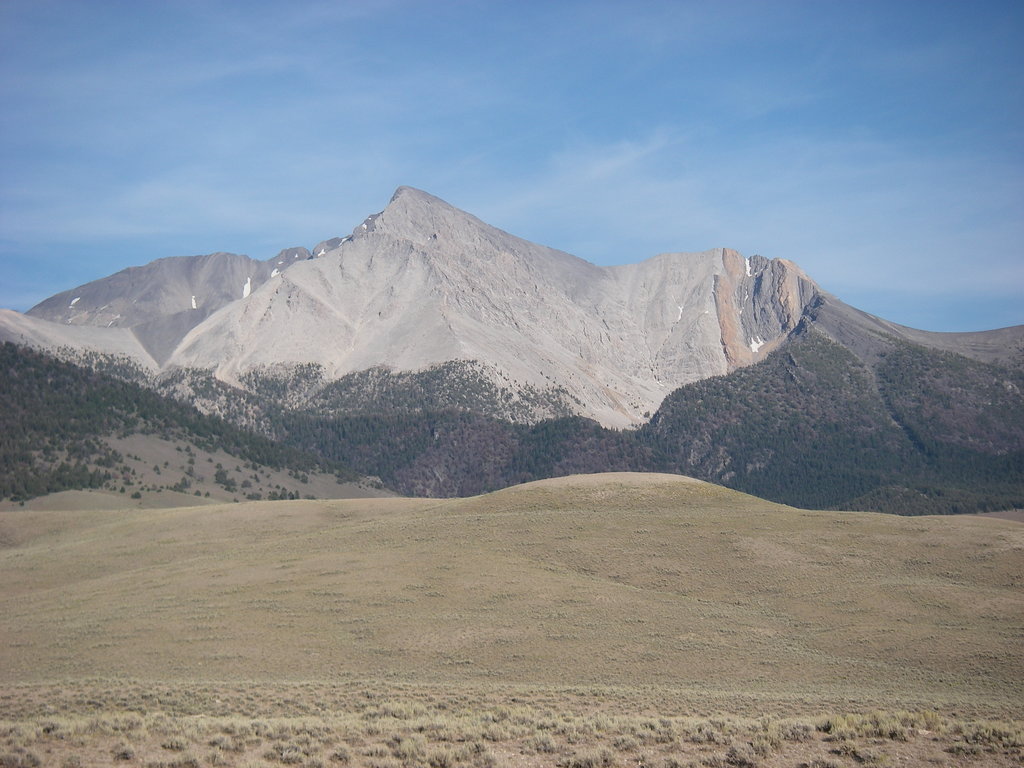 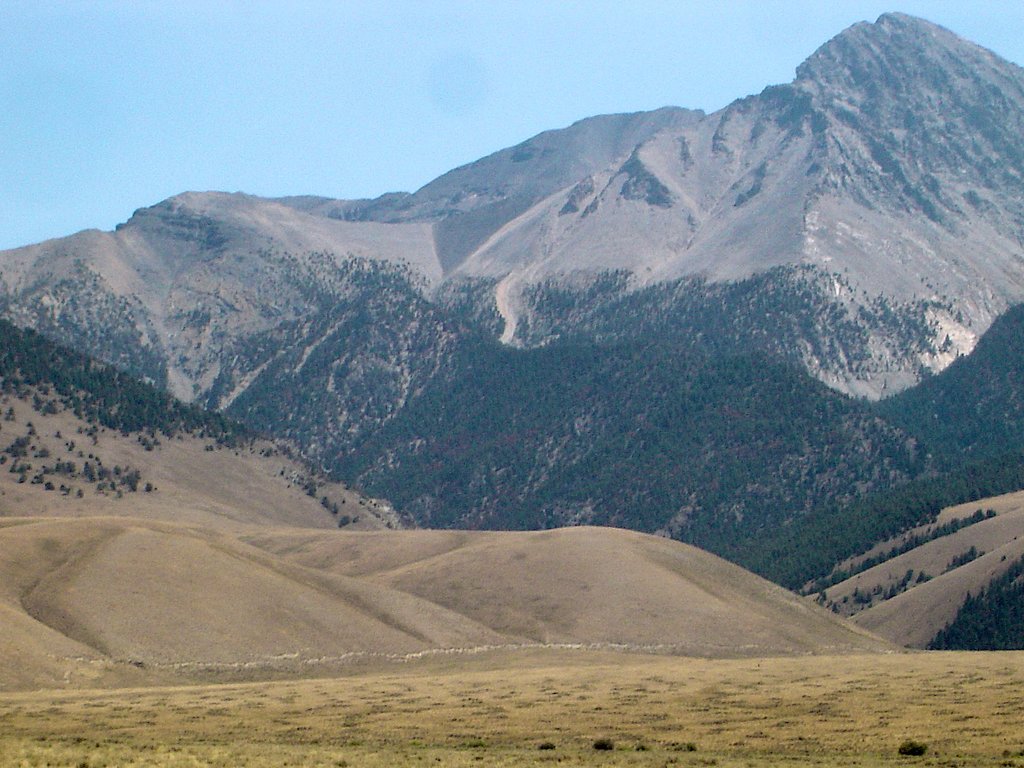 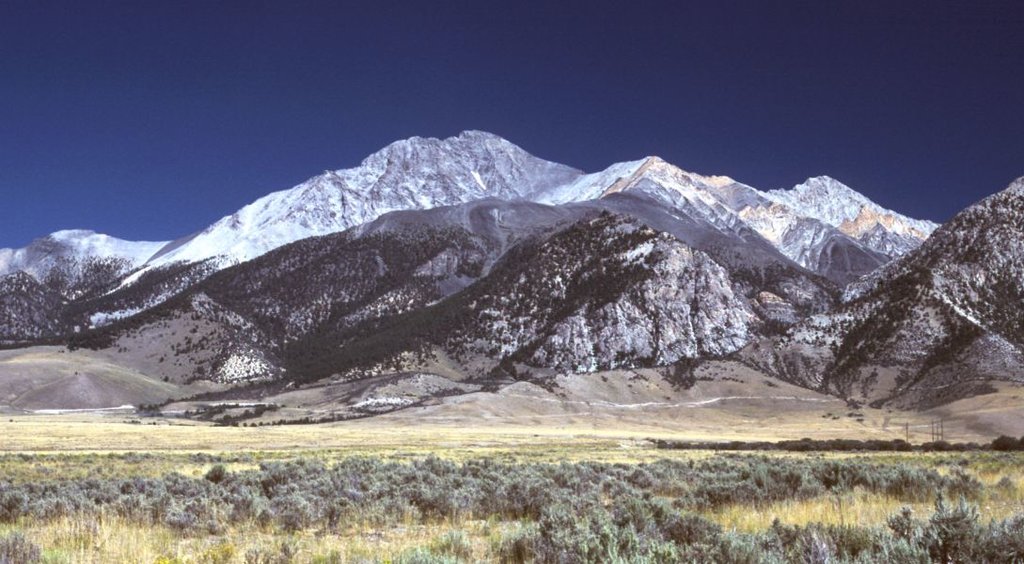 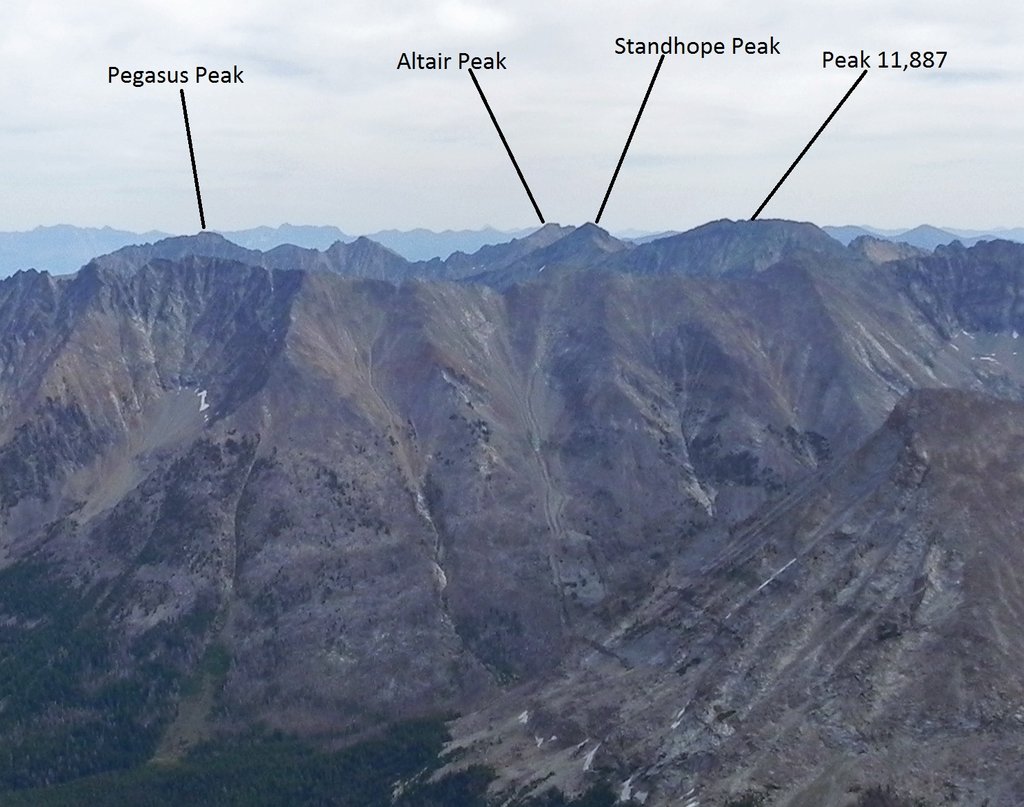