The Okanogan-Wenatchee National Forest covers over 4 million acres of the eastern slopes of the Cascade Range in Washington. Together, the combined Okanogan and Wenatchee forests span from the Canadian border to the Goat Rocks Wilderness, a distance of approximately 180 miles. Due to its immense size, the Okanogan-Wenatchee Forest is known to be incredibly diverse, containing elevations ranging from just 1,000 feet to over 9,000 feet.

The Okanogan Forest is found within Okanogan County in north-central Washington. This portion of the larger Okanogan-Wenatchee National Forest is bordered by British Columbia, Colville National Forest, the divide between Methow and the Stehekin-Lake Chelan valleys, and North Cascades National Park. At nearly 1.5 million acres, the Okanogan forest is one of the largest national forests in Washington. Okanogan contains portions of the Pasayten and the Lake Chelan-Sawtooth Wilderness areas. 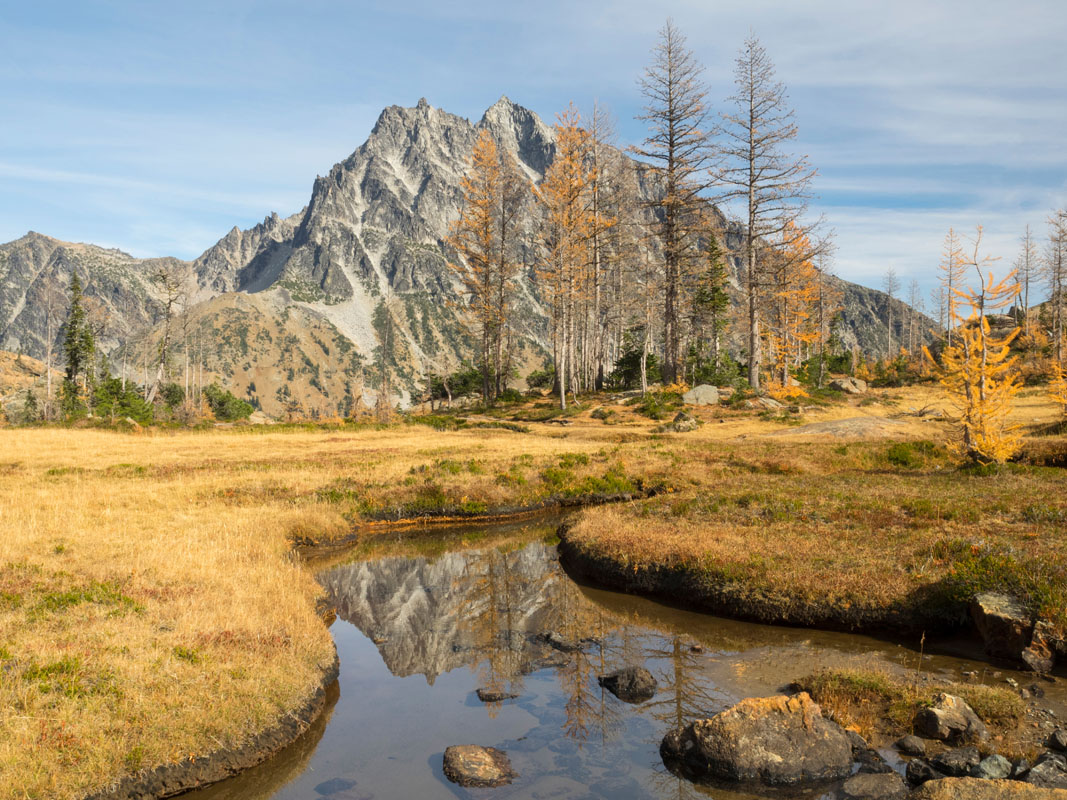 Home to the infamously high, glaciated alpine peaks of the Cascade Crest, Okanogan-Wenatchee has plenty to offer in the way of dramatic vistas and stunning scenery. The highest peak in the forest, Mount Stuart, is one of “The 50 Classic Climbs of North America,” and serves as a challenging ascent for experienced mountaineers and ambitious climbers. Other noteworthy summits include Dragontail Peak, Bonanza Peak, Jack Mountain, and Mount Fernow. The jagged topography of the Cascade mountains also produces idyllic subalpine regions and lakes, as well as incredible subalpine first, sprue, and lodgepole forests.

The eastern portion of the forest contains extensive stands of ponderosa pine, Douglas-fir, western larch, lodgepole pine, and quaking aspen. Also, wetlands can be found throughout the forest, particularly near the Methow, Similkameen, and Okanogan Rivers.

Okanogan-Wenatchee is popular amongst hikers, climbers, bikers, campers, backcountry travelers, fishers, winter recreation enthusiasts, as well as general outdoor lovers. There are hundreds of hiking trails to explore, plenty of sightseeing opportunities, and a variety of accommodations scattered throughout the Forest. The easiest way to access the Okanogan-Wenatchee National Forest is via the US 2 and U97, or from the scenic Cascades Highway (SR 20).

The Okanogan-Wenatchee National Forest contains seven Ranger Districts. These districts and accompanying ranger stations offer visitors all of the information they need to enjoy the forest, including information on which recreation options are available, fee and permit requirements, and pertinent information related to weather, roads, and accommodations.

The Chelan Region, which is split by the 50.5 miles Lake Chelan, offers a variety of hiking, biking, backpacking, hunting, and fishing both surrounding and on Lake Chelan. This particular Ranger District contains over 400,000 acres of wilderness and fourteen major trailheads that lead to over 250 miles of maintained hiking trails. 60 miles of trail are suitable for motorcycles, horses, mountain bikers, as well as hikers.

The Cle Elum Ranger Station, which stretches from the crest of the Cascades to the prairies and sage steppe of Central Washington, contains approximately 375,000 acres of wilderness. Cle Elum houses craggy alpine summits of the Wenatchee Mountains, as well as vast pine forests, meadows, and valleys. This region also contains 800 miles of trail (400 motorized, 400 non-motorized), 100 miles of groomed snowmobile trails, and 21 miles of set track ski trails. Because this region isn’t far from metropolitan Seattle, it’s the perfect escape and popular destination for Puget Sound locals.

The Methow region, which is surrounded by the glacial peaks of the North Cascades, is a popular destination for Puget Sound locals looking to explore the vast valleys, high ridges, and cascading rivers of the Okanogan-Wenatchee National Forest.

The Methow Valley Ranger District encompasses 1.3 million acres of wilderness from the town of Twisp to the crest of the Cascades in the Pasayten Wilderness. The highest peak in this region is North Gardner Mountain, which sits at nearly 9,000 feet in elevation.

The Naches Ranger District contains over 500,000 acres of wilderness from the town of Naches to the crest of the Cascades. To the west of the district is Mt. Baker-Snoqualmie National Forest, Mt. Rainier National Park, and Gifford Pinchot National Forest. The Naches region houses over 50 summits that can be accessed by hiking or climbing including Gilbert Peak, Ives Peak, and Tieton Peak.

The Tonasket Ranger District contains over 400,000 acres of wilderness and covers five distinct areas of eastern Okanogan County. Home to a diverse landscape, Tonasket offers more than 180 miles of maintained trails open to hikers, equestrians, and motorized vehicles. Tonasket is further off the beaten path than a few of the other Ranger Districts, making it less frequented by travelers.

Popular hikes and destinations in the Tonasket region include: Horseshoe Basin, Mount Bonaparte, Windy Peak, and the Highlands Sno-park area.

The Wenatchee River Ranger District, which encompasses almost 700,000 acres of wilderness, is one of the largest Ranger Districts in the Okanogan-Wenatchee National Forest. Wenatchee extends from the city of Wenatchee to the crest of the Cascades in the Glacier Peak and Alpine Lakes Wilderness.

The Summit at Snoqualmie

Tucked in the heart of the Cascades, The Summit is comprised of four unique ski areas that span both sides of Snoqualmie Pass – Alpental, Summit West, Summit Central, and Summit East. The resort’s location, directly off of I-90 and just an hour from Seattle city center, make it incredibly accessible and popular amongst locals.

This cluster of ski areas offers over 2,500 miles of trails suitable for hiking, horseback riding, and biking. In the winter, the summit offers more than 2,000 skiable acres and 25 lifts.

Summit West is the most well-known, while Alpental offers some of the steepest runs in the state. Summit East is known for its cross-country skiing and groomed trails and Central Summit houses a huge, popular terrain park. There are also several mountain towns with restaurants, shopping, and accommodations scattered throughout this region, making this the perfect basecamp for outdoor recreation.

Leavenworth is a quirky, Bavarian-style mountain town tucked in the Cascade Mountains. During the winter, winter recreation enthusiasts travel to Leavenworth to drink German beer and grab a bite to eat on Front Street after spending the day at the Leavenworth Ski Hill, Mission Ridge Ski & Board Resort, or Stevens Pass. In the summer, hikers hang out in Leavenworth to take advantage of easy access to popular trails like Icicle Ridge and Chiwaukum Creek. But aside from outdoor recreation, Leavenworth offers an eccentric dining experience and several interesting festivals and museums.

Located in the bustling Methow Valley in Okanogan County, Winthrop is a western themed town known for its proximity to outdoor recreation opportunities in the Okanogan-Wenatchee National Forest and North Cascades National Park. Home to the Rhythm and Blues Festival, Winthrop Marathon, and Methow Valley Chamber Music Festival, Winthrop is a charming, lively mountain town and a must-see on your way to or from the mountains.

Chelan may be best-known for its 50-mile namesake lake, but the town itself has plenty to offer in terms of food, facilities, and accommodations. This mountain hamlet is known for its warm summer days and relaxing lake-side amenities. Also, because Chelan sits at the foot of the North Cascades, it’s just a stone’s throw away from epic outdoor adventures. So, if you’re looking to go sightseeing, water-skiing, jet-skiing, parasailing, kayaking, hiking, canoeing, cruising, or just want to kick back by a beautiful body of water, Chelan is the place for you. 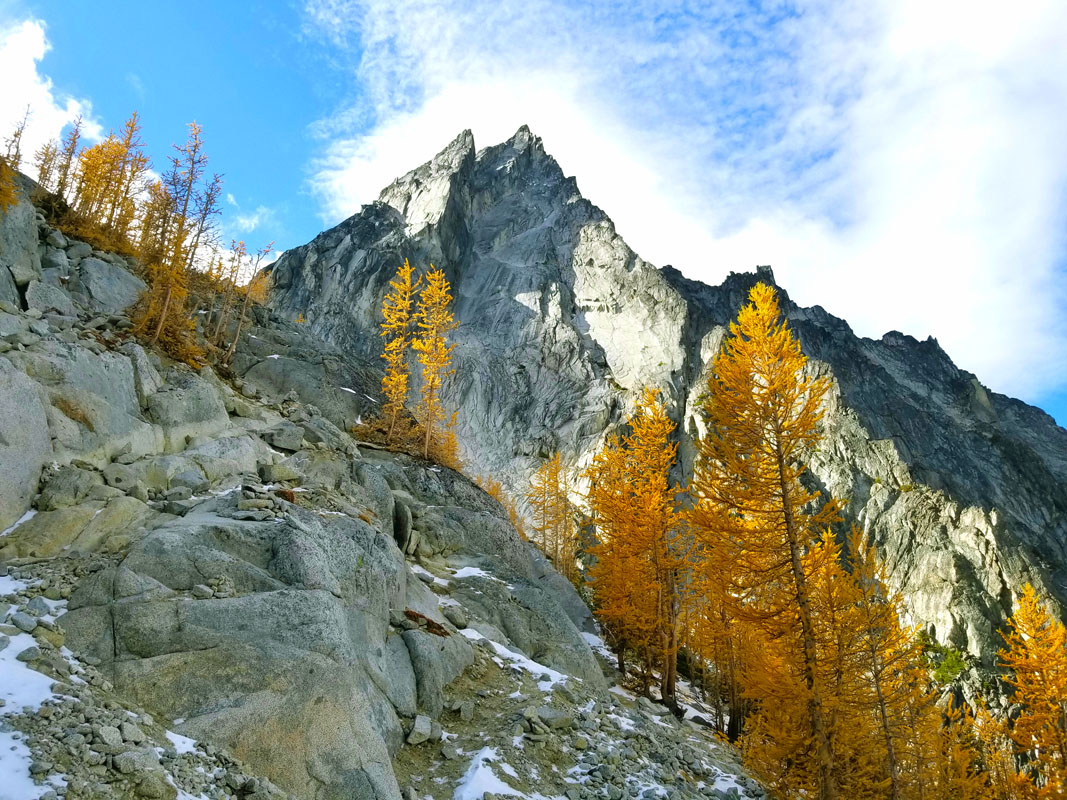 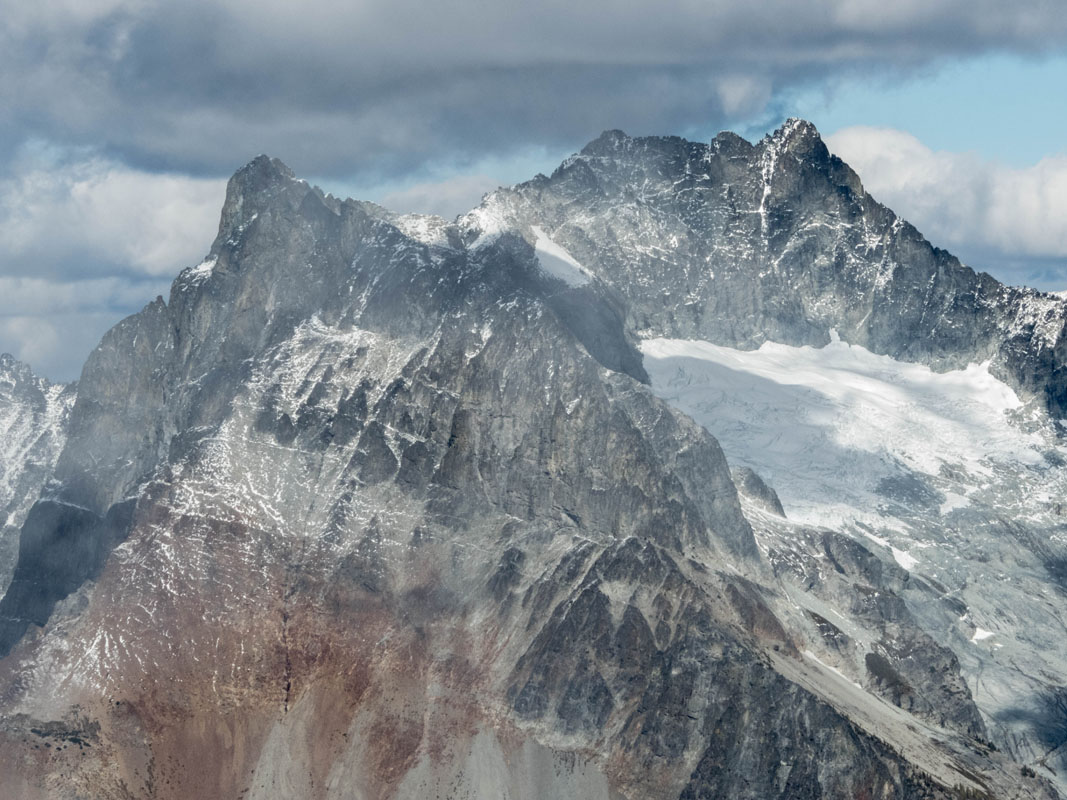 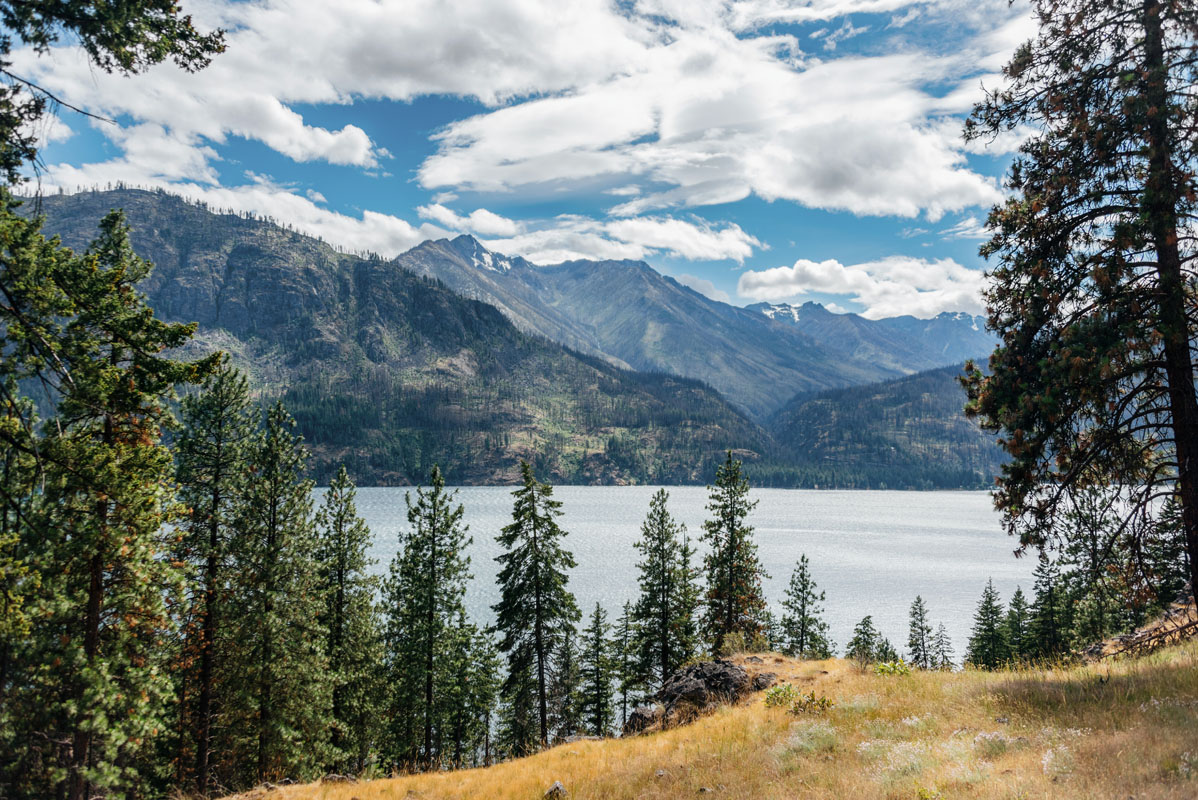 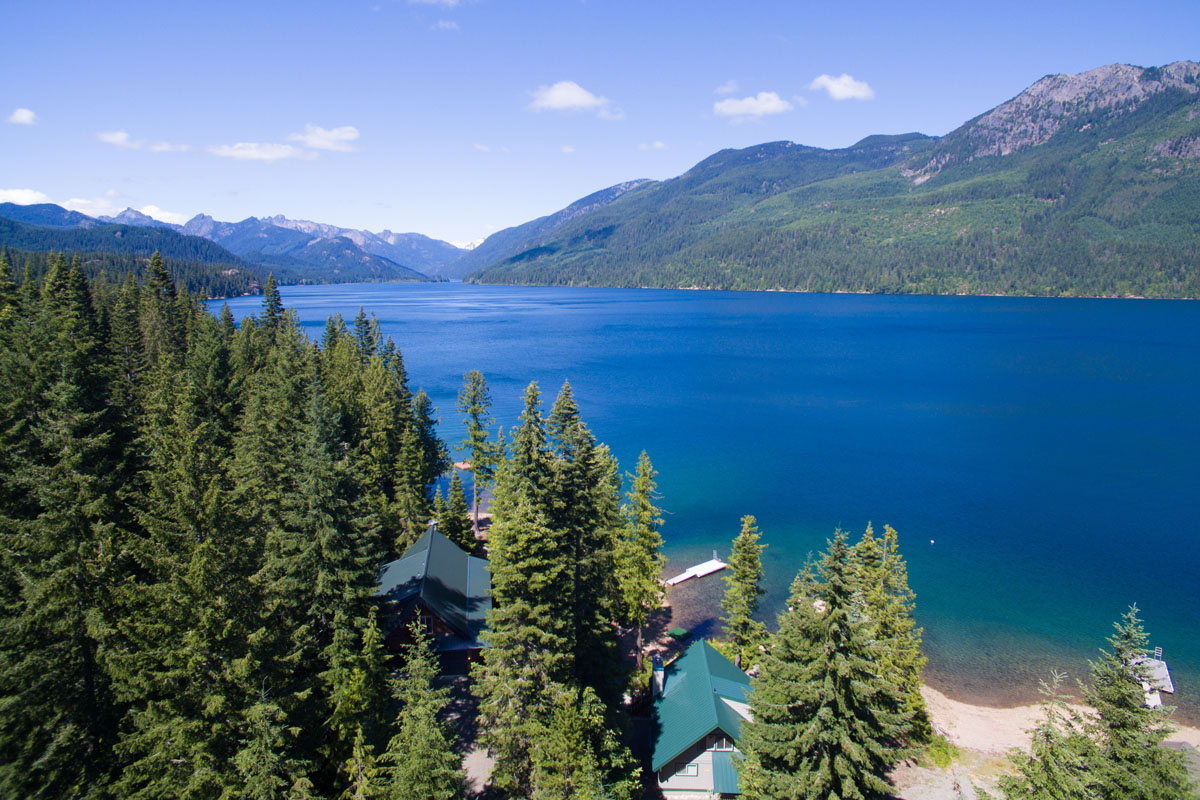 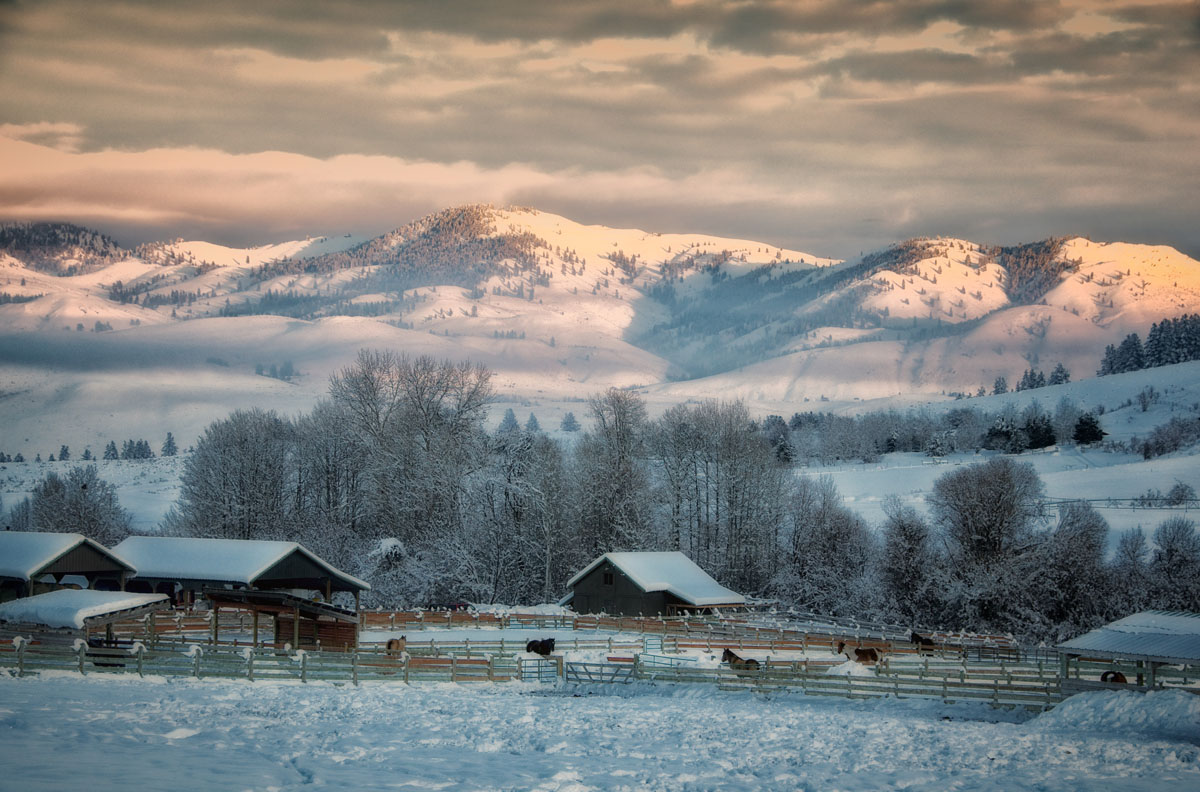 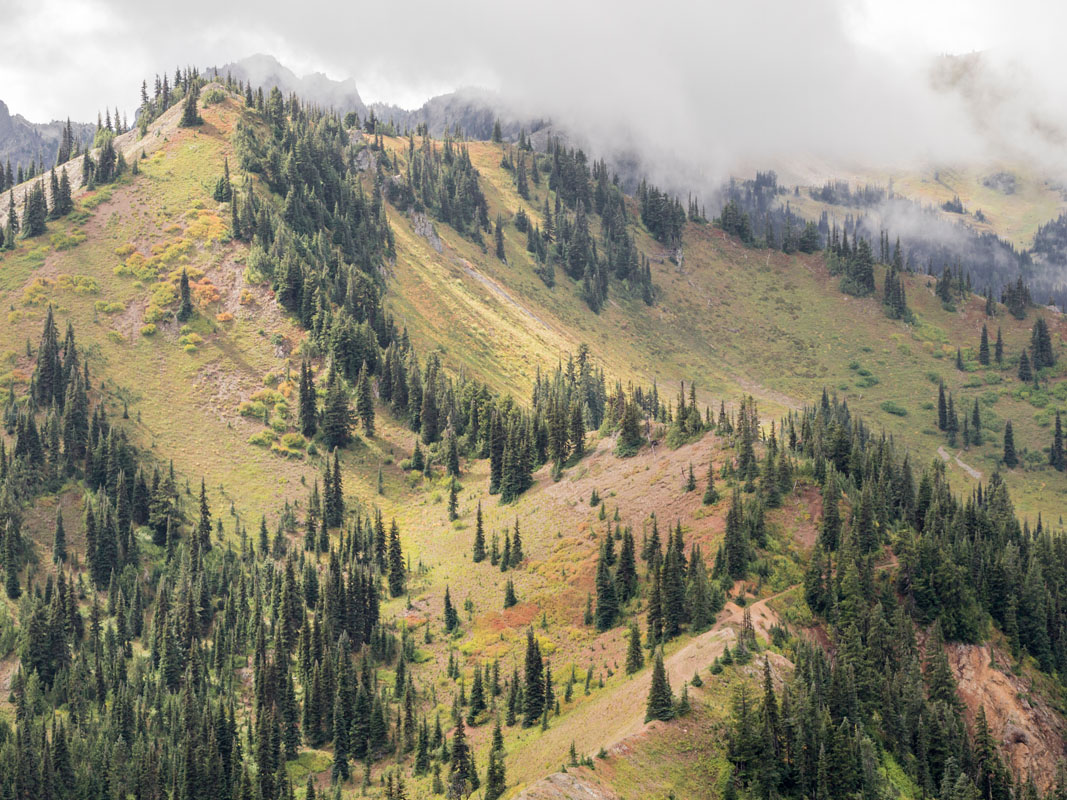 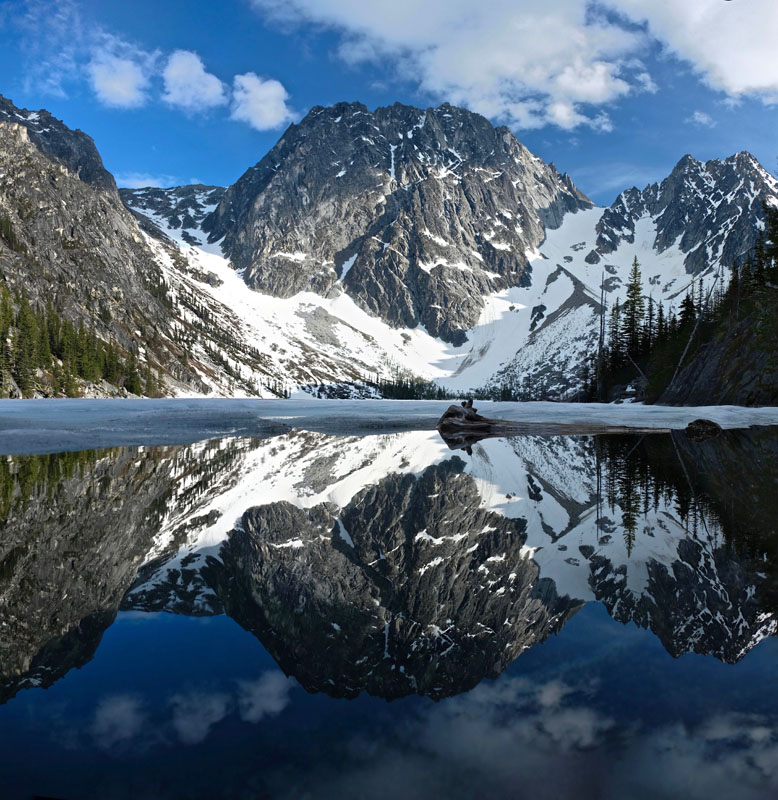