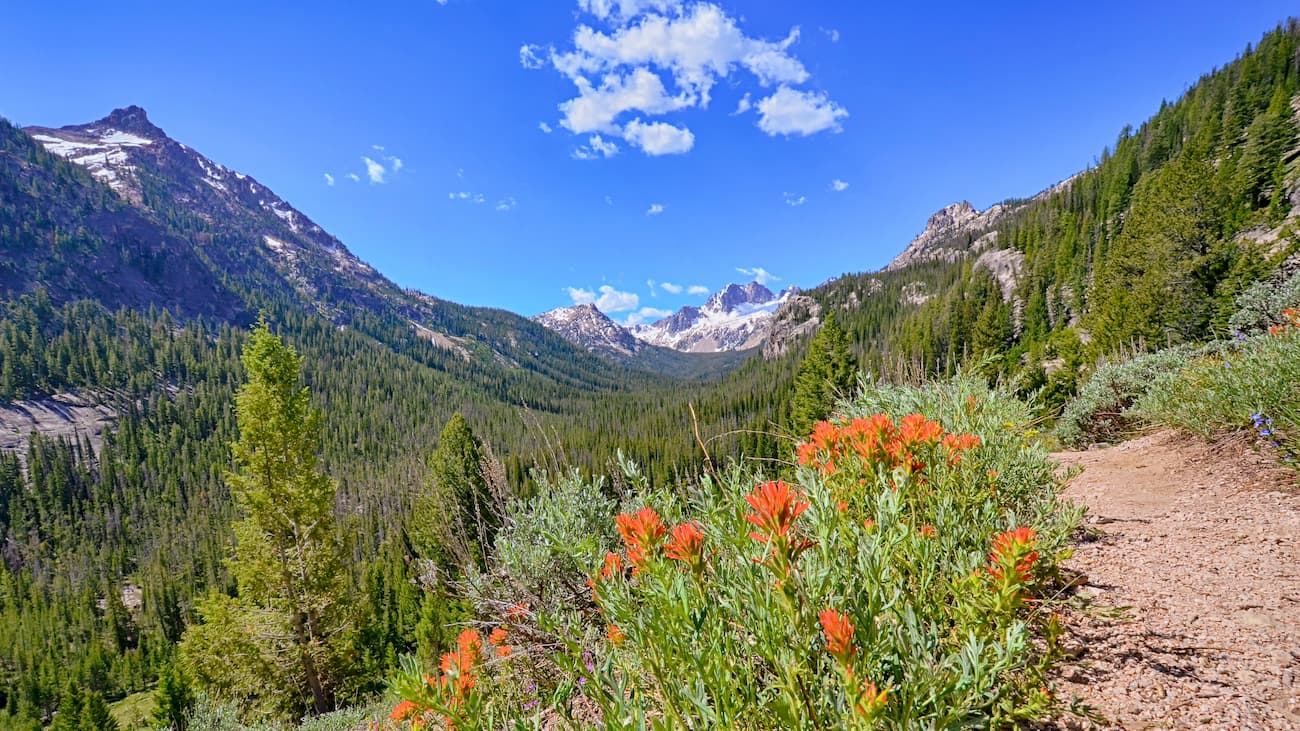 In the 1990s timber wolves were reintroduced to the region. Today they inhabit the area along with the endangered Canadian lynx. The Sawtooth valley was a popular site for the Mountain pine beetle in the early 2000’s. These beetles destroyed thousands of trees across the valley but forest management has controlled the outbreak.

Many of the trails in the Sawtooth National Recreation Area start at the Redfish Lake Inlet. It should be noted that the inlet is located on the south side of the lake with the road ending on the north side. Hikers can hike six miles from the parking lot or take a ferry across the lake. The loop around the entire lake totals 13 miles and has 2,178 feet of elevation gain. From the inlet, there are trails leading to the popular Alpine Lake, Saddleback Lake, and Lily Pond. Hikes from the inlet range from 10 miles to a short 1.4 miles.

This popular out and back hike totals 12.8 miles with 3,421 feet. The trail climbs steadily up to Sawtooth Lake, surrounded by trees with Alpine Peak overlooking the water. Stop here or continue upward to the summit of Alpine Peak for expansive views of the lake below as well as the expansive Sawtooth National Recreation Area.

As the most prominent mountain in the area, Lookout Mountain stands at 9,925 feet tall. The trail totals 10 miles with 2,500 feet of total elevation gain. Much of the elevation gain is in the final few miles up to the summit. While the summit offers incredible views of the wilderness below, be careful for approaching storms as the peak is quite dangerous during lightning storms. 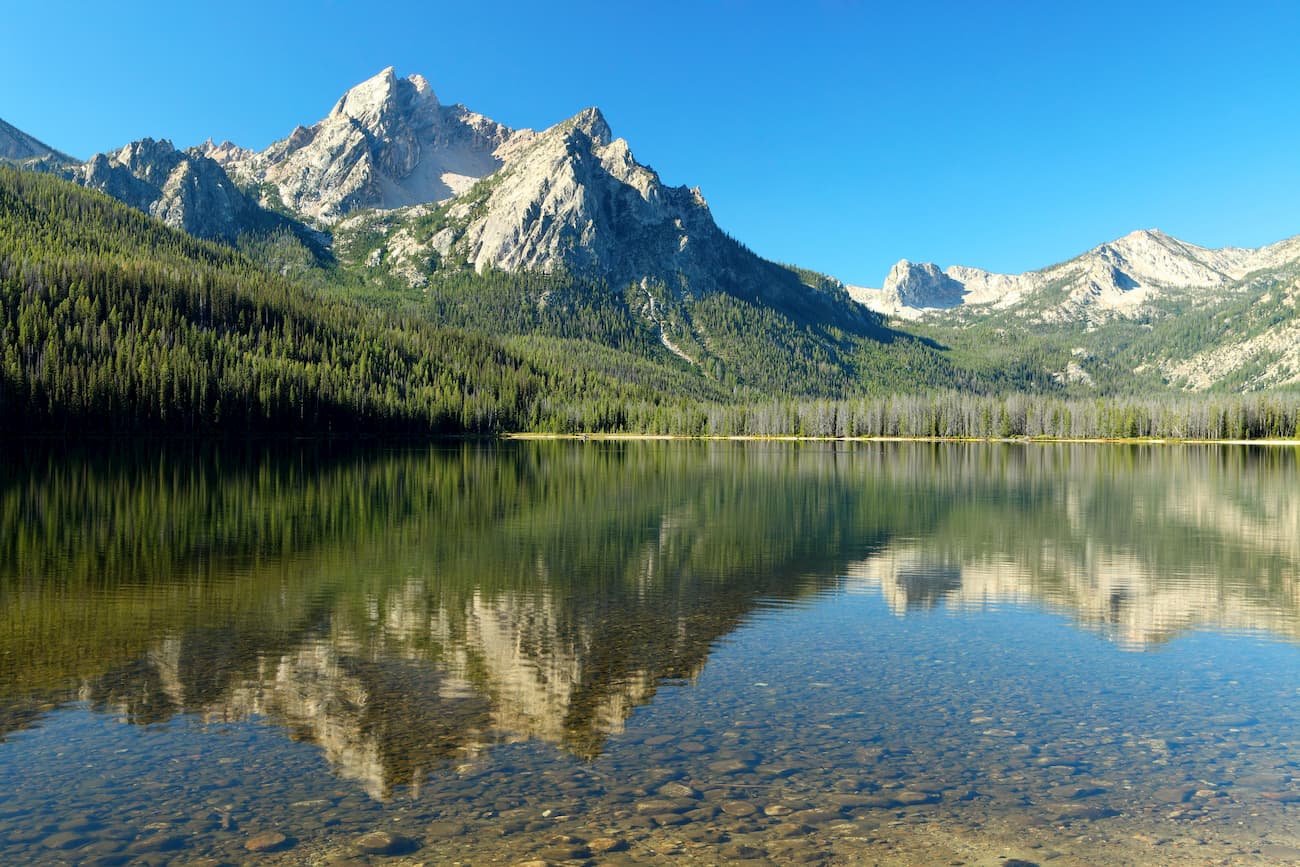 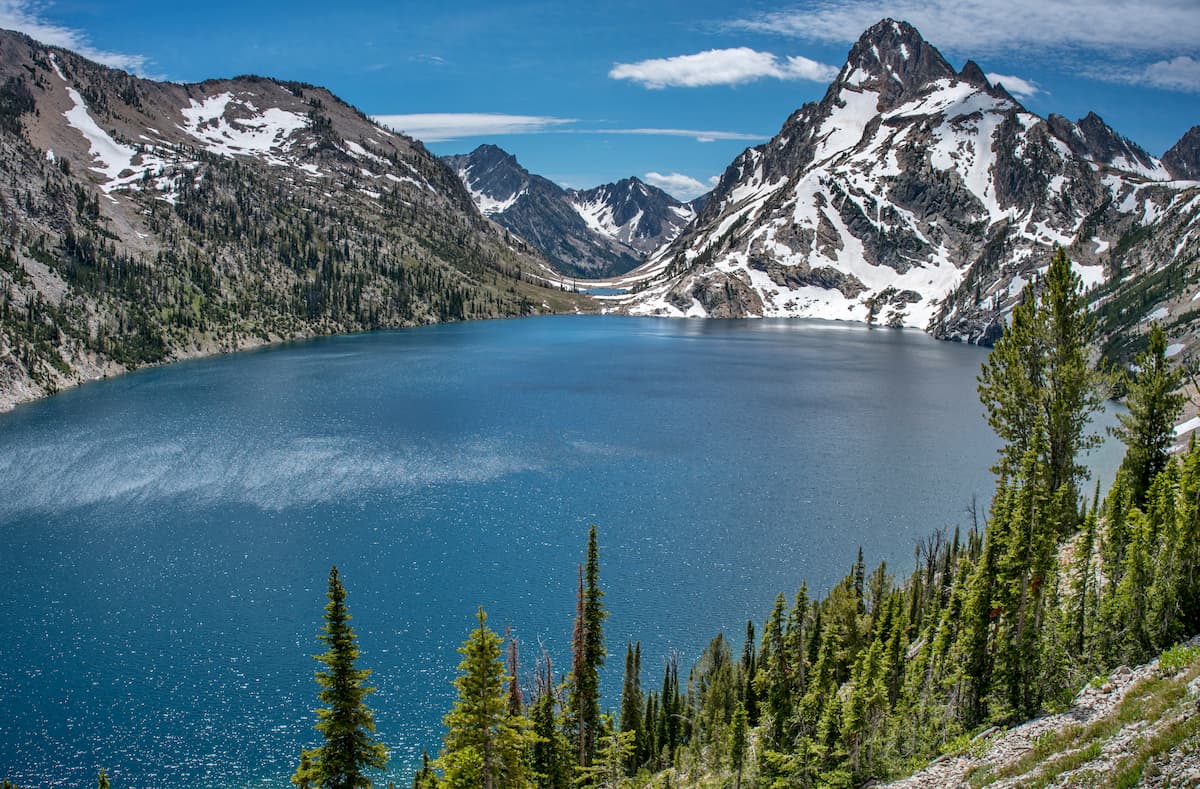 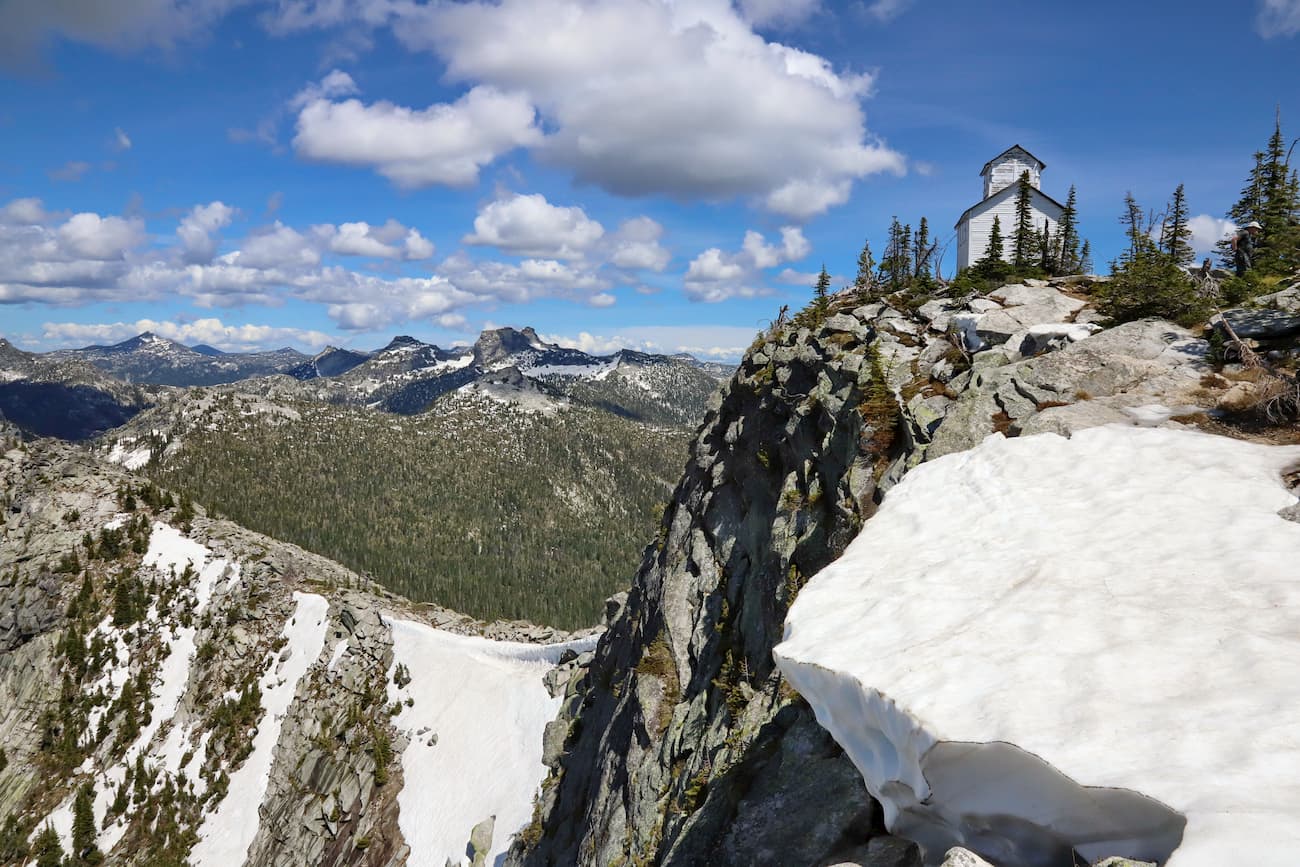 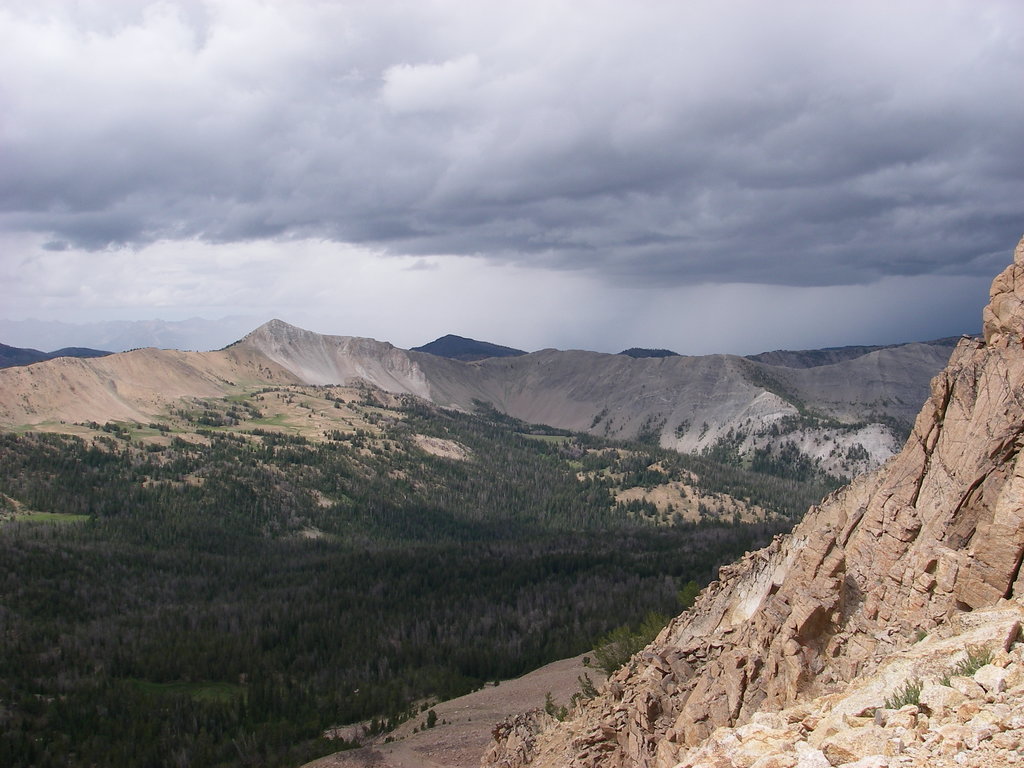 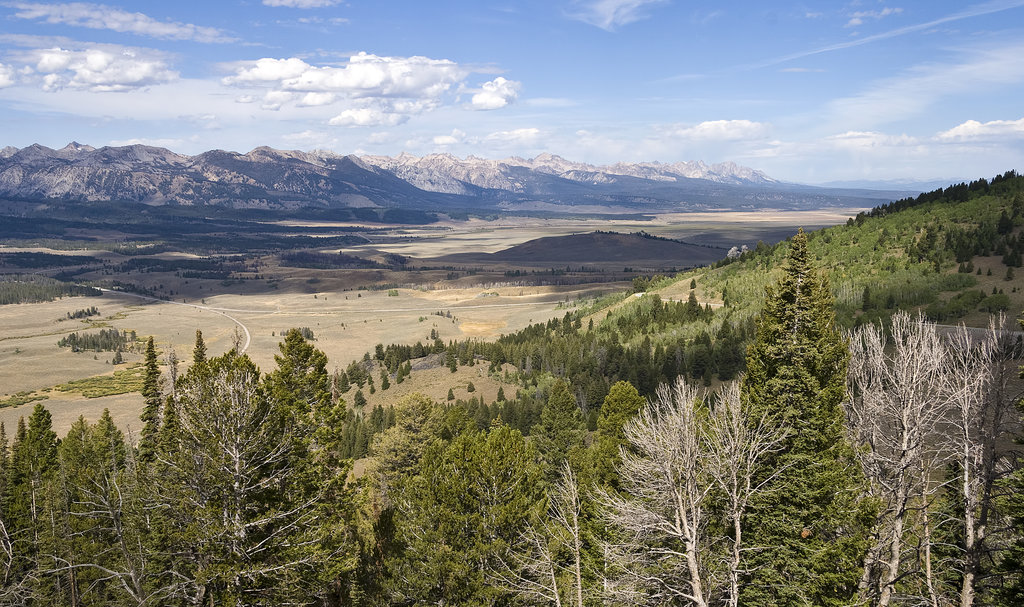