Forming the rocky ridge between the Lost River Range and the Beaverhead Mountains, the Lemhi Range of Idaho, USA is one of the lesser-known, but wonderfully beautiful collection of mountain peaks in the country. The Lemhi Range is home to 33 named mountains, the highest and most prominent of which is Diamond Peak (12,194ft/3,717m). 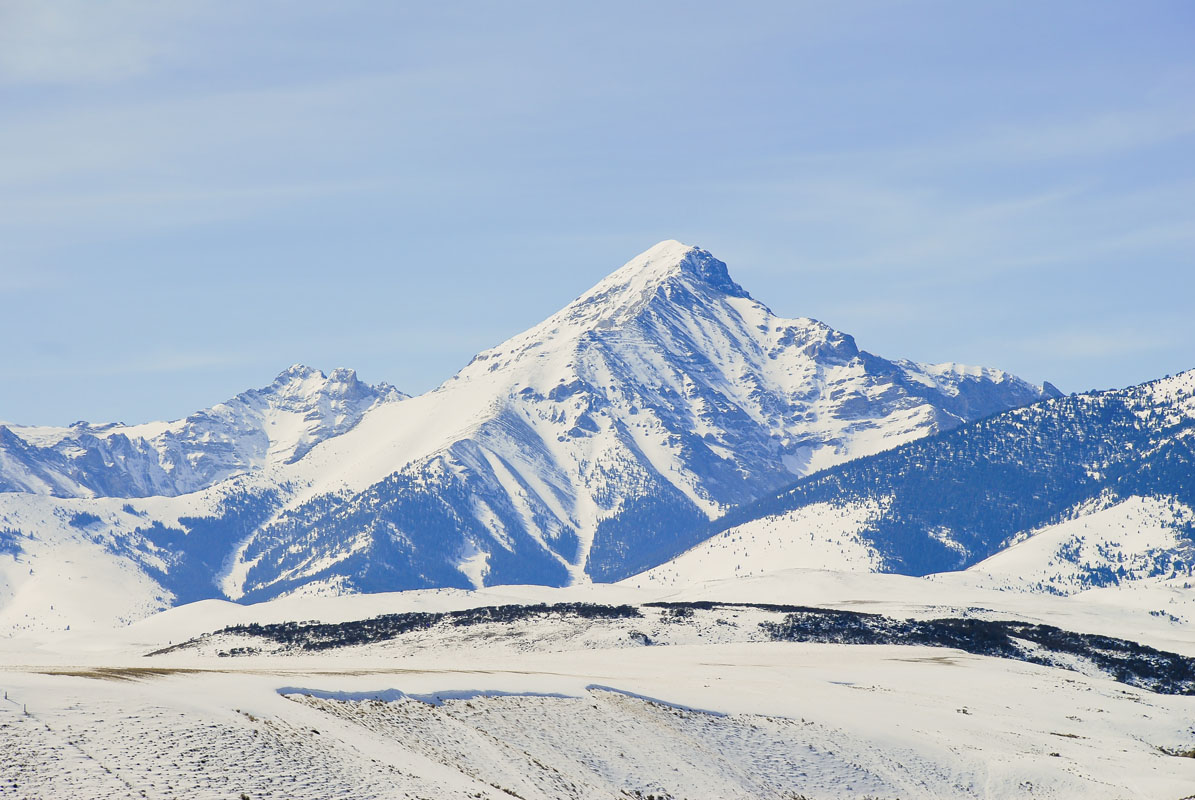 The mountains themselves were traditionally the land of the Lemhi Shoshone people, also known as the Akaitikka, Agiaidika, or “Eaters of Salmon,” who have inhabited the area around the Lemhi River Valley and upper Salmon River since time immemorial. The Lemhi people - whom Sacagawea called her own - allied themselves with the neighboring Flathead and Blackfeet peoples, all of whom encountered the Lewis and Clark party for the first time along the Missouri River in 1805.

From this point onward, the fate of the Lemhi people was inextricably interwoven with that of the white settlers to the area. In fact, the group’s English name, as well as the name of the mountains, comes from Fort Lemhi - a Mormon mission to modern-day Tendoy, Idaho, which was traditionally part of the Lemhi people’s territory.

Geologically, the Lemhi Range is quite complex. The Lemhi Range is a Basin and Range formation, typical of their geography and location within the Western United States. The vast majority of the mountain range features Mesoproterozoic rocks from the Belt Supergroup, which were deposited some 1.47 to 1.37 billion years ago. To the south of the range, you will likely find exposed Paleozoic sedimentary rocks, many of which are limestone formations.

In the early 1900s, fortune-hunters mined the range heavily for copper, lead, silver, and some gold. Evidence of this activity is still fairly easy to find in the mid-section of the range, particularly near Gilmore Summit.

These days, the Lemhi Range features the same wildness that it would have during that fateful encounter between the Lemhi people and the Lewis and Clark party all of those years ago. Come to the Lemhi Mountains and you won’t find crowds of people - in fact, you may find none at all. If you choose to set out on a backpacking trip in the Lemhis, you will find more trees, rocks, and jagged peaks than other humans, but as you gaze out toward the Lost River Range to the west or the Beaverheads to the east, you’ll remember that you came for the mountains and stayed for the joy of wild solitude that you found in their midst.

There are many trails and paths in the Lemhi Range, but don’t expect to find them clearly marked on the map. Many of the trails listed on the best maps of the area no longer exist, or they’re quite a ways away from where they originally started. Thus, adventurers into the Range should be prepared to navigate using a map and compass and be skilled at off-trail navigation.

As a Basin and Range formation, the Lemhi Range is characterized by a series of parallel ridges and valleys. Many of these valleys have 4x4 dirt roads leading well within them, often toward private cabins. Open range ranching is a way of life here, so you’ll see plenty of cows wandering the trails at the lower elevations.

There are a number of maintained campgrounds within the range that are popular with dirt bikers and families, but if you want to experience the full beauty of the Lemhi Range, you’ll want to leave the valley and take to the hills. Much of the Range is best explored by looking at a map, picking a spot, and navigating your way there. You won’t find many trail blazes or well-maintained trails around these parts.

That being said, there are some main hiking places you can head to for your adventure. Here are a few:

Nestled into the heart of the Lemhi Range, Yellow Peak is (10,801ft/3,292m) is one of the most stunning mountains in the area. The mountain gets its name from the yellow rocks that form its pyramid shape and beckon you to climb it, despite the fact that few people ever reach Yellow Peak’s summit.

The approach to Yellow Peak is somewhat long but is best done by starting at the Big Creek Campground. From here, you can head north through the Little Lost River Vally and navigate your way on the mildly confusing trail network until you get to the mountain. Another option is to start at the Middle Fork of Little Timber Creek Trailhead, which makes for a good day-long outing to the western ridges of Yellow Peak.

Regardless of how you do it, once you begin your ascent, you’ll find yourself scrambling over large talus and scree fields, as you make your way to the summit. As you approach the summit, you’ll see three different summit cairns, one at the north edge of the summit ridge, one at the southern edge and one in the middle. The middle cairn is technically the summit, but the northernmost one offers the best view of the Rocky Creek drainage!

The fourth highest peak in Idaho and the highest peak in the Lemhi Range, Diamond Peak (12,194ft/3,717m), sees a modest amount of summit attempts each year due to its status as one of Idaho’s 12,000ft peaks. The mountain’s distinctive pyramid shape is easy to spot from the Lost River Range and the Beaverheads and the summit offers spectacular views of the surrounding area due to its height.

There are two main approaches for the mountain - either from Sage Junction in the East or the Badger Creek Canyon to the west. For both of these approaches, having a high-clearance 4-wheel drive vehicle is ideal, but it is sometimes possible to make this drive in a front-wheel drive vehicle, depending on the conditions.

All ascents of Diamond Peak require some amount of scrambling, most of which is solidly third class. That being said, there are some sections of the climb that require fourth class scrambling, so be prepared for some exposure if you set out for Diamond Peak!

The Lemhi Range is remote, to say the least. From any direction, you’ll drive at least a few hours from any main cities to get to the heart of the range, partially thanks to the dirt roads that characterize the region. That being said, there are some sizeable cities and towns nearby that can serve as a good launching point for your adventure.

Perhaps the closest city to the Lemhi Range is Idaho Falls. Home to some 61,000 people, Idaho Falls is just two and a half hours from the heart fo the Lemhis, so it’s a great place to stock up on some supplies before you head out.

Just over the Idaho/Wyoming border is the ski town of Jackson, WY. An outdoor enthusiasts’ paradise, Jackson is home to a world-famous ski resort (Jackson Hole) and plenty of outdoor shops to get your prepared for your adventure. Plus, the town has a regional airport, where you can find moderately-priced flights from most of the US’ major cities. 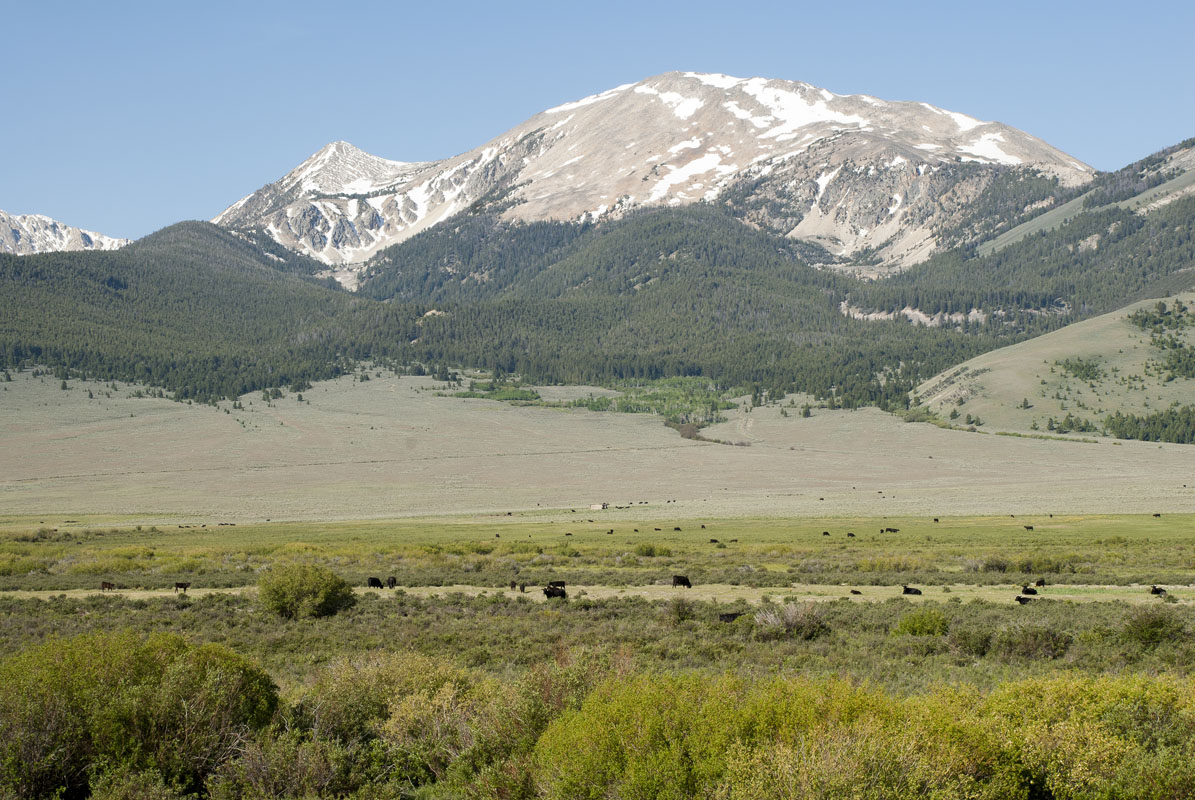 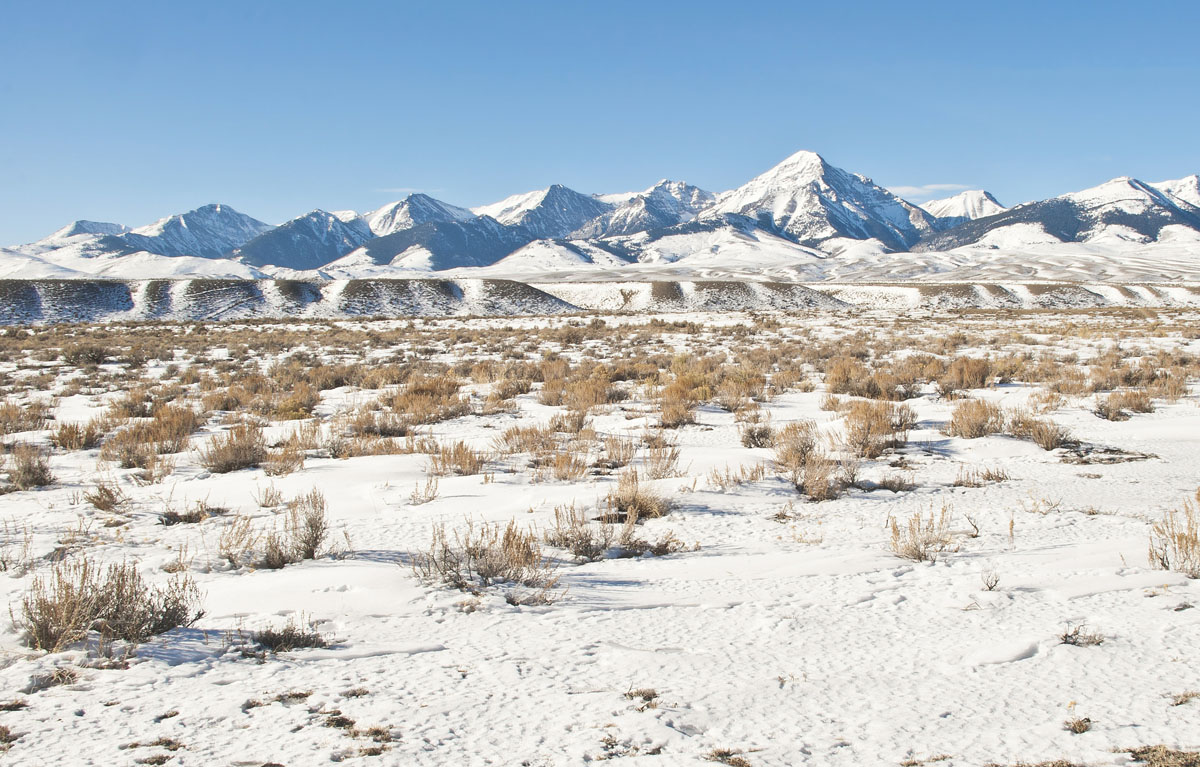 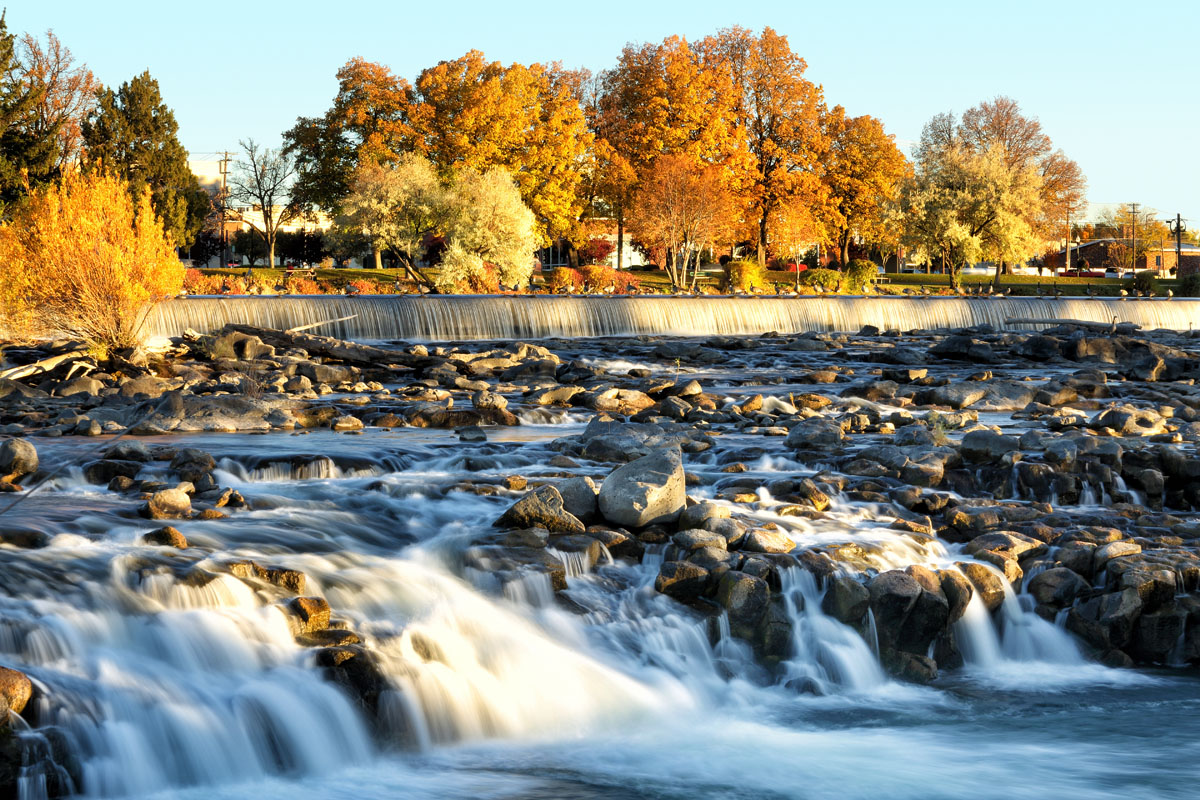