Known for their sheer relief and craggy peaks, the Lost River Range is a collection of mountains in the central part of the US state of Idaho. The range contains 26 named mountains, the highest and most prominent of which is Borah Peak (12,648ft/3,855m). 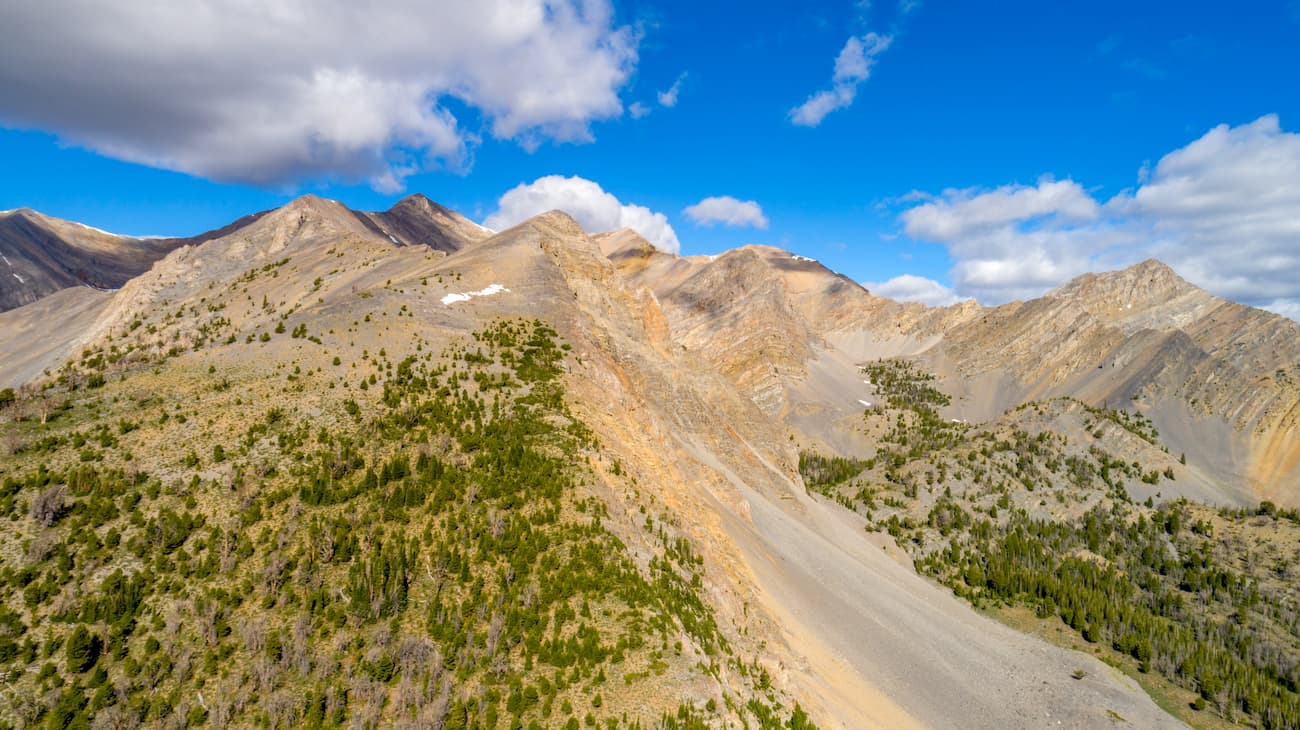 The Lost River Range is located within Custer and Butte Counties within central Idaho. The range is somewhat unique for the Idaho-Bitterroot Rocky Mountains because it forms a long ridge of about 75 miles (121km) long and 67 miles (108km) wide that runs parallel to the Lemhi Range and the Beaverhead Mountains to the northeast.

Meanwhile, the range is surrounded by other mountain chains to the west and the south. The Bitterroot Range is located just west of the Lost River Range, while the White Cloud Mountains, Boulder Mountains, Pioneer Mountains, and White Knob Mountains are to the south and south east.

However, the Lost River Range is separated from the Greater Yellowstone Rocky Mountains, including the Teton Range and the Wind River Range by the Salmon River Plain.

The Lost River Range is located within the Salmon-Challis National Forest. It actually contains the highest peak in the state of Idaho, Borah Peak, which happens to be one of the most prominent peaks in the contiguous United States.

Moreover, the Lost River Range is southeast of the rest of the Salmon-Challis National Forest, including the Frank Church-River of No Return Wilderness.

That being said, when compared to its neighbors, particularly those to the south and the west, the Lost River Range is infrequently visited by humans. Indeed, the majority of visitors that seek out adventures in the range do so because it is home to the state highpoint, though some also head out to climb Leatherman Peak as an extra challenge.

When compared to the Bitterroot Range and the other ranges to the south and southeast, the Lost River Range’s long, belt-like formation is much more similar to that of the Lemhi Range than anything else in the general vicinity. Indeed, the range is more reminiscent of features seen in the Great Basin Ranges than in the Idaho-Bitterroot Rocky Mountains.

This assessment is fitting as the east-central part of the state of Idaho is within the Basin and Range Province, though the peaks are generally regarded as part of the Idaho-Bitterroot Rocky Mountains. Within the range, the bedrock is mostly sedimentary, though there are some pockets of igneous rock. The metasedimentary rocks of the Belt Supergroup are also found within the Lost River Range, the Lemhi Range, and the Beaverhead Mountains.

The Lost River Range formed over the course of multiple thrusting and faulting events. In fact, there is a fault line running near the base of the range - the Lost River Fault, which was the cause of the 1983 Borah Peak earthquake, which registered at a 6.9 on moment magnitude scale.

Like much of the surrounding region, the Lost River Range is fairly dry. The range is considered to be part of the Middle Rockies Ecoregion, which is distinct from the Snake River Plain Ecoregion to the east and southeast and from the Idaho Batholith Ecoregion to the west and southwest.

While the highest parts of the range are talus and scree, the lower parts are similar ecologically to what is found in the Lemhi Range and the Beaverhead Mountains, among other parts of the Rocky Mountains.

Douglas fir, Engelman spruce, and subalpine fir dominate the lower woodland sections of the range while the foothills are mostly covered in shrub and grasses. At lower elevations, free range grazing is common, so encounters with livestock are possible.

Wildlife within the Lost River Range is typical of the Rockies, with mule deer, pronghorn, and black bears found throughout the middle and lower elevations.

The land in and around the Lost River Range has been inhabited by humans for thousands of years. The Shoshone-Bannock, Eastern Shoshone, and Lemhi Shoshone, among others, all lived in the region long before the arrival of Europeans and European-Americans.

Like much of Idaho, the Lost River Range is remote, though, unlike the Boise Area, the foothills of the range remain fairly undeveloped.

Among the earliest non-Indigenous permanent settlements in the area was that of Fort Lemhi in the mid 1850s. The fort was established by Mormon missionaries near what is now the community of Tendoy in an attempt to convert the groups who had lived in the region for millenia.

The missionaries eventually abandoned the fort just a few years later, and it was claimed by miners in the area. Within a few decades, a number of small towns and cities, such as Challis to the northwest and Arco to the southeast were established.

Much of the economy was, and remains, focused onc battle and sheep ranchers. However, in the mid 1860s, the establishment of a ferry system on the Snake River near the city of Idaho Falls just to the southeast of the range helped spur more westward migration into the region.

These days, the Idaho National Laboratory (INL) remains one of the chief employers of the region, as they operate a large complex in the desert between the cities of Arco and Idaho FAlls, just to the south of the Lost River Range.

The Lost River Range is remote, so there is little by way of established, marked trails in the region. While there are certainly plenty of unmaintained and informal paths, anyone visiting the range should be prepared for self-sufficiency.

Moreover, the access roads into the Lost River Range are known for their ruggedness, to say the least. A high clearance, 4-wheel drive vehicle is considered a requirement for people looking to access the range.

With that in mind, mid-elevation backpacking trips within the range are certainly possible for those willing to travel off-trail.

Peak climbing in the range is challenging due to the crumbling nature of the rock. By far, the two most popular climbs in the Lost River Range are Borah Peak, which can be accessed by a long hike up the South Ridge, and Leatherman Peak, though the latter is still very infrequently summited.

Winter climbing on the higher summits of the range is particularly hazardous due to the high likelihood of avalanches. Anyone venturing into the Lost River Range during times of significant snow cover should be prepared to manage the inevitable risk of avalanches.

Due to the remoteness of the Lost River Ranges, sprawling metropolises are few and far between. Here are some of the best places to stay if you’re looking to visit the range:

The city of Salmon, Idaho is located to the northeast of the Lost River Range, between the northern tip of the Beaverhead Mountains and the Lemhi Range. It is the county seat of Lemhi County and is home to about 3,000 people. Salmon is accessible by road only, though it is just a 2.5 hour drive south from the city of Missoula, Montana.

Challis is home to just over 1,000 people, making it the largest city in Custer County. It is located at the northern end of the Lost River Range and is known for having been hit by both the magnitude 6.9 1983 Borah Peak earthquake and the magnitude 6.5 2020 Central Idaho earthquake. 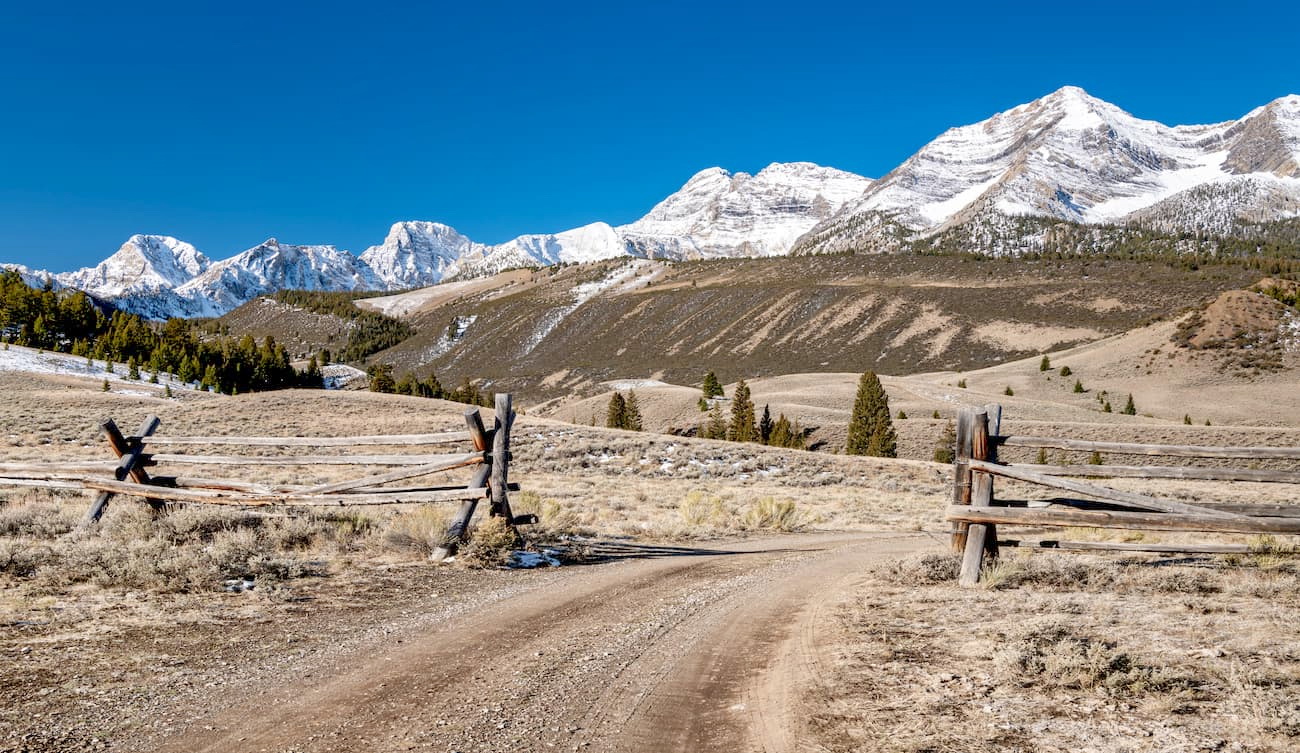 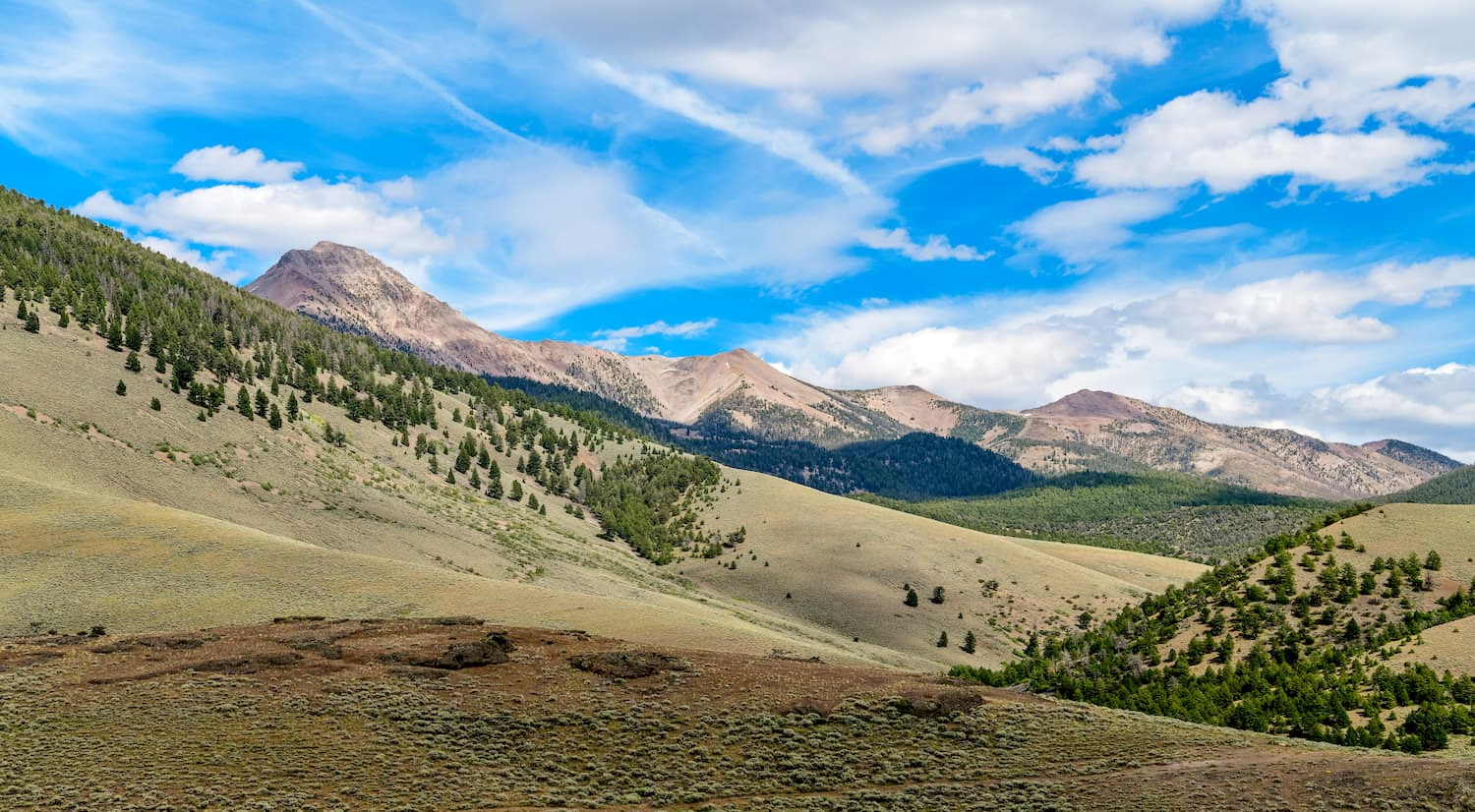 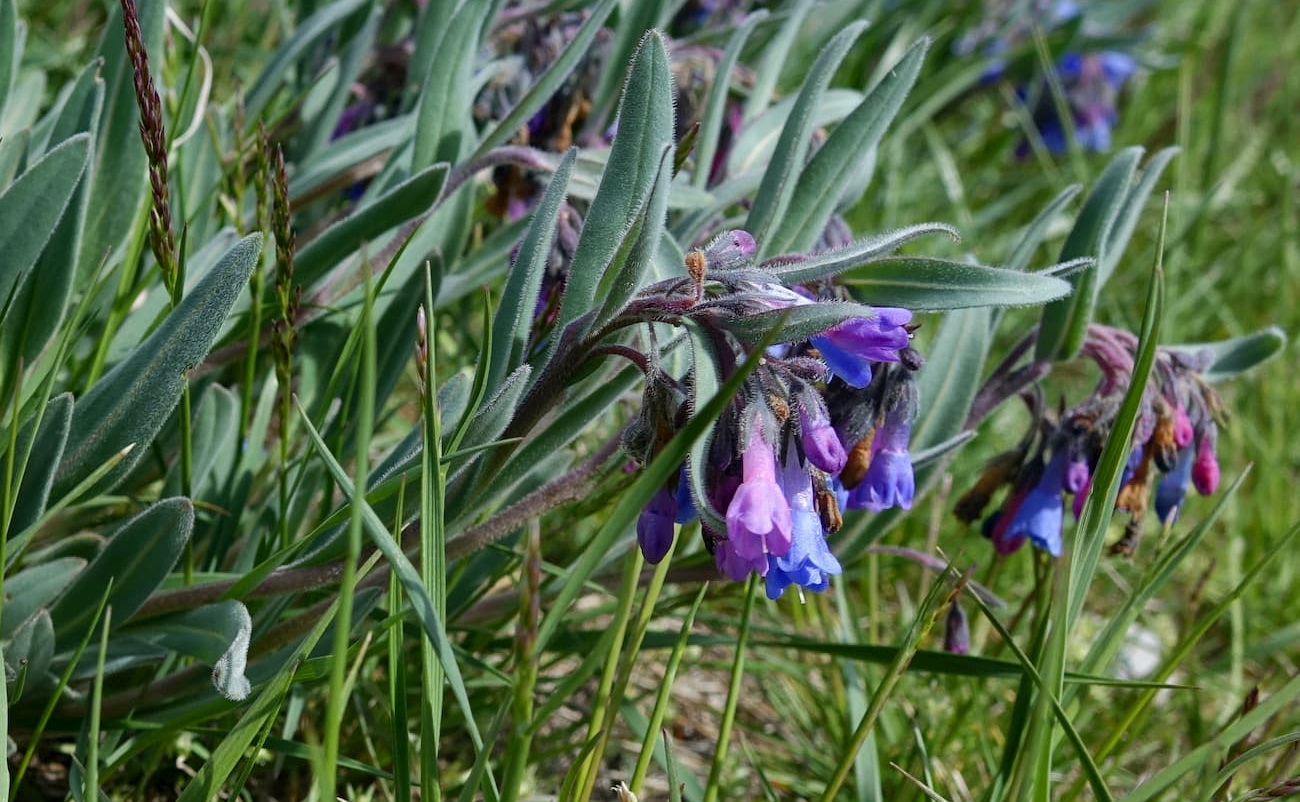 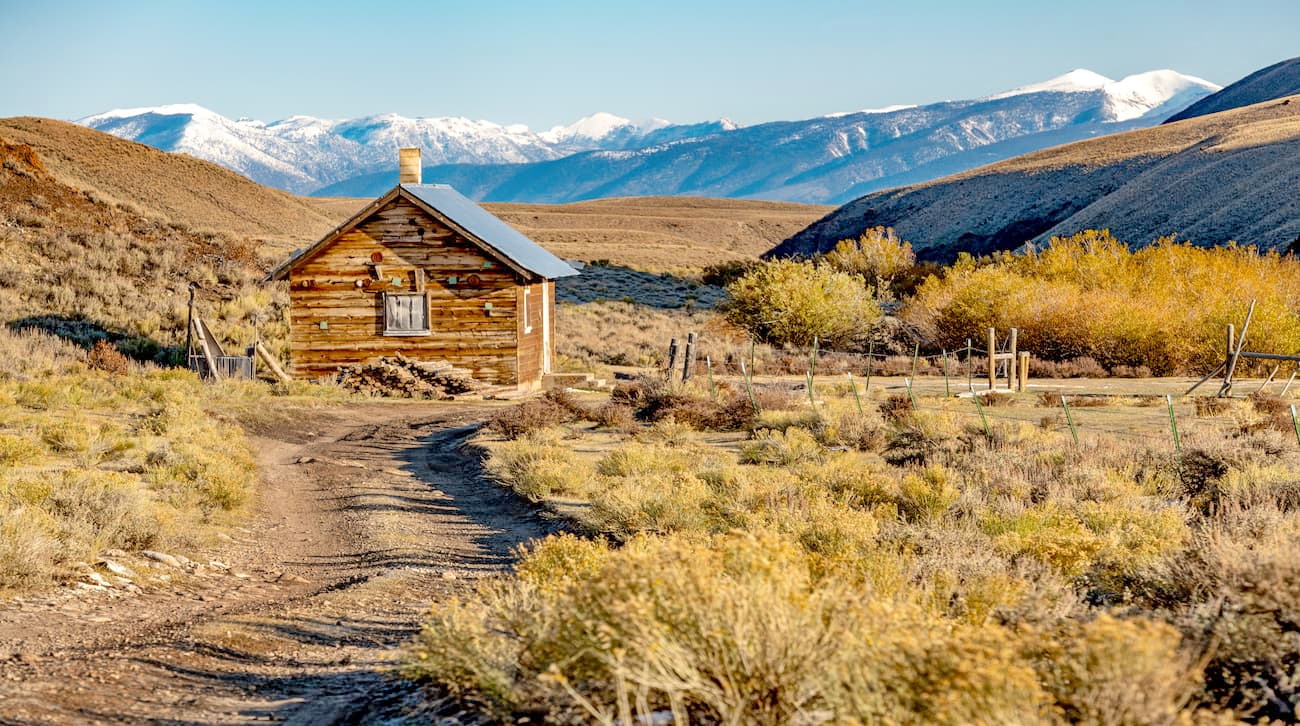 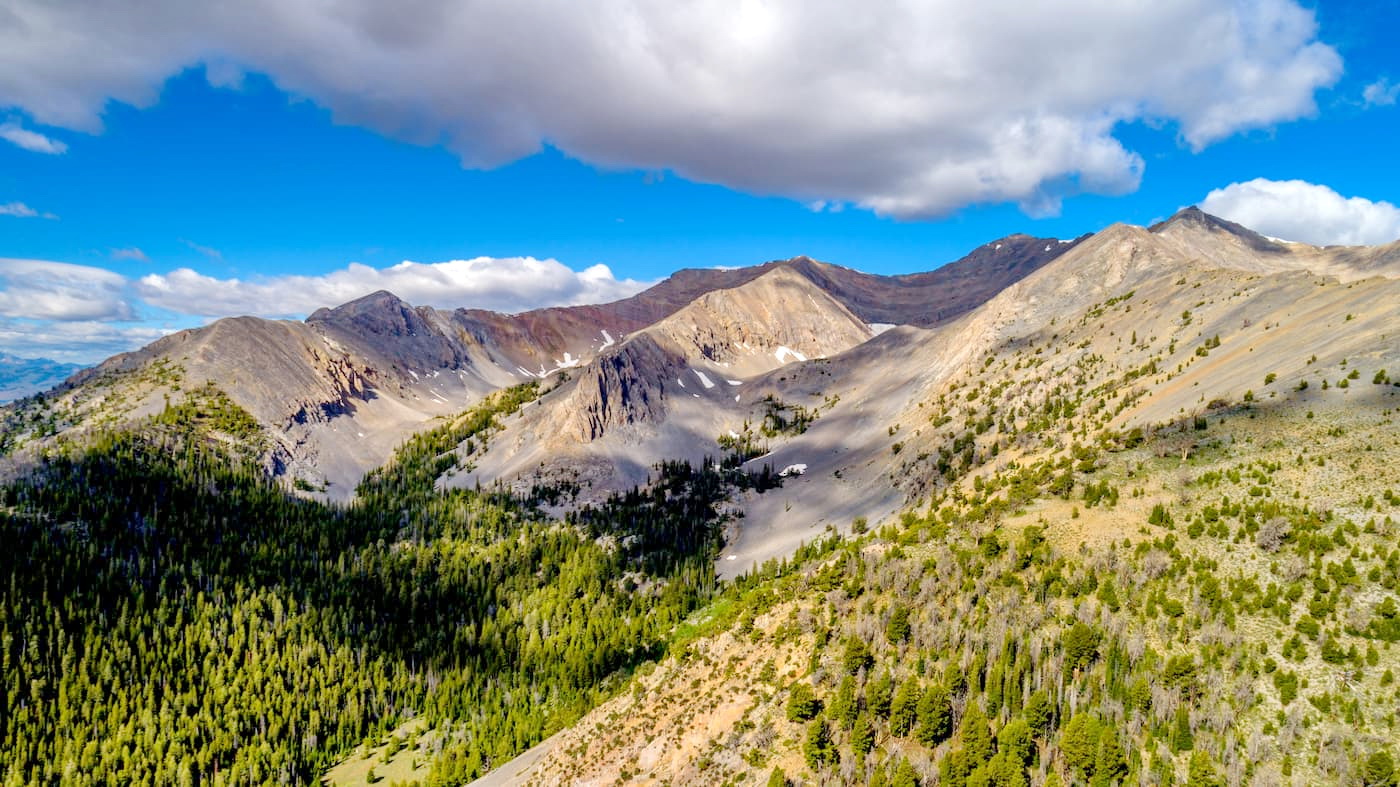 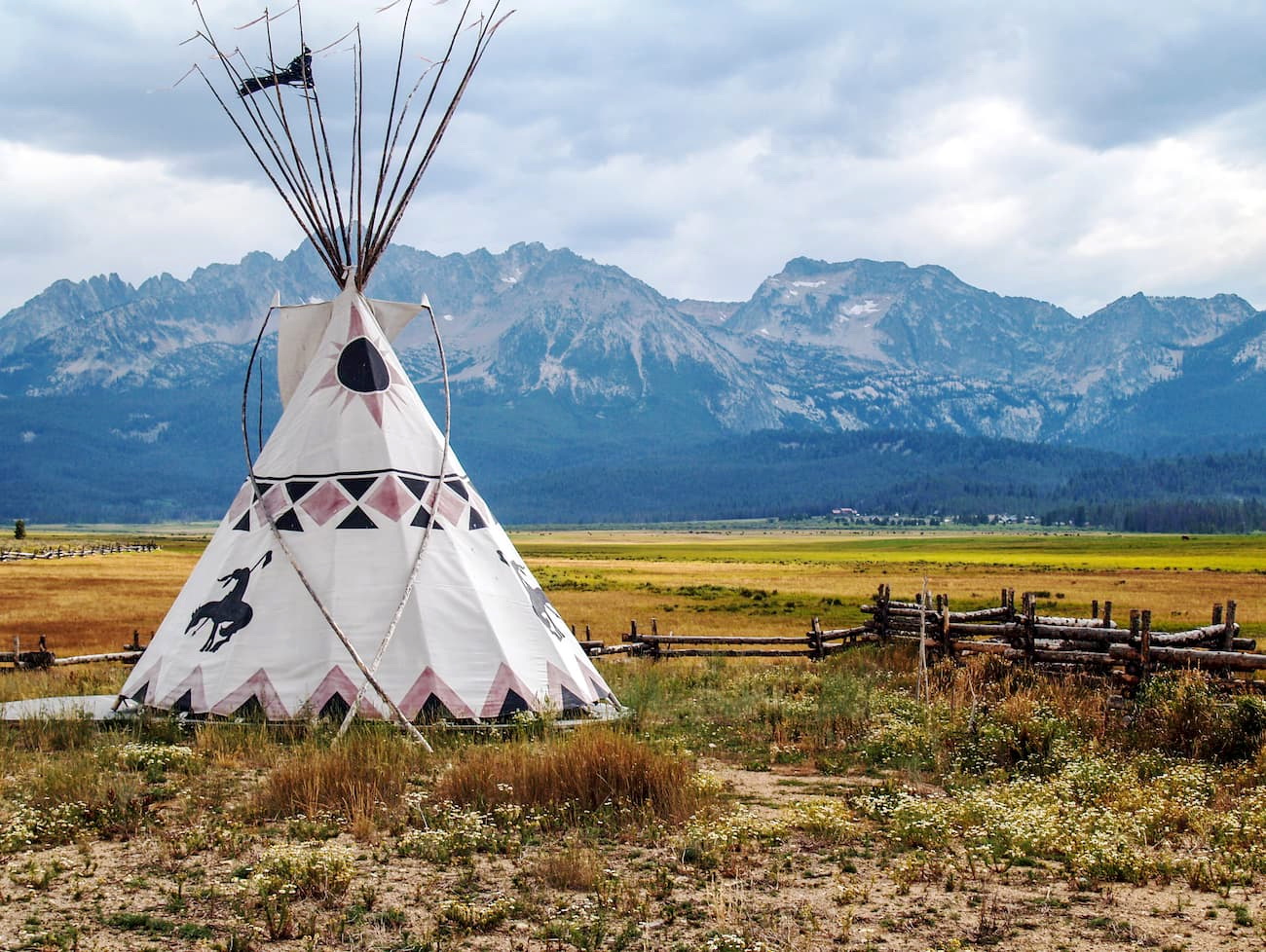 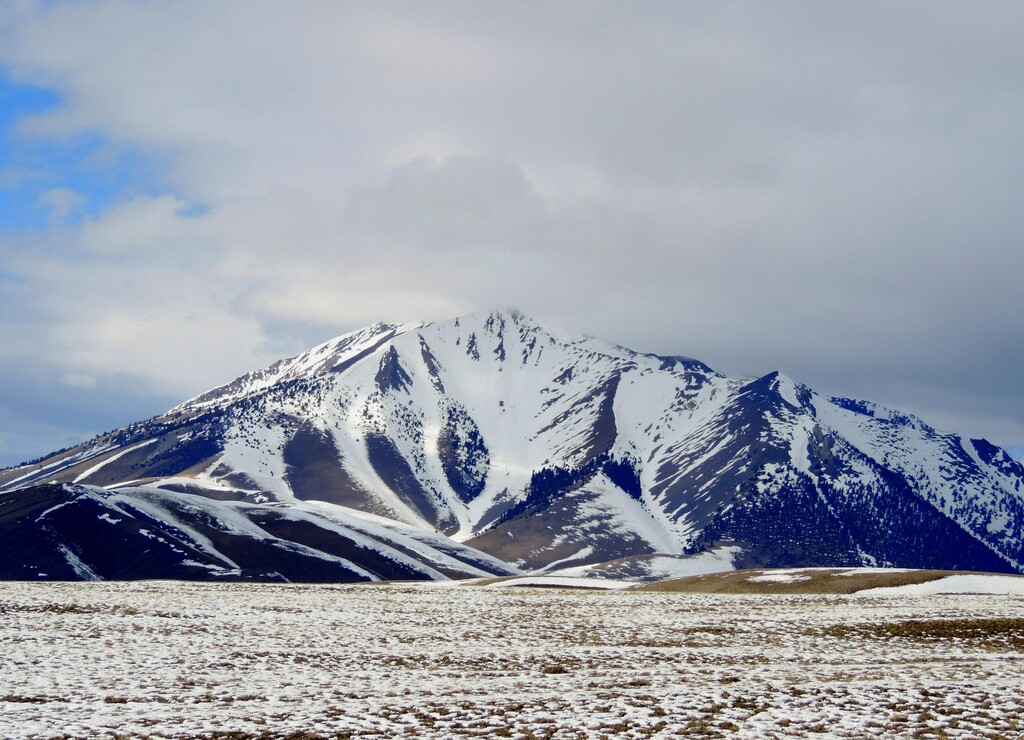