The White Cloud Mountains are a collection of peaks located in the central part of the US state of Idaho. The Salmon River winds along the western and northern perimeter of the range. There are 17 named peaks in the range, the highest and most prominent of which is Castle Peak (10,052 ft/3,064 m). 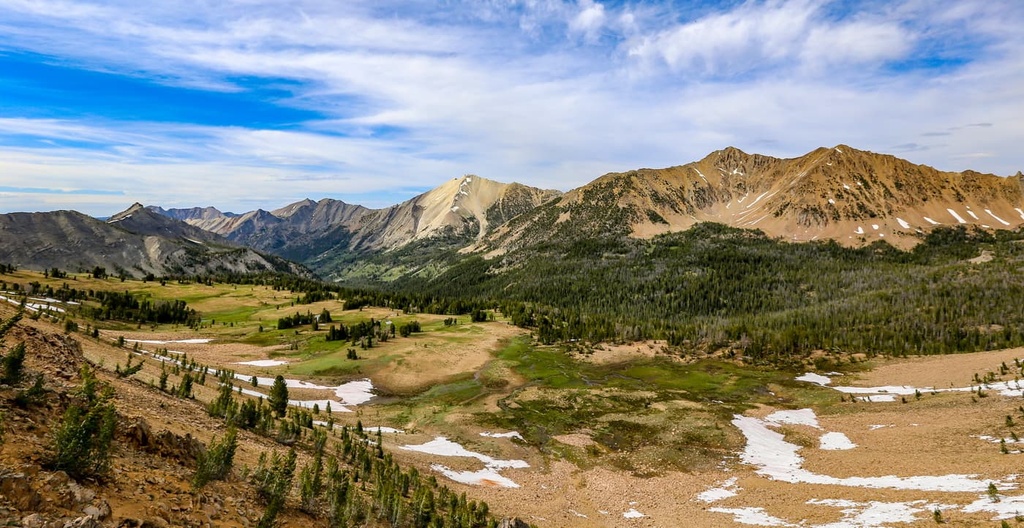 These rugged peaks are a subrange of the greater Rocky Mountains, which extend in a north to south fashion from northern New Mexico to northern British Columbia. The Salmon River and Salmon River Scenic Byway run along the northern and western perimeters of the range.

The range is known for its dramatic changes in elevation. Craggy peaks and rugged ridgelines define the highest elevations in the White Cloud Mountains. As you move toward lower elevations in the range, the region’s alpine lakes and meadows slowly transition into more forested landscapes.

The foothills of the range are marked by rolling hills and steep canyons, which are often densely forested. The White Cloud Mountains, along with the nearby Salmon River Mountains, are known for being home to some of the most rugged landscapes in the continental 48 states.

The White Cloud Mountains are a subrange of the Idaho-Bitterroot Rocky Mountains. These rugged peaks began forming around 80 to 55 million years ago during the Laramide orogeny.

During this orogeny, as the Farallon plate was subducted beneath the west coast of North America, the Idaho Batholith was slowly thrust upward. Immense pressure, coupled with thrust faulting, formed the dramatic changes in elevation that we see in the range to this day.

Throughout the Pleistocene, much of the surrounding region was heavily glaciated. As temperatures steadily rose in the region, the melting glaciers further carved out the landscape, leaving behind glacial cirques and craggy peaks.

The Salmon River, which is found on the northern and western boundaries of the range, was also responsible for carving out some of the region’s deep valleys. These deep canyons add to the beauty of the landscape, and they have helped classify the region as one of the most rugged places in the continental 48 states.

Deposits of gold and various other minerals are common within the Salmon River region. That being said, the peaks in the White Cloud Mountains (and throughout much of central Idaho) consist primarily of granite.

The Idaho Batholith ecoregion is located in central Idaho, and it encompasses the bulk of the White Cloud Mountains. This region is known for being particularly biodiverse, which is due primarily to its wide variety of elevations and its relatively high levels of precipitation.

Other fish that inhabit the region’s waterways include squawfish, sucker, smallmouth bass, mountain whitefish, and cutthroat trout. Large birds, such as eagles and wild turkeys, can be found throughout the region.

Traces of human settlements in the region date back nearly 12,000 years. The region is part of the ancestral homelands of many Indigenous people, including the Shoshone-Bannock Tribes and Northern Paiute Tribe.

French and British fur trappers began visiting the region in the early 1800s. Around this same time, the Lewis and Clark Expedition traveled throughout the area. The settlers that followed them eventually brought about the genocide and displacement of the Indigenous peoples who had been living in the region for countless generations.

The increasingly large populations of settlers in the region resulted in the advent of widespread logging, mining, trapping, and ranching in what is now central Idaho. That being said, mining activity in the region peaked in the 1880s.

In 1879, some of the Indigenous communities in the region (particularly the Tukudeka) fought against the US government in what would later be known as the Sheepeater Indian War. This series of battles was one of the last wars fought against a tribal nation by the US government. Despite the efforts of the Tukudeka, however, most of the remaining tribal members who lived in the region were forced onto reservations.

The nearby Sawtooth National Forest was established following the signing of the Forest Reserve Act of 1891. Many of the other national forests, recreation areas, and wildernesses in the region were established in the following decades. In particular, over 1 million acres (404,600 ha) of land in central Idaho was set aside in 1931 to create what would eventually be known as the Idaho Primitive Area.

The White Cloud Mountains are home to numerous hiking trails. Here are some of the most popular hiking areas in the range to check out during your next trip to the region.

The White Cloud Peaks Loop is located in the southern portion of the White Cloud Mountains. This loop trail is generally considered to be one of the most beautiful hikes in the region as it features barren ridgelines, forested patches, alpine lakes, alpine meadows, and panoramic viewpoints.

The entire loop trail is 28.2 miles (45.4 km) in length and has 6,955 feet (2,120 m) of elevation gain. Although this trail is primarily used for backpacking, hikers should note that some sections of the path require scrambling, so it is only suitable for experienced outdoor adventurers.

The Fourth of July Creek to Born Lakes Trail follows a portion of the White Cloud Peaks Loop before making its way to the Born Lakes.

Hikers on this path climb steadily through a forested landscape as they make their way toward the top of a steep ridgeline. Once at the top, hikers can enjoy views of the Sawtooth Range to the west. The trail then descends down to an alpine meadow and heads toward a series of small and scenic lakes.

The Hoodoo Lake and Slate Creek Hot Spring Trail follows a small creek within the forested hillsides of the White Cloud Mountains.

After a few miles of climbing, the trail opens up as it leads you to the small and quaint Hoodoo Lake. Visitors on this hike can also enjoy a dip in the hot springs, which feature a small human-constructed pool for hikers to enjoy.

Looking for a place to stay near the White Cloud Mountains? Here are some of the best cities and villages to check out in the region.

Ketchum is a small town that’s situated to the southwest of the White Cloud Mountains. Home to just over 3,500 residents, Ketchum is located in the Wood River Valley near the famous resort town of Sun Valley. This region is known for its world-famous skiing, fishing, hiking, and mountain biking opportunities.

The Sun Valley Ski Resort has 13 chairlifts and it provides visitors with the opportunity to enjoy some of the best skiing in the state of Idaho. Besides its many outdoor recreation opportunities, other notable points of interest in Ketchum include the Ketchum Sun Valley Historical Society Heritage & Ski Museum and the Sawtooth Botanical Garden.

Twin Falls is a city that lies just a 90-minute drive to the south of Ketchum. As it is home to around 50,000 residents, Twin Falls is the most populous city in Twin Falls County. Mountains lie on either side of the city while the Snake River cuts through the center of it.

The city of Twin Falls is best known for being the site of Evel Knievel's 1974 attempt to jump across the Snake River Canyon by being launched from a rocket. Nowadays, some of the most popular places to visit in the region include the Magic Mountain Ski Resort. The Shoshone Falls along the Snake River are also located just outside the city and are well worth checking out. 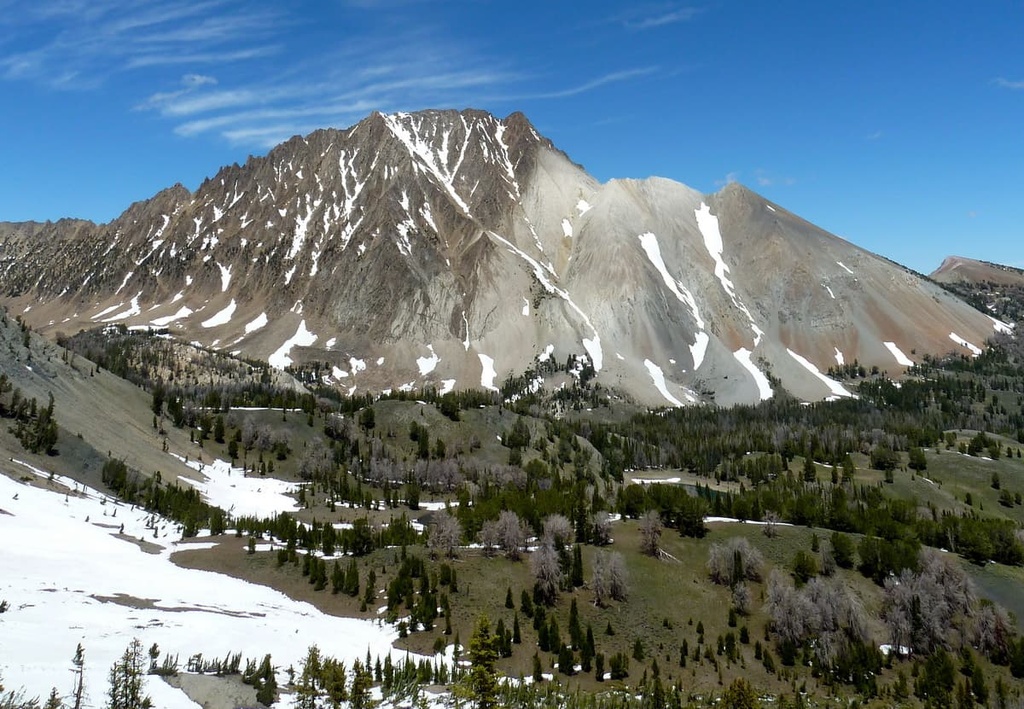 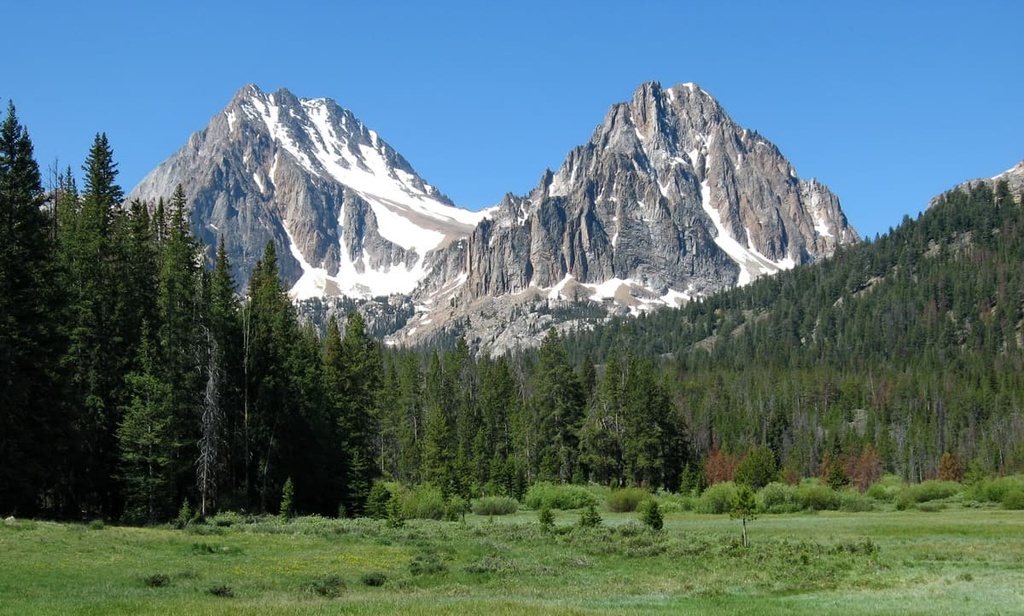 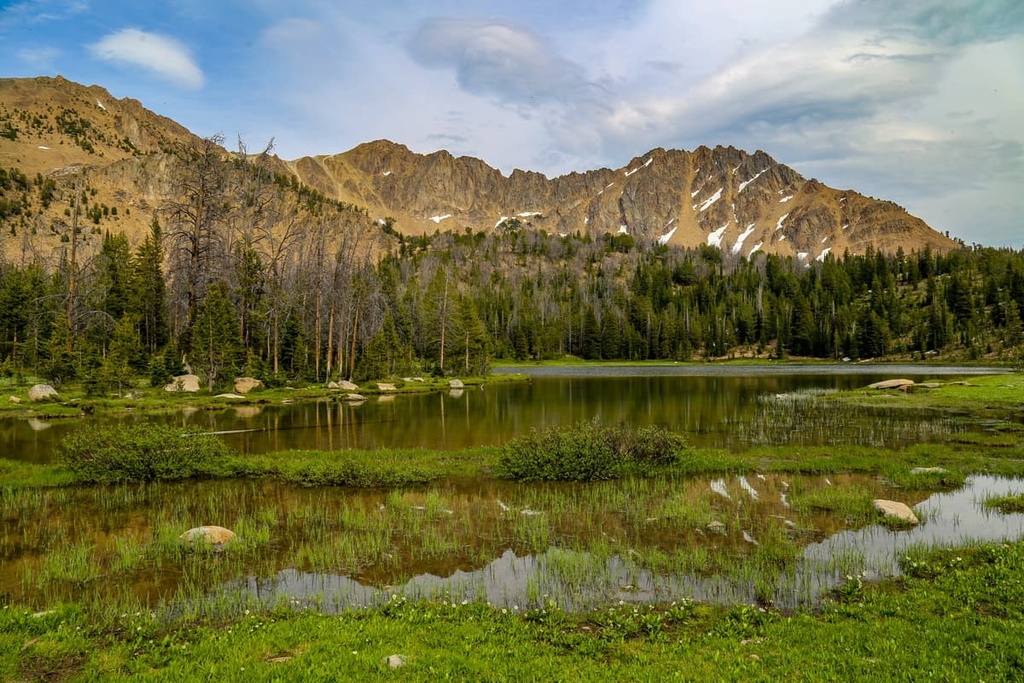 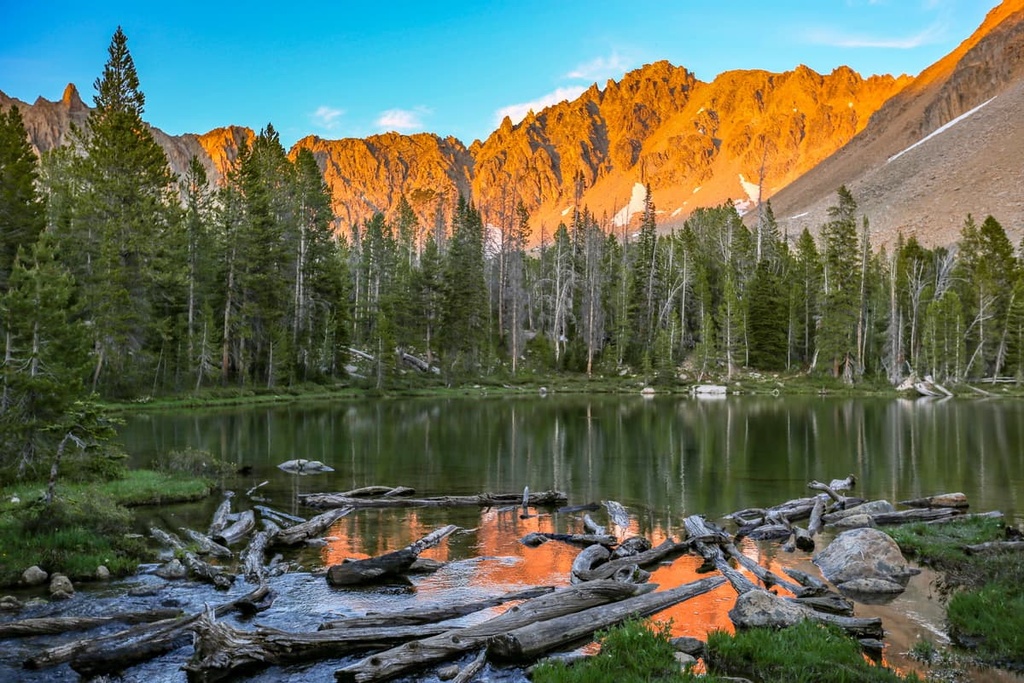 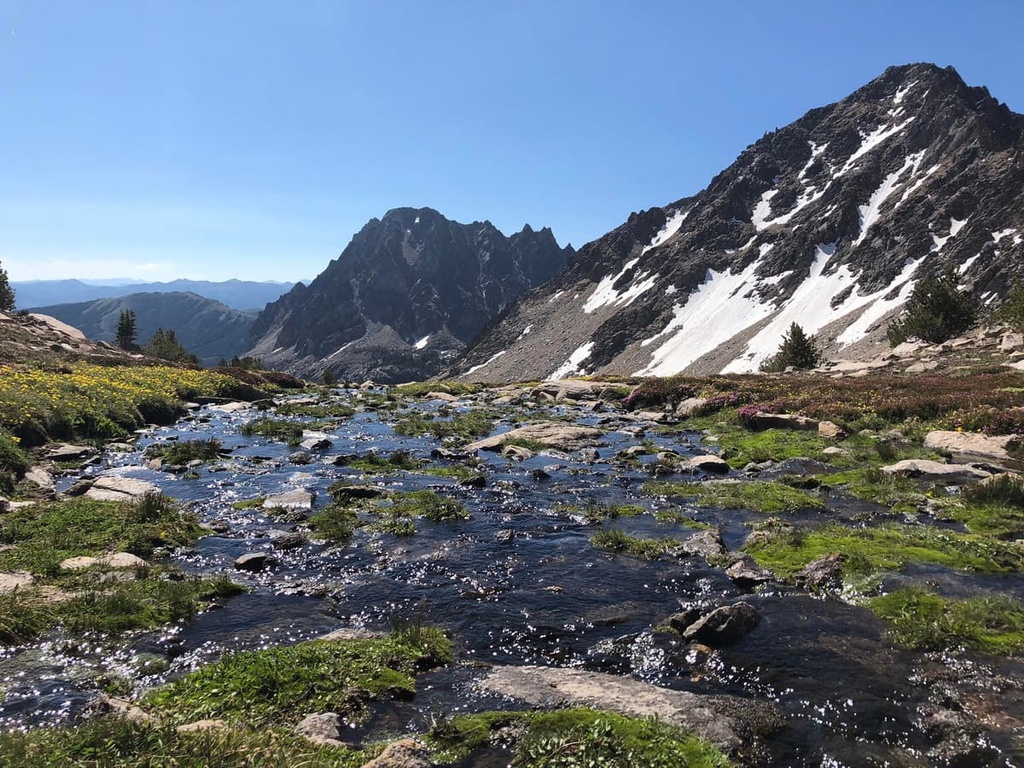 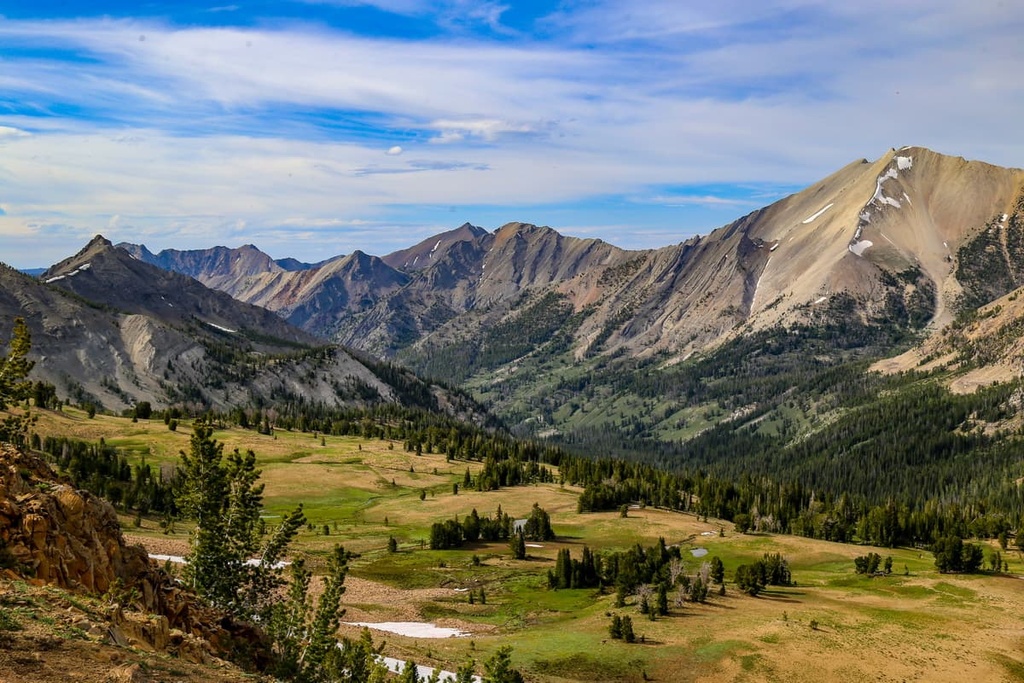 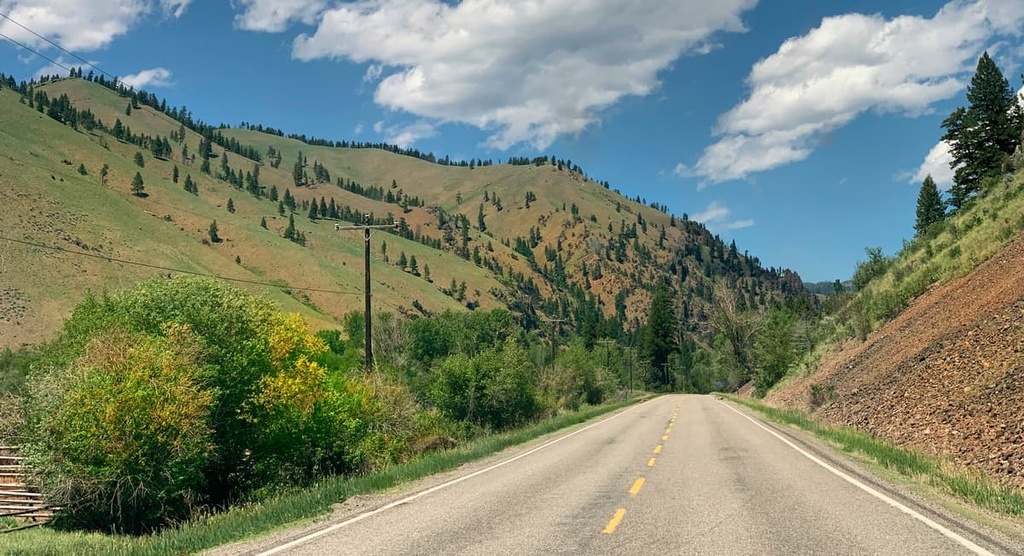