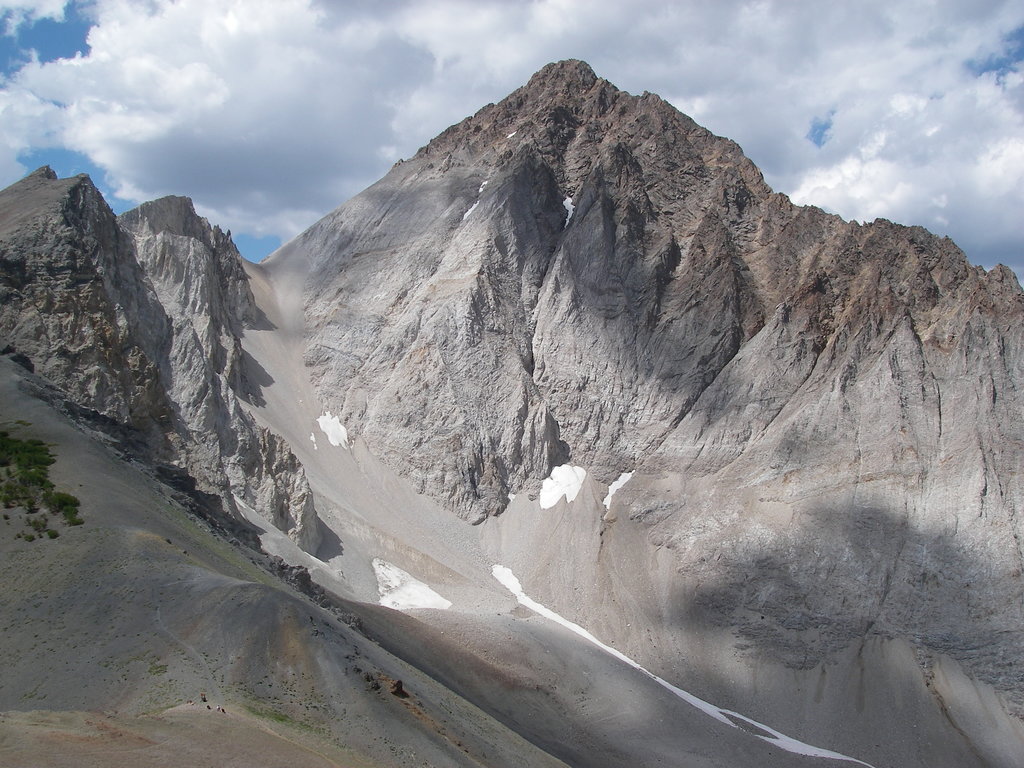 Add photo
3 604 m
Elevation
Elevation is the altitude of a place
above sea level.

1 229 m
Prominence
Peak’s prominence is the least
vertical to be covered to get from the
summit to any other higher terrain.

Castle Peak is within the White Clouds Wilderness, which is part of Sawtooth National Recreation Area in Custer County. The towns of Stanley and Challis are both about 21 miles (34 km) away, and Ketchum-Sun Valley area is about 27 miles (43 km) from the peak.

Castle Peak is managed by the U.S. Forest Service and the area surrounding the peak can be easily accessed. Camping is permitted anywhere is Sawtooth National Forest and the lakes surrounding Castle Peak provide excellent places to stay. The peak rises to the northeast of Chamberlain Basin and south of Castle Lake and Merriam Peak. There are trails from parking area to the vicinity of Castle Peak, although no trails go up the peak itself. The easiest route up Castle Peak is as class 3 scramble from the Chamberlain Basin.