The Bitterroot Range, a subrange of the Rocky Mountains, spans 24,223 square miles along the border of Montana and Idaho in the northwestern United States. Montana’s largest mountain range, the Bitterroot Range begins at the Cabinet Gorge and travels for nearly 450 miles before reaching Red Rock Pass. 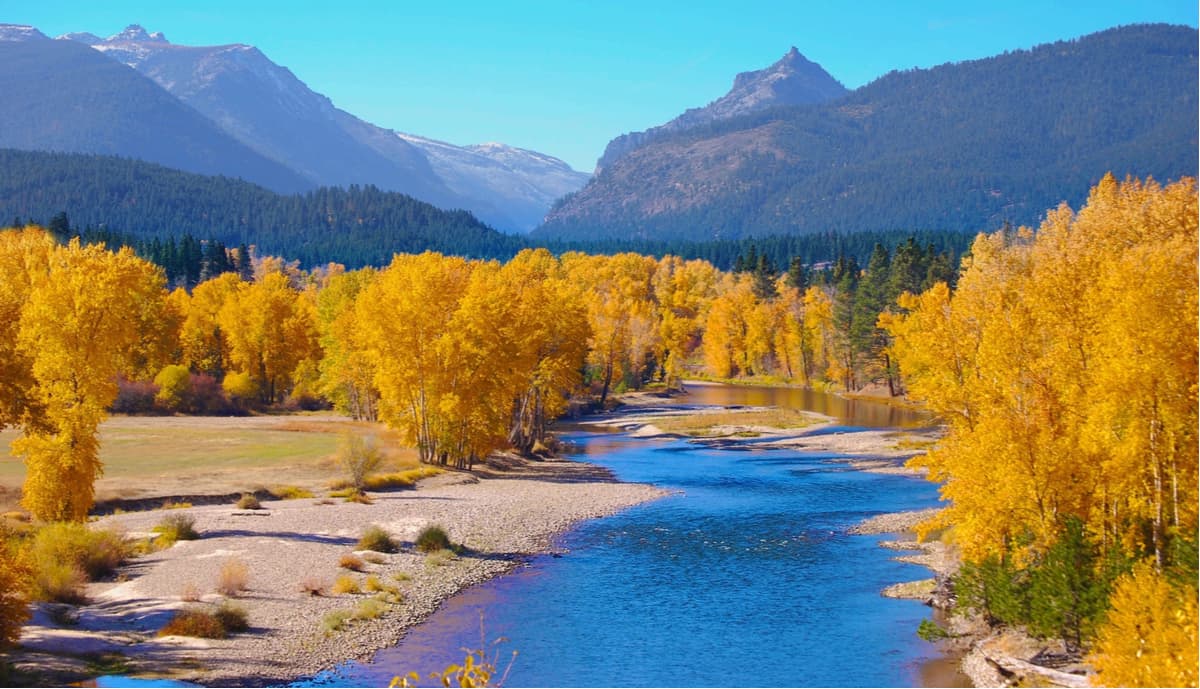 Today, the Bitterroots remain largely inaccessible and untouched. The range was once explored by Lewis and Clark. Lewis first crossed the Bitterroots at Lemhi Pass and, together, Lewis and Clark would travel to the Salmon River Valley and enter the Bitterroot Valley via Lost Trail Pass. Eventually, the duo would cross Lolo Pass to the west. Lewis referred to the Bitterroots as “the most formidable part…” of their expedition and “…tremendous mountains which for 60 miles are covered with eternal snow.”

The southernmost subrange of the Bitterroot Range, the Centennial Mountains, extend east from Monida Pass to Henrys Fork. The Centennial Mountains contain approximately 100,000 acres of roadless wilderness and primitive National Forest land. This region is considered some of southwest Montana’s wildest country and is an important corridor for wildlife within the Yellowstone Ecosystem.

From the west side Bitterroot Mountains

The Coeur D’Alene Mountains are a triangular group of summits that encompass 2,590 square miles of mostly roadless wilderness along the Montana border. The highest peaks, which can be found on the eastern side of the range, include 7,215-foot Cherry Peak, 6,775-foot Patricks Knob, and 6,624-foot Tiger Peak. This set of summits is bounded by the Bitterroot Mountain in the east, the Coeur d’Alene River in the south, and Coeur d’Alene Lake and Purcell Trench to the west.

The Saint Joe Mountains, the smallest subrange of the Bitterroot Range, spans 45 miles east-to-west between the Saint Joe and Coeur d’Alene Rivers. The tallest Saint Joe summits reach just over 6,000 feet in elevation and include Latour Peak,Kellogg Peak, Wardner Peak, and Reeds Baldy.

Spanning over 1.3 million acres, the Selway-Bitterroot Wilderness is the third largest wilderness area in the contiguous United States. Selway-Bitterroot runs along both sides of the Bitterroot range, stretching along the Montana-Idaho border. Idaho contains nearly 1.1 million acres and Montana contains just 254, 790 acres of the wilderness area. This region is one of the wildest, most rugged mountainous areas in the states, making it ideal for backcountry hikers, climbers, and mountaineers. Only the 600-foot-wide Nez Perce Trail, an unimproved dirt road, separates the Selway-Bitterroot from the Frank Church-River of No Return Wilderness. Few humans traverse the huge trailless spans of this region. However, nearly 1,800 miles of trails wind through the area and provide access to both the Montana and Idaho sides of the mountains. Popular trails include Bass Lake, St. Mary Peak, Blodgett Overlook Trail, Bear Creek Trail, Lake Como, and the Warm Springs Trail.

Nestled in southwestern Montana is the Bitterroot Valley, a remote valley surrounded by the Bitterroot Range and Sapphire Mountains, is known for its small towns and big adventure. The valley extends for nearly 95 miles from Lost Trail Pass in Idaho to the border of Missoula, Montana. There are several charming communities tucked within the valley, including Darby, Hamilton, Lolo, and Florence. Each community offers a variety of accommodations and amenities. The Bitterroot Valley is an ideal destination for anyone looking to escape the hustle and bustle of nearby Yellowstone National Park and outdoor enthusiasts hoping to explore the Selway-Bitterroot Wilderness.

Located in Kellogg, Idaho, Silver Mountain is a year-round resort that offers skiing, snowboarding, lift-served snow tubing, snowshoeing, hiking, and mountain biking. Silver Mountain also has a scenic gondola, live music, and a delicious mountain house grill. There are two popular trails that can be accessed directly from the resort, Kellogg Peak and the East Ridge Nature Trail. At the heart of Silver Mountain’s Gondola Village is the Morning Star Lodge, one of the area’s premier vacation rentals, and a variety of dining options.

Lost Trail is a family-owned facility that offers an 1,800-foot vertical drop, 5 lifts, and 60+ marked trails that cover 1,800 acres. Lost Trail receives an average of 325 inches of snow each year and features two terrain parks with epic powder lines, log grinds, and rock drops. Nearby accommodations include the Ridge Line Yurt, Lost Trail Hot Springs, The Bitterroot River Ranch, and the Darby Bed and Breakfast. However, there are plenty of other Inns, lodges, and resorts to choose from. 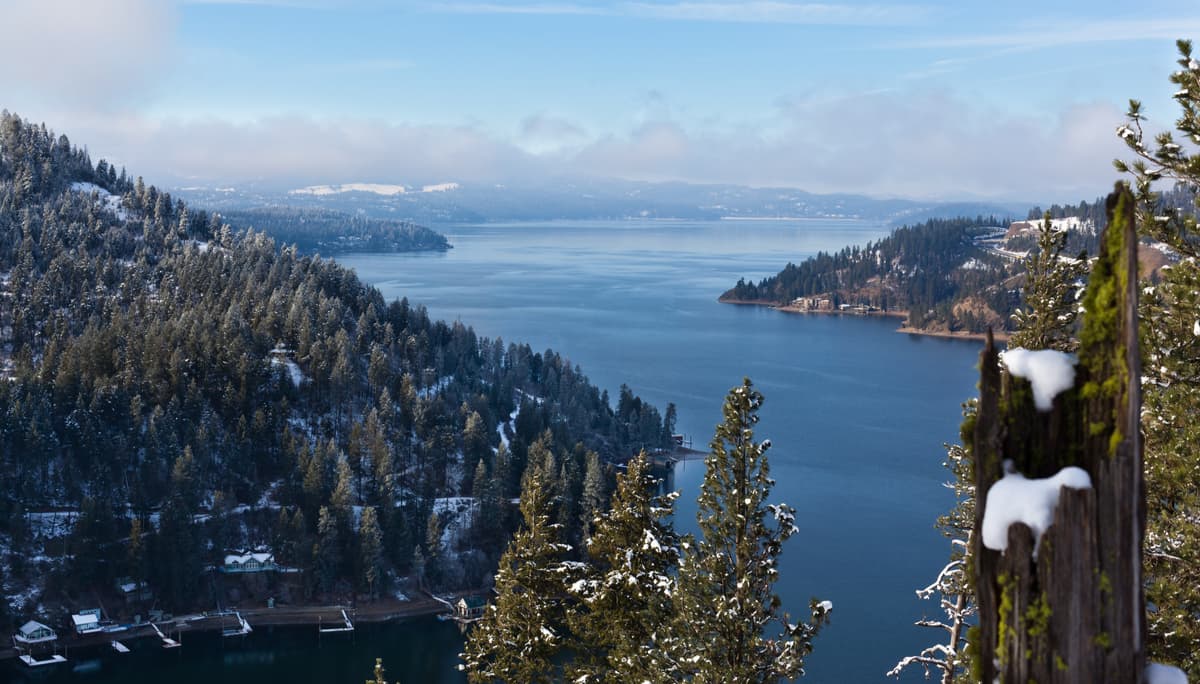 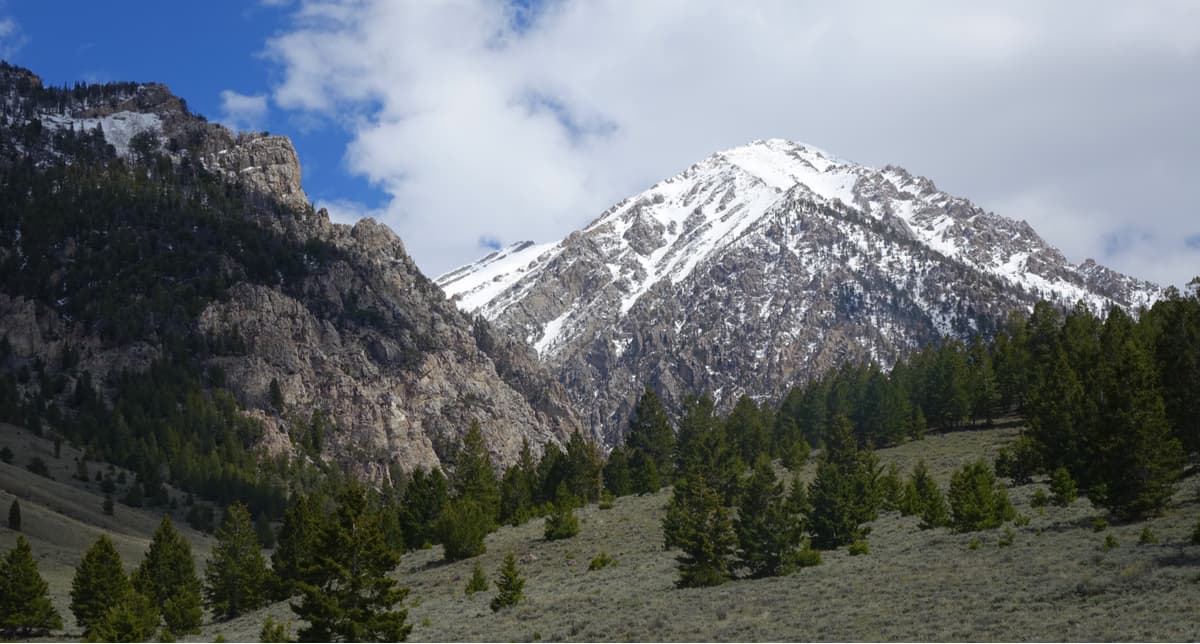 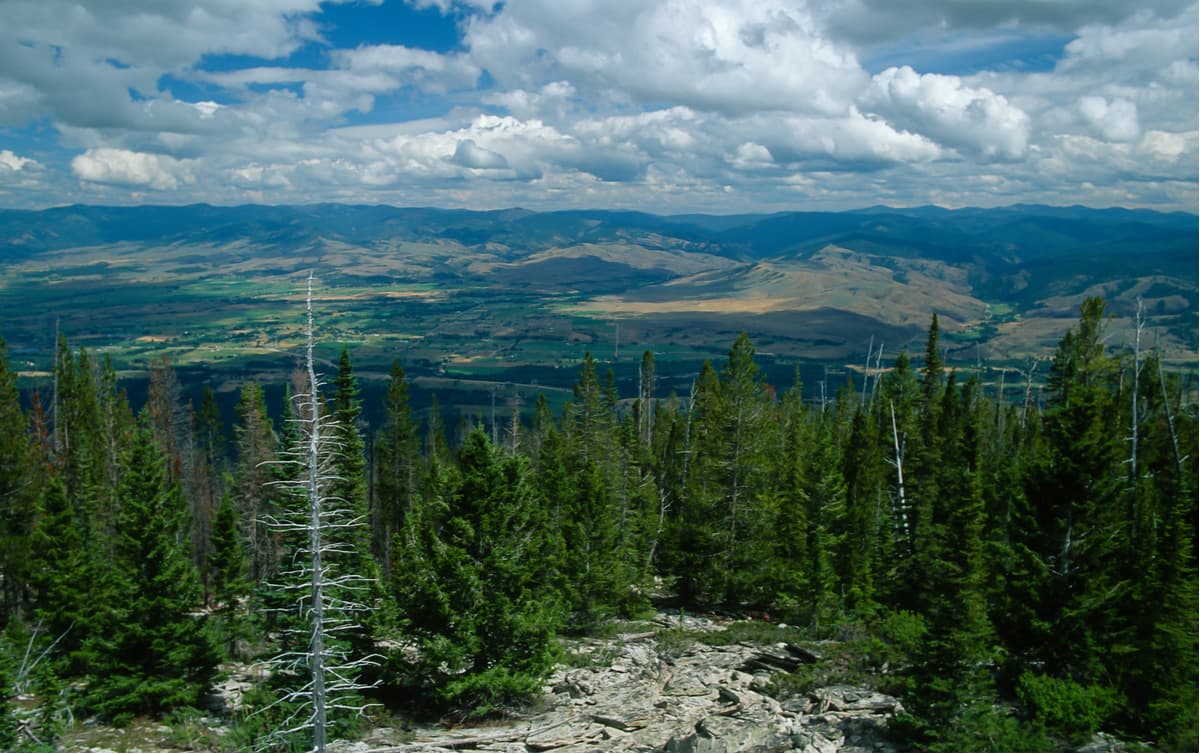 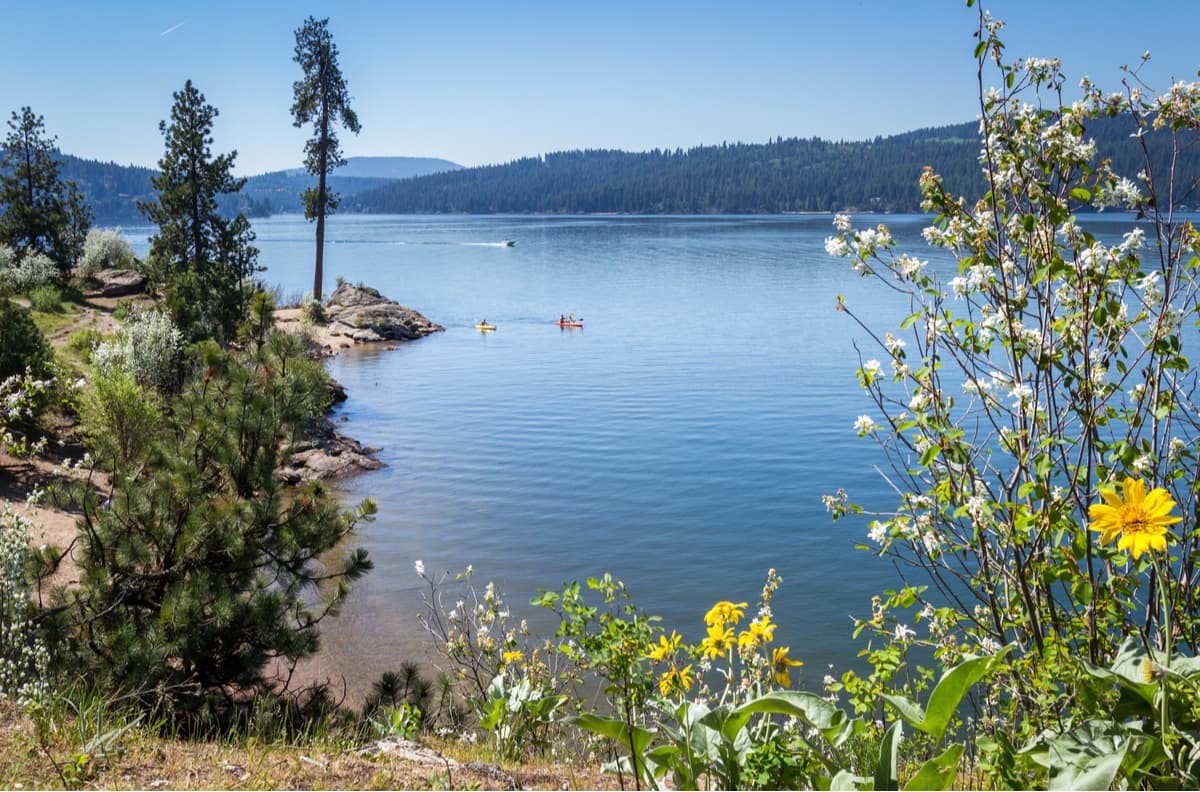 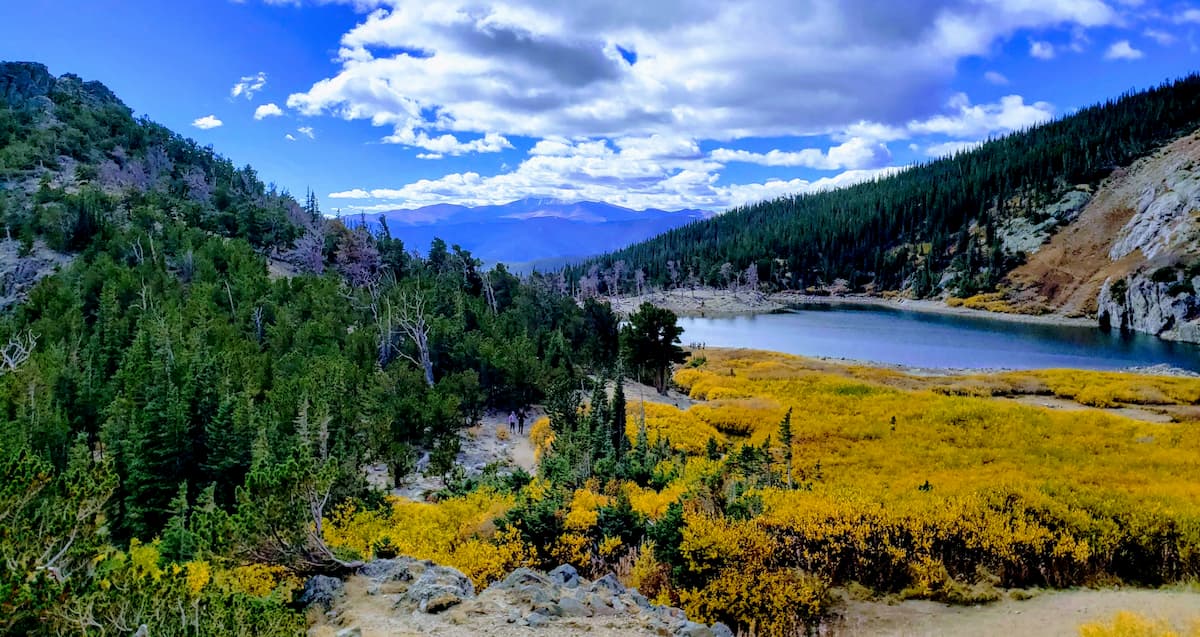 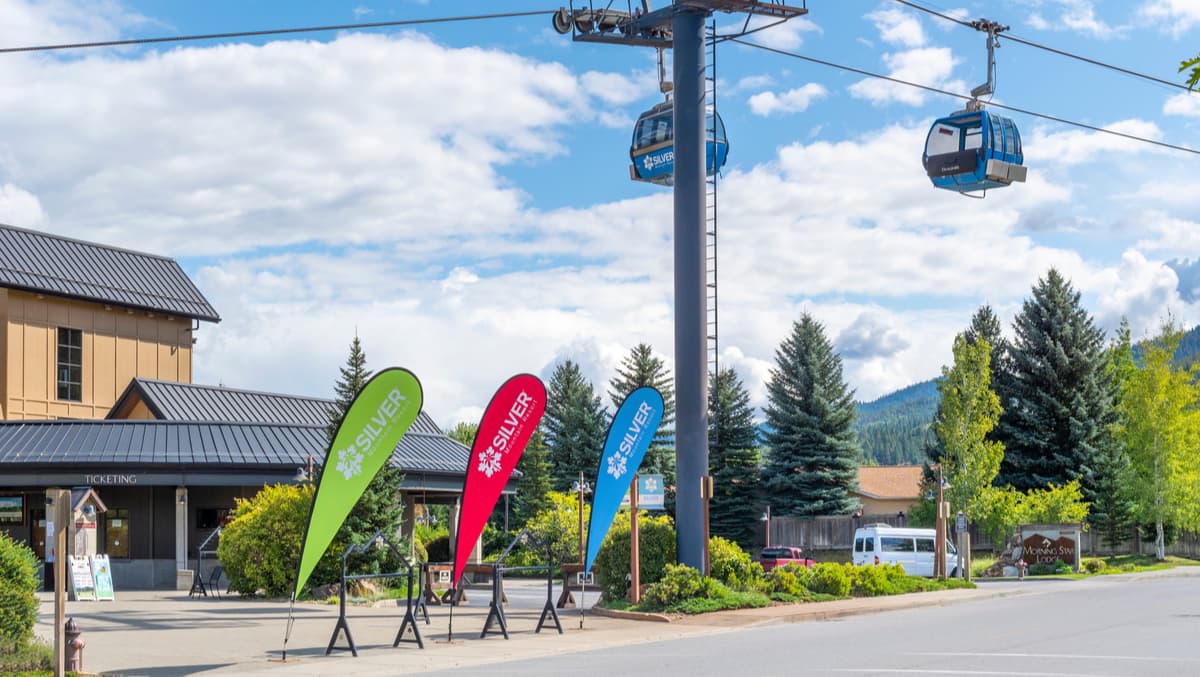