Located in the northwestern-most corner of the US state of Montana and the northernmost part of the US state of Idaho, the Cabinet Mountains are a range of 497 named peaks that span a total area of 2,134 square miles (5,527 sq. km). The Cabinet Mountains are a subsection of the Idaho-Bitterroot Rocky Mountains and contain a number of sizeable peaks, the highest and most prominent of which is Snowshoe Peak (8,738ft/2,663m). 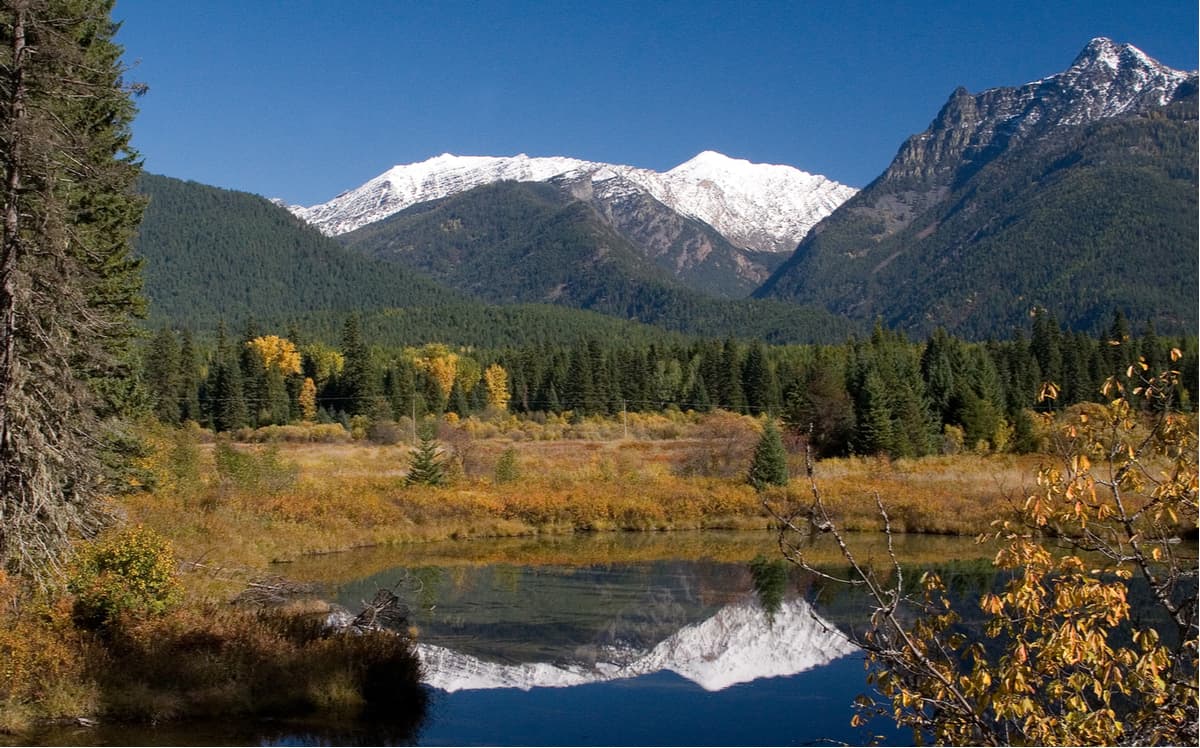 While the Cabinet Mountains may not have the highest peaks in Montana - in fact, it’s one of four (out of thirty) ranges in the state that don’t have peaks higher than 9,000 feet (2,743m) - the stark contrast between the rugged mountains and the low-lying river valleys below provide the Cabinets with all the splendor they need.

Cabinet Mountains reflecting in the calm waters of Trout Creek

Geologically, the rocks of the Cabinet Mountains are some of the oldest in the region, with their origin in the Precambrian era Belt Supergroup, similar to those found in the nearby Purcell, Selkirk, and Mission ranges. Like in the other nearby ranges, the bedrock that later formed the Cabinet Mountains was uplifted and then ultimately shaped by the glaciers of the Pleistocene glacial maximum. Unfortunately, the last remnant of this glaciation is the small Blackwell Glacier on the northern slope of Snowshoe Peak and only a few other permanent snowfields near Elephant Peak (7,936ft/2,416m) and Little Ibex Lake still exist today.

The Cabinet Mountains have been inhabited by humans for at least the last ten thousand years, mostly by the Kootenai people and other nearby groups, who frequented the mountains in the search of big game, especially mountain goats, and high-alpine plants. The Cabinet Mountains saw their first visitors of European descent upon the arrival of French-Canadian fur trappers in the early years of France’s colonizing history in North America. In fact, it was these French-Canadian fur trappers that gave the mountains their current English name, having christened them the Cabinet Mountains due to the peaks’ resemblance to cabinets or boxes.

By the 1880s, however, non-native people had begun to arrive in the Cabinet Mountain region in sizeable numbers, mostly in search of mining opportunities. While the Cabinet Mountain region was never truly exploited for its mineral wealth, there have been some on-and-off mining operations in the area since the early 1900s, especially around the area now known as Snowshoe Fault.

These days, the Cabinet Mountains remain as wild as ever, with very limited development within the range. Visitors to the Cabinet Mountains can enjoy opportunities to see an extensive list of fantastic flora and fauna during their travels but must be prepared to be self-sufficient in this rough and often inhospitable environment.

The majority of the Cabinet Mountains are contained within the Kootenai National Forest and the Idaho Panhandle National Forests, which are both managed by the US Forest Service. Within there are a few good places to go and explore:

Located above Lake Pend Oreille and the Clark Fork River, Scotchman Peak (7,021ft/2,140m) and its surrounding mountains are part of the Idaho Panhandle National Forests within the Cabinet Range. The Roadless Area is a wild and remote part of the Cabinet Range and is currently being considered for permanent protection under the Wilderness Act.

Despite any formal wilderness status, however, outdoor enthusiasts can find a whole host of different hiking and camping opportunities just waiting to be explored. With dozens of miles of trails within the Scotchman Peaks, the region is a great place to see some of the Cabinet Mountains’ beautiful vistas firsthand.

Located in the center of the northern Idaho panhandle, Coeur d’Alene is home to over 50,000 people and is the largest city in the northern part of the state. Coeur d’Alene is situated just west of the Cabinet Mountains and is part of the greater Spokane-Coeur d’Alene combined statistical area, which provides the city with reliable transport links to the rest of North America via the airport in Spokane, just some 40 miles to the west. The city is increasing in popularity, thanks to its up and coming ski industry, so it’s a good place to start your Cabinet Mountains adventures.

Missoula, Montana is a college town of about 66,000 people located to the southeast of the Cabinet Mountains. Missoula is popular amongst outdoor enthusiasts for its location in the middle of some fantastic and large swaths of public land. Plus, Missoula has a sizeable public airport with routine links to major cities around the western United States.

Situated to the east of the Cabinet Mountains, Whitefish is a small town of about 6,000 people and is a great hub for outdoor activity in western Montana. The town is best known as the location of the popular Whitefish Mountain Resort but boasts plentiful outdoor activities all year-round, as well as good road and train connections to the rest of Montana and the western United States. 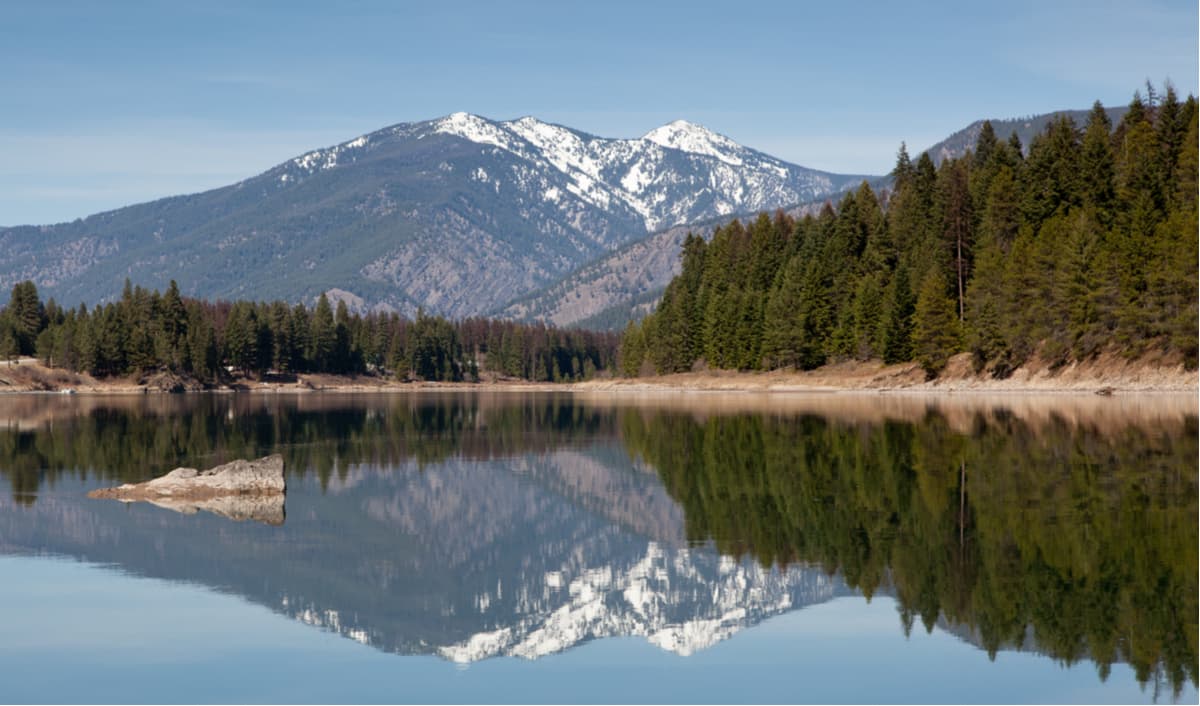 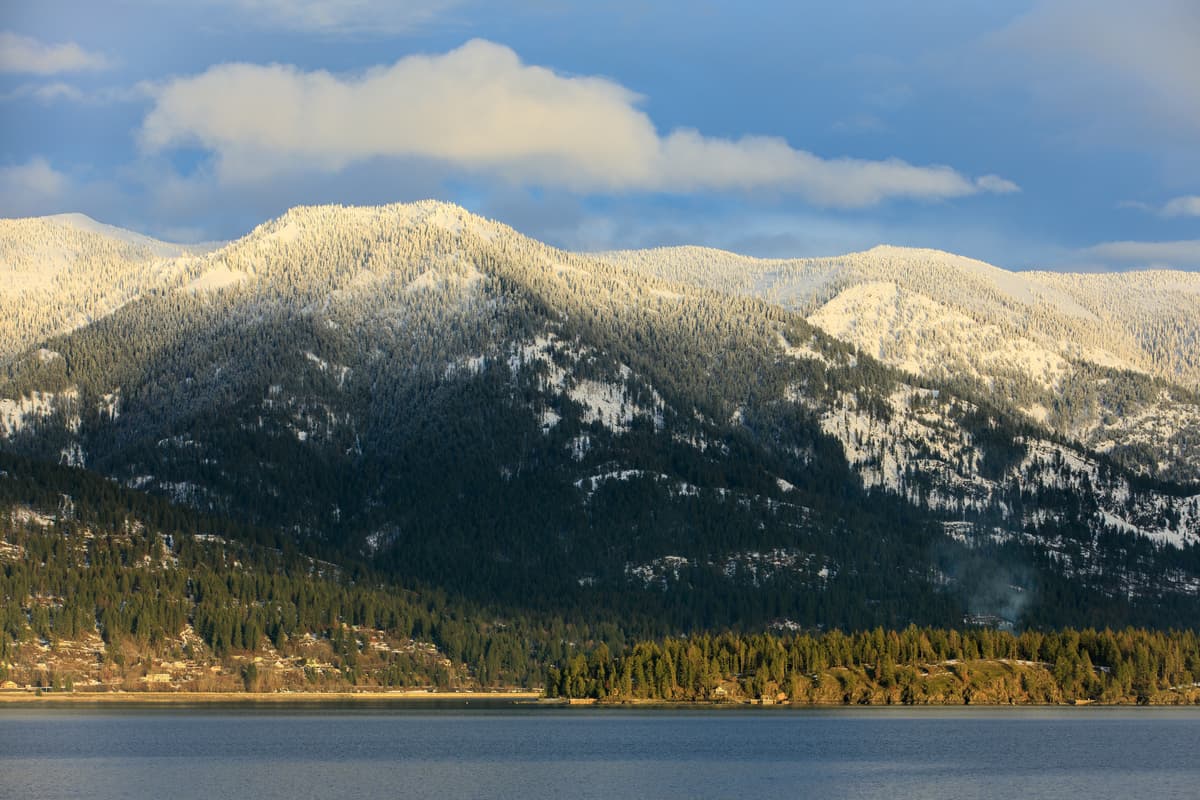 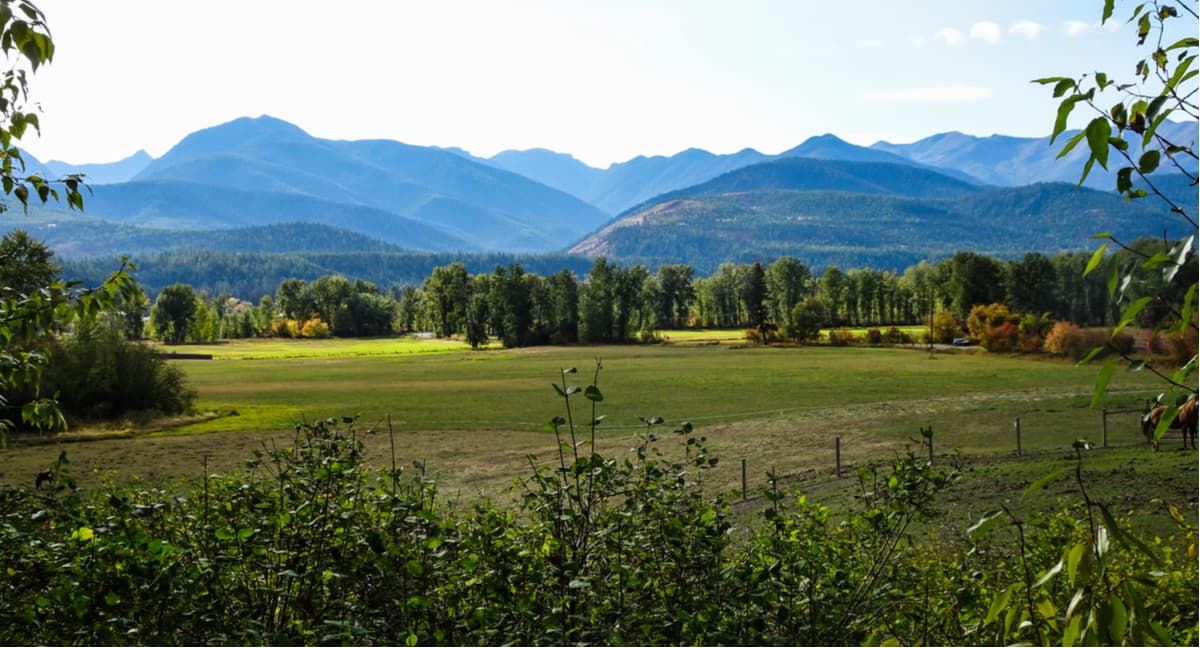 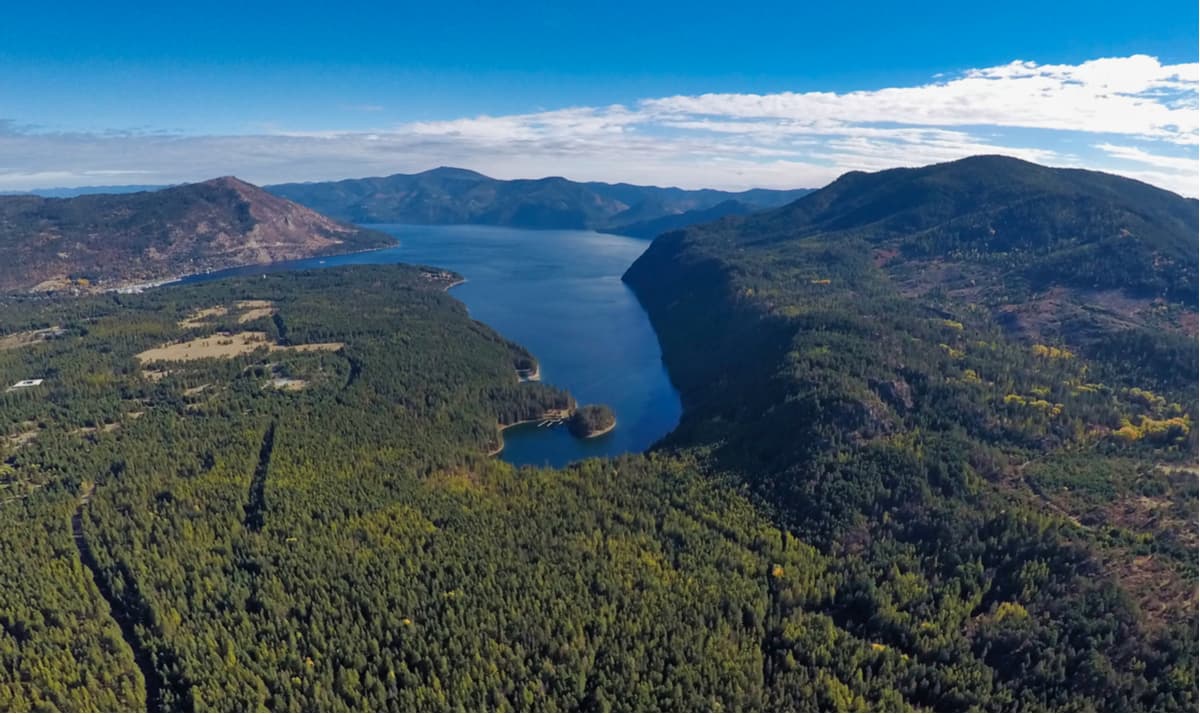 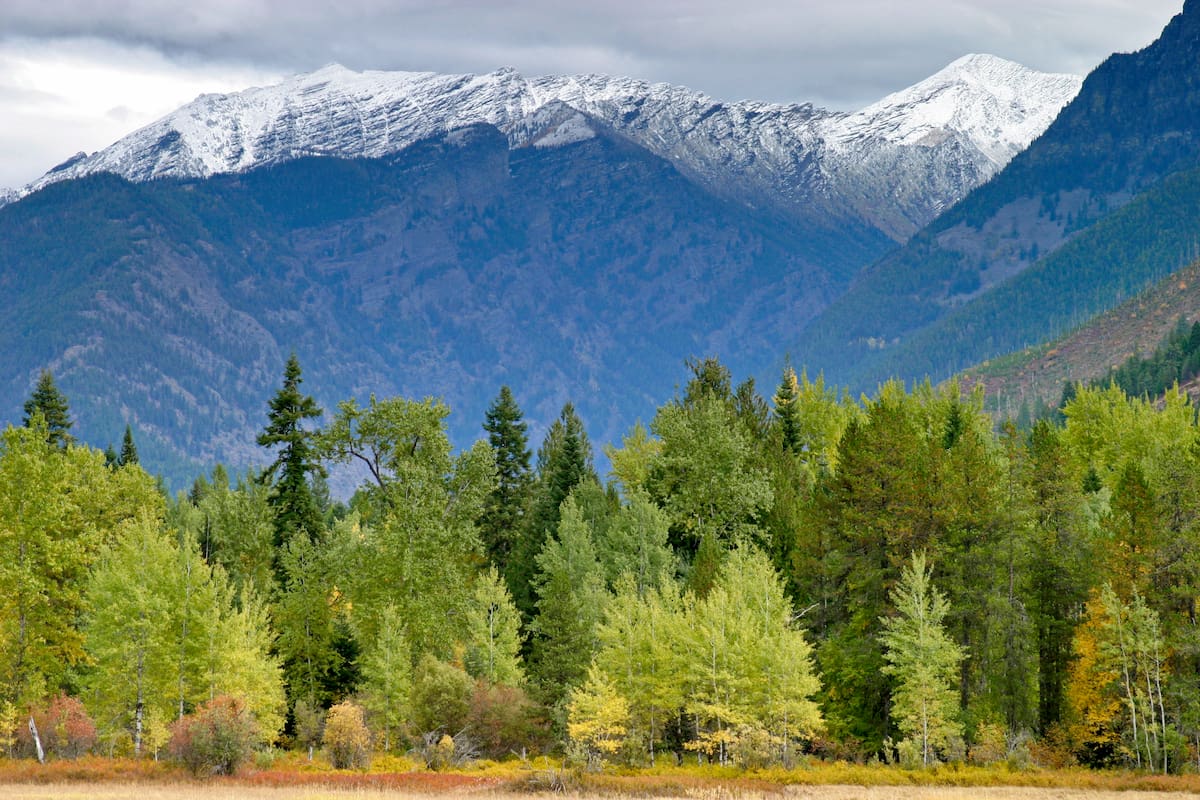 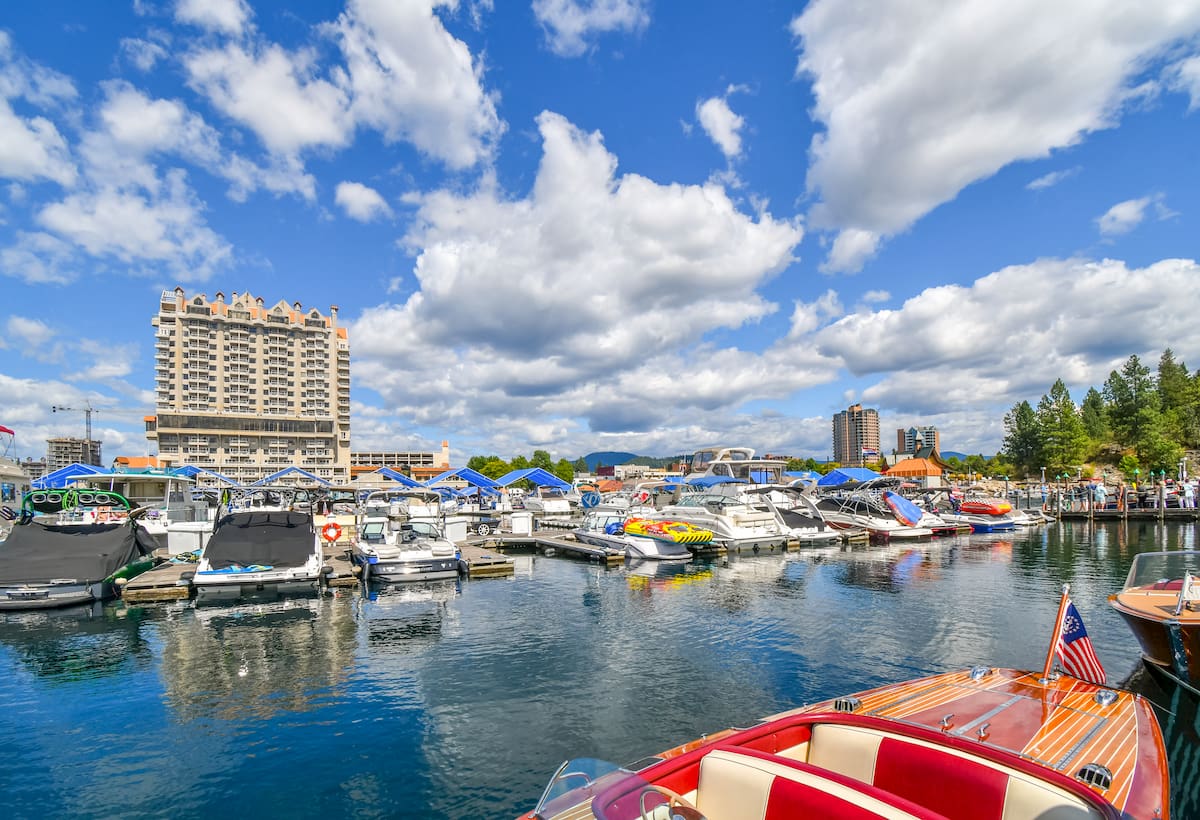