Situated in the northwestern corner of the US state of Montana, the Mission Range is a collection of 38 peaks, the highest and most prominent of which is McDonald Peak (9,787ft/2,993m). As a subsection of the Central Montana Rocky Mountains, the Mission Range is located between Flathead Lake and the Swan Range and extends for some 45 miles (72km). 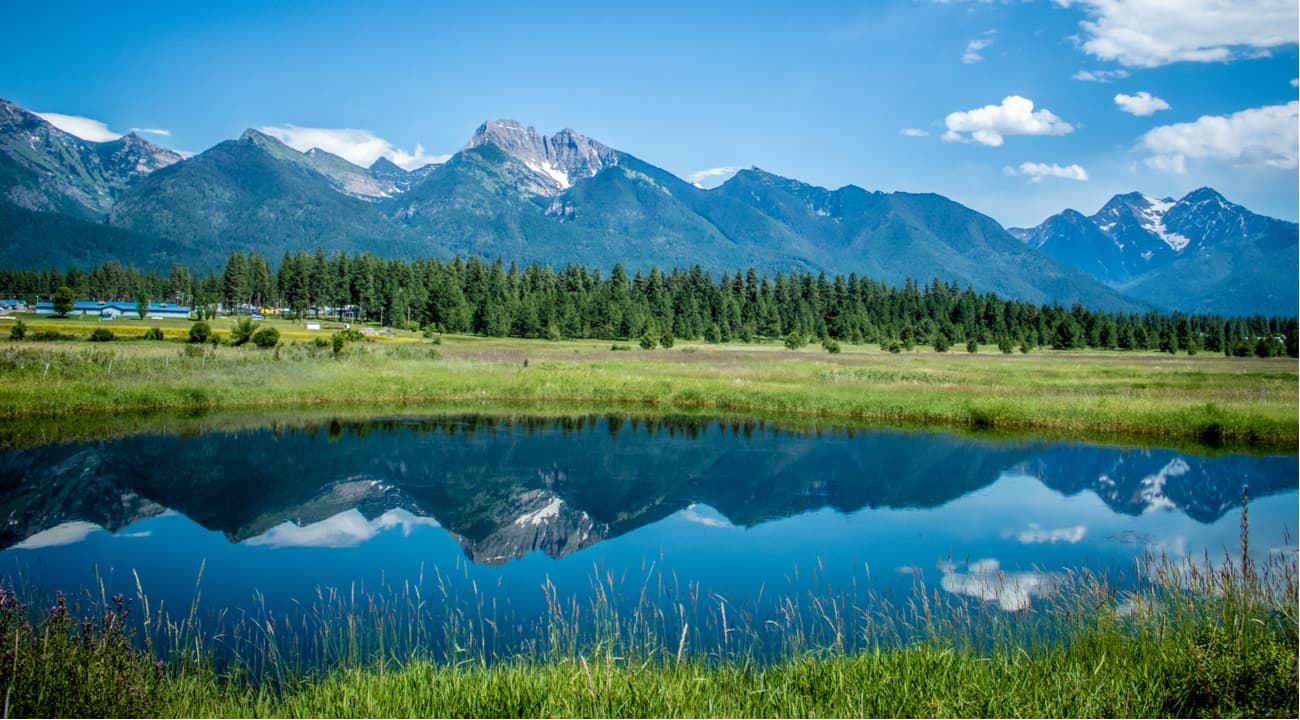 Geologically, the majority of the Mission Range is comprised of “Belt Rock” from the Belt Supergroup. These sedimentary rocks formed some 1.47 to 1.4 billion years ago as sediments collected in the Belt Basin over millions of years. These rocks were eventually uplifted during the collision of a number of tectonic plates about 80 million years ago and formed the basic shape of the mountains we see today.

Interestingly enough, the mudstone that predominates the Belt Supergroup and the Mission Range is from the end of the Proterozoic Era, so is generally quite poor in fossils, unlike other mudstones around the world due to its age. However, the rocks of the modern Mission Range have quite an abundance of colors, namely green, grey, and red, much of which is attributable to the high levels of the mineral hematite (iron oxide) in the mudstone.

Additionally, while tectonic plates and their movements created the Misson Range, much of the mountain shapes that we see in the range were formed by the movement of glaciers during the last few major glaciations, such as the one that ended some 10,000 years ago. The effects of these glaciers left behind the three-sided pyramidal peaks that we see around the Mission Range today.

More recently in the geologic timescale, humans are known to have inhabited the region in and around the Mission Range for at least the last tens of thousands of years. The Salish and Kootenai people, in particular, were known to venture into the mountains in search of the region’s abundant fishing, hunting, and foraging opportunities.

Due to the remoteness of the area, non-native peoples spent little time in the Mission Range until the early 1920s and 1930s. While the Great Pacific Railway and other enterprises soon started to claim large swaths of land in the Mission Range, the vast majority of it was eventually acquired by the US Forest Service.

Hikers, campers, and climbers that venture out into the Missions Mountains Wilderness are likely to encounter an abundance of flora and fauna, including ponderosa pine, mountain lions, grizzly bears, marmots, moose, and the like. Travel throughout the range is rugged and difficult, however, the lakes, peaks, and waterfalls of the Mission Range are truly a wonder to discover.

The Mission Range might not cover an expansive geographical area, but they do pack a lot of adventure into a small region. Here are some of the major hiking areas in the Mission Range:

The Mission Mountains Wilderness is a substantial swath of land in the eastern part of the Mission Range. Here, you can find an abundance of alpine lakes and an integrated network of trails that can take you far into the backcountry.

Within the 75,000 acre Mission Mountains Wilderness, you’ve got quite a few options for adventure. Many opt to take the Glacier Creek Trail on a scenic, easy walk up to Glacier Lake, while others continue onward toward Turquoise Lake and some of the more remote locales in the Wilderness.

Alternatively, hikers can head out on an overnight trip on one of the Wilderness’ handful of maintained backpacking trails. Or, if you’re really feeling up for an adventure, you can go out and bag some peaks, like Daughter of the Sun Mountain (8,750ft/2,667m) and Sunset Peak (8,350ft/2,542m).

Managed by the Confederated Salish & Kootenai Tribes of the Flathead Indian Reservation, the Mission Mountains Tribal Wilderness comprises the westernmost part of the Mission Range, including some of the area’s tallest peaks, like McDonald Peak, Glacier Peaks, and Lowary Peak.

Within the Tribal Wilderness, visitors can find a plethora of hiking and camping activities, whether that’s on the Wilderness’ network of 45 miles of maintained trails or off the beaten path. While there’s an abundance of adventure to be had in the Tribal Wilderness, any non-tribal visitor to the region needs to purchase a Tribal Conservation Permit, which you can get at an authorized vendor.

Additionally, substantial portions of the Tribal Wilderness within the Grizzly Bear Management Zone are closed to visitors during the summer months to allow the bears to feed without human disturbance. Our advice? Check in with the Confederation before you head out into the Tribal Wilderness so that you can ensure you’ve met all the requirements for visiting their ancestral lands.

Here are some of the major towns and cities near the Mission Range where you can get supplies and find a place to stay before you head into the mountains:

Located just north of the Mission Range, Whitefish is a popular ski destination, thanks to the nearby Whitefish Mountain Resort. The town is home to just 6,300 people, but Whitefish’s popularity amongst outdoor enthusiasts means you can find pretty much anything you need for an expedition in the city. Plus, Whitefish is home to Amtrak’s busiest rail station in all of Montana, so it’s fairly easy to get to, despite its remoteness.

The state capital of Montana, Helena is located a few hour’s drive east of the Mission Range. Although Helena is smaller in population size than Missoula, its strategic location between Glacier and Yellowstone National Parks as well as its placement at the intersection of I-15 and I-90 make it a great place to stop if you’re traveling to the Mission Range by car. 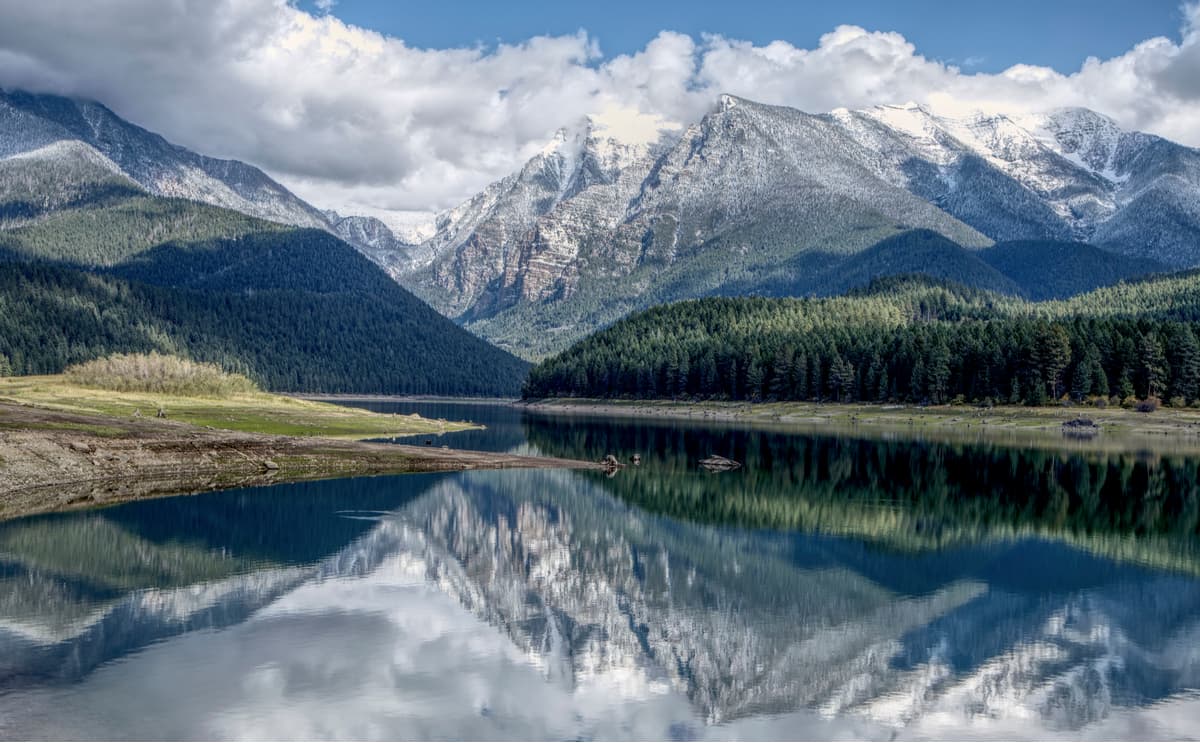 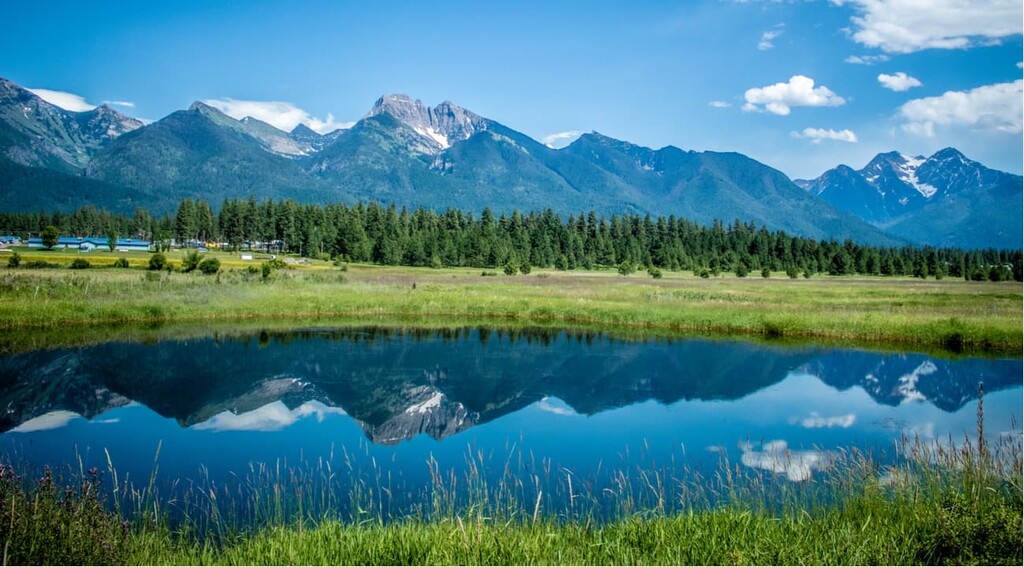 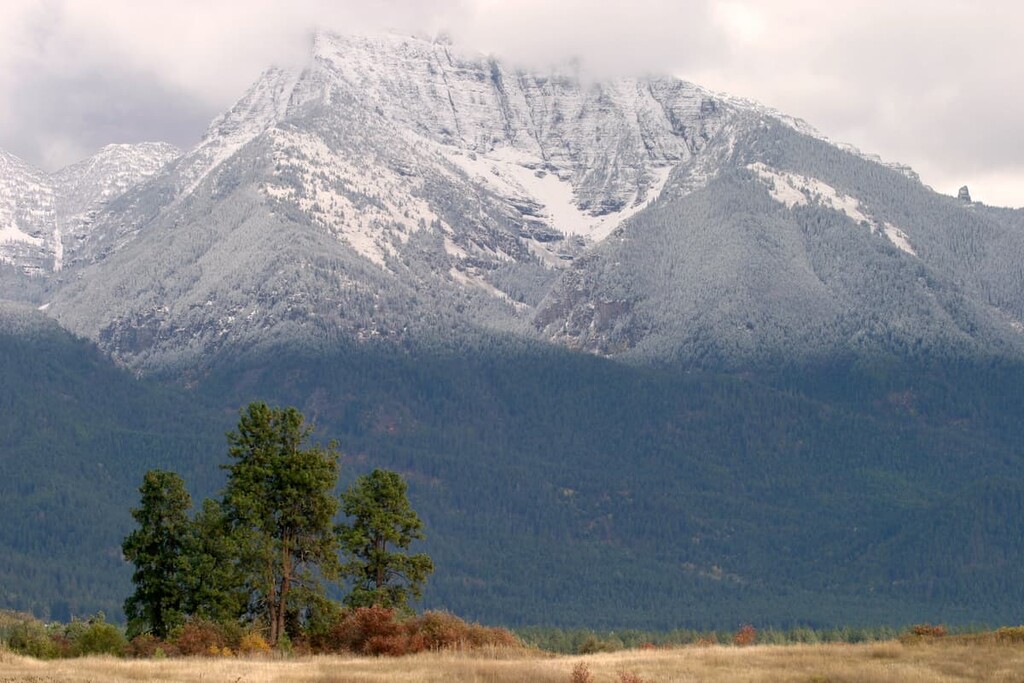 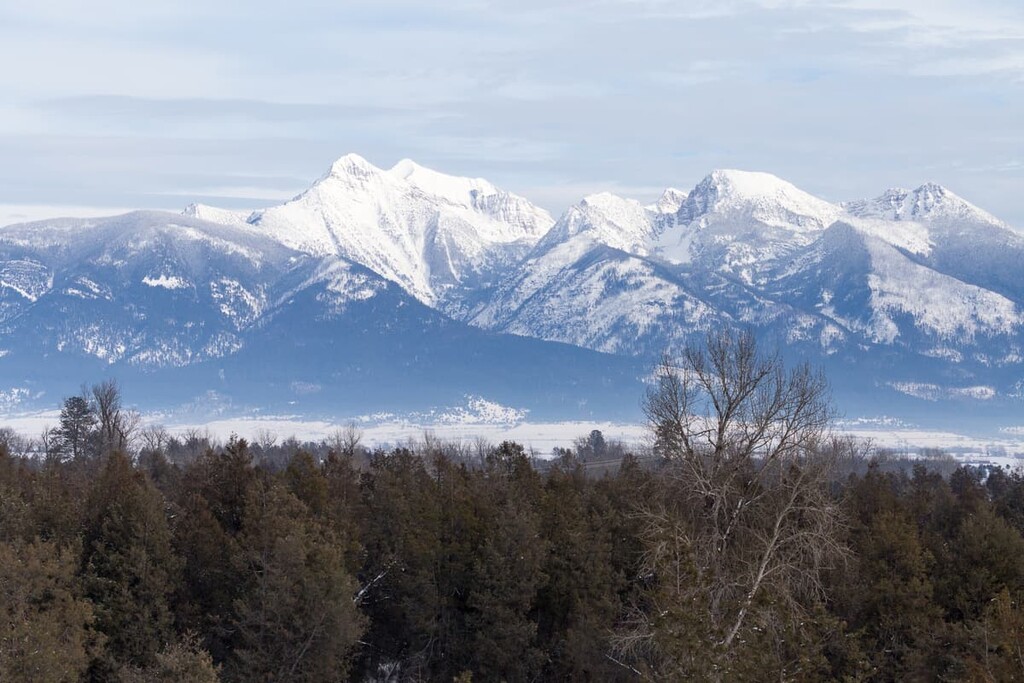 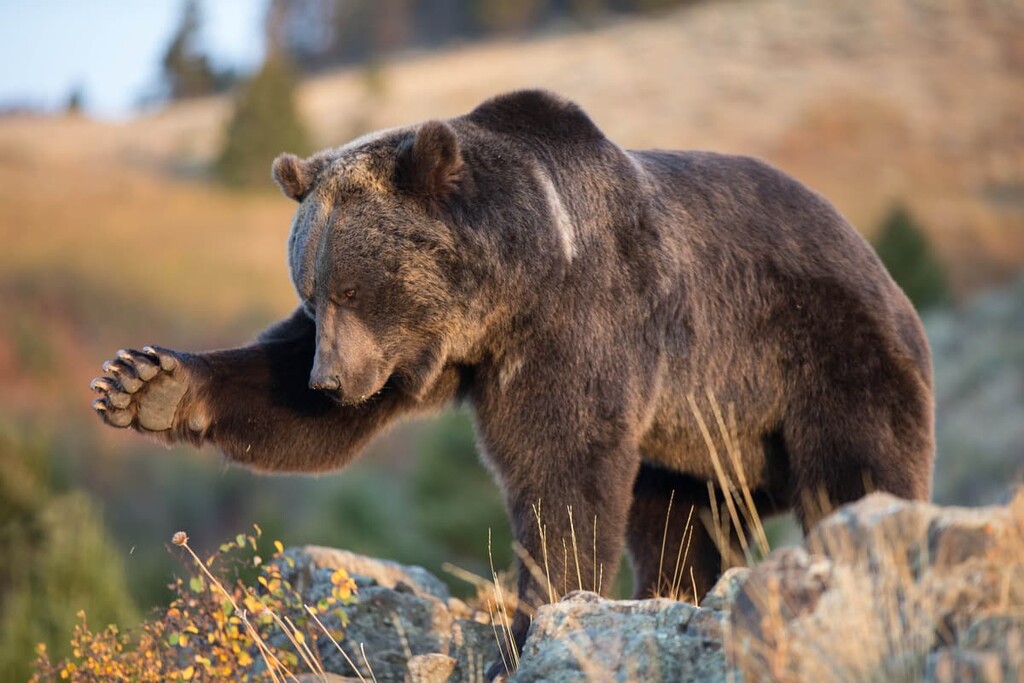 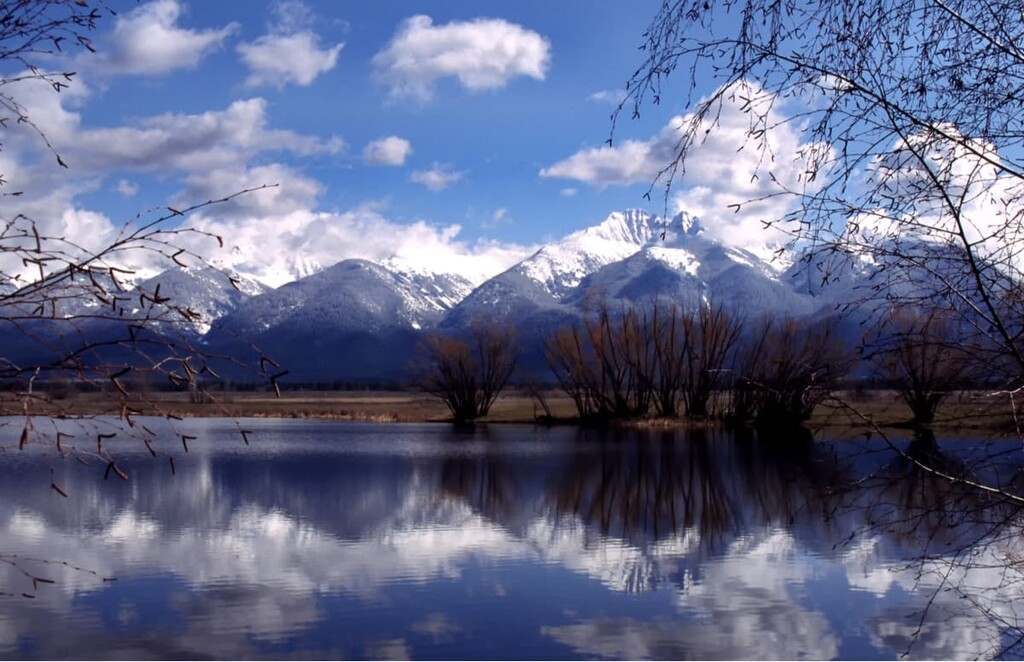 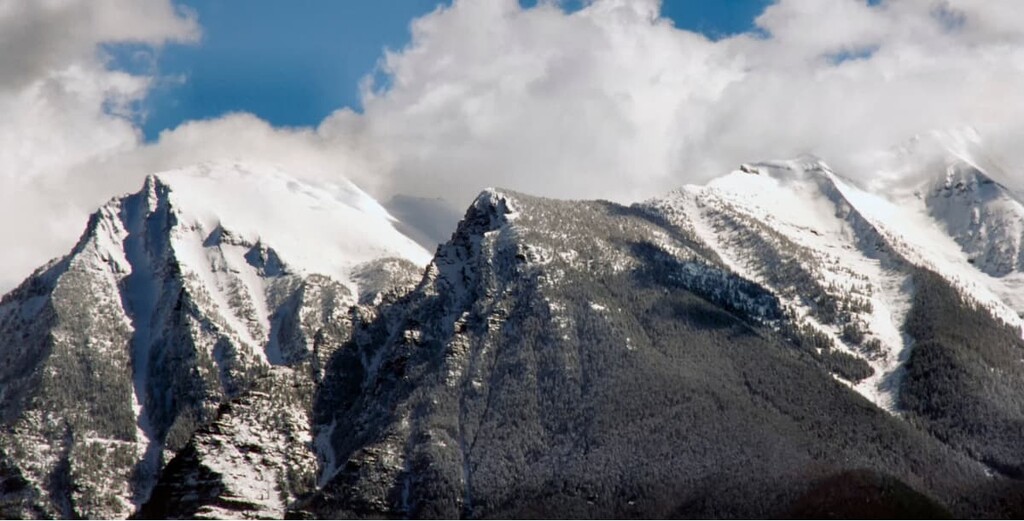