With high alpine meadows, craggy mountain peaks, and a fantastic array of wildlife, the Bighorn National Forest is a true outdoor enthusiast’s paradise located in the north-central part of the US state of Wyoming along the state’s border with Montana. The forest contains 67 named mountains, the highest and most prominent of which is Cloud Peak (13,179ft/4,016m). 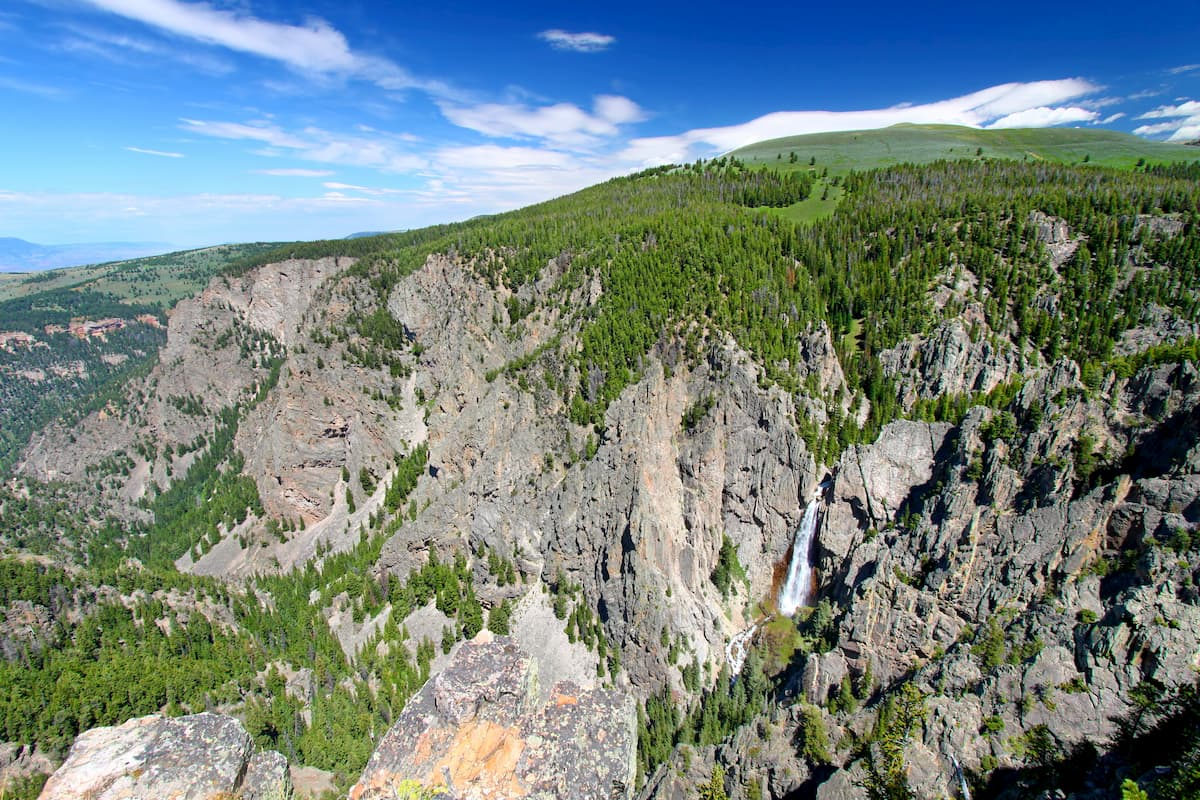 Bighorn National Forest is located in the north-central part of the US state of Wyoming, stretching from the state’s border with Montana all the way south to the city of Buffalo. The forest covers an area of about 1,107,571 acres (448,218 ha) and it includes parts of 4 counties: Washakie, Johnson, Big Horn, and Sheridan.

It is located to the east of the Continental Divide and it includes nearly all of the Bighorn Mountains (Apsáalooke/Crow: Basawaxaawúua), which is separated from the rest of the Greater Yellowstone Rocky Mountains by the massive Bighorn Basin.

Finally, the forest is situated to the west of a major complex of federally-managed land in the border region between Wyoming, Montana, and Idaho, which includes:

Moreover, the Medicine Wheel National Historic Landmark is located within the Bighorn National Forest. The landmark is a large stone structure made from layers of white limestone that is believed to date back thousands of years. It is located near Medicine Mountain and it is sacred to a number of Indigenous groups so visitors are asked to respect the cultural significance of the site.

The peaks within the Bighorn National Forest are part of the Bighorn Mountains (Crow: Basawaxaawúua), which is a mountain range that stretches for about 200 miles (320km) across the border of Montana and Wyoming. These mountains are technically a spur of the Greater Yellowstone Rockies, which cover much of Wyoming and parts of Montana and Idaho.

However, the range and the national forest are separated from many of the other major mountain chains in the region by the Bighorn Basin. Indeed, ranges such as the Absaroka Range, the Teton Range, the Wind River Range, the Gros Ventre Range, the Crazy Mountains, and the Gallatin Range are situated just to the west of the Bighorn Mountains.

From a geological perspective, the Bighorn Mountains started to form during the Laramide orogeny which began approximately 70 million years ago during the Late Cretaceous.

The range’s bedrock is mostly sedimentary in origin and dates back to the Cambrian and Cretaceous. Interestingly, the Bighorn Mountains are home to some exceptionally old rocks, with some areas of the range dating back some 3.25 billion years.

Like the rest of the region, the land that is now the Bighorn National Forest was heavily glaciated during the Pleistocene. This glaciation helped to carve out the many cirques, U-shaped valleys, and glacial lakes that we see in the range today.

There’s also a somewhat extensive cave system within the range and the forest, which includes the Natural Trap Cave. The Natural Trap Cave is a large sinkhole within a thick layer of Madison Limestone that drops down about 85 feet (26m). A number of animal fossils have been found in the cave, including the now-extinct American cheetah and American lion.

A veritable hub for wildlife and stunning flora, the Bighorn National Forest is a great place to adventure if you’re looking to enjoy some quality time in nature. The forest is home to sprawling woodlands of aspen, lodgepole pine, spruce, and fir, like much of the surrounding region.

Moreover, the Bighorn National Forest is a prime habitat for a number of animal species, including black bears, cougars, pronghorn, moose, coyotes, mule deer, and elk. It’s worth noting, however, that while grizzly bears are found in the nearby Absarokas, they haven’t been spotted regularly in the Bighorns since the early part of the 1900s.

Like much of the surrounding region, the land that is now the Bighorn National Forest has long been home to humans. Indeed, the Bighorn Mountains are the traditional territory of a number of Indigenous peoples, including the Cheyenne, Apsaalooke (Crow), Sioux, Shoshone, and Arapaho.

The land that is now the Bighorn National Forest first drew the attention of Americans of European descent in the late 1800s as the Burlington and Missouri Railroad arrived in the state of Wyoming.

During this time, there was a fairly sizable demand for railroad ties to help support the expanding railroads across the country, so companies started looking to ranges like the Bighorn for their commercial timber prospects. This initial interest in logging led to the establishment in a large timber industry in the region which continued widespread timber harvesting for over 100 years.

The forest itself was first protected as the Big Horn Forest Reserve in 1897 when President Grover Cleveland signed legislation that allowed the US government to manage the land. This makes it the 11th oldest national forest still in existence after Shoshone, White River, Santa Fe, Pike, Mount Hood, Angeles, Sierra, Cleveland, San Bernardino, and Rogue River-Siskiyou.

Meanwhile, the Cloud Peak Wilderness was first managed as an area of special interest in 1932 under the name “Cloud Peak Primitive Area.”

These days, the Bighorn National Forest remains a popular outdoor recreation destination, thanks to its thousands of miles of designated trails, 32 official campgrounds, and plethora of scenic roads.

The Bighorn National Forest is a must-visit area for anyone who loves spending time outside. Here are some excellent hiking areas to check out while you’re in the region:

The Cloud Peak Wilderness is situated in the heart of the Bighorn National Forest, covering much of the main crest of the Bighorn Mountains. It contains 16 named peaks, the highest and most prominent of which is Cloud Peak.

Within the forest, there are a number of excellent hiking trails, including the 22.5 mile (36.2km) hike to the summit of Cloud Peak. The hike is challenging and steep, so it is often completed as an overnight adventure rather than a day hike.

Other popular hikes in the wilderness include the trails to Florence Lake, Geneva Lake, and Sherd Lake, as well as the Elsa/Spear Lake Loop.

This 4.7 mile (7.6km) long trail along the base of the Tongue River Canyon is one of the most popular day trips in the Bighorn National Forest.

It follows the course of the Tongue River for most of its extent, occasionally climbing up to a stunning viewpoint for great vistas of the surrounding area. There are also plenty of great places to swim or to enjoy a picnic along the way.

Short, but sweet, the Porcupine Falls Trail is just under 1 mile (1.6km) long and it leads hikers up to the base of the beautiful Porcupine Falls. Despite being a short hike, this trail is fairly steep, though it’s well worth the effort for the views of this great waterfall.

Here are some of the best places to stay before or after your trip to Bighorn National Forest:

The city of Buffalo is located on the eastern edge of Bighorn National Forest. With just 5,000 residents, the small city of Buffalo has an economy that’s reliant on the fossil fuel industry in the Powder River Basin.

It is almost exactly equidistant between Yellowstone National Park in western Wyoming and the famed Mount Rushmore in the Mount Rushmore National Memorial of South Dakota. Moreover, the city’s location at the base of the Bighorn Mountains make it a prime outdoor activity destination.

The second largest city in the state of Wyoming, Casper is home to about 55,000 residents. Casper is about 1.5 hours to the south of the Bighorn National Forest and it is known as “The Oil City,” due to its historic connection to the oil industry.

Named one of the best small cities to live in, thanks to its great local shops and restaurants, Casper is also a nice place to fly into as it has a regional airport with service to Salt Lake City and Denver.

The capital and largest city in the state of Montana, Billings is home to some 110,000 people. Billings is located about 1.5 hours to the north of the Bighorn National Forest and it is a popular place to stay in the region thanks to its excellent collection of quality hotels and restaurants.

From Billings, visitors can also enjoy the city’s extensive trail network. There are also plenty of great hiking, rock climbing, skiing, mountaineering, and biking opportunities to be had in the many public lands that surround Billings. 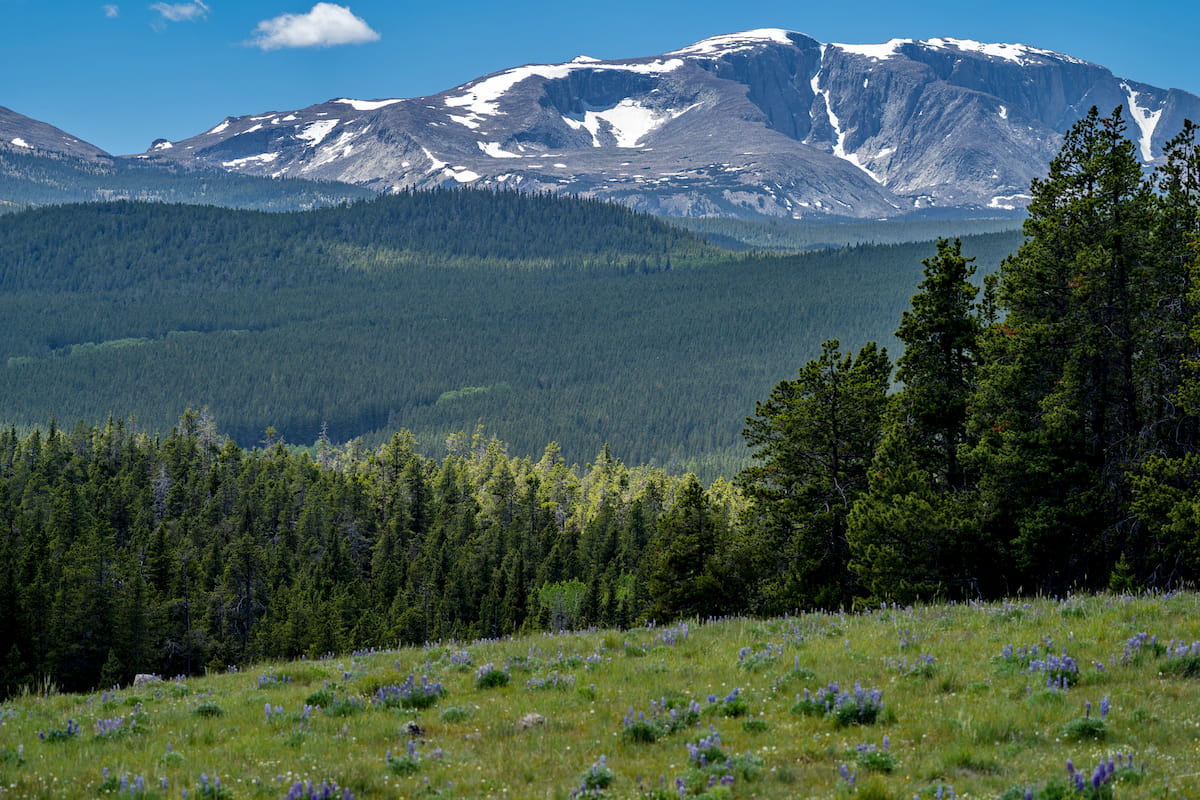 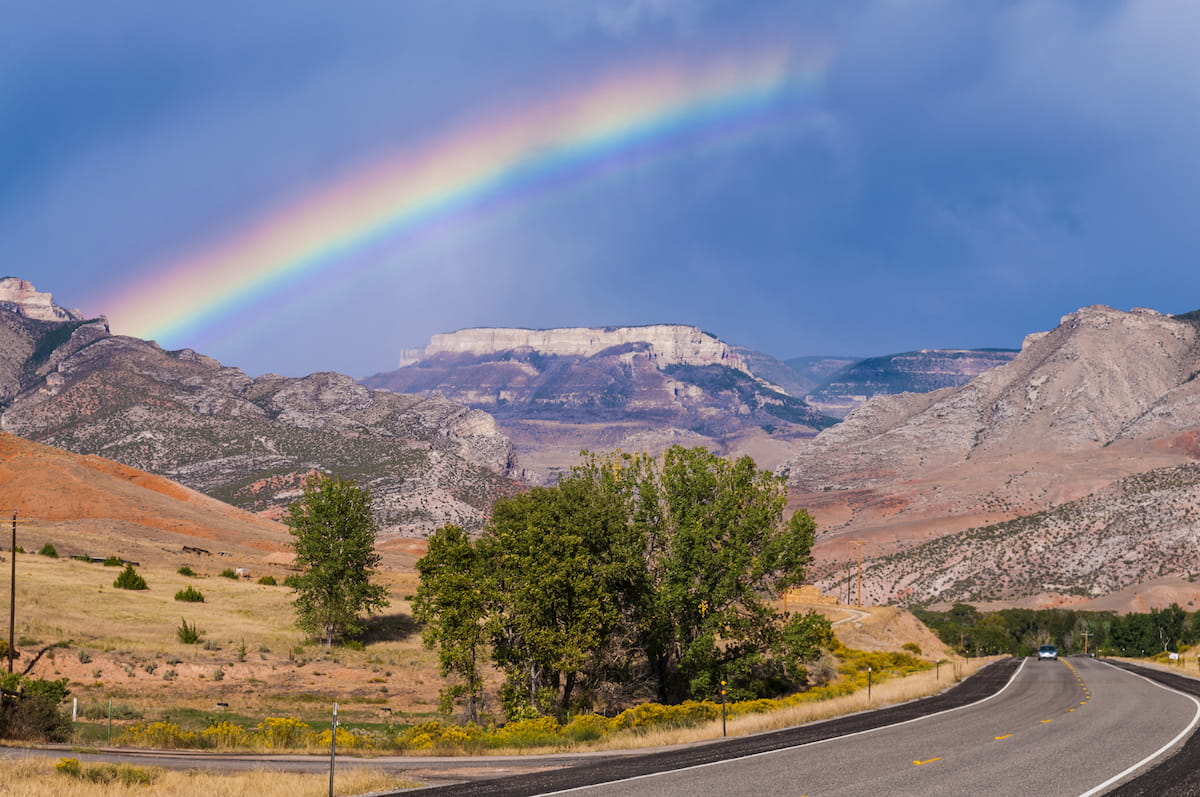 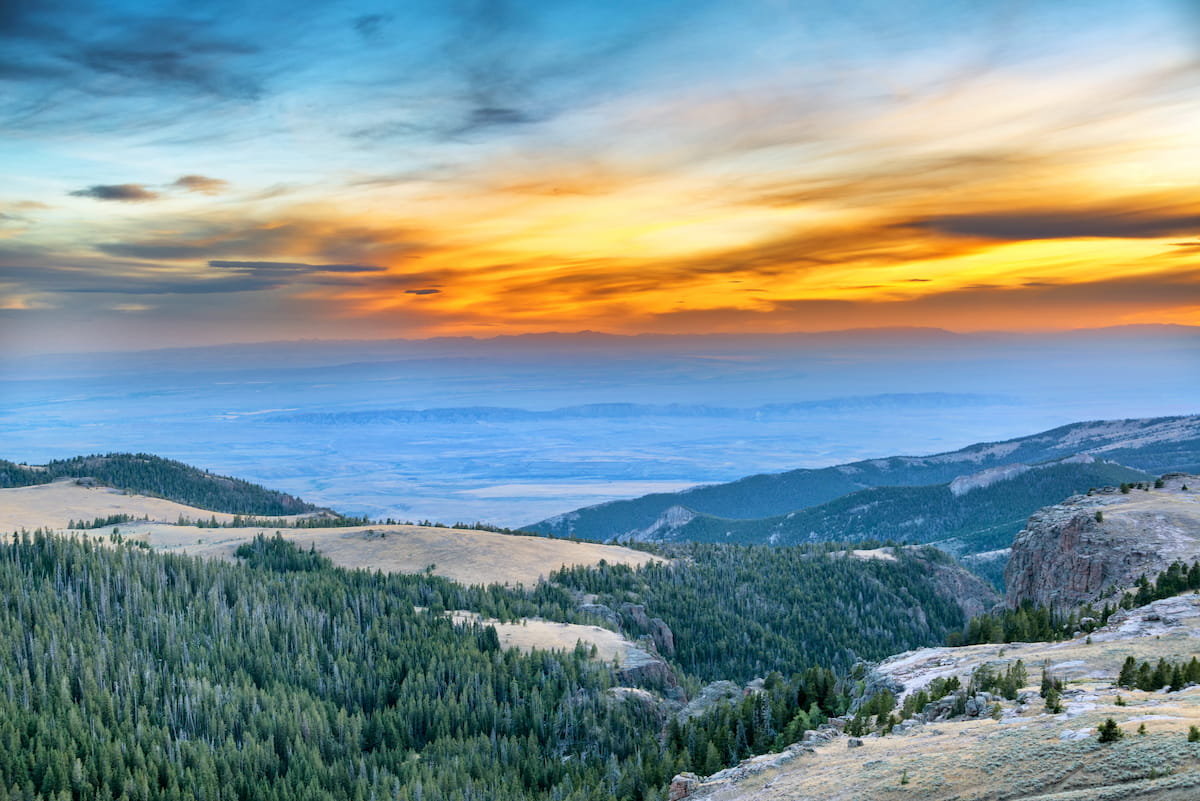 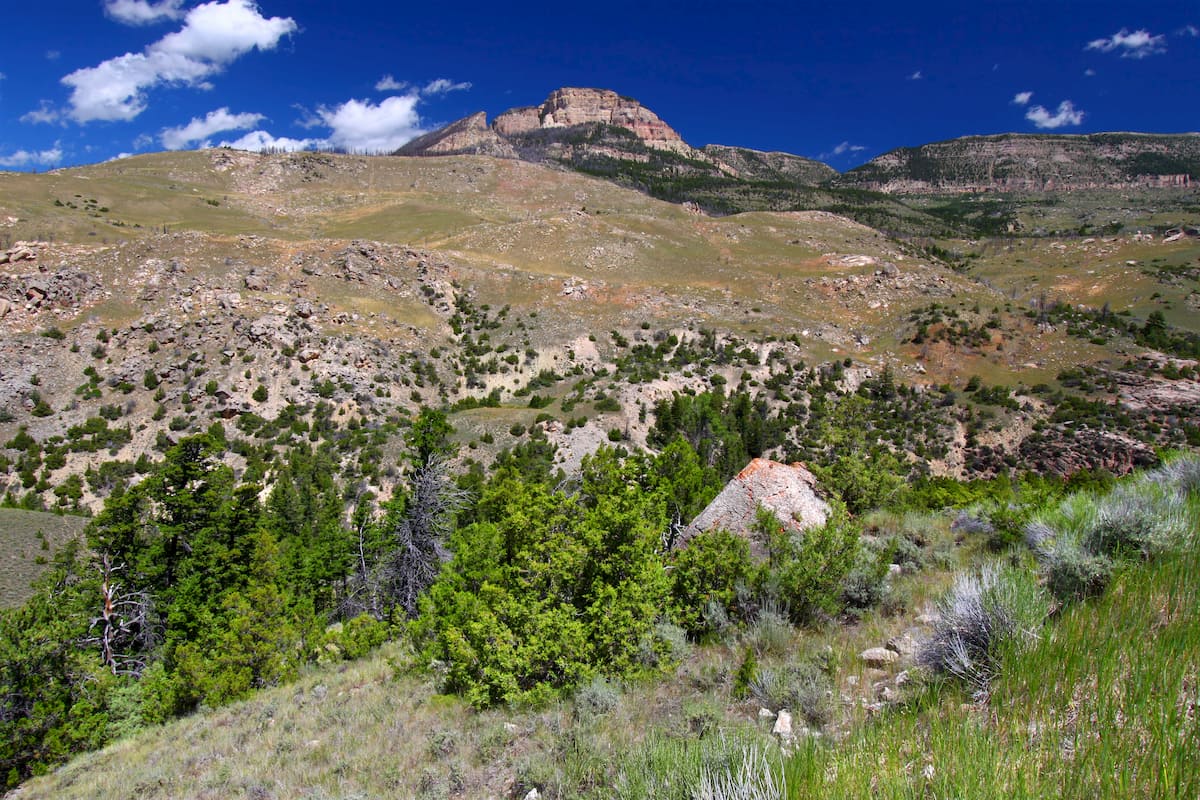 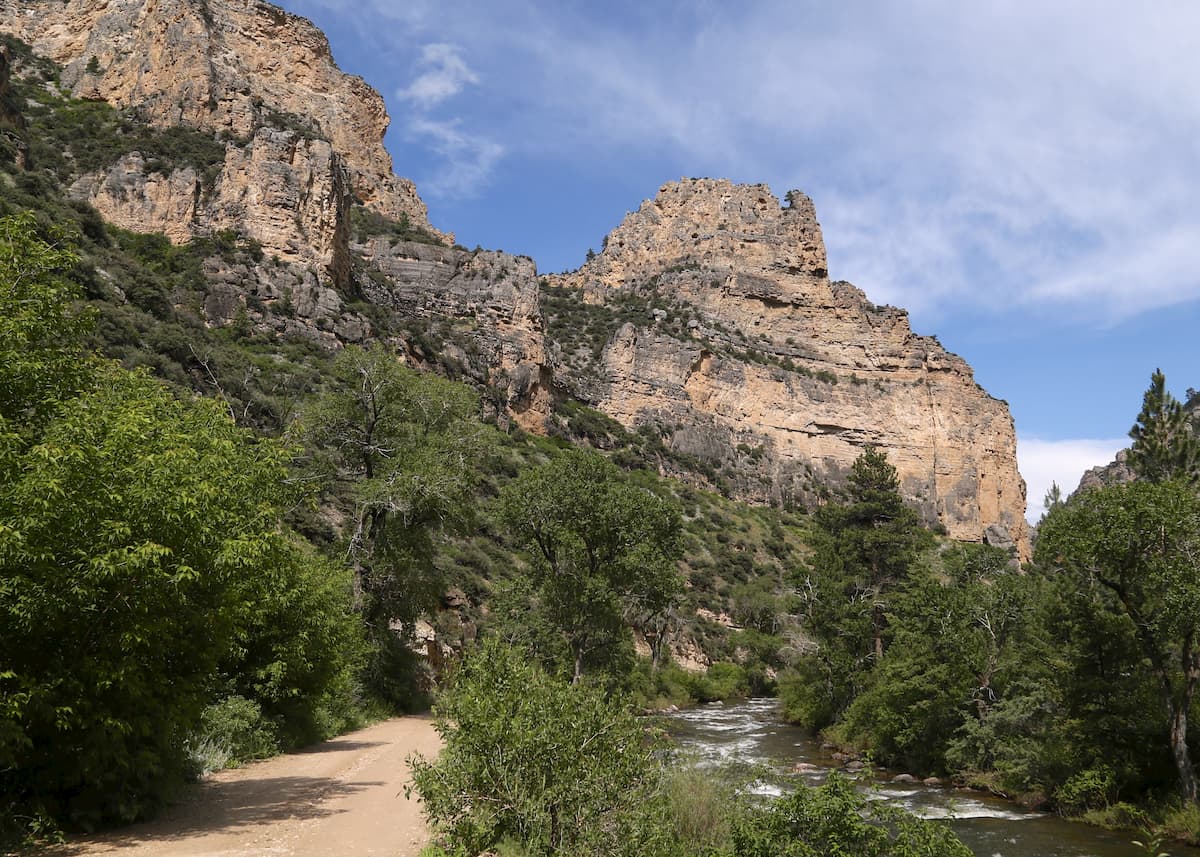 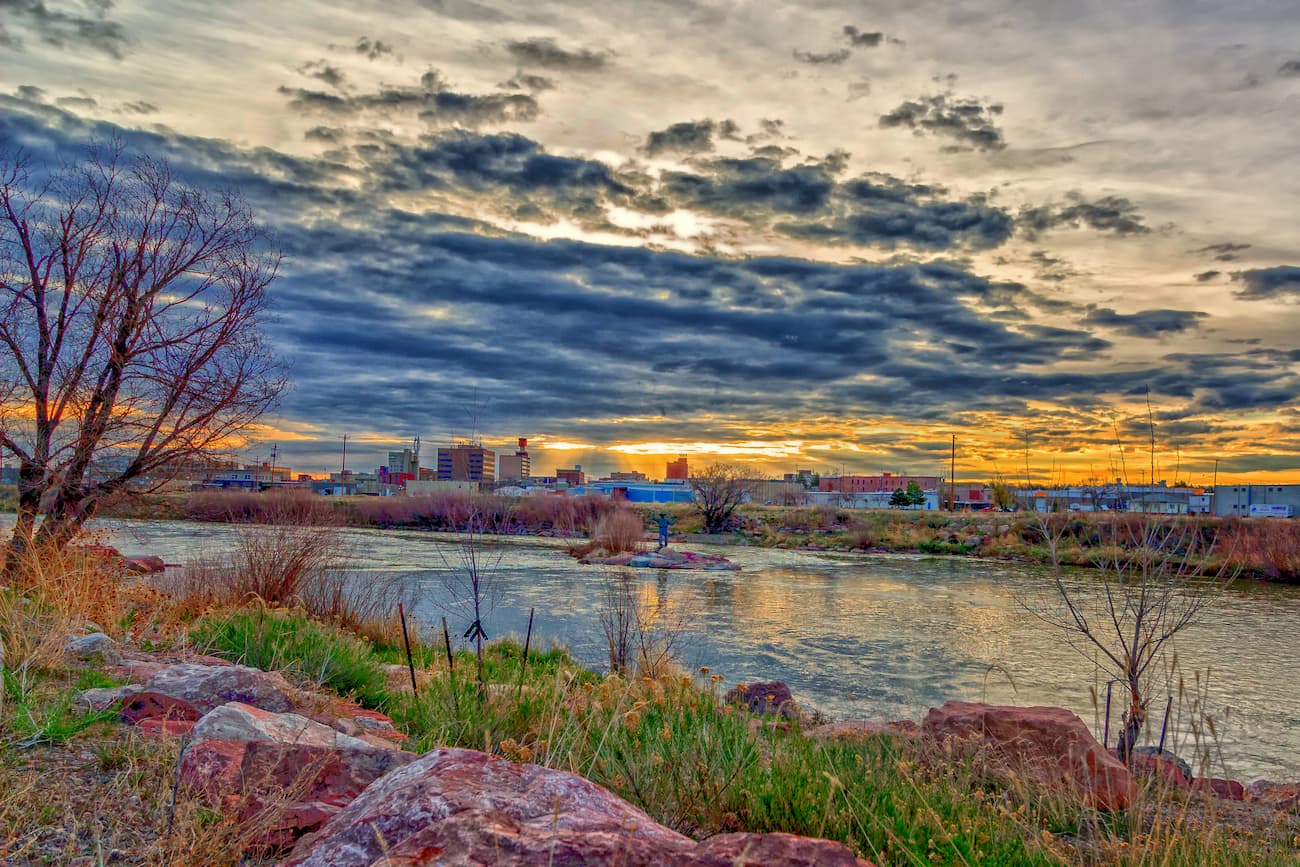