The Missouri River runs directly through the state, dissecting the landscape. On the east side of the Missouri River, The Drift Prairie consists of low hills and glacial lakes. The Great Plains, which cover nearly 75% of western South Dakota, are characterized by rugged deep canyons, rolling hills, open plains, and buttes that rise 400 to 600 above the surrounding landscape.

In the southwestern corner of the state, a low, isolated mountain group, the Black Hills, stretches across the border into Wyoming. The Black Hills cover approximately 6,000 sq. miles and are home to the highest point east of the Rock Mountains, Black Elk Peak (previously known as Harney Peak). Although this mountain range consists mostly of mountains in the 2,000 to the 4,000-ft range, several mountains exceed 7,000 ft in elevation including Bear Mountain, Crooks Tower, Terry Peak, and Crows Nest Peak.

The Black Hills have a reputation for being the state’s most popular place for outdoor recreation. One of the most recognizable landmarks in the United States, Mount Rushmore, is tucked within the Black Hills. The large carved faces of American Presidents George Washington, Thomas Jefferson, Theodore Roosevelt, and Abraham Lincoln attract millions of visitors each year.

The Black Hills National Forest is 1.2 million acres of forested land that offers a variety of outdoor recreation opportunities like hiking, camping, mountain biking, rock climbing, horseback riding, and wildlife viewing. Characterized by rugged rock formations and canyons, the Black Hills National Forest is one of the most visited and appreciated wild places in South Dakota.

Within the Black Hills National Forest, the popular Black Elk Trail to Black Elk Peak leads hikers to the highest natural point in South Dakota. The trail is 3.5 miles long, gains 1,100 feet in elevation, and begins at 6,200 feet.

Encompassing 71,000 acres in the Black Hills, Custer State Park is home to a herd of 1,500 free-roaming bison and was named one of the World’s Top 10 Wildlife Destinations. Aside from an abundance of wildlife, Custer State Park is a popular area for its unique granite peaks, hiking trails, and three scenic drives – Iron Mountain Road, Wildlife Loop, and Needles Highway.

Located in the midst of the Northern Great Plains, Badlands National Park is one of the largest protected mixed-grass prairies in the United States and the world’s richest fossil beds. With 244,000 acres to explore, the Badlands offer a variety of outdoor recreation opportunities and scenic drives to enjoy, like the Badlands Highway 240 Loop Road.

Custer, South Dakota is the oldest city in the Black Hills and is known for its proximity to iconic South Dakota destinations like Crazy Horse Memorial, Custer State Park, Badlands National Park, and Mount Rushmore National Memorial. In addition to its proximity to top attractions, Custer offers a variety of lodging, restaurants, and special events for visitors to enjoy.

Situated within a hillside forest of pine and spruce trees along the scenic Needles Highway, Sylvan Lake Lodge overlooks the stunning Sylvan Lake and South Dakota’s most rugged landscape. The perfect accommodations for adventurers of all kinds, travelers appreciate its proximity to the Black Elk Trail and other favorite hiking trails in the Black Hills. 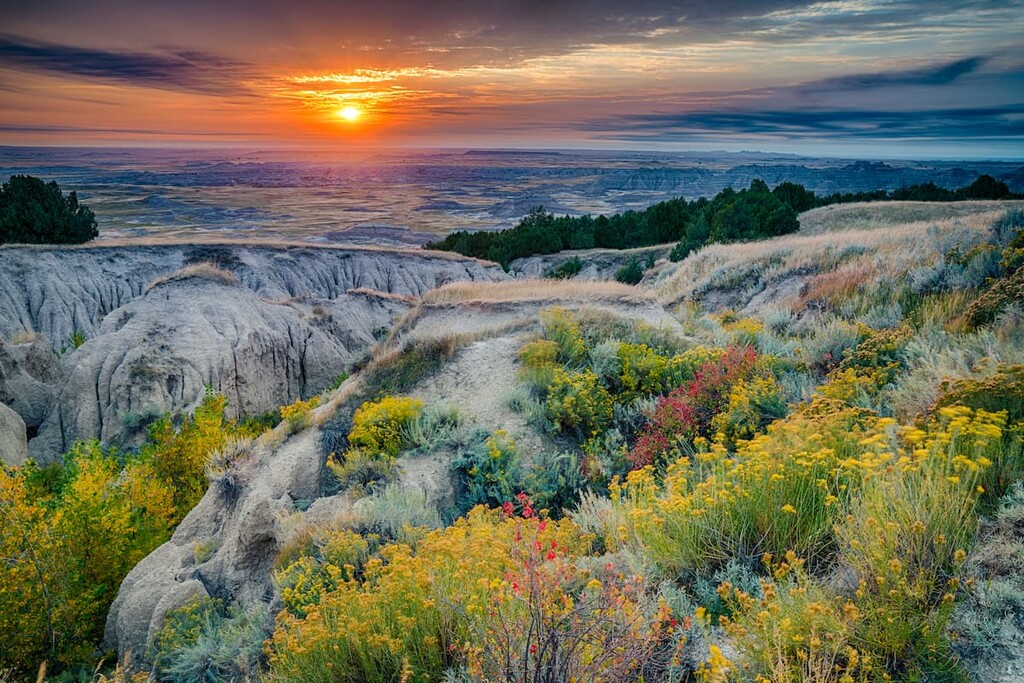 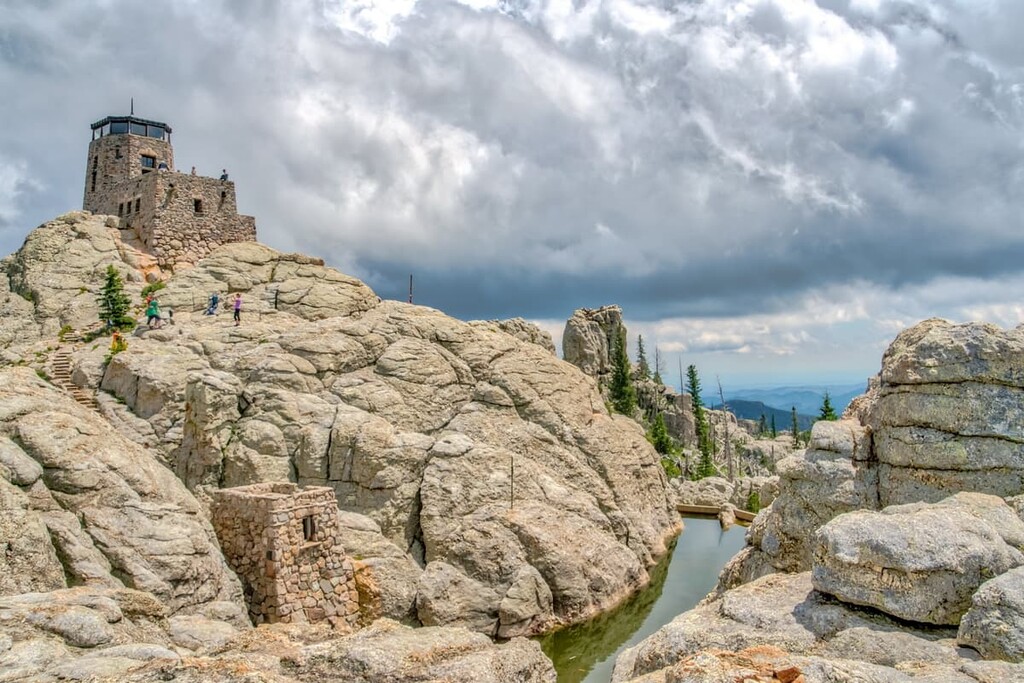 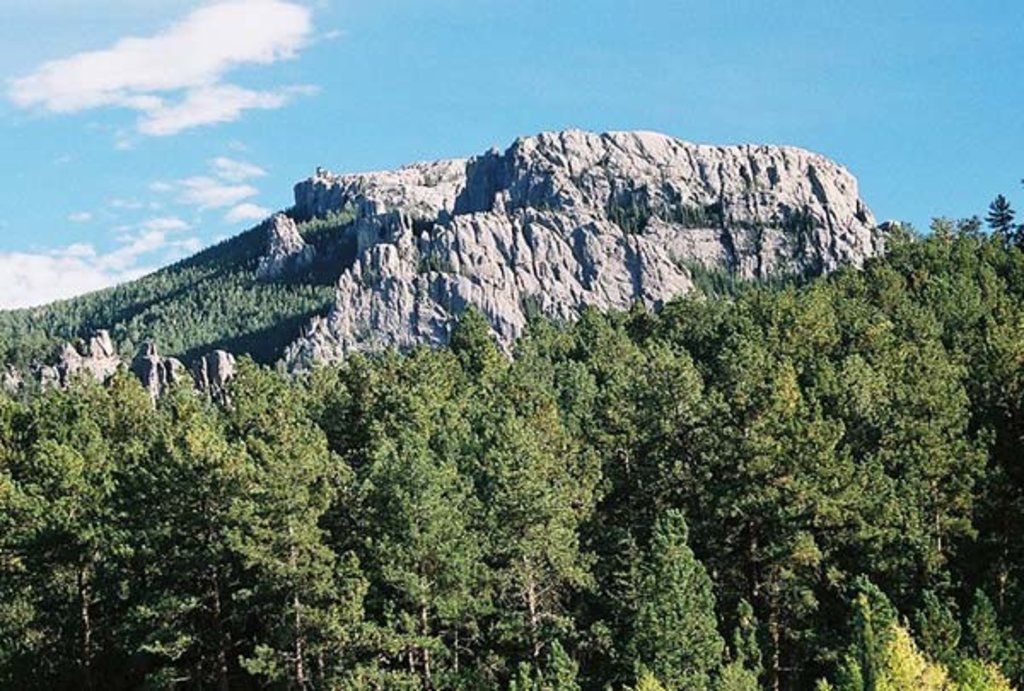 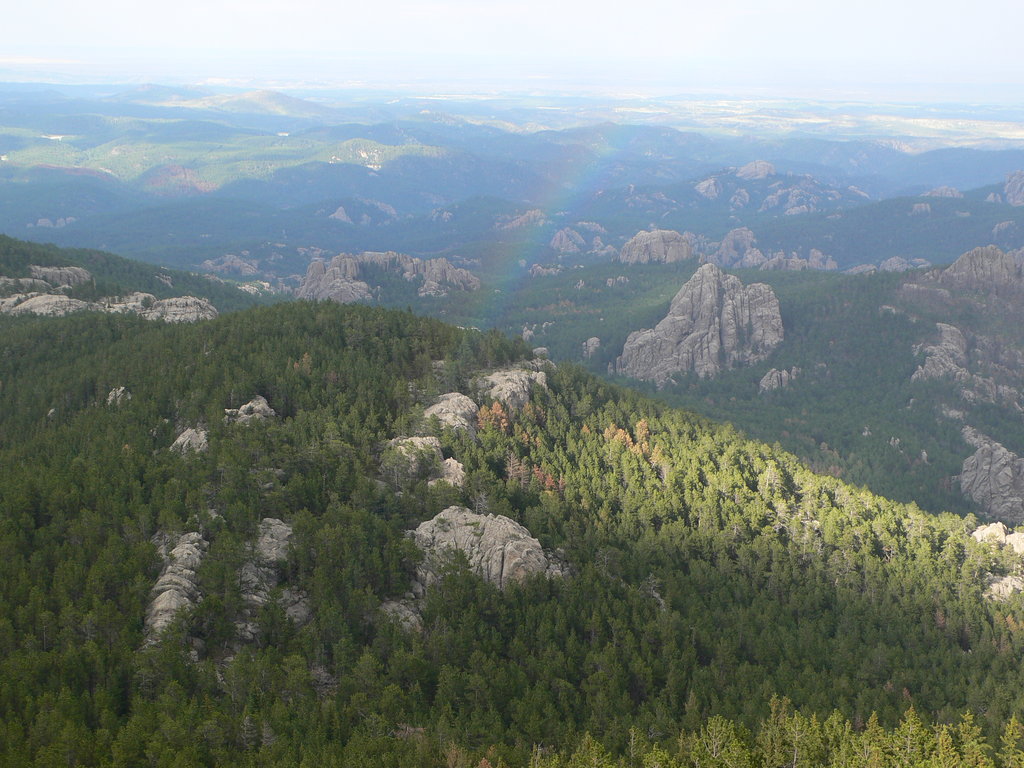 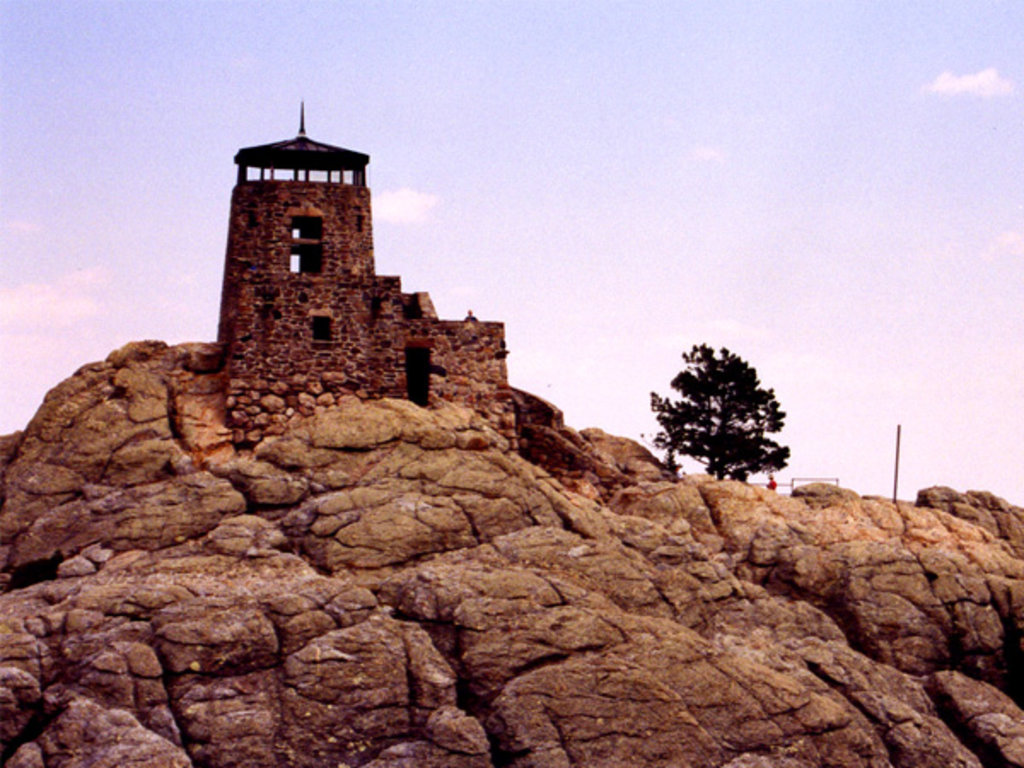 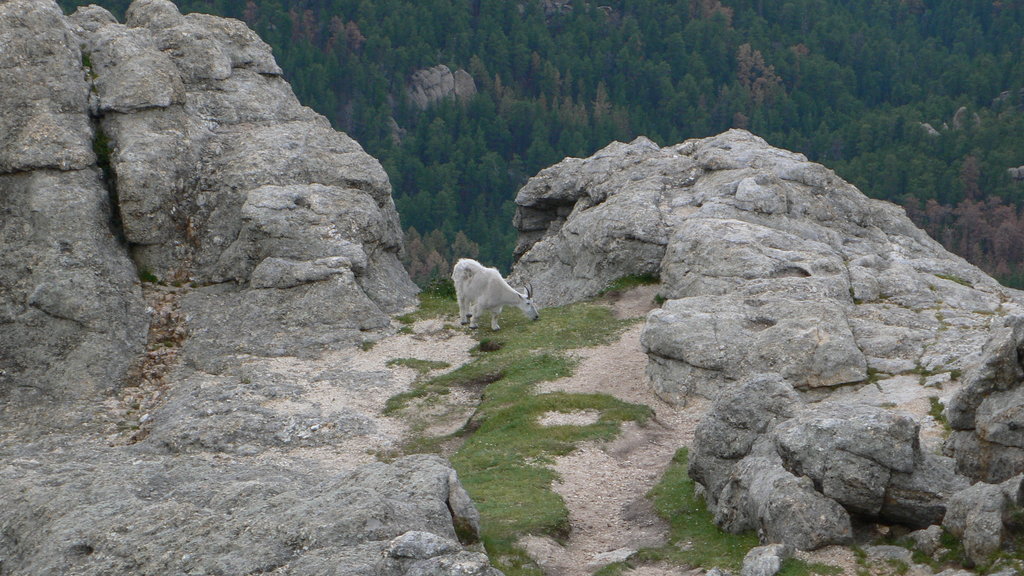 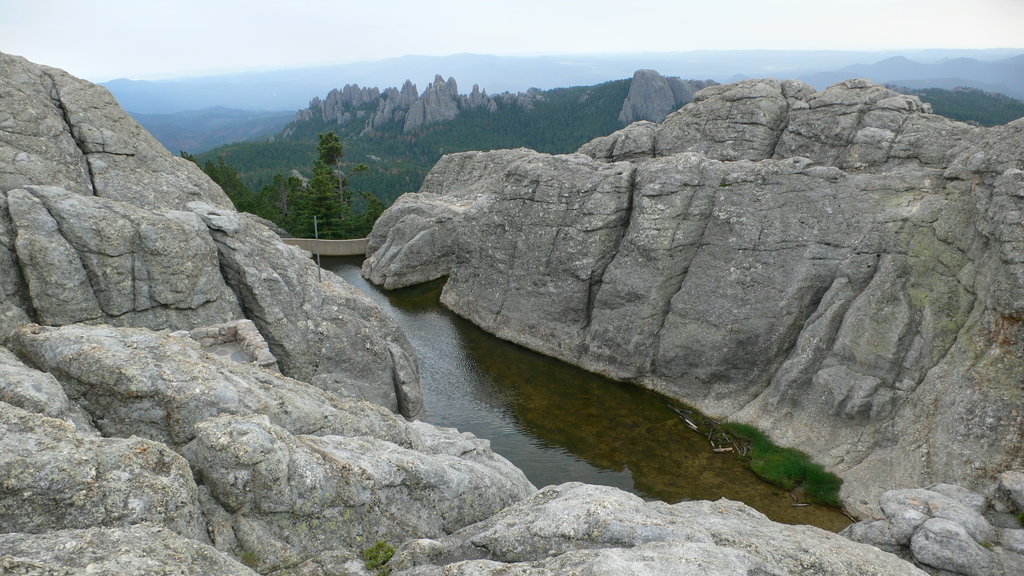 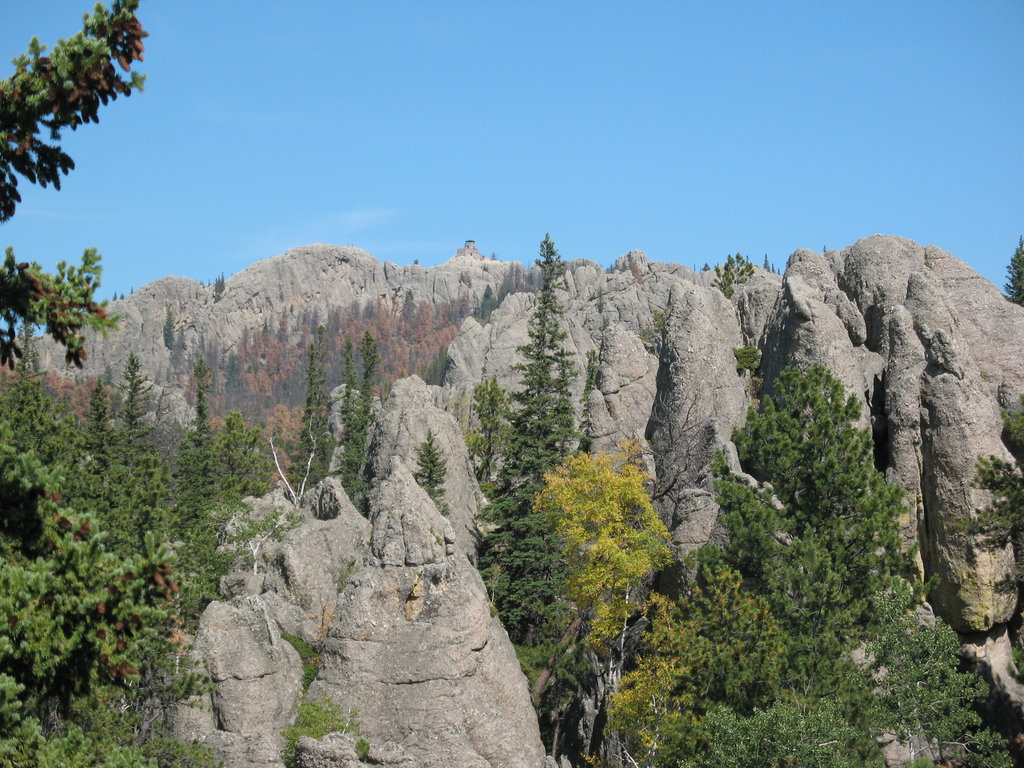