With steep canyons, sprawling alpine plateaus, and rugged ridges, the Gallatin Range is a veritable mountain playground located in the southwestern part of the US state of Montana and the northwestern region of Wyoming. The range contains 105 named mountains, the highest and most prominent of which is Electric Peak (10,965ft/3,342m). 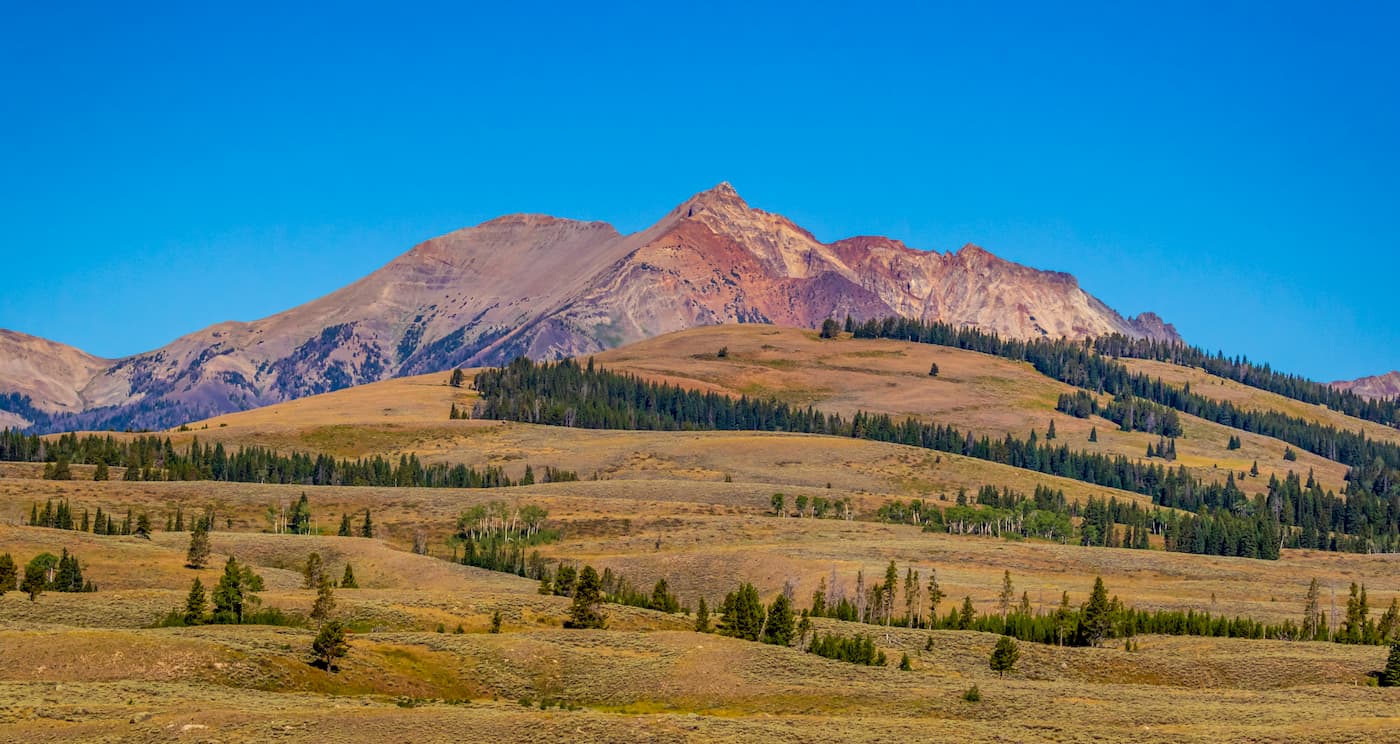 Known for its dramatic scenery and fantastic flora and fauna, the 75 mile (121km) long and 20 mile (32km) wide Gallatin Range is located in southwestern Montana and northwestern Wyoming. The range is situated within Gallatin County and Park County in Montana, as well as Park County and Teton County in Wyoming

As a part of the Greater Yellowstone Rocky Mountains, the Gallatin Range is located in a highly mountainous part of Montana and Wyoming. Indeed, it is surrounded by other mountain ranges and public lands, including the Absaroka Range, the Beartooth Mountains, the North Absaroka Wilderness Area, and the Absaroka-Beartooth Wilderness Area to the east.

Meanwhile, the Madison Range, the Tobacco Root Mountains, the Gravelly Range, the Henryslake Mountains, the Beaverhead-Deerlodge National Forest, and the Lee Metcalf Wilderness Area are all located to the west of the Gallatin Range.

Finally, the Big Belt Mountains, the Little Belt Mountains, and the Crazy Mountains form the range's northern border while the Teton Range, the Elkhorn Mountains (Idaho), Grand Teton National Park, the Caribou-Targhee National Forest, and the Teton Wilderness Area are all situated to the south.

A subrange of the Greater Yellowstone Rocky Mountains, the Gallatin Range has a unique geologic history that sets it apart from its equally lofty neighbors, such as the Absaroka Range to the east and the Teton Range to the south.

In particular, the Gallatin range is mostly composed of a core of Archean aged gneisses, which date back some 3.8 to 2.7 billion years. However, these ancient rocks are overlain by a series of Paleozoic and Mesozoic age sedimentary rocks, which are predominately limestones, shales, and sandstones.

Within these sedimentary layers are widespread igneous intrusions and ancient lava flows, mostly of the andesitic type, though precise mineral compositions vary from region to region. Indeed, much of the most rugged parts of the Gallatin Range are actually carved out from Eocene epoch volcanic rocks, which formed during a period of increased volcanism some 45 million years ago.

The uplift of the Gallatin Range was a long process that started alongside the uplift of many other nearby ranges, likely during the Cretaceous period, due to the collision of tectonic plates along the western edge of North America. However, much of the range owes its current shape to the glaciers that dominated the terrain during the Pleistocene, carving out many of the landforms that we see today.

Like the rest of the Greater Yellowstone Rocky Mountains, the Gallatin Range is home to an exciting array of flora and fauna. The region is renowned for its ecological diversity, which includes an abundance of different ecosystems.

Much of the range is forested at the mid to low elevations, including woodlands of aspen and Douglas fir at the lower elevations. At higher elevations, the Gallatin Range is home to mixed stands of Engelmann spruce, subalpine fir, limber pine, lodgepole pine, and whitebark pine. Meanwhile, the highest vegetated locales in the range support robust alpine ecosystems, of shrubs, grasses, and stunning wildflowers.

Wildlife is particularly abundant in the Gallatin Range and the Greater Yellowstone Rocky Mountains. The range is an especially good place to visit if you're looking to see elk, which migrate through the area to and from Yellowstone National Park.

Moreover, the Gallatin Range is home to one particularly fascinating ancient ecological area: the Gallatin Petrified Forest in the western part of the range.

Technically speaking, the petrified forest is fossilized, so perhaps it's best discussed in terms of the range's geology, but its status as an ancient forest warrants its inclusion within the scope of the region's ecology.

Many of these trees remained upright, even after being buried under thousands of feet of volcanic debris. After being buried, these trees and their associated cones, needles, and leaves fossilized. This process of fossilization perfectly preserved the forests, so much so that they're still recognizable today.

The human history of the Gallatin Range and the surrounding region dates back at least 10,000 years. Indeed, humans have long lived in the region, and many groups consider the range to be part of their ancestral homelands, including the Cheyenne, the Confederated Salish and Kootenai Tribes, the Apsaalooké (Crow), and the Shoshone-Bannock, among others.

During their travels, the Lewis and Clark Expedition in the early 1800s passed by the northern crest of the Gallatin Range as they returned home from Oregon. Fur trappers from various European countries also likely frequented the range during the 18th and 19th centuries.

The southernmost part of the range was protected as part of Yellowstone National Park, which became the first US National Park after being signed into law in 1872. Meanwhile, the Gallatin National Forest became one of the first National Forests in the US, having been officially designated in 1899.

Both the mountain range and the national forest get their English-language names from Albert Gallatin, a Swiss-born American who later became a US representative, senator, and the longest-serving Secretary of the Treasury in US history. He also had an interest in Indigenous languages, which led him to author a number of books on the subject.

The Gallatin Range is located primarily within 2 large areas of public land: the Custer-Gallatin National Forest and Yellowstone National Park, both of which offer exceptional hiking opportunities. Here are some of the best places to check out in each area.

Located in southewestern Montana, along the state's border with Wyoming, the Custer-Gallatin National Forest is a popular outdoor recreation area. It contains 137 named mountains, the highest and most prominent of which is Crazy Peak in the Crazy Mountains.

The forest is home to the northernmost part of the Gallatin Range, as well as parts of the Big Belt Mountains, the Crazy Mountains, the Absaroka Range, and the Madison Range.

There are plenty of excellent hiking trails within the Custer-Gallatin National Forest, including adventures up Hyalite Peak, Mount Ellis, Sky Rim, the Gallatin Crest Trail, and the Triple Tree Trail.

A crown jewel in the US National Park Service, Yellowstone National Park is northwestern Wyoming is the oldest national park in the country. The northern part of the park includes the southern part of the Gallatin Range, though the entire park contains 159 named mountains, the highest of which is Mount Schurz of the Absaroka Range, and the most prominent of which is Electric Peak of the Gallatin Range.

While many people venture into Yellowstone to see its bubbling geysers and abundant wildlife, the mountains of the park are just as spectacular. In fact, Yellowstone's section of the Gallatin Range is home to home particularly popular hiking areas.

Popular adventures in this part of the range include hikes to Electric Peak, Sepulcher Mountain, Bunsen Peak, and Bighorn Pass. Some of the most commonly used trails include the Fawn Pass Trail, the Fan Creek Trail, the Skyline Trail, and the Glen Creek Trail.

Located at the northern tip of the Gallatin Range, the city of Bozeman is home to nearly 50,000 residents, which makes it the fourth largest city in the state. It is a popular destination for outdoor activity, thanks to its proximity to excellent hiking, climbing, and skiing locales.

Bozeman is easy to access by road, as it's located along I-90 and is close to I-15. The city has an international airport - Bozeman Yellowstone International Airport - which happens to be the busiest in the state.

Aptly named, the town of West Yellowstone is located to the west of Yellowstone National Park and the southern part of the Gallatin Range. The town is home to about 1,200 people and it is a well-known destination for anyone visiting the national park.

The city of Cody, Wyoming has approximately 9,500 residents, which makes it a major population center in the northwestern part of the state. Cody's economy is mostly driven by tourism, thanks to its proximity to Yellowstone National park and other world-class hiking, climbing, and white water rafting destinations.

Cody is located along a number of state and federal highways, which connect it to the surrounding region. There is intercity bus service from Cody, offering connections to Jackson, Billings, and other smaller locations. Finally, Cody does an airport (Yellowstone Regional), which has regular service to Salt Lake City and Denver.

Although it is located well south of the Gallatin Range, the city of Jackson, Wyoming is a world-renowned outdoor recreation destination. The city is located on the outskirts of Grand Teton National Park and Yellowstone National Park, which makes it an excellent place to start any adventure in the area.

Jackson is home to about 9,500 people and it is a major cultural center for the region. In fact, the Jackson Hole Airport is the busiest in the state of Wyoming, offering regular flights to major cities around the United States. 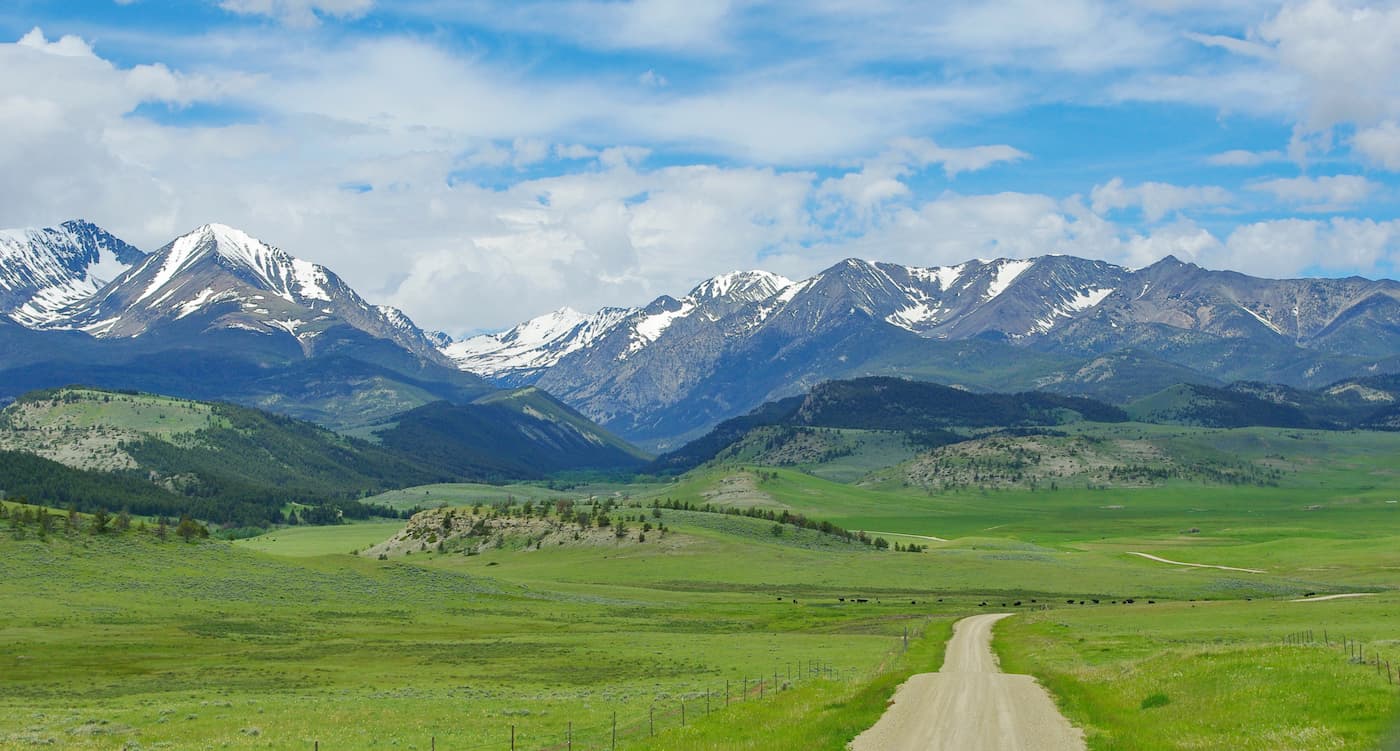 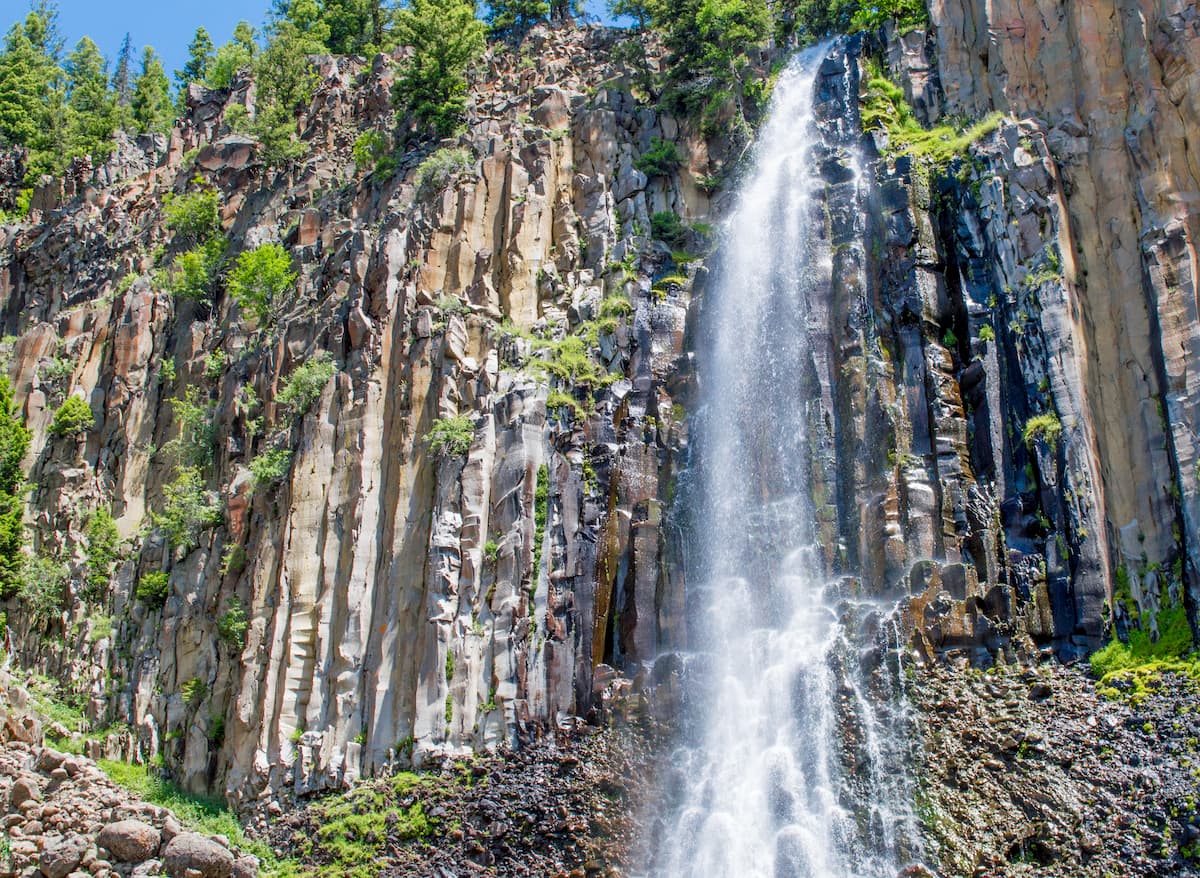 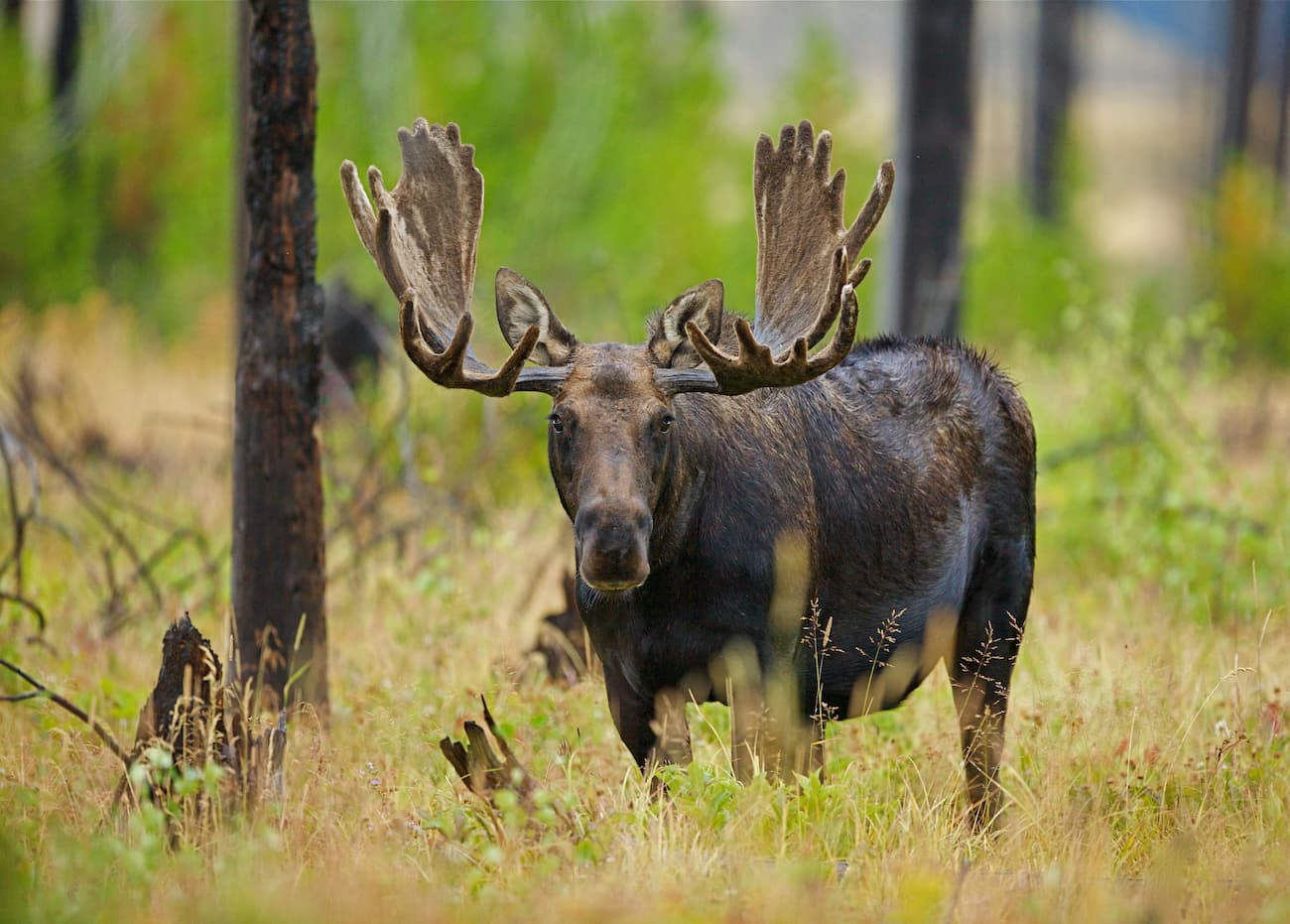 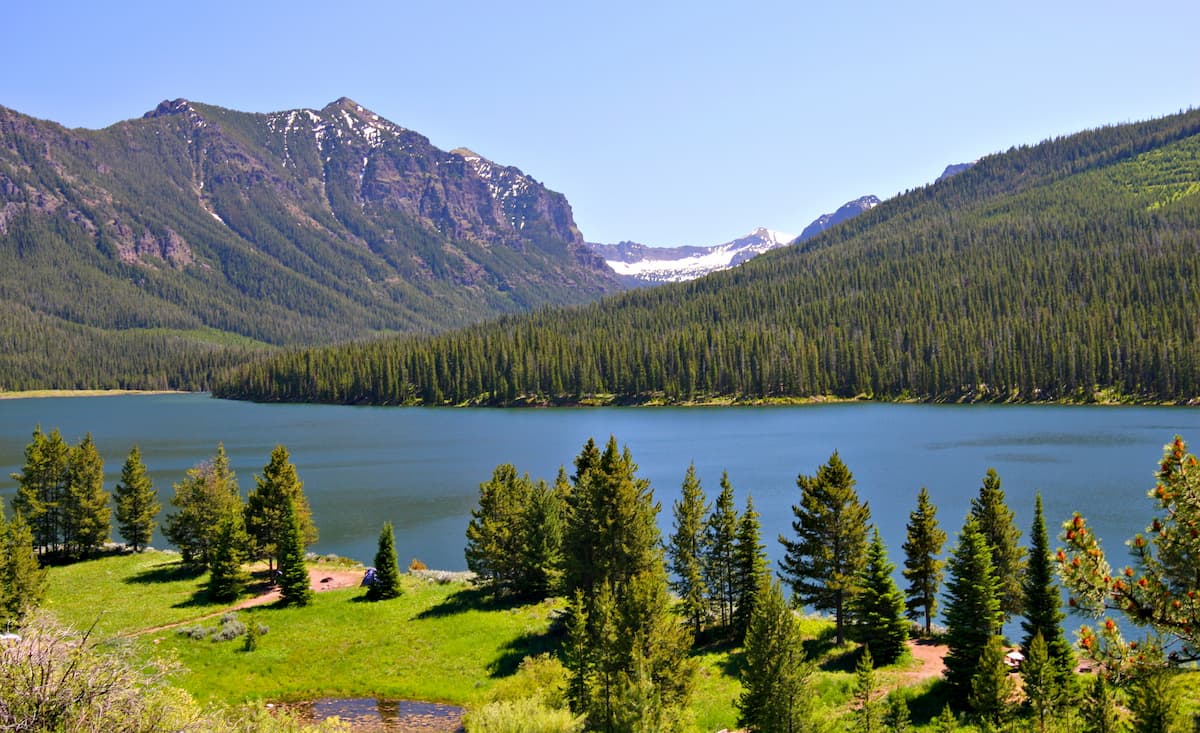 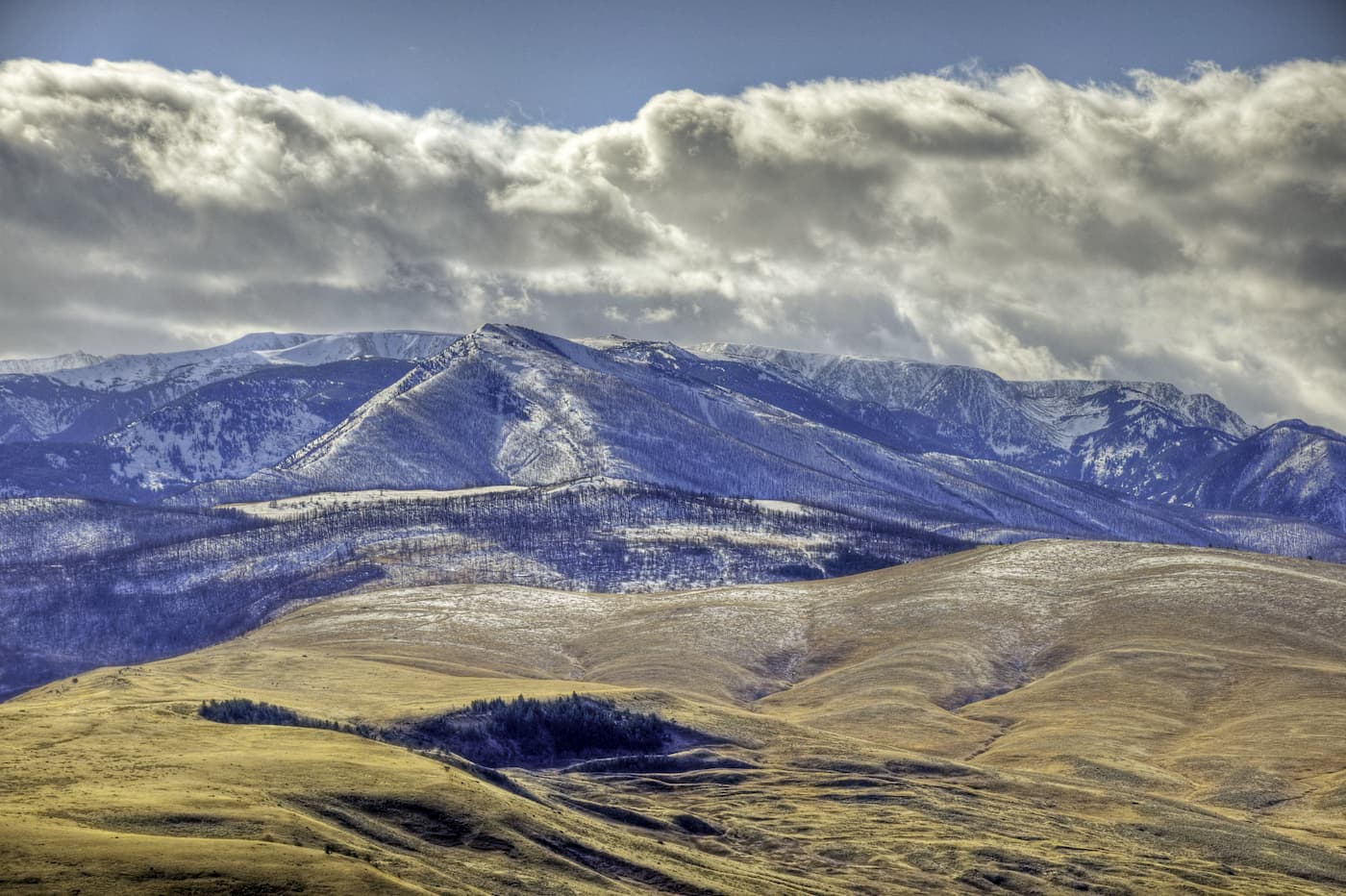 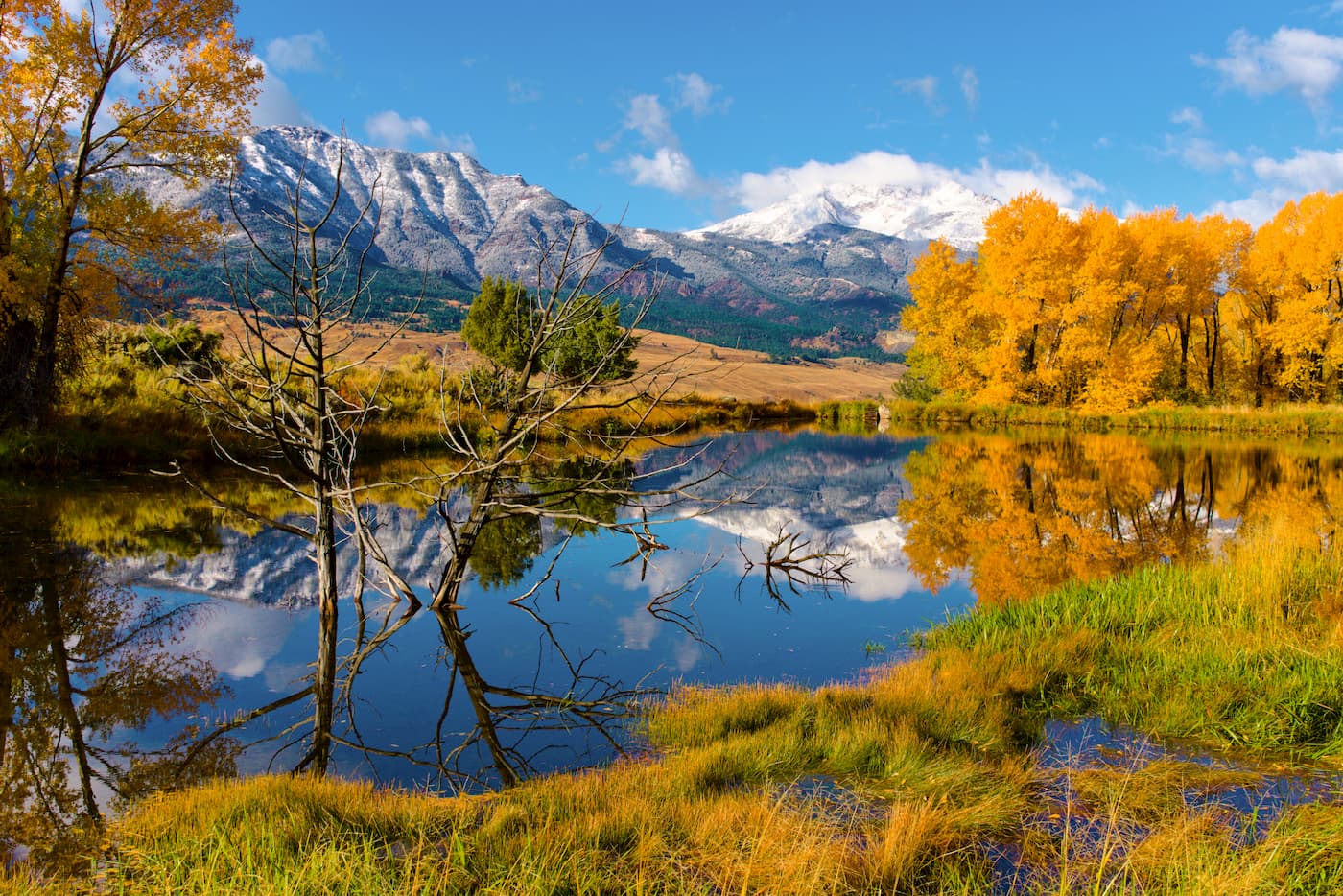