Situated in the south-westernmost corner of the US state of Montana and along the northeastern border of Idaho, the Madison Range is a collection of 47 named mountains, the highest and most prominent of which is Hilgard Peak (11,302ft/3,445m). The Madison Range is a subsection of the Greater Yellowstone Rocky Mountains and covers an area about 80 miles (130km) long by 25 miles (40km) wide. 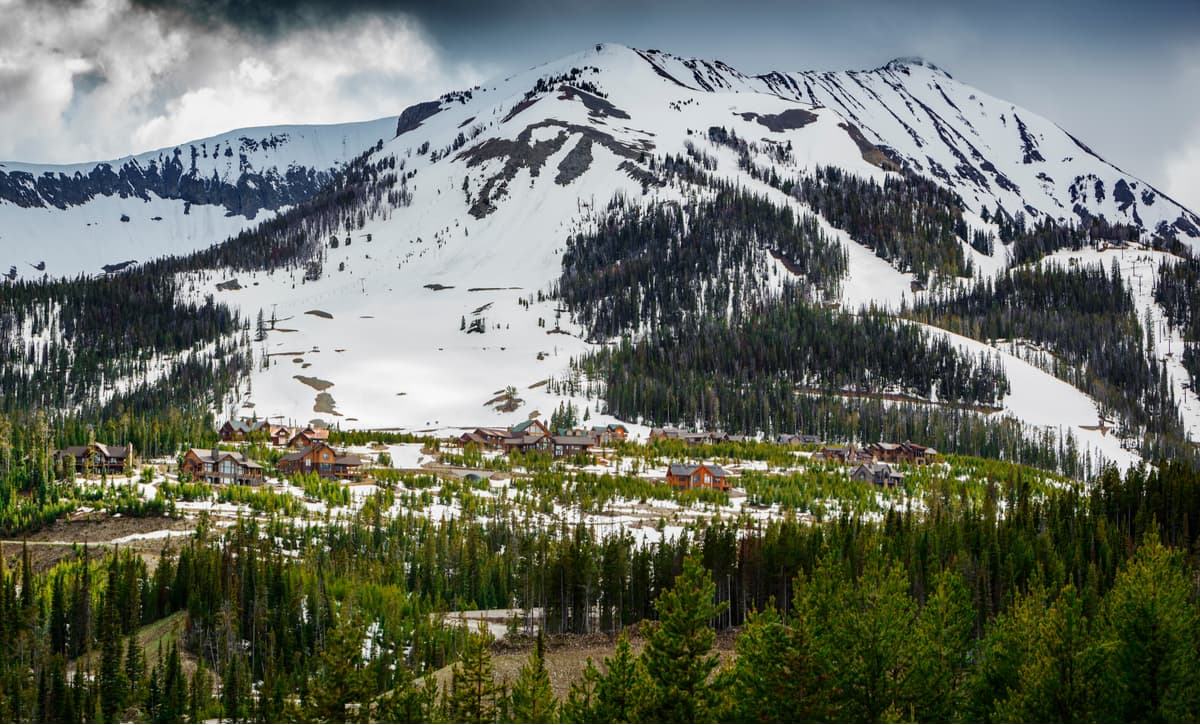 The Madison Range is located in a very mountainous section of Montana. It is bordered to the east by the Gallatin Range, to the south by the Absaroka Range, to the west by the Gravelly Range, and to the north by the Tobacco Root Mountains. The range extends from approximately Bozeman, Montana to the town of West Yellowstone, Montana, with the Madison River to the west and the Gallatin River to the east.

Interestingly, the Madison Range is considered part of the westernmost edge of the Greater Yellowstone Ecosystem, or GYE. The GYE is unique because it is believed to be one of the only remaining intact ecosystems in the temperate zone of the Northern Hemisphere. Covering an area of some 18 million acres, the GYE is home to an abundance of flora and fauna, whose relationships with each other are inextricably linked.

The Madison Range is located just west of the boundary of Yellowstone National Park, which is home to some of the GYE’s most unique geological and biological features, such as the Yellowstone Hot Springs. However, the ecological diversity found within the GYE extends throughout the Madison Range, providing visitors with a fantastic chance to see a wide array of rare and protected wildlife, such as wolves and grizzly bears.

The range was given its English name by the Lewis and Clark Expedition as they made their way through what was to become the state of Montana in 1805. The duo chose to name the range after the then-US Secretary of State, James Madison, who later became the fourth president of the United States.

However, the Lewis and Clark expedition was far from the first to visit the range. Over 26 current native tribes and nations, along with countless others, have a historic connection to the lands and resources in and around the region of Yellowstone National Park, including the Madison Range. These include the Eastern Shoshone, the Blackfeet, the Coeur d'Alene, and the Crow, who consider the Madison Range and the surrounding region to be their ancestral homelands.

These days, much of the Madison Range is managed as part of the Beaverhead-Deerlodge National Forest and the Gallatin National Forest. A significant amount of the Madison Range is also located within the Lee Metcalf Wilderness Area, which is home to some of the tallest peaks in the range, including Hilgard Peak, Taylor Peaks, Echo Peak, and Imp Peak.

The Lee Metcalf Wilderness was created in 1983 to help protect the GYE within the Madison Range region. The Wilderness is unique in that it is split into four parcels, one of which is managed by the Bureau of Land Management (BLM), two of which are in the Beaverhead-Deerlodge and Gallatin National Forests, and the last of which is part of Yellowstone National Park.

Nowadays, the Madison Range continues to attract hikers, climbers, anglers, and other outdoor enthusiasts to the area. A vast network of trails and plentiful opportunities for off-trail travel make a trip to the Madison Range a fantastic way to enjoy the great outdoors and the unique Greater Yellowstone Ecosystem of southwestern Montana and northeastern Idaho.

The Madison Range is home to a number of great hiking areas, including:

Each of the four units in the Wilderness are slightly different, though the Spanish Peaks Unit is the most popular among visitors due to its 110 miles of hiking travels. The Monument Mountain Unit is located just to the northwest of Yellowstone and is the least frequently visited, however, it is one of the best places to see grizzly bears in their natural habitat.

Mountaineers often frequent the Taylor-Hilgard Unit in the hopes of summiting the range’s tallest mountain, Hilgard Peak. Paddlers and backpackers, however, often head to the Bear Trap Canyon Unit, where rugged canyons and cliffs tower high above the Madison River below. In the Bear Trap Canyon Unit, there are plenty of great opportunities for whitewater paddling (including the world-famous Kitchen Sink rapid), as well as some incredible alpine fishing opportunities.

Around the city of Bozeman, Montana and the nearby Big Sky Ski Resort, there are a handful of family-friendly trails that are great for a short day trip into the Madison Range. These include a network of trails in Beehive Basin, as well as a path to Dudley Creek, which provides great views and few other hikers for a true wilderness experience.

Planning a trip to the Madison Range? Here are some of the major cities and towns in the region:

Located at the northern edge of the Madison Range, Bozeman, Montana is the fourth largest city in the state. Bozeman is home to almost 50,000 people and is an outdoor recreationalists’ paradise, with plenty of hiking, climbing, and skiing opportunities in the area. The city has a fairly busy airport that provides good transport links to the major cities in the Rocky Mountain region and the west coast of the United States.

Situated just to the east of the Madison Range and just west of Yellowstone National Park, West Yellowstone is a small town in Montana that’s home to just over 1,000 people. Due to its proximity to the national park, West Yellowstone is a very popular place for people to stay during their visit to the region. The small town is actually also home to a regional airport, which services some Delta/SkyWest short-haul flights to other nearby cities in the summer months.

A few hours’ drive to the northwest of the Madison Range, Butte, Montana is the fifth largest city in the state. Originally established as a mining camp in the mid-1800s, Butte is a good place to stop if you’re driving into the Madison Range from the north or the west as it’s located at the intersection between I-90 and I-15 in western Montana. 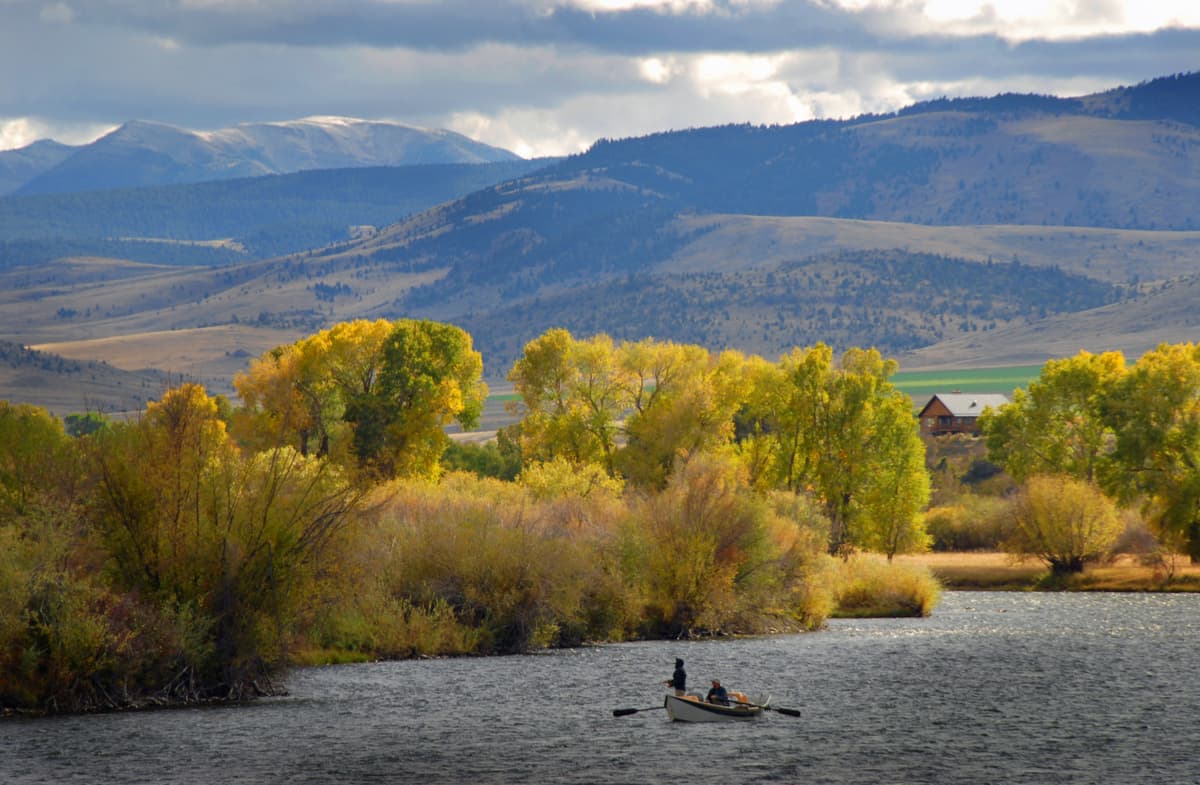 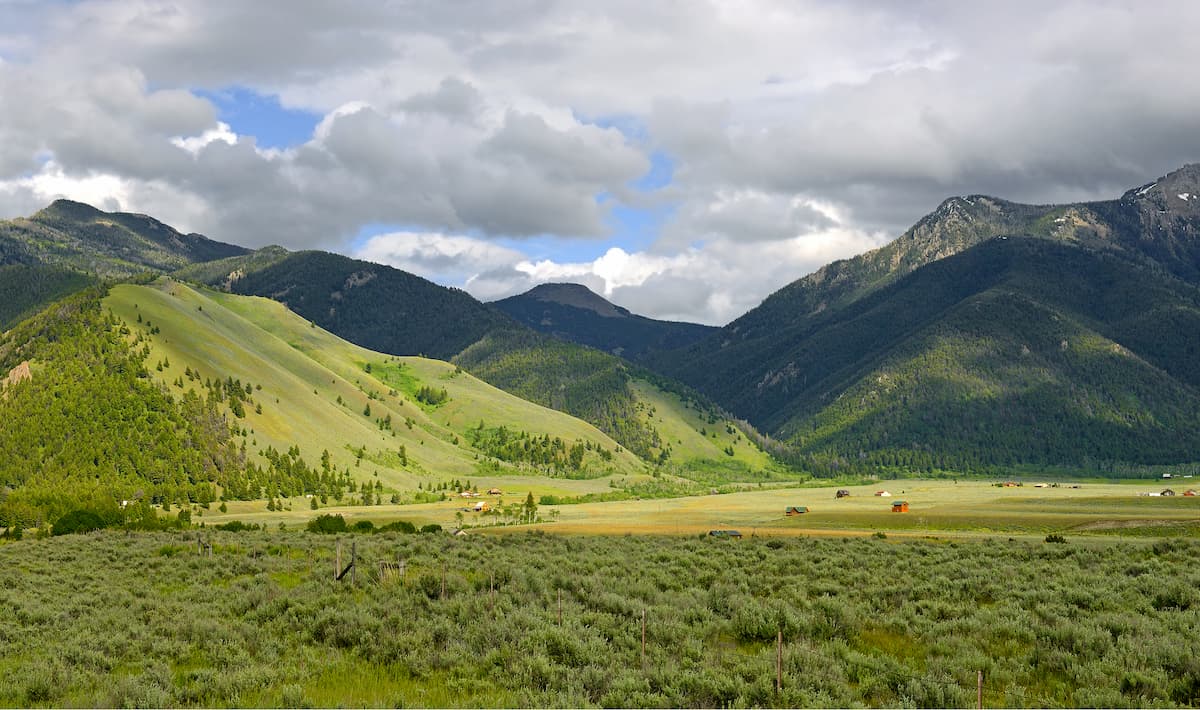 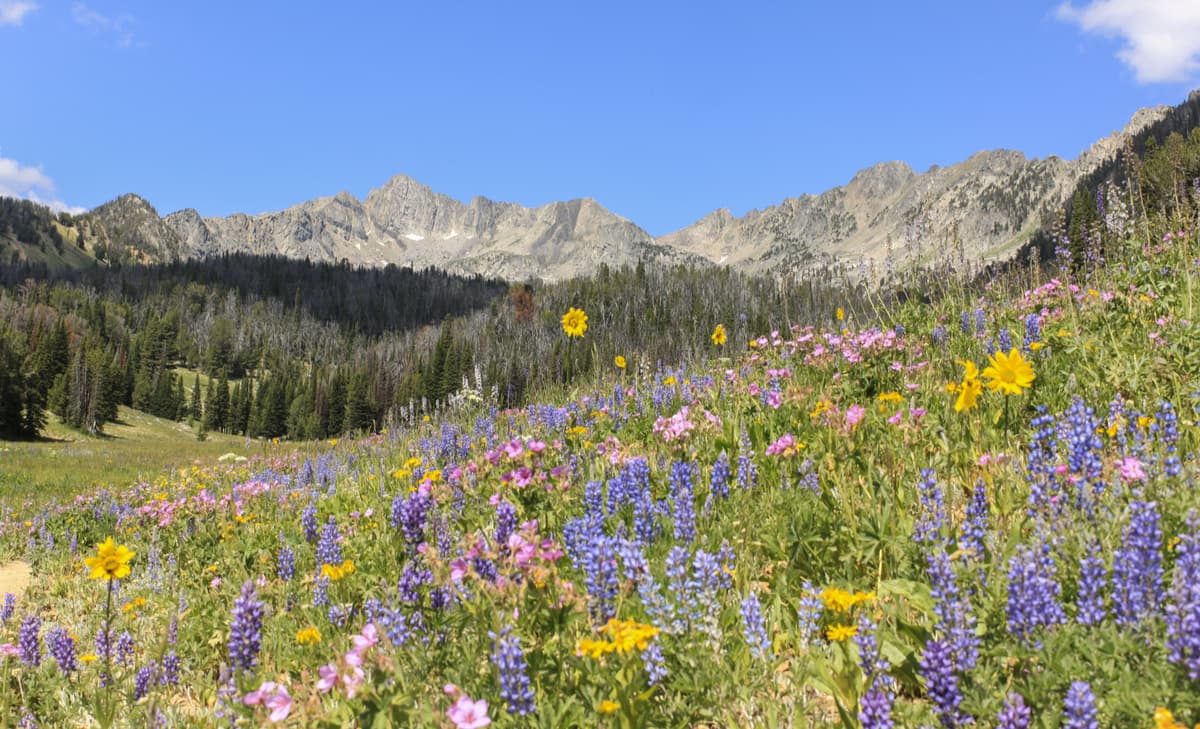 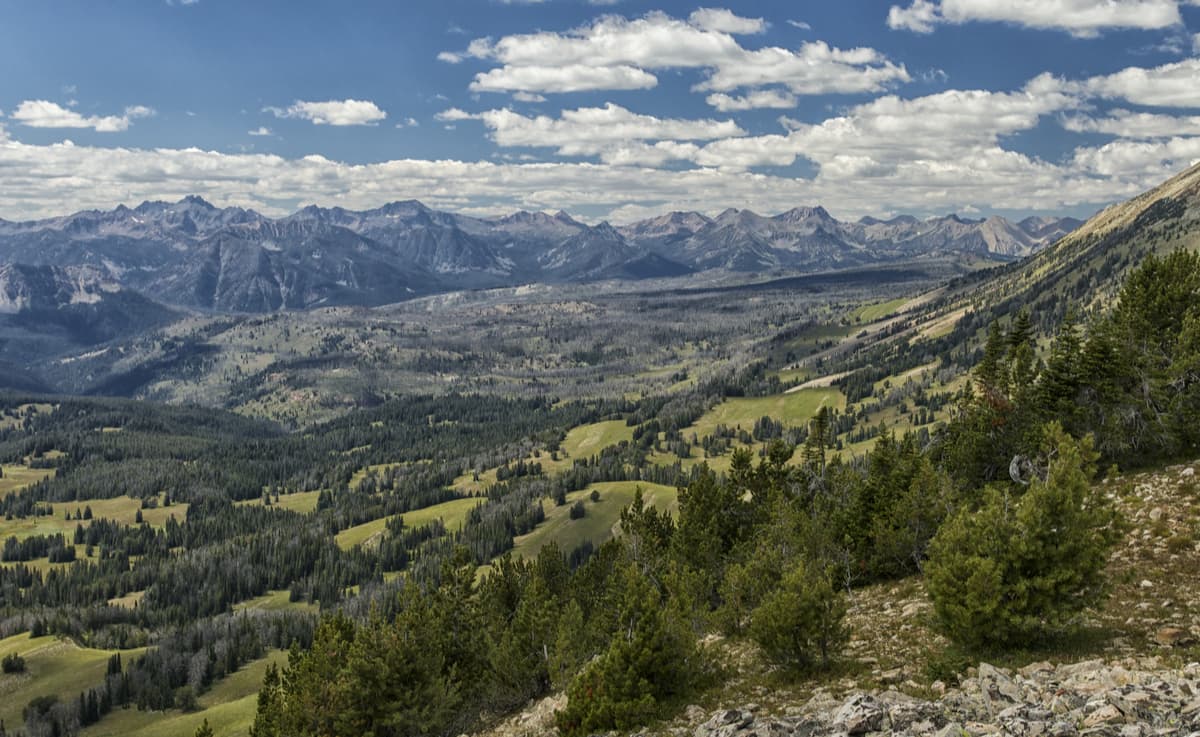 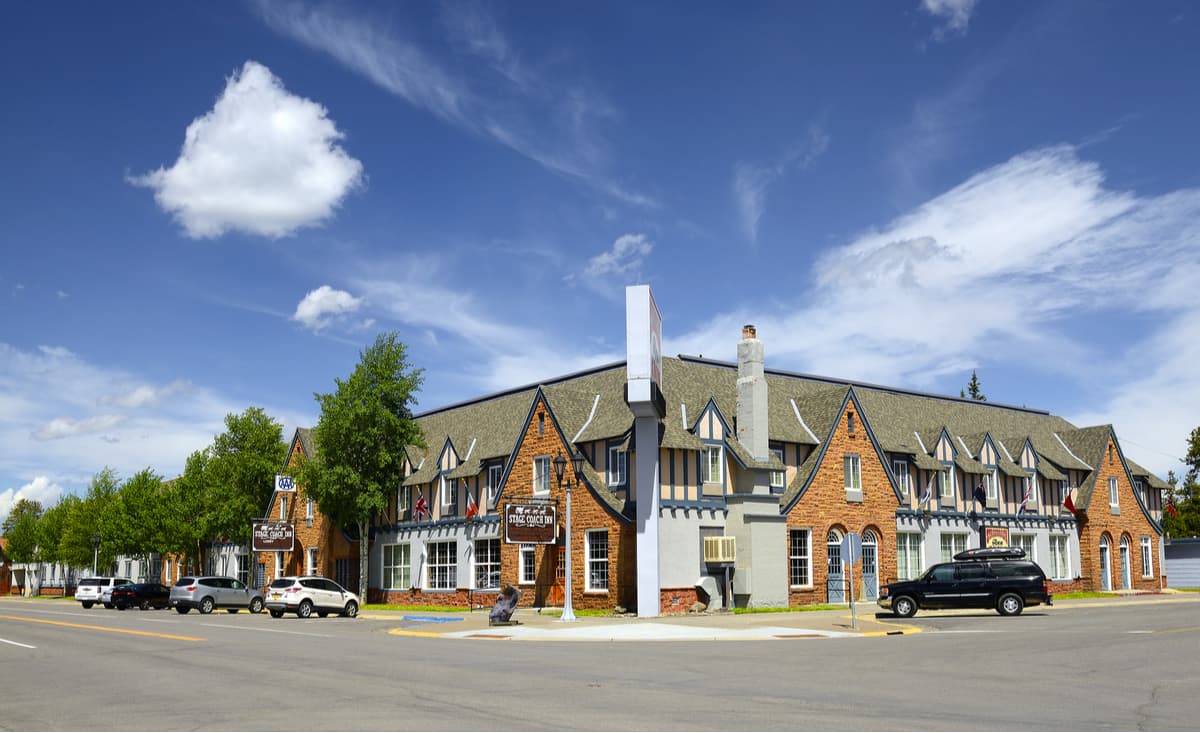 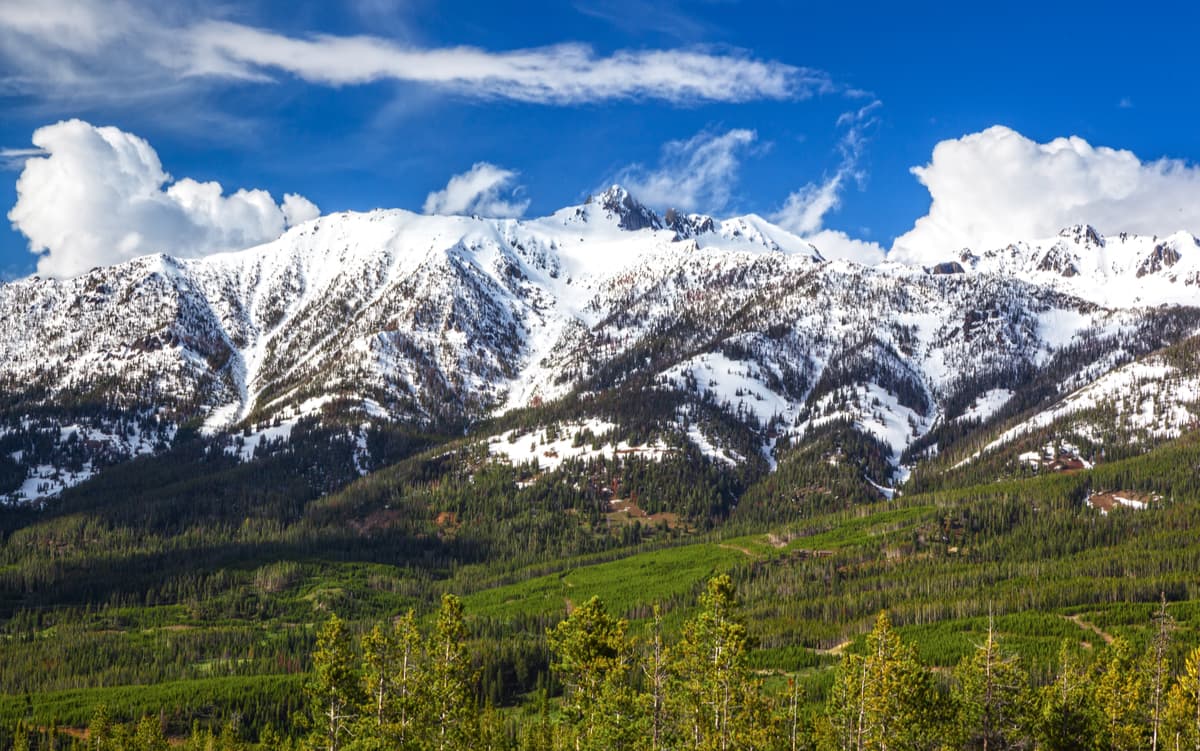