Featuring excellent vistas, spectacular rocky outcroppings, and a truly stunning scenic drive, the Gravelly Range is a collection of mountains located in the extreme southwestern part of the US state of Montana along its border with Idaho. The range contains 38 named mountains, the highest and most prominent of which is Sunset Peak (10,584ft/3,226m). 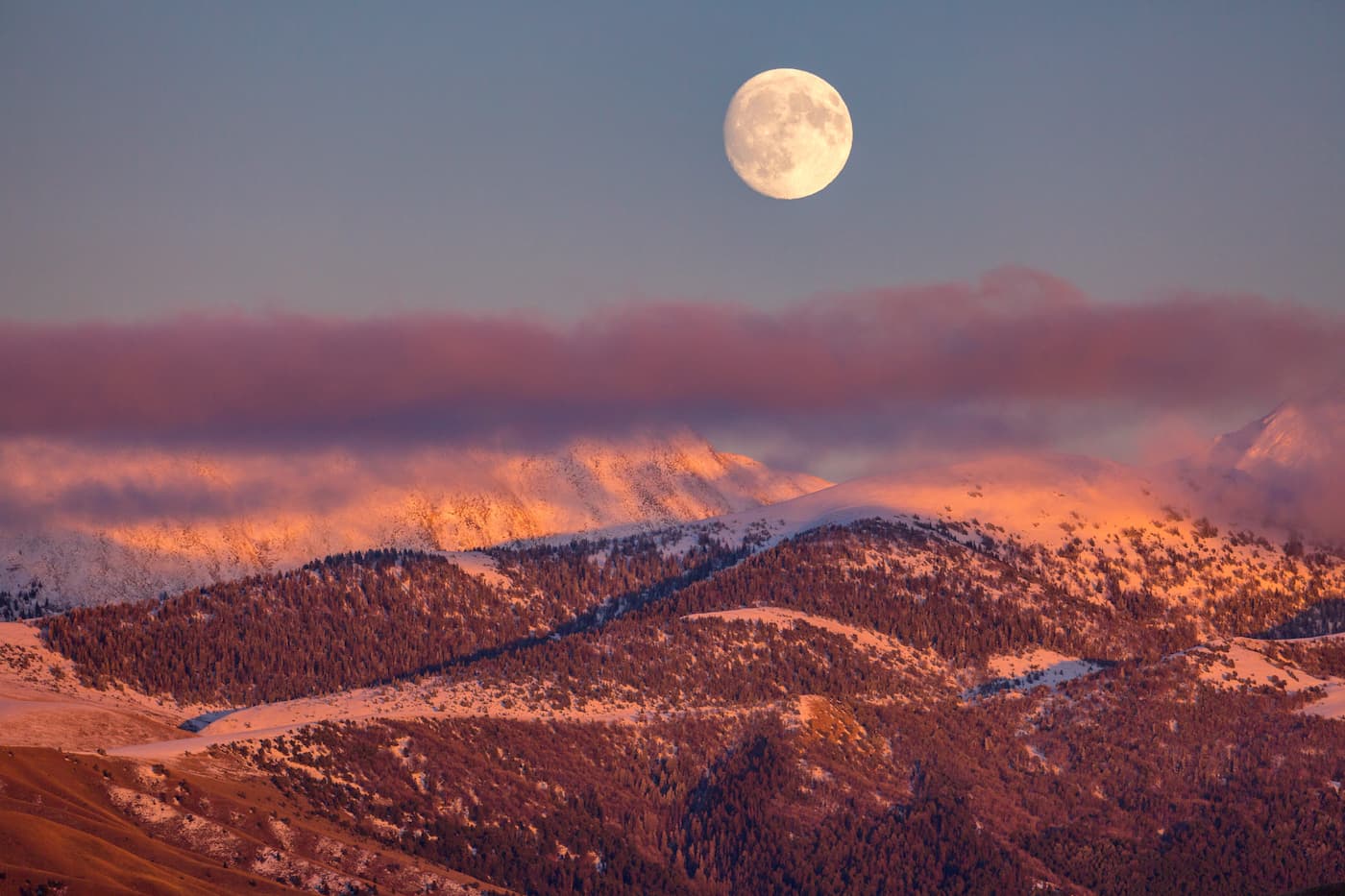 Situated in the southwestern corner of Montana, along the state's border with Idaho and near its border with Wyoming, the Gravelly Range is a small mountain range, both in geographic size and overall elevation, particularly when compared to its loftier neighbors. For the most part, the Gravelly Range is located within Madison County, though parts of it are also included as part of Beaverhead County.

The range is located within a highly mountainous part of Montana and near one of the most rugged sections of Wyoming. It is surrounded by other mountain ranges and protected areas on all sides, including the Madison Range, the Gallatin Range, and the Lee Metcalf Wilderness of the Custer-Gallatin National Forest to the east.

Finally, the Gravelly Range is situated to the northeast of Yellowstone National Park, Grand Teton National Park, the Caribou Targhee National Forest, and the Teton Range while the the Elkhorn Mountains (Idaho), the Red Rock Lakes National Wildlife Refuge, the Snake River Plain, and the Craters of the Moon National Monument are all located to the south.

Moreover, the Gravelly range is contained within a number of protected areas, including the Beaverhead-Deerlodge National Forest. Within the forest and the range, there are a handful of wilderness study and wildlife management areas, such as:

Within the Gravelly Range, the bedrock is mostly metamorphic, with both metasedimentary and meta-igneous outcroppings, including greenschists, amphibolites, and various schists, some of which date back as far as the Precambrian.

The region experienced widespread uplift and metamorphism during the Laramide orogeny during the Late Cretaceous. As a result of this uplift, the Gravelly Range started to shape, as did a long list of other ranges in and around the Rocky Mountains.

Like much of the surrounding area, the Gravelly Range is located within the Middle Rockies Ecoregion. Here, the flora and fauna are similar to other nearby areas, though a handful of unique and uncommon species can also be found in the Gravellies.

At lower elevations, the range is mostly grasslands, which give way to mixed coniferous forests at the mid elevations. The range is home to a wide array of wildflowers, including Old Man of the Mountain (Hymenoxys grandiflora), elephant's head (Pedicularis groenlandica), pygmy bitterroot (Lewisia pygmaea), shooting stars (Dodecatheon pulchellum) and low larkspur (Delphinium bicolor).

As far as wildlife goes, much of the Gravelly Range is roadless, which makes it a great refuge for animals. The range is home to pronghorns, elk, deer, moose, trumpeter swans, bald eagles, grizzly bears, tiger salamanders, and even westslope cutthroat trout.

The Gravelly Range has long been home to humans, particularly the Shoshone-Bannock and their ancestors, who have lived in the region since time immemorial.

In the 1800s, some of the first Europeans to visit the region included the Lewis and Clark Expedition, which traveled past the range on their way to Lemhi Pass, which is technically in the Beaverhead Mountains.

However, unlike other nearby ranges, such as the West Pioneer Mountains and the Tobacco Root Mountains, the Gravelly Range saw minimal mining activity during and after the 1860s, which was the start of a widespread mining boom in the state.

That being said, the Gravelly Range was heavily ranched during the late 19th and early 20th centuries. Indeed, the range is home to a large quantity of ranching-related historic sites and open range ranching is allowed in many lower elevation regions in the area on BLM land.

These days, when compared to some of the highly popular nearby ranges and outdoor recreation destinations, such as Yellowstone National Park to the east the Gravelly Range sees relatively little visitation. But, the range is home to a great collection of trails and outdoor destinations, which makes it a popular spot among locals.

Wildflower spotting, picnicking, dirt biking, horseback riding, and general sightseeing are all great activities to enjoy from this high-elevation road. Do keep in mind, though, that conditions change rapidly on the road and there are no gas stations or services along the way, so preparedness is key.

Much of the hiking in the Gravelly Range is situated around Gravelly Range Road, which offers good access to the region's official and unofficial trails.

Popular hikes include climbs up to the summit of scenic Black Butte and a wander down the Gold Butte Trail. Spelunking is also a particularly common activity around Cave Mountain.

Moreover, the range is home to a number of popular cabins, which are available for public rental if you're looking for a basecamp for a more remote adventure. These include the Black Butte Cabin, which has views of Lion Mountain, and the Axolotl Cabin, which is situated in the Axolotl Lakes Wilderness Study Area.

While the Gravelly Range is located in a remote part of Montana, it is close to some sizable cities and towns. Here are some of the best places to stay if you're visiting the region.

Bozeman is located to the northeast of the Gravelly Range. It is the fourth largest city in the state with a population of over 49,000 people and it is a major outdoor recreation destination. In fact, Bozeman is home to the busiest airport in Montana, with seasonal and year-round service to major cities around the country.

The town of West Yellowstone is home to about 1,200 residents and is situated just to the east of the range. It is a popular destination for visitors to nearby Yellowstone National Park, but its location makes it an ideal starting point for adventures in southwestern Montana.

Idaho Falls is located to the south of the Gravelly Range in, as the name suggests, Idaho. It is home to about 62,000 residents, which marks it the largest city in the state outside the Boise Metro Area.

The city is a cultural and commercial center for the region, which includes eastern Idaho, western Wyoming, and southwestern Montana. Idaho Falls' airport is also the second busiest in the state and it offers service to major cities around the western US. 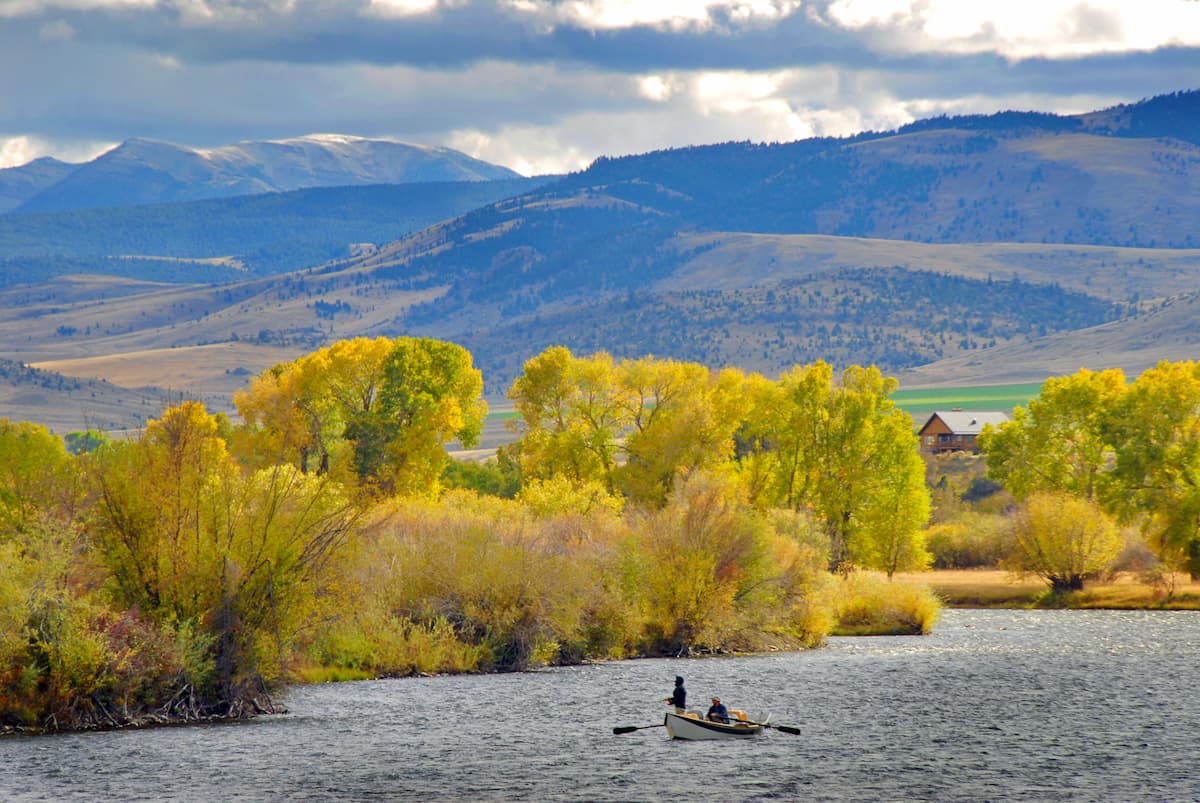 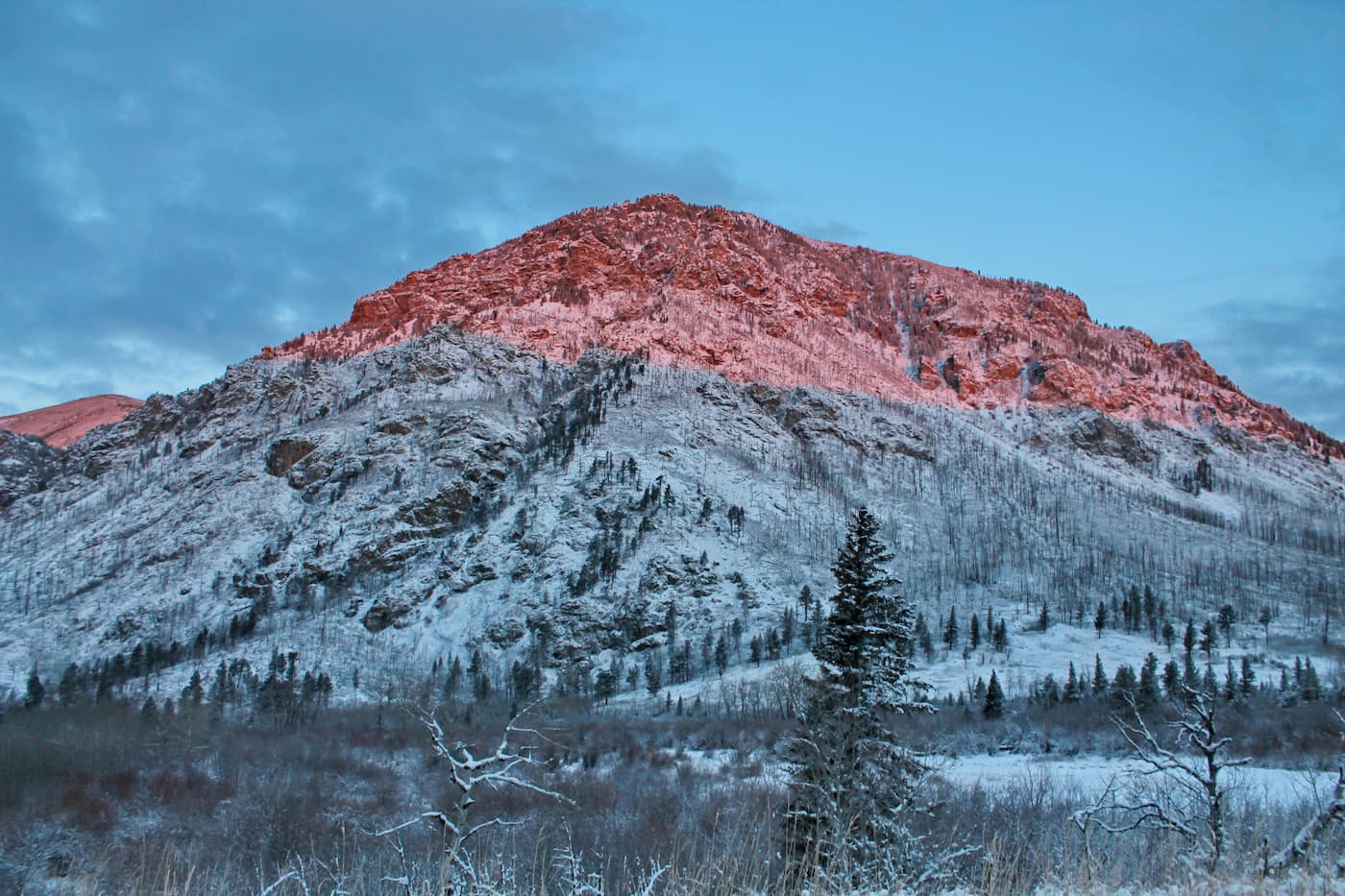 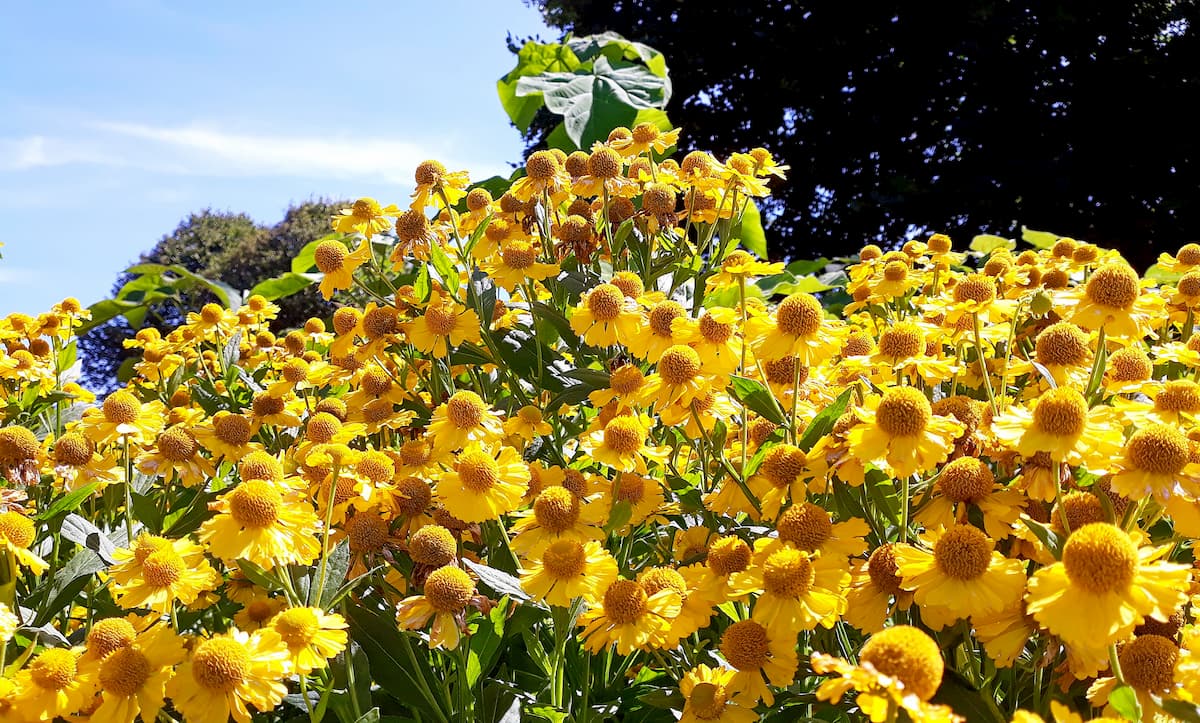 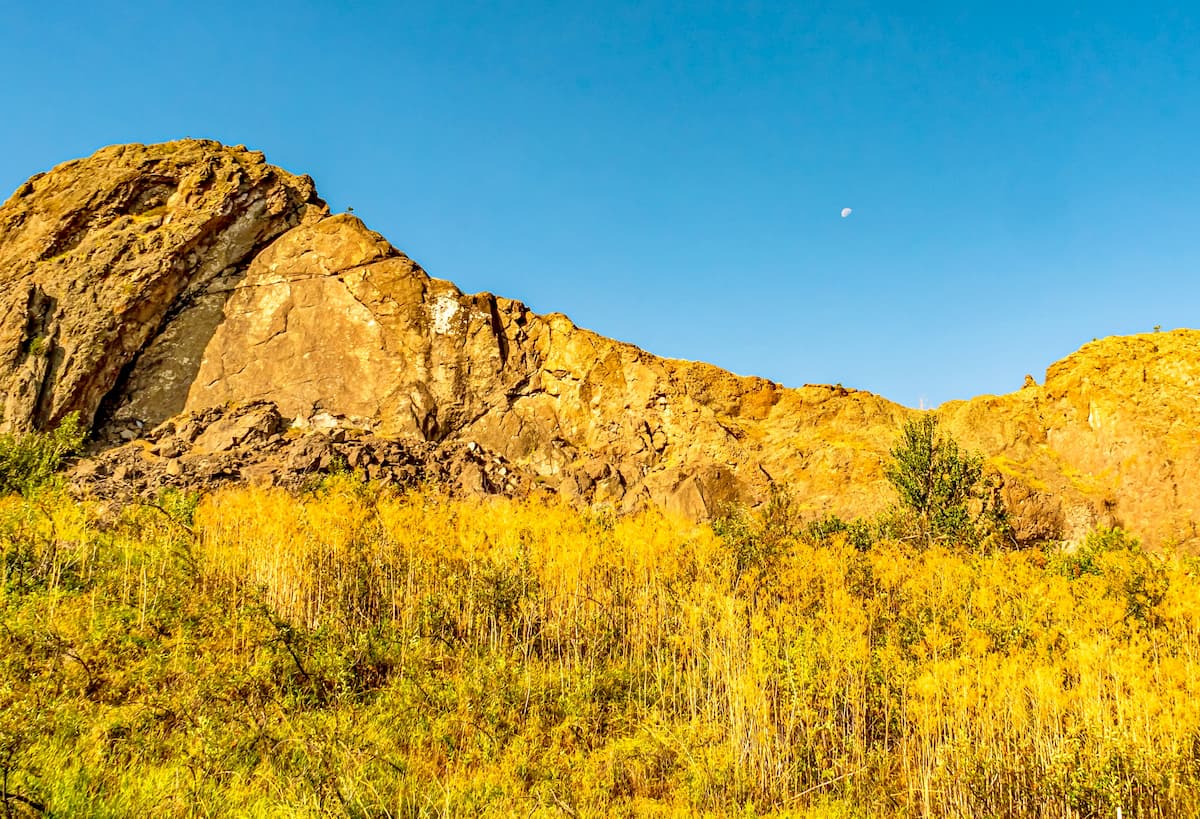 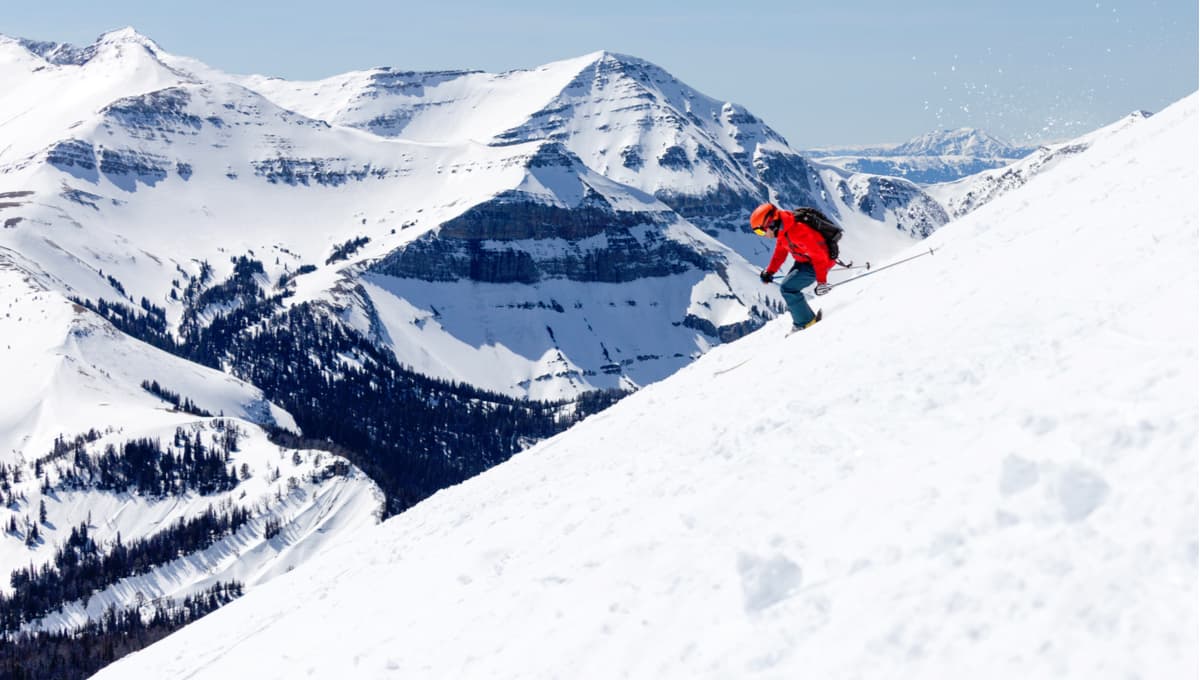 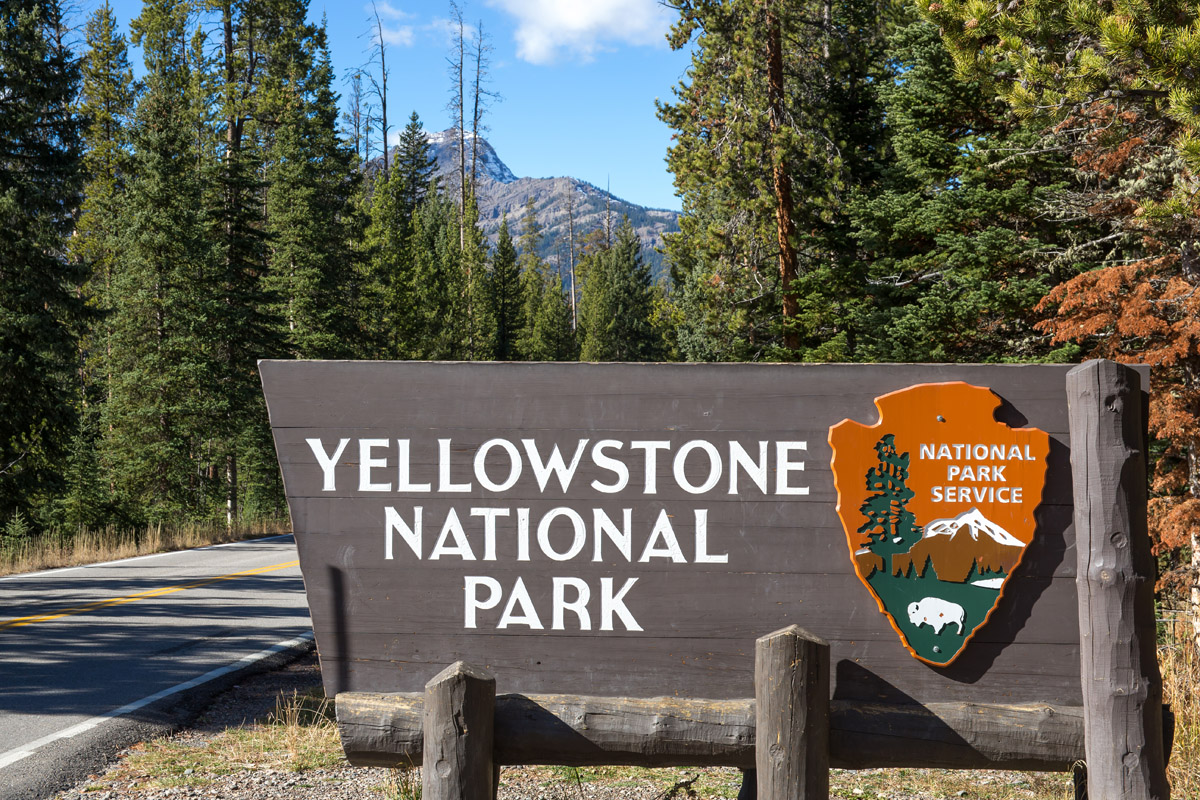