Nestled in the heart of the southwestern part of the US state of Montana, the Elkhorn Mountains are a small range of peaks known for their elk population. The range is home to 15 named mountains, the highest of which is Crow Peak (9,413ft/2,869m) and the most prominent of which is Elkhorn Peak (9,381ft/2,859m). 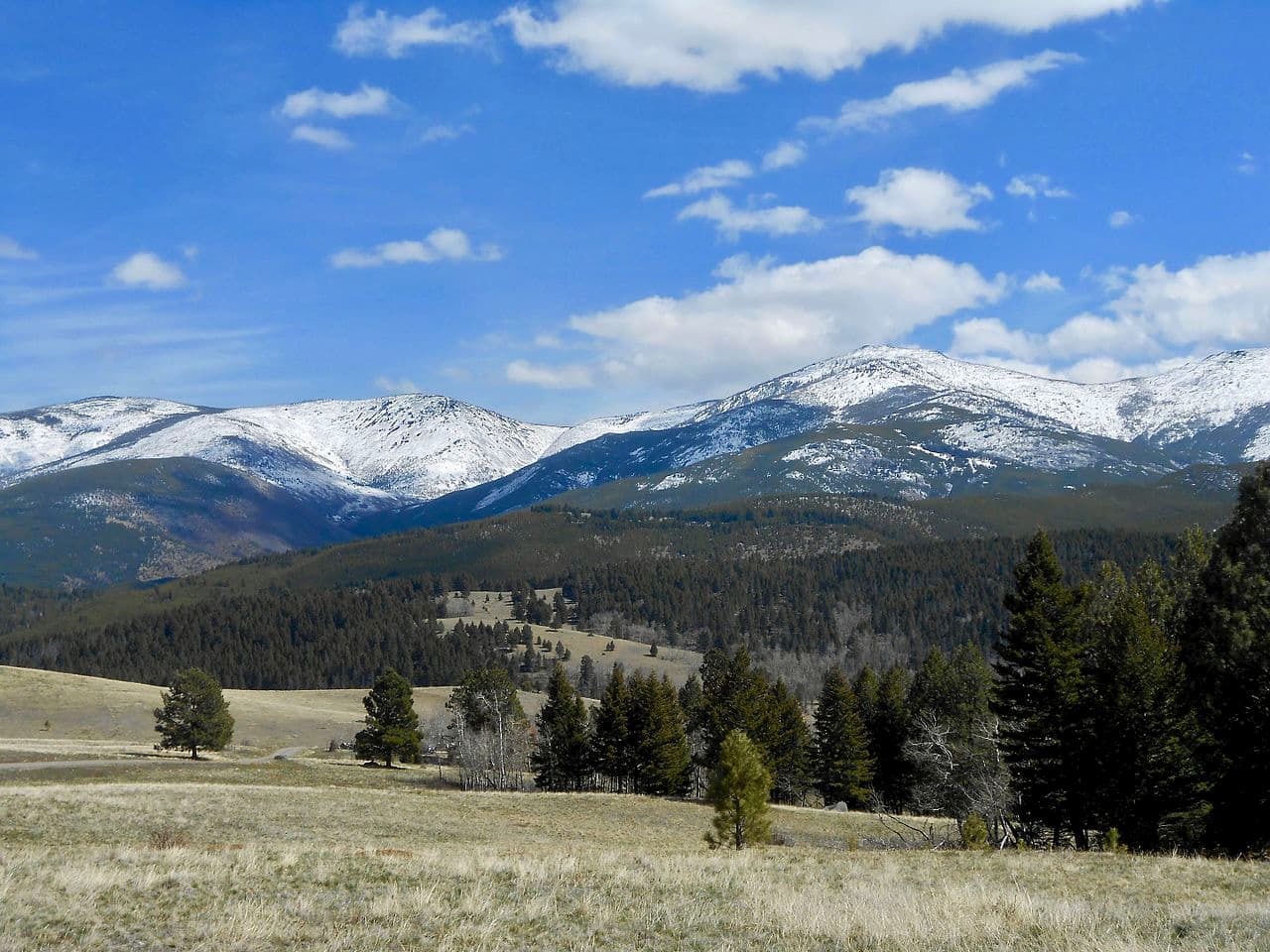 The Elkhorn Mountains cover an area of about 462 square miles (1,200 sq. km) in size within southwestern Montana. They are located just south of the city of Helena and to the northeast of the city of Butte within Jefferson County.

Geologically, the Elkhorn Mountains are part of the Central Montana Rocky Mountains, which formed mostly during the Laramide orogeny some 80-55 million years ago as the Kula and Farallon Plates subducted under the North American Plate.

This mountain building event led to the formation of ranges throughout modern-day Canada, the United States, and Mexico, with evidence of this geologic period found as far east as the Black Hills of South Dakota.

Moreover, the Elkhorn Mountains share a very similar geologic history with the nearby Boulder Mountains as they are both part of the Boulder Batholith. The Boulder Batholith is a large mass of igneous rock which solidified underground between the cities of Butte and Helena during the Late Cretaceous. Much of the rock in the area is granitic, with some outcroppings of granodiorite and monzogranite around the periphery of the region.

Interestingly, the Elkhorns are actually a range of inactive volcanoes composed of extrusive igneous rocks that are closely related to the intrusive bedrock found in the Boulder Batholith. The range’s volcanic past is responsible for the substantial mineral deposits (including gold) in the region, which ultimately led to the start of a number of mining operations in southwestern Montana.

Moreover, the region experienced extensive glaciation during the Pleistocene. During this time, a substantial amount of ice covered the Elkhorn Mountains and the nearby ranges, carving out many of the geologic features that we see today. Other evidence of this icy past include various glacial erratics (boulders) that are apparent throughout the range.

For a small range, the Elkhorn Mountains have an interesting diversity of plant communities. The Elkhorns are dominated mostly by conifers, such as ponderosa pine and lodgepole pine, at higher elevations, though stands of aspen are found in riparian areas. Meanwhile, at lower elevations, grasslands and prairies are the predominant feature of the landscape, with various stands of juniper and limber pine.

The Elkhorn Mountains are an important wildlife habitat, particularly for elk. In fact, part of the range is included within the Elkhorn Wildlife Management Unit, which protects 732.4 square miles (1,873 sq. km) of habitat for one of Montana’s largest elk herds.

Moreover, the Elkhorn’s location, high elevation, and prominence means that it gets a lot of moisture for the region. These climate conditions have helped the Elkhorns become a suitable habitat for a large number of different species, particularly in the wetter, western side of the range.

The region in and around the Elkhorn Mountains has been home to humans for thousands of years thanks to the area’s large game population and abundance of edible plants. A number of different groups, including the Crow, Shoshone, the Confederated Salish and Kootenai Tribes, and the Blackfeet Nation, among others, traditionally inhabited the Elkhorns and other ranges in western Montana before the arrival of Europeans and European-Americans.

Montana became a place of interest for European and European-American immigrants during the Montana Gold Rush. During the 19th and 20th centuries, immigrants flocked to the Elkhorns and other parts of the Central Rocky Mountains in the hopes of striking it rich.

Within the Elkhorns, the land was mined heavily for silver and gold and it was also logged extensively and used for open range grazing. The ghost town community of Elkhorn is a lasting testament to the boom and bust nature of the mining industry at the time.

During the height of Elkhorn’s mining production, tens of millions of dollars of silver were extracted from the range, and thousands lived in the town. By the late 1800s, however, a diphtheria epidemic and a decline in the value of silver quickly turned Elkhorn into a ghost town.

These days, when compared to other neighboring ranges, the Elkhorns see relatively little outdoor recreation traffic. However, there are a few trailheads throughout the range and it is a popular location for big game hunting during rifle season.

Unlike many of the other ranges in southwestern Montana, the Elkhorns have relatively few trails. Here are some hiking destinations to check out:

The 6.1 mile (9.8km) Elkhorn and Crow Peak Trail offers good access to the summits of Elkhorn Peak and Crow Peak. It is technically an old Forest Service Road, so some hikers can drive their vehicle most of the way up the road before heading to the summit on foot. The trail itself goes to Elkhorn Peak, though Crow Peak is just a short bushwack away.

The Willard Creek Trail is a 3 mile (4.8km) long hike that’s ideal for casual walks. It offers a nice stroll through forests and meadows with good opportunities to spot the range’s namesake elk.

The Elkhorn Mountains are located near some of the largest cities in southwestern Montana. Here are some good places to stay before or after your trip into the range:

Helena is the capital of the state of Montana and it is home to about 28,000 residents. The city is just north of the Elkhorn Mountains and it offers excellent access to the range. It is easy to get to by road along I-15 and the city’s small regional airport offers connections to major cities in the western United States.

The city of Butte is located to the south of the Elkhorn Mountains. It is the fifth largest city in Montana with over 33,000 residents. Butte is well connected by road, thanks to its location along the intersection of I-15 and I-90. Also, Butte has a small airport with regular flights to Salt Lake City in Utah.

Bozeman is located to the southeast of the Elkhorn Mountains and it is a well-known outdoor recreation destination. The city has nearly 50,000 residents, which makes it the fourth largest in Montana. Additionally, Bozeman is the home of Montana State University and it has the busiest airport in the state of Montana - Bozeman Yellowstone International Airport. 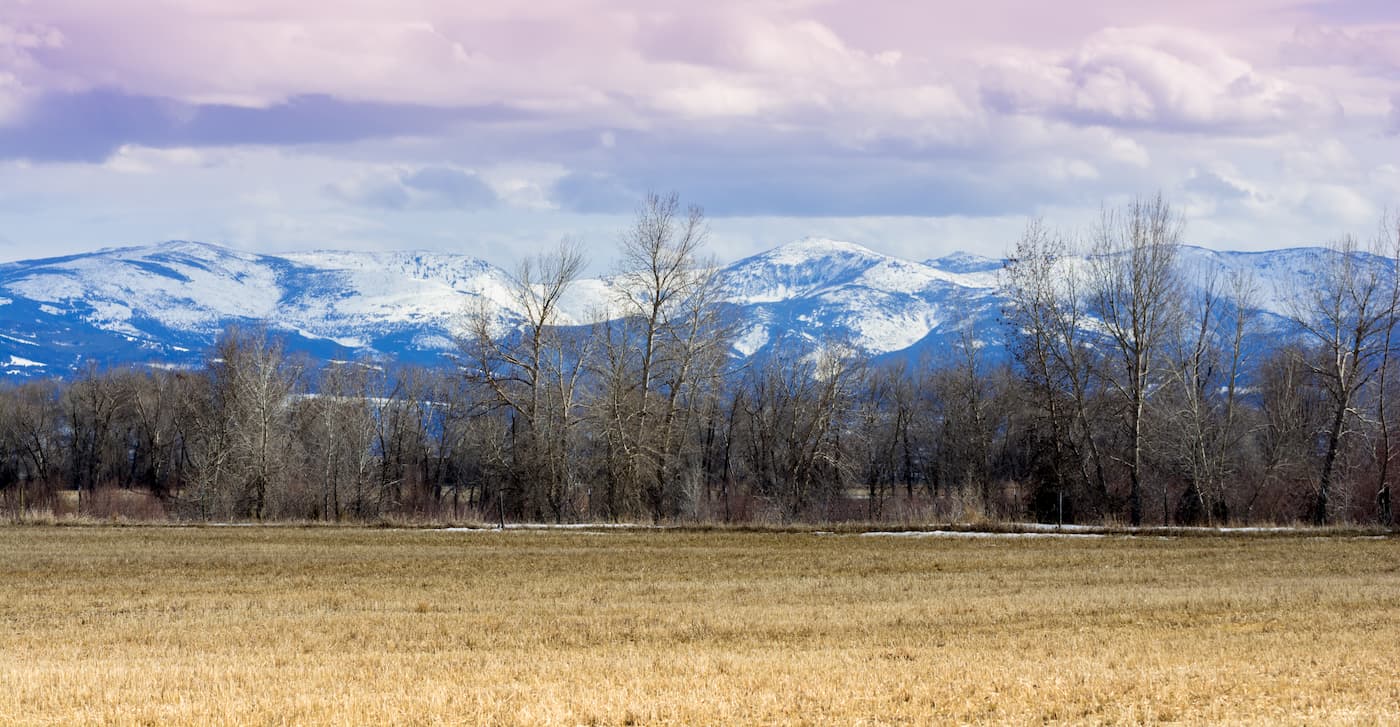 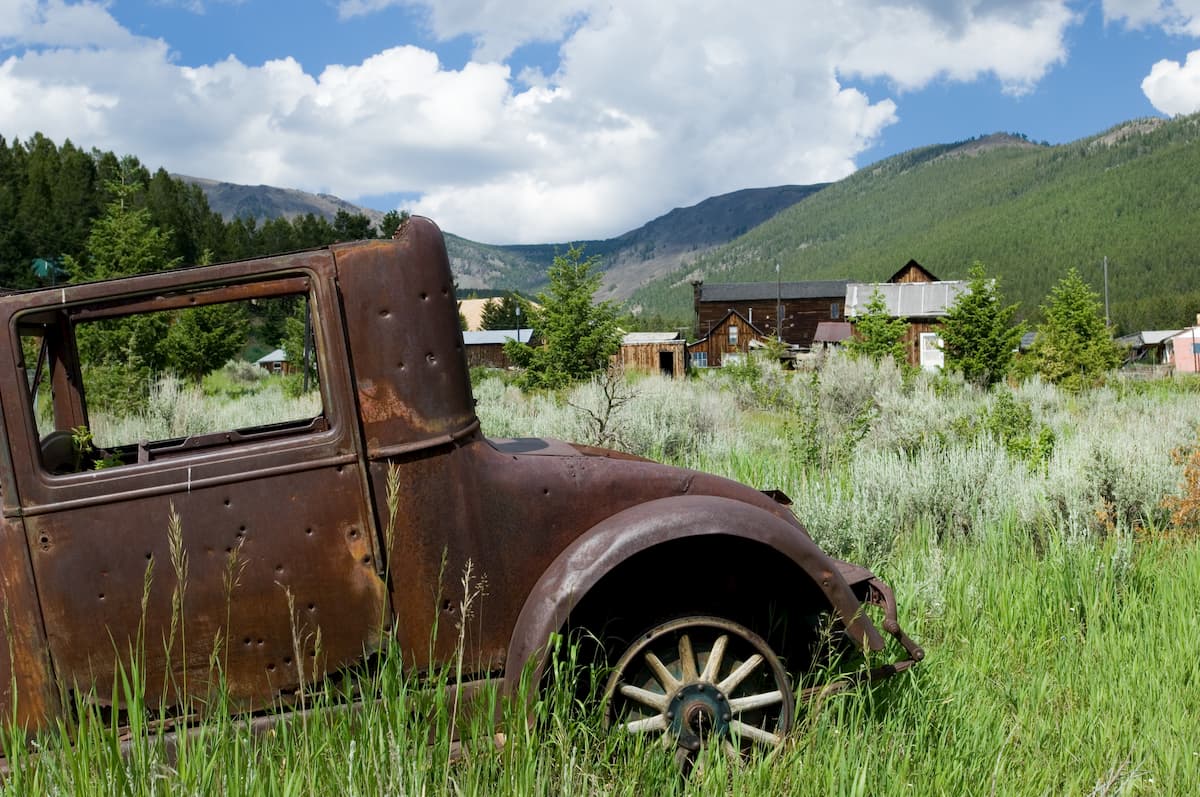 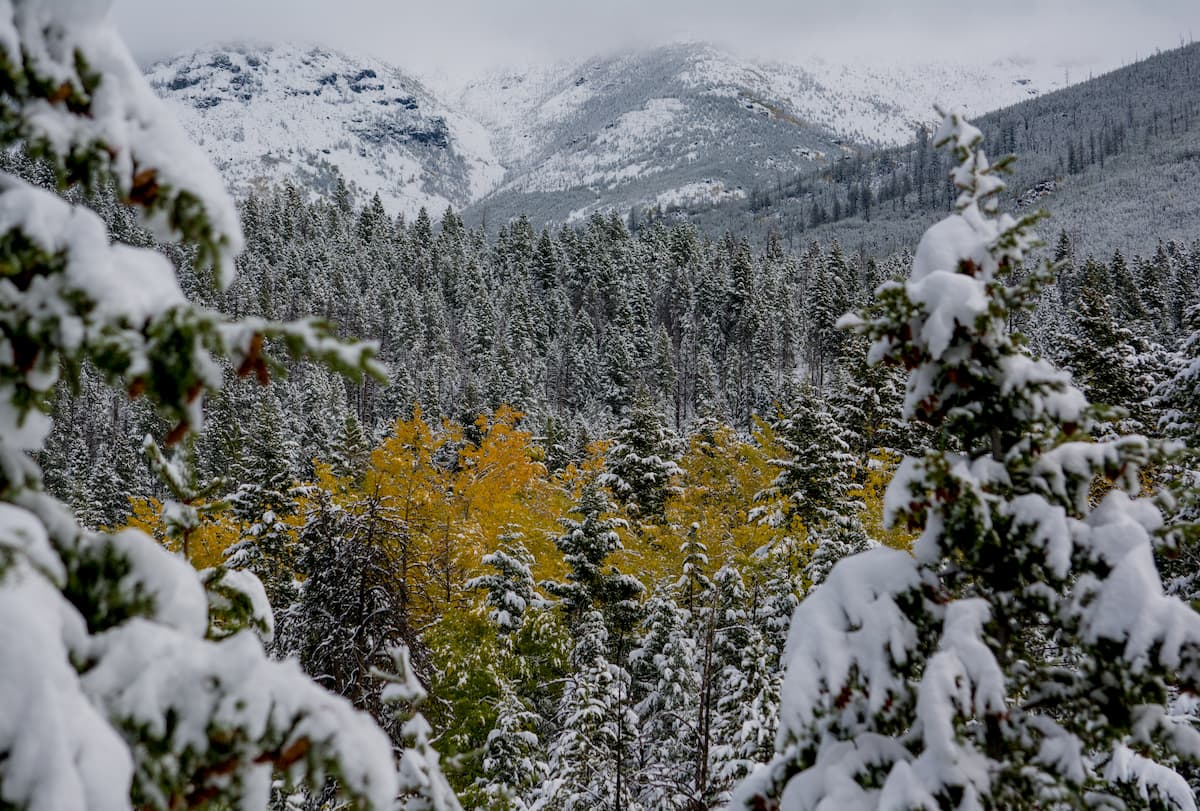 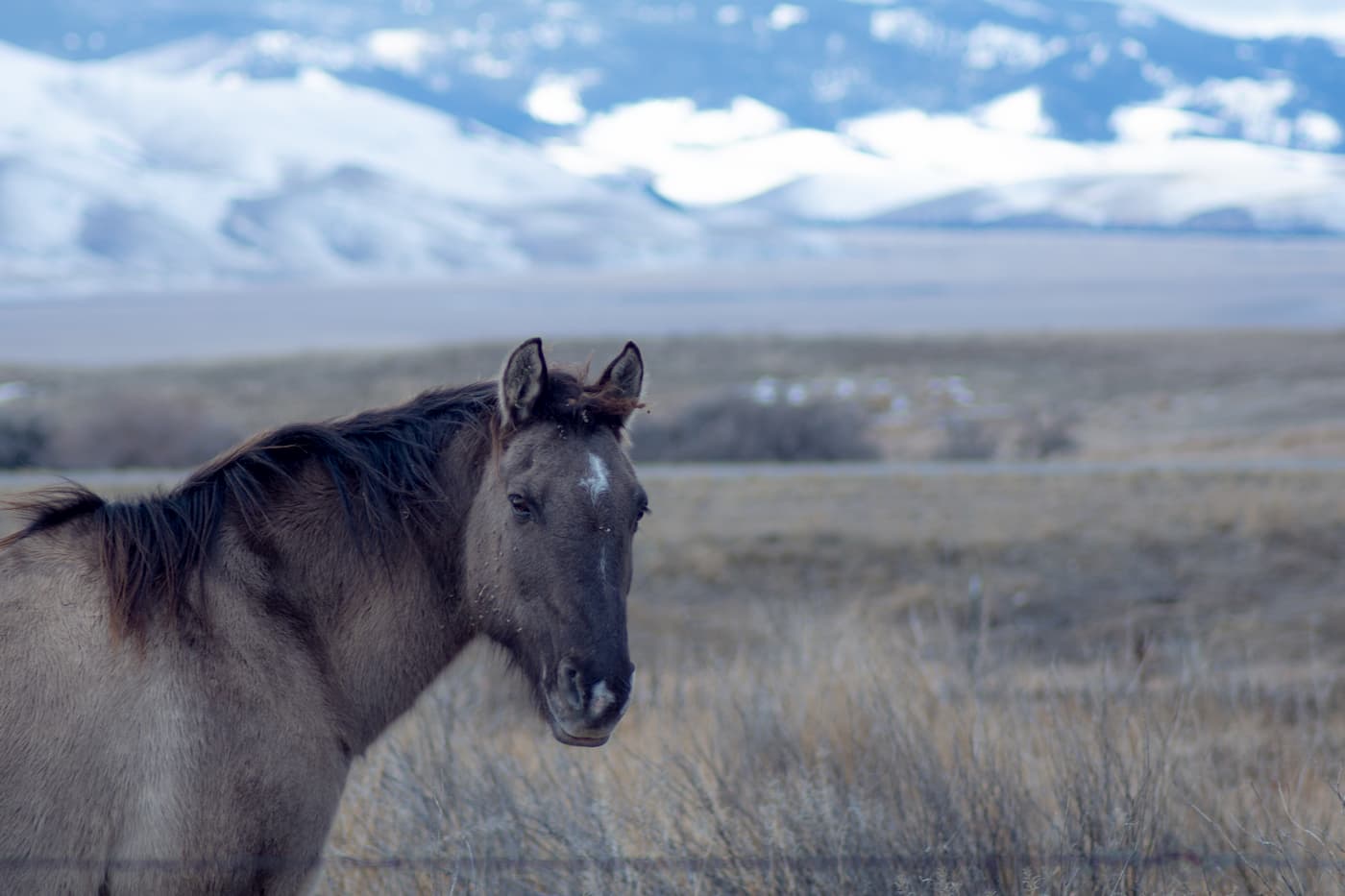 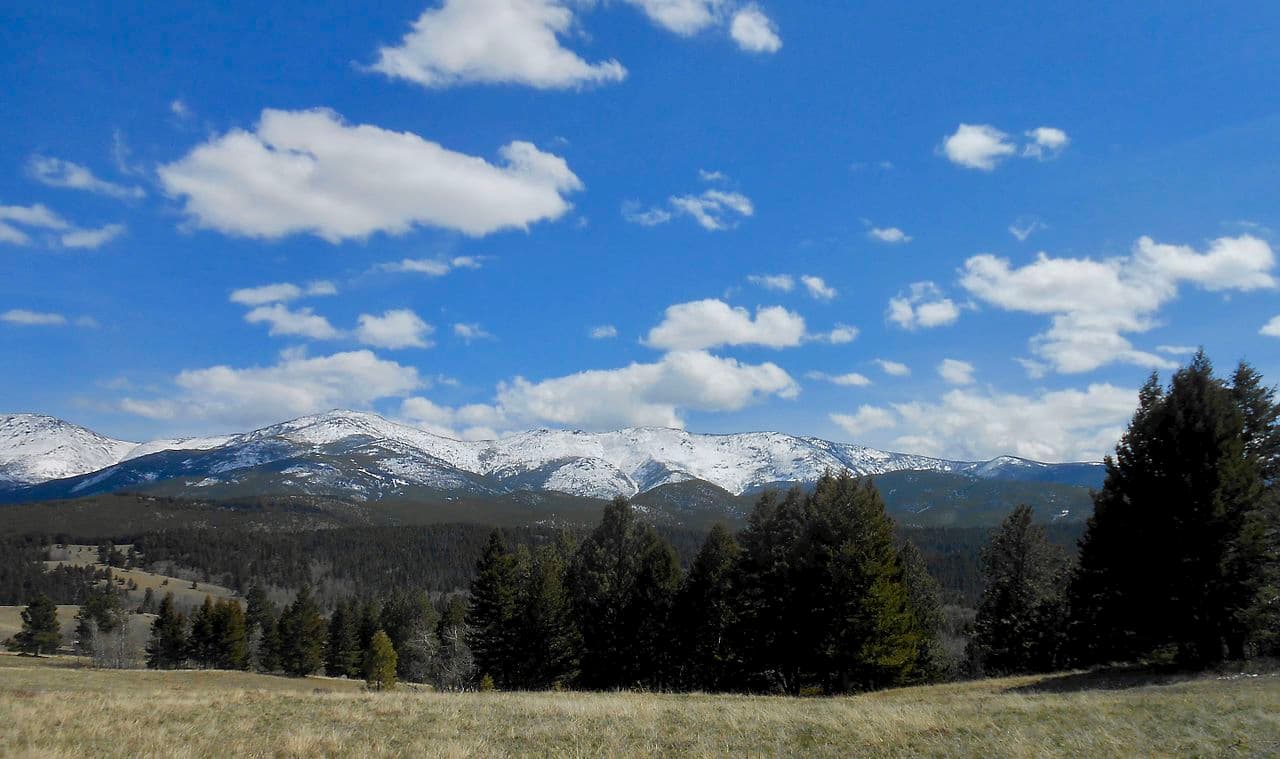 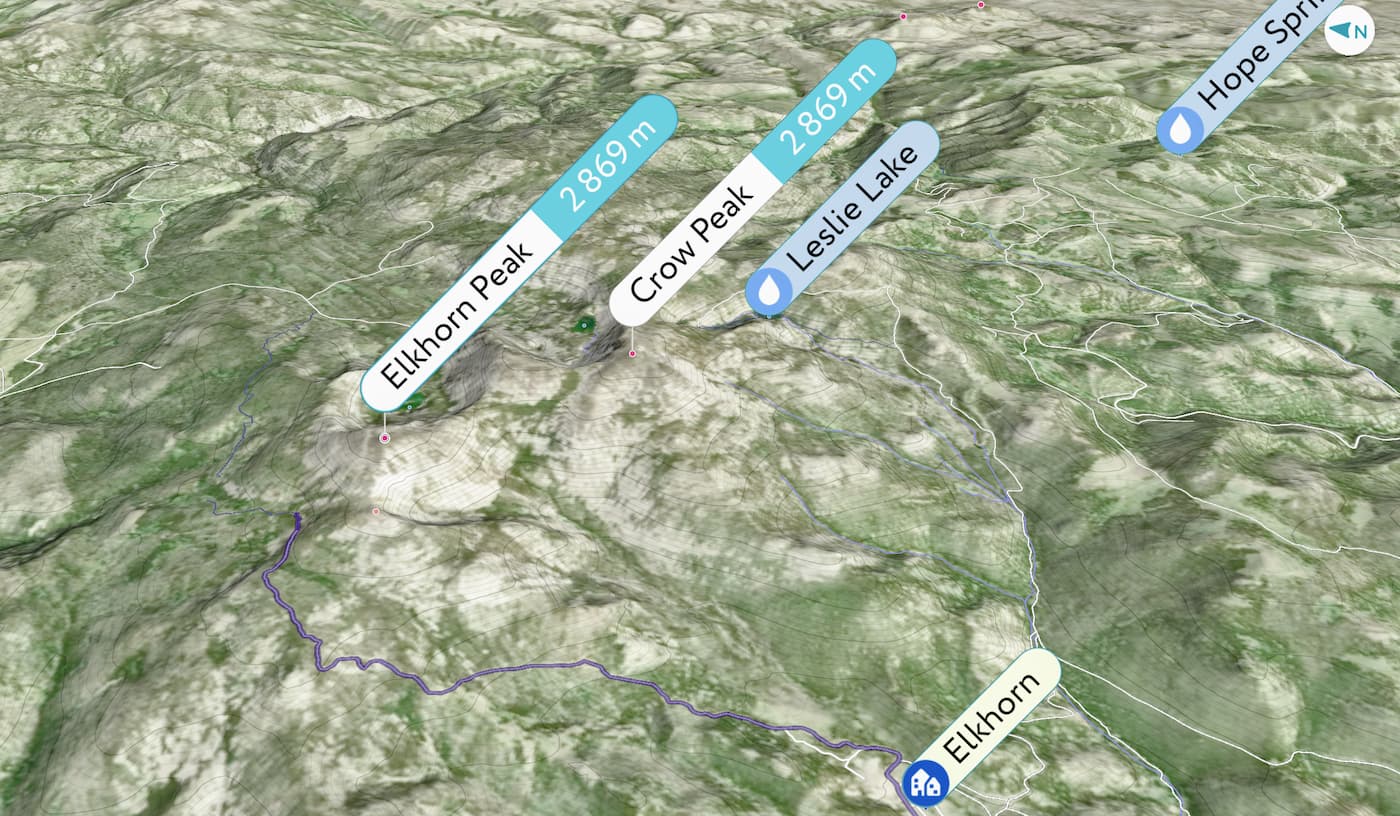