Black Hills National Forest is an outdoor recreation area located in the US states of South Dakota and Wyoming. The forest hillsides in the Black Hills are often referred to as the “Island in the Plains,” as they are some of the only hills in the midwest. Black Hills National Forest contains 192 named mountains. The highest peak and most prominent peak in the forest is Black Elk Peak at 7,241 ft (2,207 m) in elevation and with 2,920 ft (890 m) of prominence.

Black Hills National Forest is located in northeastern Wyoming and southwestern South Dakota in the central US. The forest encompasses 1,875 sq. miles (4,856 sq. km) of land, and the vast majority of it is located within the state of South Dakota.

The rugged landscape in the national forest transitions from the prairie lands of the midwest into the jagged peaks of the Black Hills. A majority of the region is covered in dense patches of pine forest and rugged rock outcroppings.

Amidst the forest lie numerous streams and lakes, which cut through the region’s canyons and vast grasslands. Some parts of the forest are also home to sizable subterranean caves.

The major geographic features in Black Hills National Forest include the peaks of the Black Hills, Elk Mountains, and Bear Lodge Mountains. A majority of the landscape within the forest is marked by the Black Hills.

The rock outcroppings of the Black Hills rise steeply from the forest floor, providing hikers with panoramic views of the surrounding region. Parts of the forest are also used for timber harvesting, livestock grazing, and water production.

The Black Hills National Forest is named after the Black Hills, which dominate its rugged landscape. These jagged peaks have a long geological history and much of their current shape was created during the Tertiary period.

The uplift of the region was caused by volcanic activity in the northern portion of the range. The southern region of the national forest consists primarily of pegmatite, Precambrian granite, and other metamorphic rocks. The core portion of the range features sedimentary rocks from the Paleozoic, Mesozoic, and Cenozoic periods.

The stratigraphy, or layers of rocks, in the region are displayed like a target across the range as these layers of rocks change as you move outward from the center of the range.

There is a granite core that lies at the center of the range that was formed during the Trans-Hudson orogeny, which means that it dates back some 1.8 billion years. Meanwhile, rocks from the Paleozoic period can be found in the nearby Deadwood Formation.

Consisting primarily of sandstone, this Deadwood Formation was where much of the gold was historically found in the Black Hills. The nearby Englewood Formation is made of limestone and features over 200 caves.

Rocks from the Mesozoic period form the Spearfish Formation, which is a network of red rock valleys around the hills. Further mountain building in the region occurred during the Laramide orogeny at the beginning of the Cenozoic period.

The Black Hills National Forest is home to a diverse landscape, which allows for a variety of both flora and fauna to thrive.

A majority of the hills are covered by a dense ponderosa pine forest. The valleys found in the northern hills of the region also feature Black Hills spruce. Sweeping grasslands can be found throughout the national forest.

A rainshadow in the southern edge of the Black Hills creates a drier landscape that’s full of mountain mahogany, dry pine savannah, and Rocky Mountain juniper.

The various creeks and rivers within the forest are home to populations of trout. Larger mammals in the region include mule deer, white-tailed deer, pronghorn, bighorn sheep, American bison, and mountain lions.

Humans have inhabited the land surrounding Black Hills National Forest for thousands of years. Archaeological evidence suggests that people have lived in this region at least since 11,500 BCE when the people of the Clovis culture settled throughout the Black Hills.

The Indigenous Arikara peoples also lived in the region around 1500 CE along with the Arapaho, Crow, Kiowa, and Cheyenne peoples. These tribes shared much of the land for hundreds of years, until the arrival of the Lakota (Sioux) people.

The Lakota people came from the area that is now called Minnesota, and they drove out the other tribes who inhabited the region. They named the region Ȟe Sápa, which translates to ‘Black Mountains,’ due to the peaks’ dark appearance.

Indigenous people in the area likely first made contact with European settlers and traders during the middle of the eighteenth century. Traders and fur trappers began inhabiting the area, continually disregarding the Lakota’s claim to the land.

In 1868, the United States government proposed the Fort Laramie Treaty, which aimed to “protect” the Black Hills and force the Lakota people onto the Great Sioux Reservation to the west of the Missouri River.

In 1874, gold was discovered in the region around French Creek. A gold rush followed between 1875–1878, and it brought a large influx of people to the region. Towns such as Deadwood, Lead, and Central City began to form to accommodate the region’s rising population.

The presence of more people in the region led to a surge in railroad construction in the area. The region was declared a forest reserve in 1897 and it would later become known as the Black Hills National Forest.

The Black Hills National Forest is home to numerous trails for outdoor adventure. Here are some of the top hiking areas to visit during your next trip to the national forest.

The Black Elk Peak and Little Devil’s Tower Trail is one of the most popular and scenic routes in the national forest. The loop trail climbs above the treeline and up to the rugged rocky spires on Black Elk Peak that the forest is known for.

From the tallest peak in the forest, hikers have panoramic views of the rest of the Black Hills. This loop trail is 7.7 miles (12.4 km) long and it has 1,699 ft (518 m) of elevation gain. This trail also offers a number of side routes that you can check out if you want to extend your adventure.

The Roughlock Falls Trail is an out-and-back route located in a side canyon of Spearfish Canyon.

In the canyon, Little Spearfish Creek cascades down 50 ft (15 m) of cliffs along a limestone ledge to create a stunning waterfall. This scenic hike is 2.1 miles (3.4 km) in length and it has 242 ft (74 m) of elevation gain.

The Buzzard Roost Trail climbs steadily through the forested landscape of the Black Hills before reaching a scenic viewpoint. Numerous trails wind through the hillside, offering multiple options for reaching the summit. The main trail to the summit is 2.5 miles (4 km) long round-trip and it has 472 ft (144 m) of elevation gain.

Looking for a place to stay near Black Hills National Forest? Here are some of the best cities and villages to check out in the region.

Rapid City lies on the eastern edge of Black Hills National Forest within the state of South Dakota. The city is home to around 80,000 residents, making it the second-most populous city in the state. Due to its location, the city is often referred to as the “Gateway to the Black Hills.”

A small mountain ridge separates the city into eastern and western regions. Popular sites in Rapid City include Dinosaur Park, Art Alley, the City of Presidents walking tour, and the nearby old west town of Deadwood. Rapid City is also a popular destination for those visiting the Mount Rushmore National Memorial and Badlands National Park.

Gillette is a city that’s located in eastern Wyoming, just to the west of Black Hills National Forest. Known as the “Energy Capital of the Nation,” the city is one of Wyoming’s major exporters of coal. Gillette is home to around 34,000 residents, making it the third-most populous city in the state.

Devils Tower (Bear Lodge Butte/Matȟó Thípila/Daxpitcheeaasáao) lies just an hour's drive to the northeast of the city. The tower itself is one of the most iconic landmarks in Wyoming, and it is sacred to many Tribes, including the Lakota, Kiowa, and Cheyenne. 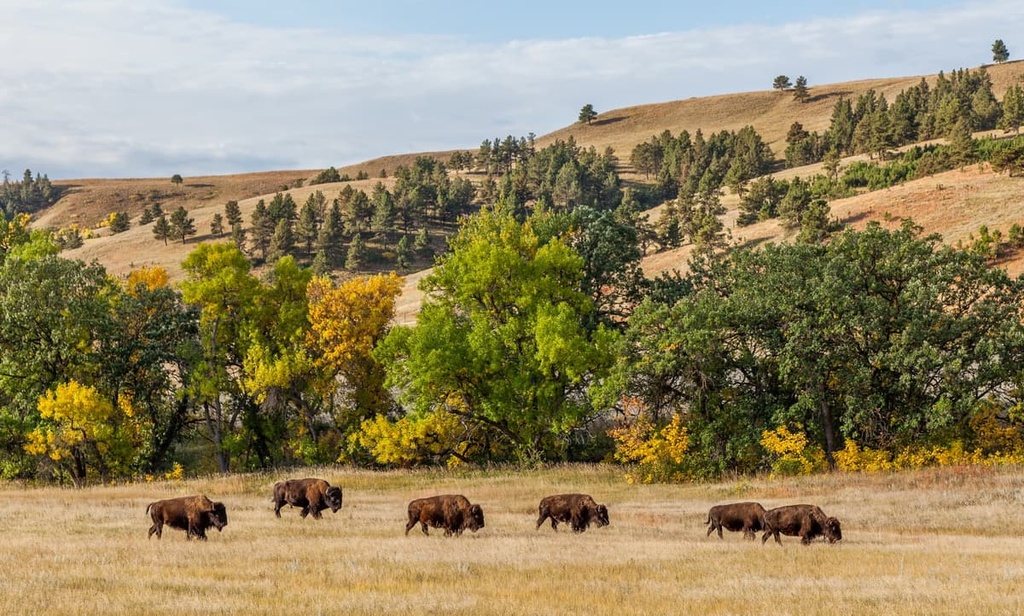 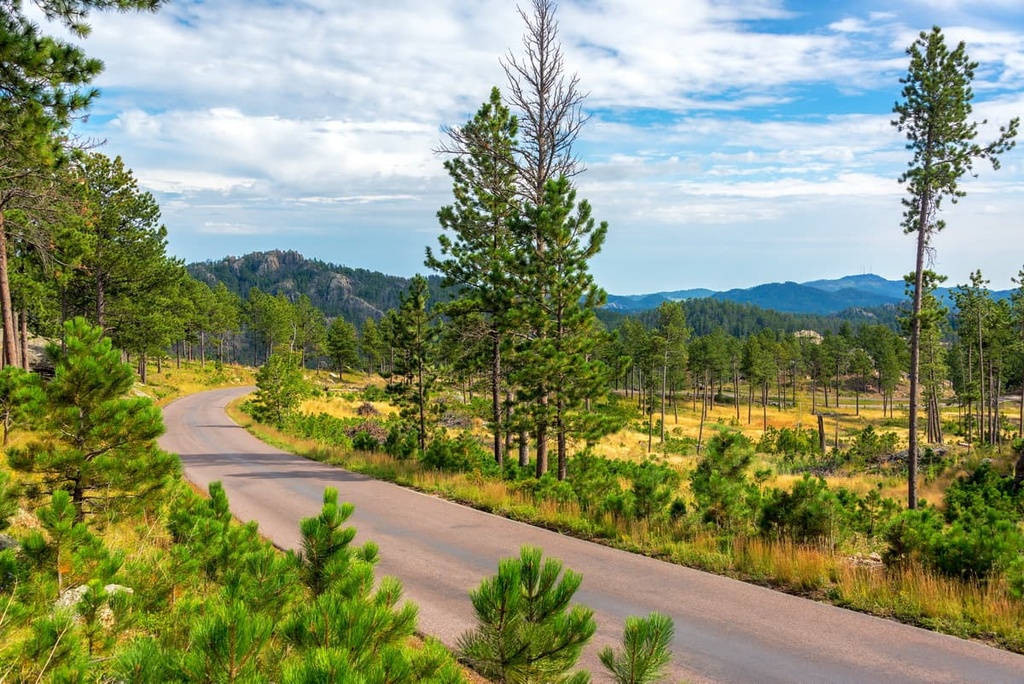 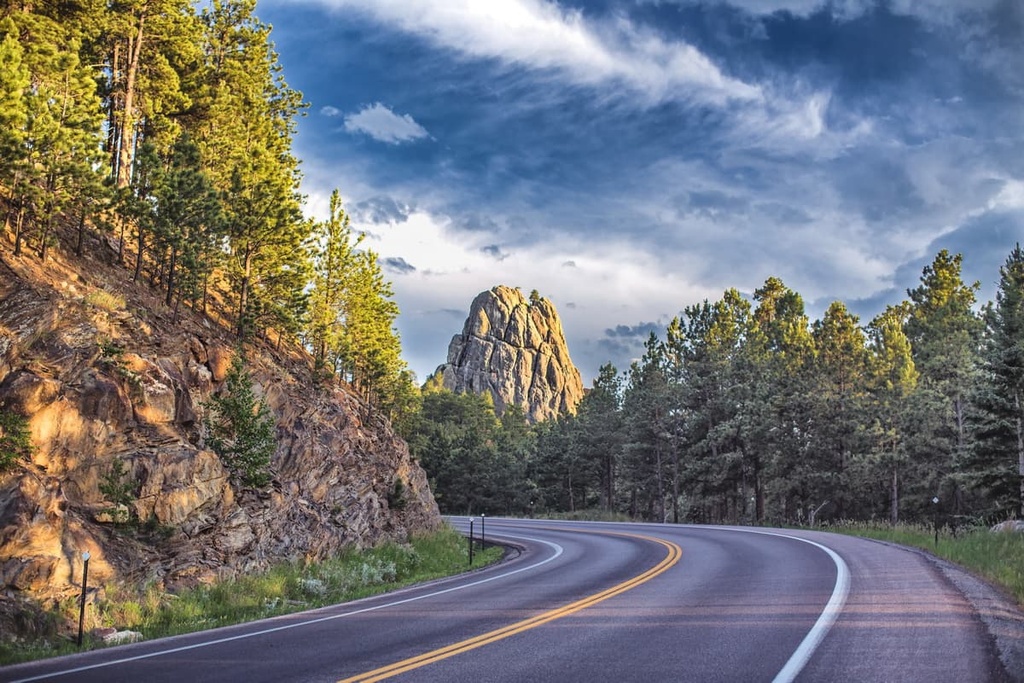 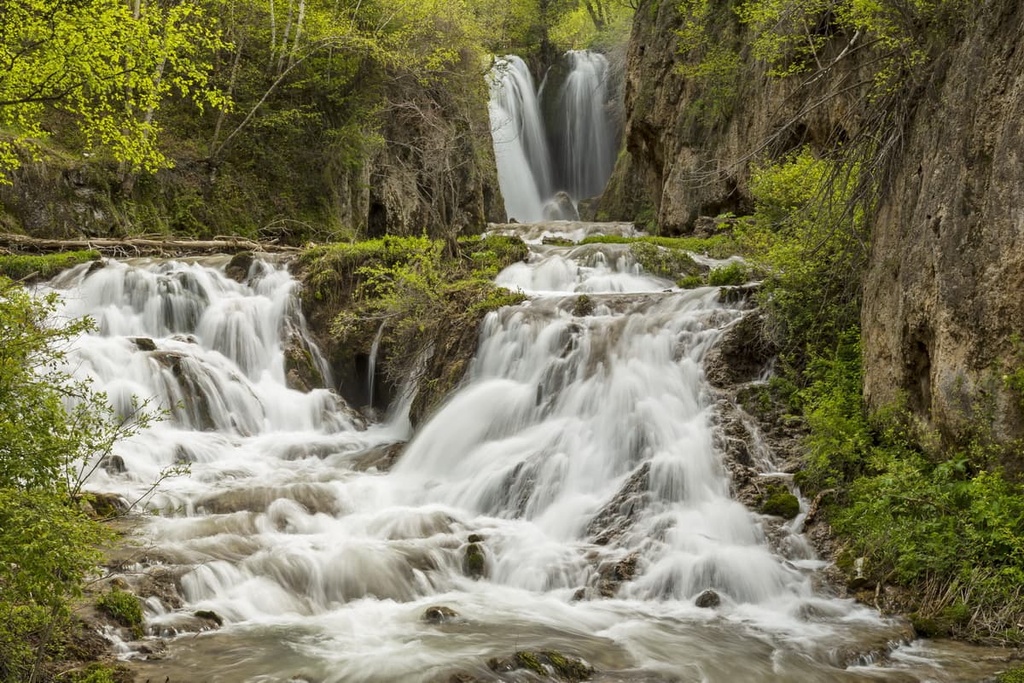