The mixed grass prairie is a transitional zone between the tall-grass prairie to the east and the short-grass prairie to the west. There are 60 different kinds of grasses found within this complex ecosystem. This dynamic area houses 39 mammal species, 9 reptile species, 6 amphibian species, 206 bird species, and 69 butterfly species. Prairie animals have adapted to survive climate extremes and thrive in this vast, open space.

The park’s sharply eroded buttes and pinnacles, however, are what draw visitors from around the world. The park’s incredible geological deposits contain one of the world’s richest fossil beds and were formed by 69-million-year-old geologic forces of deposition and erosion. Surprisingly, erosion continues to carve the Badlands buttes today and eventually, the park’s otherworldly features will completely disappear. 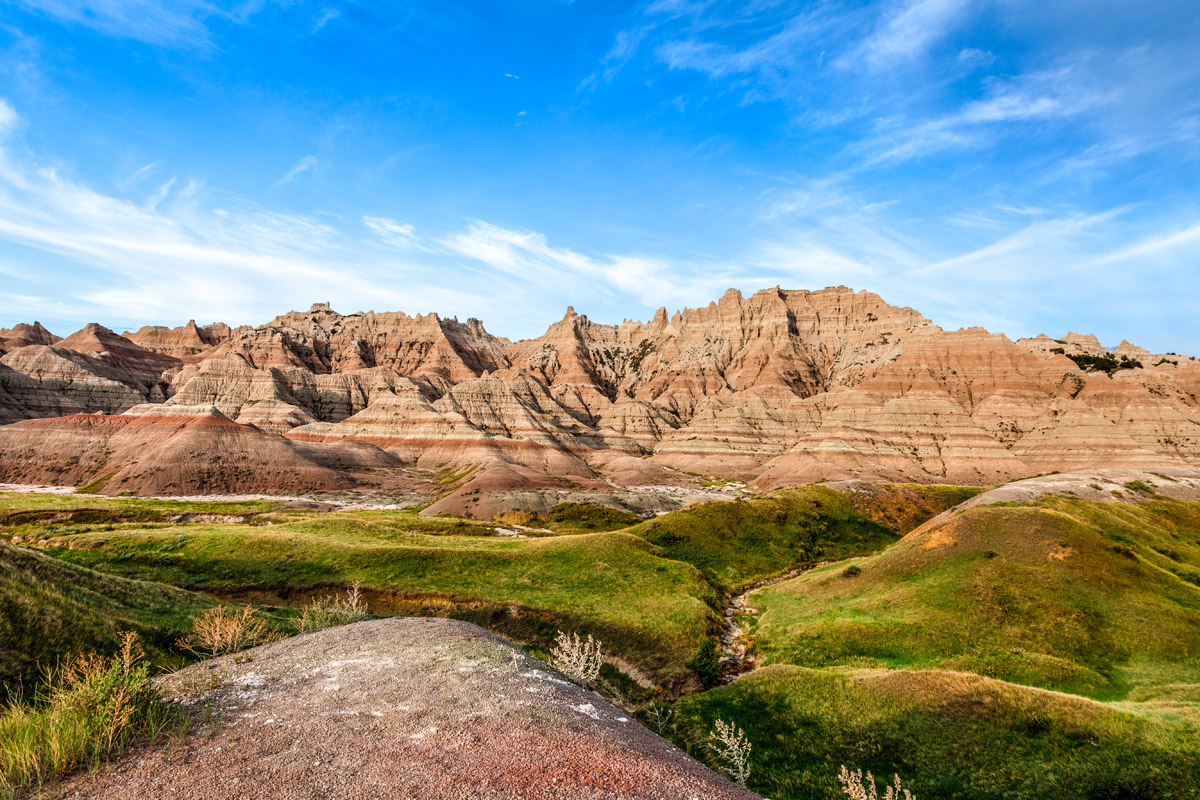 Badlands was designated a National Monument in 1929 but was not established until 1939. Almost 40 years later, in 1978, the park was re-designated as a national park. Today, the National Park Service manages the park, while the South Unit is co-managed with the Oglala Lakota Sioux tribe – a Native American tribe that lives on one of the largest Native American reservations in the United States.

The Oglala Lakota have called the Badlands home for more than 11,000 years. The Stronghold District, which is also known as the ‘South Unit,’ is a wild and remote region of the park with few paved roads. The land was once used by the United States Air Force as an aerial gunnery range during World War II but is now comprised of land on the Pine Ridge Indian Reservation. Visitors hoping to explore the Stronghold District have to obtain permission from individual landowners prior to crossing their land. One of the most popular attractions in this area is the Sheep Mountain Table - a large mesa. Sheep Mountain Table is long, broad, and flat. But at its edges, the mesa drops sharply to reveal incredible eroded flanks and expansive views of remote ridges and spires.

There are just 13 named mountains in Badlands National Park. Mostly, however, the Badlands are characterized by colorful spires and pinnacles, massive buttes and deep gorges. The most prominent “mountain” is Cedar Butte, a 3,287-foot butte. Visitors are often amazed by the ruggedness and the vastness of the terrain. Though the park contains few trails, established footpaths and scenic drives allow visitors to easily experience the park’s stunning views and technicolored landscape. One of the most iconic Badland features is known as “the Wall.” This 60-mile stretch of tens-of-million-year-old rock forms a barrier between the upper and lower prairies.

The Badlands Wilderness protects 64,144 acres of the park. The black-footed ferret, one of the most endangered mammals in the world, was reintroduced here. Buffalo roam free in this portion of the park, as well as mule deer, sheep, and coyotes.

At 10 miles roundtrip, the Castle Trail is the longest trail in the park. The trail winds along both the Badland Wall and through stretches of prairie, periodically passing through stunning spires, buttes, and fins. The Castle Trail is one of the best ways to experience the park’s diverse landscape and can be shortened for a quick day trip. This trail is also a great option for backcountry camping and stargazing.

The Notch Trail is a 1.5-mile moderate footpath that wanders through a canyon and climbs a log ladder as it follows a ledge to ‘the Notch.’ The Notch features beautiful views of the White River Valley, but it might not be the best options for visitors with a fear of heights.

Cliff Shelf is a short (.5 miles) but sweet loop trail that follows a boardwalk through a juniper forest nestled along the Badlands Wall. This is a popular .5-mile walk that offers great views of the White River Valley and Eagle Butte. There is also a small, seasonal pond that will occasionally draw wildlife like deer and bighorn sheep.

At just .25 miles, this footpath is an easy, family-friendly option for visitors interested in experiencing the park’s incredible fossil exhibits and replicas. Short plaques line the trail, offering information about animals that used to inhabit the park!

One of the best ways to experience the park is via the Badlands Scenic Byway. The highway, which spans 40 miles, winds its way through the eastern portion of the park, traveling through ancient rock formations, cliffs, and spires. Several scenic overlooks line the highway, so don’t forget to stop at the Big Badlands Overlook, Pinnacles Overlook, and Yellow Mounds Overlook to snap a few photos and soak in the views.

Cedar Pass Lodge first opened for business eleven years before the establishment of Badlands National Monument. Today, the lodge features a number of cozy, pine-paneled cabins equipped with basic amenities for their stay in the park. These eco-friendly cabins are open seasonally and are nearby several scenic overlooks and hiking trails found within the park.

The Badlands Inn sits just 1.5 miles from the Cedar Pass Lodge and is a standard, motel-style facility. The inn offers unobstructed views of the badlands, is just a mile from the park entrance, and is pet-friendly. The Inn is a modest, but outstanding option for exploring Badlands National Park.

Circle View is a 3,000-acre ranch that sits in the heart of the badlands. Each room features a private bath, comfy bed, and WiFi. The ranch is just 6 miles from the park and open year round. Circle View is known for its relaxing, family-friendly atmosphere and offers visitors a delicious breakfast every morning. 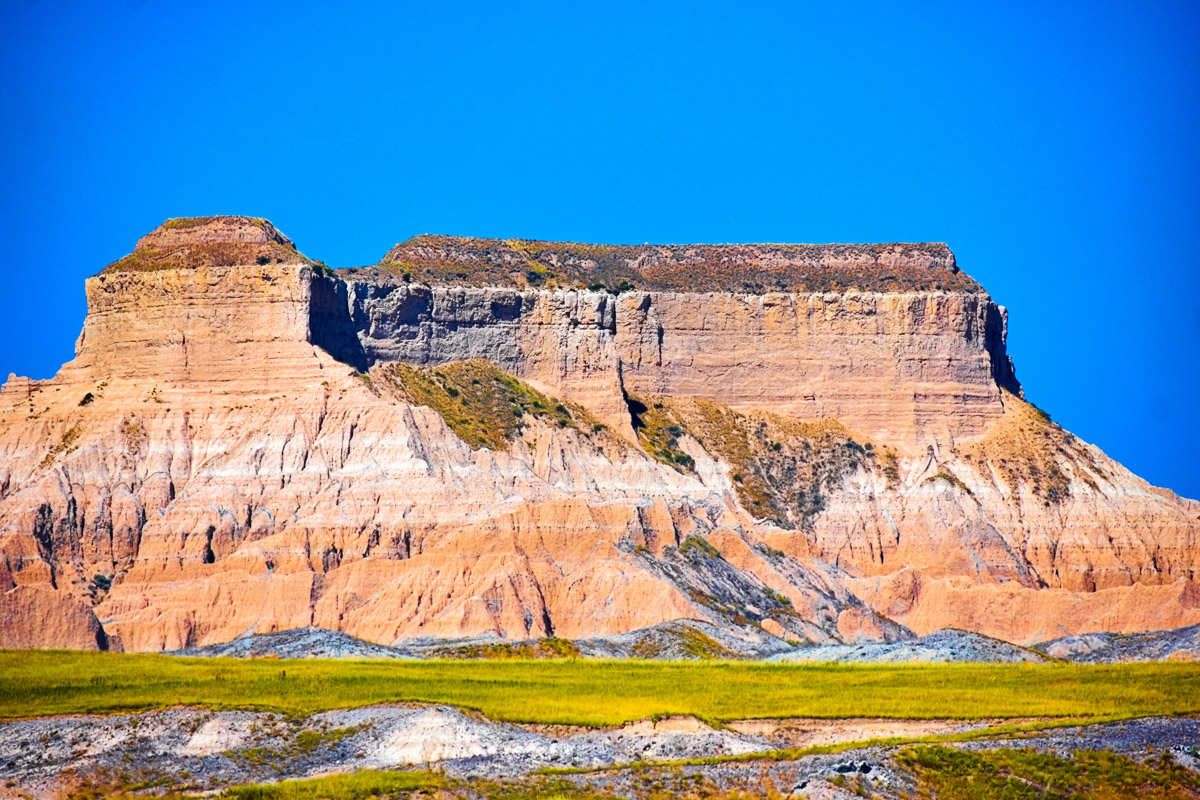 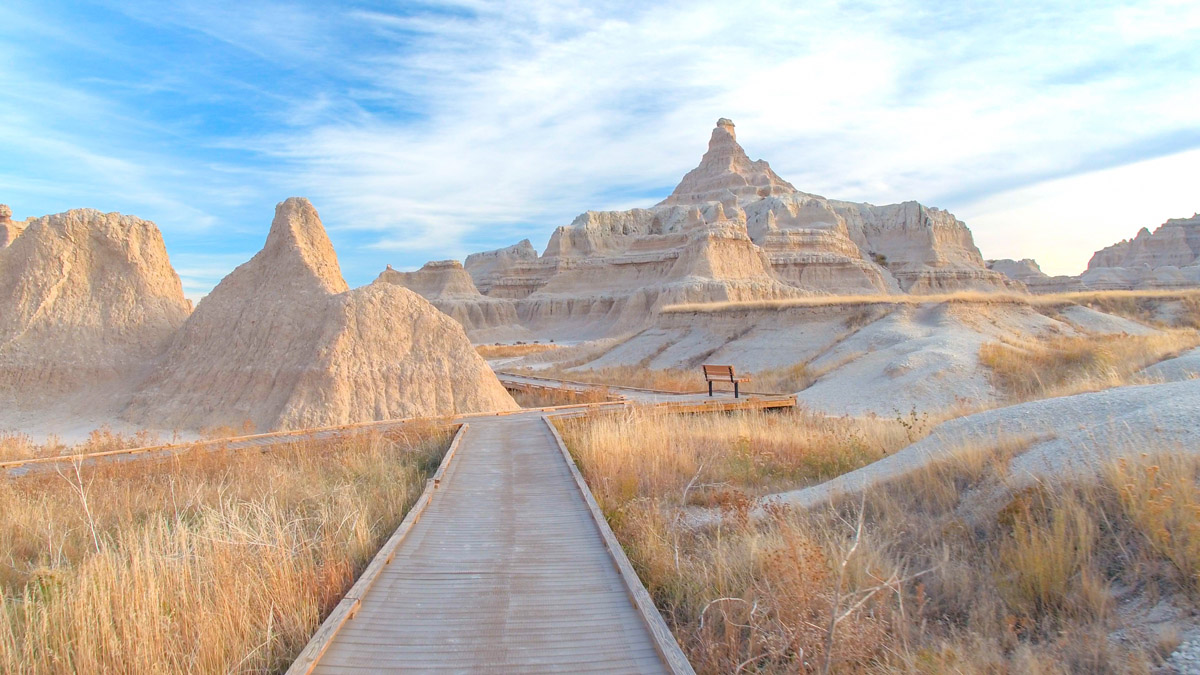 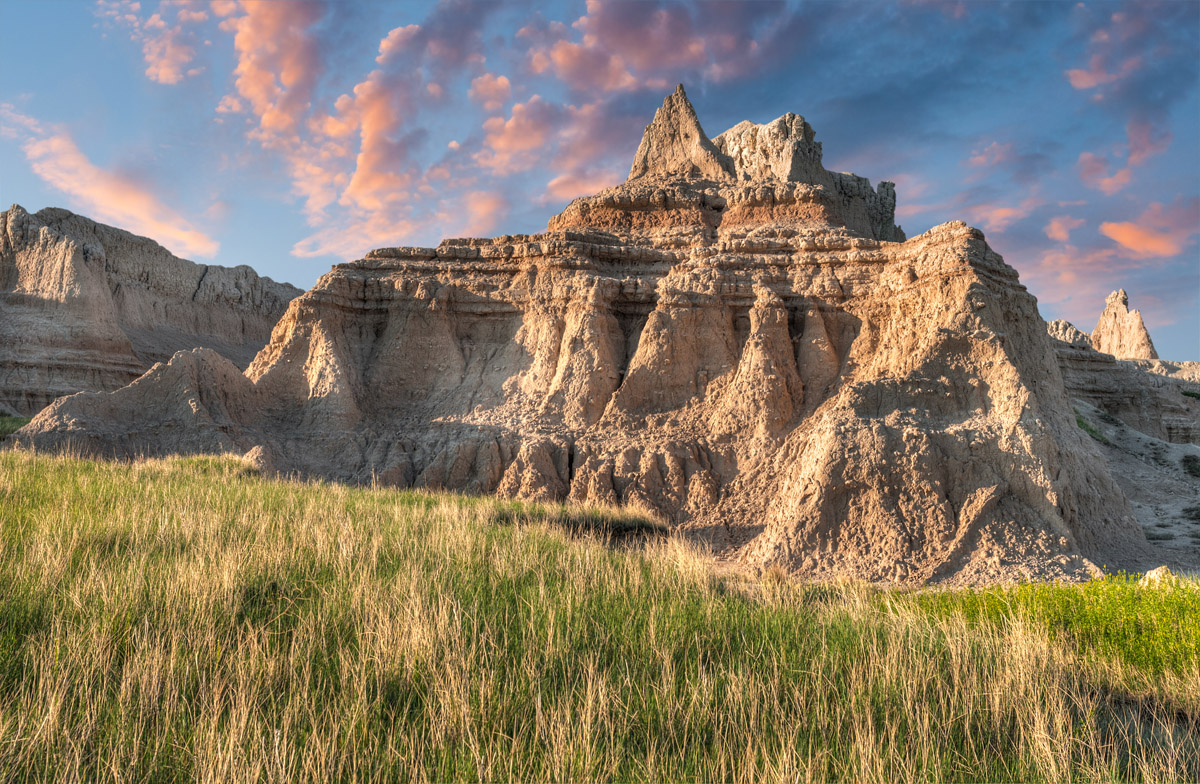 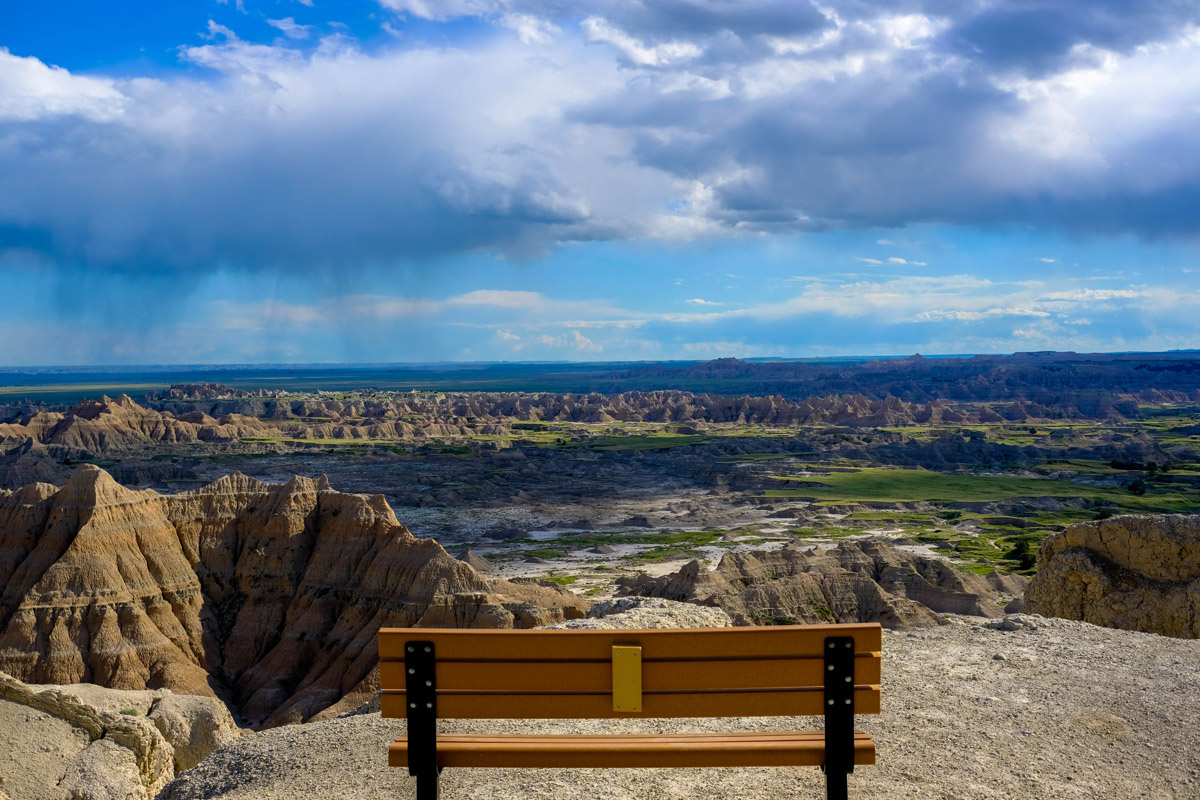 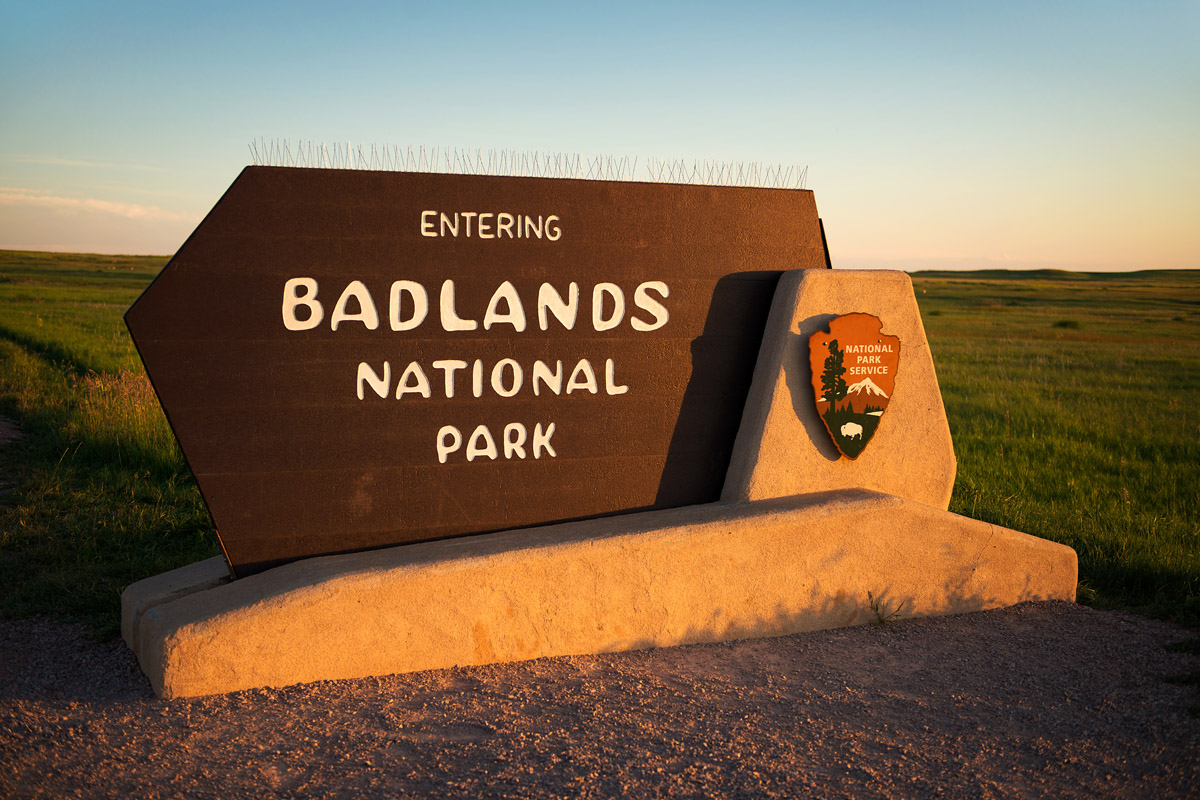