Featuring rolling peaks and dense coniferous forest, the West Pioneer Mountains is a small grouping of summits in the southwestern part of the US state of Montana. The range contains 73 named mountains, the highest and most prominent of which is Torrey Mountain (11,135ft/3,394m). 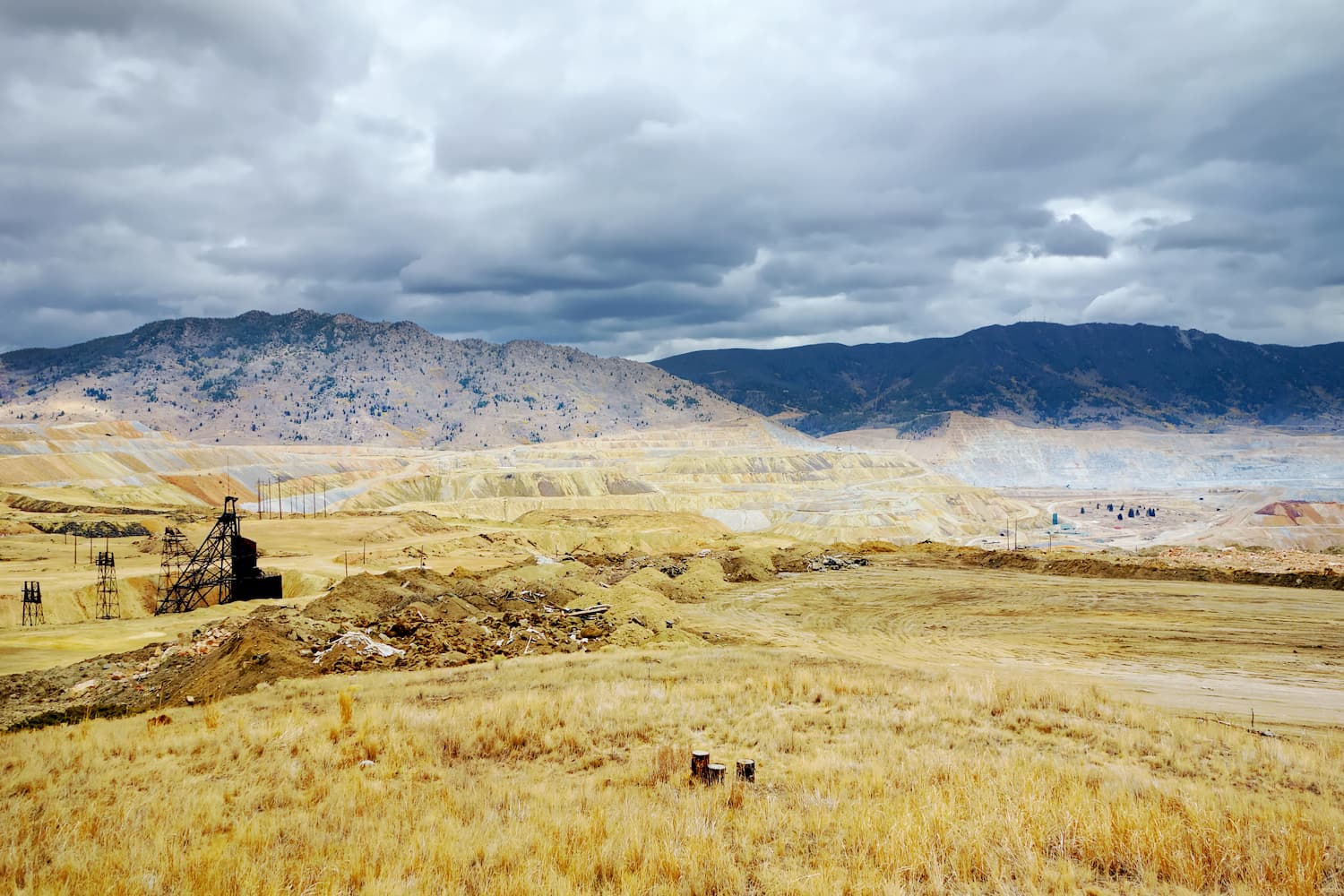 The West Pioneer Mountains are located in southwestern Montana, near the state’s border with Idaho. They are situated to the southwest of the city of Butte, which separates them from the Elkhorn Mountains and the Boulder Mountains.

To the south of the West Pioneer Mountains is the Beaverhead Mountains, which straddles the border of Montana and Idaho, separating the West Pioneers from the Lemhi Range and the Lost River Range of Idaho.

In particular, the West Pioneer Mountains are just south of the Anaconda Pintler Wilderness area and the Bitterroot National Forest, which are partially home to the Bitterroot Range.

Within the West Pioneer Mountains, there is also the West Pioneer Wilderness Study Area, which includes a substantial portion of the western half of the range. As a wilderness study area, the region is not part of the National Wilderness Preservation System (unless formally designated by Congress), but it is roadless, pristine, and a perfect place for outdoor recreation.

Despite its small size, the range is geologically diverse. The easternmost part of the range is much more rugged than those to the west. Within this section, which sees relatively little outdoor recreation use, the peaks show evidence of recent glaciation, including a large number of alpine basins and lakes. In the western part of the range, the peaks are much more gentle, with rolling summits and dense forests.

In the easter portion of the range, the mountains are much higher and are home to large areas of alpine terrain. There are a number of sizable ponds and lakes, some of which have golden trout.

Some of the lakes in the range have Arctic grayling, a freshwater fish which is found in the Arctic, throughout Canada, Russia's Siberia, Alaska, in the Great Lakes Basin of Michigan, and within Montana’s Missouri River drainage. While the Arctic grayling is native only to these regions, humans have stocked lakes in Wyoming’s Teton Range, the Utah’s Uinta Mountains, Idaho’s Boulder Mountains, California’s Sierra Nevada, and in the Cascade Range of Washington and Oregon.

Other wildlife found in the eastern part of the range includes mountain goats, pronghorns, and black bears.

Within the western part of the range, there are dense forests, including old growth stands of whitebark pine and lodgepole pine. There are even stands of lodgepole pine that are believed to be hundreds of years old. Wildlife within this section of the range includes moose, wolverines, pine martens, elk, and black bears.

The West Pioneer Mountains and the surrounding area have been inhabited by humans for thousands of years. In particular, the Shoshone-Bannock and the Confederated Salish and Kootenai Tribes, among others, consider the region to be their native homelands.

In 1805, the Lewis and Clark Expedition, who were among the first European-Americans to visit the region, skirted just south of the West Pioneer Mountains. They then headed northward around the range toward modern-day Missoula before finally crossing into what is now Idaho at Lolo Pass between Nez Perce and Clearwater National Forest and Lolo National Forest.

During the 1860s, the range was home to a substantial amount of mining activity, particularly north of Bannack. At this time, mining was booming throughout the state and the discovery of gold in the region drew prospectors and miners to the town of Coolidge by the 1870s. However, like many of the Montana Gold Rush era mines, the Coolidge mine closed down in the 1930s and the town was eventually abandoned.

The West Pioneer Mountains became part of the new Beaverhead National Forest when it was established by President Theodore Roosevelt in 1908. By 1996, however, the forest was administratively combined with the Deerlodge National Forest, which it remains a part of to this day.

In 1989, the Pioneer Mountains Scenic Byways was formally designated. The 49 mile (78.9km) road cuts through the middle of the range and connects the town of Wise River to the Maverick Mountain Ski Area in the southernmost part of the West Pioneer Mountains.

The rugged eastern part of the range sees relatively little human recreation when compared to the more inviting western section. However, while most of the trails in the range are in the western portion of the mountains, the peaks to the east - notably Tweedy Mountain, Mount Tahepia, and Highboy Mountain - offer some great alpine climbing opportunities.

Within the western part of the range, there are a number of great hiking and backpacking areas to check out. These include Torrey Lake, Granite Lake, Cherry Lake, and Green Lake. The West Pioneer Wilderness Study Area is a particularly good area to check out if you’re looking for solitude, wildlife, and beautiful scenery.

Here are some of the best places to stay near the West Pioneer Mountains:

The city of Butte is located just north of the West Pioneer Mountains in Silver Bow County. It is home to about 33,000 people, which makes it the fifth-largest city in Montana. Butte is located at the intersection between I-90 and I-15, which provide good transport links to the rest of the Rocky Mountains. The city also has a small airport with connections to Salt Lake City.

Bozeman is situated to the east of the West Pioneer Mountains in Gallatin County. It is the fourth-largest city in Montana with nearly 50,000 residents and it is a popular destination for outdoor recreation. Bozeman has the state’s busiest airport, so it’s a great place to fly into if you’re coming from further afield. 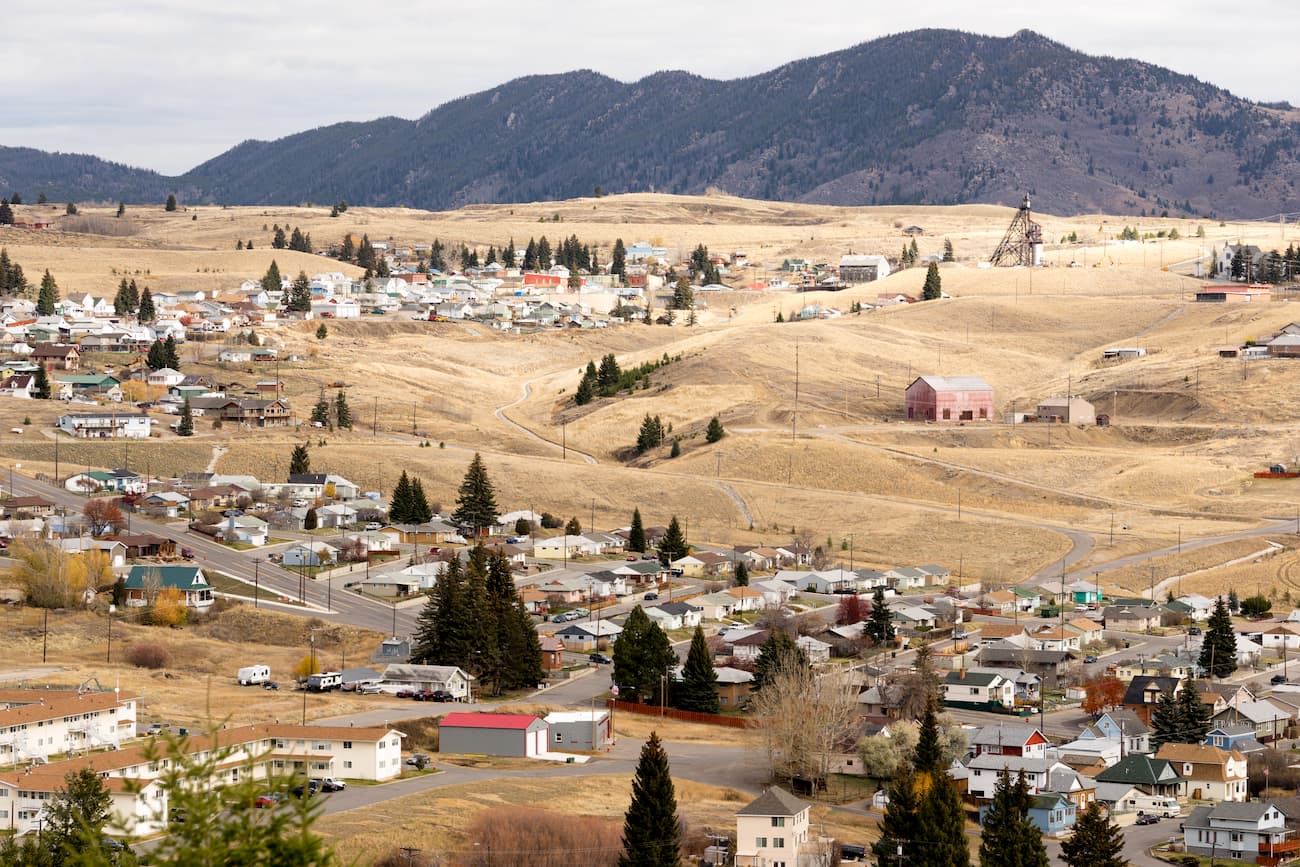 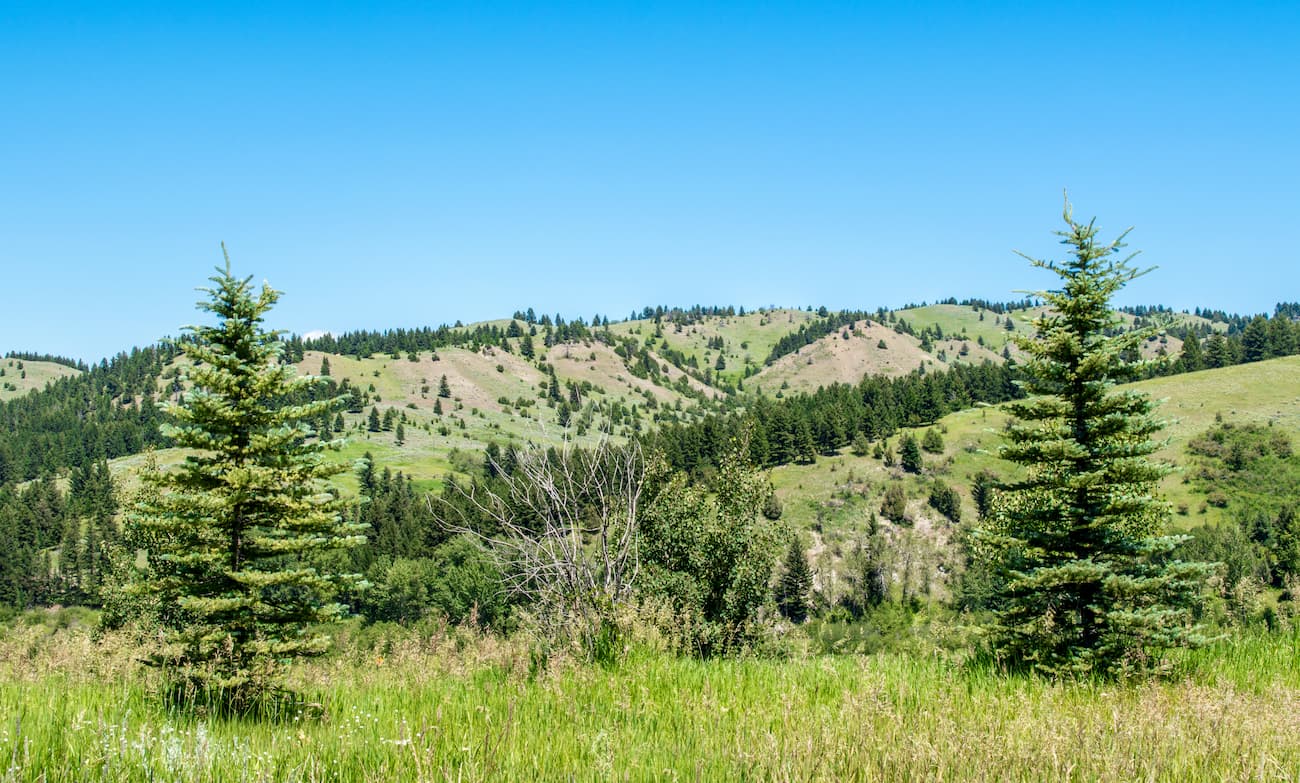 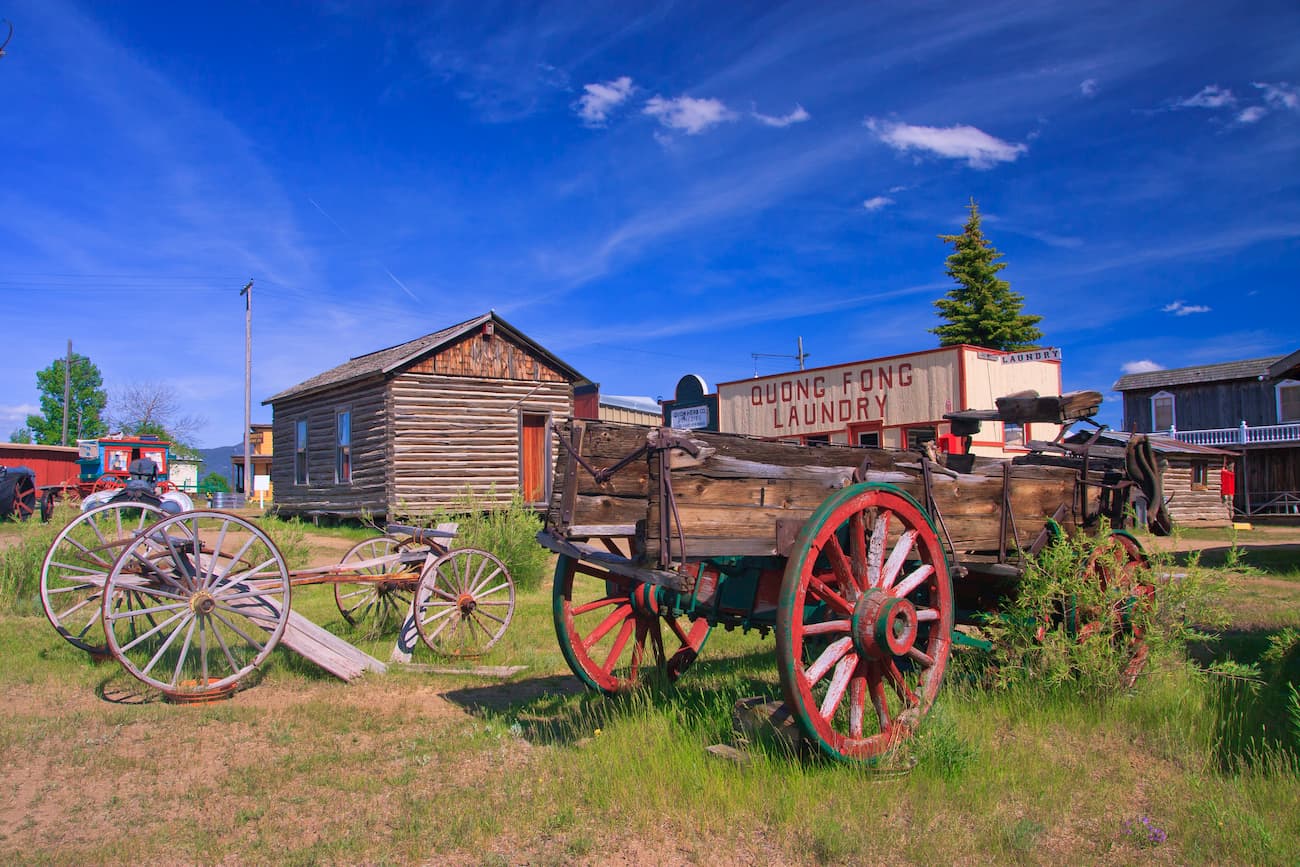 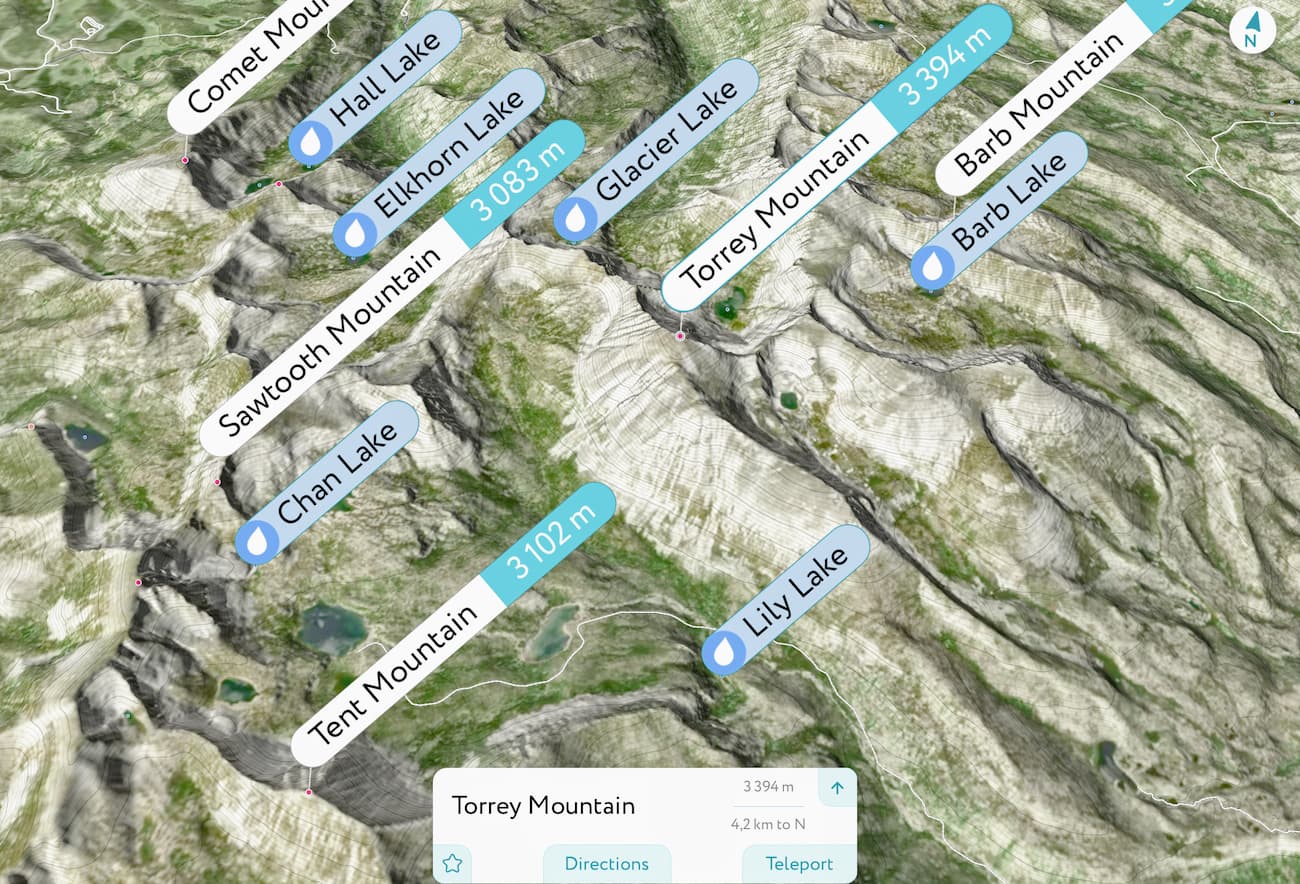 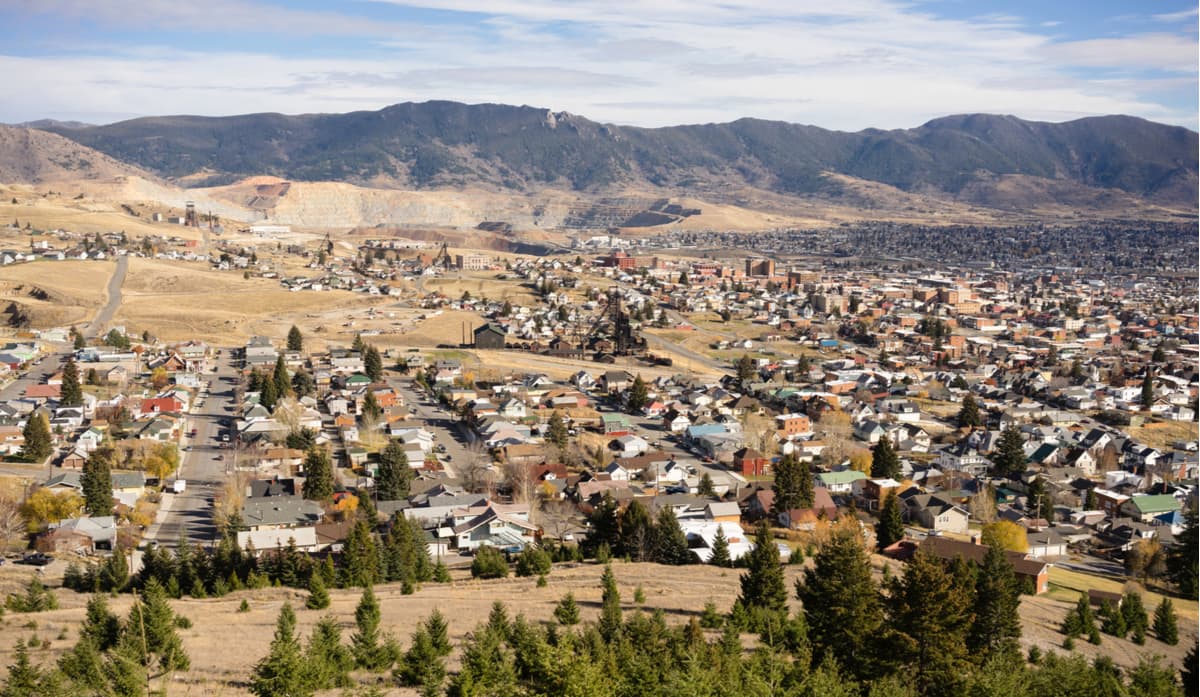