The Beartooth Mountains are a rugged range located in southern Montana and extending into northwestern Wyoming in the United States. The range is part of the Absaroka-Beartooth Wilderness that spans nearly 1 million acres across Montana. There are 74 named mountains in Beartooth Mountains. The highest and the most prominent mountain is Granite Peak at 12,776 feet. Granite Peak is the tallest mountain in all of Montana. The Beartooth Mountains lie northeast of Yellowstone National Park and they are considered to be part of the greater Yellowstone Ecosystem. The range got its name after Beartooth Peak, which closely resembles a massive bear tooth. 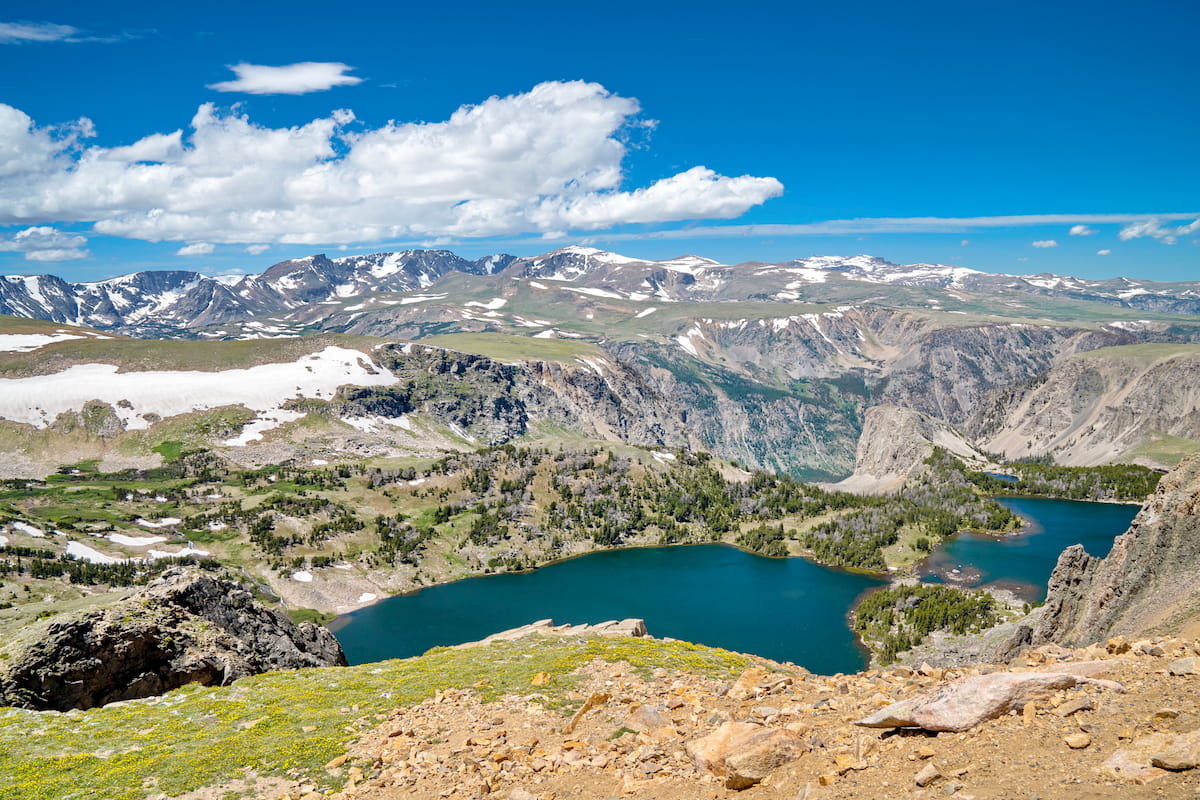 Being part of the greater Yellowstone Ecosystem, makes this range extremely unique and protected. The wilderness that encompasses the mountains stretches 34,375 square miles. The Beartooth Mountains are known for having some of the most pristine waters in all of the United States and have been classified as Outstanding National Resource Waters. Receiving the highest grade possible, allows the waters within these mountains to act as a baseline for comparing other water sources within the Rocky Mountains.

This pristine wilderness is home to grizzly bear, cougars, lynx, and even rare sightings of wolverines. The forested slopes intermixed with high altitude plateaus make the region an ideal habitat for some of the biggest herds of elk and bison in all of North America. Below 9,000 feet the region is heavily forested, with fields mixed throughout. However, at above 9,000 feet the trees thin dramatically to reveal the highest peaks in all of the state. There are over 25 peaks in the range that reach above 12,000 feet. And while the peaks are sure to impress, the Beartooth Range is also home to over 300 lakes. Accompanying the breathtaking landscape are seemingly countless waterfalls, reaching heights of over 300 feet. The pristine waters of the region are also fed by the 25 small glaciers that exist within the high peaks. The various mountains within the range are often clustered into three main groups surrounding three of the most distinct peaks; Granite Peak, Mount Wood, and Castle Mountain.

Beartooth Lakes Loop: This scenic and iconic high is 7.8 miles with just over 1,000 feet of elevation gain. The trail is a perfect way to experience the diverse landscape of the Beartooth Mountains. Hikers pass through wildflower meadows, pass six separate alpine lakes along the Beartooth Plateau, all with the rugged mountains painting a backdrop across the land. A moderate hike, that showcases some of the best features within the range.

Becker and Albino Lakes: This out and back route totals 12 miles with just 470 feet of elevation gain. The hike can also be shortened with the option to turn around at the first lakes before reaching Albino Lake at the end. Beside the pristine lakes lie Lonesome Mountain, Castle Mountain, and Sky Pilot Mountain.

Granite Peak Trail: As the highest peak in the Beartooth Mountains, and the entire state of Montana, reaching the summit of Granite Peak is no easy feat. The route is often completed over the course of two days. The trail totals 19.5 miles with 7,240 feet of elevation gain. The final stretch to the summit does require scrambling and some hikers choose to wear harnesses for extra safety. Once at the summit, hikers have panoramic views of the Beartooth Plateau, alpine lakes, along with Montana and Wyoming stretching in the distance.

Billings is the largest city in the state of Montana and lies just 1.5 hours northeast of the Beartooth Mountains. The population is approximately 110,000. The city is nicknamed the “Magic City” due to the rapid growth it received as a railroad after being established in 1882. Billings is often a popular place to stay as it has more hotels than within a five-state region. The city has an extensive trail network within the metro area while the surrounding lands are great for hiking, rock climbing, skiing, mountaineering, and biking. The city was named one of the 50 most bike friendly cities in America. 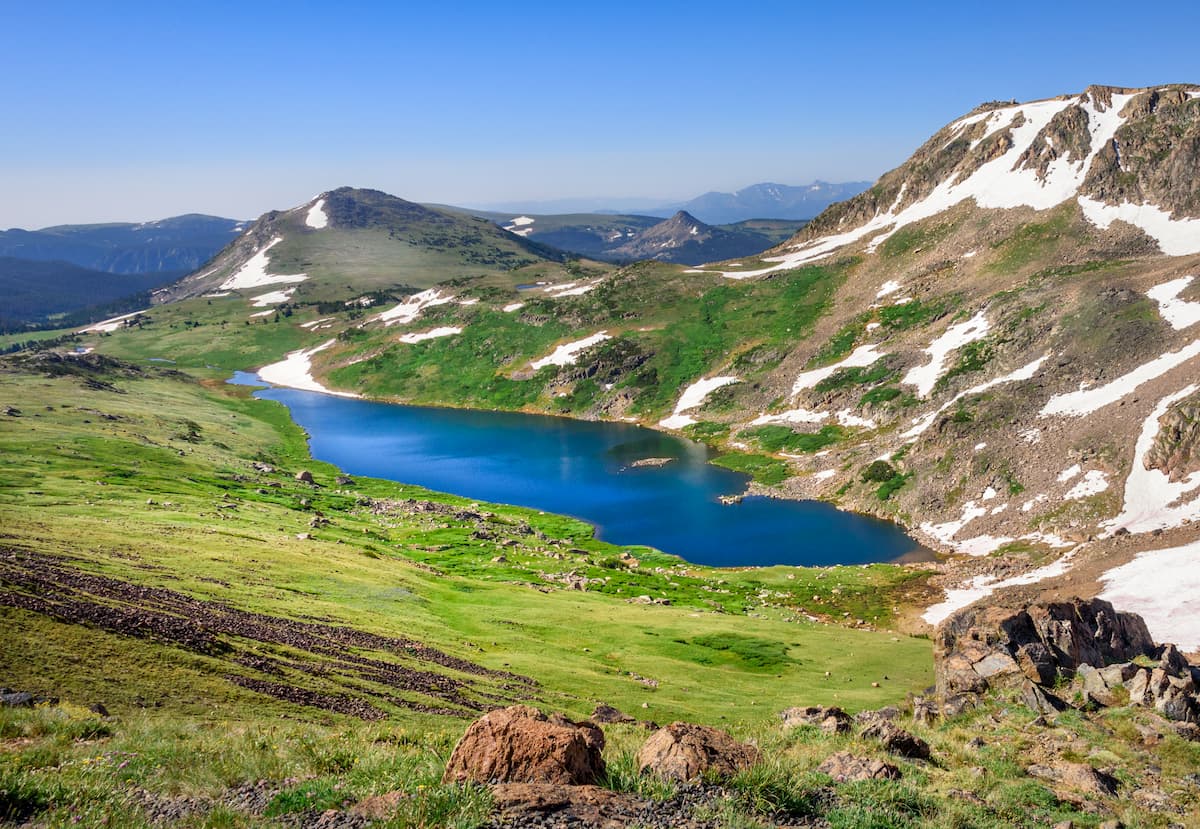 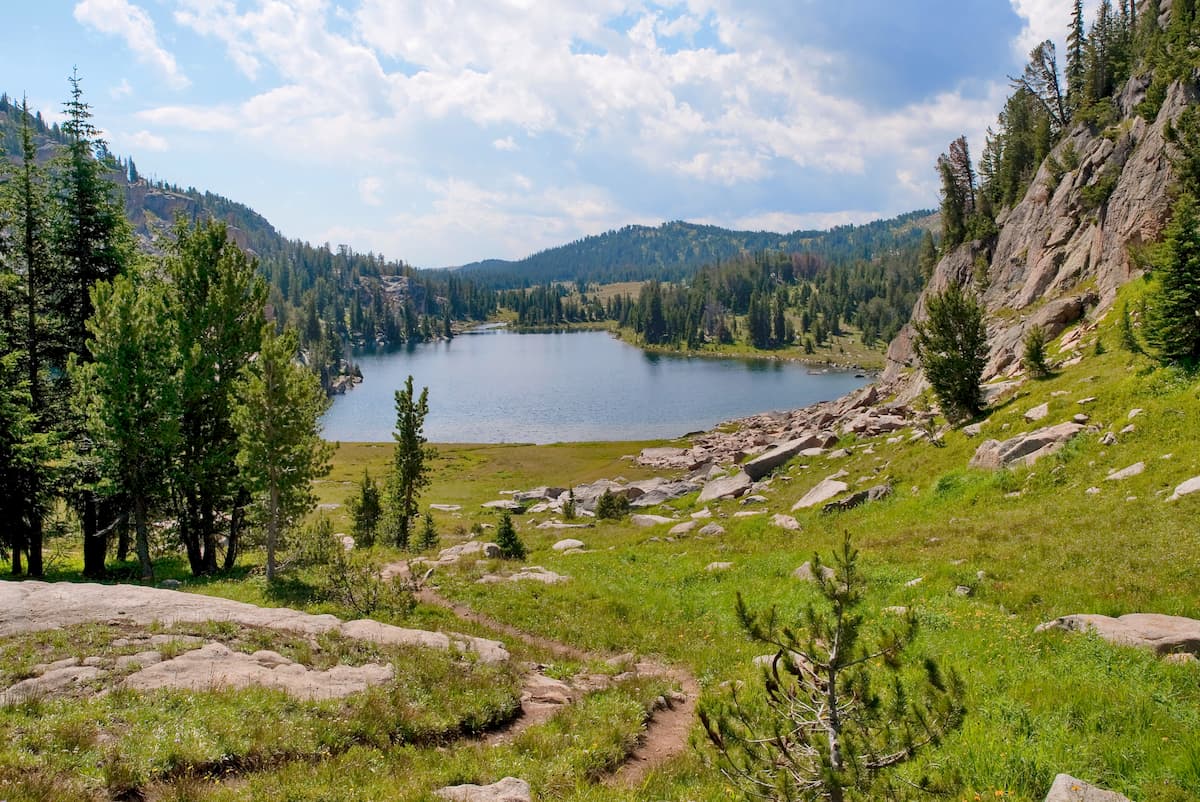 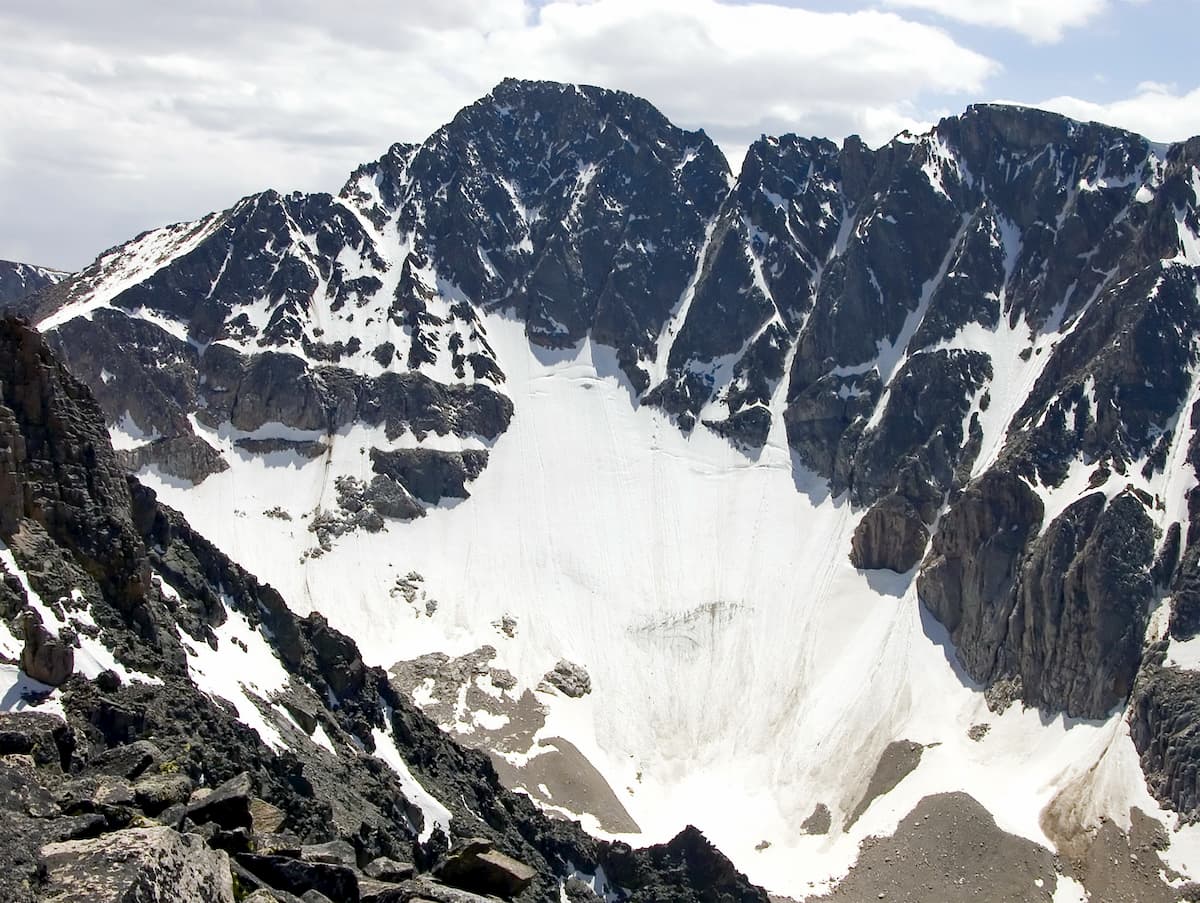 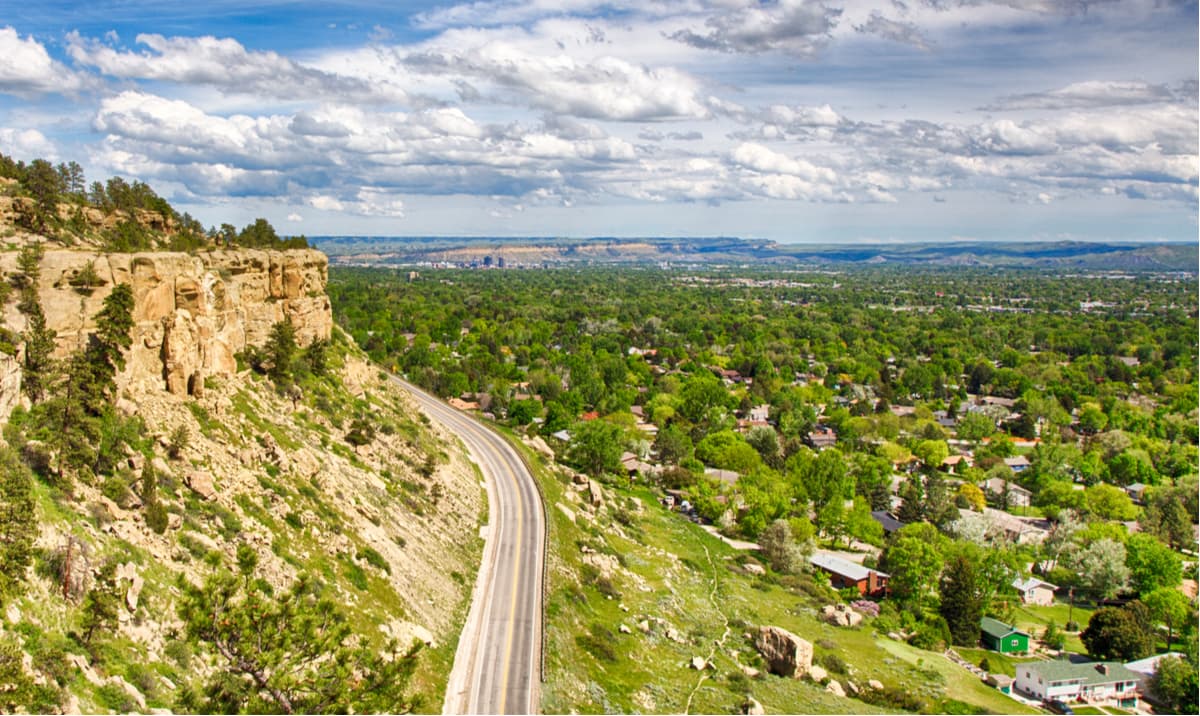 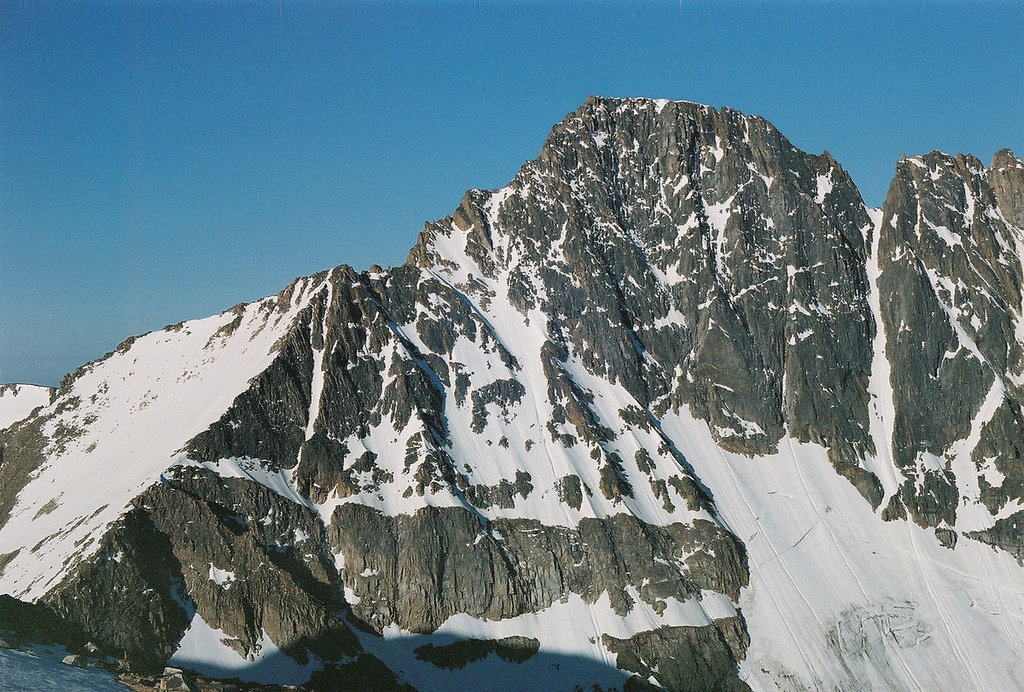 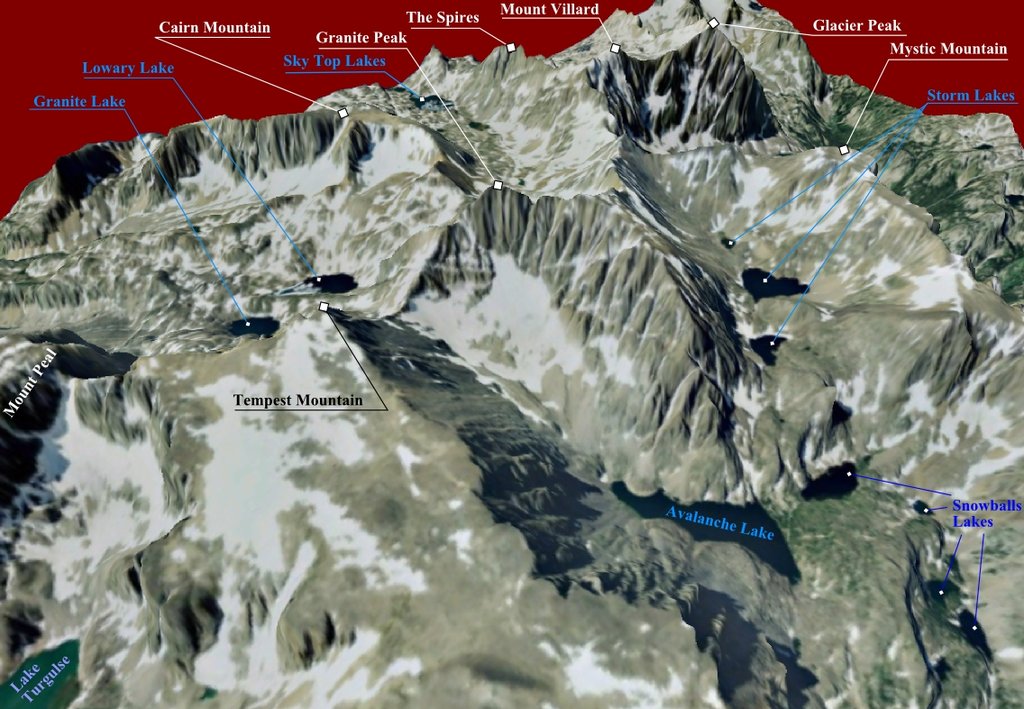