Characterized by rugged and jagged peaks, dense forests, and massive drainages, the North Absaroka Wilderness Area is a popular recreation destination in the northwestern part of the US state of Wyoming for anyone looking for true adventure in the mountains. The wilderness contains 37 named mountains, the highest and most prominent of which is Trout Peak (12,254ft/3,735m). 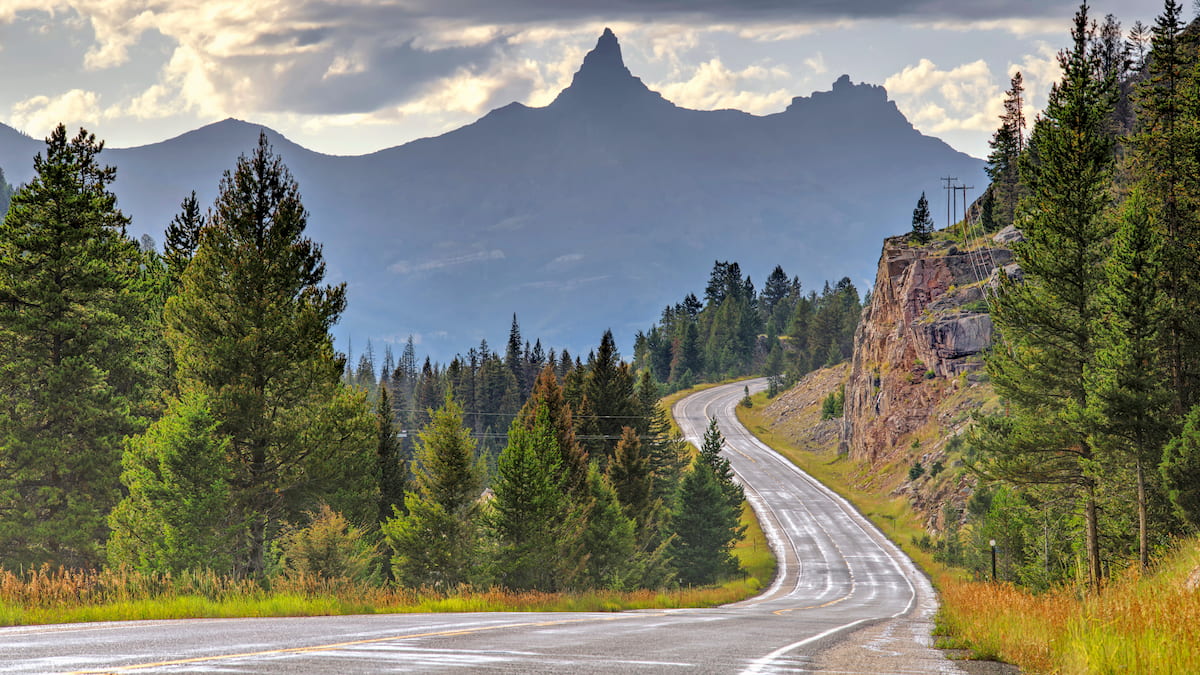 Known for its stunning mountainscapes, the North Absaroka Wilderness Area is a federally-protected region in the northwestern part of the US state of Wyoming, near the state’s border with Montana. It covers an area of about 350,488 acres (141,837 ha) within Park County.

The wilderness is situated within a heavily mountainous part of the state of Wyoming in the northern part of the Shoshone National Forest. In fact, it is part of a major agglomeration of federally-managed land that encompasses much of northwestern and west-central Wyoming, eastern Idaho, and southern Montana.

Aptly named, the North Absaroka Wilderness is bisected by the mountains of the Absaroka Range. The Absaroka Range is a long chain of peaks that extends from the southern part of Montana, all the way south through Wyoming until its terminus near the northern edge of the Wind River Range.

These mountains are also technically part of a larger system known as the Greater Yellowstone Rockies, which includes other nearby ranges, such as the Bighorn Mountains, the Gallatin Range, the Gros Ventre Range, the Teton Range, the Henrys Lake Mountains, the Beartooth Mountains, and the Madison Range.

For the most part, the Absaroka Range is composed of volcanic (igneous) rock, which formed before and during the Middle Eocene. During this time, the region was actually part of an active volcanic field.

The rocks that resulted from this period of volcanism now comprise the Absaroka Volcanic Supergroup. Much of this supergroup is made up of igneous rocks, but many others are volcaniclastic, which means they’re sedimentary rocks that are composed of igneous materials.

Moreover, the mountains within the North Absaroka Wilderness were heavily glaciated in years past, particularly during the height of the Pleistocene glaciation. Although there are no remaining glaciers in the North Absaroka Wilderness today, there are a few in other parts of the Absaroka Range and Beartooth Mountains. Evidence of this icy past can be seen in the region’s many beautifully sculpted geologic features.

This ecosystem is one of the largest temperate ecosystems on Earth that’s still mostly intact. As a result, there are a number of different plant communities that inhabit the North Absaroka Wilderness.

The lowest elevations in the North Absaroka Wilderness are predominantly sagebrush and grassland, though the generally high elevations of the region make these plant communities fairly uncommon.

As you move higher up in elevation within the wilderness, the landscape shifts and becomes forested, mostly with quaking aspen, lodgepole pines, and Rocky Mountain Juniper. Finally, the highest-elevation plant communities in the wilderness are forests of subalpine fir, Engelmann spruce, limber pine, and whitebark pine. These forests begin around 9,000 feet (2,700m) in elevation and terminate at the timberline.

Above these forests, the land is a mix of wildflower-filled alpine meadows, talus fields, and snow, which lead you to the summit of the wilderness’ highest peaks.

Wildlife is particularly abundant in the North Absaroka Wilderness and in the Absaroka Range as a whole. Encounters with and sightings of mule deer, elk, moose, bighorn sheep, mountain goats, marmots, and pikas are somewhat common, particularly in more remote parts of the region.

Other animals that roam the wilderness but that you’re unlikely to encounter include mountain lions, wolves, bobcats, and foxes. It’s also worth noting that both black bears and grizzly bears call the North Absaroka Wilderness home so proper bear precautions are necessary at all times.

If casting lines in alpine lakes sounds like your ideal way to enjoy time in the mountains, then the North Absaroka Wilderness may be what you’re looking for. Although alpine lakes are fairly infrequent in the wilderness, there are plenty of streams that are filled with rainbow, brook, brown, and cutthroat trout.

These days, the North Absaroka Wilderness is considered a wild area where humans are just visitors, but it’s important to recognize that humans have lived in this region for thousands of years. Long before the arrival of European and European-American settlers, many Indigenous tribes and nations called the land in and around the Absaroka Range and the nearby Wind River Range home.

Indeed, the region is considered the ancestral homelands and traditional territories of a number of tribes and nations, including the Crow Tribe (Apsáalooke), the Northern Arapaho Tribe, the Northern Cheyenne Tribe, and the Eastern Shoshone Tribe, among others.

Although it’s unclear exactly where he traveled, one of the earliest known Americans of European descent to visit the Absaroka Range and what is known as the North Absaroka Wilderness was probably John Colter. Initially part of the Lewis and Clark Expedition, Colter set out on his own at the end of the expedition to visit the greater Yellowstone Region.

Colter is believed to have been the first European-American to visit the Absaroka Range and he crossed the Continental Divide, likely at Togwotee Pass to reach the area that’s now called Jackson Hole, where he saw the Teton Range.

Some decades later, the region that is now the North Absaroka Wilderness was placed under federal purview for the first time, thanks to the lobbying efforts of Theodore Roosevelt. Roosevelt himself actually visited the Greater Yellowstone Area in the 1880s, and was instrumental in the creation of the Yellowstone Timber Reserve in 1891.

In 1905, when the US Forest Service was created, the Yellowstone Timber Reserve was renamed the Shoshone National Forest, making it the oldest national forest in the country.

Technically speaking, there are about 200 miles (320km) of trails in the North Absaroka Wilderness. However, the majority of these trails are poorly marked and infrequently maintained, so visitors to the region should be prepared to travel off-trail for the majority of their adventures.

Most trails in the wilderness follow major drainages, which can be very difficult to cross. As a result, hikers should be confident in their off-trail navigation and in their river crossing abilities before attempting any major expeditions in the North Absaroka Wilderness.

Moreover, the region is known for its grizzly bear population, so it’s imperative that hikers come prepared with both bear spray and a solid understanding of how to handle bear encounters.

With that in mind, there are a couple of somewhat fairly traveled trails in the region. These include the 34 mile (54.7km) North Crandall Trail and the 4.4 mile (7.1km) Copper Lakes Trail.

Need a place to stay before or after your visit to the North Absaroka Wilderness? Here are some of the top cities to check out:

Cody is a small city of about 9,500 residents that’s located just east of the North Absaroka Wilderness. It is a commercial and cultural hub of northwestern Wyoming and it has a small airport which is helpful for folks coming from further afield. The city is also a major destination for outdoor recreation, due to its proximity to great adventure spots like the North Absaroka Wilderness and Yellowstone National Park.

Located to the northwest of the North Absaroka Wilderness, the city of Bozeman is home to around 50,000 residents, making it the fourth-largest city in the state of Montana. The city is situated within driving distance of some of southern Montana and northern Wyoming’s most popular mountain ranges so it’s a great place to stay if you’re looking to visit the surrounding area.

Bozeman is also home to the busiest airport in Montana - Bozeman Yellowstone International - and it’s located along I-90, so it’s a fairly easy place to travel to.

The city of Billings is the largest city in Montana with a population of about 110,000 people. It is located to the northeast of the North Absaroka Wilderness, but it is still within a day’s drive of the region.

Billings is a bustling metropolis with a rapidly growing economy. It’s also within driving distance of a number of major outdoor destinations, including both the Absaroka Range and the Bighorn Mountains. 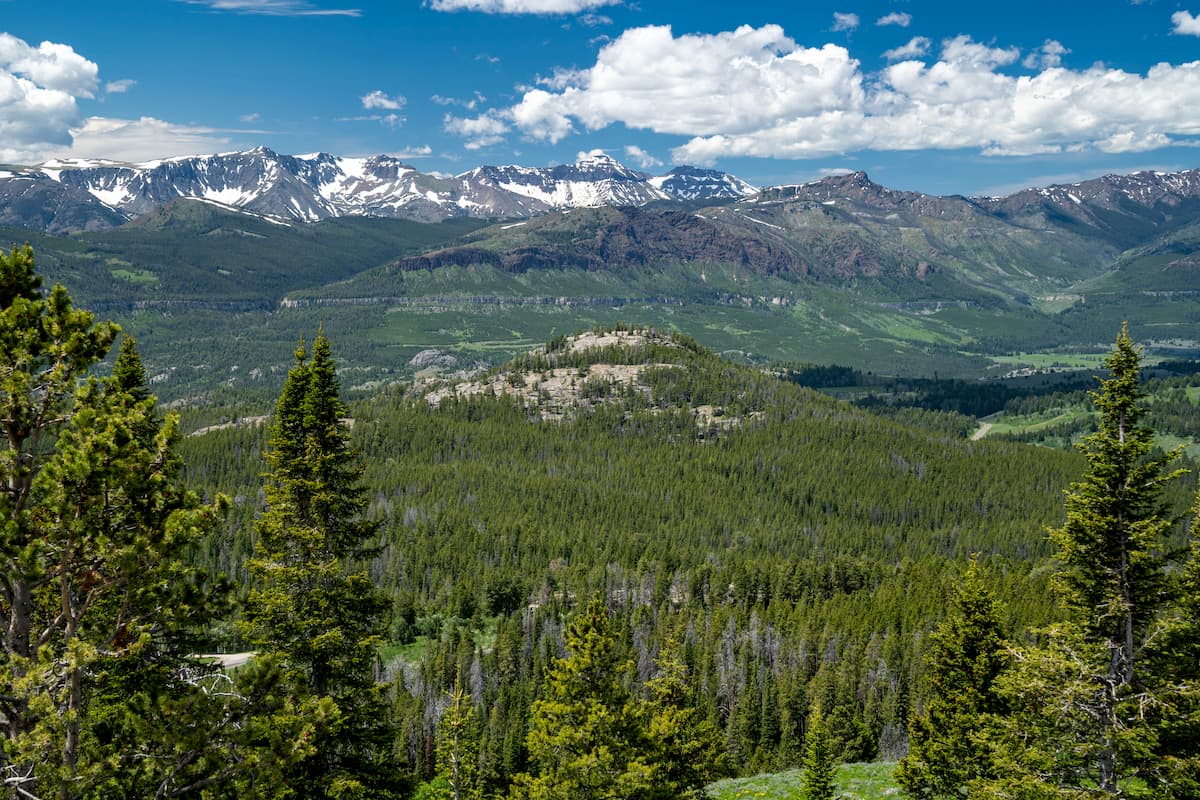 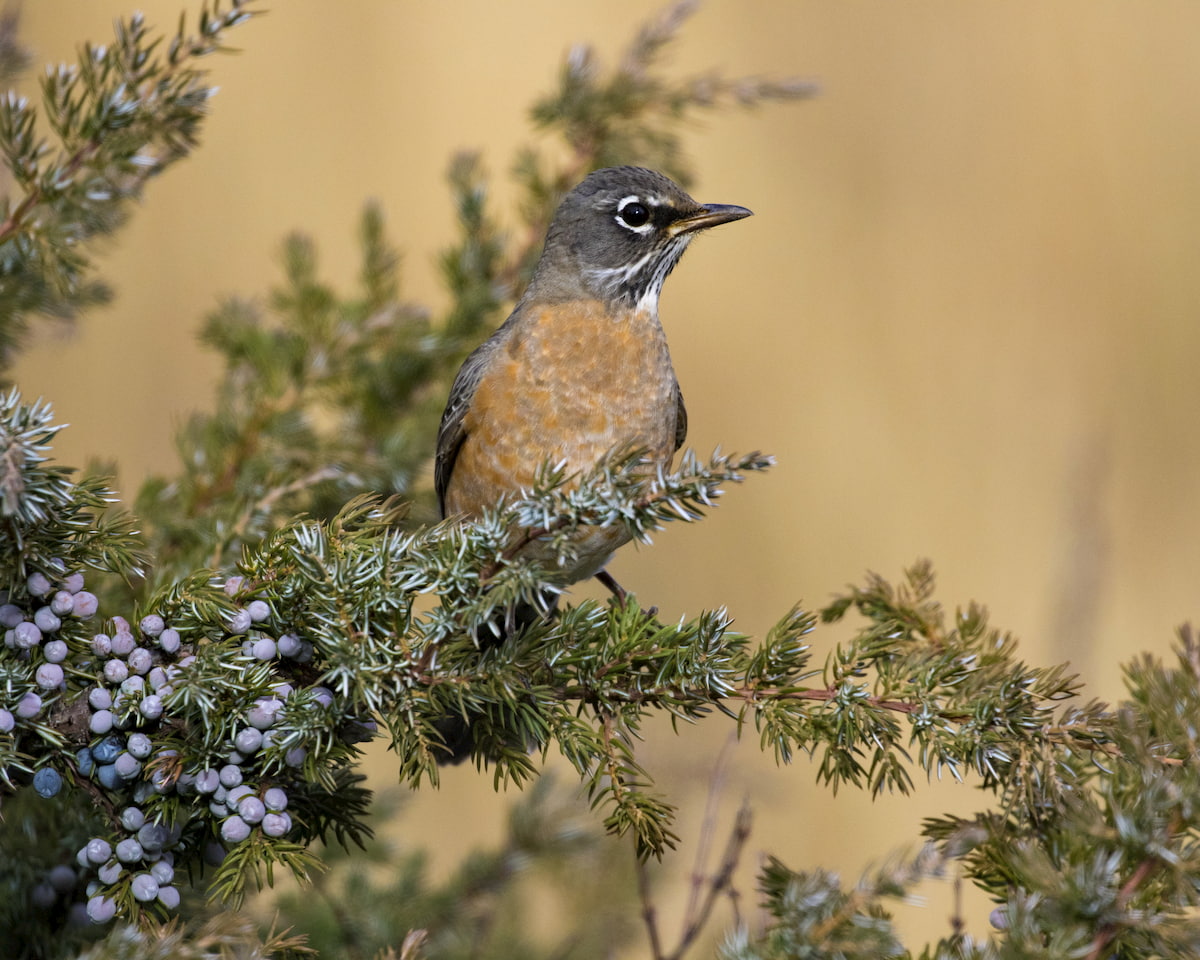 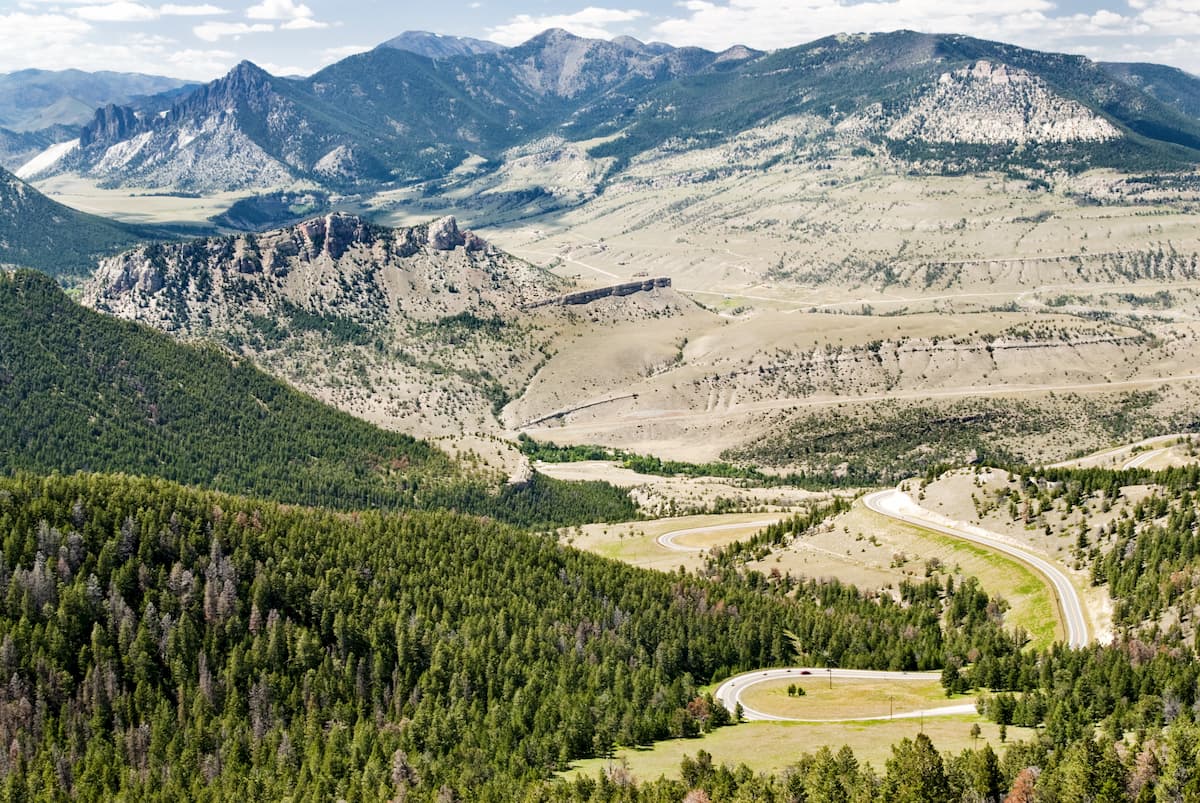 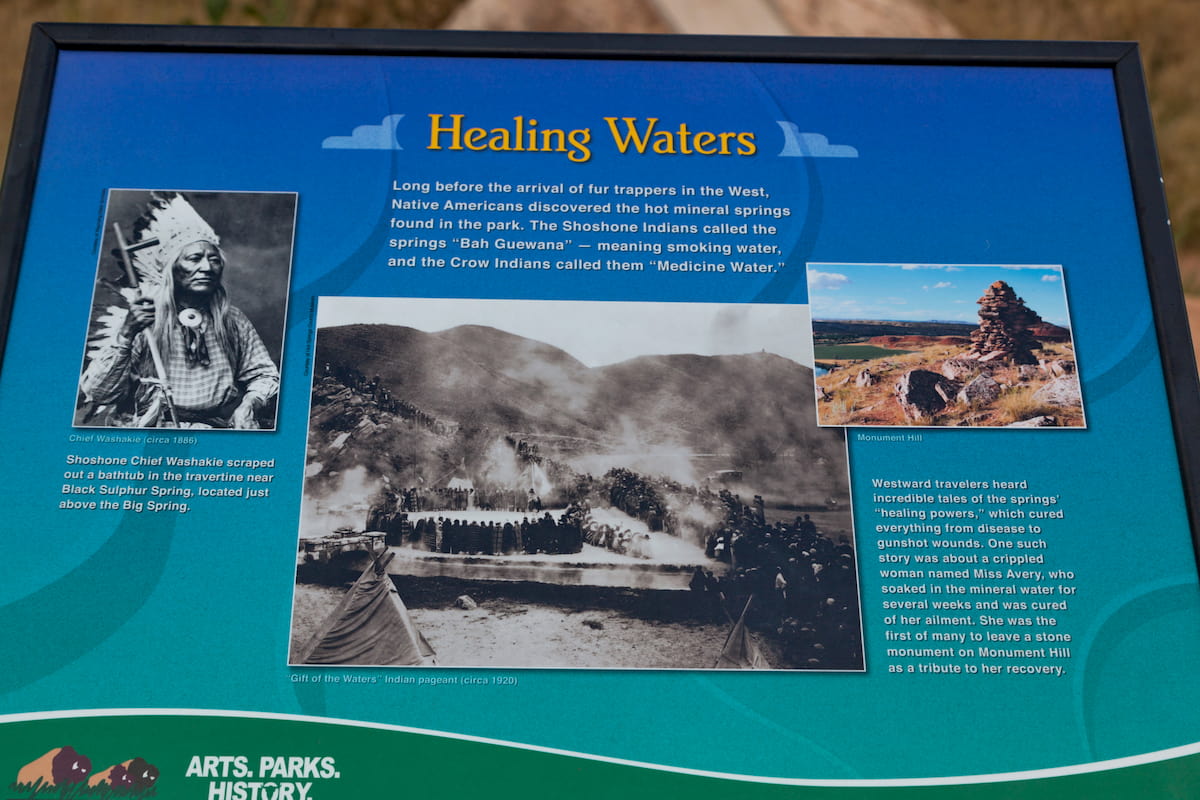 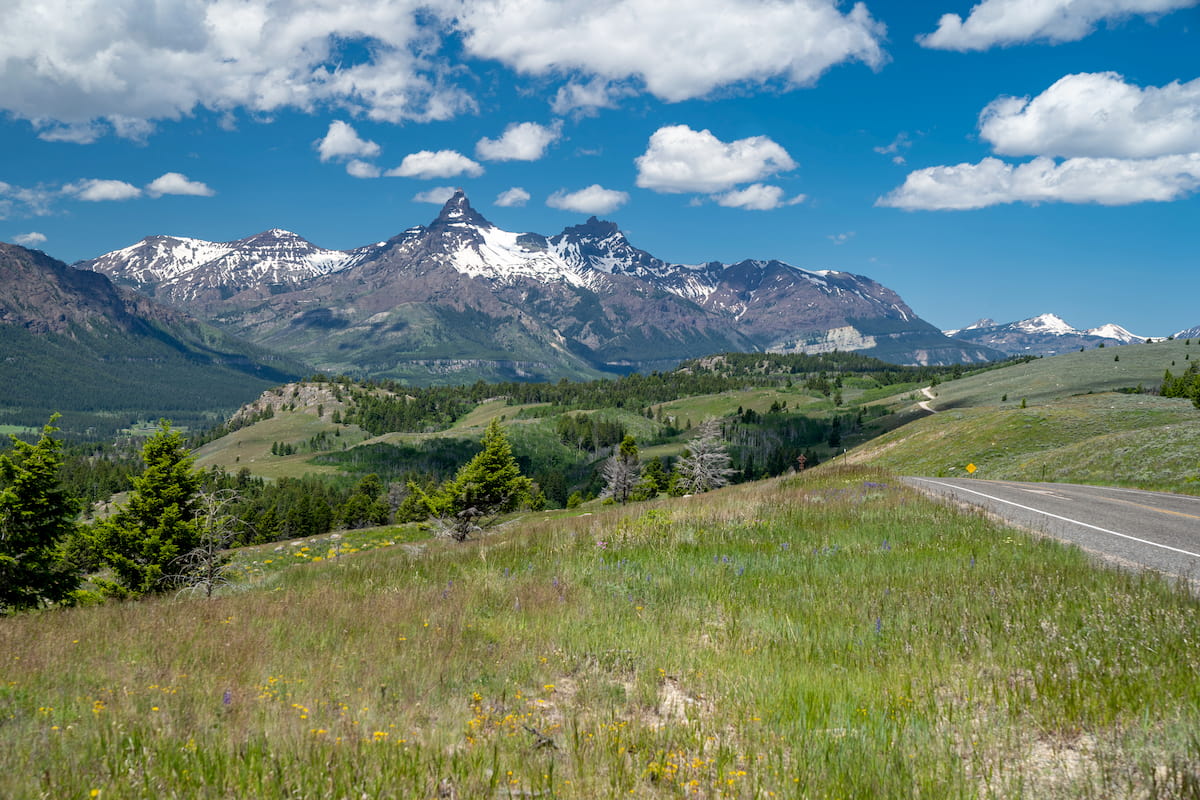 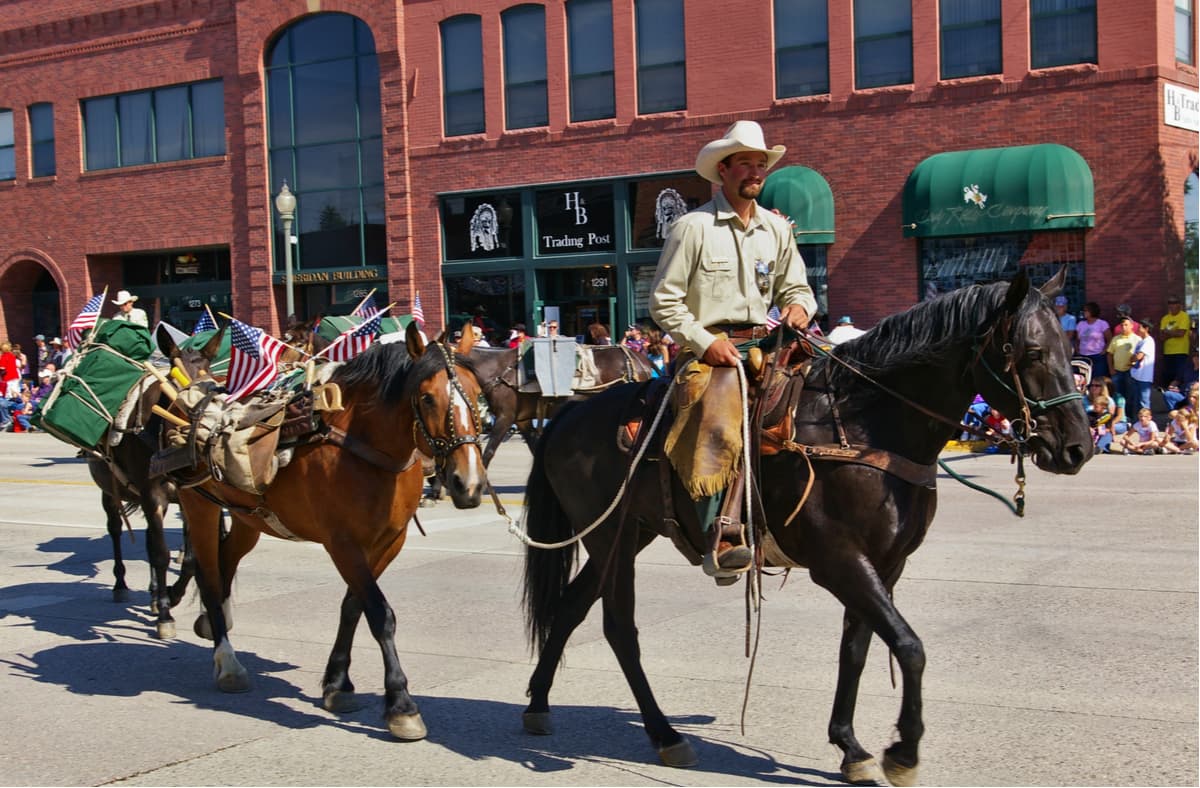