The Petrified Forest is one of the least visited National Parks in the states. The park, which spans over 200,000 acres of northeastern Arizona, is best-known for its fossils and fallen trees that lived in the Late Triassic Epoch 225 million years ago. But this park has a lot more to offer than world-famous petrified logs – it also protects acres of badlands, buttes, mesas, and ancient petroglyphs. There are 8 named mountains in Petrified Forest National Park. The highest and the most prominent mountain is Pilot Rock.

President Theodore Roosevelt created the Petrified Forest National Monument in 1906, and in 1962, the monument received national park designation. In 2004, President George W. Bush signed the Petrified Forest Expansion Act, which more than doubled the acreage of the park. In 2007, 2011, 2013, and 2016 even more acres have been purchased by or transferred to the National Park Service. 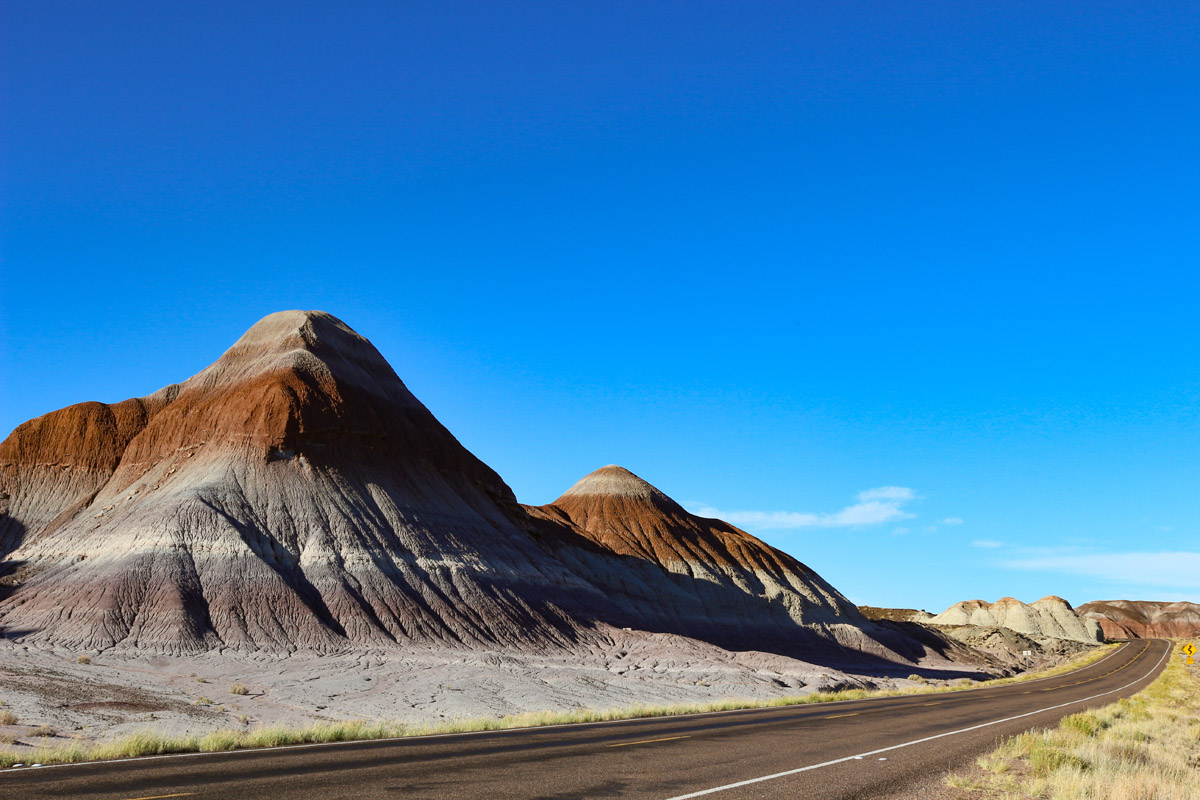 More than 50,000 acres of this land is designated Wilderness that spans the north and south end of the park. The Petrified Forest National Wilderness area is a particularly popular destination for backpackers looking to observe remnants of petroglyphs and 2,000-year-old stone houses built by early human settlers.

The Petrified Forest is mostly intermountain Basin semi-arid steppe and grassland. In other words, it’s relatively barren in appearance. Nevertheless, the park protects and preserves some of the best remnants of grassland in northeastern Arizona. In fact, this region contains over one hundred native species of grass. So, despite the sparse landscape, the park protects an important population of plants and animals.

Despite the region’s extreme temperatures, hundreds of species of plants and animals thrive within the park boundaries including coyote, bobcat, Arizona tiger salamander, golden eagle, and pronghorn. Many of the plants and animals survive by both physical and behavioral adaptations. For example, many park animals are nocturnal, an adaptation that helps them both avoid scorching summer temps and evade predators.

The Petrified Forest is the only national park that contains a segment of the Historic Route 66, a roadway that once spanned from Chicago to Los Angeles. Route 66, which has also been known as the ‘main street of America,’ one of the country’s first roadways and for many is represented freedom, exploration, opportunity, and adventure.

This region also contains over 10,000 years of human history and 800 archeological and historic sites. Not to mention, the park’s namesake attraction – petrified wood – which is made up of almost solid quartz. Over 200 million years ago, the logs washed into an ancient river system before being buried by massive amounts of sediment and debris. Today, vibrant and glittering petrified trees can be found strewn across hills and cliff faces throughout the park.

Visitors can experience the park via the main park road which stretches for 28 miles. Several scenic viewpoints offer scenic photo ops. However, arguably the best way to explore the park is on foot. The park contains several maintained hiking trails that vary in length from less than a mile to 3 miles. Although there are no designated campsites or accommodations within the park, visitors that want to spend a night under the stars can pick up a free backcountry permit and head to one of the park’s wilderness areas.

This 1-mile unpaved footpath winds through the rim woodland to stunning views of the Painted Desert. The Painted Desert is nearly 120 miles long and 60 miles wide, earning its name from its colorful stratified layers of siltstone, mudstone, and shale. This trail is guaranteed to make you appreciate the vastness of these Arizona badlands.

The Blue Mesa trail travels for a mile from the mesa top to the floor of the valley, traveling through both the blueish bentonite badland hills and the park’s beloved petrified wood. In every direction, hikers will be surrounded by towering hills banded by colorful layers of silt and sand.

The restored Agate House has stood alone on the top of a small hill in Rainbow Forest since its excavation in the 1930s. The original structure, an eight-room pueblo, was built and occupied sometime between 1050 and 1300. Ancestral Puebloan people once used petrified wood as building materials, and this 2-mile trail enables visitors to get up close and personal with one of these historic structures.

The .75-mile Crystal Forest trail was named after beautiful crystals that can be found in petrified logs along this footpath. So, if you’re visiting the Petrified Forest to experience the park’s infamous petrified wood, you can’t go wrong with the Crystal Forest.

There are no hotels or lodges in the Petrified Forest, but nearby cities like Holbrook, which is just 20 miles from the park entrance, and Flagstaff offers visitors plenty of places to grab a bite to eat and get a good night’s rest. East of the park, the closest hotels and motels are 70 miles away in Gallup, New Mexico.

Holbrook, in particular, is a popular destination for visitors to the park. Holbrook is a charming town nestled within the Painted Desert. The town features several historical sites and is rich in Old West and Pioneer History. Not to mention, it’s nearby noteworthy attractions like the Homolovi Ruins, Window Rock, and Canyon de Chelly. 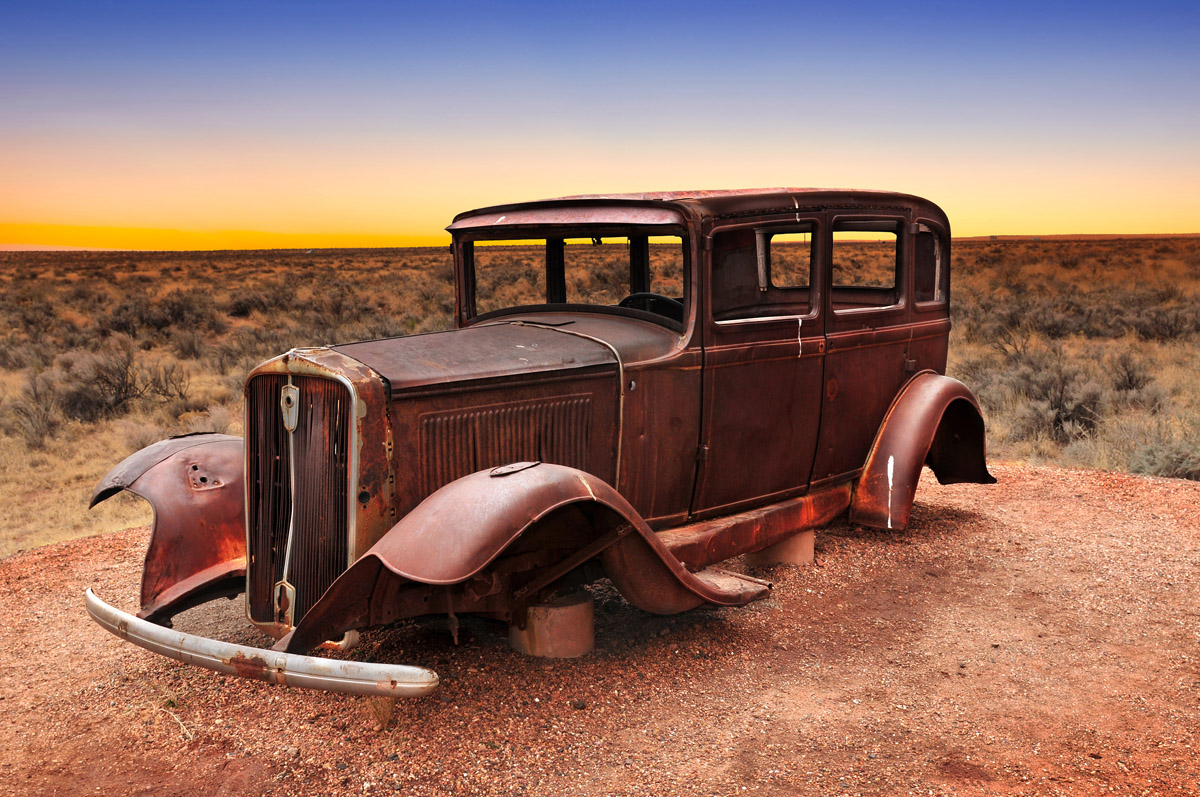 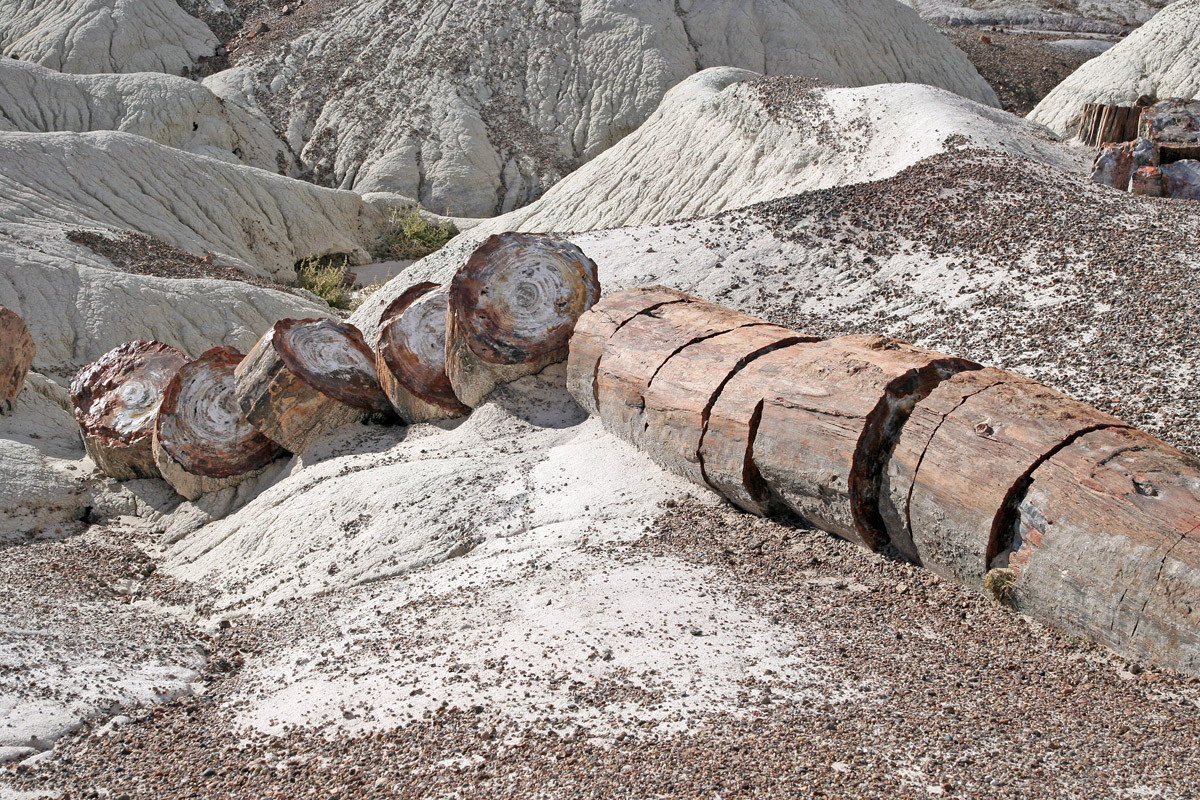 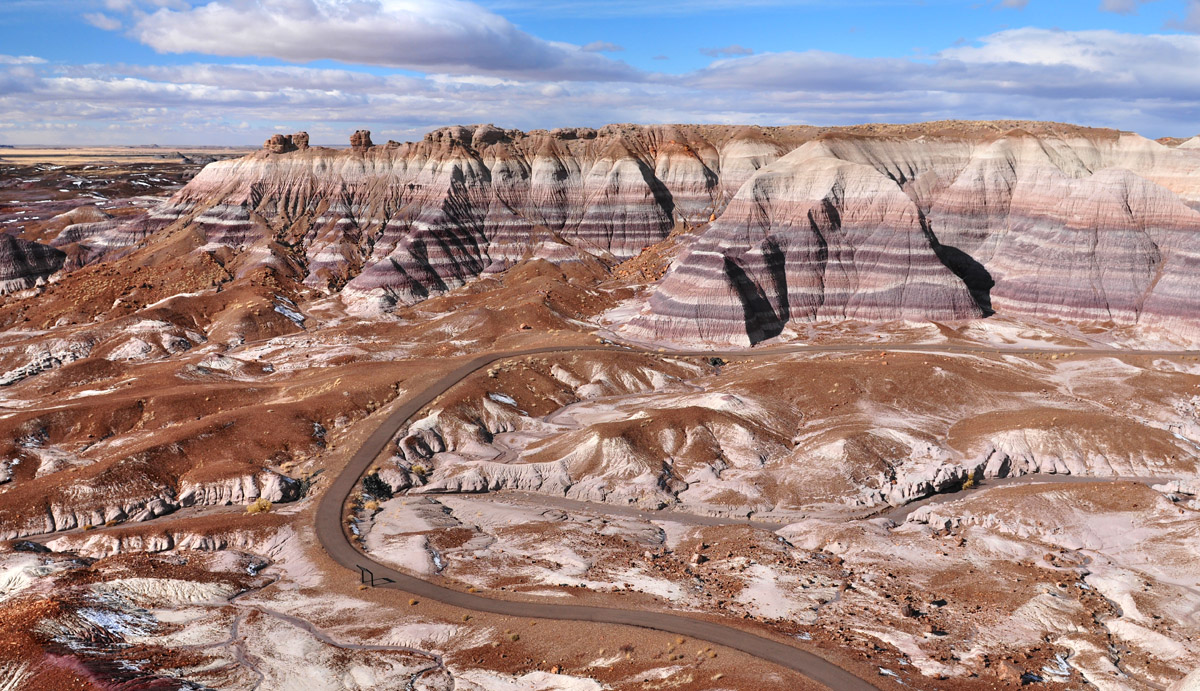 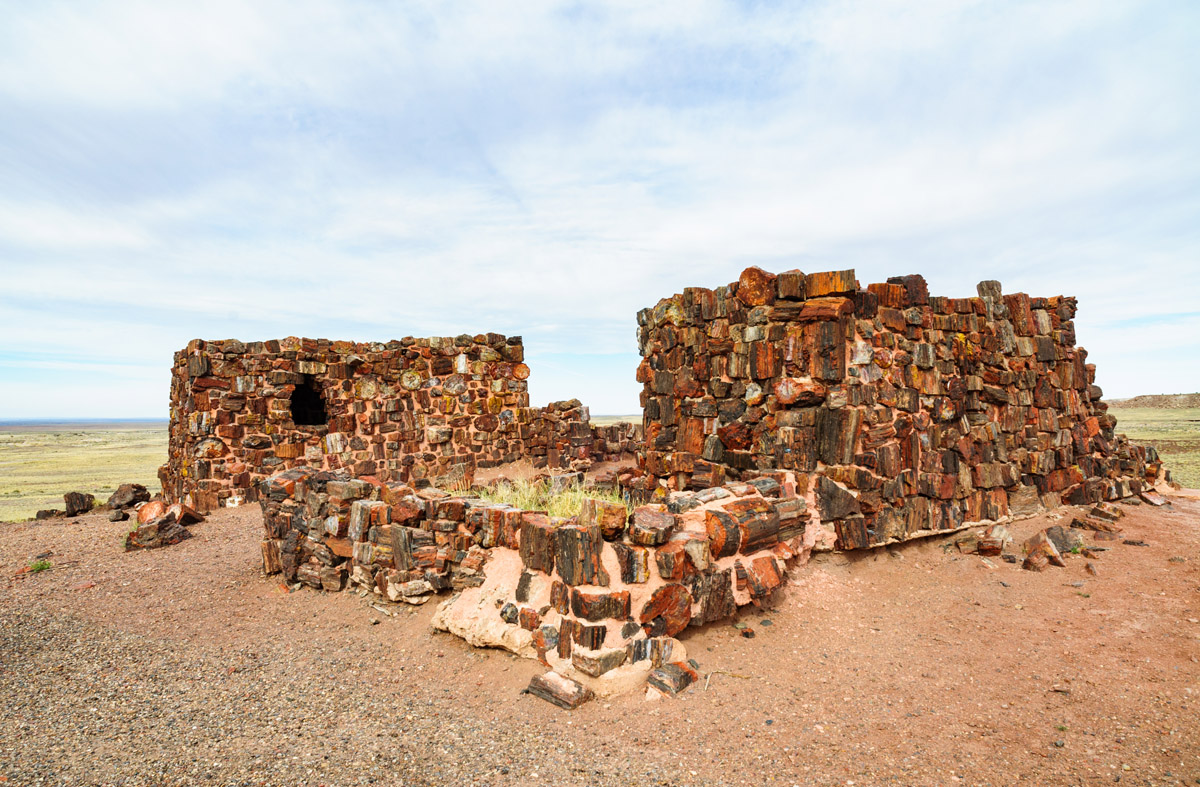 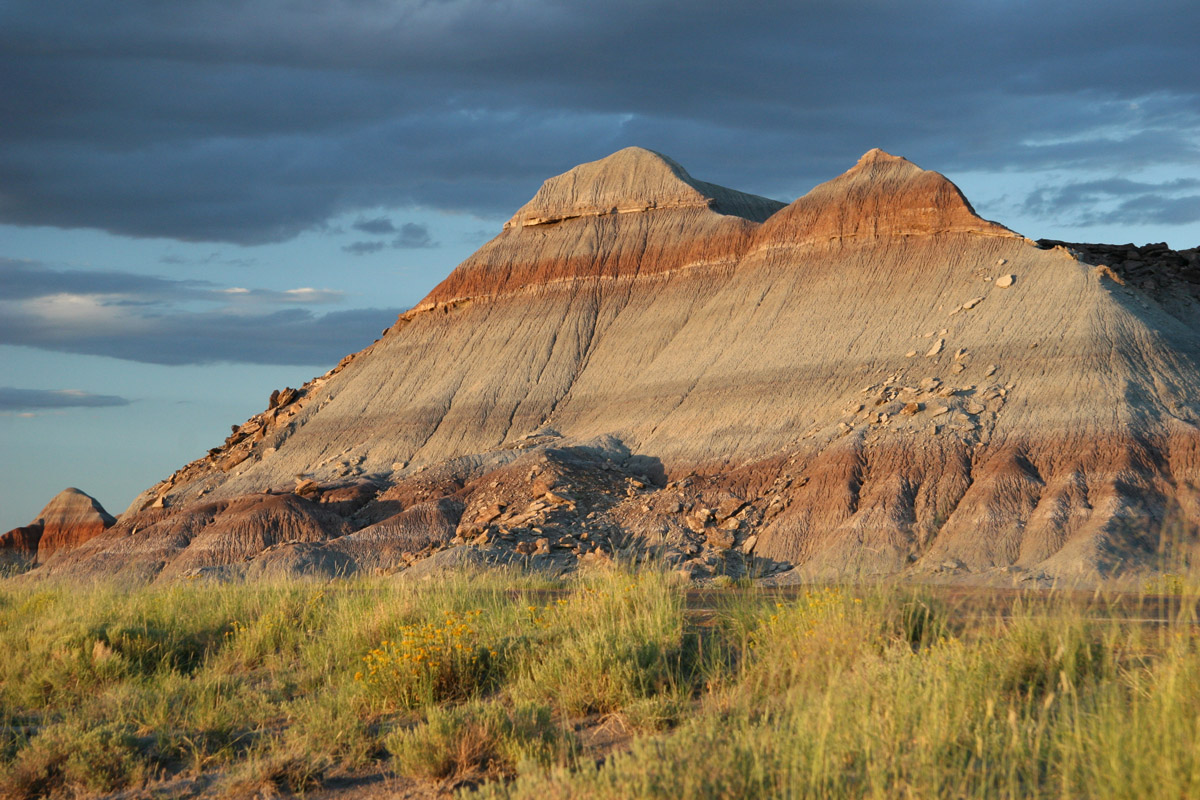