The Hong Kong Special Administrative Region of China offers some of the best urban hiking in the world. There are 552 named peaks in the city, with the highest and most prominent one being Tai Mo Shan (957 m/ 3,140 ft). 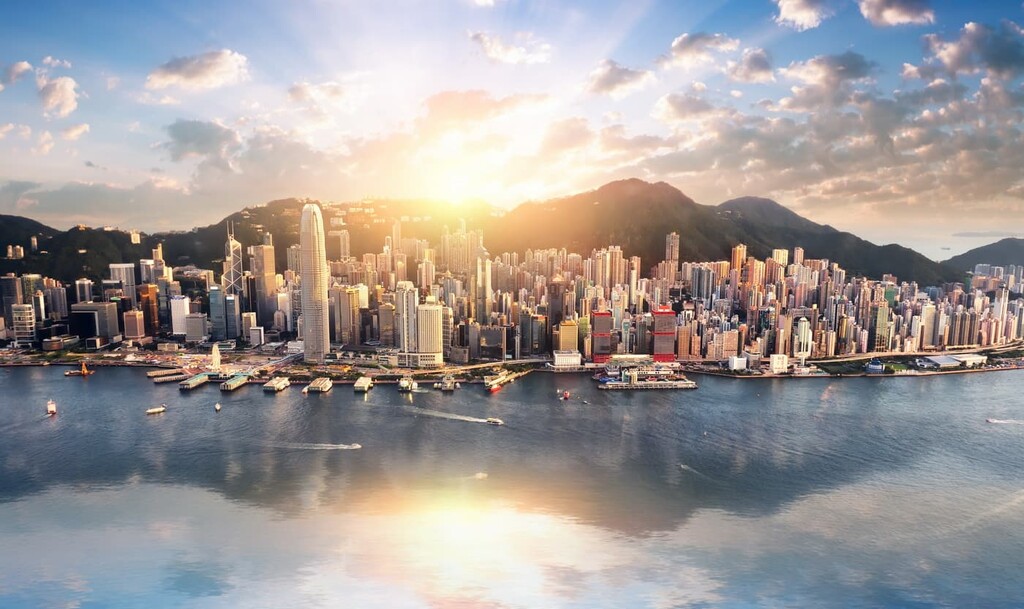 Hong Kong (香港) is a city of 7.5 million people in Guangdong province on the southeastern coast of China. At the latitude of 22.3 degrees north of the equator, it has a subtropical climate with hot summers, warm winters, and a high average humidity.

The city boasts about 1,180 km (733 mi) of coastline and 100 beaches. Apart from the northern end of New Territories, which borders on the city of Shenzhen in Mainland China, the rest of the city is surrounded by the South China Sea.

The terrain in Hong Kong is very hilly, and most of the flatlands are found in the northern part of the city. The most heavily built-up areas are in Kowloon and northern Hong Kong Island, like the neighborhood of Mong Kok, which has a population density of 130,000 people/sq. km (336,700 people/sq. mi), making it the busiest district in the world according to the Guinness World Records.

In contrast to its overcrowded urban centers, 40 percent of the territory is protected land, including 24 country parks (with one more on the way) spread all over the city. They are listed as follows according to their location.

Outside the country parks, there are 11 smaller “special areas” designated for protection because of important ecological or geological value. Most of them are small islands in eastern New Territories. The following is a list of the areas:

Much of Hong Kong was formed by lava and ash from a massive volcanic eruption some 140 million years ago. Known as the High Island Supervolcano, the ancient formation is one of about fifty supervolcanoes ever found on Earth. The submerged remnants of its 18-kilometer (11-mile) caldera were only discovered in 2012.

Three quarters of the rocks in Hong Kong are igneous rocks. The highest elevations in Hong Kong are usually made up of volcanic rocks, which are more resistant to the weathering processes in the city’s subtropical climate. Lower and flatter terrain, on the other hand, largely consists of less resistant granitic rocks.

Metamorphic rocks in Hong Kong, which account for less than 1 percent of the land surface, are sedimentary rocks transformed by high heat and pressure. The iron-bearing metamorphic rocks in Ma On Shan sustained a mining operation for 70 years with a workforce of 6,000 in its heyday in the 1950s and 60s.

The mild and humid climate of Hong Kong nurtures a rich diversity of plants, including more than 3,000 vascular plant species. It is the northern limit of the distribution range of many tropical species typical of Southeast Asia.

Most of the native forests were lost to centuries of human activities, especially during World War II when the Japanese invaders cleared vegetation for fuel. After the war, extensive reforestation and nature’s resilience have restored the vegetation cover, and now the forests can be classified into montane forests, low-hill forests, lowland woodlands and river-bank woodlands.

What little native forests left are mostly feng shui forests unique to southern China. In the old days, people traditionally built villages in front of native woodlands that served to shelter houses from strong winds, to protect slopes from erosion, and to reputedly block evil spirits.

The villagers grew fruit trees and other plants with economic/medicinal value on the edge of these forests, making these “enhanced” forests exceptionally rich in biodiversity despite their average size of one hectare (2.5 acre). Nowadays, more than 100 feng shui forests are preserved, mainly in New Territories.

Shrublands and grasslands are also common plant communities in Hong Kong. Wetlands can be found on the coast, mostly close to the estuary of Pearl River in Mainland China. The wetland area in the city at Mai Po Inner Deep Bay is recognized as a Wetland of International Importance under the Ramsar Convention.

Path along with Ngong Ping 360 cable car to Lantau Island,

More than 550 species of birds, including residents, migrants and visitors, have been recorded in Hong Kong. Positioned in the middle of a major migratory route, the East Asian-Australasian Flyway, the city is an important wintering ground for migratory birds such as the iconic black-faced spoonbill.

There are nearly 100 species of reptiles in the city, including the Burmese python which can reach up to 6 meters (19.7 ft) in length. 25 species of amphibians have been recorded, including the diminutive Romer’s tree frog endemic to Hong Kong.

The city is also a sanctuary for more than 200 species of butterflies like the flamboyant swallowtails, and over 100 species of dragonflies such as the Hong Kong clubtail. Another noticeable member among the insect fauna is the firefly, and there is even a species named after the highest peak in Hong Kong—the Tai Mo Shan elephant firefly.

The city has over 50 species of terrestrial mammals, nearly half of which are bats. Other mammals commonly found in the countryside include Eurasian wild pigs, porcupines, civets and barking deer.

Human activity in Hong Kong dates back to the Old Stone Age, as suggested by the discovery of a tool-making site in Sai Kung in 2006. With a history of 35,000–39,000 years, the site is the earliest archeological evidence found in the city so far.

The region was part of the immense Chinese empire from the Qin Dynasty (221-206 BCE) until British colonization in the nineteenth century. People made a living by farming, fishing, salt production and pearl harvesting. By around 900 CE, the families of Tang, Man, Hau, Pang and Liu started settling in the region, and went on to become the “Five Great Clans” of New Territories.

In 1842, Hong Kong Island was ceded to the British following Imperial China’s defeat in the First Opium War. China was then defeated again in the Second Opium War during the late 1850s, resulting in the cession of Kowloon in 1860 and the leasing of New Territories for 99 years from 1898 to 1997. Within a century, Hong Kong grew from a fishing port with about 30,000 people to a trading port with over a million residents.

British colonial rule was interrupted during World War II, when the city fell to Japanese troops on December 25, 1941 (also called “Black Christmas”) and was occupied until the Japanese surrendered in 1945. Simply known as “3 years and 8 months” to local residents, it was the darkest period in Hong Kong’s history that saw the population shrink from 1.6 million to 600,000 because of starvation and illness, among the many ravages of war.

The population expanded again after the restoration of British rule in 1945, especially during political upheavals in Mainland China that resulted in immigration to Hong Kong. Rapid urbanization and development of the industrial and commercial sectors transformed it into an international city.

The city was returned to Chinese rule in 1997 and became a Special Administrative Region of China. The policy of “One Country, Two Systems” has granted the city a certain degree of autonomy, such as keeping its own passport, currency and Olympic team. People travelling between Hong Kong and the rest of China are required to go through border control.

To this day, Hong Kong is a leading global financial center with one of the top five stock exchanges in the world. It is also known for having the least affordable housing market in the world, though the locals are lucky to have all those country parks that make it easy to get away from their tiny apartments.

Hong Kong has made world-class hiking extremely accessible and affordable. With more than 20 country parks packed into a small land area, nowhere in Hong Kong is more than a few kilometers from one of these recreation destinations. All the parks can be reached by public transport and it is free to visit them and use their campsites.

While each country park has its own hiking trails, there are four long-distance trails connecting the parks, making it possible to hike around the city from end to end. Here is an overview of the trails.

Crossing the city from east to west, this 100-km (62-mi) trail has been named as one of the world’s 20 dream trails by National Geographic. It passes through 8 country parks in New Territories and Kowloon from Sai Kung on the eastern side to Tuen Mun on the western side.

The MacLehose Trail is made up of 10 sections that vary in difficulty and length. Highlights of the trail include stunning beaches in Sai Kung, the peak of Tai Mo Shan (the highest vantage point in the city), and Tai Lam Chung Reservoir, which is also nicknamed “thousand-island lake.”

The trail hosts many trail-walking and trail-running competitions, such as the Oxfam Trailwalker fundraising event and the Hong Kong 100 Ultra Marathon.

This trail meanders through Hong Kong Island from west to east in 8 sections, many of which are suitable for beginners and families. Despite its relatively short length of 50 km (31 mi), the trail packs a punch in scenery, showcasing some of the most popular attractions in Hong Kong.

On the northwestern side, Victoria Peak stands as the perfect backdrop to the skyscrapers along Victoria Harbour, forming one of the most iconic skylines in the world. On the southeastern end, the ridge of Dragon’s Back overlooks a photogenic country club, secluded beaches and the vast South China Sea. The ridge has been named Asia’s best urban hike by Time Magazine.

Traversing the city from Stanley on the southern end to Nam Chung in the north, this trail is the only one that passes through all of the city’s three main regions of Hong Kong Island, Kowloon and New Territories.

The trail offers a taste of various and often contrasting sides of Hong Kong, from the colonial vibes at Stanley to the indigenous culture in northern New Territories, and from a leisurely stroll along Shing Mun Reservoir to a gruelling climb up the range of Pat Sin Leng.

The 78-km (48-mi) trail consists of ten sections with 15 km (9.3 mi) outside country parks, since the eight parks it passes through are not all contiguous. Moreover, traveling from Hong Kong Island to Kowloon entails crossing Victoria Harbour by vehicle/ferry/MTR train.

Starting and ending at the beachfront town of Mui Wo, this 70-km (43-mi) trail loops around the southern part of Lantau Island in 12 sections. While other long-distance trails span over multiple country parks, Lantau Trail basically stays within Lantau South Country Park, which is by far the biggest park in the city.

Set among some of the most remote countryside in Hong Kong, the trail presents nature at its most pristine. The first six sections take hikers deep into the island’s rugged interior over some of the highest peaks in the city, including Lantau Peak and Sunset Peak. The last six sections mostly follow the coastline through deserted beaches and crumbling villages.

Wisdom path at the hills of Ngong Ping on Lantau Island, 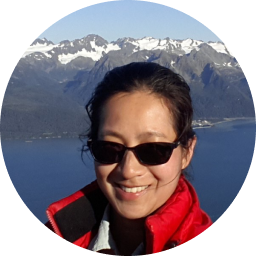 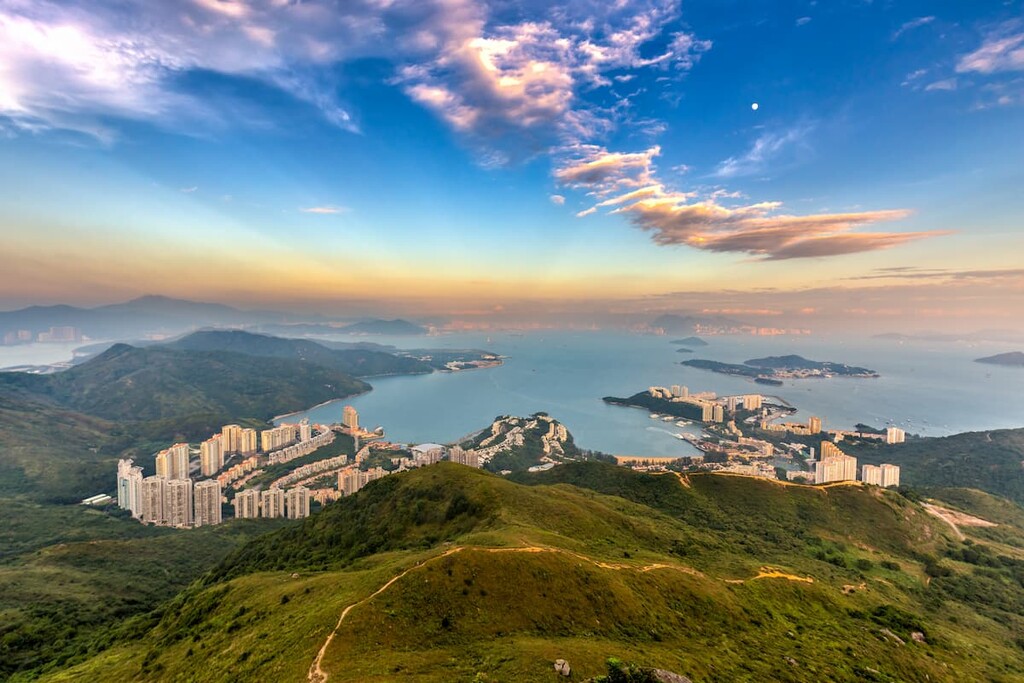 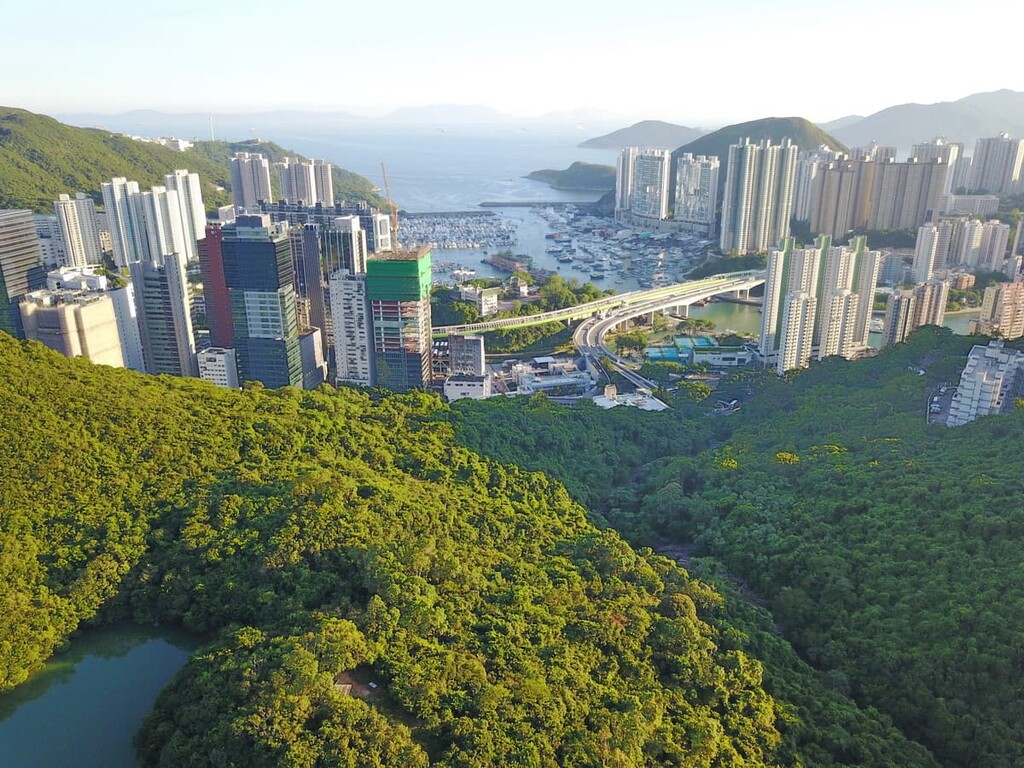 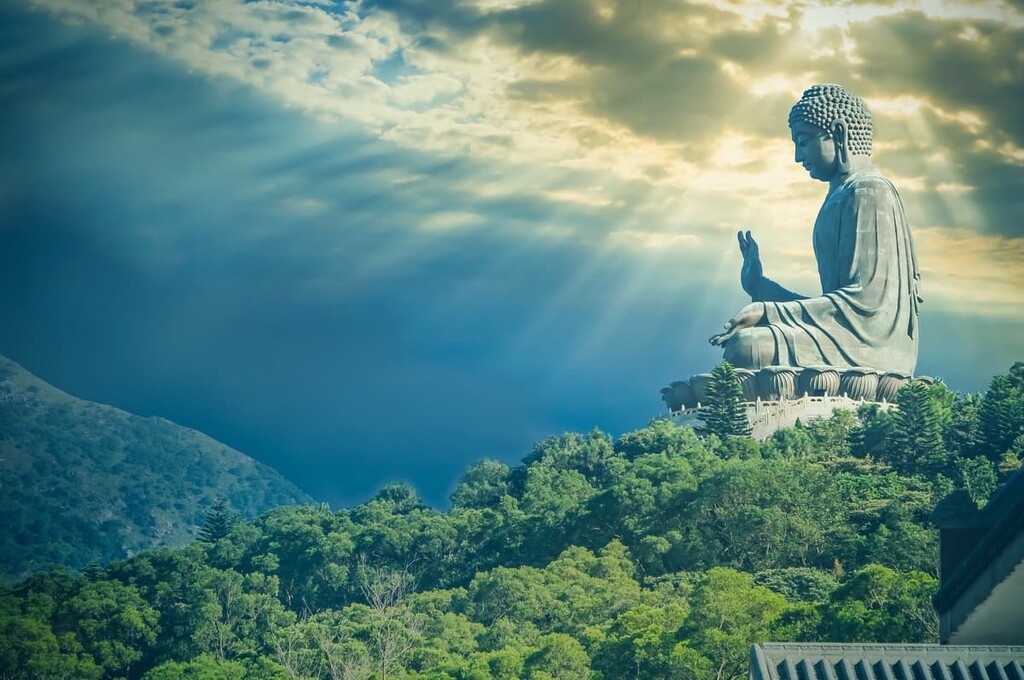 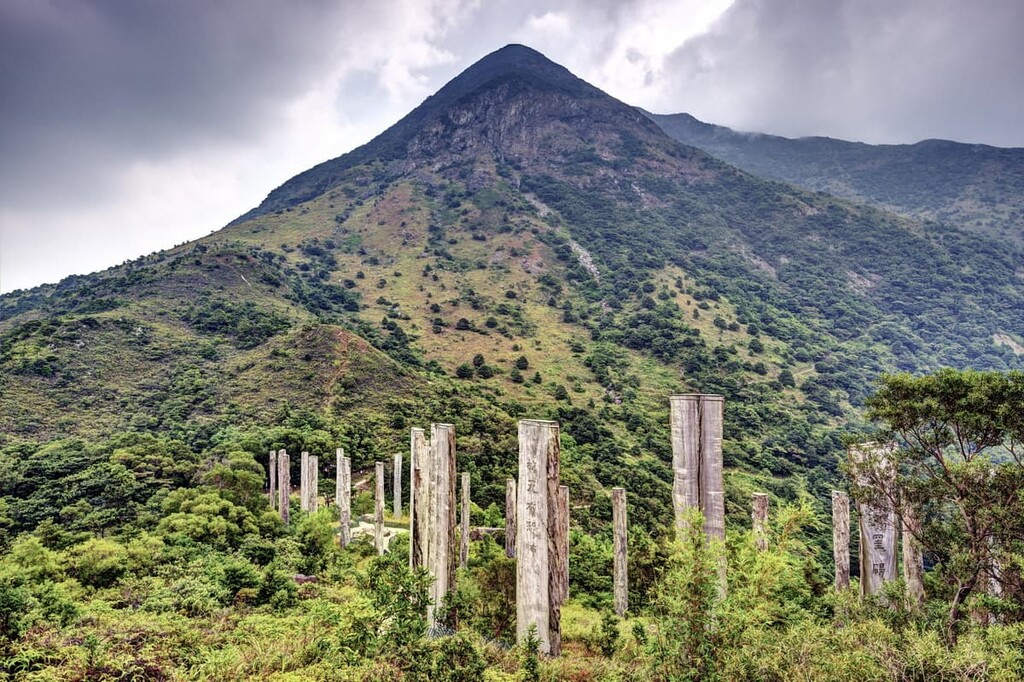 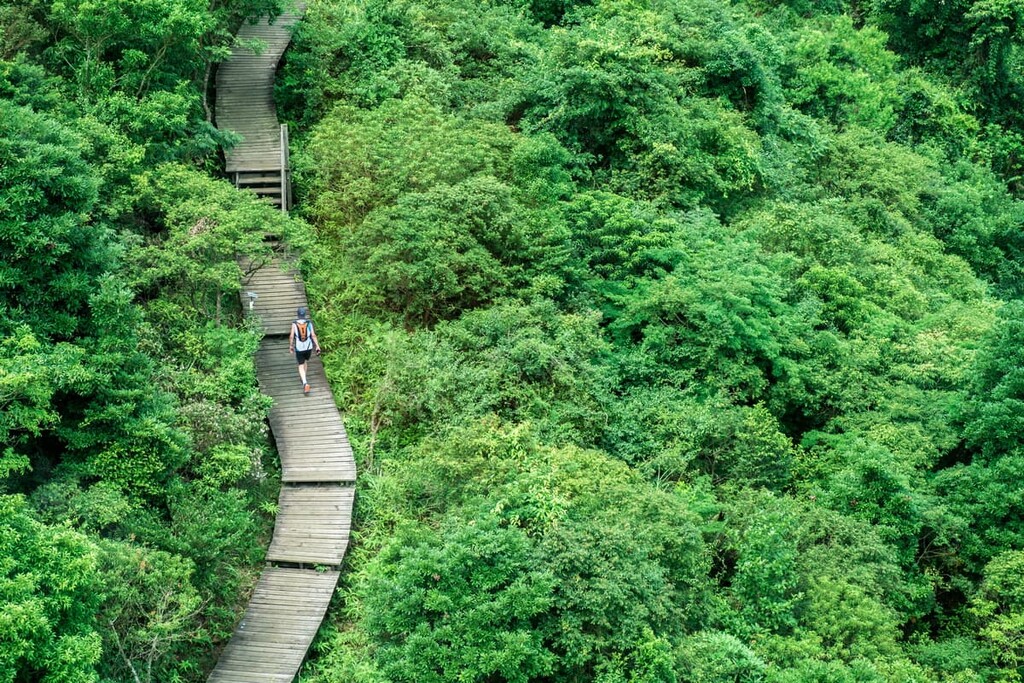 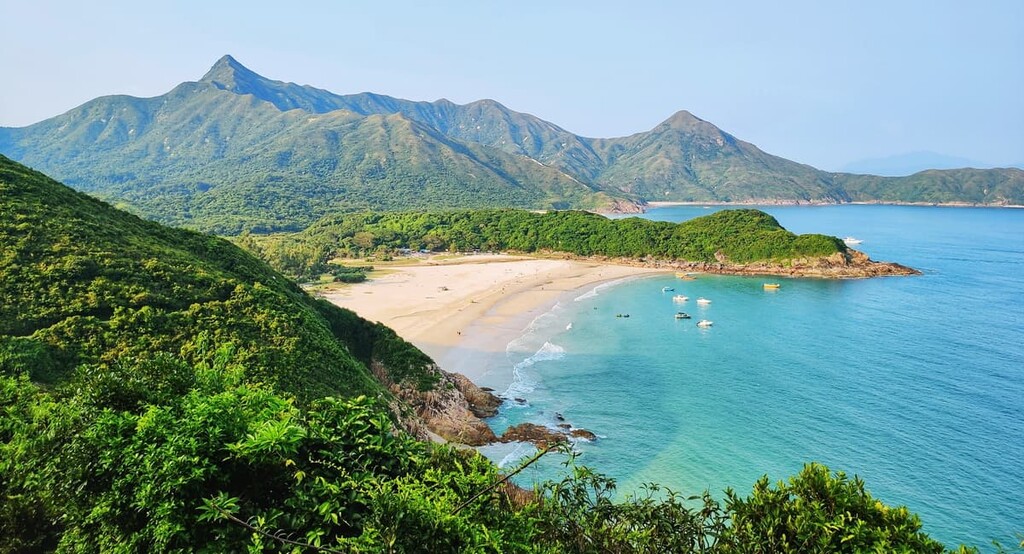 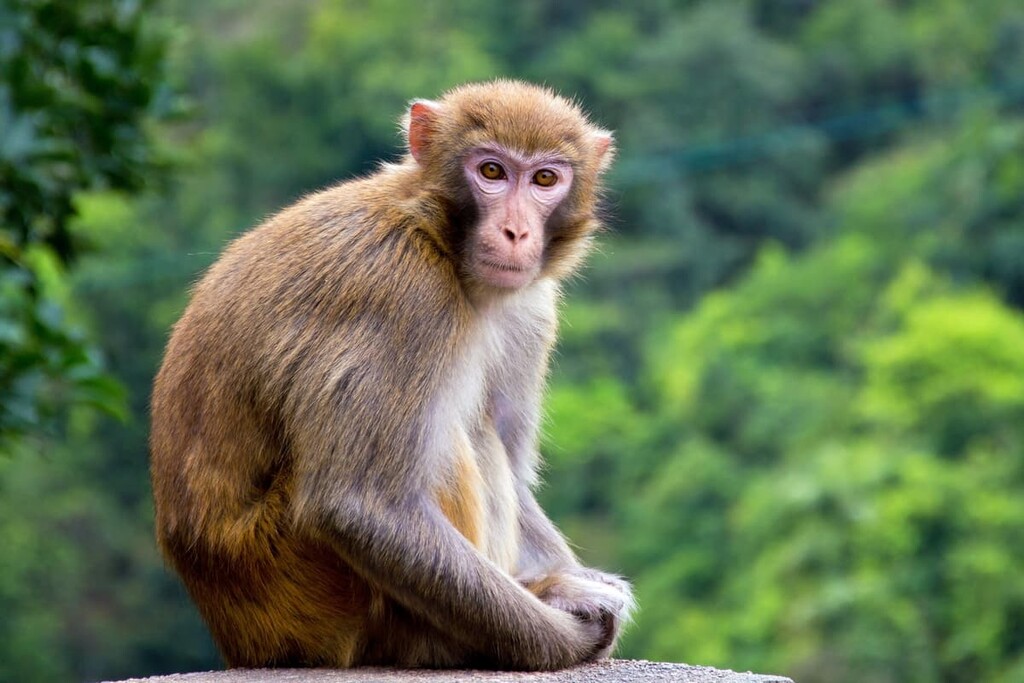