Big Creek Provincial Park is a protected area located in the Cariboo Regional District of central British Columbia, Canada. Dorrie Peak is 2,837 m (9,308 ft) tall and is the tallest and most prominent of the 8 named peaks in the park. The park sits on the edge of the Chilcotin Plateau and rises across volcanic formations to the tall peaks that are part of the Chilcotin Ranges. 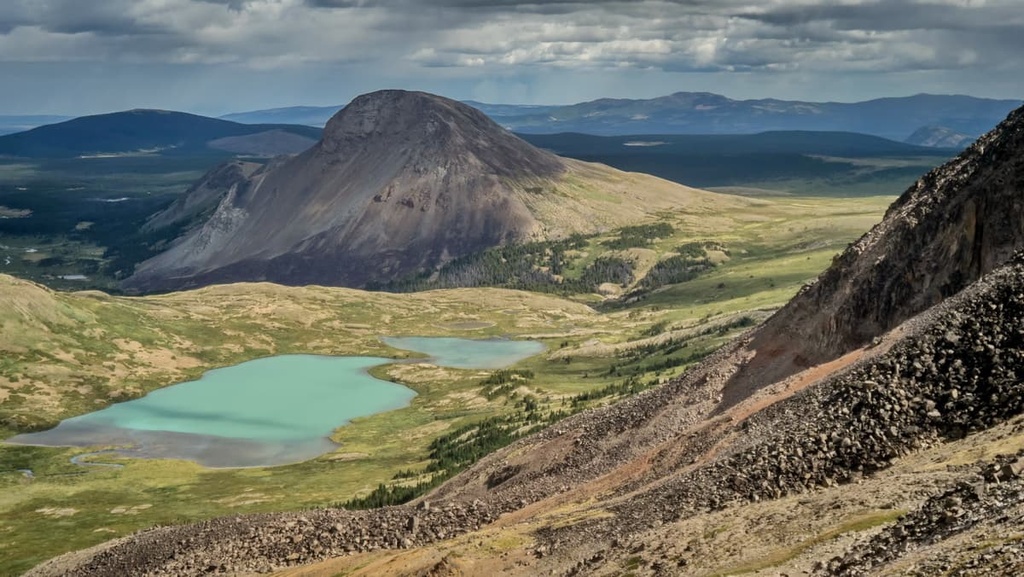 Big Creek Provincial Park plays an important role in the preservation of critical habitat for many species, such as grizzly bears, mountain goats, and California bighorn sheep in the central part of the Canadian province of British Columbia. The remote park encompasses tall peaks in the south, to volcanic hills, to a plateau in the north.

The park is located at the south end of the Cariboo Regional District of British Columbia, Canada and is bordered by the Squamish-Lillooet Regional District to the south. The park is situated along the eastern edge of the Chilcotin Ranges, which are part of the Pacific Ranges of the Coast Mountains.

Big Creek Provincial Park can be accessed from the southeast by the Hurley Forest Service Road from Pemberton via Highway 20 from Williams Lake. From here, you then have to travel south on Forest Service Road 2000 to the community of Big Creek, then by forest service roads to trailheads to the north of the park. The forest service roads are unmaintained and may be in poor and impassable condition until repaired.

Big Creek Provincial Park is within the Chilcotin Ranges, which are a subrange of the Pacific Ranges. The Pacific Ranges are the southernmost ranges of the Canadian Coast Mountains, which include the Boundary Ranges along the northwest edge of British Columbia, followed by the Kitimat and Pacific Ranges to the south.

The Chilcotin Ranges decline in elevation from the precipitous granite peaks of the Pacific Ranges through the lower elevation sedimentary and volcanic peaks until the mountains abruptly meet with the Fraser Plateau. The summits of the Chilcotin Ranges are typically rounded and have tall peaks that are quite rugged.

Big Creek Provincial Park is situated around the unique Dil-Dil Plateau, which is a flat-topped feature with abrupt sides. The topography of the park consists of gently sloping valleys and dome-shaped mountains accented with occasional rugged peaks. The wide plateau-valley of Big Creek is adjacent to the high peaks of the Taseko Group to the west and Churn Creek Protected Area on the east.

The parks are on the lee side of the Coast Mountains, which gives them a drier climate. The topography and the location between the wet coastal and dry interior climates create a diversity of environmental conditions, which in turn results in diverse vegetation and associated wildlife.

The intense topographical variations in Big Creek Provincial Park have led to the development of many distinct habitats and a high degree of ecological diversity. The northern part of the park has lower elevation wetlands upon the plateau. These transition through volcanic terrain to the higher peaks of the Pacific Ranges over a relatively small distance.

The diversity in terrain and habitat maintains the ecological integrity of the park, which is to say that the park supports sensitive species and large predator/prey systems. The area also maintains a key connection in linking populations of grizzly bears in southern British Columbia.

Furthermore, the park is located on the lee side of the Coast Mountains, which create a rain shadow across the park. The location of the park between the dry interior and wet coastal regions add to the diversity of environmental conditions and the diversity of wildlife and vegetation in the area.

While the park largely represents the Engelmann Spruce–Subalpine Fir ecosystem, there are also areas representative of the Montane Spruce, Sub-boreal Pine Spruce, and Interior Douglas-fir ecologies. The vegetation ranges from lush alpine and subalpine meadows, areas of aspen and mixed forest, scattered stands of whitebark pine, and both large marshes and spruce bogs.

However, the forests of Big Creek Provincial Park are not as dense as the forests in adjacent Pacific Ranges and there is minimal understory in the forests. This allows for relatively easy travel for animals and people.

Birdfoot buttercup, five-leaved cinquefoil, little fescue, small-fruited willowherb, whitebark pine, and narrow-leaved goosefoot are rare and endangered plants that have been found in the park. The seeds of the whitebark pine provide an important food source for several species, including Clark’s nutcracker and grizzly bears who appreciate these high energy foods.

Several at-risk species in the park that indicate the health of the ecosystem are the fisher, grizzly bear, California bighorn sheep, wolverine, gyrfalcon, northern goshawk, and bull trout.

Big Creek Provincial Park is situated within the traditional territories of the St’at’imc, Tsilhqot'in and Secwepemc Nations. The First Nations continue to use the area for hunting and gathering for food and medicinal plants. Some of the trails through the park have been used historically as trading routes, and there are sites that have been used for spiritual and sacred purposes since time immemorial.

Graveyard Creek Valley in the southern portion of Big Creek Provincial Park is an important site for both the Tsilhqot’in and St’at’imc Nations. It was the site of the final battle of a nineteenth century war between the two nations over control of the upper basin of the Bridge River.

Since settlement began in the area in the eighteenth century, horses have been in use for ranching, guide outfitting, hunting and tourism.

While there are no official trails in the park, there is a large network of trails across the area that were developed by the turn of the century hunting and tour guides. Typically, tour guides in the region developed and maintained the trails used by other recreational users.

The parks in the Chilcotin Ranges have cabins that were built for tourism and ranching, too. Ranching has been important in the area since the early 1900s, and it continues to be important in Big Creek Provincial Park as well as in the Relay Creek area of South Chilcotin Mountains Provincial Park.

The gentle rolling landscape and the relatively open understory of the forests in Big Creek Provincial Park makes it an ideal place for recreational activities. Their region is home to diverse areas and terrain that is suitable for hiking, mountain biking, horseback riding, backcountry skiing, snowshoeing, heli-skiing, snowmobiling and hunting.

Most people who venture to the park go to enjoy multi-day backcountry excursions that are facilitated by remote, backcountry campgrounds and a variety of access trailheads. Floatplane access is used by many visitors, with Spruce Lake in South Chilcotin Mountains Provincial Park being the main drop-off point, though some people also take flights to Warner Lake and Lorna Lake.

Williams Lake was established at the crossroads of two major trails to the Cariboo goldfields. It has grown to become the second largest city in the Cariboo Regional District. Located about 80 km (48 mi) to the northeast of Big Creek Provincial Park, the community is Surrounded by rugged and beautiful wilderness.

The community and region have a strong ranching history. It is host to the annual Williams Lake Rodeo, which is the second largest professional rodeo in Canada after the Calgary Stampede. The rodeo is held annually over the Canada Day long weekend in July, and it is one of the many events and attractions in the community.

The municipality of 100 Mile House is located at the 100-mile (160 km) mark of the Old Cariboo Road from Lillooet to the Cariboo goldfields. It is situated about 100 km (60 mi) east of Big Creek Provincial Park.

The area has hundreds of lakes that are popular for boating and fishing. There are also vast tracts of wilderness that provide exceptional opportunities for hiking, cross country skiing, and OHV use.

Some of the popular hiking trails around 100 Mile House are Bridge Creek Falls, 100 Mile Marsh, 108 Mile Lake and Sepa Lake Loop, and the Walker Valley Greenway. Additionally, some of the other provincial parks that are located nearby include Schoolhouse Lake Provincial Park and Wells Gray Provincial Park.

Located at the south end of the Pacific Ranges, Vancouver is situated about 180 km (108 mi) to the southwest of Big Creek Provincial Park. Nestled along the Fraser River, Vancouver is among the youngest cities in the province.

From humble beginnings in 1862, Vancouver has grown to be the largest city in British Columbia and a hub of transportation, arts, and culture. Some of the cultural attractions in the city are the libraries, museums, performing arts, art galleries, and the vibrant nightlife. 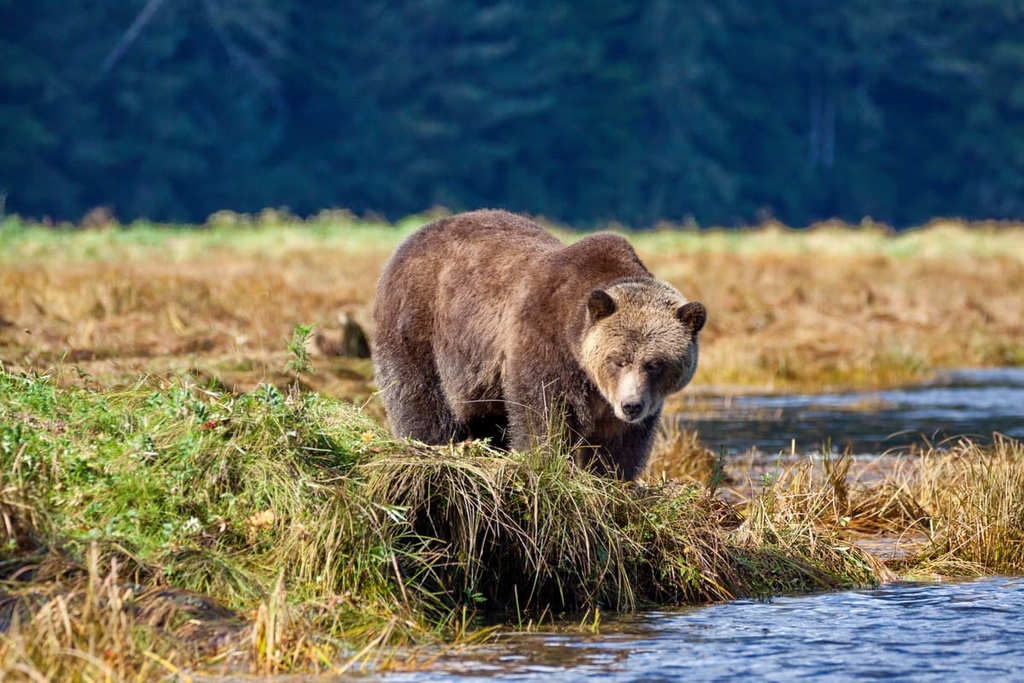 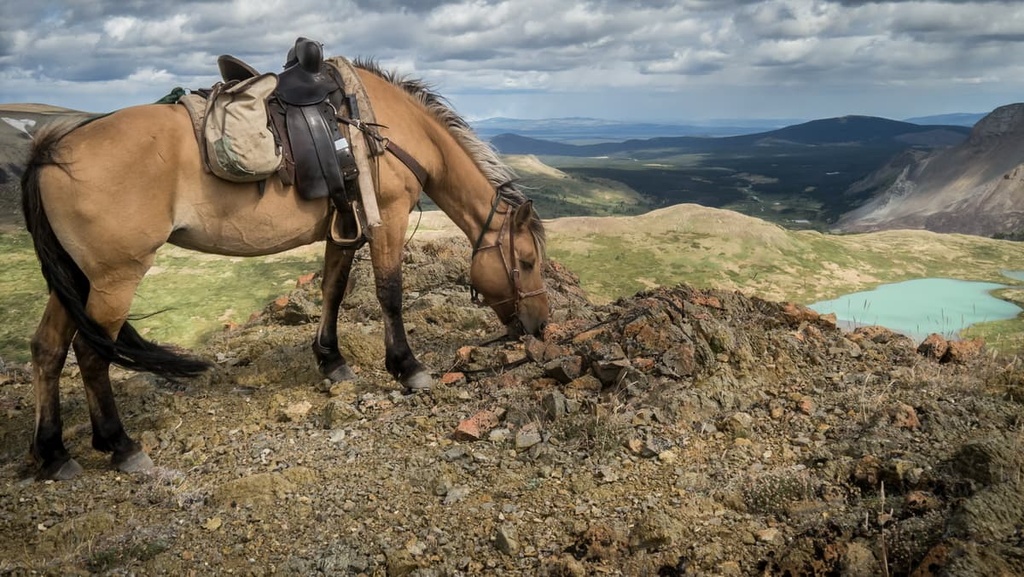 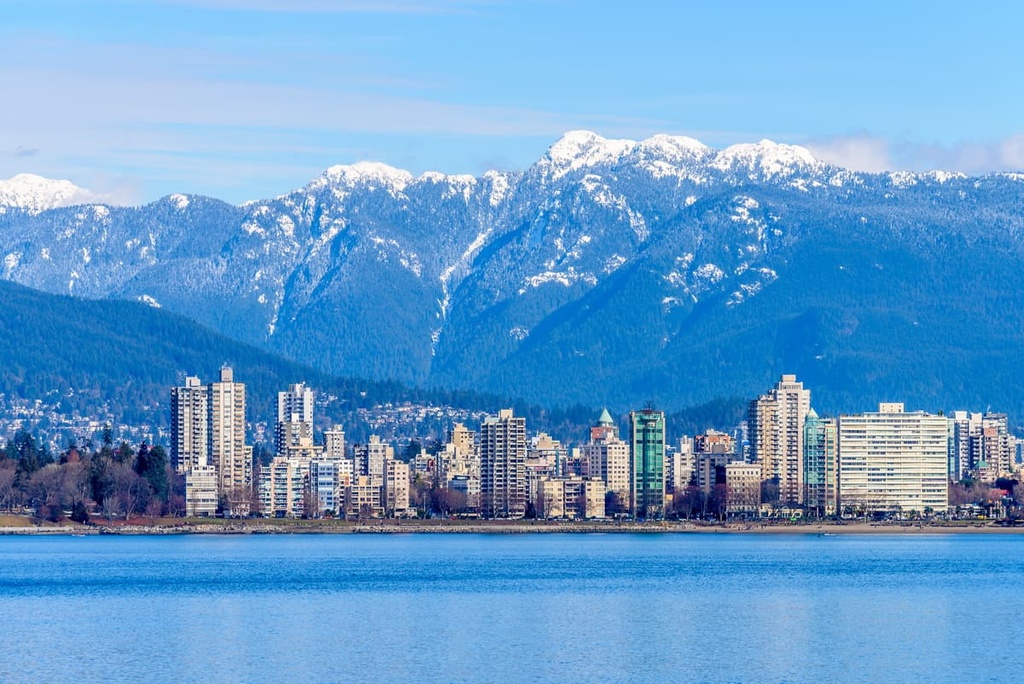