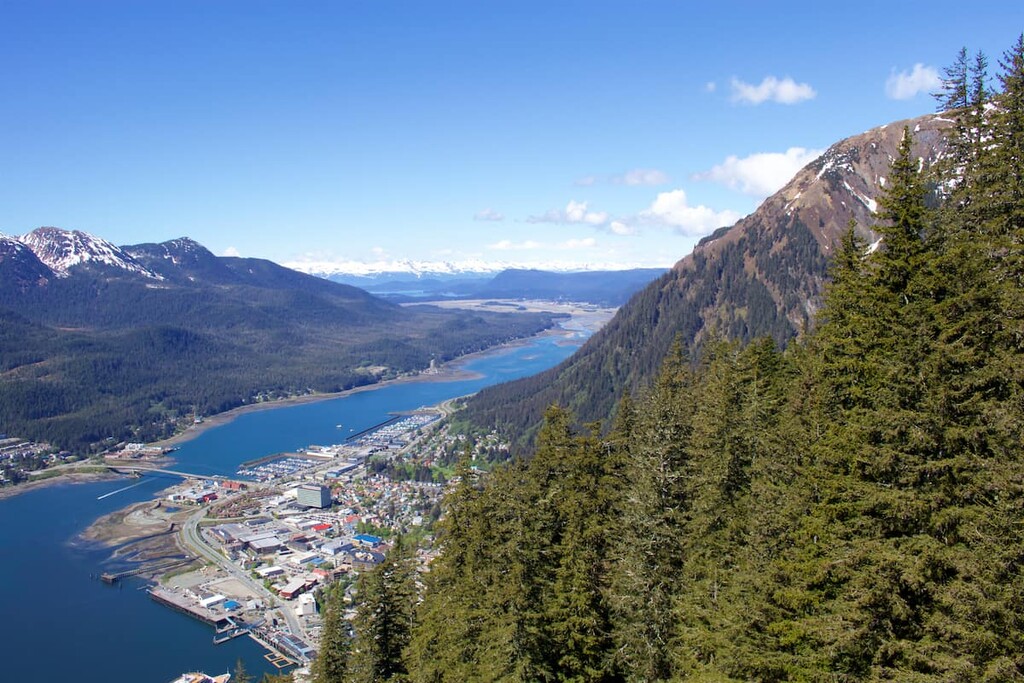 Conservancies are also dedicated to the protection of the area’s recreational value, and development of the natural resources in a manner consistent with the previously mentioned values. Some of the conservancies in the Kitimat Ranges include:

The Mesozoic era was an important time for the geology of the Kitimat Ranges and for British Columbia as a whole. During the 187 million years of the Mesozoic from the Triassic to the Cretaceous, there were several continental collisions that resulted in the addition of much of the land that’s now part of British Columbia to North America, as well as the formation of the Western Cordillera.

The Kitimat Ranges are part of the Coast Mountains of western Canada. They were created during the Sevier orogeny, which took place after the development of the neighboring Columbia Mountains, and before the Rocky Mountains. The Sevier orogeny was a mountain building event that was caused by several tectonic plates from under the Pacific Ocean colliding with and subducting beneath the North American continent.

The geology of the Kitimat Ranges and most of British Columbia is different from most of the rest of Canada. British Columbia was formed in two ways. First, significant portions of the land were created as igneous intrusions which means that magma rose from the Earth’s core towards the surface but didn’t erupt as a volcano along the continental margin.

The magma slowly cooled as pockets in the sedimentary layers forming granitic and dioritic rocks. The intrusions formed granite batholiths which extend from the southwest corner of British Columbia to Yukon and Alaska.

Second, in addition to the volcanic activity adding land to the west coast, previously formed volcanic islands were skimmed from the oceanic plates and welded to the continental margin adding the exotic terranes of modern-day British Columbia to Canada. The Kitimat Ranges are a rugged range that is heavily indented by coastal inlets as well as by fjord-like lake valleys, such as the one that the town of Kitimat was built.

The ecology of the Kitimat Ranges can be broken up into three primary categories. The categories and their characteristics from the highest elevations to the lowest are as follows:

Cold winters, combined with a short, cool growing season create conditions that are unfavorable to most trees and many plants. There are significant areas that are barren rock in the alpine elevations of the Kitimat Ranges; however, there are patches of parkland with alpine meadows and stands of krummholz trees. The alpine is dominated by dwarf shrubs, heaths, herbs, mosses, and lichen.

The Kitimat Ranges protect interior British Columbia from the harsh Pacific climate by creating a rain shadow. The coastal regions receive large amounts of snow in the winter, making the alpine unattractive to most wildlife in the winter.

While nearly all wildlife in the area evacuates the alpine regions of the Kitimat Ranges during the winter, the summer sees a lot of animal activity among the mountain peaks. Roosevelt elk, blacktailed deer, and mule deer forage in the krummholz and meadows.

The golden eagle, the white-tailed ptarmigan, and mammals, such as the wolverine and hoary marmot, are present during the summer months. The endangered Vancouver Island marmot also inhabits the Kitimat Ranges.

The Mountain Hemlock zone is a high elevation subalpine zone along the Pacific coast. The coastal climate ensures high annual precipitation in the range and the winters are long and cold, creating a short summer growing season. The ecological zone represents a thin band below the alpine zone of the coastal mountains in the Kitimat Ranges.

The tree line starts as thin parkland stands that are interspersed with sedge and mountain heather communities. At lower elevations, the forest becomes denser and is filled with mountain hemlock, amabilis fir, and yellow cedar.

There are many animals that inhabit the Mountain Hemlock Zone even though the terrain is steep and the winters are long and cool. Black bears, grizzly bears, Roosevelt elk, and black tailed deer are common inhabitants of the zone. Mountain goats prefer the open rocky outcropping during the summer and will winter on the steep, south facing slopes of the zone.

Many bird species prefer the mature forests for the access to insects, small animals, and conifer seeds as food. The great horned owl, great grey owl, Clark’s nutcracker, and several woodpecker species are common to the forests of the zone. The willow ptarmigan, blue grouse, and the Vancouver Island marmot prefer the parkland meadows of the zone.

The Coastal Western Hemlock Zone is found at the lowest elevations of the Kitimat Ranges and is the area with the legendary giant trees of British Columbia. The Douglas fir can reach upwards of 100 m (327 ft) in height while the western redcedar and Sitka spruce can grow to 4 m (13 ft) in diameter.

These are the most productive forests in British Columbia, with the dominant tree species being western hemlock and Pacific silver fir. However, there are many other habitats making a mosaic with the massive forests. There are coastal margins, wetlands, estuaries, and extensive upland forests.

This zone has the greatest diversity of wildlife habitat of any ecological zone in British Columbia. Wildlife that is unique to the Kitimat-Stikine region includes many species of colony-nesting coastal birds. Tufted puffins, ancient murrelets, Cassin’s auklets, and rhinoceros auklets nest on the rocky islands that are part of the Coastal Western Hemlock Zone.

Prior to European contact, a number of Indigenous communities in the area thrived as a result of the region’s abundance of resources. The Kitimat Ranges are the traditional territory of the Kitselas, Kitsumkalum, Tsimshian, Nisga’a, and the Gitxaala.

The arrival of European travelers in the sixteenth century started a period of smallpox epidemics that ripped through the First Nations populations, killing an estimated 90 percent or more of the region’s Indigenous communities.

The Kitimat Ranges currently have a small population, most of which is found in the cities of Kitimat and Prince Rupert. The Grand Trunk Pacific Railway expanded west to build Prince Rupert as its western terminus at the beginning of the twentieth century to become the transportation hub for British Columbia’s north coast.

Meanwhile, the community of Kitimat was founded when the aluminum company Alcan needed a power plant and was invited to build one near Kitimat. While forestry, and transportation are important jobs in the region, many of the region’s inhabitants are citizens of local First Nations and have continued in their historical occupations as anglers.

With hundreds of peaks, mountain lakes, and rivers, the Kitimat Ranges have an endless supply of hikes, climbs, and canoe trips. The following are some trails to help start your adventure in the Kitimat Ranges.

While the first section is steep, the trail passes through mature hemlock and fir forest and subalpine meadows. The trail climbs to a ridge and passes a series of peaks until you reach the amazing views at the summit of Sleeping Beauty Mountain.

The loop along the Robinson Ridge is just over 7 km (4.2 mi) long with about 200 m (650 ft) of elevation gain. The trail leads through dense forest near the town of Kitimat and leads past a beautiful lake. The trail is a moderate hike; however, it is a worthwhile hike in any season.

Mount Elizabeth is one of the many mountains that one can summit in the Kitimat Ranges. The trail is an 11 km (6.6 mi) return trip with 1,441m (4,726 ft) of elevation gain and considered a difficult and steep trail. The snow in the upper elevations of the Kitimat Ranges can be persistent late into the summer. The hike offers excellent views of Kitimat and the Douglas Channel. The last part of the trail can be very difficult and should be approached with caution.

Major Towns of the Region

There are three major communities in and around the Kitimat Ranges: Terrace, Prince Rupert, and Kitimat. Many towns around the Kitimat Ranges maintain strong historical and cultural connections to the First Nations that have called the region home for thousands of years. The following are a few places where you can fly into or stay at while visiting the range.

Terrace is located on the eastern edge of the Kitimat Ranges and is the primary community within the Regional District of Kitimat-Stikine. Terrace is at the junction of Highway 16 and Highway 37 and it is home to the Northwest Regional Airport as well as a railway station serviced by Via Rail’s passenger trains.

Fishing, hiking, mountain biking, climbing, and hunting are among the many activities to enjoy in and around Terrace. In fact, locals often spend the autumn searching for wild mushrooms and picking berries throughout the summer.

Kitimat is located alongside tidal waters at the head of the Kitimat Arm of the Douglas Channel. First Nations have lived in the area that became Kitimat for generations in small fishing villages. The town was founded in 1951 by Alcan, an aluminum producer that was invited to work on a hydroelectric project in the region to supply power to their aluminum smelting operations.

The town has over 8,000 residents who benefit from the thoughtful city planning of Clarence Stein who created a beautiful and functional town for the residents who initially, were mostly employed by Alcan.

Located along tidal waters and amongst lush forest and tall peaks, Kitimat has many hidden gems to discover. With trails that lead up mountains, along creeks, along rivers, through valleys, or along the ocean shore, there is sure to be something for everybody to enjoy in Kitimat.

Located on Kaien Island, Prince Rupert is the transportation hub of British Columbia’s north coast. The area has been inhabited for the last 5,000 years by indigenous populations; however, the modern city of Prince Rupert was first established with a post office in 1906 and was the western terminus for railways.

Prince Rupert is a stop for cruise ships travelling the Inside Passage along the west coast from Vancouver, British Columbia to Skagway, Alaska. The city is also the starting point for many wildlife viewing trips including grizzly bears, salmon, eagles, and whales. Tours can be arranged from Prince Rupert to Khutzeymateen Grizzly Bear Sanctuary which features one of the densest populations of grizzlies in North America. 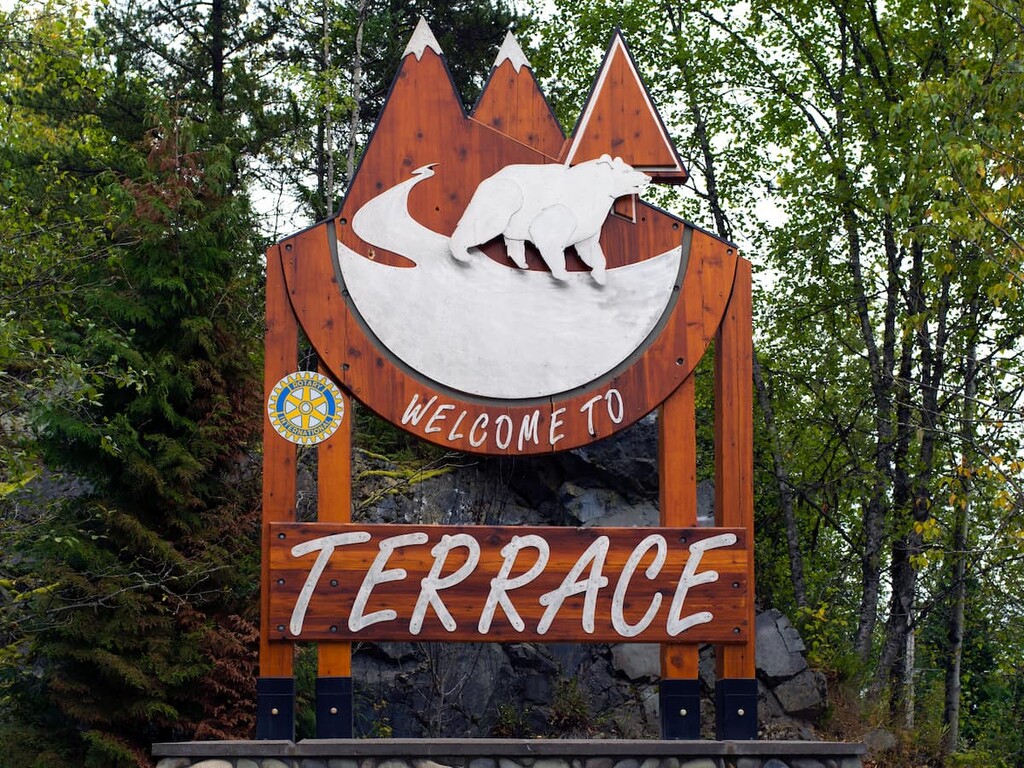 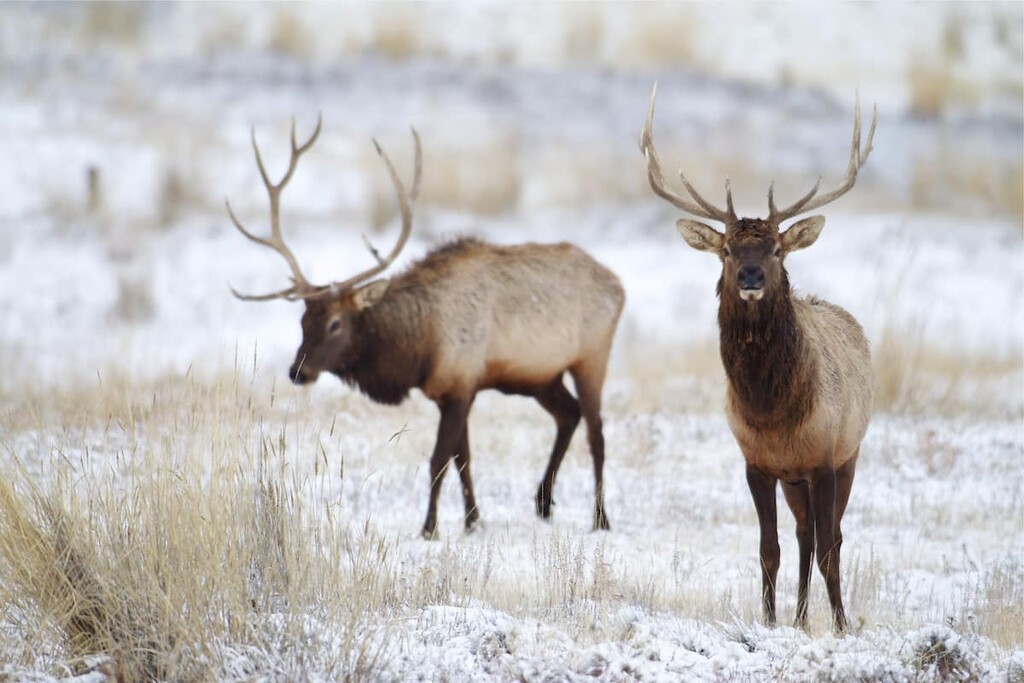 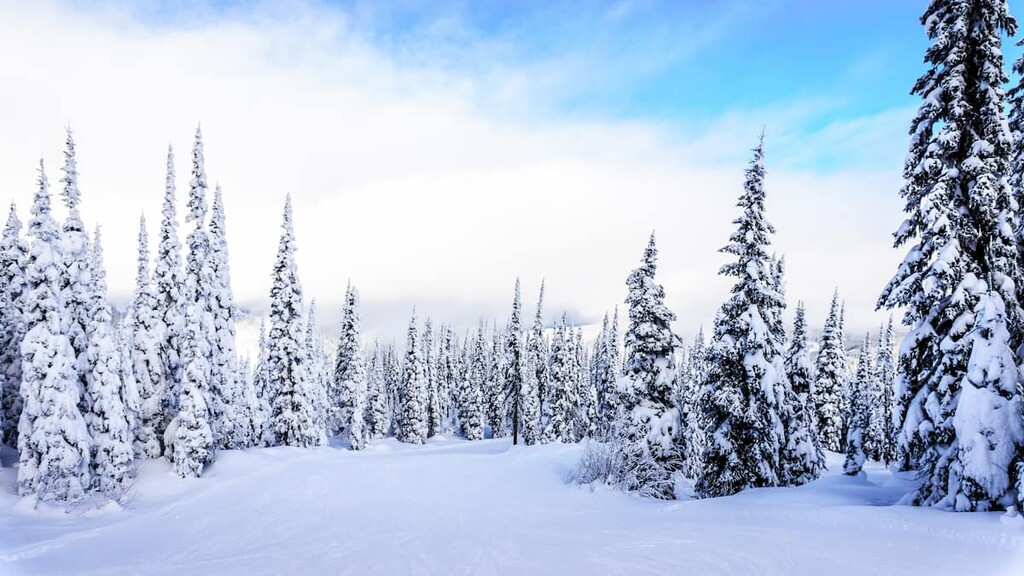 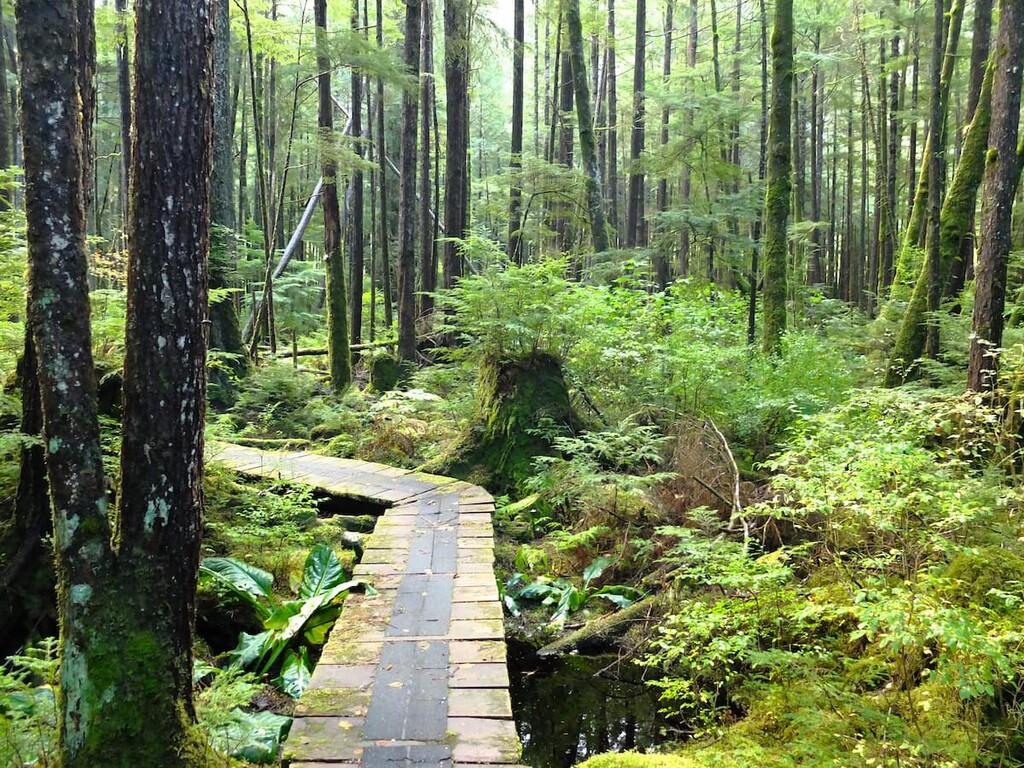 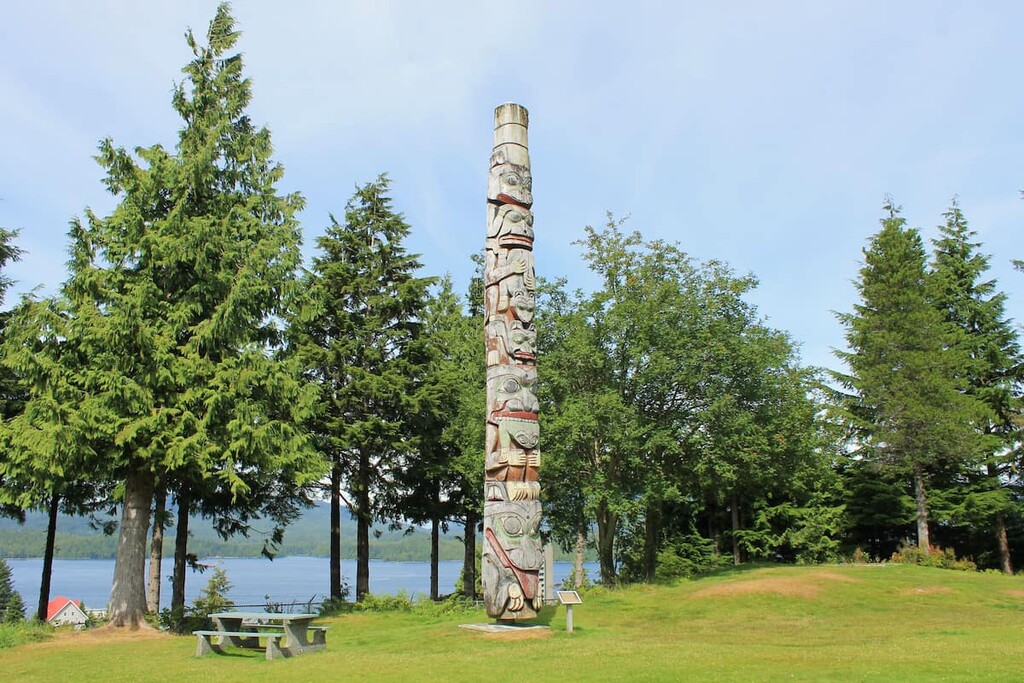 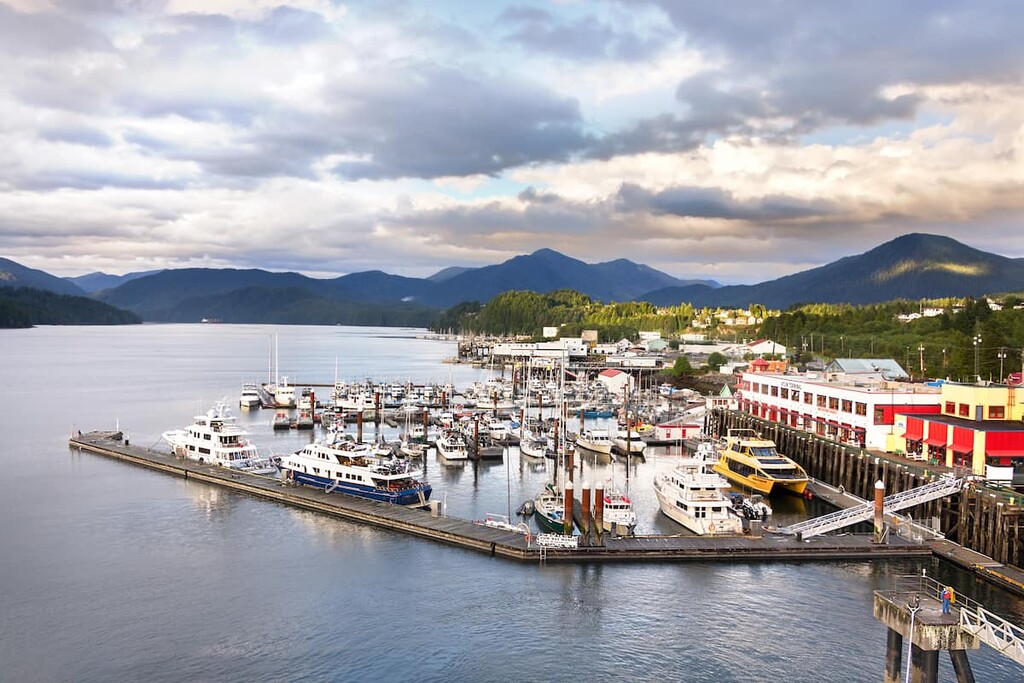 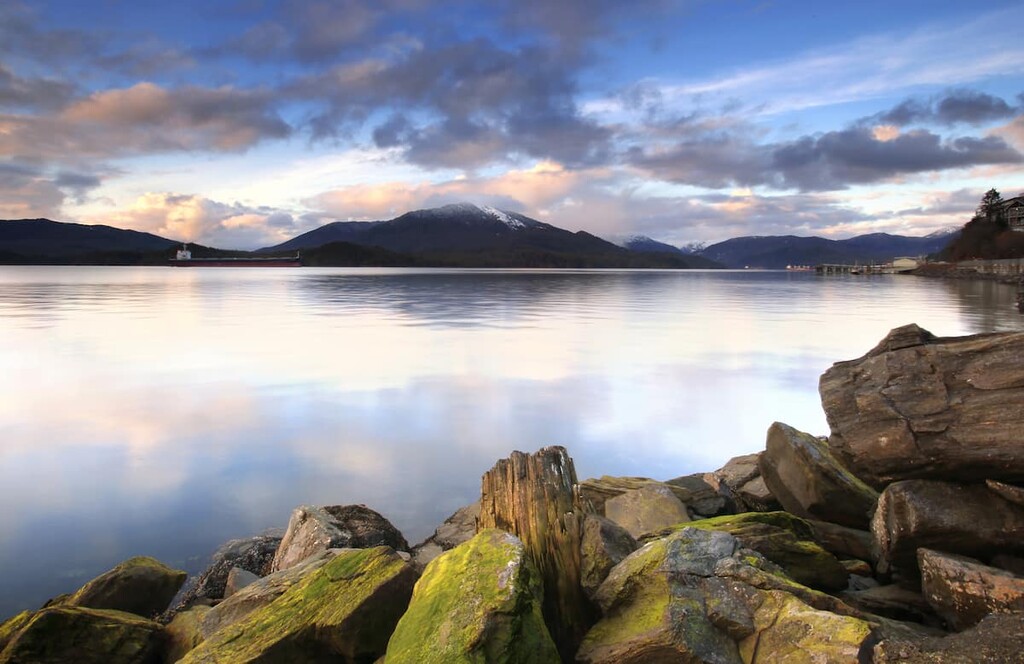