The Columbia Mountains are a 52,491 sq. mile group of mountain ranges that span the upper Columbia River in southeastern British Columbia, and reach into Montana, Idaho, and Washington in the states. Although a large percentage of the range is found within Canada, the twenty-five percent in the states is geographically classified as the Rocky Mountains complex. 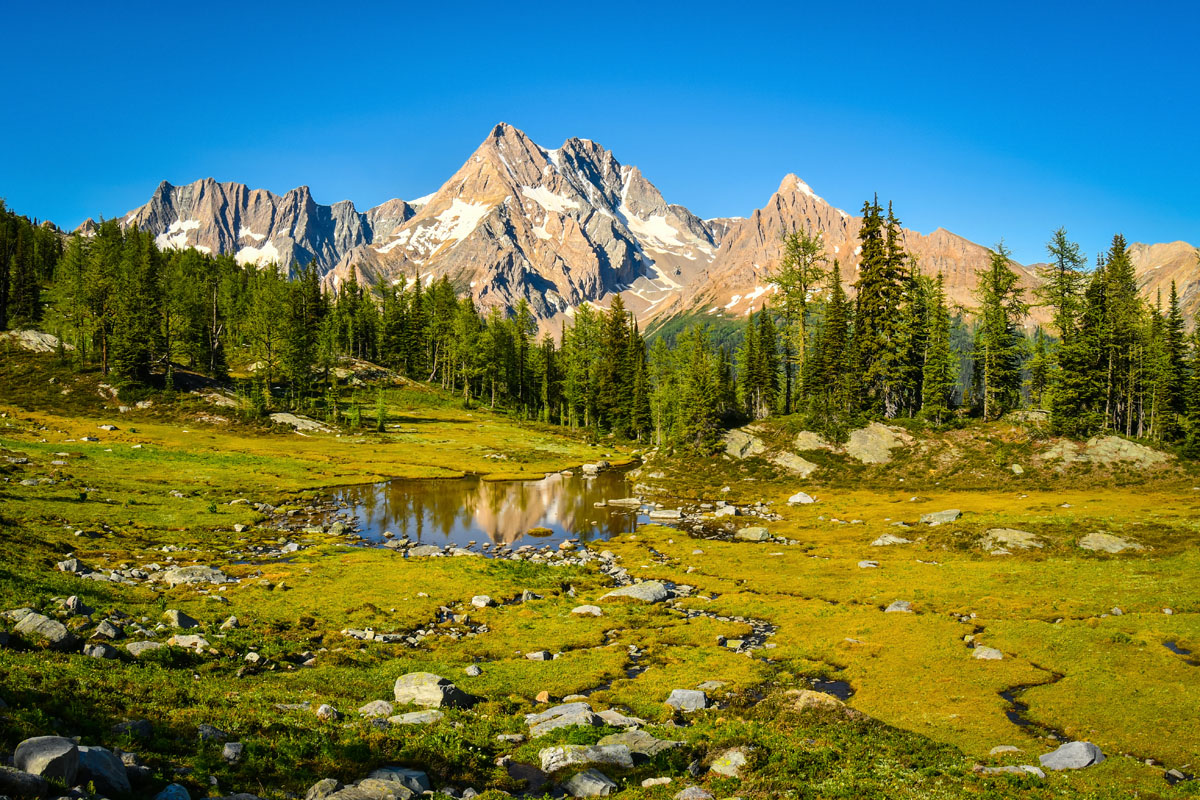 This high-altitude range is bounded by the Rocky Mountain Trench, which is also admirably referred to as the Valley of a Thousand Peaks, as well as the Kootenay River and Interior Plateau. However, the Columbia Mountains and surrounding region is often difficult to define and is the source of debate amongst some geological classification systems. For example, some classifications exclude the Cariboo Mountains, while others include the Cabinet Mountains and the Salish Mountains. In fact, in the late 1800s, mountain climbers called these peaks the Interior Ranges of British Columbia, while local residents referred to them as the Kootenays.

The tallest and most noteworthy summits in the Columbia Mountains include Mount Sir Wilfrid Laurier (the tallest in the range), Mount Sir Sandford, Mount Farnham, Jumbo Mountain, Howser Spire, Mount Delphine, Mount Sir John Abbott, Mount Hammond, and Eyebrow Peak. All of these peaks reach well over 10,000 feet in elevation.

The Selkirk Range of the Columbia Mountains begin at Mica Peak in Idaho and span over 300 miles into southeastern British Columbia. The range sits between the Purcell Mountains on the east and the Monashee Mountains on the west. The Selkirks contain notable subranges like the Big Bend, Battle, and Valhalla ranges and are known for housing some of the most rugged terrain in the region. The unique topography of the Selkirk Range is generally attributed to the fact that these mountains stood alone as an island of peaks, before the creation of the Rockies. In fact, the rocks found within the Selkirk Range are approximately 600-million-years-old. Noteworthy peaks in the Selkirk subrange include Smith Peak, Mount Selwyn, Mount Sir Sandford, Hasler Peak, and Mount Cooper.

The Cariboo Mountains are the northernmost subrange of the Columbia Mountains and are located entirely in British Columbia. This subrange encompasses approximately 3,000 sq. miles and is separated from the Canadian Rockies by the Rocky Mountain Trench. Some of the range’s iconic peaks are tucked within Wells Gray Provincial Park and Bowron Lake Provincial Park. However, the highest and most rugged Cariboo summits are in the Premier subrange. Noteworthy peaks in the Cariboo Mountains include Mount Sir Wilfrid Laurier, Mount Sir Abbott, Mount Stanley Baldwin, and Mount Arthur Meighen.

Lastly, the Purcell Mountains can be found on the west side of the Rocky Mountain Trench on the east side of Kootenay Lake and the Duncan River. Most peaks in the Purcells exceed 10,000 feet in elevation, and they become increasingly higher and considerably more rugged the further north you travel. The highest point in the Purcells is Mount Farnham, but the range includes several notable subranges like the Bugaboos, an incredible collection of granite spires, like Howser Spire, that serve as world-renowned alpine climbing destinations.

Home to the infamous Mount Sir Donald, Mount Wheeler, and Moonraker Peak, Glacier National Park in British Columbia offers three incredible life zones known as “Rainforest, Snowforest, and No Forest.” Glacier lies within both the Selkirk and Purcell Ranges of the Columbia Mountains, making it an epicenter for mountain exploration. The park features incredible alpine scenery, deep valleys, and is a year-round adventure paradise for hikers, backpackers, or anyone that appreciates the great outdoors. Popular trails include Abbott Ridge, a moderate trek that leads to sweeping alpine mountain views, Mount Sir Donald, a world-class rock-climbing destination that provides access to Vaux Glacier, and Balu Pass, which features magnificent icefields and high-altitude summits.

The Bugaboo, a subgroup of the Purcell Mountains, is known as a world-renowned alpine rock-climbing destination. This won’t necessarily be the place to bring your kids, as this area is infamously rugged and remote. However, the granite rock, towering peaks, and impressive spires found within the Bugaboos make for an impressive landscape to explore, particularly for mountaineers and climbers. The Bugaboos contain some of the largest glaciers and icefields in the Purcells and there is nearly an infinite number of backcountry footpaths to explore (typically off trail). If you’re planning a trek to the Bugaboo region, the Conrad Kain Hut, Applebee Camp, and the West Ridge of Pigeon Spire are some of the more popular destinations in the park.

Sitting adjacent to the city of Revelstoke, Mount Revelstoke National Park lies entirely within the Selkirk Range of the Columbia Mountains.The park itself is relatively small, in comparison to other British Columbia parks, covering just 100 sq. miles. However, the park contains a portion of one of the world’s few inland temperate rainforests, impressive alpine peaks, and a wide variety of beautiful terrain. The Meadows-in-the-Ski Parkway is a popular destination for tourists and leads through the rainforest toward rolling subalpine meadows packed with wildflowers. Visitors also appreciate the ability summit Mount Revelstoke on an easy footpath from the parking lot or explore the surrounding area via a well-defined network of trails.

The Purcell Wilderness Conservancy is a Provincial Park in British Columbia that encompasses six huge drainages in the Purcell Mountains. The park covers the central region of the southern half of the Purcell Range, offering visitors an incredibly glaciated and rugged landscape to explore. Visitors to this region have to be experienced, self-sufficient backcountry travelers and capable of route-finding. Because this is a wilderness conservancy, the park does not offer facilities and accommodations. However, there is an infinite amount of backcountry exploration potential for those seeking solitude in the heart of the Purcell Mountains.

Revelstoke Mountain Resort, which offers the longest vertical descent in North America, is a popular all-seasons destination tucked within the Selkirk Mountains, a subrange of the Columbia Mountains. The resort offers two high-speed quad chairs, an eight-passenger gondola, and various levels of terrain to explore. Revelstoke is infamous for its premium resort skiing, cat skiing, and heli-skiing, in addition to offering over 3,000 acres of skiable terrain and over 60 trails. The resort itself contains several restaurants, lodges, B&Bs, and facilities to accommodate guests. However, the resort is just a few miles from the town of Revelstoke, making it easy to access even more amenities and lodging.

Kicking Horse Resort offers a variety of outdoor recreation potential for every type of outdoor enthusiast. Kicking Horse is home to an incredible network of alpine bike trails that include over 40 miles of trail, 29 trail runs, and over 120 drops and jumps – all of which can be accessed via a scenic gondola. The resort is also infamous for its incredible alpine hiking trails, Grizzly Bear Refuge, and multitude of winter activities. The resort is home to several iconic lodges that sit just steps from the mountain, including the Glacier Mountaineer Lodge, Palliser ski in/ski out Lodge, and Copper Horse Lodge. There are also plenty of places to grab a bite to eat and kick back after a long day exploring the mountain.

Offering premium skiing, accommodations, and special events for the whole family, Panorama is known as one of the most-complete ski-in/ski-out destinations in the region. In fact, there’s really no need to rent a car in Panorama, the heart of the village and epic mountain terrain are always just steps away. This all-seasons getaway offers visitors an opportunity to ski or snowboard on 3,000 acres of terrain across 4,265 vertical feet, heliski in the incredible Purcell Mountains, or go horseback riding, hiking, and mountain biking across various terrain. Lodging is easy to come by and there are plenty of restaurants, shops, and coffee shops to hang out at throughout your stay. 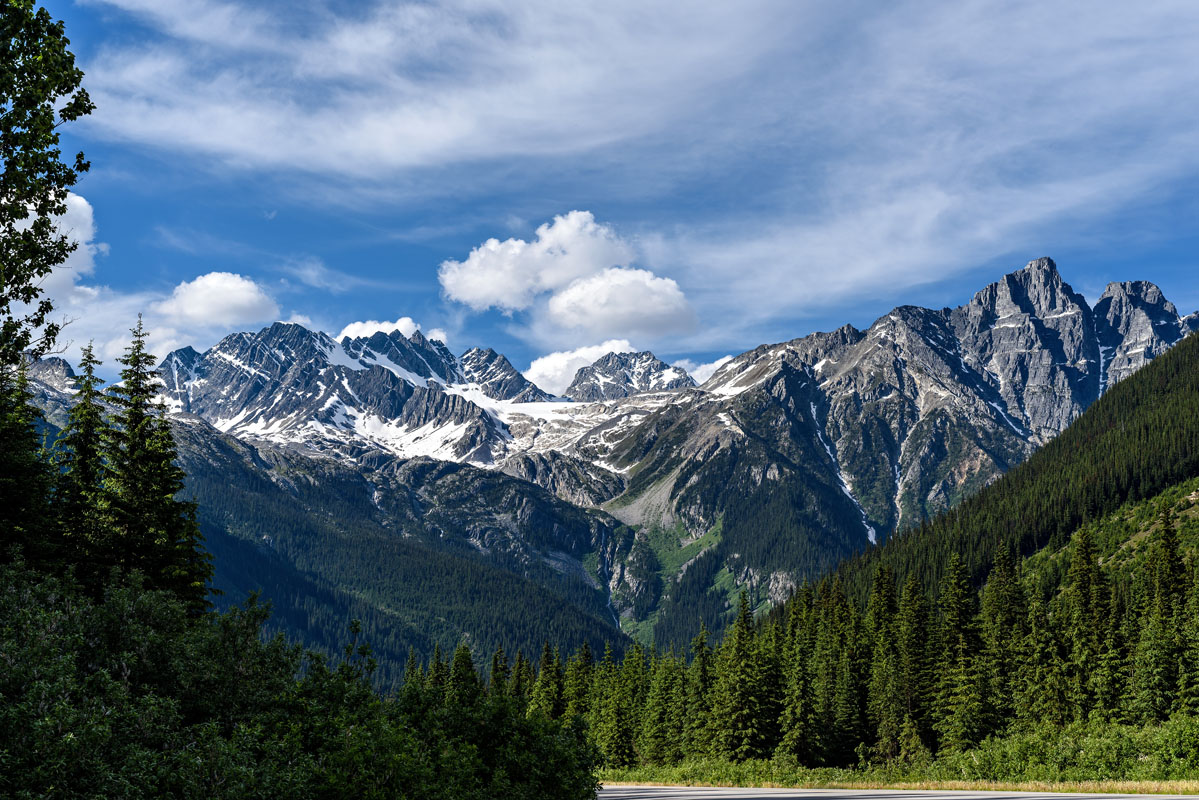 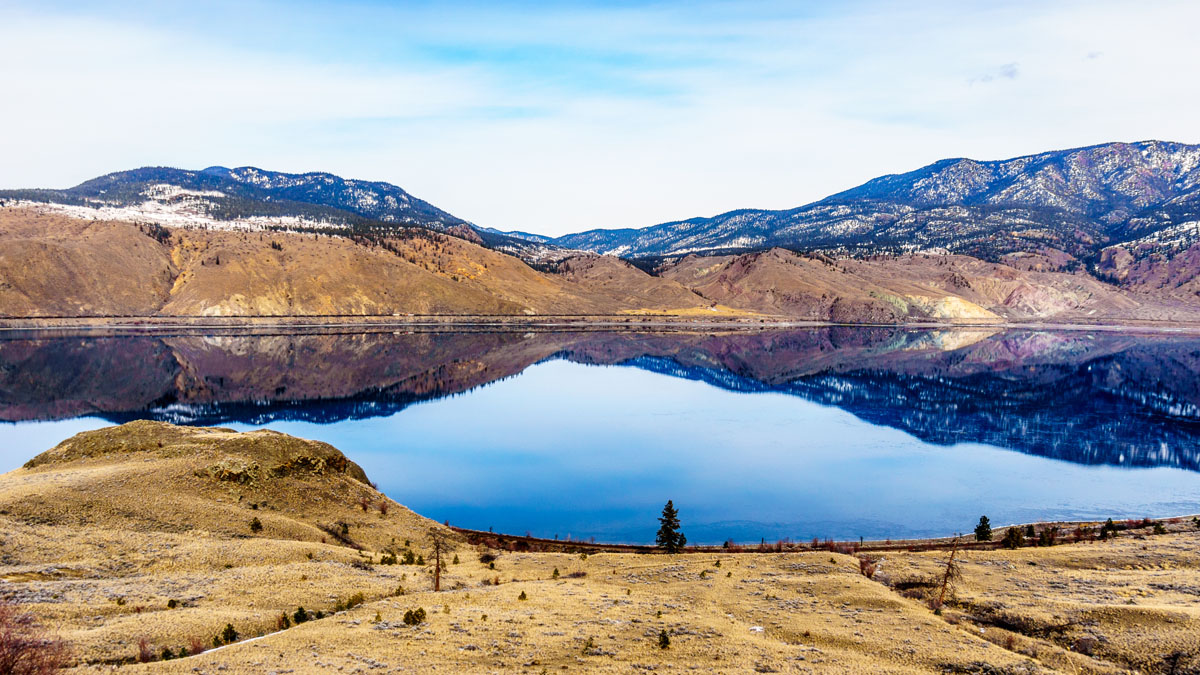 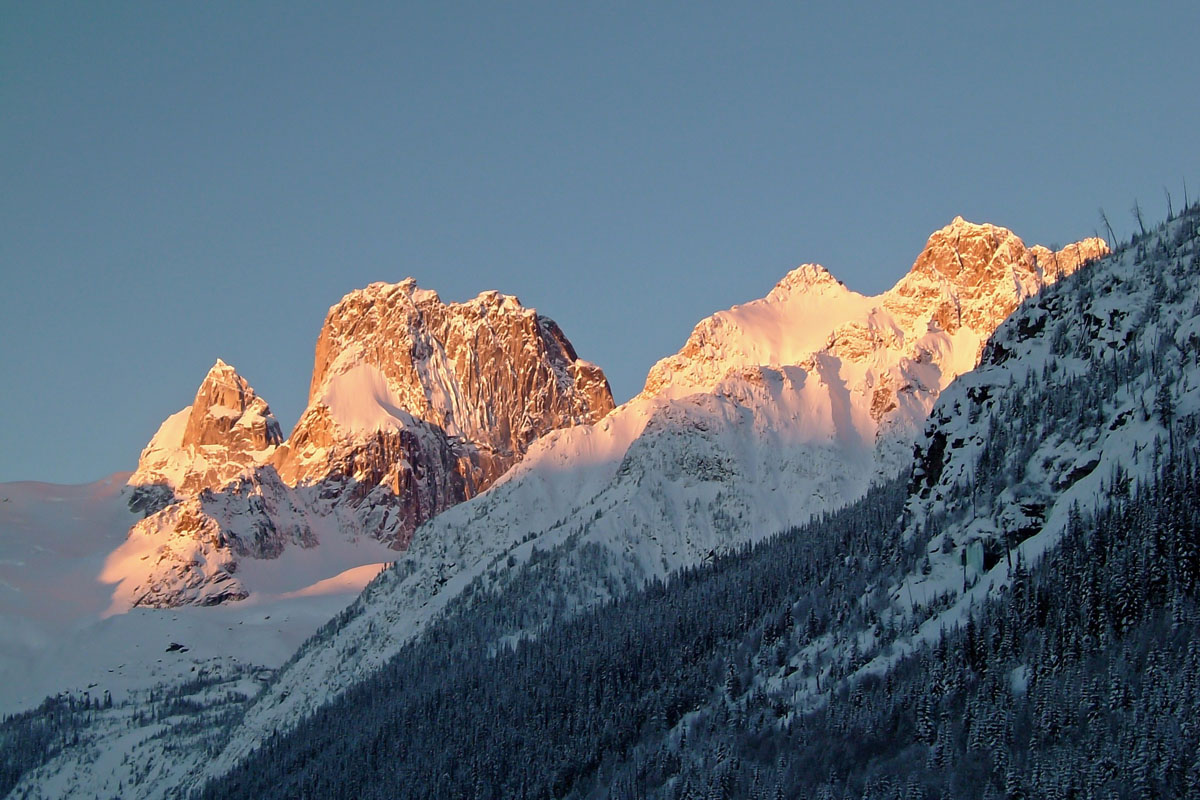 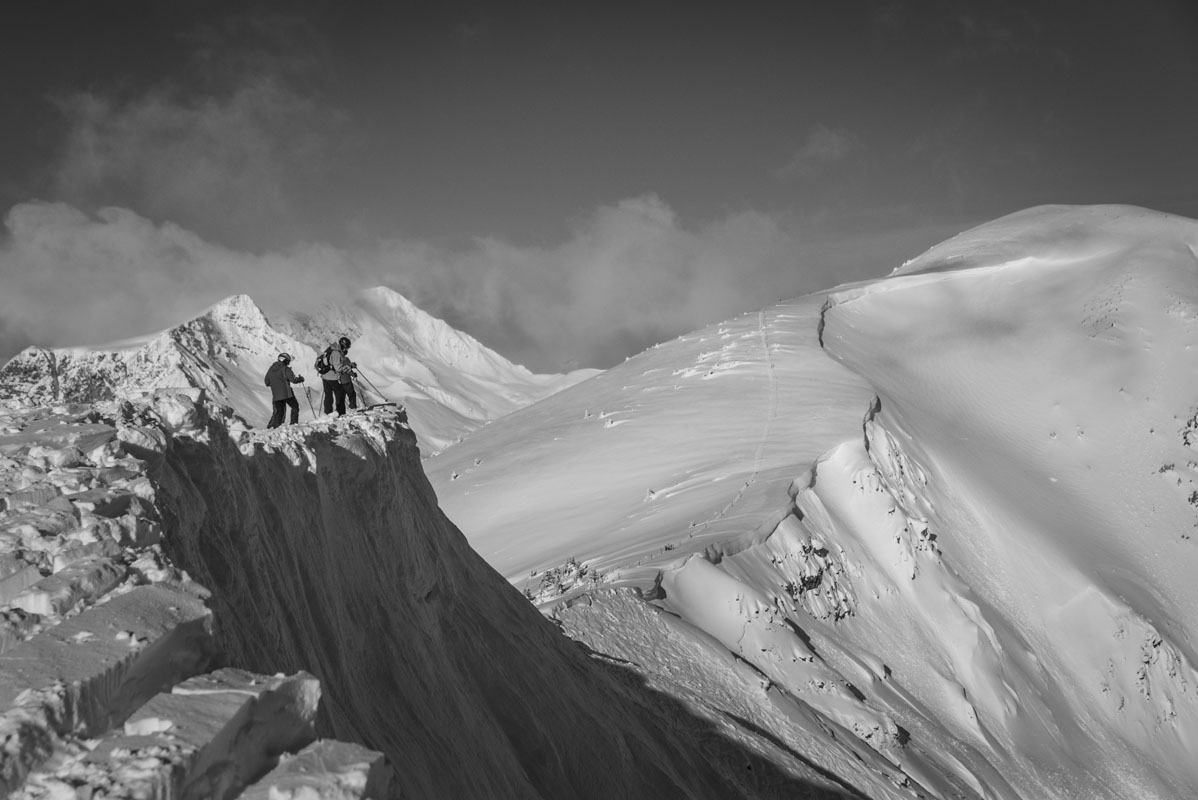 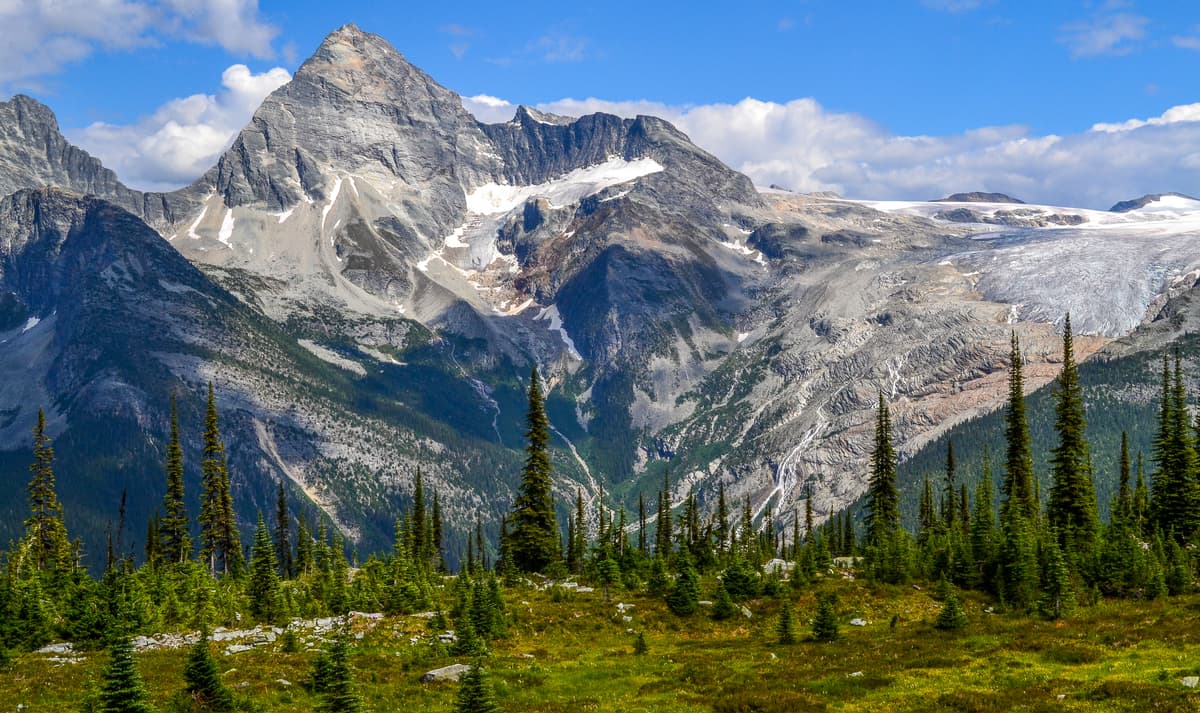 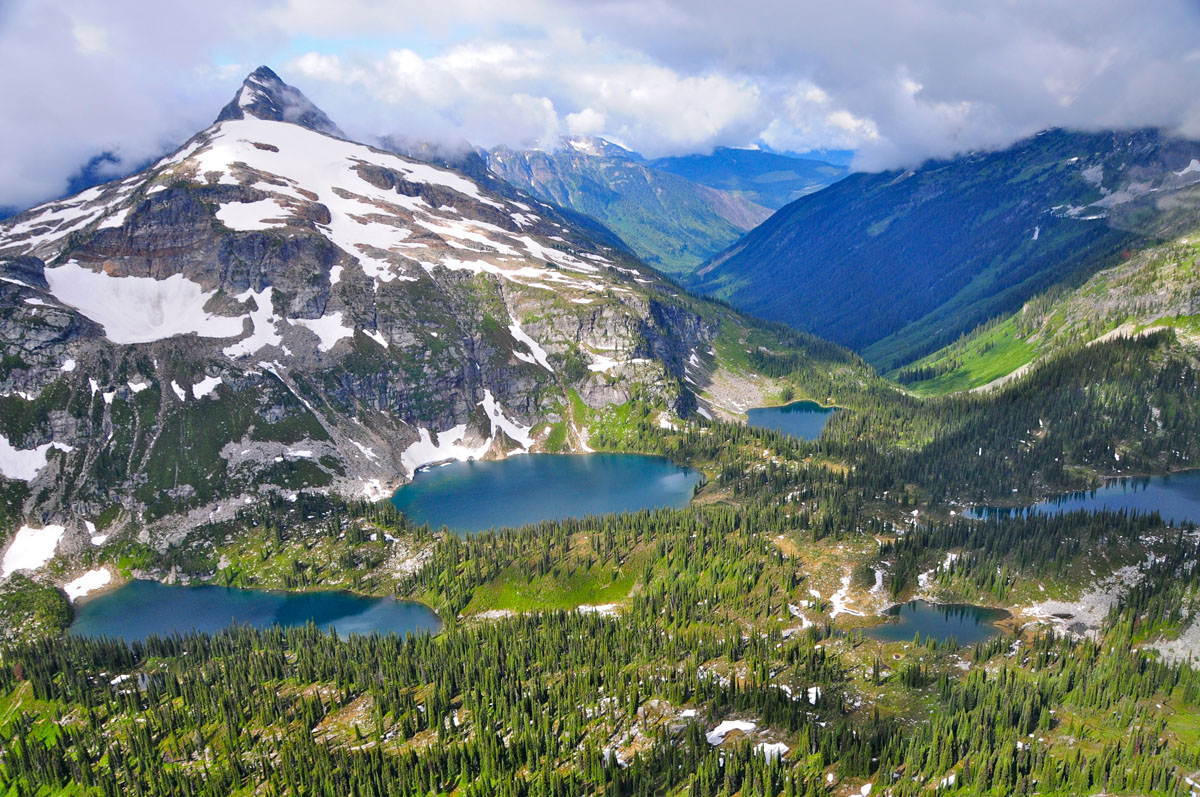