3 412 m
Elevation
Elevation is the altitude of a place
above sea level.

1 312 m
Prominence
Peak’s prominence is the least
vertical to be covered to get from the
summit to any other higher terrain.

Proportional Prominence 2 899 m
Glacier
A mountain with a glacier on the crests and / or slopes.
Location
50.729632 N  -116.813633 W
Howser Spire or Howser Spire Massif, is a group of three distinct granite peaks, and the highest mountain of the Canadian Bugaboo Spires. The mountain is located at the southwest corner of the Vowell Glacier, within the Bugaboo mountain range in the Purcell Mountains, a subrange of British Columbia's Columbia Mountains, The highest of the three spires is the North Tower at 3,412 m (11,194 ft), the Central Tower the lowest, and the South Tower being slightly lower than the North at 3,292 m (10,801 ft).

Howser Spire is named after the town of Howser on Duncan Lake and Howser Creek.

The first ascent of the North Tower was made in August, 1916 by Conrad Kain, Albert MacCarthy, E. MacCarthy, J. Vincent and Henry Frind. 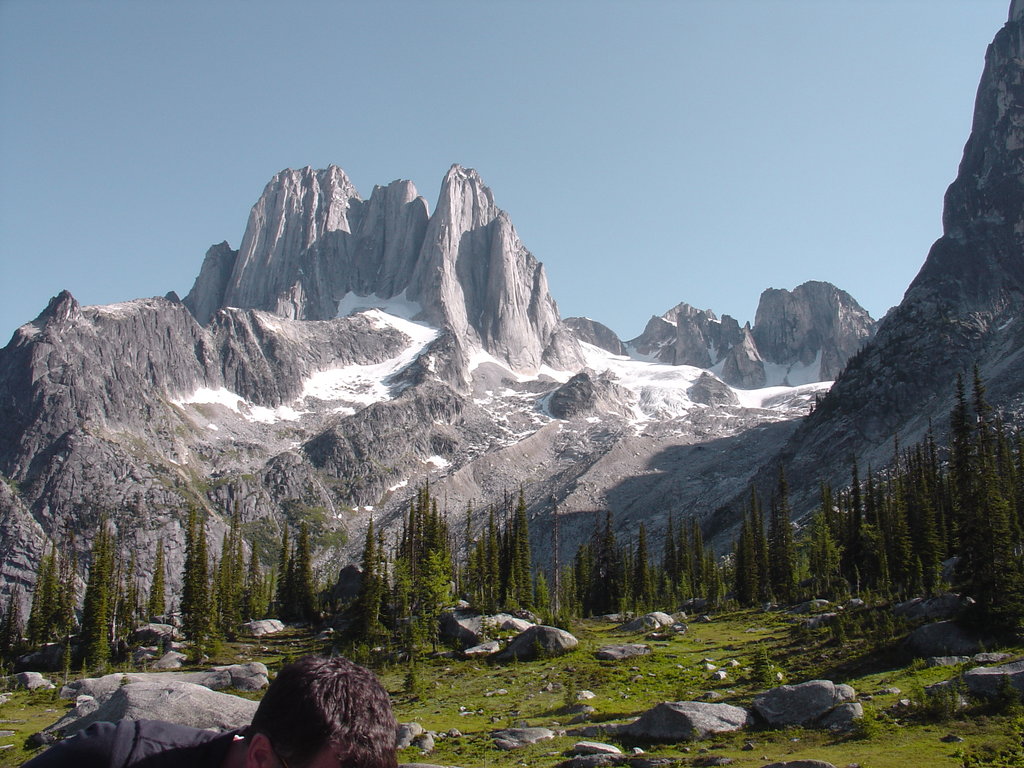 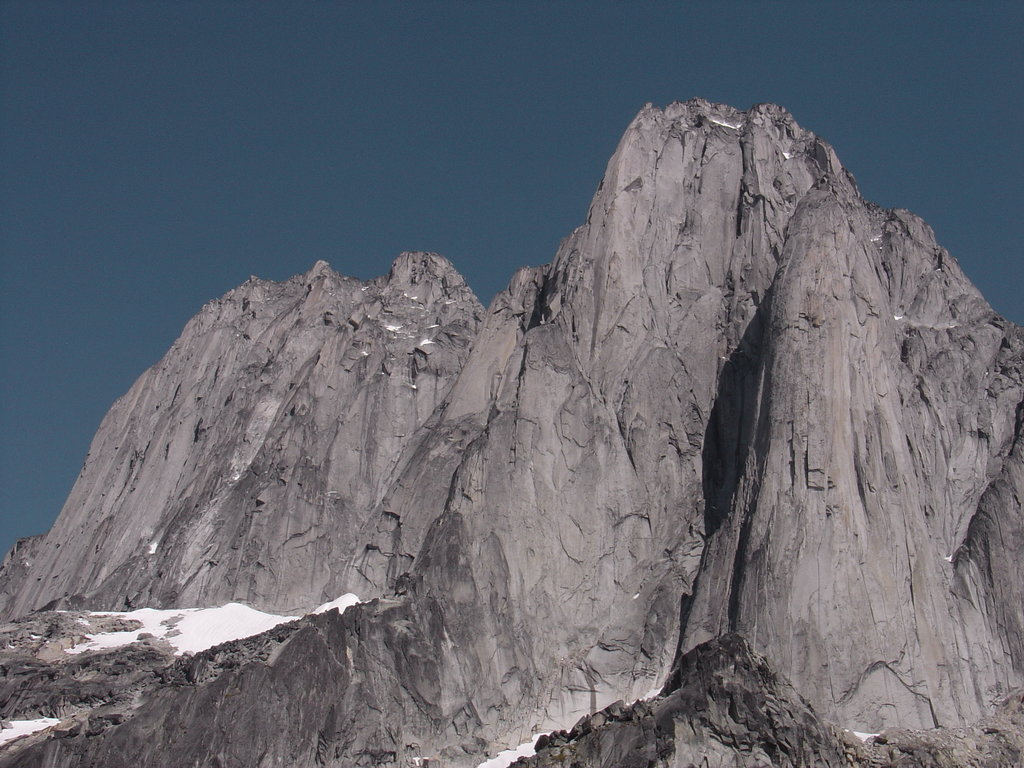