The Cariboo Mountains, which sit entirely in eastern British Columbia, form the northern subdivision of the Columbia Mountains. The range spans 3,000 square miles in area and approximately 152 miles in length. The Cariboo Mountains also run parallel to the Rocky Mountain Trench, a broad valley on the western side of the northern Rocky Mountains, which detaches them from the Canadian Rockies. From the highest peak in the range, Mount Sir Wilfrid Laurier, the mountains gradually decline northward and westward, before merging with the Interior Plateau near Prince George.

Some of the highest and most southern summits of the Cariboo Mountains are found within Wells Gray Provincial Park, a 1.3 million-acre wilderness area and British Columbia’s fourth largest park. Recognizable peaks in Wells Gray include Mount Goodall, Mount Pierrway, and Mount Hugh Neave.

Situated on the western slopes of the Cariboo Mountains, Bowron Lakes Provincial Park is infamous for its rugged glaciated mountains, deep lakes, waterfalls, and incredible wildlife. The park’s main attraction is the 72-mile, world-renowned Bowron Lake Canoe Circuit. The circuit takes approximately 6 to 10 days to complete and passes through chain lakes, rivers, and portages between waterways. A shorter, two to four day alternative is also available via the Westside route, which traverses Bowron, Swan, Spectacle, Skoi, Babcock, Unna, and Rum lakes. The circuit is only open to canoes and kayaks and does not allow motor-powered boats. There is a certain degree of wilderness survival experience required, but the circuit also includes trails to scenic waterfalls and several areas to swim, hang out on the beach, or even fish while in route to the next destination.

Bowron Lake Provincial Park is very diverse in both topography and vegetation. While the Cariboo Mountains dominate the eastern and southern sections of the circuit, the subtle, rounded hilltops of the Quesnel Highlands can be seen along the west side.

Vehicle access is somewhat limited, but camping on a first-come-first-serve basis is available at Ghost Lake. The park also caters to outdoor enthusiasts that enjoy spending most of their time in the backcountry. In fact, there are no maintained or marked trails in the park. Cross-country skiing and snowshoeing are also permitted in the park, though these trails are also not designated or maintained.

Wells Gray Provincial Park is how most visitors will experience the Cariboo Mountains. The park’s diverse topography is the result of glacial erosion and volcanic activity. The park is often referred to as one of British Columbia’s largest and most spectacular parks. The park is popular for boating and paddling, as well as camping, hiking, and backpacking.

North of Clearwater, Wells Gray offers a variety of hiking trails, ranging in length and difficulty. Popular trails and attractions include:

Helmcken Falls Rim Trail– An easy 5-mile trek that follows the rim of Helmcken Falls. In the winter this trail is available for snowshoeing and cross-country skiing.

Pyramid Mountain Trail– A moderate 8-mile trail that leads to the summit of Pyramid Mountain. The trail offers awe-inspiring views of the Premier Range and allows visitors to get up close and personal with unique volcanic exhibits and characteristics.

Murtle Lake– considered one of the most beautiful wilderness lakes in British Columbia, Murtle Lake is the ideal place to paddle.

Trophy Mountain– Hike 45 minutes through an interior old growth rainforest of spruce and fir to reach the sub-alpine meadows of the Trophy Mountains. In July and August, this is a popular trail to see vibrant wildflowers.

A short distance from Bowron Lakes Provincial Park and Troll Ski Resort, Wells is an outdoor epicenter for hiking, biking, skiing, and exploring the Cariboo Mountains. Wells is a cozy mountain town that was built in the 1930s to accommodate gold miners. Since then, however, Wells has transformed into a small town catered to artists, musicians, and outdoor enthusiasts. There are a variety of hotels, facilities, restaurants, and shops available to guests, as well as a visitor center where travelers can pick up maps and additional information on the surrounding wilderness areas.

Often referred to as just Troll, Troll Ski Resort is a ski area tucked within the Quesnel Highland in the northeastern Cariboo region of British Columbia. Troll offers an impressive 1,729-foot vertical and a variety of slopes and terrain for various experience levels. There is also an impressive terrain park and a teaching area, so visitors can get lessons or brush up on their skiing or snowboarding skills. The Wells and Hubs Hotels partner with Troll to provide close accommodations and facilities to the resort.

Crooked Lake is an off-the-grid, remote wilderness resort that allows visitors to completely disconnect and embrace the solitude of the Cariboo Mountains. There is a variety of wilderness activities available for those staying at the resort including, fishing, hunting, hiking, and mountain biking. In winter months, explore vast alpine meadows via snowshoes, snowmobiles, or cross-country skis. There is a variety of accommodations available including full-service cabins, RVs, and campsites. 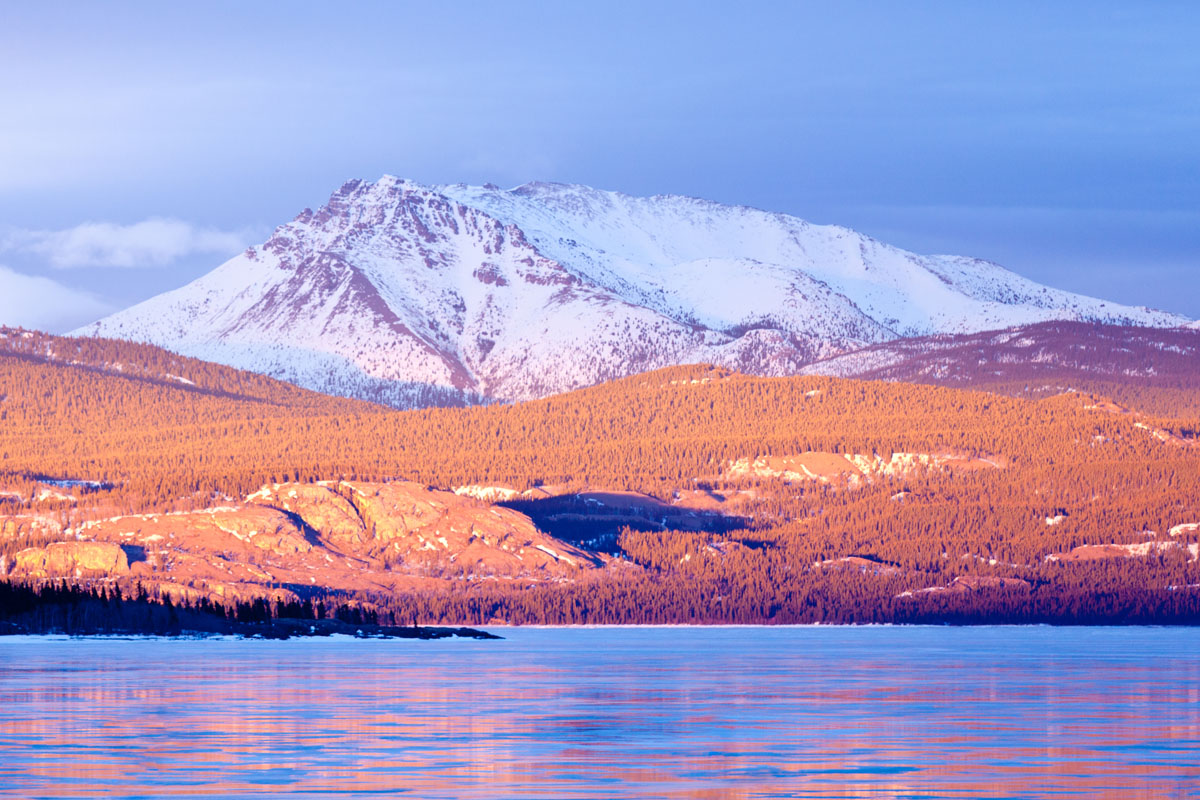 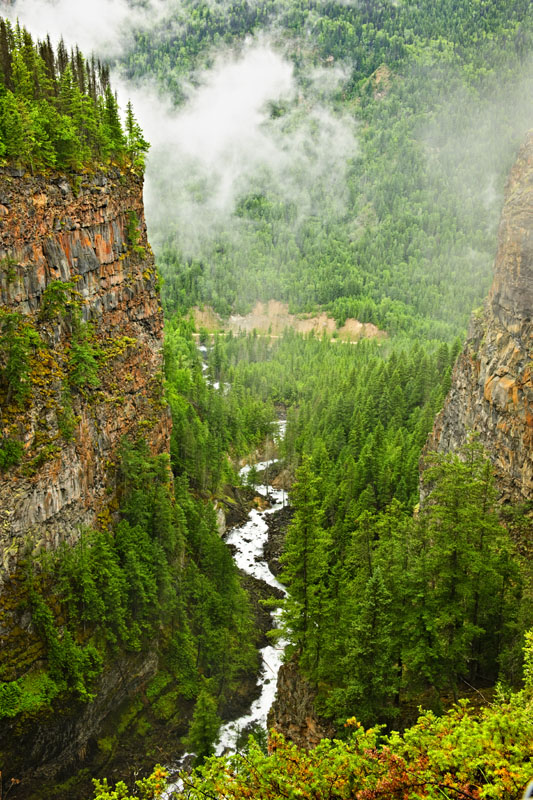 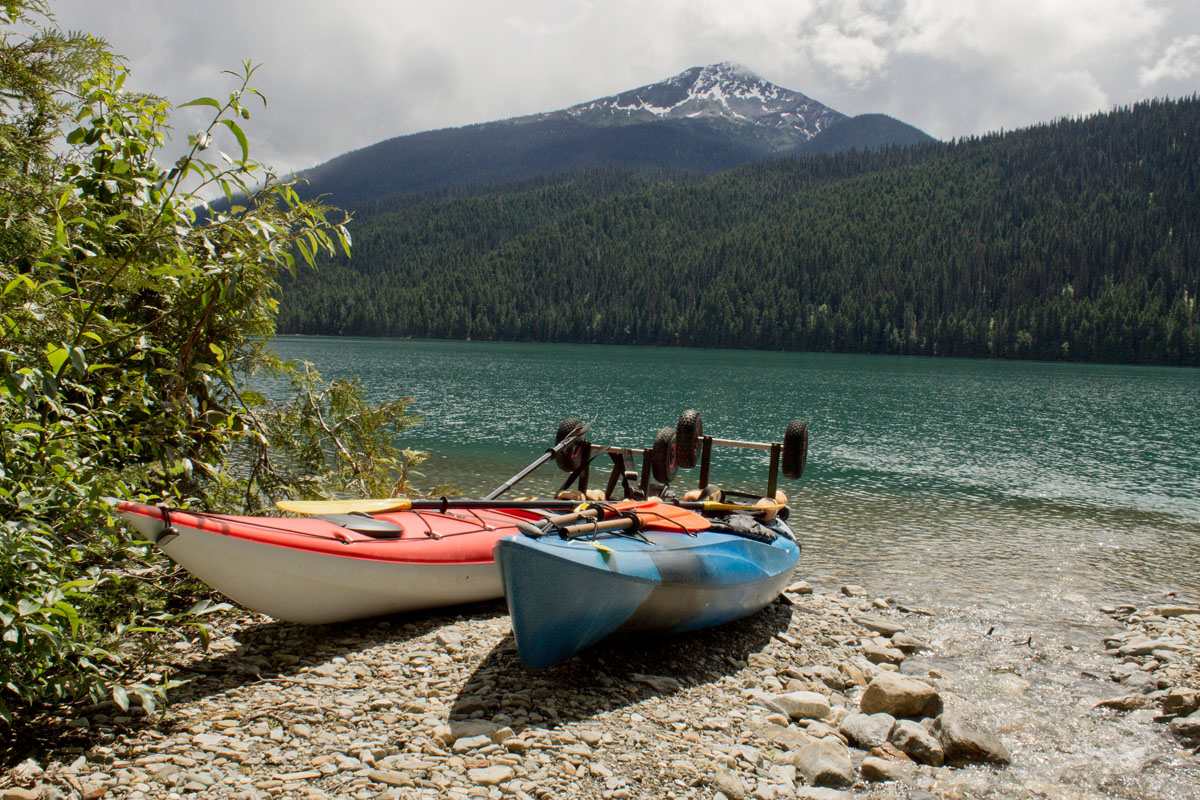 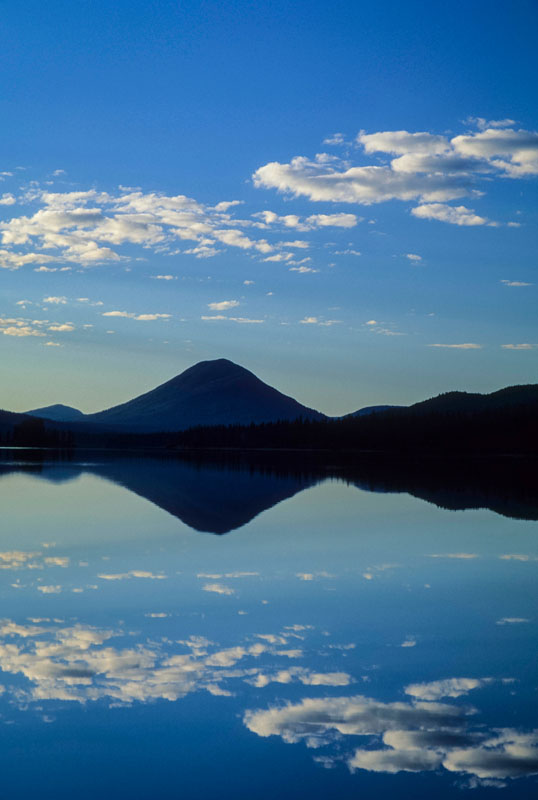 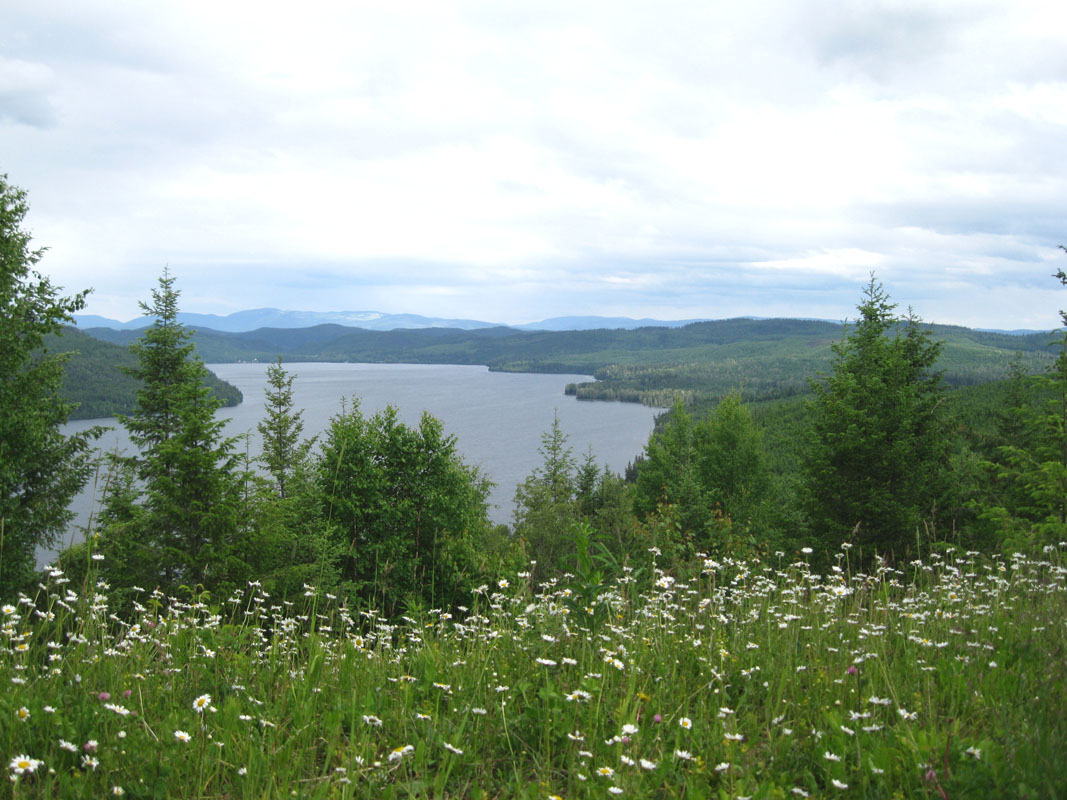 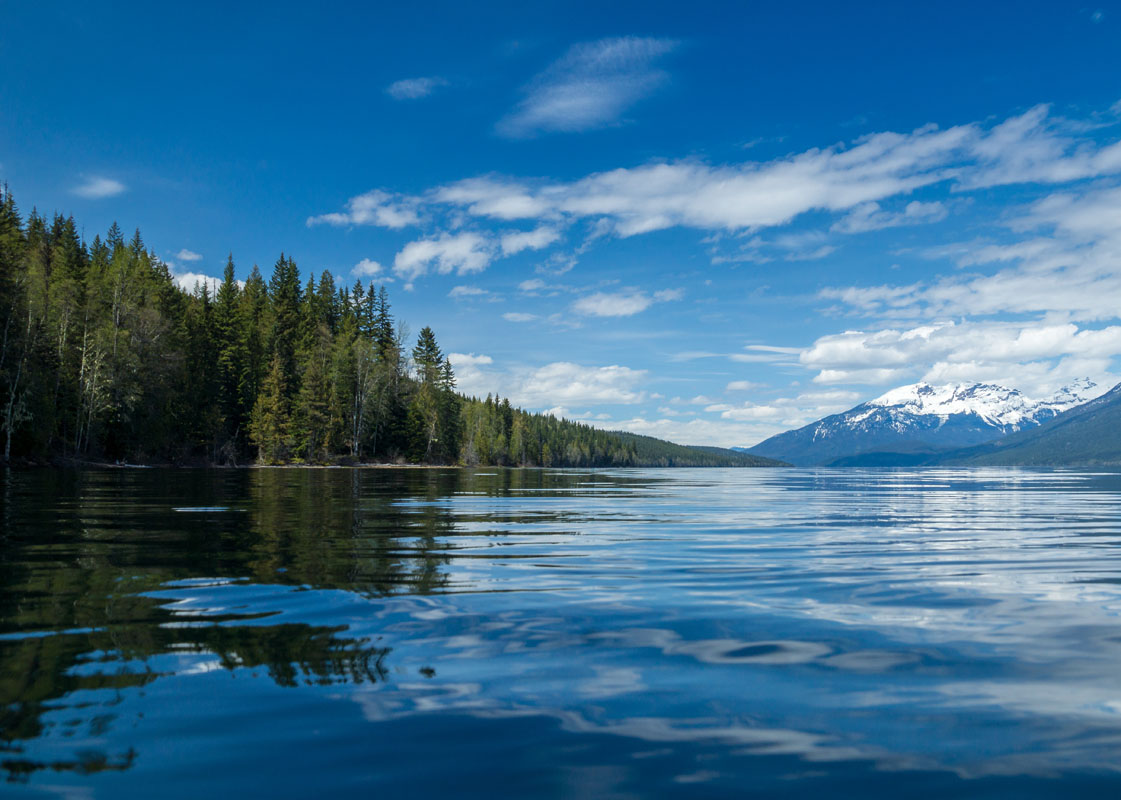 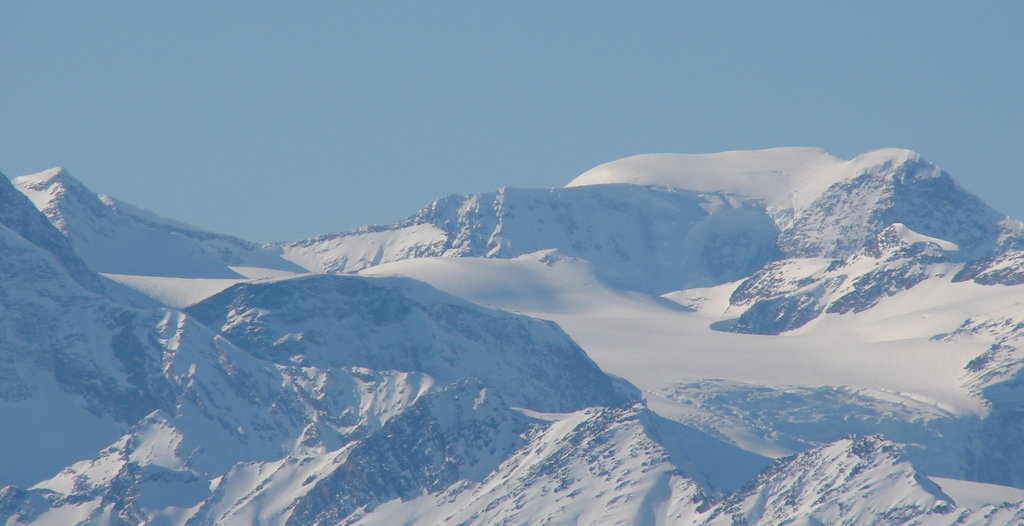