Atna River Provincial Park is a protected area located on the eastern side of the Coast Mountains in the Hazelton Mountains of central British Columbia, Canada. The park encompasses the beautiful Atna River, Atna Lake, and the surrounding Atna Peak, Corona Peak, and Pat Peak. There are 3 named peaks in the park, the highest and most prominent of which is Atna Peak. 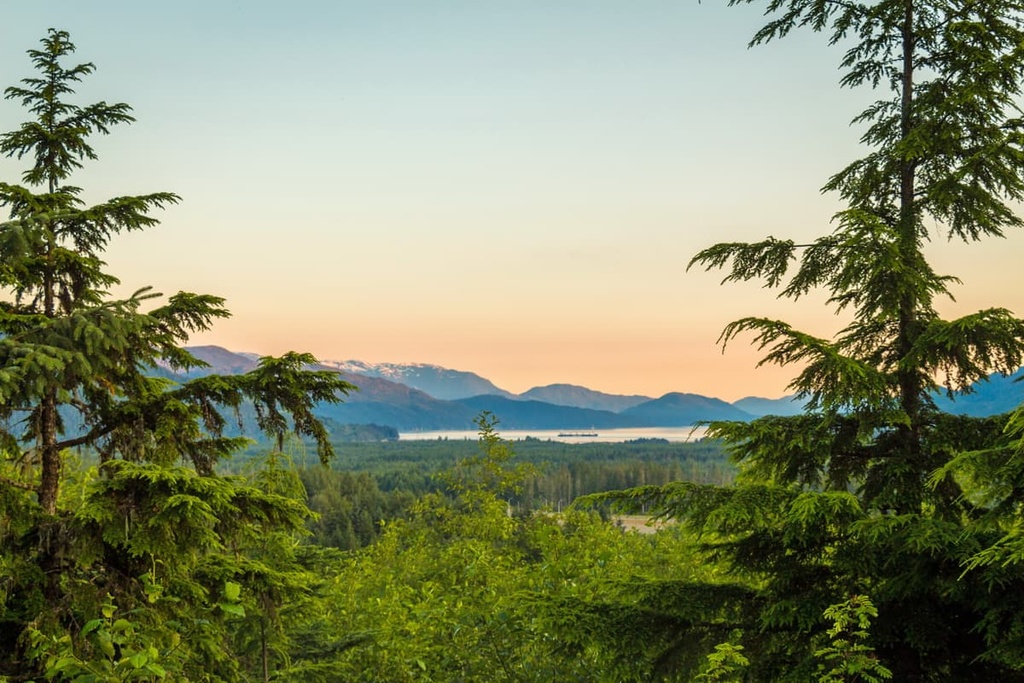 Located on the western edge of the Bulkley-Nechako Regional District of British Columbia, Canada, Atna River Provincial Park is a protected area that’s typically only accessible by plane or by boat from the neighboring Morice Lake Provincial Park.

The park is situated in the Hazelton Mountains, which border the eastern edge of the Coast Mountains. It is part of the transitional area that extends from the mountains onto the Nechako Plateau in the east. Atna River Provincial Park is one of the many parks in the area. Some of the other nearby parks include:

Atna Lake is surrounded by three peaks, of which Atna Peak is the tallest and the most prominent. Atna Peak is 2,721 m (8,927 ft) tall and it is an ultra-prominent mountain with 1,785 m (5,856 ft) of prominence. Mountains are ultra-prominent when their prominence, which is a measure of their relative height in the landscape, is at least 1,500 m (4,920 ft).

Atna River Provincial Park is located in the Hazelton Mountains which lay along the east side of the Kitimat Ranges of the Coast Mountains.

While the Hazelton Mountains are often considered to be a part of the Coast Ranges, they are actually a separate mountain range because they are geologically different from the Coast Mountains. In fact, they are more comparable to the peaks on the Nechako Plateau, which is located to the west.

The Sevier orogeny was caused by the movement of tectonic plates under the Pacific Ocean as they collided with and ultimately subducted beneath North America. The collision added new terranes to the west coast and compressed the continental margin, which resulted in the uplift of the Columbia Mountains, Coast Mountains, and the mountains of the interior plateaus.

Atna River Provincial Park is located in the Tahtsa Range of the Hazelton Mountains, which is a belt of non-granitic mountains between the geologically similar Nechako Plateau on the east and the granitic mountains of the Kitimat Ranges to the west.

The tall peaks of the Tahtsa Ranges are very jagged. Many of these peaks are still cirque glaciers as remnants of the most recent glacial maximum during the Pleistocene.

The runoff from the surrounding glaciers flows into Atna Lake to give the lake its emerald color. The stunning emerald color of Canada’s glacial lakes, such as Lake Louise, Peyto Lake, and Lake Atna comes from powder of ground up rock that glaciers create as they erode away at the landscape.

Atna River Provincial Park lies primarily in the subalpine valleys of the Hazelton Mountains. The peaks of the park are typically barren and rocky. They feature lower elevation alpine meadows filled with sedge and heather that are interspersed with stands of stunted trees. Mountain goats and bighorn sheep inhabit the alpine in the park as do marmots and ground squirrels.

The subalpine on the eastern side of the ranges is covered in forests of Engelman spruce, subalpine fir, and lodgepole pine. Engelman-white spruce hybrids can also be found throughout the river valley, to. Additionally, the park protects an important whitebark pine ecosystem.

Grizzly bears, black bears, moose, caribou, elk, cougars, and coyotes are all found in the park. The park’s golden eagles prefer to nest in south-facing areas where they can prey upon large alpine rodents, such as the hoary marmot and the Columbian ground squirrel.

Woodpeckers are found in the old-growth forests of the region. They prefer forests of standing-dead trees, while other birds such as the gray jay, red crossbill, white-winged crossbill, and the pine siskin prefer conifer forests. The rivers in the region are home to sockeye salmon, coho salmon, lake trout, Dolly Varden, and whitefish.

The park protects important habitats for mountain goats and grizzly bears. It is also a spawning area for sockeye salmon.

Atna River Provincial Park is located on the traditional territory of the Wet'suwet'en First Nation who are a Dakelh (Dakelh-ne / ᑕᗸᒡ / Carrier) First Nations. The First Nation has inhabited the land that is now part of the park for thousands of years. In particular, the park is specifically part of C’iniggit Nenikëkh house territory in the house of Yextsowiten (Thin House) that belongs to the Gilseyhyu (Big Frog) clan.

The territory of C’iniggit Nenikëkh house is known as “Common Basket” because it is a productive area for resources and remains important to the Wet’suwet’en. The area was also traditionally used to hunt hoary marmot and caribou.

The park is part of a broader collection of provincial parks and protected areas that include cultural heritage features of the Wet’suwet’en. Cultural heritage sites in the park include culturally modified trees, cultural depressions, symbolic markers, artefacts, gravesites, home places, gathering places, and traditional use sites for fishing, hunting, tool manufacturing, and food processing.

While Atna River Provincial Park appears to only be a wilderness area, it has been home to the Wet’suwet’en for thousands of years. Many of the region's parks have been established to protect the pristine wilderness territories that have been and are still used by the First Nations of the area.

The broad alpine valley of Atna River Provincial Park is filled with lush forests, the turquoise Atna Lake, and the beautiful Atna River along with the many tributary creeks. The main activities in the park include canoeing, hiking, fishing, and mountaineering.

Canoeing is the main activity in the park as all the lakes and waterways are connected by portage trails; however, aside from the portage trails, there are no other officially established trails in the park. From the waterways, you will be able to experience the tranquility of the mountains and take in spectacular views of the surrounding ranges.

The water in the park is cold, so swimming is usually limited to short, refreshing dips in the lake or river. Aside from paddling and swimming, visitors can fish for Dolly Varden, lake trout, or whitefish in the park. Additionally, there are climbing and mountaineering opportunities in the area.

Nearby Cities and Towns

Houston is located about 90 km (54 mi) from Atna River Provincial Park. It is the closest community to the park. The town is situated within the Regional District of Bulkley Nechako, and it has an economic focus on forestry, mining, and tourism.

If you have the opportunity to spend time in and around Houston, the local hiking club recommends hiking to Findlay Falls, China Nose Mountain, Houston Palisades, Morice Mountain, Nadina Falls, and many more.

Terrace is located about 345 km (207 mi) from Morice Lake Provincial Park, which is typically the access area to Atna River Provincial Park. Terrace is situated at the junction of Highway 16 and Highway 37 and it is home to the Northwest Regional Airport as well as a railway station serviced by Via Rail’s passenger trains.

There are countless areas to explore near Terrace and many outdoor activities, such as fishing, hiking, mountain biking, climbing, and hunting, to enjoy. In fact, locals often spend the autumn searching for wild mushrooms and the summer picking berries.

Kitimat is situated some 400 km (240 mi) away from Morice Lake Provincial Park, which is the gateway to Atna River Provincial Park. The town is located alongside tidal waters at the head of the Kitimat Arm of the Douglas Channel.

Located along tidal waters and amongst lush forest and tall peaks, Kitimat has many hidden gems to discover. With trails that lead up mountains, along creeks, along rivers, through valleys, or along the ocean shore, there is sure to be something for everybody to enjoy in Kitimat.

Located on Kaien Island, Prince Rupert is about 500 km (350 mi) from Atna River Provincial Park. It is the transportation hub of the north coast of British Columbia.

The area has been inhabited for the last 5,000 years by First Nations. Additionally, the contemporary city of Prince Rupert was first established with a post office in 1906 when it was the western terminus for the region’s railways.

Prince Ruper has a variety of trails for hikers to choose from. Some of the most popular hikes around Prince Rupert include the Butze Rapids Trail, Tall Trees Trail, and the trail to Wantage Falls. You can also hike Mount Hays via the Kiwanis Trail.

The city is also the starting point for many wildlife viewing trips including expeditions to see grizzly bears, salmon, eagles, and whales. Tours can be arranged from Prince Rupert to Khutzeymateen Grizzly Bear Sanctuary, which features one of the densest populations of grizzlies in North America. 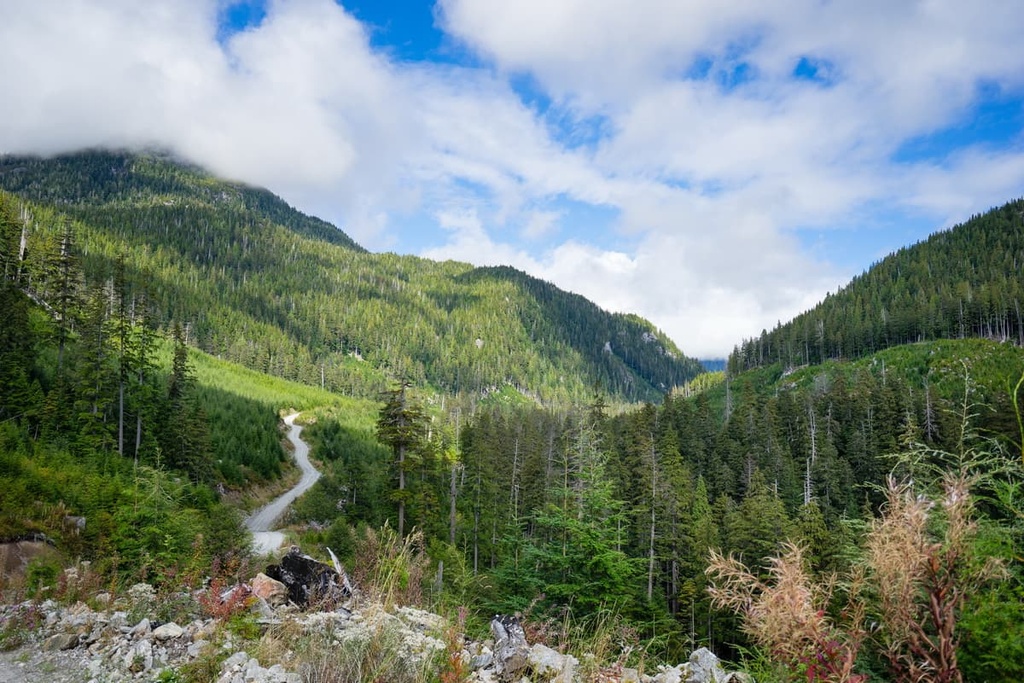 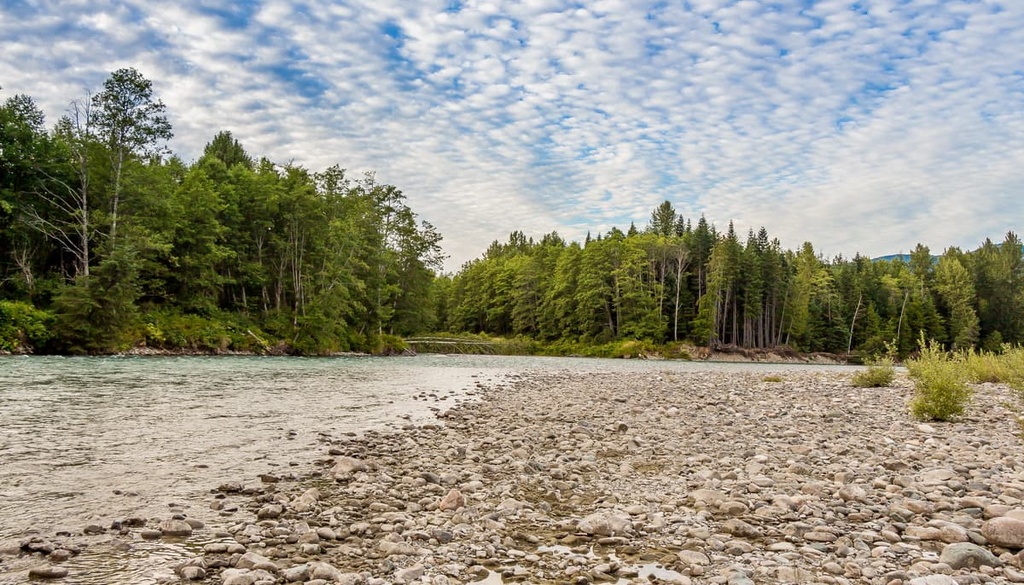 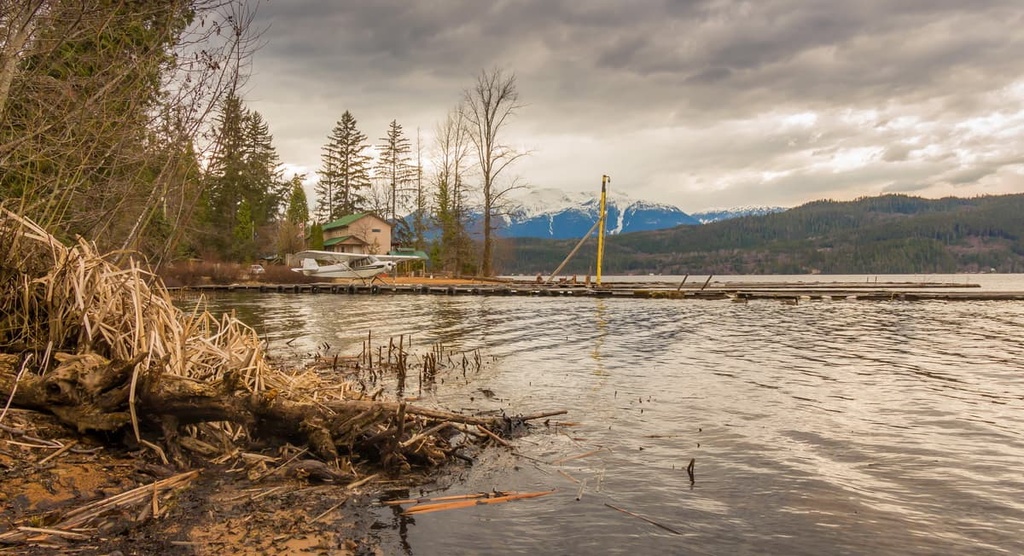