The Nechako Plateau is located at the northern end of the Interior Plateau of British Columbia, Canada. There are over 116 named peaks on the Nechako Plateau, the tallest of which is Michel Peak (2,257 m/7,405 ft). Mitchel Peak is one of the monadnocks of the Quanchus Range in Tweedsmuir Provincial Park. 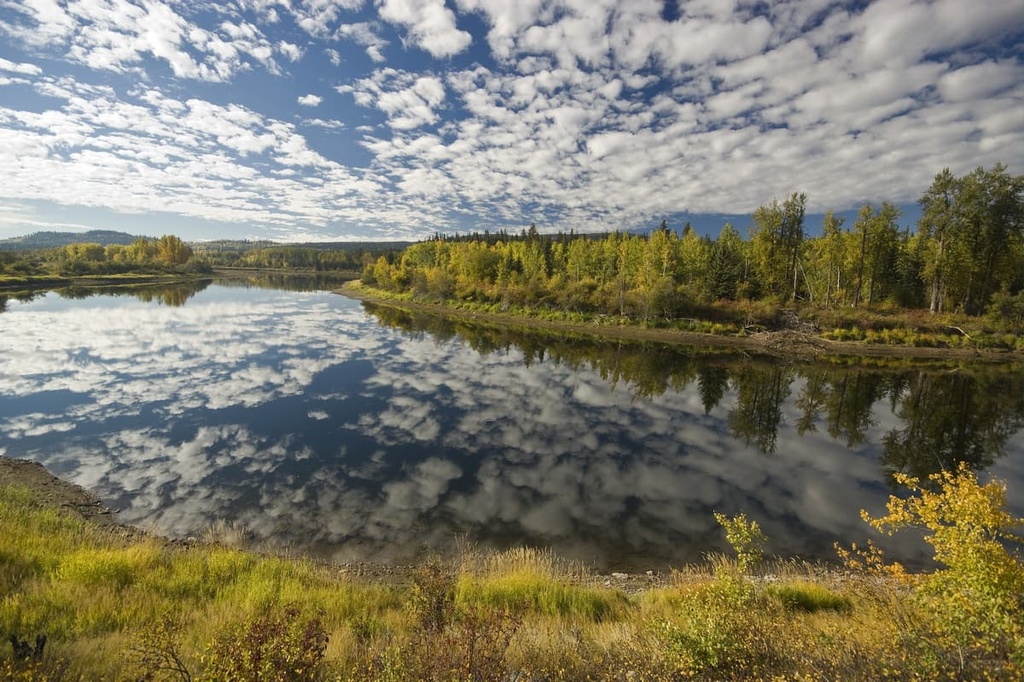 The Hazelton and Kitimat Ranges are situated along the western border of the Nechako Plateau, while the east side is bordered by the Hart Ranges of the northern Rockies. The Omineca and Skeena Mountains are located to the north of the plateau and the Fraser Plateau borders the plateau to the south. The line between the mountain ranges and the plateau roughly follows the 5,000 ft (1,524 m) topographical line on the maps.

There are over 100 named peaks on the Nechako Plateau, the tallest of which is Michel Peak with 2,257 m (7,405 ft) of elevation. It is part of the Quanchus Range at the northern end of Tweedsmuir Provincial Park. The following is a list of other provincial parks on the plateau:

Most of the Nechako Plateau is situated between 1,220 m (4,000 ft) and 1,525 m (5,000 ft) in elevation. The bulk of it consists of Cenozoic lava flows. The lava covered older sedimentary and volcanic layers in the region as well as Jurassic and Cretaceous granitic intrusions.

The same tectonic processes that added these terranes to the west coast of Canada were also responsible for the formation of the Canadian Cordillera, which consist of the Coast, Columbia, and Rocky Mountains.

Throughout this mountain building process, the layers of rocks were compressed, cracked, bent, and uplifted, a process that also created weak spots in the continental crust. Starting around 60 million years ago, the weak areas of the continental crust cracked, and lava flowed out, eventually creating the Nechako Plateau.

During the Pleistocene, there was significant ice coverage over the Nechako Plateau that ground away the softer rocks, creating a generally flat topography. The mountains on the plateau typically consist of more durable limestone or granite, which withstood the erosive forces of the glaciers. Alternatively, some mountains in the region are the remnants of the volcanoes that covered the plateau with lava.

Glacial drift covers most of the plateau with a thick layer of till formed into thousands of grooves and drumlin-like ridges. Most of the present-day lakes on the Nechako Plateau formed from glacial depressions, and there are significant eskers and meltwater channels that adorn the plateau.

Notable Nechako Peak subranges are the round topped Quanchus and Fawnie Ranges. The tallest peaks in these ranges are Michel Peak and Fawnie Nose, respectively. These ranges and mountains are monadnocks, which are rocky hills or mountains that rise out of otherwise flat terrain. In this case, the late Tertiary eroded surface of the region is punctuated by erosion resistant granitic stocks and their aureoles of hornfelsed rocks.

The Sub-Boreal Spruce ecology is characterized by warm summers, cold winters, deep snow cover, dense forests, varied wildlife, and clear rivers and lakes. The densely forested, rolling landscape of the Nechako Plateau has forests of hybrid white spruce, subalpine fir and black spruce. However, Douglas fir may grow in the drier areas of the plateau.

The sub-boreal forests transition as they rise up the slopes of the mountains. Eventually, Engelmann spruce becomes the dominant tree in the canopy with an understory of subalpine fir. The subalpine fir tends to dominate the alpine tree line, and the cold winds stunt the tree line trees into gnarled masses, called krummholz.

Where the mountains are tall enough to extend above the treeline, the forests dwindle to scattered stands of stunted trees and large areas of heath. The heath typically has fescue grasses and sedge, where there is enough soil and moisture to grow among the rocky outcrops.

There are many cold-tolerant animals that inhabit the Nechako Plateau. These include moose, which are well adapted to the deep snows that accumulate in the winter. Smaller mammals in the region survive by burrowing under the snow, while animals such as the snowshoe hare are adapted to run on top of the snow.

There is abundant prey on the plateau to support large populations of wolves, fisher, ermine, and marten.

Grizzly bears inhabit the plateau, where they typically forage for food, hunt small prey, and are opportunistic when larger animals cross their path. Additionally, mountain goats grace the tallest peaks of the region, where they remain all year, using the rocky outcrops and steep cliffs as their defense against predators.

There was traditionally a First Nations village located several kilometers west of the modern town of Vanderhoof called Chinlac. Chinlac was at the confluence of the Nechako and Stuart River, and Simon Fraser’s diary reports that he believed that he was the first White man to trade with the people of Chinlac.

The Nechako Plateau was a productive region for harvesting furs, so there were many trading posts built across the plateau. Further settlement occurred throughout the nineteenth and twentieth centuries for developing the forestry industry as well as agriculture.

The Nechako Plateau is a vast wilderness punctuated with mountains and dotted with many lakes. The following are some of the many incredible wilderness areas on the plateau to explore.

Fraser Lake is a beautiful lake on the Nechako Plateau that’s located just north of Highway 16. It is home to many trails that take you into the region’s stunning wilderness. The following are some of the popular hikes of the area:

Some of the other trails around Fraser Lake are Black Point Trail, Cabin Creek Falls, Cheslatta Falls Trail, and Greer Creek Falls. More trails to explore are the White Swan Park Trail, Ormond Creek Canyon Side Trail, and the Kenny Dam.

Prince George is the primary city of northern British Columbia. Throughout its history, the residents of the city have ventured about in the nearby wilderness, taking note of the exceptional places nearby. The following are some of the best hikes and attractions around Prince George:

Some of the other notable trails and attractions near Prince George include Hixon Falls, the Fort George Canyon Trail to see the volcanic islands in the Fraser River, and the Ridgeview Lake Loop. Other falls that are worth visiting are the Upper Morkill Falls and the Hellroaring Falls.

The city of Prince George is considered the capital of northern British Columbia and its recent history can be traced back to the founding of Fort George, a North West Company trading post established by Simon Fraser in 1807. The city is located on the east side of the Nechako Plateau at the junction of Highways 16 and 97.

While hiking and exploring the surrounding wilderness is popular for locals and tourists alike, there are also opportunities for fishing, canoeing, kayaking, mountain biking, and other outdoor recreation activities. Off-roading is also a popular pastime of locals in the region. There are well established clubs and areas to practice motocross and drive OHVs.

Located on the northeast edge of the Nechako Plateau off Highway 39, Mackenzie is a community nestled along the shore of Williston Lake. The municipality of Mackenzie is a great place for winter-loving outdoor enthusiasts, where they host dog sledding, cross country skiing, and snowmobiling competitions.

Situated centrally on the Nechako Plateau, the town of Vanderhoof is surrounded by seemingly endless miles of wilderness. The small town is rich with ancient history as it was an important location among the European settlers of what is now called British Columbia. 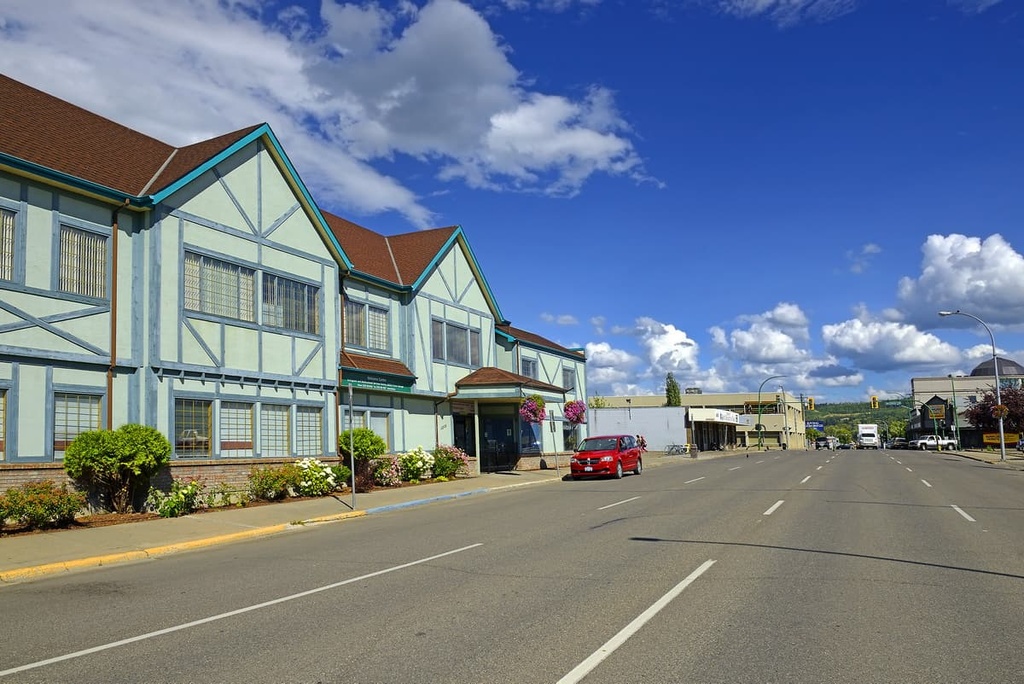 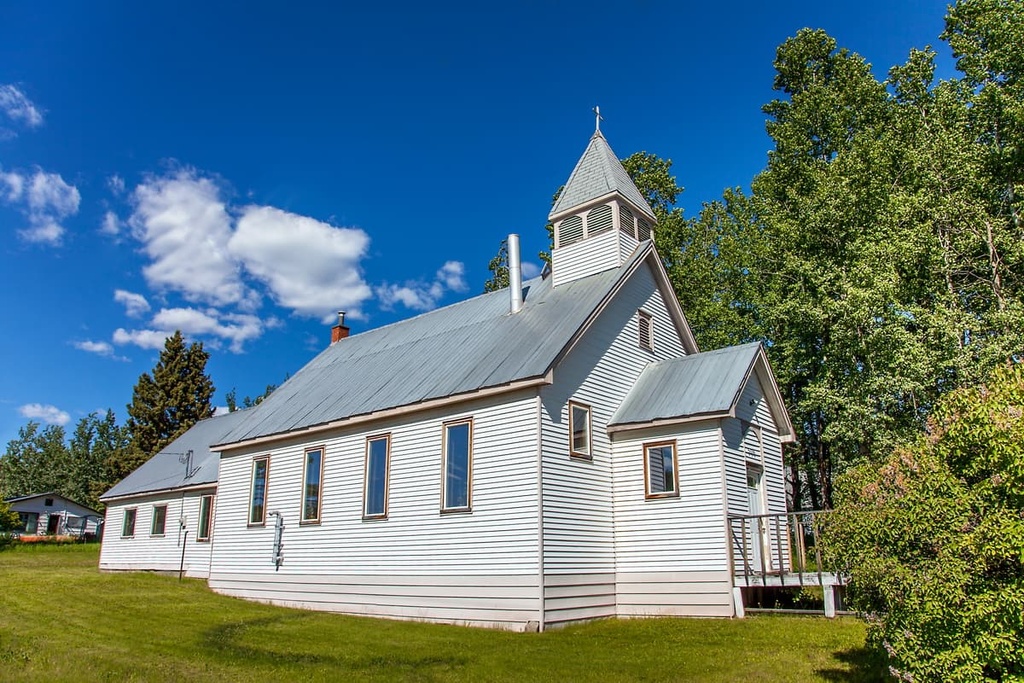 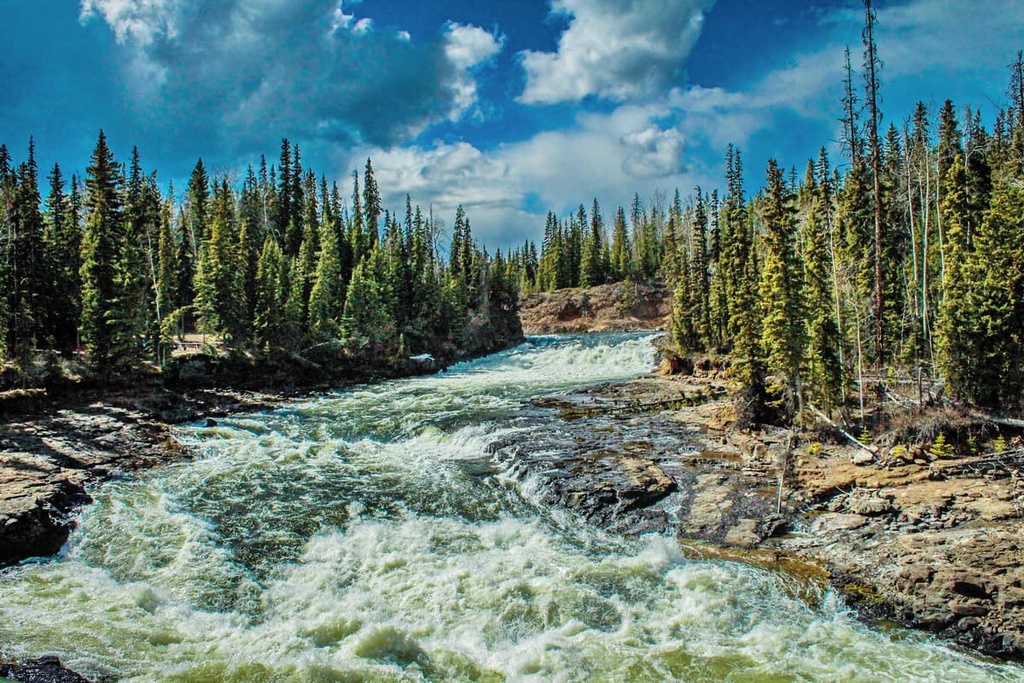 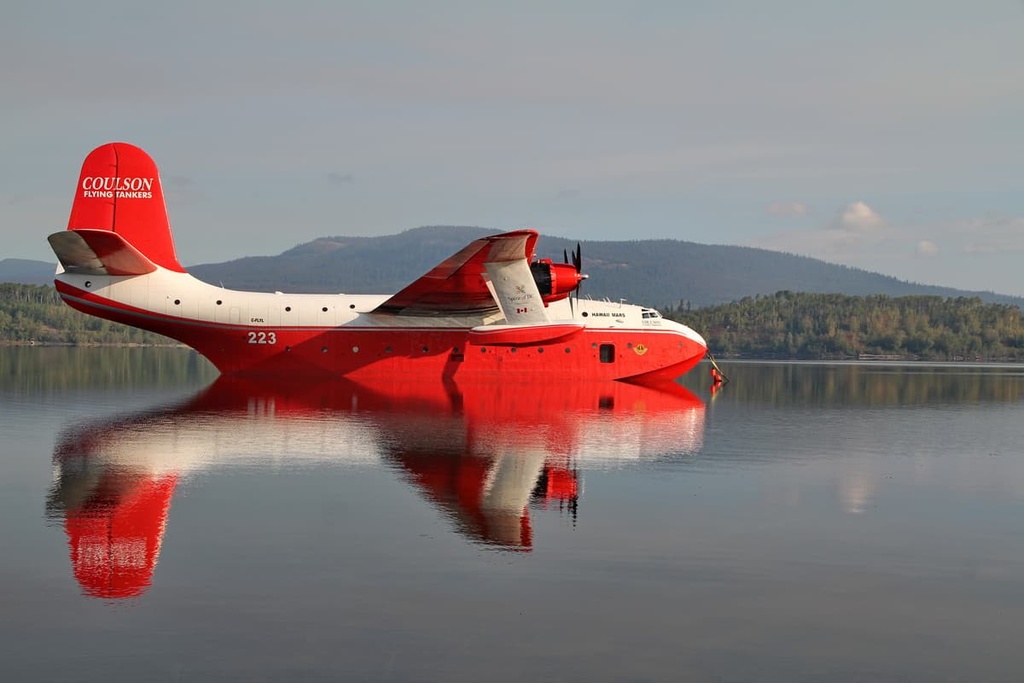 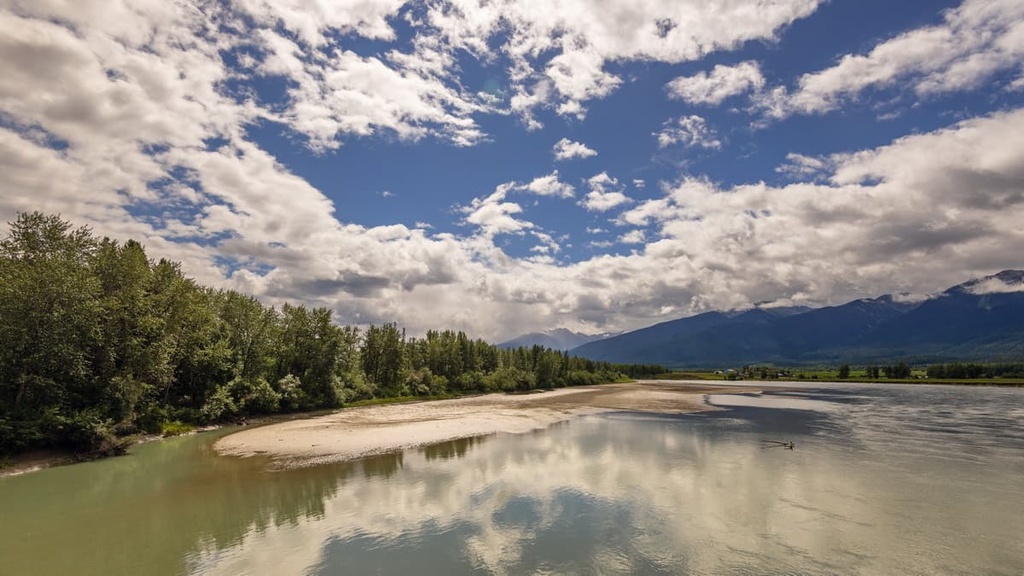 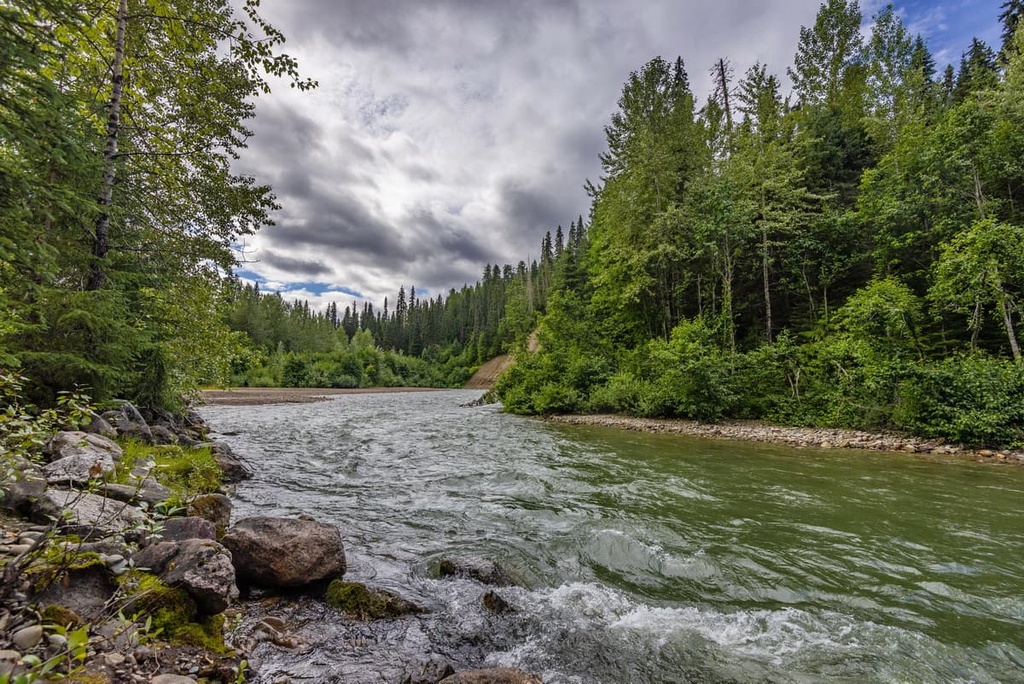