Known for its pristine natural landscape and jagged peaks, Tweedsmuir Provincial Park is a protected area in the west-central region of the Canadian province of British Columbia. It is home to 72 named mountains, the highest and most prominent of which is Monarch Mountain (3,551m/11,650ft).

Situated approximately 480 kilometers (298.3mi) north of Vancouver, Tweedsmuir Provincial Park is one of the largest of British Columbia’s more than 600 provincial parks. With an area of 9,896.2 sq. kilometers (3,820.9 sq. mi), Tweedsmuir is substantially larger than both Gwaii Haanas National Park Reserve and Kootenay National Park, which are the largest national parks in British Columbia.

The park is located near British Columbia’s very mountainous coast in the sparsely populated Regional District of Mount Waddington.

The mountains within Tweedsmuir Provincial Park are part of the Canadian Coast Mountains, which extend for some 1,600km (990 miles) from north to south through British Columbia, the Yukon, and the southeast panhandle of the US state of Alaska.

Geologically, these peaks are part of a much larger mountain chain, which extends down the western coast of North America and includes other major ranges, such as the Cascade Range, the Olympic Mountains, the California Ranges, the Chugach Mountains, and the Saint Elias Mountains.

Within the Canadian Coast Mountains much of the bedrock is igneous in origin, due to the region’s extensive history of volcanism. Over time, much of this rock has metamorphosed as various terranes have accreted to one another and as the Pacific Plate has subducted under the North American Plate.

The southernmost part of Tweedsmuir, as well as the Waddington Range to the south, are heavily glaciated. In particular, Monarch Mountain is surrounded by the Monarch Icefield, one of the northernmost major icefields in the region. To the south is the slightly larger Ha-Iltzuk Icefield.

Tweedsmuir Provincial Park covers such a large area that it is home to a wide range of different climates and ecosystems. At its highest elevations, the park is truly alpine, particularly around Monarch Mountain, The Throne, The Serf, and Concubine Peaks.

In lower elevations, the region is heavily forested, with large stands of lodgepole pine, white spruce, subalpine fir, Engelmann spruce, and other conifers.

Tweedsmuir Provincial Park, like much of British Columbia, has been home to humans for millennia. Countless groups have called the region home, though the Nuxalk Nation, Wet’suwet’en, Tsilhqot’in Nen, Da’naxda’xw-Awaetlala First Nation, and Haisla Nation, are among the most recent inhabitants of the land prior to the arrival of Europeans and Canadians of European descent.

The park was first established in 1938 and was named after John Buchan, Baron Tweedsmuir of Elsfield, the 15th Governor General of Canada. He had traveled throughout the region by float plane and by horseback during his trip to British Columbia in 1937 and was impressed by its beauty.

These days, the northernmost part of the park is nearly completely undeveloped and is a wilderness area. Access throughout the park can be difficult due to its remote location. However, Highway 20 offers good access to the southern part of the park while float planes and ferries along the Inside Passage are good alternatives in the northern and western regions.

The Alexander MacKenzie Heritage Trail (a.k.a. The Nuxalk-Carrier Route) is a long distance hiking route that travels through the central portion of Tweedsmuir National Park on its way from Bella Coola to Quesnel.

It is about 420km (260.9mi) long and follows a traditional trade route that was used by the first peoples of what’s now British Columbia. Additionally, it was famously crossed by Alexander MacKenzie in the late 1700s, making him the first European to do so. The section of the trail that crosses through Tweedsmuir is considered to be difficult, yet very scenic.

One of the tallest waterfalls in Canada with a 260m (853ft) unbroken drop (the precise height is contested), the trail to Hunlen Falls is a fairly popular 16km (10mi) long, one-way, trip for experienced hikers. For folks who want a shorter hike, Hunlen Falls is accessible by float plane, as the nearby Turner Lake makes for a good landing spot.

The Regional District of Mount Waddington, where Tweedsmuir Provincial Park is located, is sparsely populated. However, there are a few cities, towns, and communities in the surrounding region which make for a good place to start your adventure into the park. Here are some good places to check out:

The Bella Coola Valley, which includes a number of smaller settlements, such as Bella Coola and Hagensborg, is home to about 2,000 people. It is located to the west of Tweedsmuir Provincial Park along Highway 20, which provides decent road access to some of the less remote hiking areas in the region.

Highway 20 connects the Bella Coola Valley with the cities of Williams Lake and Quesnel in the east, which are two of the largest population centers in the Cariboo region. Additionally, the valley is serviced by the Bella Coola Airport, which offers service to Vancouver. It also gets summertime ferry service to Port Hardy on Vancouver Island.

With a population of over 86,000 people, Prince George is the largest city in the northern part of British Columbia. Although it is located quite a distance to the east of Tweedsmuir Provincial Park, Prince George is located at the intersection of Highways 97 and 16, which make it a major transportation hub in the region.

Prince George also has one of the busiest airports in northern British Columbia, making it a good place to fly into if you’re coming from further afield. 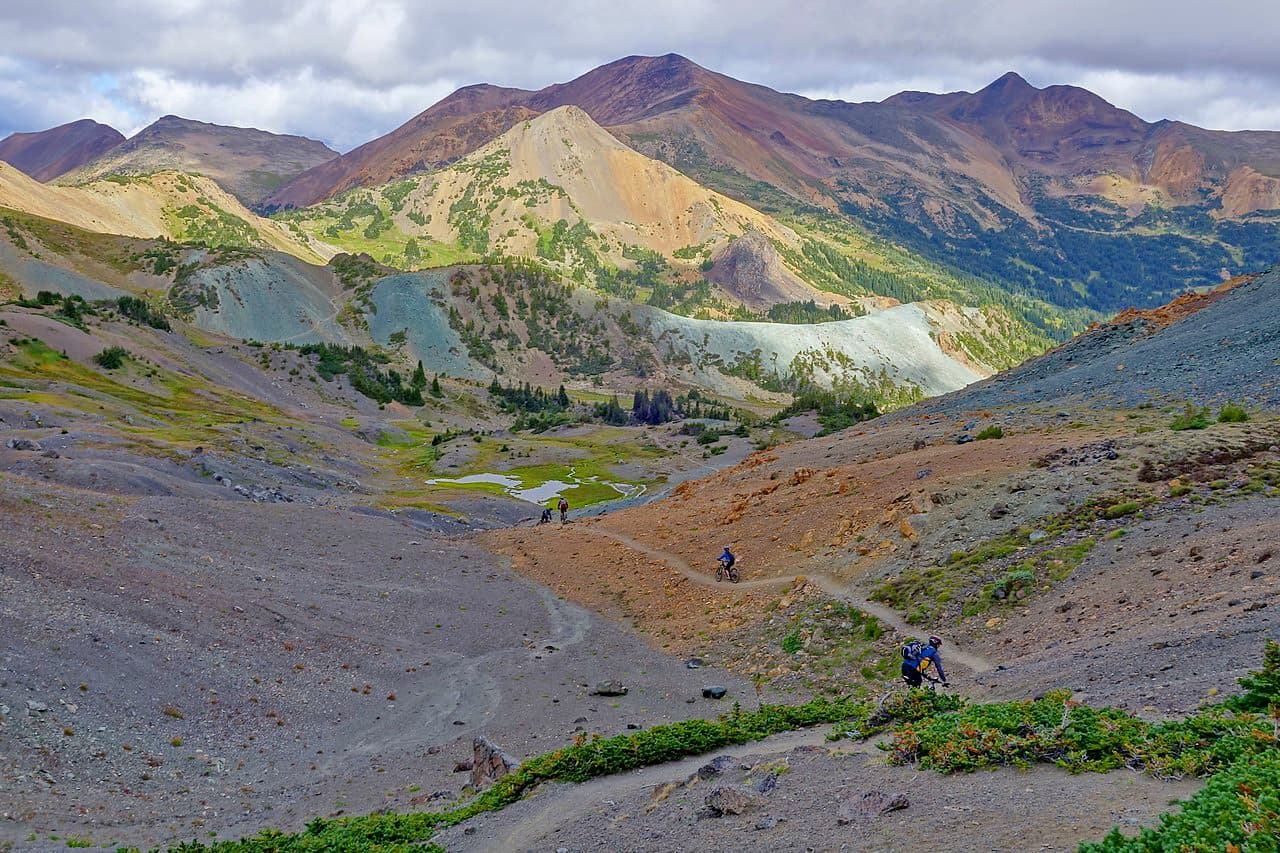 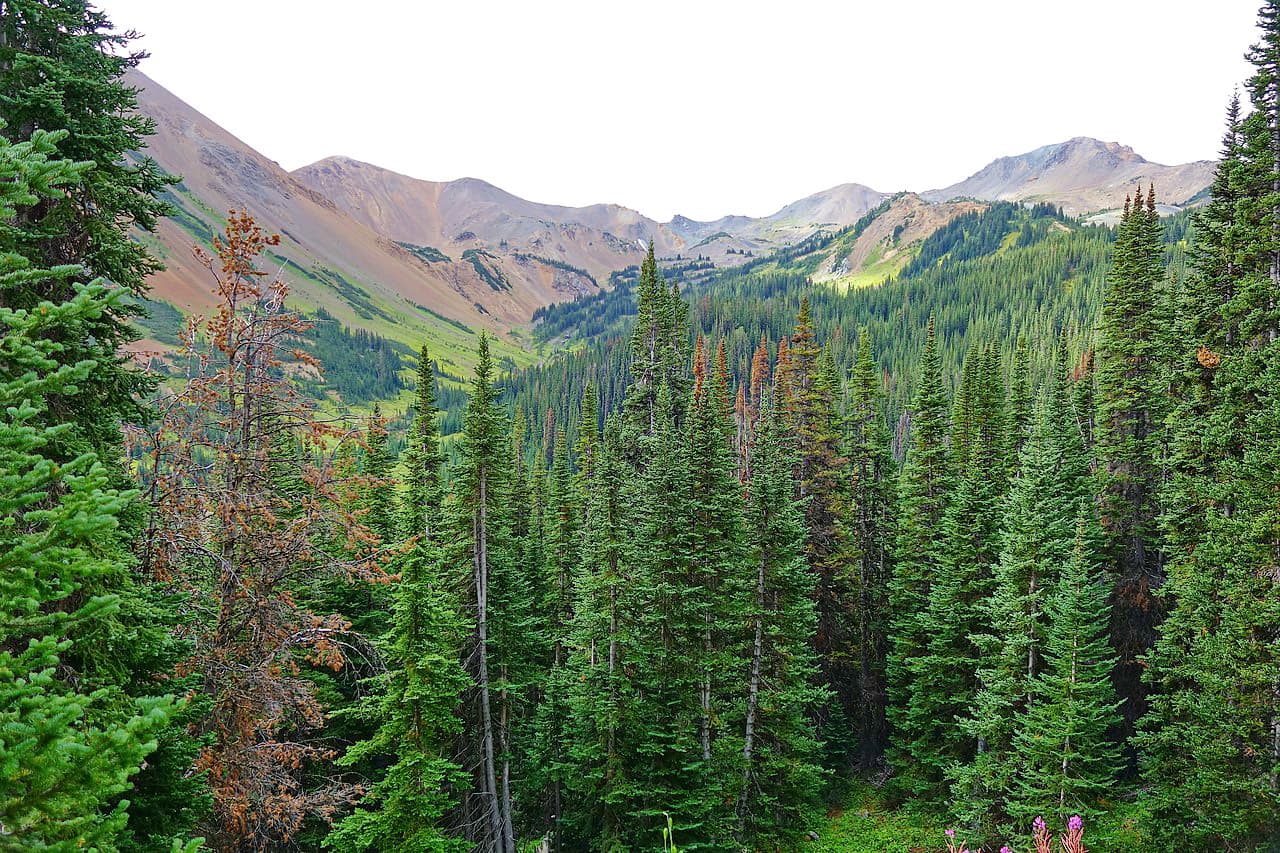 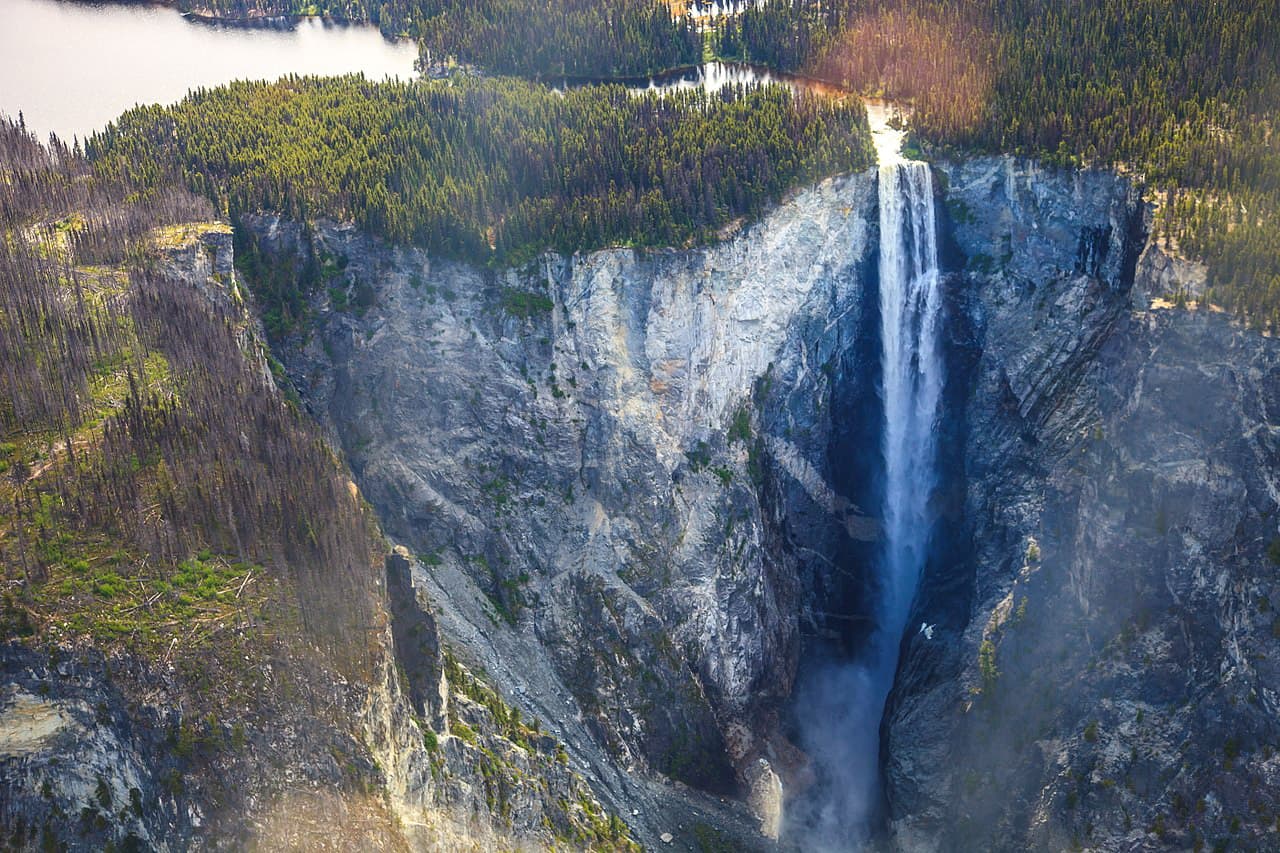 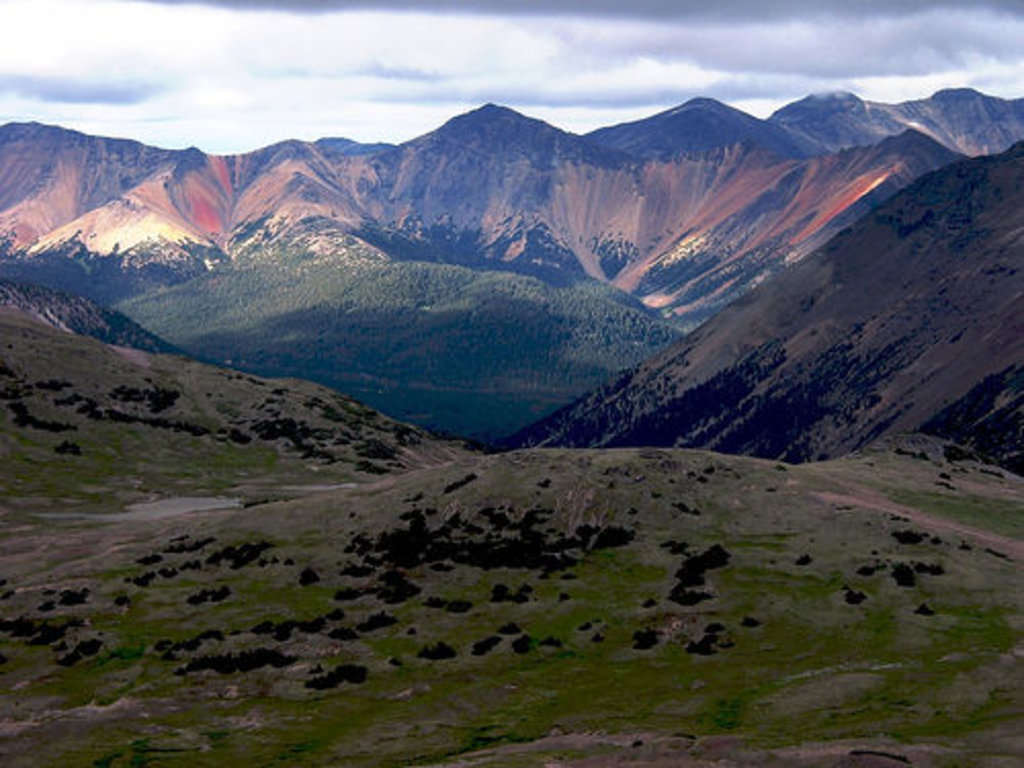 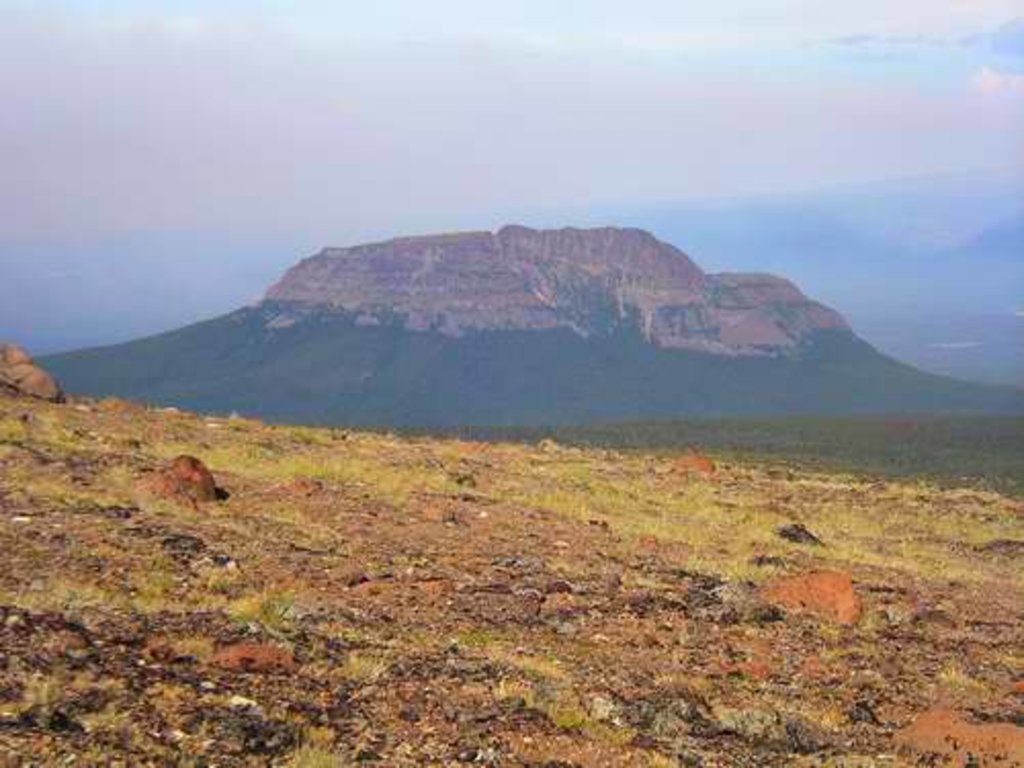