Located in west-central British Columbia, Canada, the Hazelton Mountains are a collection of mountains with four main subranges and 102 named peaks. The tallest peak in the Hazelton Mountains is Weeskinisht Peak of the Seven Sisters massif, with an elevation of 2,747 m (9,012 ft). Mount Priestly is the most prominent peak in the range with 1,951 m (6,417 ft) of prominence. 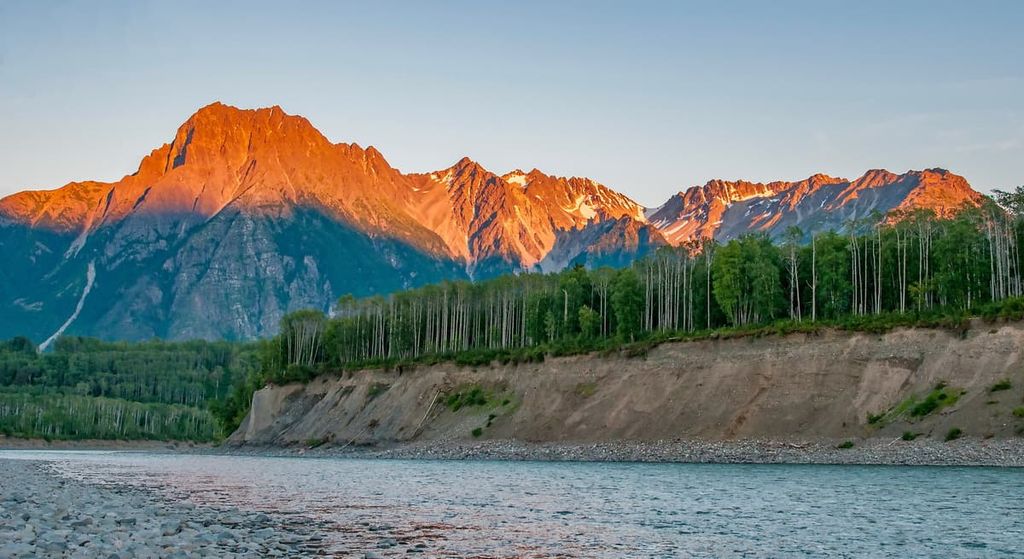 Located in west-central British Columbia, Canada, the Hazelton Mountains are one of the westernmost mountain systems of the Interior Ranges. The range is located in the Regional District of Kitimat-Stikine.

Highway 16 is the major highway that accesses most of the Hazleton Mountains. The major municipalities within the range are Terrace, Smithers, and Houston. Some of the major parks in the range are:

The Hazelton Mountains are geologically similar to the peaks of the Nechako and Fraser Plateaus of the Interior Mountains. Extrusive rocks are the dominant rock type in the range though there are small areas that have intrusive igneous rocks and folded layers of sedimentary rocks.

The Interior Mountains formed as part of the Sevier orogeny, which lasted from about 160 to 50 million years ago. During this time, North America was moving west and colliding with the tectonic plates under the Pacific Ocean.

First, as the oceanic plates subducted under the west coast of Canada, volcanic island arcs were accreted to the west coast, making the continent larger. With the continued force of the subduction, the force slowly compressed the west coast causing the Columbia, Interior, and Coast Mountains to uplift.

The major subranges of the Hazelton Mountains are the Kispiox, Nass, Bulkley, and the Tahtsa Ranges. The Kispiox Ranges are folded sedimentary and volcanic rocks with small igneous intrusions, rugged peaks and glacial cirques.

The Nass Ranges have serrated peaks around 2,130 m (7,000 ft) in elevation; however, the peaks below 1,830 m (6,000 ft) are significantly rounded by glaciers and there are many cirques that carved the mountains.

The Bulkley Ranges contain the tallest peaks in the area and they are mostly formed by a granitic core of rock. The ranges were glaciated during the Pleistocene and these glaciers created cirques and serrated peaks. Some of the glaciers still remain in the Howson Range, the Seven Sisters, and other peaks near the Skeena River.

The Hazelton Mountains have two distinct climatic areas affecting the ecology of the range. The west side of the range is part of the temperate rainforests; however, the east side lies in the rain shadow of the Coast Mountains.

The peaks of the range are typically barren and rocky, and where there is vegetation, it is typically meadows of sedge and heather along with stands of stunted trees. Mountain goats and bighorn sheep inhabit the alpine as do marmots and ground squirrels.

The valleys of the west side are filled with the coastal rainforests that are dominated my western hemlock, Douglas fir, amabilis fir, and western red cedar. On the east side of the Hazleton Mountains, the forests remain mostly the same as the subalpine; however, Engelman-white spruce hybrids have joined the sub-boreal forests.

There are many significant mammal species that live throughout the Hazelton Mountains, including grizzly bears, black bears, moose, caribou, elk, cougars, and coyotes. Golden eagles prefer their nests in south-facing areas where they can prey upon large alpine rodents, such as the hoary marmot and the Columbian ground squirrel.

Woodpeckers are found in the old-growth forests of the region. They prefer the richly infested standing-dead trees, while other birds such as the gray jay, red crossbill, white-winged crossbill, and the pine siskin prefer conifer forests.

The Hazelton Mountains are the traditional territory of the Wet’suwet’en, Gitxsan, and Nisga’a. The Gitxsan and the Nisga’a are both part of the Interior Tsimshian, who are related to the Tsimshian First Nations along the west coast.

The Indigenous cultures of the regions traditionally had an abundance of resources to subsist upon. Salmon was an important food resource for most of the Indigenous communities and nations along the west coast, and it was also spiritually revered.

Unfortunately, once the Europeans arrived in the region, there were decades of smallpox epidemics that ripped through the region’s Indigenous communities, killing an estimated 90% of the population.

European settlers and settlers of European descent came to the Hazelton Mountains in the nineteenth and twentieth centuries. The major employers of the regions were forestry, sawmills, pulp and paper mills, and the railway.

Forestry and mills are still an important employer for the region; however, there is a growing demand for tourist accommodation in the region as tourists search out new adventures to experience and fresh wilderness to explore.

The Hazelton Mountains have spectacular landscapes and views, incredible rivers and lakes, and abundant wildlife to view. The following are some of the major hiking and recreation areas in the Hazleton Mountains.

Named for the seven peaks adorning a giant massif, Seven Sisters Provincial Park has opportunities for canoeing, cycling, swimming, cross-country skiing, snowshoeing, wildlife viewing, and hiking. Weeskinisht Peak is the tallest peak of the Hazleton Mountains and is one of the seven sisters.

Some of the popular hiking trails include the Oliver Creek Trail, Watson Lakes Trail, Hell’s Bells Trail, Cedarvale Trail, and the Whiskey Creek Trail. The Oliver Creek Trail is a great trail for a multi-day trip, and it is also the access trail to the scrambles and hikes around the Seven Sisters.

The Nisga’a basalt flow is one of the youngest and most accessible lava flows in British Columbia. It was only about 250 years ago when the volcano last erupted, spilling lava down a creek bed to Lava Lake and down to the Nass River via the Tseax Valley.

There are guided volcano tours that take visitors along a 3 km (1.8 mi) trail through the forest to a viewpoint overlooking the crater. Some of the lava features to look for are the tree casts and lava tubes. There are also the different types of lava: pāhoehoe lava has a smooth surface or ropey in form, ʻaʻā lava is rough and jagged, while blocky lava is large chunks of lava.

There are several highways that pass through the valleys of the Hazelton Mountains and there are many small municipalities in the region. The following are some of the larger towns in the Hazleton Mountains.

Terrace is located on the west side of the Hazleton Mountains, and it is the primary community within the Regional District of Kitimat-Stikine. Terrace is located at the junction of Highway 16 and Highway 37 and it is home to the Northwest Regional Airport as well as a railway station serviced by Via Rail’s passenger trains.

Fishing, hiking, mountain biking, climbing, and hunting are among the many activities to enjoy in and around Terrace. In fact, locals often spend the autumn searching for wild mushrooms and picking berries throughout the summer.

Some of the most popular hikes around Terrace are Ferry Island, Gunsight Lake, Terrace Mountain, Sleeping Beauty Trail, and Wesach Falls. If you’d like to bag a peak while you’re in town, you should give Wesach Mountain a try; however, it is a long and grueling trail.

Located on the east side of the Hazleton Mountains along Highway 16, Smithers has a population of over 5,000 people and is the major service hub for the Bulkley Valley. The town has bylaws that insist the downtown building be built in an alpine style and the Smithereens, the residents, are known for their enthusiasm for protecting their beautiful wilderness areas.

Some of the top local hikes around Smithers are the Crater Lake Trail, Malkow Lookout, the Silvern Lake Trail, and the Call Lake Trail. Several of the mountain trails are the Harvey Mountain Trail and the trail to Hudson Mountain.

Located on the Pacific Ocean, Prince Rupert is west of the Hazleton Mountains, on the other side of the Kitimat Ranges. Prince Rupert is the transportation hub of British Columbia’s north coast, and the city is surrounded by beautiful wilderness areas.

Prince Rupert is a stop for cruise ships that are sailing the Inside Passage from Vancouver to Alaska, and it is also the starting point for some fantastic wildlife tours. Tours can be arranged to visit Khutzeymateen Grizzly Bear Sanctuary which has the densest population of grizzly bears in North America. There are other tours that highlight whale watching, the salmon run, eagles, and more grizzly bears. 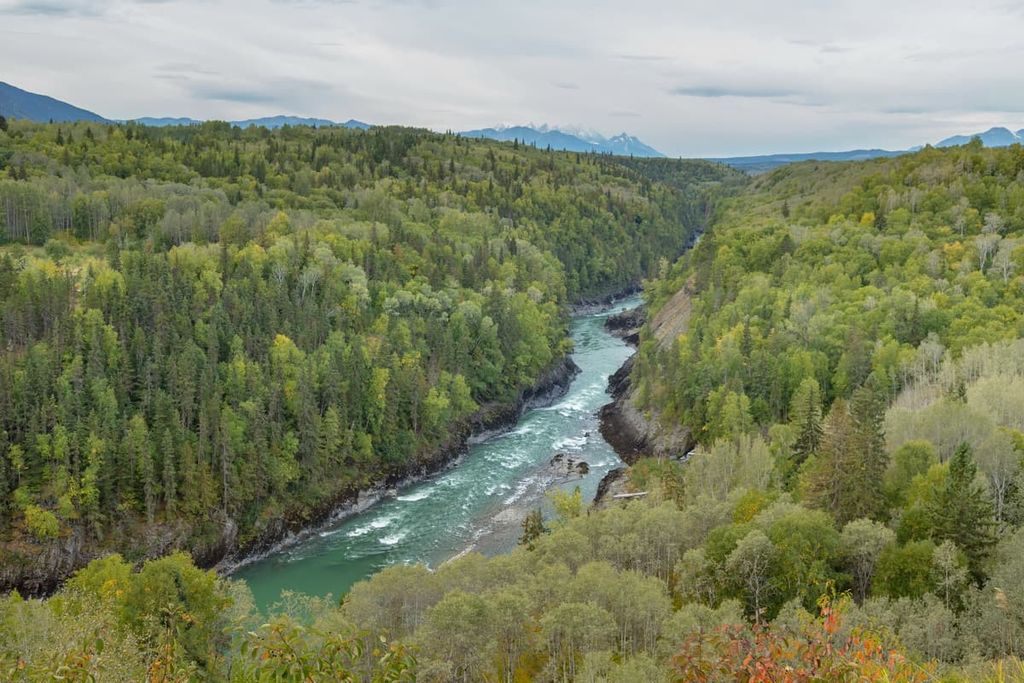 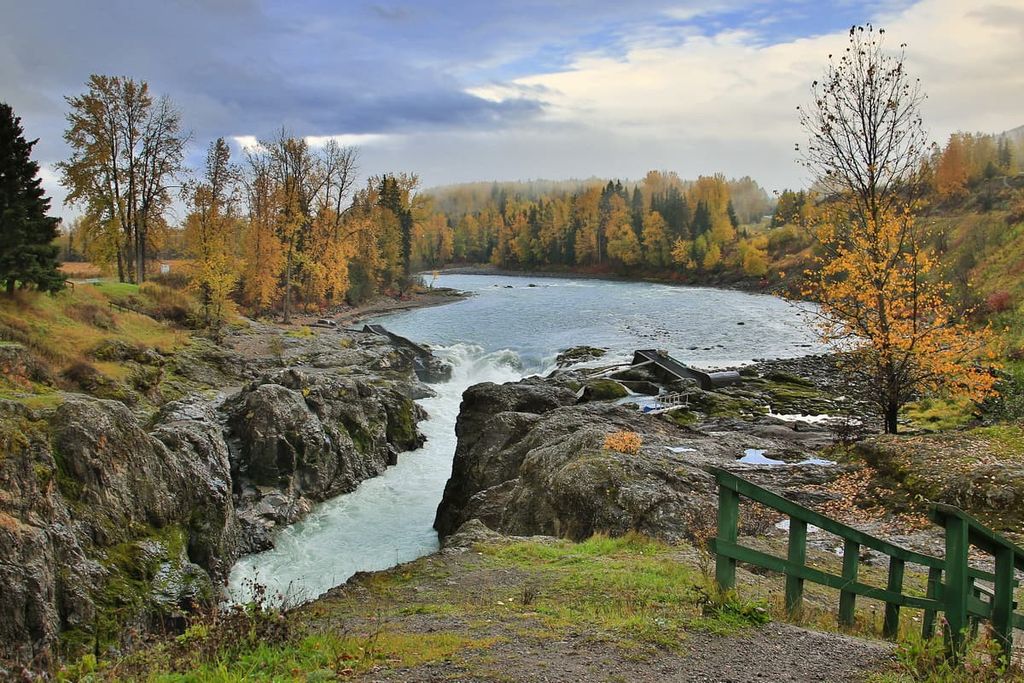 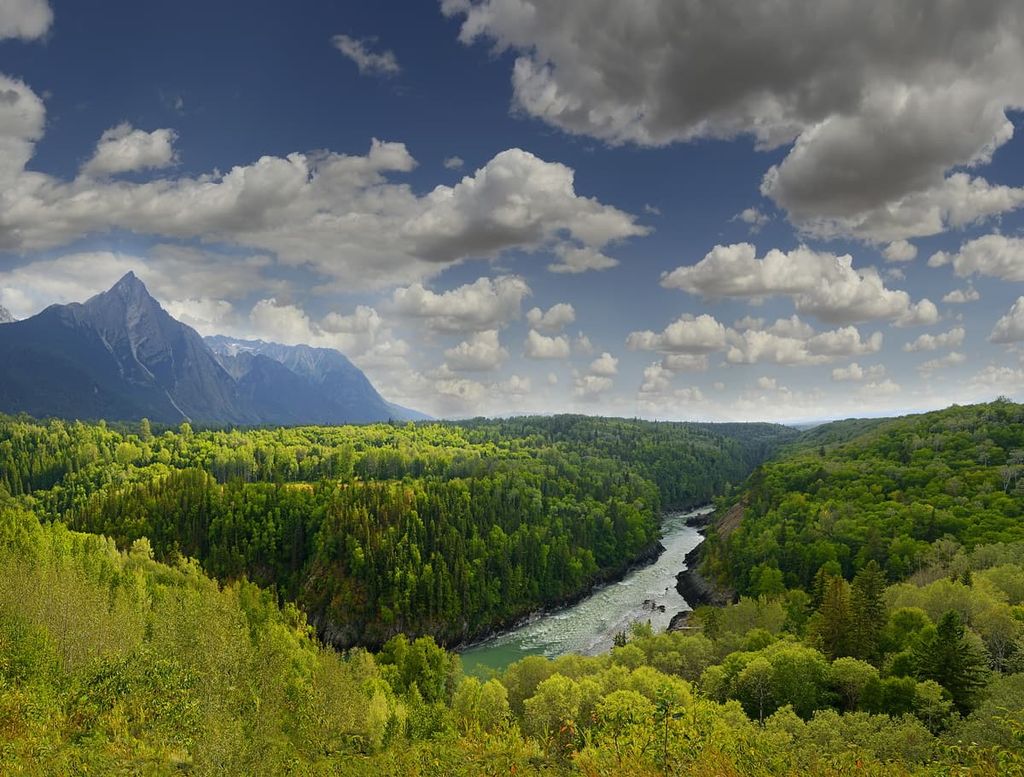 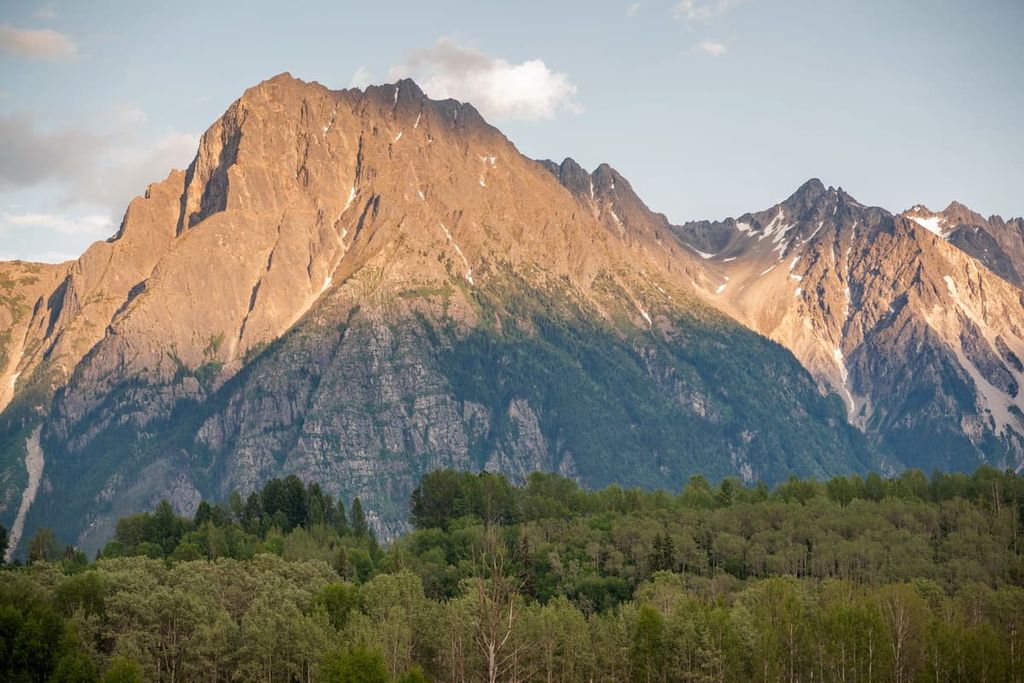 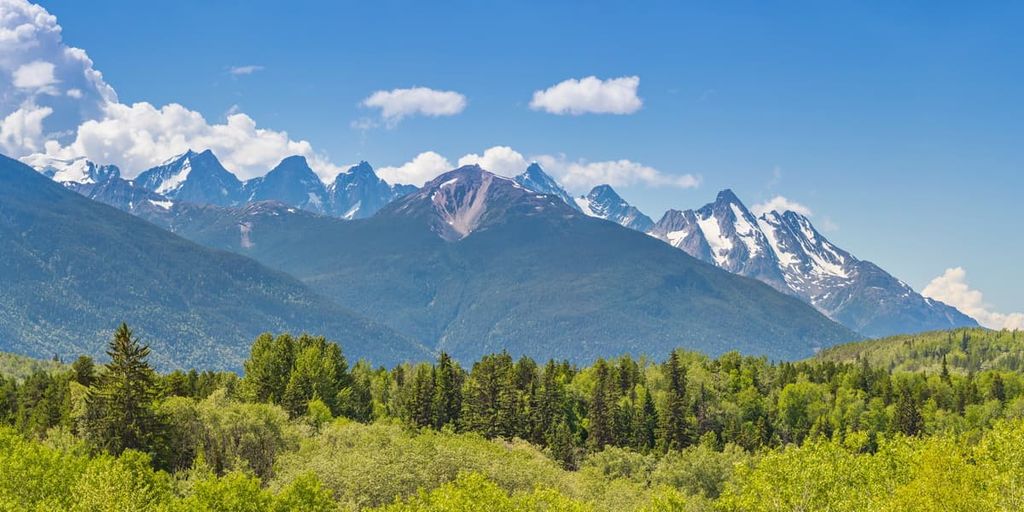 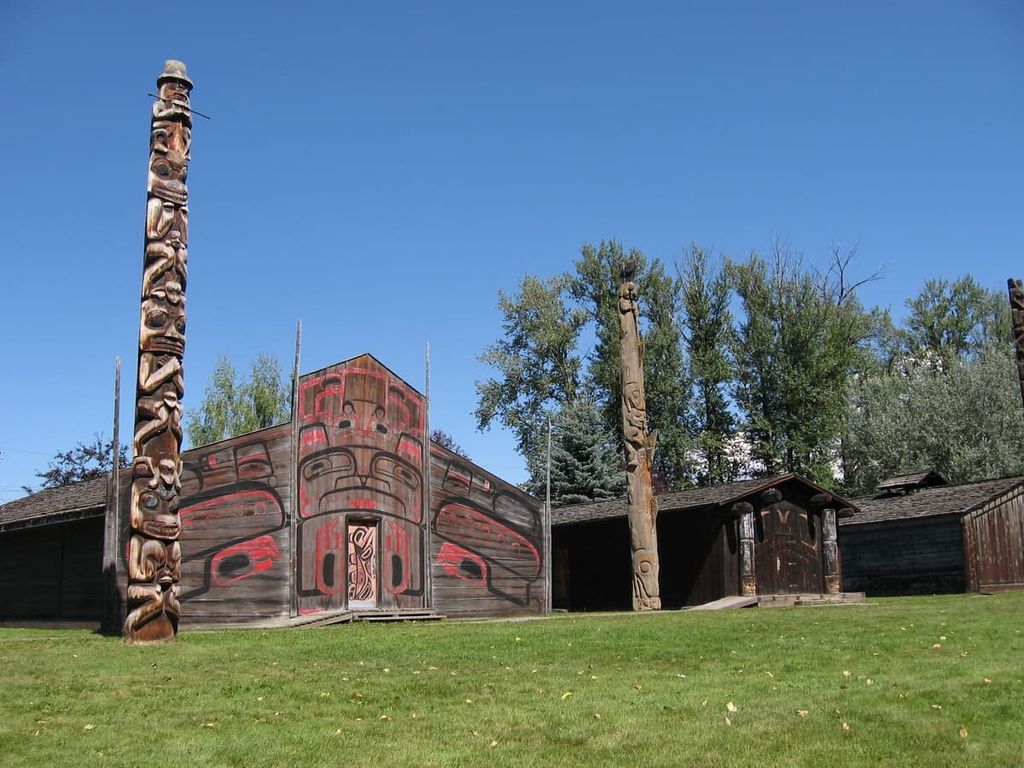