Boasting craggy peaks, rich cultural history, and the twisting turns of the Snake River, the Hells Canyon National Recreation Area is a federally protected place that straddles the border between the US states of Oregon, Idaho, and Washington. Hells Canyon contains 61 named mountains, the highest and most prominent of which is She Devil (9,406ft/2,867m). 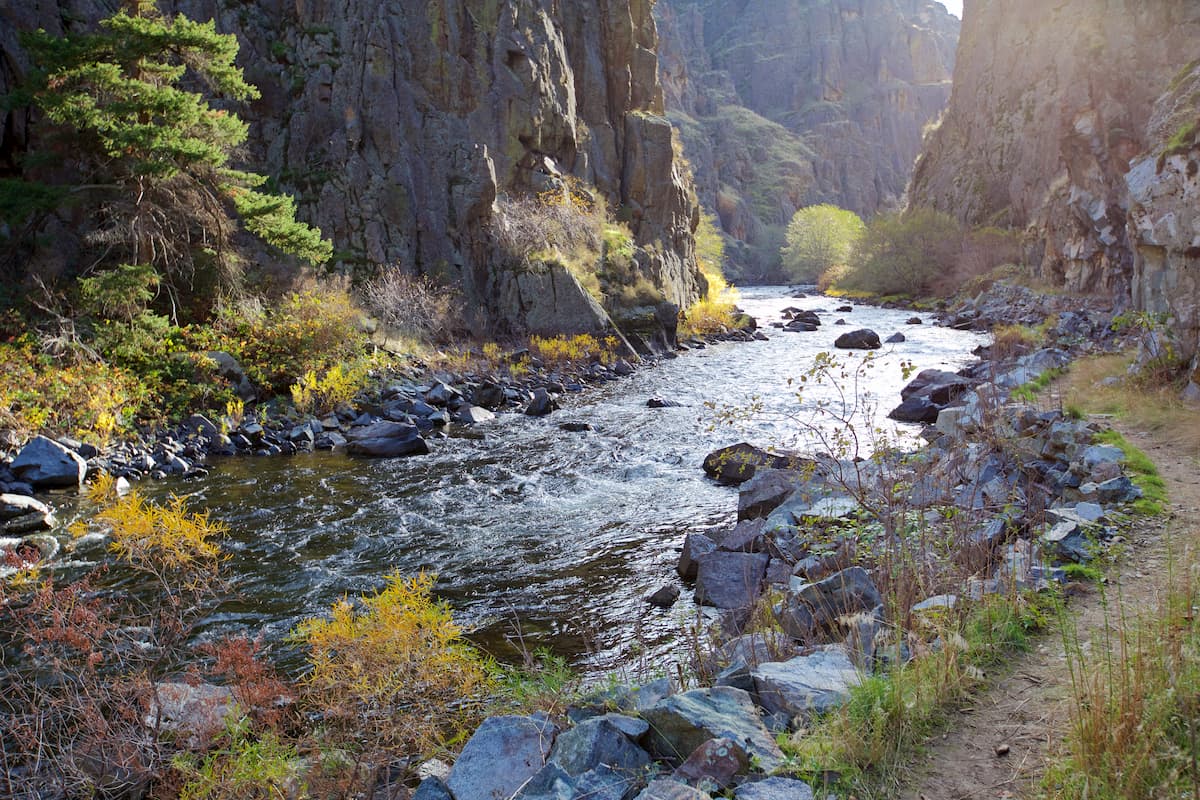 The Hells Canyon National Recreation Area is located along the border of eastern Oregon, southeastern Washington, and western Idaho. Located within Wallowa, Adams, Idaho, and Baker counties, the recreation area contains some 1,019.5 square miles (2,640.5 sq. km) of land in the region.

It is officially managed by the US Forest Service and is a part of the nearby Wallowa-Whitman National Forest, which is mostly in Oregon, though it extends partially into Idaho.

Hells Canyon is located within a heavily mountainous section of the region, much of which is federally owned or managed. To the northwest, the recreation area is bordered by Umatilla National Forest and the Wenaha-Tucannon Wilderness. Meanwhile, to the southwest, Hells Canyon is bordered by the rest of the Wallowa-Whitman National Forest and the Eagle Cap Wilderness.

Hells Canyon National Recreation Area was created to protect Hells Canyon, a 10-mile (16km) wide area along the Snake River. At 7,993 feet (2,436m) deep, it is among the deepest river gorges on the continent and is deeper than even the Grand Canyon of the Colorado.

The rocks in the canyon mostly formed as a result of volcanic activity during the Permian and Triassic, though it was later overlaid by basalt flows, alluvial deposits, lava flows, and sediments from an ancient ocean floor.

As a result of regional tectonic activity, the area that would later become Hells Canyon experienced a substantial amount of uplift. This formed the Seven Devils Mountains as well as the peaks in the nearby Eagle Cap Wilderness.

Interestingly, Hells Canyon itself did not form until relatively recently on the geological time scale. With the uplifting of the Teton Range in Wyoming some 9 million years ago, the Snake River (which originates far to the east near Yellowstone National Park) began to carve out its course, and create some smaller canyons, such as the Snake River Canyon near Jackson, Wyoming.

Some 15,000 years ago, with the catastrophic flooding of Lake Bonneville in Utah, the Snake River overflowed its banks and substantially widened the area around what is now Hells Canyon. Over the years, the Snake River, which eventually empties into the Columbia River, carved out the deep canyon that exists to this day at Hells Canyon.

Meanwhile, the peaks within Hells Canyon are mostly part of the Seven Devils Mountains, which is a range of 64 named peaks that extends for about 50 miles (80.5km) along the Idaho/Oregon border. Just west of the recreation area are the Wallowa Mountains, which cover most of northeastern Oregon and the Wallowa-Whitman National Forest.

The range, and the many of the peaks to the west of the Hells Canyon National Recreation Area, is part of the Columbia Plateau, which is a large flood basalt plateau in Idaho, Oregon, and Washington. It is geologically distinct from the Idaho-Bitterroot Rocky Mountains to the east and from the Cascade Range to the west.

Major peaks within Hells Canyon National Recreation Area include She Devil, He Devil, Devils Throne, The Ogre, the Tower of Babel, and Twin Imps.

The Hells Canyon National Recreation Area contains a diversity of different ecosystems. Along the river, vegetation is mostly sagebrush and bunchgrass, with some patches of deciduous trees, prickly pear cactus, and poison ivy along the Snake River’s many tributaries. At slightly higher elevations, the region has substantial patches of coniferous forests, including western larch, Engelmann spruce, Douglas fir, and ponderosa pine.

As far as wildlife goes, the area is home to a number of large and medium-sized mammals, including bighorn sheep, mountain goats, deer, elk, cougar, moose, grizzly bears, wolves, wolverines, and black bears. Bird species include chukar, peregrine falcons, golden eagles, and bald eagles, among others.

The land in and around Hells Canyon National Recreation Area has been home to humans for thousands of years.

The Nez Perce (Nimiipuu) and their ancestors were among the earliest inhabitants of the land, though many other groups, including the Shoshone-Bannock, Northern Paiute, Cayuse, Umatilla, and Walla Walla also lived and traveled through the area. Indeed, the region contains a substantial number of archeological areas, pictographs, and petroglyphs which date back thousands of years.

When the Lewis and Clark Expedition traveled along the Salmon River, they eventually reached Hells Canyon in 1806, though they did not continue onward to the deepest part of the canyon. Some 5 years later, the 1811 Wilson Price Hunt expedition was perhaps the first time that European-Americans attempted to travel through Hells Canyon in search of the Columbia River, though they turned back due to the region’s ruggedness.

During the 1860s, gold was discovered within the borders of the Hells Canyon National Recreation Area, which brought an influx of prospectors and miners to the region. Unfortunately, their efforts were not profitable and the mining attempts failed.

In the 1930s, hydropower damming along the Columbia River became important for the region. After the construction of dams on the Columbia, the Idaho Power Company was given permission to create three dams that now exist along the Snake River in Hells Canyon.

These three dams have remained controversial due to their blocking of salmon and other fish migration, particularly upstream of the Hells Canyon Dam. Although two other dams were proposed during the 1950s, the 1968 Wild and Scenic Rivers Act and, later, the creation of the Hells Canyon National Recreation Area and the Hells Canyon Wilderness in 1975 stopped these projects from becoming reality.

Hells Canyon National Recreation Area is home to hundreds of miles of hiking trails and plenty of great white water paddling opportunities. Here are some of the best hiking areas to check out:

The 7.3 mile (11.7km) long Eureka Wagon Trail offers a comfortable descent into Hells Canyon on an old wagon road. Along the way, you get panoramic views of the Snake, Salmon, and Imnaha River, as well as an abundance of wildflowers in the spring and summer months.

The Summit Ridge Trail is 5.3 miles (8.5km) long and takes hikers up to a scenic ridge with views across the Snake River. It is just along the edge of the Hells Canyon Wilderness and provides nice vistas of the Seven Devils Mountains and the nearby Wallowa Mountains.

Offering great views of the entire Hells Canyon, the 5.6 mile (9km) Temperance Creek Trail is a lightly used hiking path featuring plenty of wildflowers. It is located completely within the Hells Canyon Wilderness and provides views as far south as Hat Point.

Following the boundary line of the rugged Hells Canyon Wilderness Area, the 7.2 mile (11.6km) McGraw Rim Hike is a great place to view dense fir forests as well as elk and mule deer. The trail also offers great views of the region and plenty of wildflowers in mid-summer.

Here are some of the best places to stay near Hells Canyon National Recreation Area:

The city of Boise Idaho is located to the southeast of the Hells Canyon National Recreation Area. It is the largest city in the state with about 228,000 residents and it is Idaho’s capital.

Boise is a great place to start if you’re also keen to check out other major hiking areas in the region. It is a cultural and commercial center of central Idaho and is home to the largest airport in the state.

Grangeville is situated just to the northeast of Hells Canyon. It has a population of about 3,100 people, which makes it the largest city in Idaho County.

The city is a popular destination for whitewater rafters, due to its proximity to the Clearwater, Salmon, and Snake Rivers. Grangeville is also a great outdoor recreation destination thanks to its location near the Nez Perce National Forest and the Gospel Hump Wilderness.

Grangeville is located along US Highway 95, which offers good connections to Boise, some 4 hours to the south.

Walla Walla is located to the northwest of Hells Canyon, just across the state border in Washington. With a population of around 32,000 people, it is one of the largest cities near Hells Canyon.

The city is home to a number of different educational institutions, including Whitman College and Walla Walla University. It has a small regional airport with good connections to Seattle. Additionally, Walla Walla is within driving distance of both Seattle and Oregon, which both have major international airports. 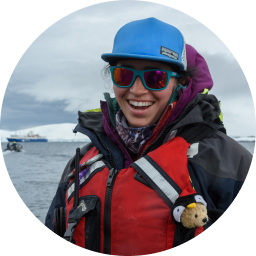 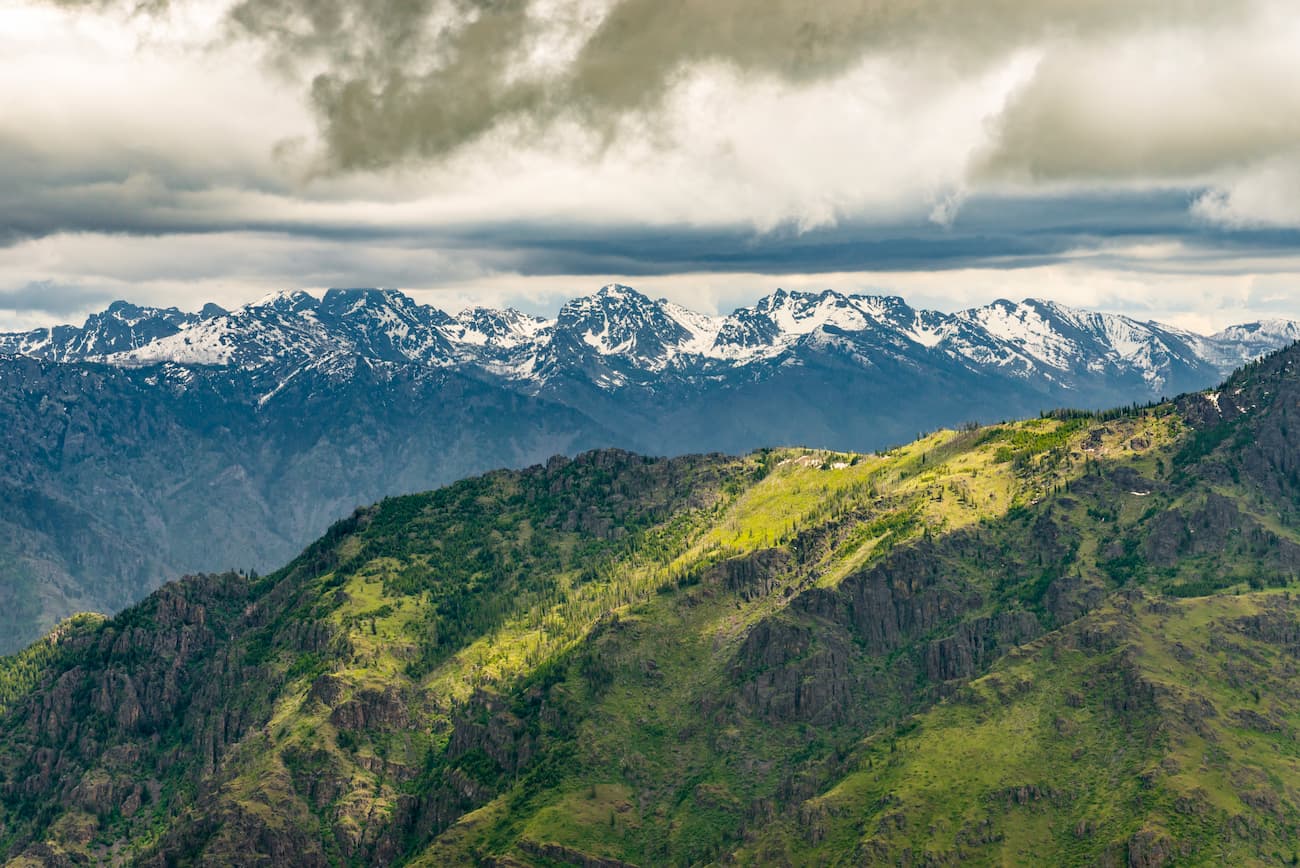 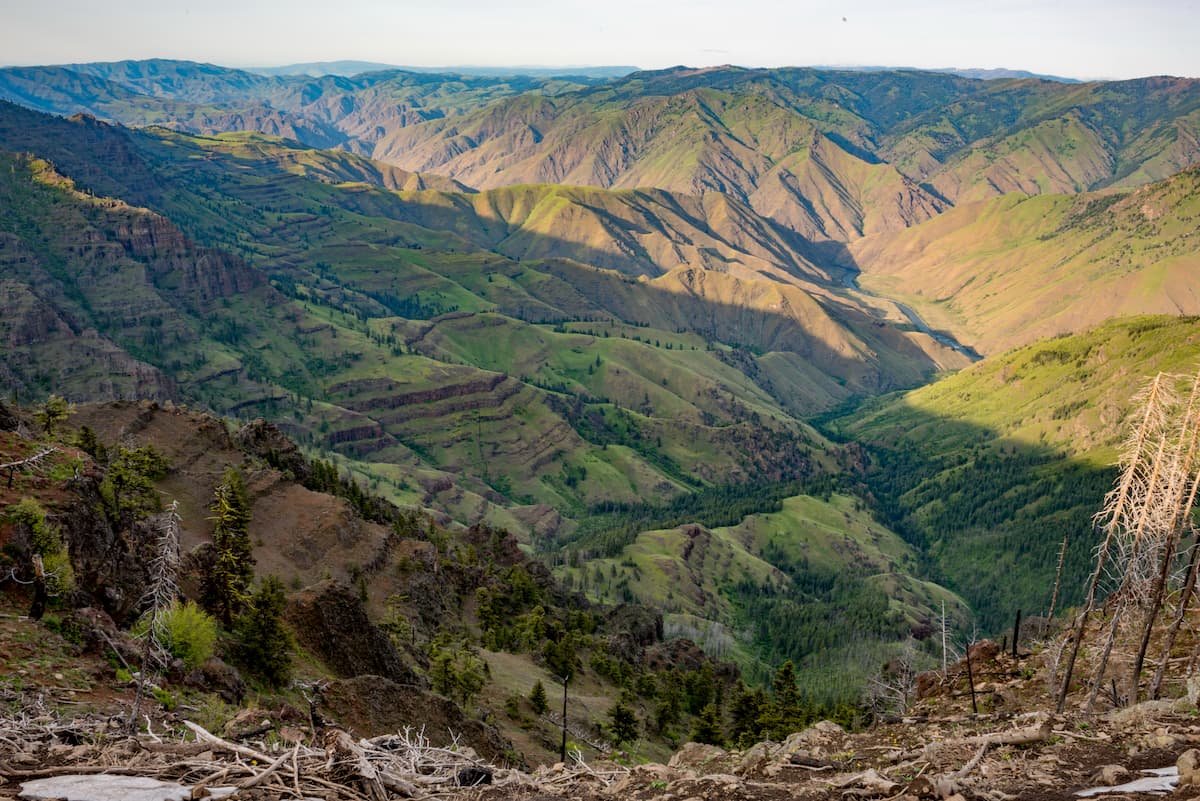 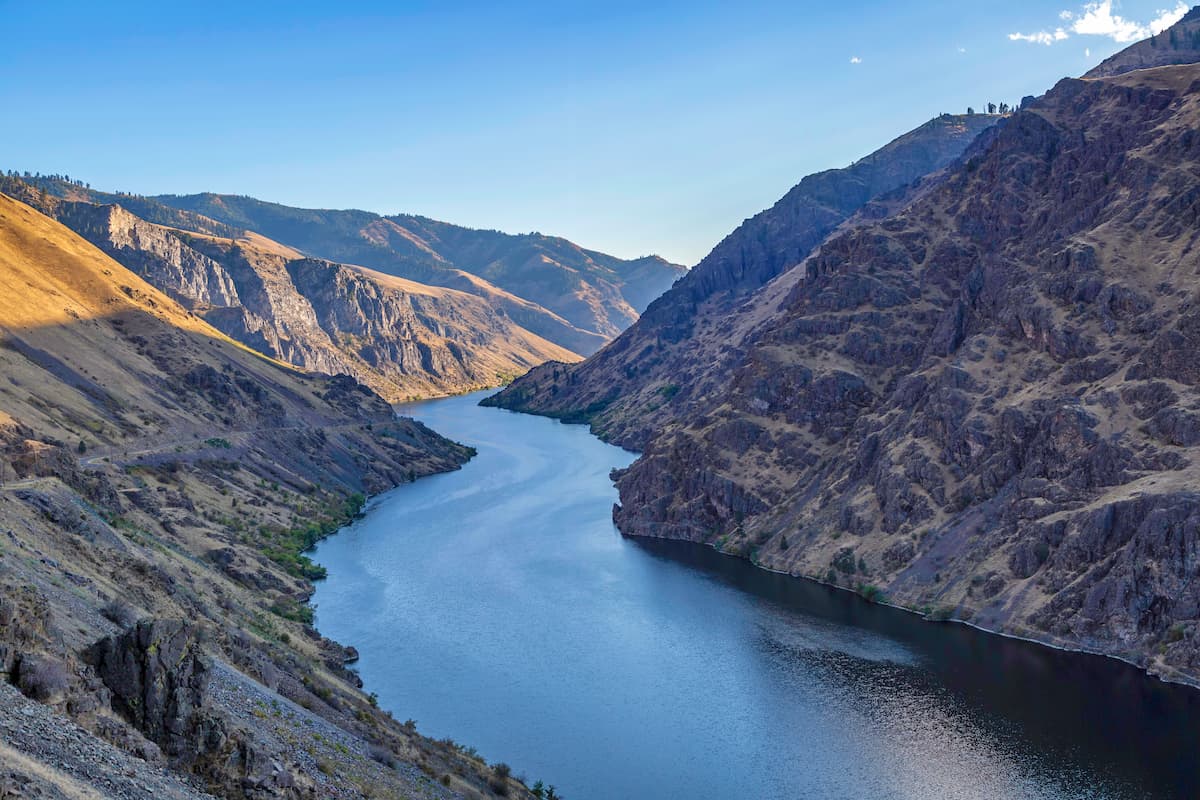 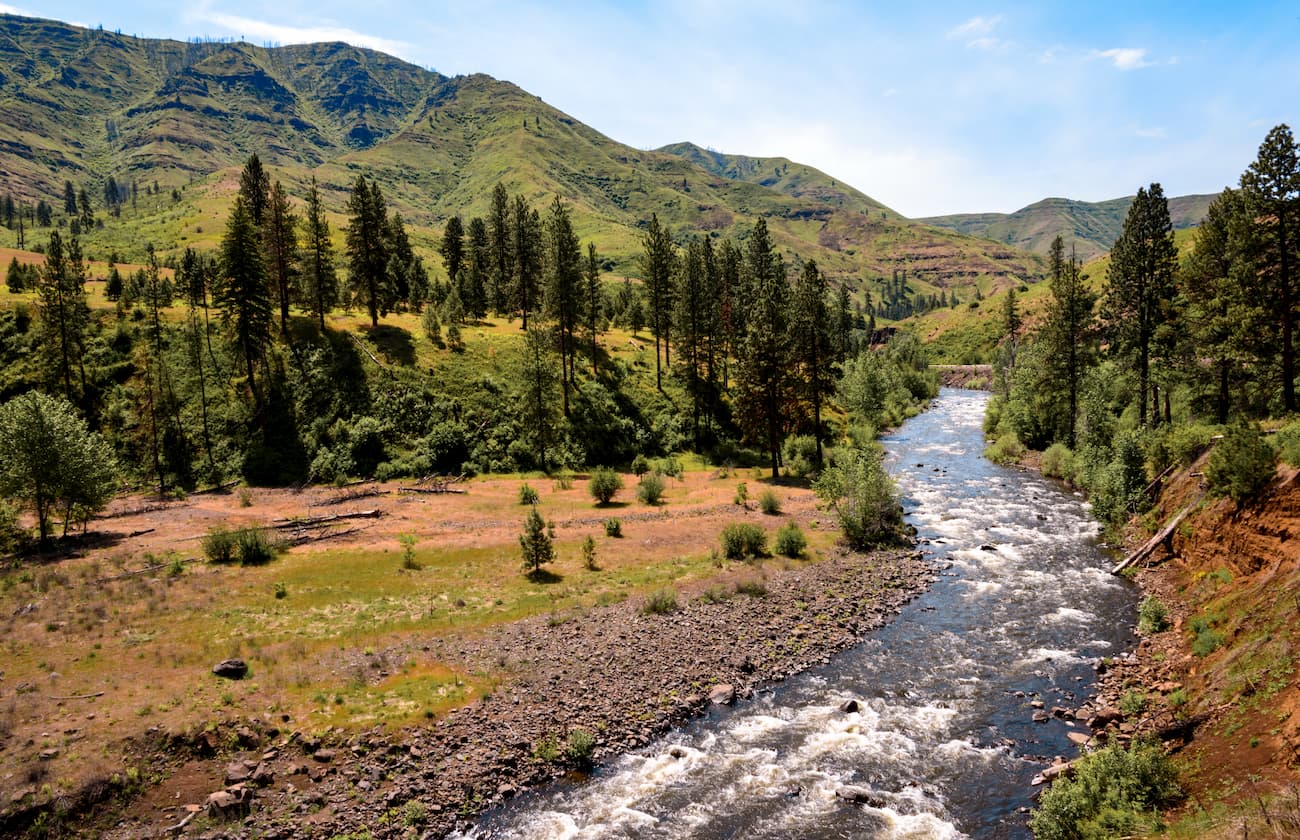 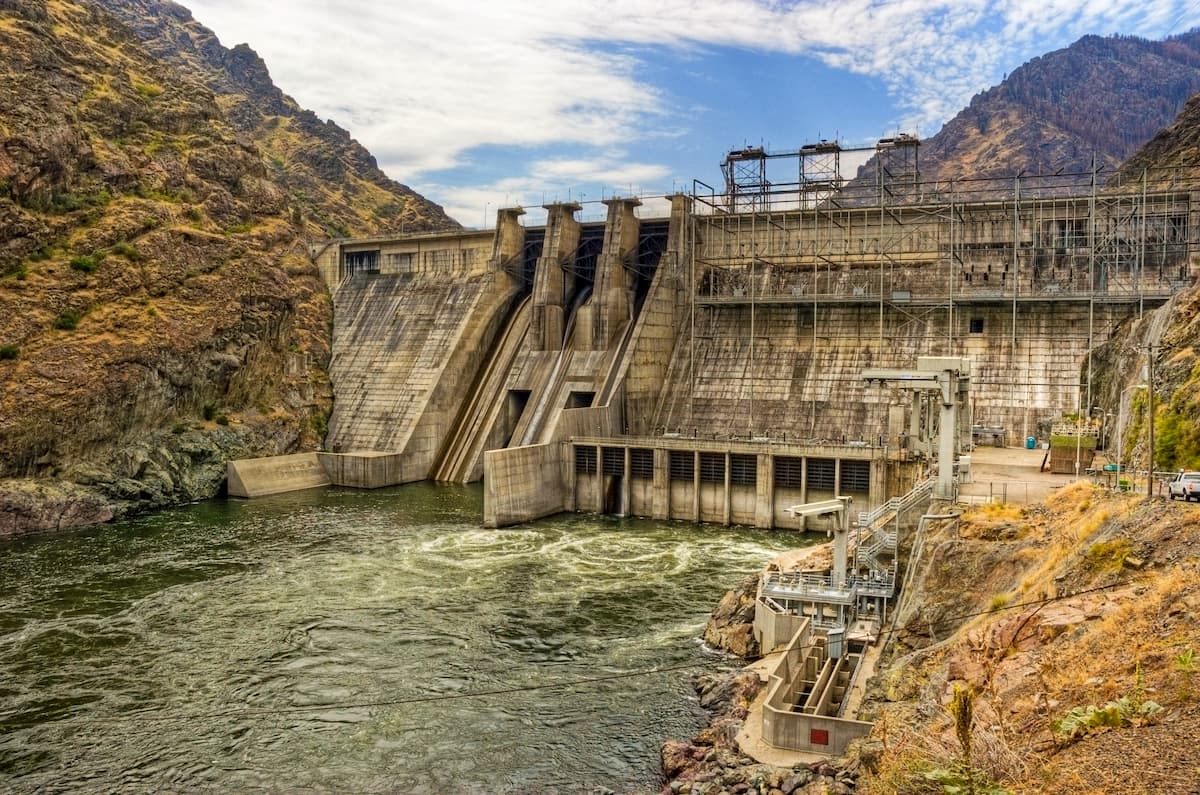 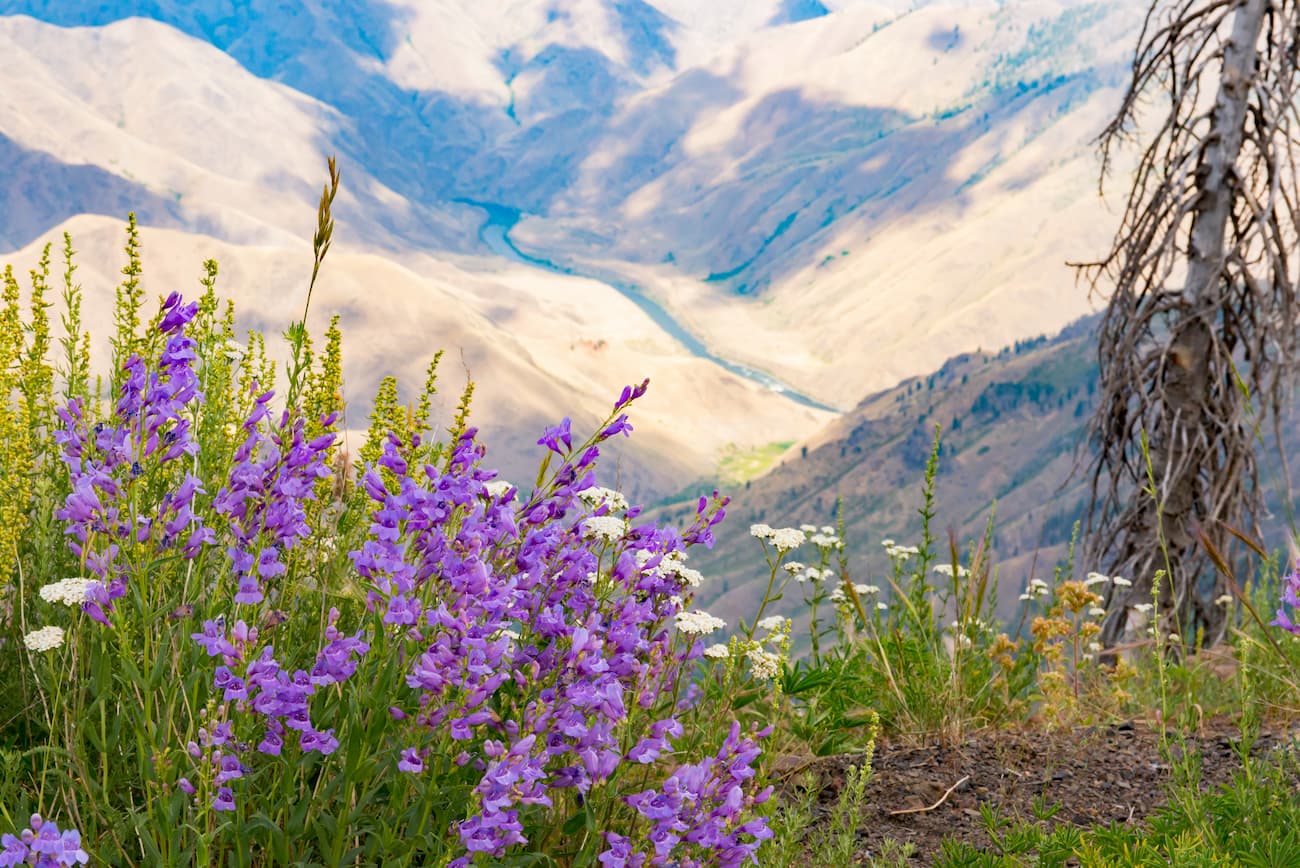