Tucked within 212-927-acre Hells Canyon Wilderness, the Seven Devils Mountains rise above the Snake River, stretching along the Idaho/Oregon border. The range, which extends for approximately 50 miles, is one of Idaho’s most rugged mountain ranges. The Seven Devils Mountains are bordered by the Snake River to the west and the Salmon and Little Salmon rivers to the east.

The Seven Devils Mountains contain 64 named peaks. Elevations range from 1,000 feet at the Snake River to over 9,400 feet at the summit of He Devil, the highest point in the range. The tallest and most rugged peaks in the range are located at the heart of the range. He Devil, which is one of just three Idaho peaks with over 5,000 feet of prominence, sits beside She Devil, another ultra-prominent in the Seven Devils Mountains. Though neither of these summits have been officially triangulated, it is widely believed that He Devil and She Devil are nearly identical in elevation. Also tucked in the core of the Seven Devils Mountains are unconventionally named peaks like The Ogre, Tower of Babel, The Goblin, Devils Throne, and Devils Tooth.

Two Lakes under "He Devil" from The Seven Devils Mountain Range

Sensing a trend? Don’t be spooked by the naming conventions of these impressive Idaho peaks. Legend has it, the eerie names of these peaks originate from Nez Perce mythology. As the story goes, the Seven Devils were once seven giant, child-eating monsters living in the Blue Mountains of eastern Oregon. The Nez Perce tribe leaders asked Coyote to help free the children from the tyranny of the seven giants. The Coyote’s friend Fox insisted that they first dig seven, deep holes and fill them with boiling liquid, to trap the giants. As the giants traveled east, they fell into the holes and were trapped. Coyote would then transform the giants into stone and opened a canyon at their feet to keep them from ever reaching the villages again.

The Seven Devils are home to a variety of wildlife, including Bighorn Sheep, Mountain Goat, Mule, Deer, Elk, Black Bear, and Cougar. This stunning, isolated set of summits also contains a number of sub-alpine meadows, pine forests, and over 50 lakes. Camping is allowed just about anywhere you can pitch a tent in the Seven Devils Mountains, though the best sites generally require a little extra effort. For those looking to avoid an arduous climb, there are also a few designated, albeit primitive, campgrounds scattered throughout the area.

The dramatic elevation differentials and rugged terrain found in the Seven Devils Mountains make this a particularly popular destination for long-distance hikers and experienced climbers. The Seven Devils Mountains aren’t exactly the most accessible mountains in the state, either. Though these craggy summits are reachable via Highway 95, visitors will have to hop on a gravel road that climbs over 5,000 feet in just 17 miles. From there, enthusiastic hikers can opt to hit the trail to one of the area’s many scenic overlooks, waterfalls, or infamous summits.

Heaven’s Gate is arguably the most popular destination in the Seven Devils Mountains. The lookout, which sits at over 8,000 feet offers visitors unobstructed views of the most iconic Seven Devils Mountains, Hells Canyon, and four states – Oregon, Idaho, Washington, and Montana. The original log cabin, built in 1924, was destroyed in a fire in 1958, but twenty years later, a new version of the charming abode was constructed to host adventurous visitors willing to make the trip to the remote reaches of Idaho.

Not quite sure which Seven Devils summit you want to explore? The 26.7-mile Seven Devils loop trail is the perfect option for anyone looking to immerse themselves in the stunning scenery of Hells Canyon Wilderness. This rugged footpath circumnavigates the Seven Devils Mountains, highlighting some of the most impressive peaks, lakes, and scenery that lie between the Salmon River and Hells Canyon.

Dry Diggins is another lookout that is remarkably well-preserved. Offering a unique glimpse into the lives of backcountry rangers, Dry Diggins houses the remnants of 25-year-old Forest Service artifacts. The trail itself also offers panoramic views of surrounding summits, including the renowned He Devil, She Devil, and Devil’s Tooth.

All roads lead back to Riggins, literally. Most visitors to the Seven Devils Mountains will opt to pitch a tent and spend a few days in the backcountry. However, if you need to replenish your food supply or prefer cozier accommodations, Riggins has you covered. That being said, it’s worth noting that Riggins is a tiny town nestled deep in a canyon at the confluence of the Salmon River and the Little Salmon River. Though it’s the closest city to the remote Seven Devils Mountains (approximately a 45 min drive), it’s more than 100 miles from the next major city. 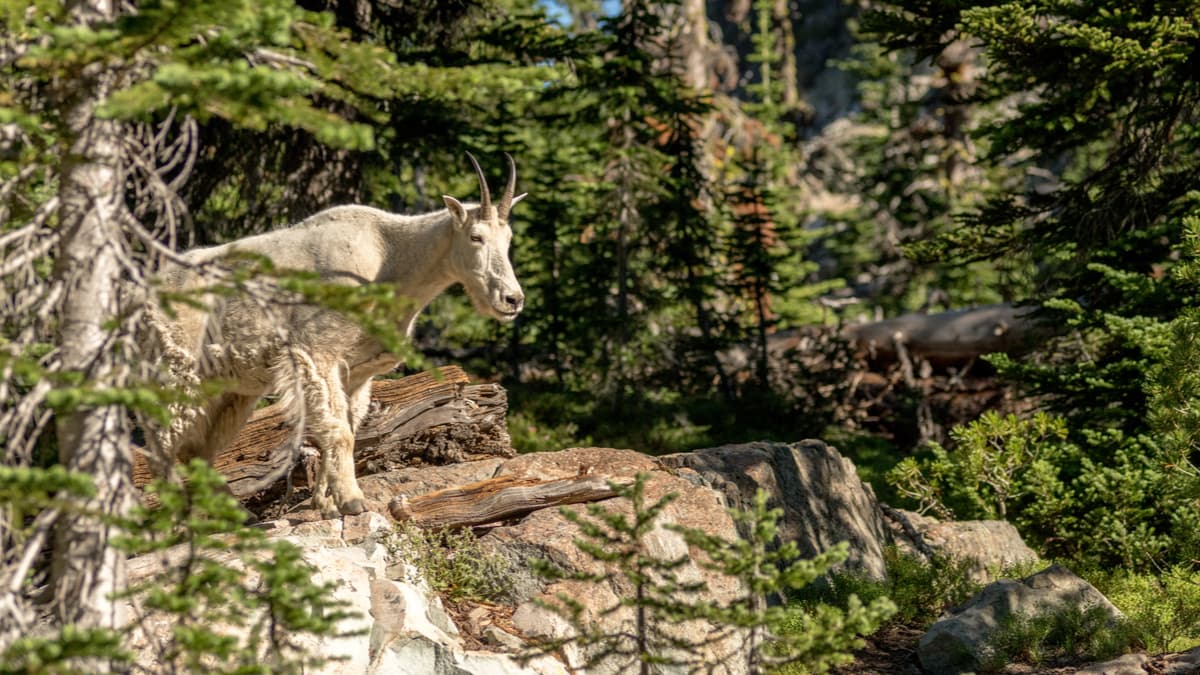 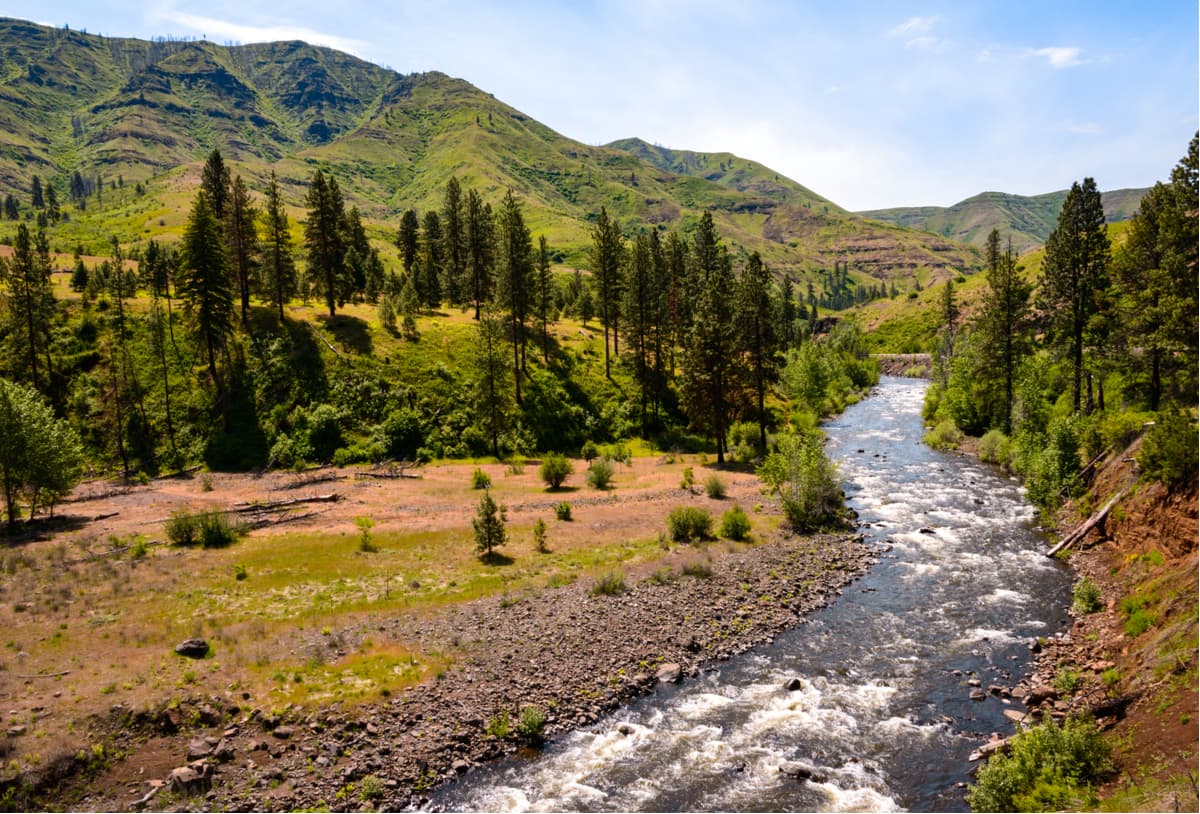 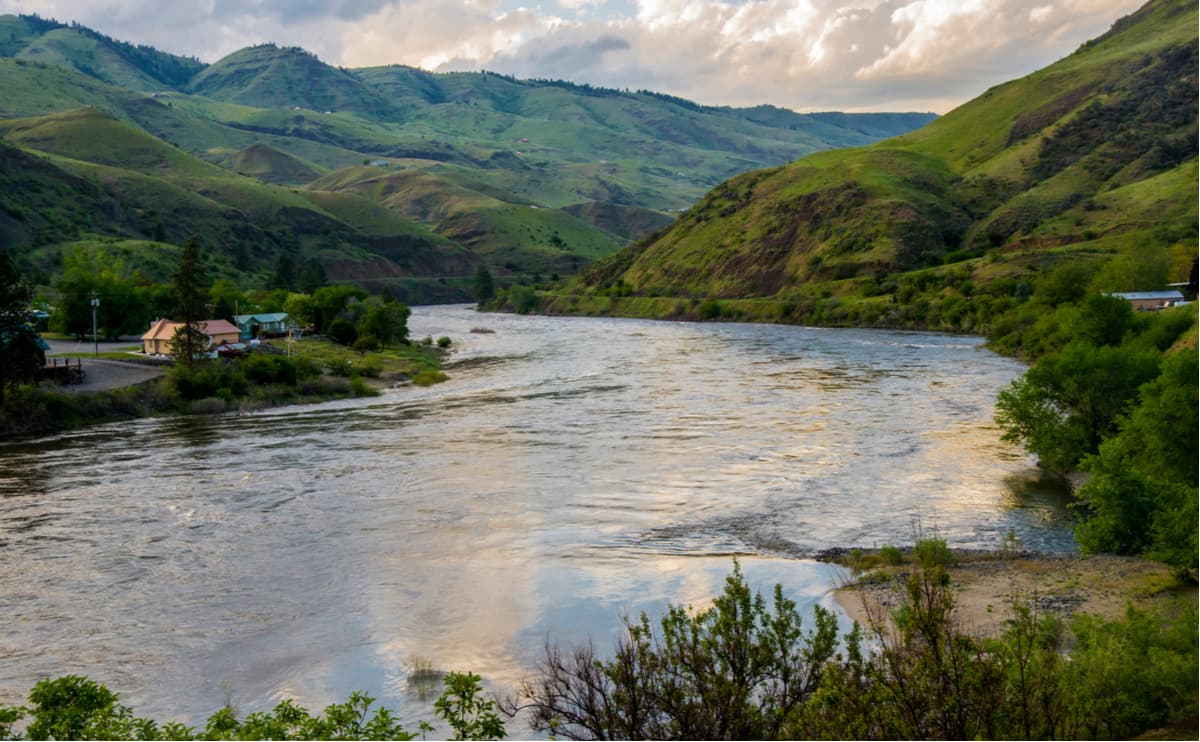 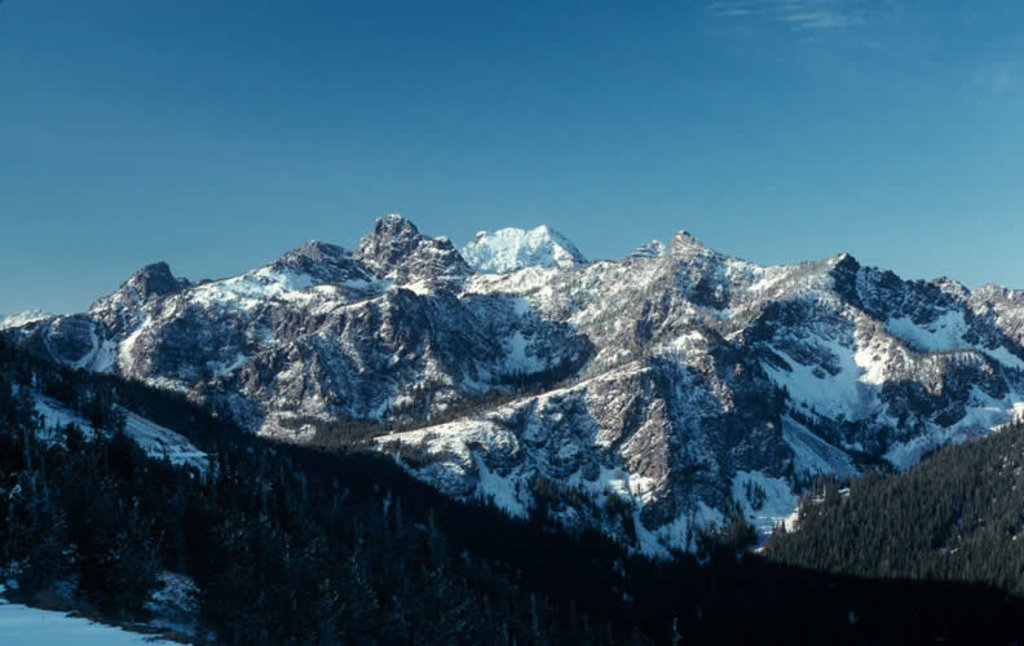