Known for its craggy peaks, rocky beaches, and massive glaciers, South Central Alaska is a vast section of the US state of Alaska. It contains 815 named mountains, the highest and most prominent of which is Mount Blackburn (16,391ft/4,996m). 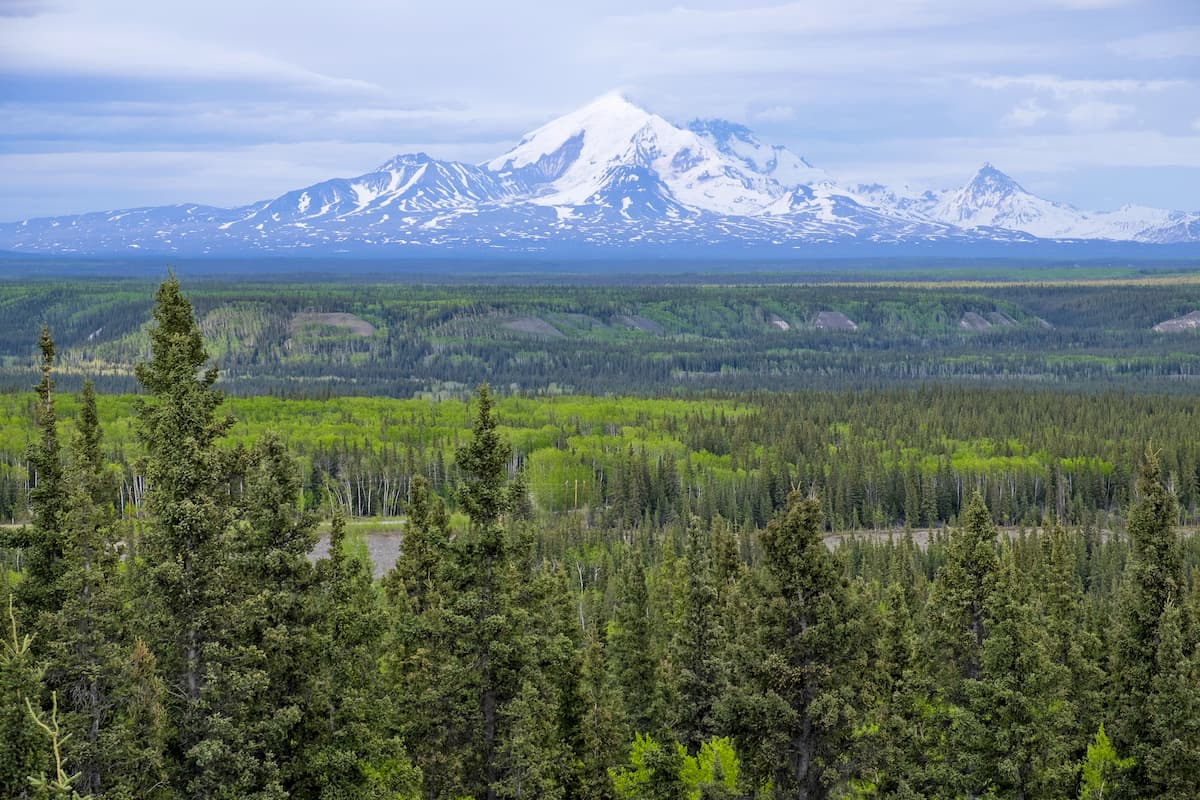 As the name suggests, South Central Alaska comprises the south central part of the state of Alaska. This includes land to the north of the Southeast Alaska Panhandle and to the west of the state’s border with the Canadian territory of the Yukon.

South Central Alaska includes the Matanuska-Susitna Borough, much of the Kenai Peninsula Borough, and the Municipality of Anchorage as well as parts of the Unorganized Borough. The region contains half of Alaska’s population and Anchorage, the state’s largest city.

The geology of Alaska is fairly complex as much of the state is a mix of different terranes. Terranes are essentially fragments of the Earth’s crust that are distinct in structure and history from other nearby pieces of crust.

In fact, much of Alaska’s bedrock is young, by geologic standards, though the oldest rocks in the state date back about 1-2 billion years. The majority of the bedrock in the state and in South Central Alaska is highly metamorphosed, though the region has a volcanic history, which is evidenced by its abundance of igneous plutons.

South Central Alaska contains a number of mountain ranges, including the Saint Elias Mountains and the Chugach Mountains. These ranges, like much of the South Central part of the state are heavily glaciated.

Moreover, South Central Alaska’s Kenai Fjords National Park and Kenai National Wildlife Refuge are home to the Harding Icefield, which is over 700 square miles (1,812.9 sq. km) in area - a little more than half the size of the state of Rhode Island.

The icefield is a remnant from the last major glaciation during the Pleistocene, where much of Alaska, Canada, and the rest of the northern United States were covered with a substantial amount of ice. During this time, the ice sheet eroded away at the landscape, creating many of the geological features we see today, particularly within South Central Alaska.

South Central Alaska is home to a diversity of landscapes, including dense temperate rainforests, rocky beaches, and vast glaciers.

Below treeline, particularly on the Kenai Peninsula and the other coastal areas within the region, forests of Sitka spruce, subalpine fir, and mountain hemlock abound. These areas are also home to an array of wildlife, including black bears, brown bears, mountain goats, dall sheep, moose, wolverines, and wolves. The streams and rivers in South Central Alaska are also critical salmon habitat.

The coastal regions of South Central Alaska border the Prince William Sound, the Cook Inlet, and the rest of the Gulf of Alaska. Within these waters, marine mammals, such as orcas, humpback whales, harbor seals, sea otters, and Steller's sea lions are often spotted, as are bald eagles in search of food.

In the alpine zone, wildflowers, particularly fireweed (Chamaenerion angustifolium), arctic lupine (Lupinus arcticus), and columbine (Aquilegia) are abundant in midsummer. Much of the highest elevations of the region are covered in ice, though South Central Alaska’s glaciers are quickly retreating.

South Central Alaska, and Alaska as a whole have been home to humans for tens of thousands of years. The region known as “South Central Alaska” covers a large portion of the state and is the traditional homelands of a number of different groups, including the Alutiiq and Athabascans, among countless others.

By the 18th century, Russian sailors and hunters had made their way to Alaska, claiming substantial portions of it for their country, despite the fact that the region was already inhabited. Although much of Russian America focused on hunting activity in Southeast Alaska, Alexander Baranov from the Shelikhov-Golikov company did establish a fur trading post in Resurrection Bay near modern-day Seward in 1793.

South Central Alaska became important economically after the Alaska Purchase in 1867 transferred ownership of the region to the United States. This was particularly true after the discovery of gold in the Yukon, which brought thousands of miners to the state of Alaska in search of gold.

The region became even more important after the construction of the Alaska Railroad, which travels from Fairbanks to Seward. This railroad was integral in transporting goods, people, and mail from one of the northernmost ice-free ports in the state into the interior of Alaska.

South Central Alaska offers a seemingly limitless supply of outdoor recreation opportunities. Here are some of the best places to check out:

Chugach State Park is located directly east of the city of Anchorage and north of the Kenai Peninsula. It contains 157 named mountains, the highest and most prominent of which is Bashful Peak.

The park is a popular hiking and camping destination, particularly for residents of Anchorage. Some of the eastern portions of the park are glaciated, and one lake within the park - Eklutna Lake - is fed by the Eklutna Glacier, which supplies much of Anchorage’s drinking water.

There are a number of great trails to check out within Chugach State Park, including Bird Ridge, the Lakeside Trails, and the Crow Pass trail. Other major peaks in the park include Baleful Peak, Bold Peak, Yukla Peak, and Penguin Peak.

Kenai Fjords National Park is located on the Kenai Peninsula, just outside the city of Seward. The park contains 13 named mountains, the highest of which is McCarty Peak, and the most prominent of which is Iceworm Peak.

Much of the park is dominated by the Harding Icefield and by the region’s namesake fjords. There is only one road entering the park, which takes visitors to the Nature Center at Exit Glacier and the park’s two maintained trails: the Harding Icefield Trail and the short nature trails on the valley floor below the glacier.

The rest of the park is road- and trail-free and must be accessed either by a long off-trail hike, by air, or by sea. Kayaking, whale watching, and mountaineering are all popular activities within Kenai Fjords National Park.

Kenai National Wildlife Refuge is situated to the west of Kenai Fjords National Park. It contains 18 named mountains, the highest and most prominent of which is Truuli Peak.

The wildlife refuge includes the western half of the Harding Icefield and was created to help protect the habitat of the region’s diverse wildlife population. It is one of the most accessible, and thus most visited, wildlife refuges in Alaska. However, it is nearly completely surrounded by other public lands, including Kachemak Bay State Park, so much of the refuge is fairly remote.

Kenai National Wildlife Refuge does have some maintained trails to check out, but the region’s canoe trail system is particularly famous. It offers over 120 miles (193km) of paddling for canoeists and kayakers looking for a wilderness paddle experience.

Located in the easternmost part of South Central Alaska, Wrangell-St. Elias National Park and Preserve is a heavily mountainous area that’s popular among mountaineers and experienced backpackers. The park is home to 51 named peaks, the highest and most prominent of which is Mount Saint Elias.

The peaks within Wrangell-St.Elias have some of the most dramatic relief of any mountains within the United States. For example, Mount Saint Elias has an elevation of 18,009ft (5,489m) and a prominence of 11,270ft (3,435m), as it rises up from sea level which is just 10 miles (16km) away.

Wrangell-St. Elias is the largest single contiguous piece of land managed by the US National Park Service at over 20,460 square miles (53,000 sq. km), which is more than 6 Yellowstone National Parks. However, it gets an average of around 60,000-80,000 visitors a year, while Yellowstone gets about 4 million visitors.

While most of Wrangell-St. Elias is trail-free wilderness, there are a few trails you can check out, including the Skookum Volcanic Trail, the Caribou Creek Trail, and the Lost Creek Trail.

Much of South Central Alaska is remote wilderness, but there are quite a few cities and small towns to visit. Here are some of the best places to visit:

Anchorage is Alaska’s largest city with around 290,000 residents. It is located at the head of the Cook Inlet in the western part of South Central Alaska.

The city is home to Alaska’s largest airport (Ted Stevens) and the Lake Hood Seaplane Base, so it is a great place to start any trip into the South Central Region.

From Anchorage, you can drive on the Seward Highway to the Kenai Peninsula or take the Glenn Highway to access more northerly destinations. There are also a number of bus tours that depart from Anchorage and the Alaska Railroad offers journeys from the city’s train station.

The city of Seward is located on the eastern side of the Kenai Peninsula, about a 2.5-3 hour drive south of Anchorage. It is home to around 3,000 year round residents and is a popular tourist destination, due to its proximity to Kenai Fjords National Park and its ample outdoor recreation opportunities.

The only road access into Seward is along the Seward Highway from Anchorage. Seward is also the southern terminus of the Alaska Railroad and it is serviced by a number of tourist bus lines during the summer months.

Homer is a city on the western side of the Kenai Peninsula, about a 4 hour drive from Anchorage. It is a popular halibut fishing and tourist destination.

The city is accessible by road along the Sterling Highway. It is a stop along the Alaska Marine Highway and it has a small airport which offers charter flights around the region. Homer is also the best place to access Kodiak Island from the mainland, as there is regular ferry service from the city.

Whititer is a city along the northwestern portion of the Prince William Sound. It is about 58 miles (93km) from Anchorage and has a population of about 200 people. Interestingly, nearly all of the city’s residents live in just one building.

Whittier is a popular port for many passenger cruise ships and it is a stop along the Alaska Marine Highway. There is just one road leading to Whittier, the Portage Glacier Highway, which is perhaps best known for its long single-lane tunnel.

The city of Valdez is home to about 4,000 residents and is located along the northern coast of the Prince William Sound. Although the city gained unfortunate international fame as the site of the 1989 Exxon Valdez oil spill, it remains one of the most important ports in the state of Alaska. 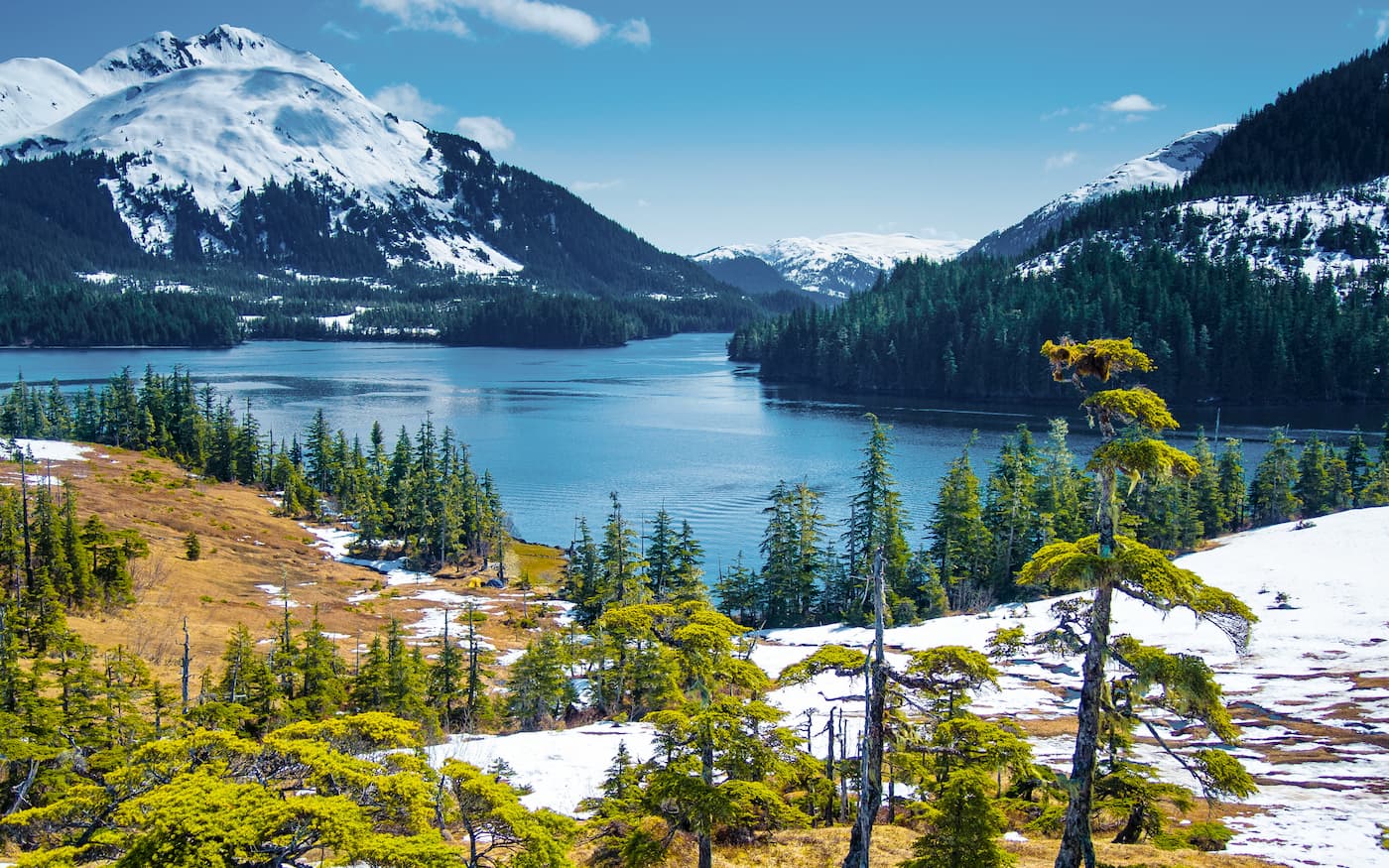 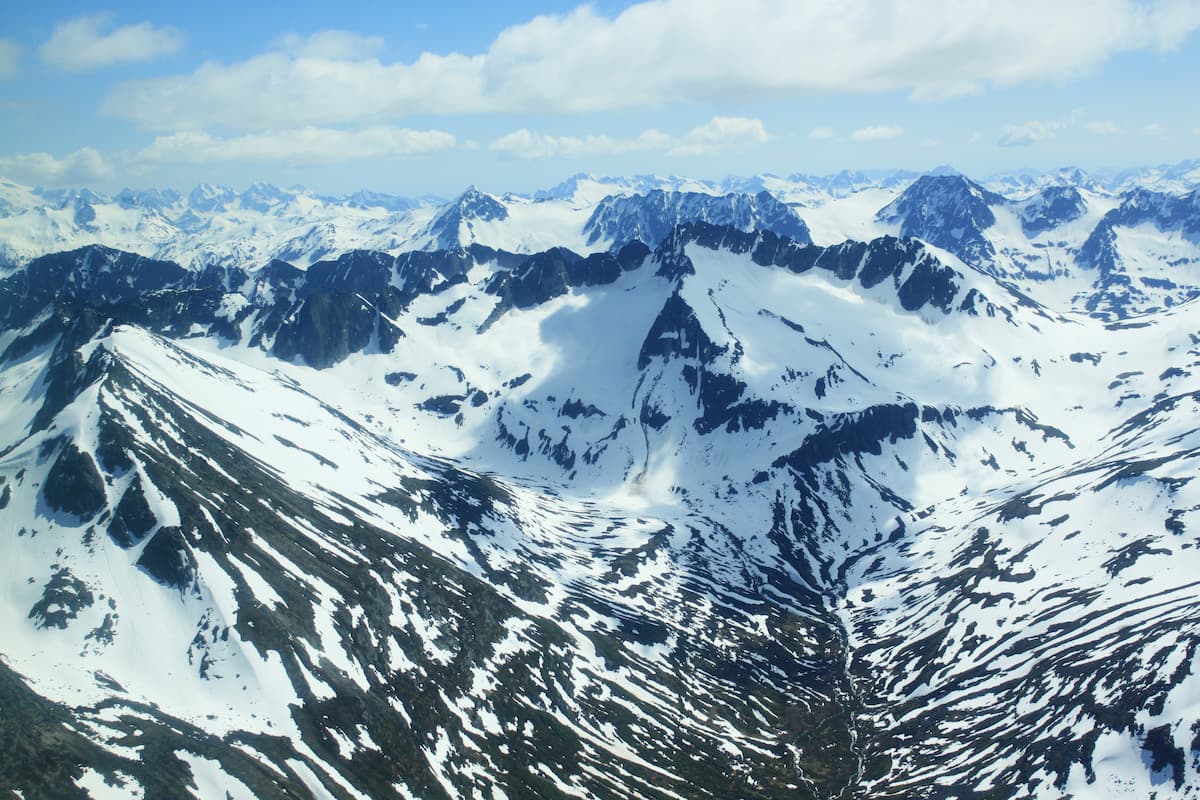 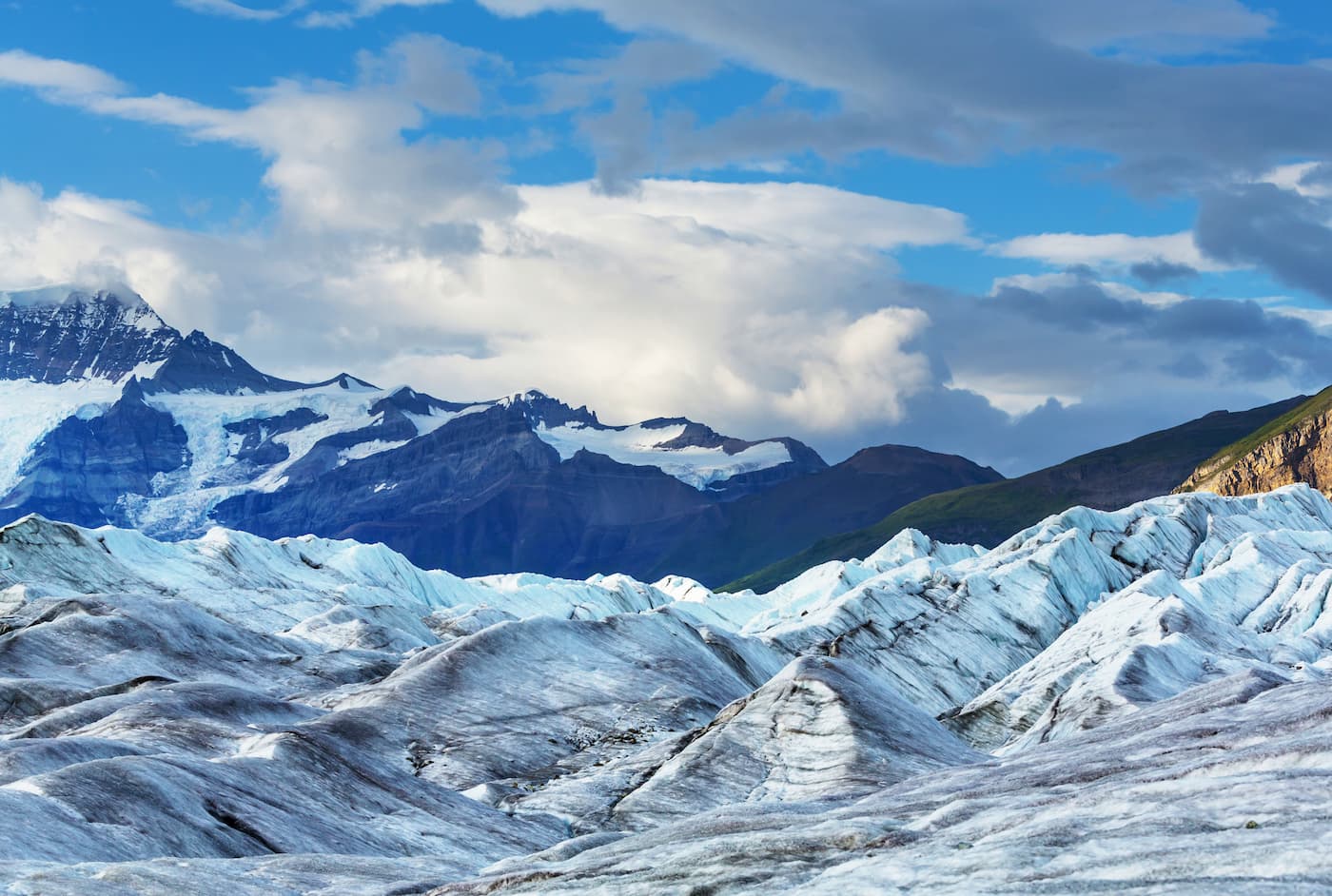 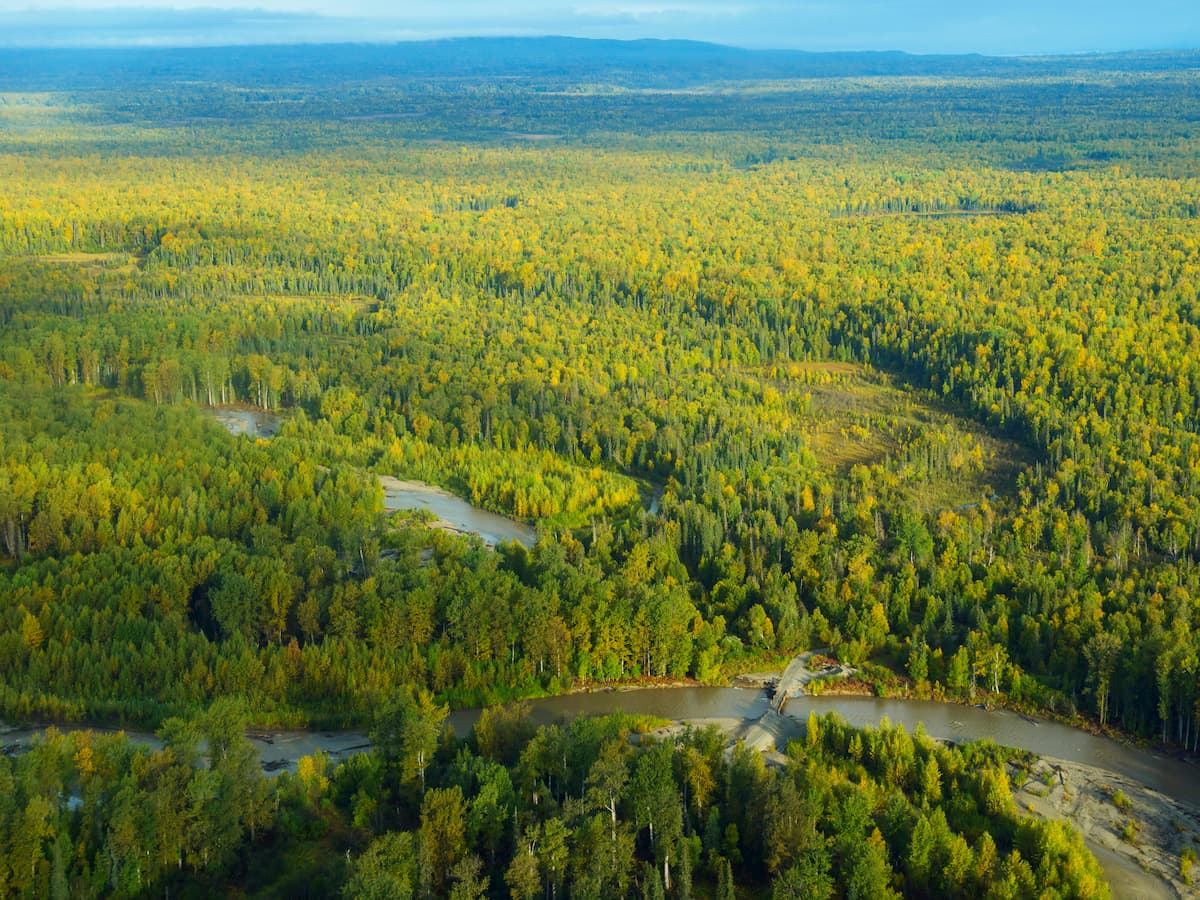 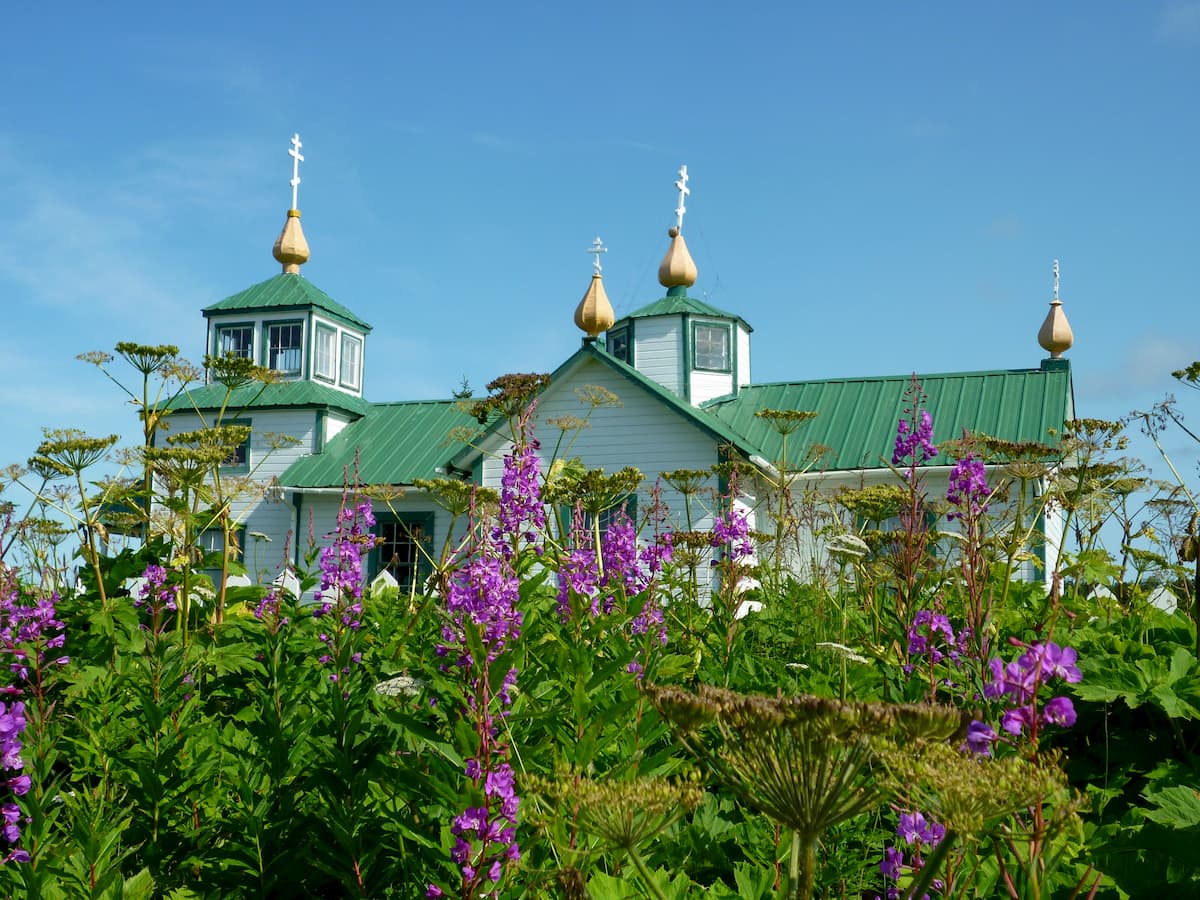 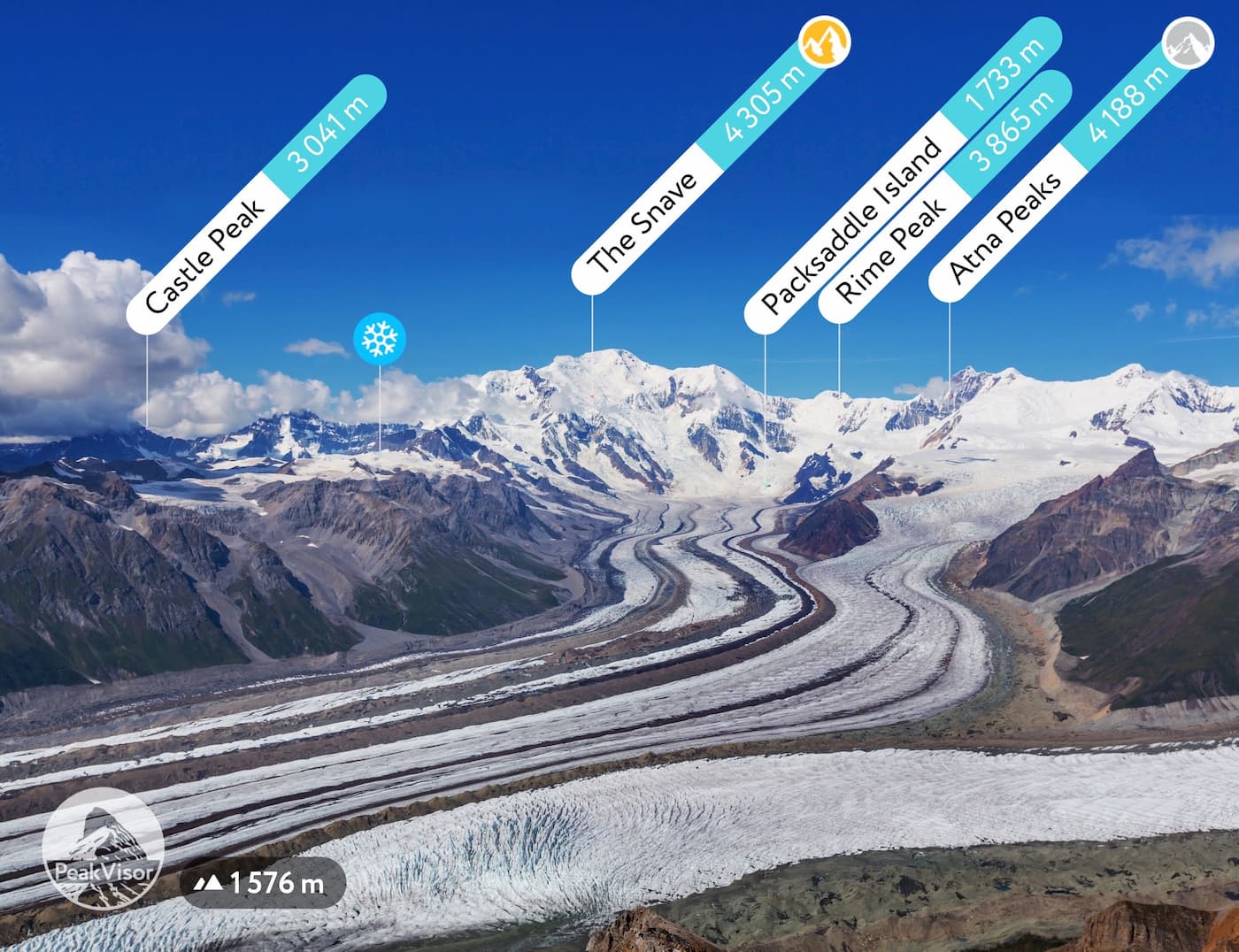 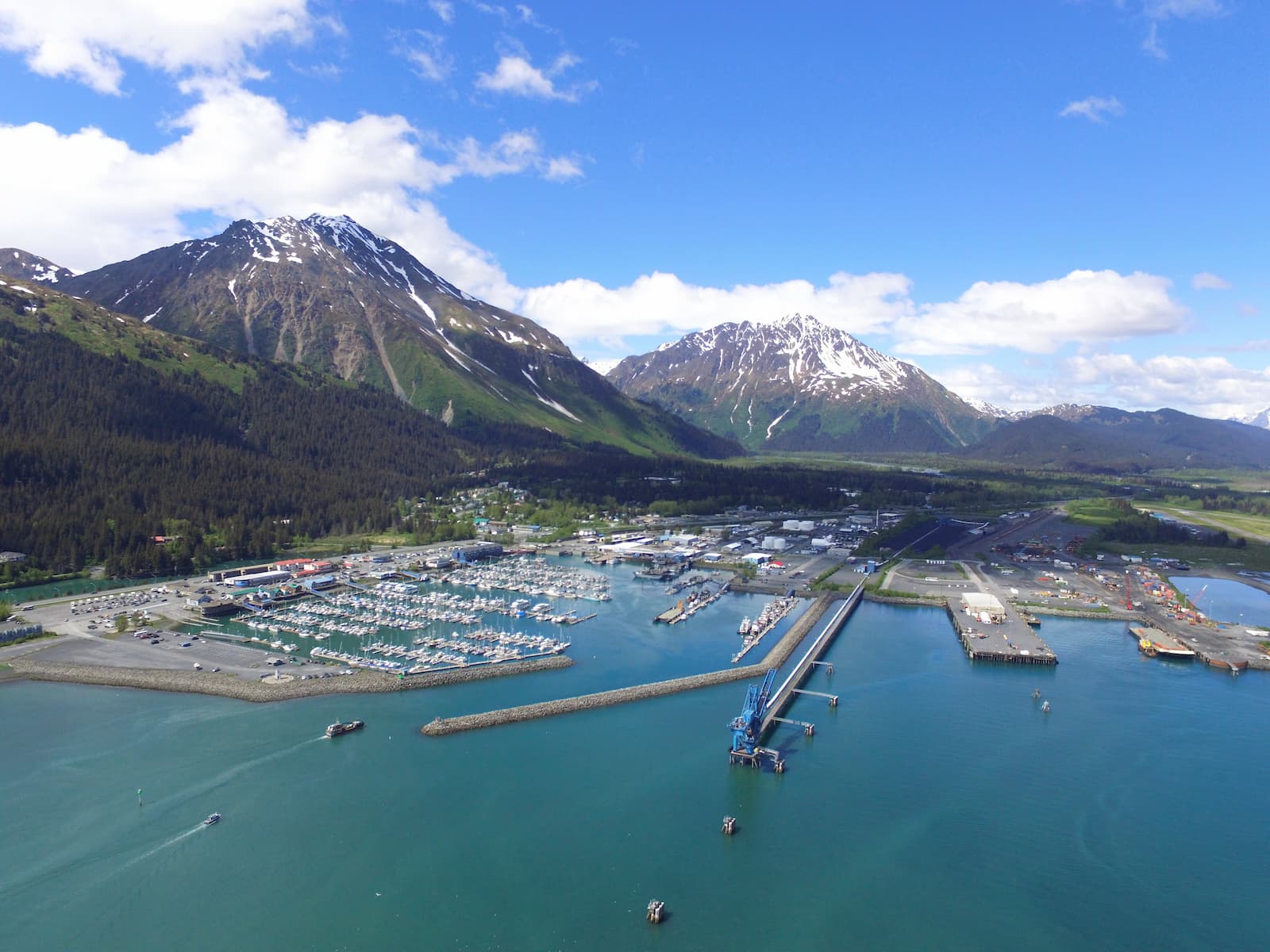