Known for its rugged peaks and icy landscapes, Chugach State Park is a protected area in the South Central region of the US state of Alaska. The park contains 157 named mountains, the highest and most prominent of which is Bashful Peak (7,959ft/2,426m).

Chugach State Park is located directly east of Anchorage, Alaska’s largest city. It is mostly part of the Municipality of Anchorage, though a small part of Chugach’s northern corner near Pioneer Peak is in the Matanuska-Susitna Borough.

With a total land area of 773.7 square miles (2,004 sq. km), Chugach State Park is one of the largest state parks in the United States. It is surpassed in area by only Anza-Borrego Desert State Park in California and Wood-Tikchik State Park in Alaska’s Unorganized Borough near Dillingham.

The city of Anchorage, the community of Eagle River, and Alaska Route 1 lie at the western foothills of the peaks in Chugach State Park. To the north, the park is bordered by the waters of the Knik Arm, which separate it from the communities of Wasilla and Palmer.

Meanwhile, to the east, the park is bordered by a heavily mountainous and ice-covered section of Chugach National Forest and the rest of the Chugach Mountains. The southern part of Chugach State Park ends just north of Alaska Route 1 (a.k.a. the Seward Highway) and the Turnagain Arm.

Moreover, the Turnagain Arm and the rest of the Cook Inlet separate the park from the Kenai Peninsula to the south, which is home to the communities of Whittier, Seward, Homer, and Soldotna, as well as the Kenai National Wildlife Refuge, the Chugach National Forest, and Kenai Fjords National Park.

The geology of Alaska is complex because the region is comprised of a diverse set of terranes. Within Chugach State Park, the peaks are predominantly part of the Chugach Mountains.

These peaks are the well-eroded remnants of a Cretaceous-age complex known as the Chugach terrane, which actually extends for some 1,242mi (2000km) along the Gulf of Alaska. It is mostly composed of deformed turbitites (sedimentary) rocks with some mafic igneous rocks and some granitic plutons that date back to the early Tertiary.

Chugach State Park and the surrounding regions have experienced extensive glaciation since the Pleistocene. The region is still home to a substantial number of glaciers, including the Eklunta Glacier, which subpplies much of Anchorage’s drinking water as it flows into Eklunta Lake.

Like much of Alaska, Chugach State Park is home to an impressive array of flora and fauna.

Below tree line, the region contains a dense temperate rainforest, which is dominated by Sitka spruce and other trees that thrive in wet environments. Plants, such as cow parsnip (a.k.a. pushki) and devil’s club, are abundant in these forests and should be avoided whenever possible.

Salmon are abundant throughout the park’s many rivers and streams. Red salmon and sil ver salmon are commonly found in Chugach State Park during spawning season in late summer.

In the southernmost part of the park, along the Seward Highway, lucky visitors can sometimes see beluga whales, which frequent the area. Beluga Point at milemarker 110.5 on the Seward Highway is a popular road-side pullout for travelers hoping to see these charismatic whales.

It’s also worth noting that both brown bears and black bears are found throughout the park. Standard bear safety precautions are a must for anyone visiting Chugach State Park, even along trails that are close to Anchorage or a major road.

Although most bear encounters in Chugach State Park end peacefully for all involved, multiple people have been injured or killed by predatory bears in the region so a good knowledge of bear safety practices is essential.

Humans have lived in the region in and around the modern-day Chugach State Park for thousands of years. The Chugach and the Eklutna, among others, lived in South Central Alaska for countless generations, long before the arrival of Europeans and European-Americans.

Chugach State Park was officially established in 1870 after Governor Keith Miller signed the bill designating the park into law. The park is currently managed by the Division of Parks and Outdoor Recreation within Alaska’s Department of Natural Resources in order to protect the region for outdoor recreation and to ensure a quality and safe drinking water supply for the Municipality of Anchorage.

These days, the park is comprised of a number of different geographic areas, including the Turnagain Arm region, the Hillside region, the Eagle River region, and the section near Eklutna Lake, each of which has its own unique recreation opportunities.

Chugach State Park offers a seemingly endless supply of outdoor activities. Here are some of the best places to check out in the area:

The Lakeside Trail is 12.7 miles (20.4km) long and provides great views of Eklunta Lake, Eklunta Glacier, and Bashful Peak. There are a few public use huts in the region, as well as great opportunities for snowshoeing, cross-country skiing, dog sledding, and snowmobiling in the winter months.

The Iditarod National Historic Trail covers about 2,400 miles (3,862km) of paths from Seward to Nome, some of which travel through Chugach State Park. The Crow Pass Trail follows much of this historic route as it traverses the park. It is approximately 21 miles (33km) long, one way, and is one of the most popular thru-hikes in the region for experienced hikers.

The Bird Ridge Trail is a 4.6 mile (7.4km) out and back trail that starts right off the Seward Highway in the southern part of Chugach State Park. It is steep and difficult, but offers excellent views of the surrounding region.

Here are some of the best places to stay if you’re visiting Chugach State Park from further afield:

Anchorage is the transportation center of most of Alaska, outside of the Southeast Panhandle. It is home to an international airport, which provides excellent connections around the United States and abroad.

The city is also the starting point for the Seward Highway, which offers good links to the Kenai Peninsula and the southern part of Chugach State Park, as well as the Glenn Highway, which connects the city to points north, including the northern part of the park.

The city of Palmer is located to the north of Anchorage and Chugach State Park. It has around 6,000 residents and is the borough seat of the Matanuska-Suistina Borough. Palmer hosts the annual Alaska State Fair and is home to the Natinoal Outdoor Leadership School’s Alaska branch. Due to its proximity to the Matanuska Glacier and the Knik Glacier, it’s also a great place to visit if you’re looking to get into the mountains.

Girdwood is a popular ski resort town located off of the Seward highway just south east of Anchorage. It is home to Alyeska Resort and about 2,300 people who live in the valley around the mountain. Although the town sees a substantial amount of winter activity, it is becoming more and more popular as a summertime destination for mountain biking, hiking, fishing, rafting, and the annual Girdwood Forest Fair. 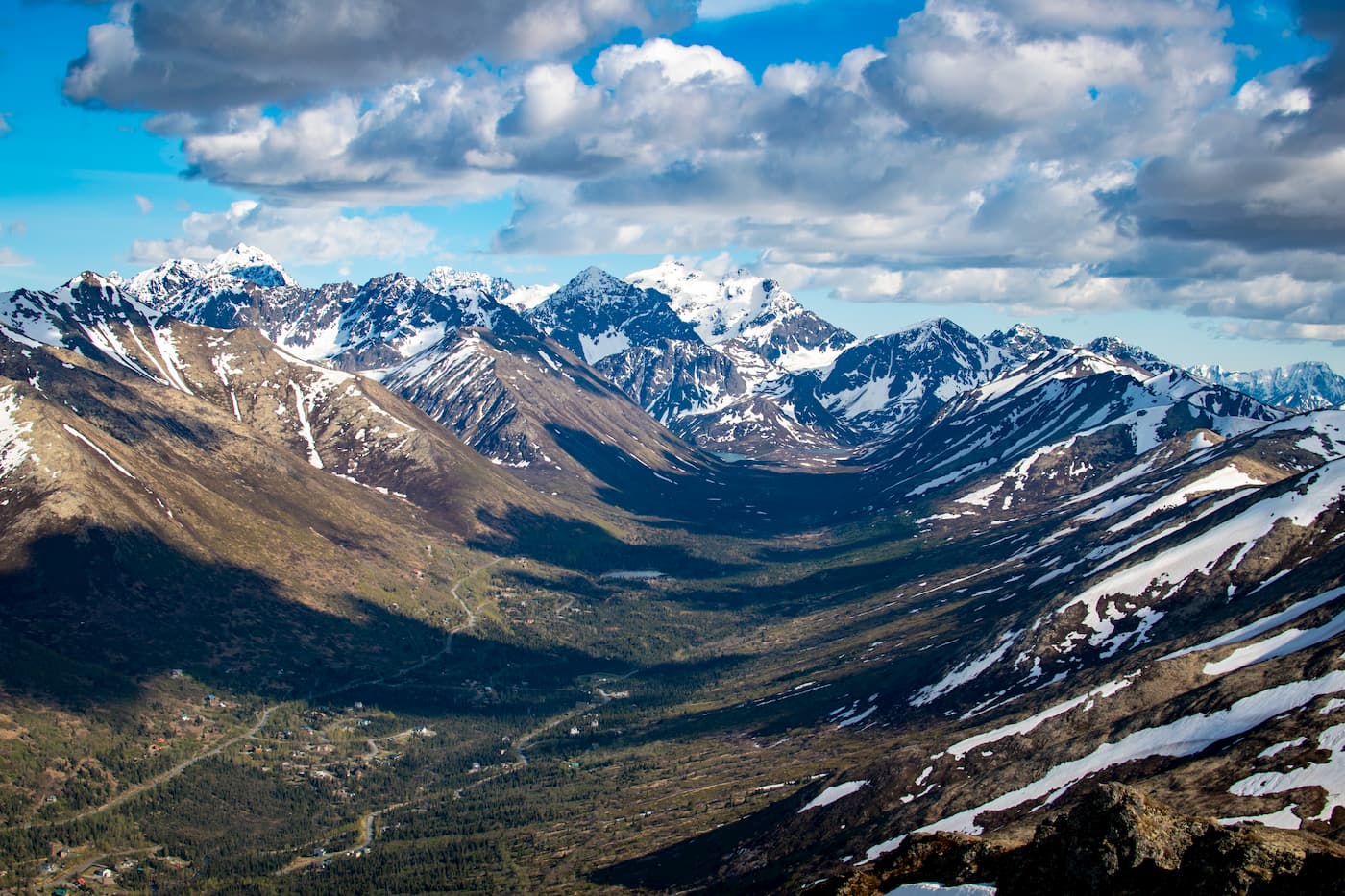 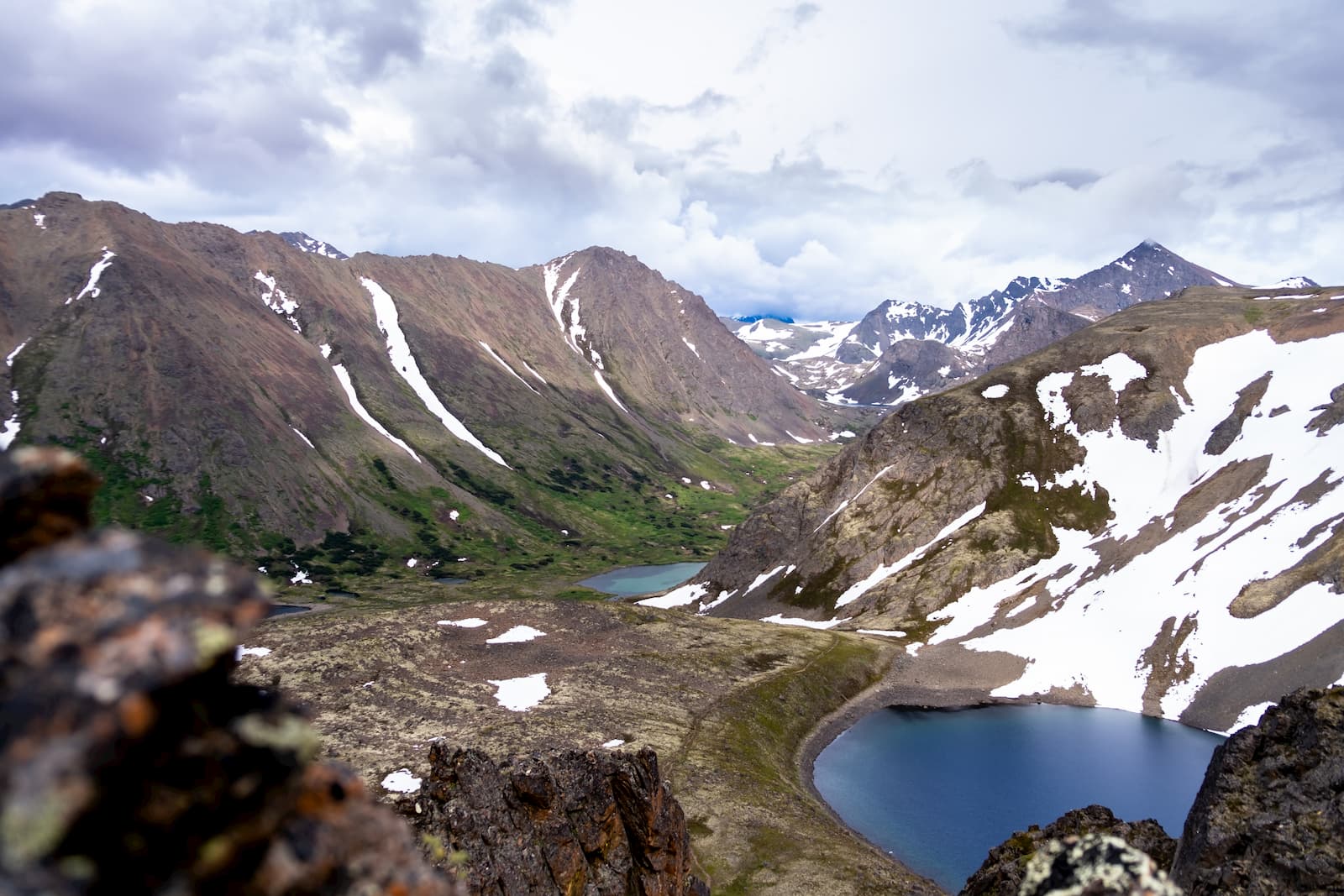 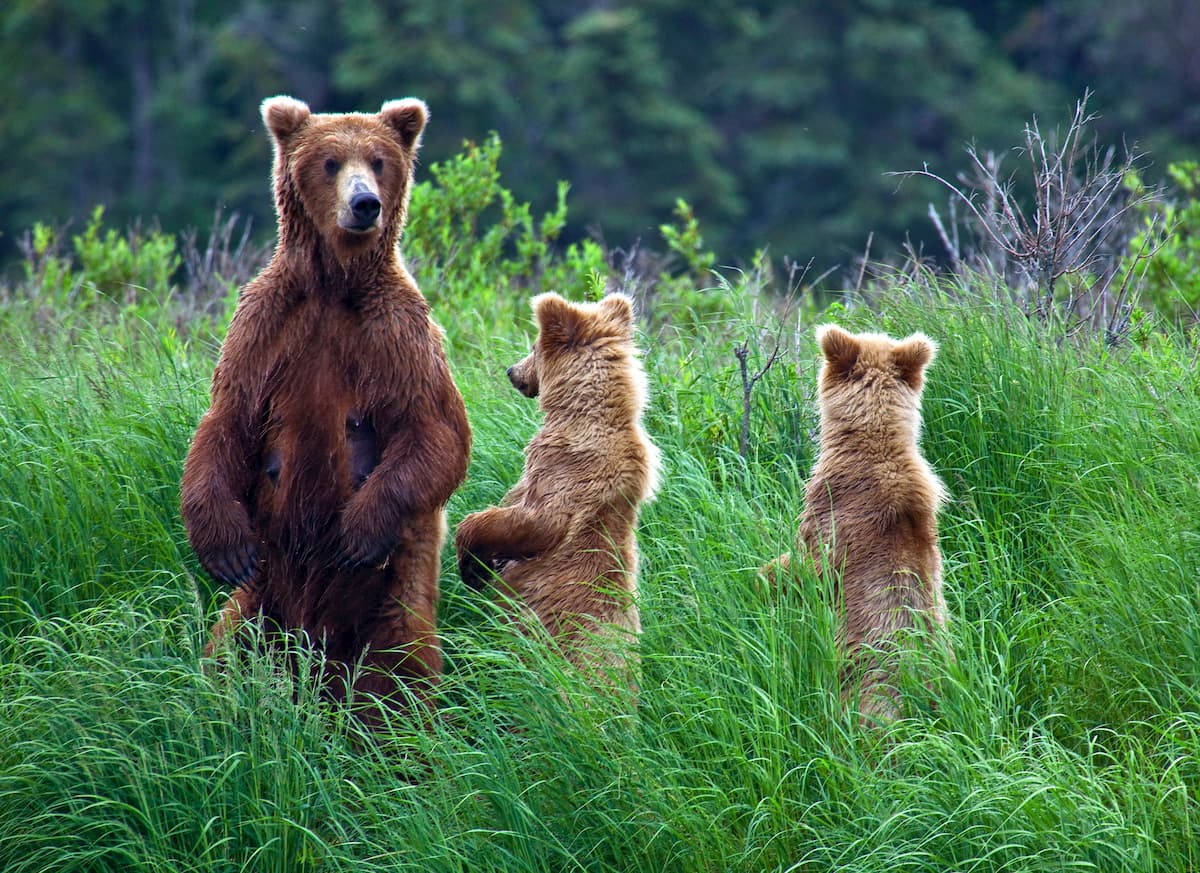 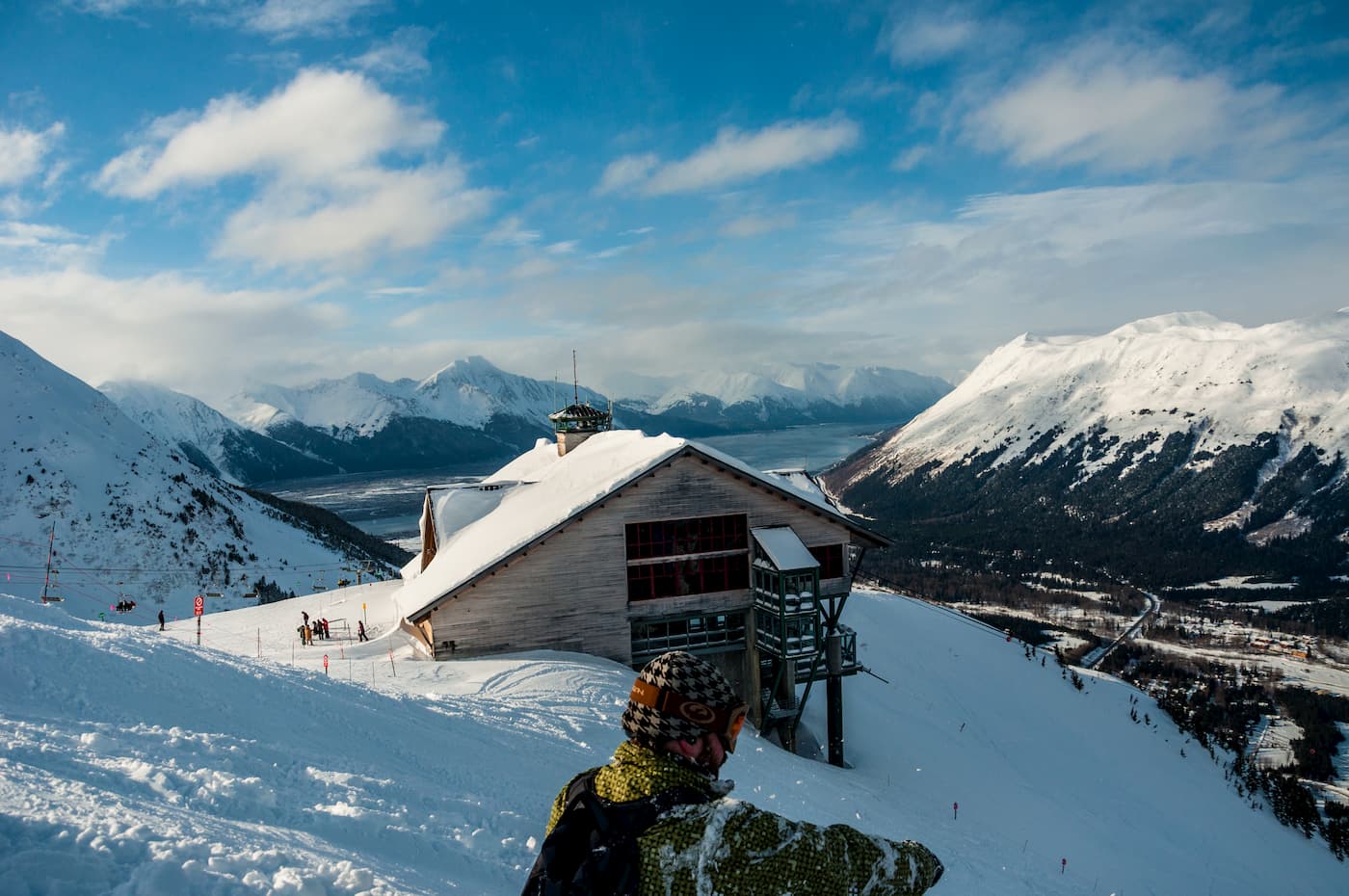 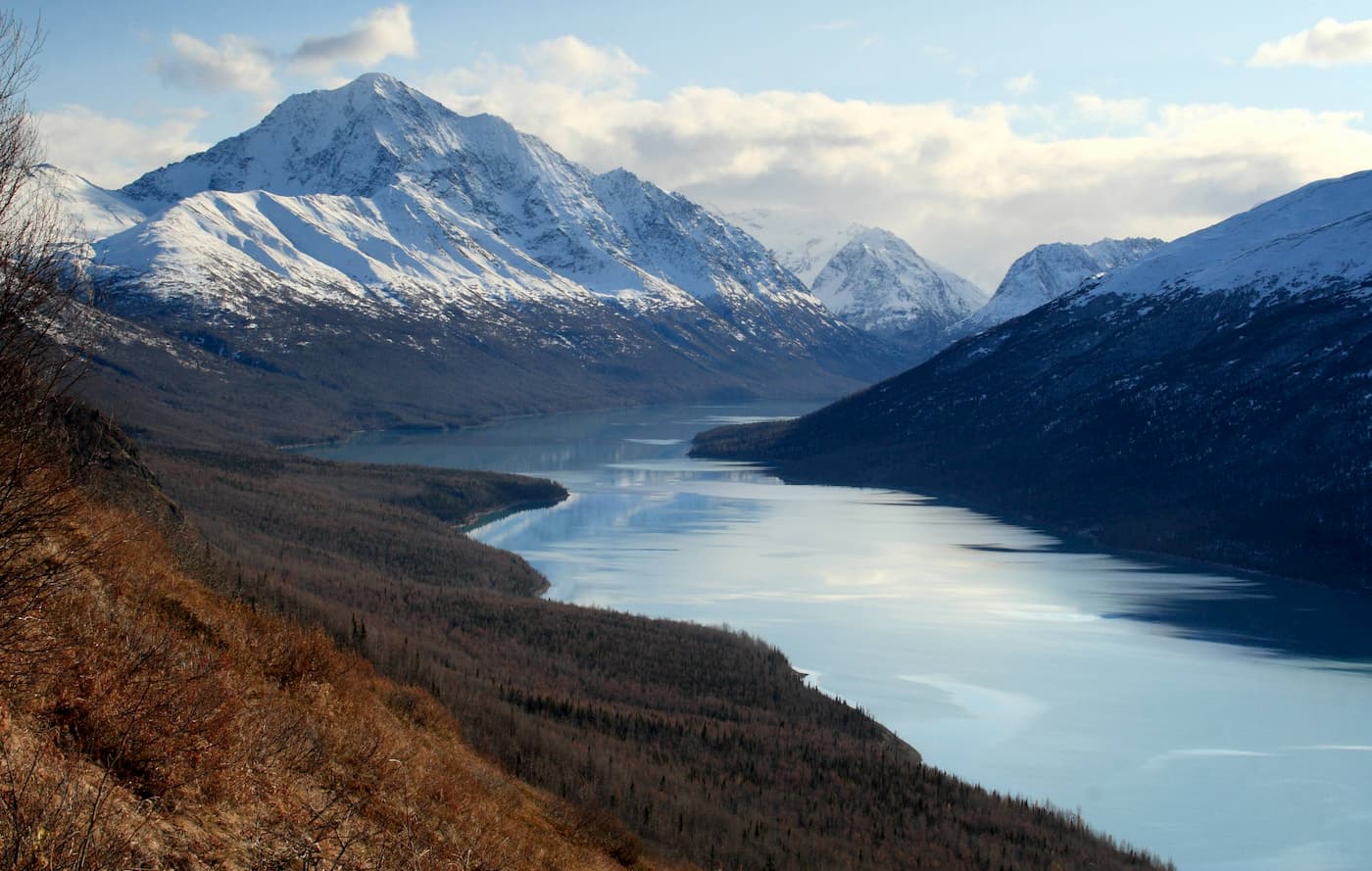 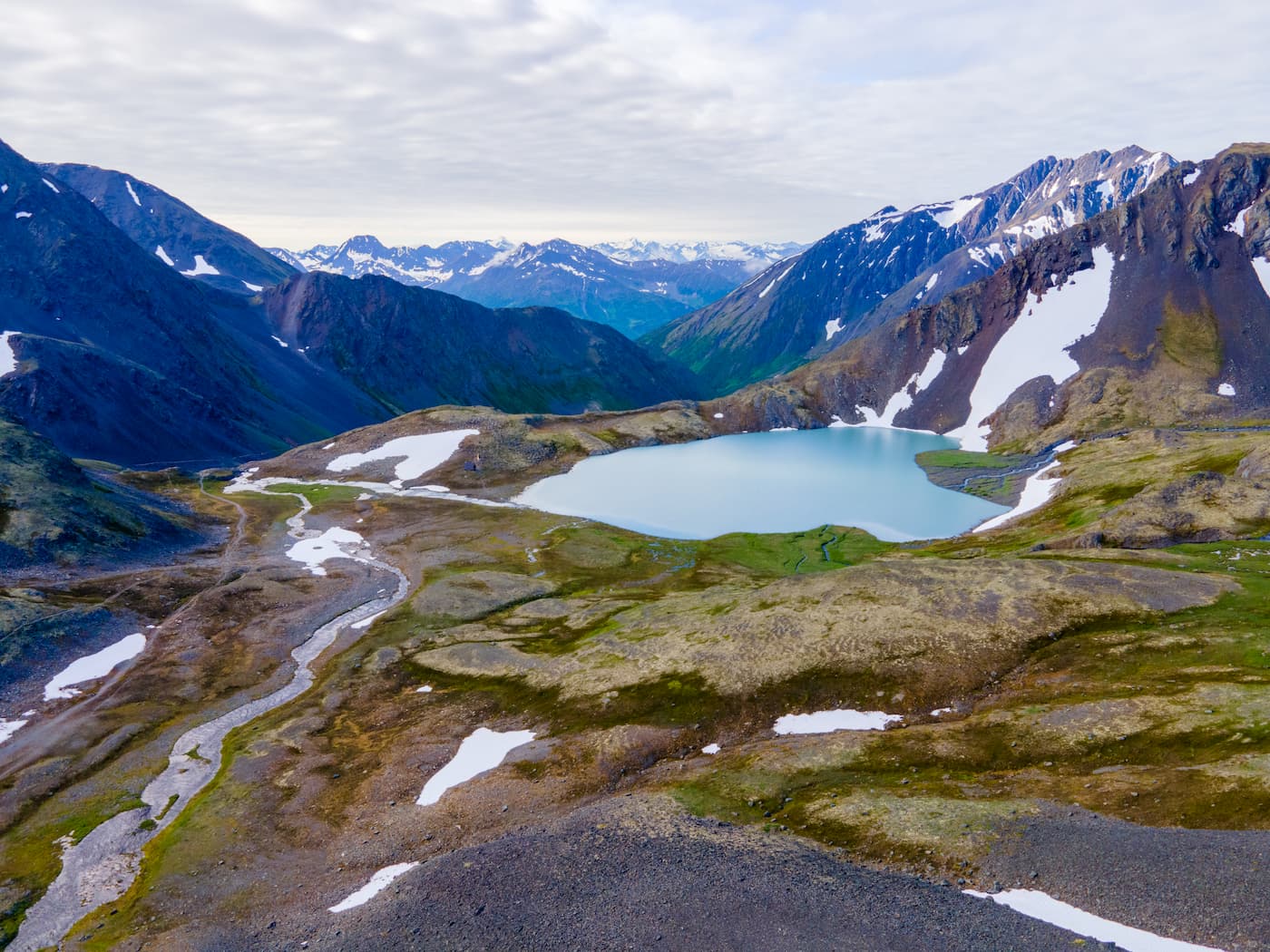 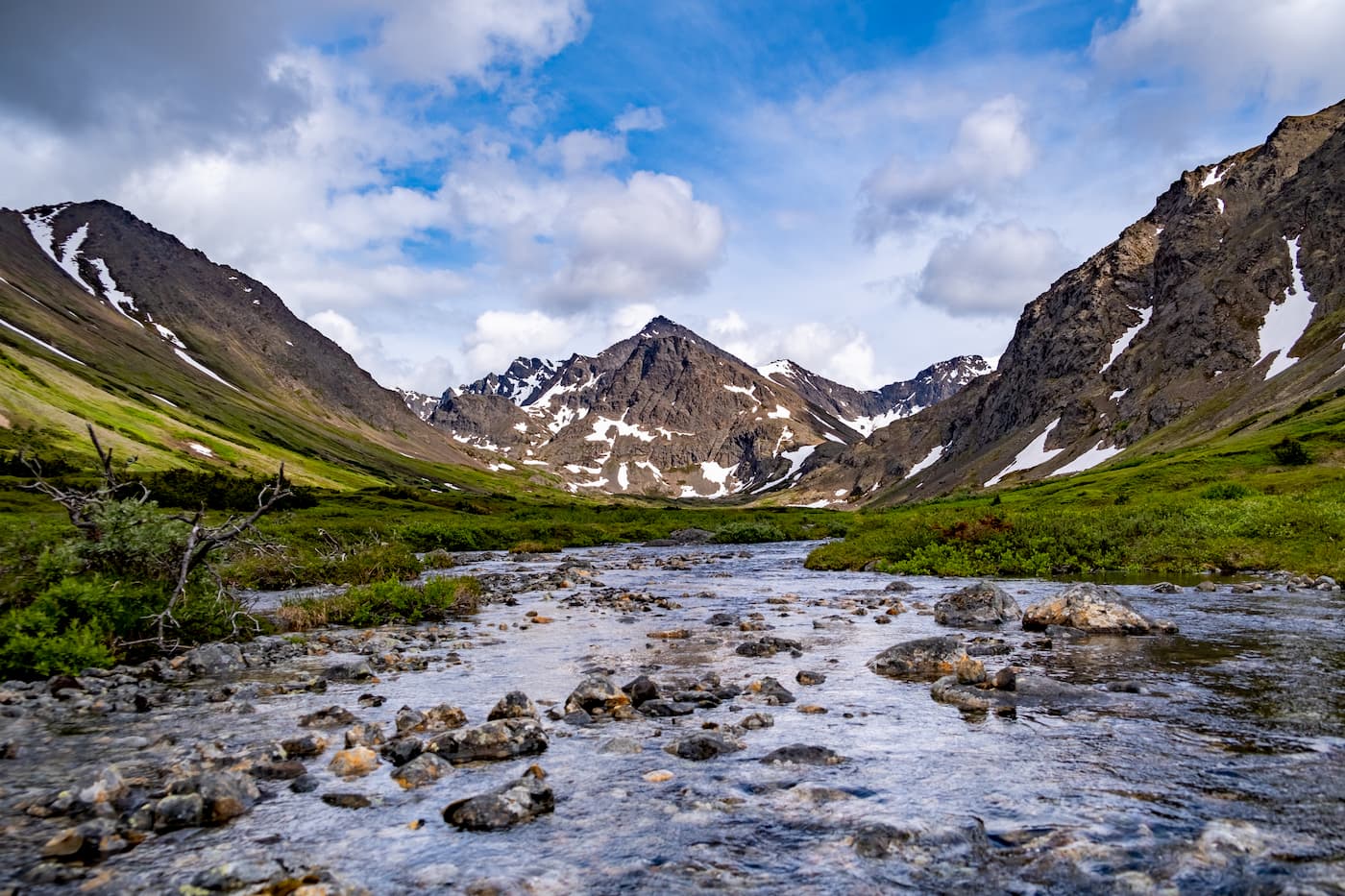