Anchorage
1
Mountains with prominence of 1 ⁠500 ⁠m / 4 ⁠921 ⁠ft or more.
Highpoint

Situated in the heart of the south-central part of the US state of Alaska, the Municipality of Anchorage (Dena’ina: Dgheyay Kaq'; Russian: Анкоридж) is a consolidated city-borough and the most populous place in the state. It contains 226 named mountains, the highest and most prominent of which is Bashful Peak (7,959ft/2,426m). 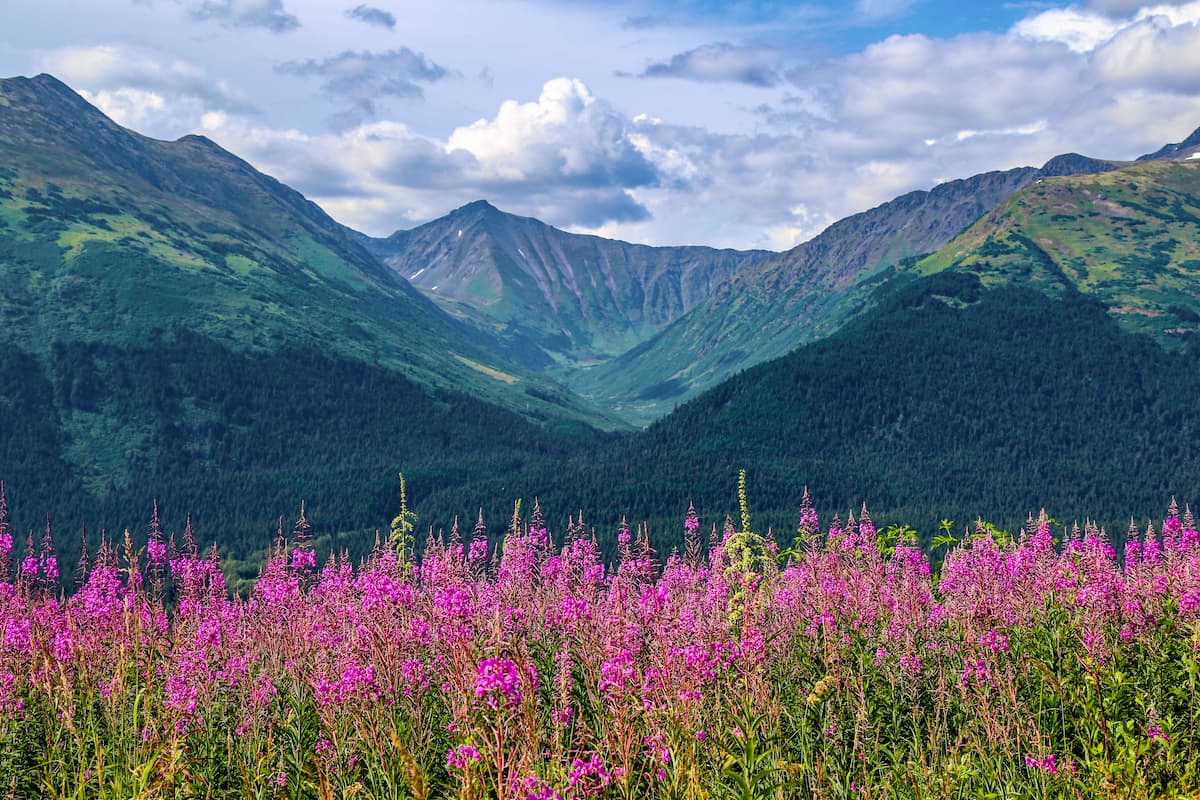 The Municipality of Anchorage is a borough (administrative area akin to a county) located in Alaska. It is surrounded by the Matanuska-Susitna Borough (Mat-Su) to the north and the Kenai Peninsula Borough to the South. On the east, Anchorage is bordered by the Valdez-Cordova census area, which is part of the Unorganized Borough.

The city and borough are both the most populous places in the state of Alaska with some 288,000 residents. In fact, it contains nearly 40% of Alaska’s population as of 2020. Interestingly, with an area of 1,704 square miles (4,420 sq. km), Anchorage is also the fourth largest city by land in the United States and it is even larger than the state of Rhode Island.

It is located within the South-Central Alaska region at the head of the Cook Inlet. Anchorage is surrounded by water on three sides, with the Knik Arm to the north, separating it from parts of the Mat-Su Borough and by the Turnagain Arm, which separates it from the Kenai Peninsula Borough, the Kenai National Wildlife Refuge, and Kenai Fjords National Park.

The peaks within the Municipality of Anchorage are part of the Chugach Mountains. Much of the total land area of the municipality is actually included within the Chugach State Park, which is located almost entirely within Anchorage’s borders.

Additionally, approximately 100 square miles (259 sq. km) of land within the Municipality of Anchorage is part of the Joint Base Elmendorf-Richardson (JBER), which is a combined US Air force and US Army military installation.

The peaks within the Municipality of Anchorage are part of the Chugach Mountains, which are highly eroded remains of the Chugach terrane. This terrane dates back to the Cretaceous and is mostly composed of sedimentary rocks with some igneous intrusions.

Maps from the USGS also indicate that the land closest to the Cook Inlet in Anchorage is mostly loose glacial deposits. Slightly further inland, there is a mix of rocks that’s known as the McHugh Complex, which formed around 65 to 75 million years ago. Even further inland, particularly in the eastern parts of Chugach State Park, the bedrock is sedimentary and is mostly part of the Valdez Group, which formed chrome the accumulation of debris during a period of subduction some 65 to 75 million years ago.

The city center of Anchorage is well developed and urbanized. However, just outside the city, the landscape is dominated by a temperate rainforest typical of the coastal areas of South-Central Alaska.

Interestingly, this temperate rainforest is the northernmost extent of the rainforest that covers much of the northern Pacific coast of the United States and Canada. These forests are found extensively throughout the Pacific northwest, including in the Northwest U.S. Coast Ranges, the Canadian Coast Mountains, the Northwest Coast Islands, and in the coastal areas of the Saint Elias Mountains.

At lower elevations within the Municipality of Anchorage, the landscape is heavily forested, mostly with Sitka spruce, though other conifers and trees that thrive in wet environments can also be found. Anchorage is well known for having moose and bears that wander through the city.

The municipality also has a population of northern timber wolves, lynxes, beavers, foxes, and Dall sheep. Belugas are also a semi-frequent occurrence in the Turnagain Arm and can often best be seen from the Seward Highway. Salmon also populate the streams and rivers that run through the town.

Alaska has long been home to humans, and Anchorage is no exception. Long before the arrival of Russian and other non-Indigenous peoples to Alaska, the Dena’ina were among the earliest peoples to call the region home.

However, while early Russian exploits in the region were focused mostly on Southeastern Alaska (near Sitka and Juneau), and in the Kenai Peninsula area, Europeans and European-Americans didn’t attempt to permanently settle in the Anchorage region until the early 1900s.

During this time, the area that is now Anchorage became a tent city as workers built a railroad to connect Fairbanks to Seward. This railroad became important to the region’s economy, particularly in the attempts to move coal from the Alaska interior to Seward, an ice-free port, for transportation elsewhere in the United States and abroad.

While the discovery of gold in the late 1800s in the Turnagain Arm region did bring some prospectors and miners to the area, the Alaska Railroad was the real driver behind the creation of a more permanent city in the Anchorage area.

As air transportation became more and more important during the interwar years and during World War II, Anchorage started to take on strategic importance for air travel. Merrill Field, now a public-use general aviation airport to the east of the city center, was created in the early 1930 to accommodate this boom, though the city’s international airport wasn’t built until 1951.

In 1941, the Alaska Defense Command was established in an attempt to defend the state from the threat of attack in the Pacific Theater of World War II. This led to large military investments in the region, including the construction of Elmendorf Field Base and Fort Richardson (now Joint Base Elmendorf-Richardson) in the 1940s.

While the heavy militarization of the region continued well into the Cold War years, the construction of these bases also spurred the urbanization of Anchorage. During this time, the city’s population increased drastically, surpassing both Juneau and Fairbanks in size. With the creation of the Seward Highway in the 1950s, travel to the Kenai Peninsula also became easier.

The city was one of the places affected by the 1964 Good Friday Earthquake, which, at a magnitude of 9.2, was the largest ever recorded in North America. Although more substantial destruction from the earthquake was situated around the town of Seward, much of Anchorage experienced severe damage, which led to a period of recovery in the late 1960s.

After the discovery of oil in the northern parts of Alaska and the creation of the Trans-Alaska Pipeline, many large oil companies set up their headquarters in Anchorage, which led to massive economic growth for the city.

Despite its status as the largest city in Alaska, Anchorage offers excellent hiking opportunities. Here are some of the best places to check out:

Perhaps the most visited peak in all of Alaska, Flattop Mountain is located in the eastern part of Anchorage, right off of O’Malley Road. The hike is just 1.5 miles (2.4km) but it gains 1,350 feet (411m) of elevation over that short distance.

On a clear day, the summit of Flattop offers expansive views, which can reach as far as the Aleutian Islands. The luckiest among us can even see Denali in the Alaska Range on a sunny day.

The Crow Pass Trail follows along for part of the Iditarod National Historic Trail as it crosses through Chugach State Park. It is about 21 miles (33km) long, one-way, but it is one of the most popular thru-hikes in the region.

The Bird Ridge trail is a 4.6 mile (7.4km) long hike that starts on the Seward Highway and ventures into Chugach State Park. It offers excellent views of the region, including the Turnagain Arm, but is known for being steep and difficult.

Here are some of the best places to stay if you’re looking to visit the Municipality of Anchorage:

As Alaska’s largest city, Anchorage is a popular choice for visitors to the state. It is home to over 288,000 people and has plenty of restaurants, shops, hotels, and even an educational museum for visitors to enjoy. Anchorage is also the location of Alaska’s busiest airport, making it a great place to fly into if you’re coming from further afield.

Eagle River is located between Joint Base Elmendorf-Richardson and Chugach State Park. While it’s considered a suburb of Anchorage, it is also a major business and commercial hub for communities in the Mat-Su valley, particularly Wasilla.

Eagle River is just a short drive from downtown Anchorage and the airport. It is also home to a cultural center and a nature center, which are both good places to check out if you’re in the area.

Girdwood is located along the Seward Highway and the Turnagain Arm, just to the southeast of Anchorage. It is often considered a resort town, due to its location at the base of Alyeska, a major ski resort in the state. While the community has about 2,000 residents, it is within driving distance of Anchorage and all of its amenities. 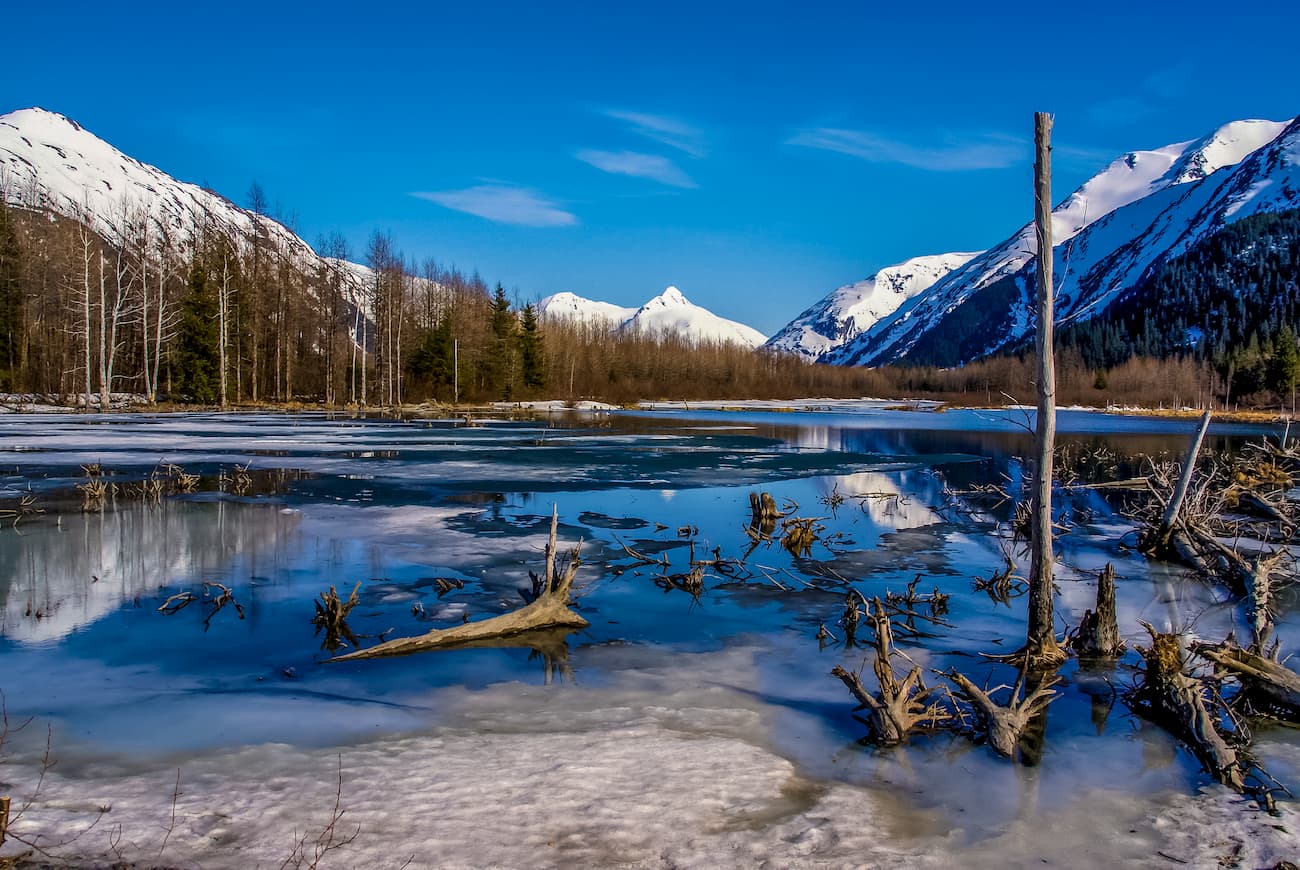 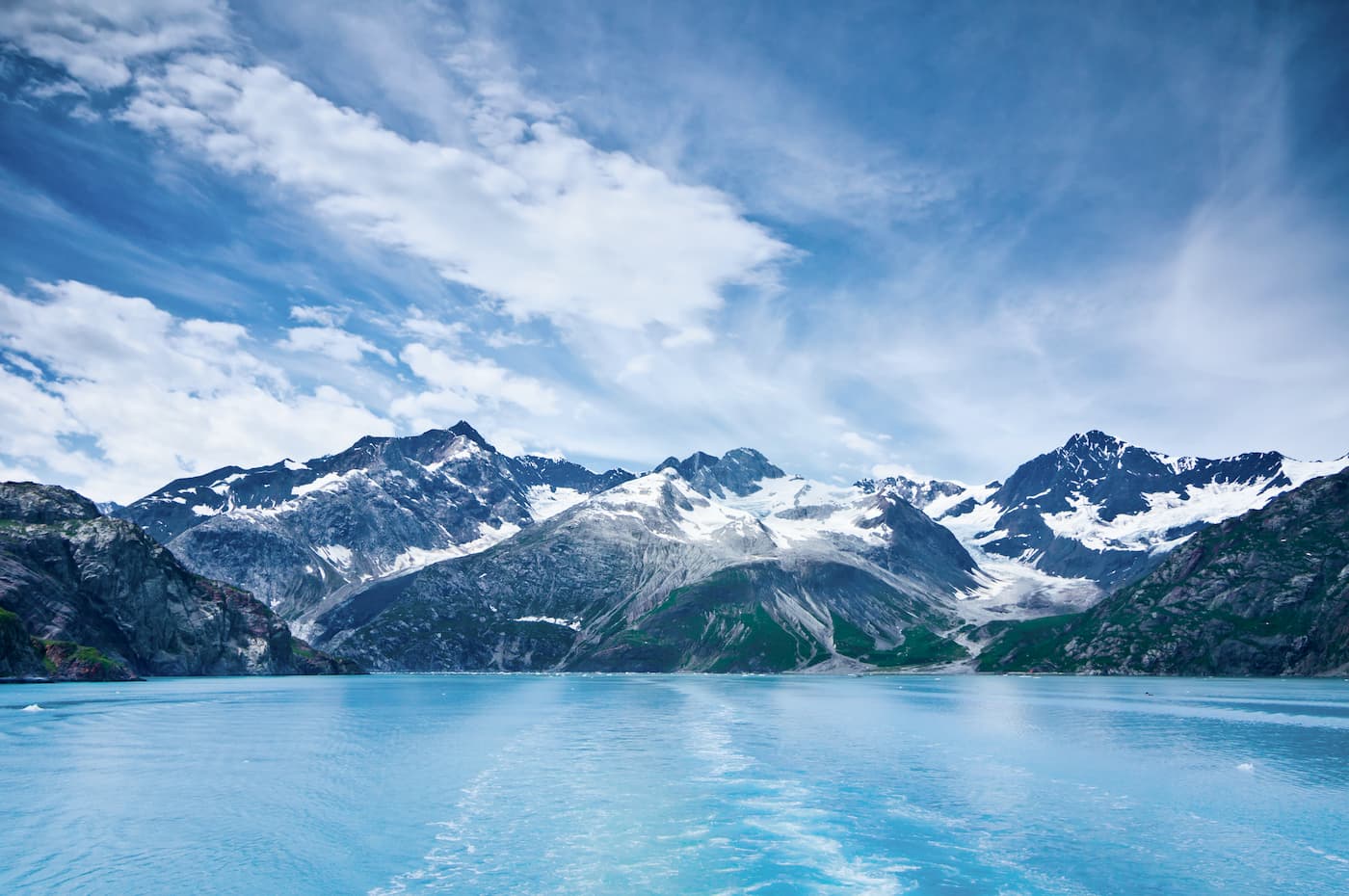 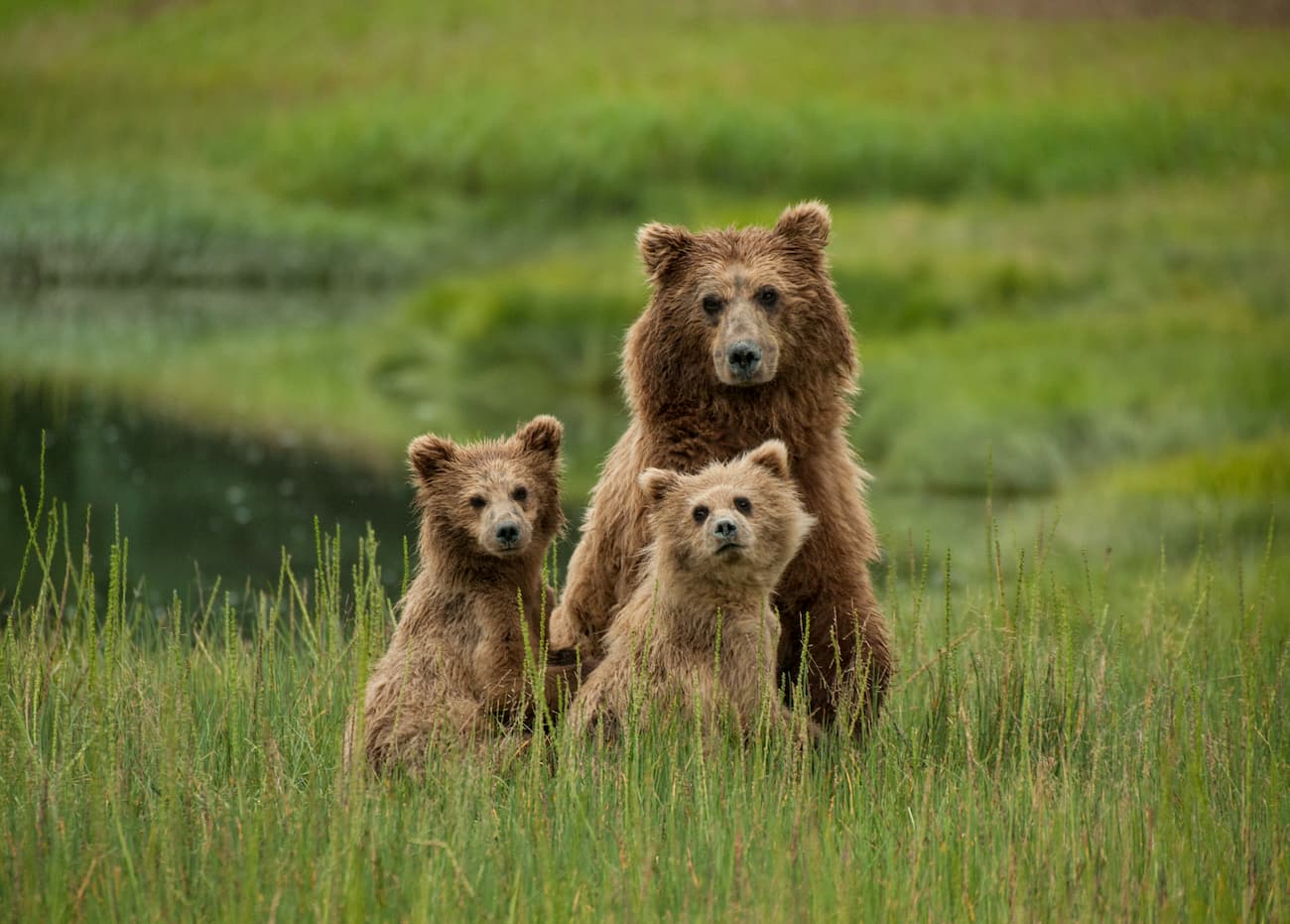 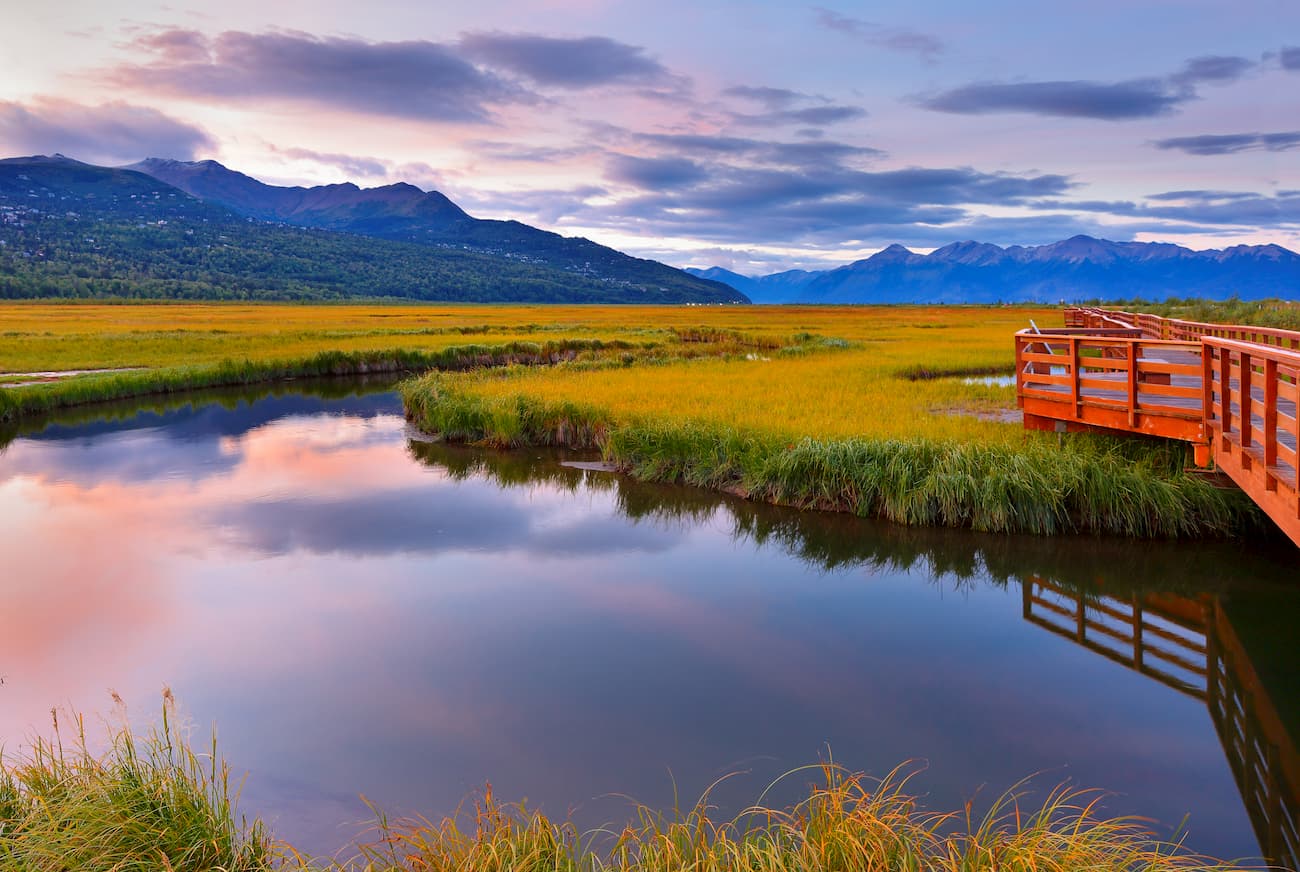 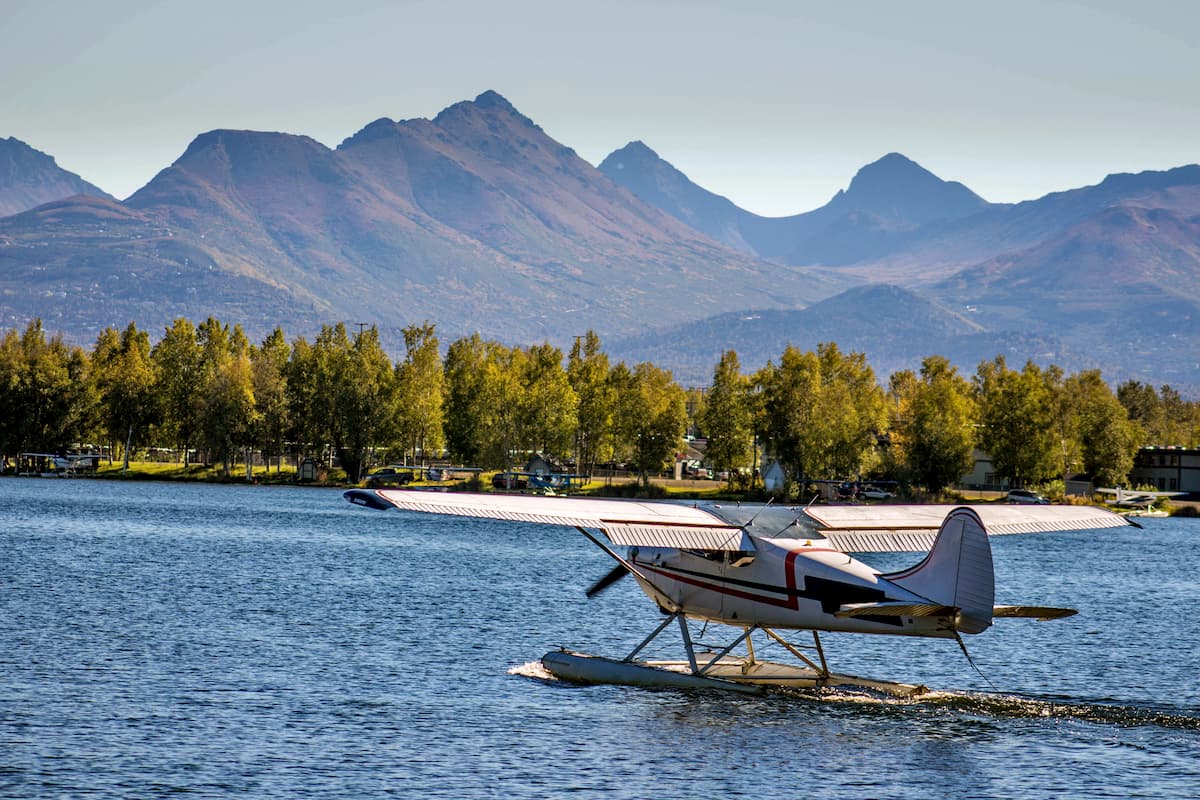 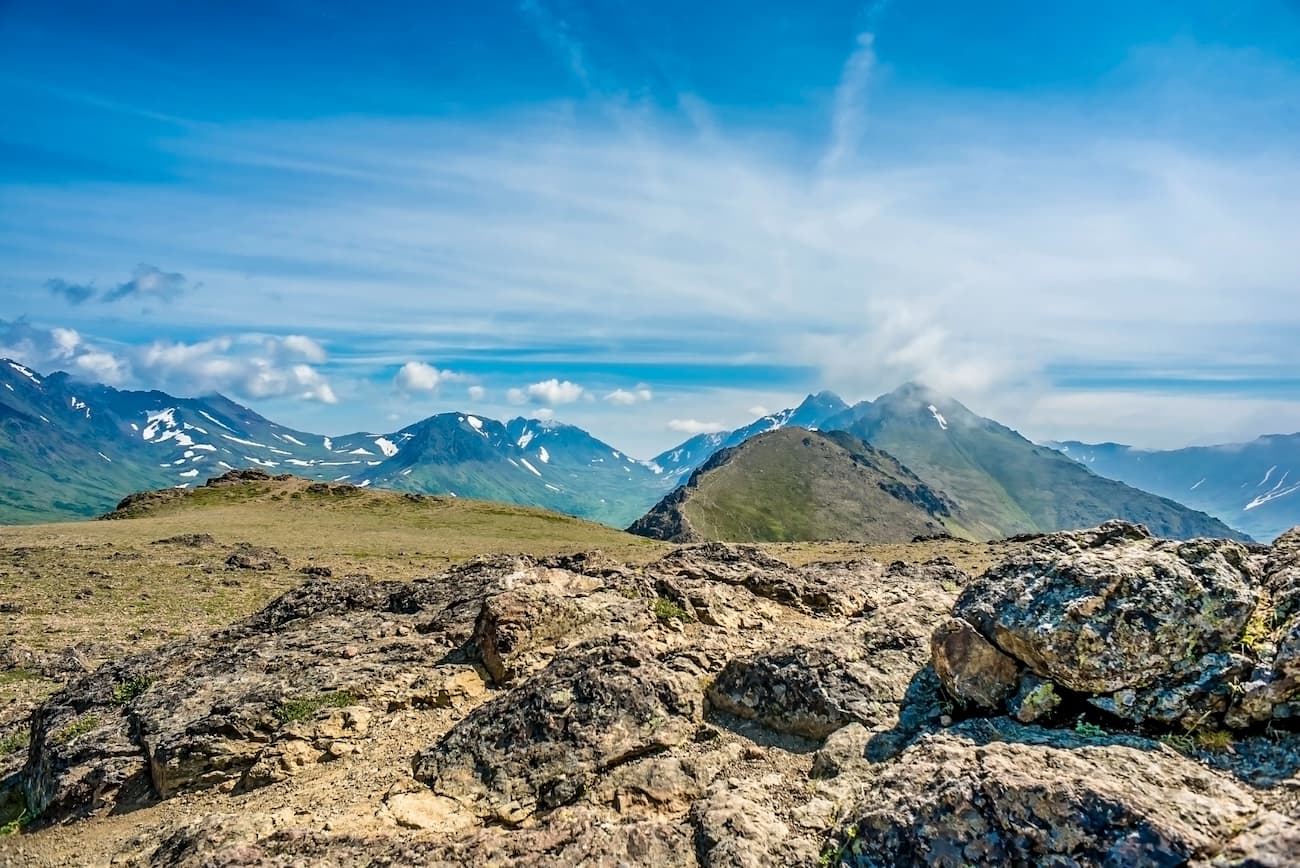 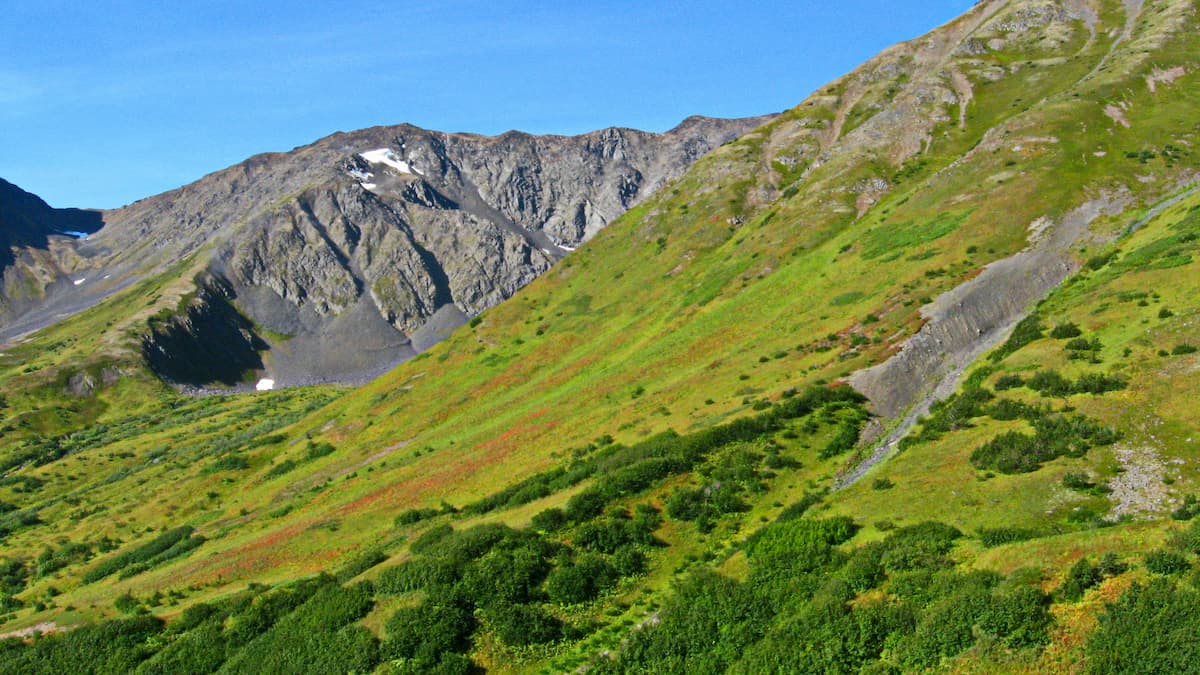