There are 278 named mountains in Alaska Range. The Alaska Range stretches over 400 miles, in the shape of a crescent moon, across Central Alaska. A segment of the much larger Pacific Mountain System, while the Alaska Range isn’t as long as the Rockies, Andes, or Himalayas, it stands its ground as the third tallest range in the world. Not to mention, the rugged, enormous peaks, infamously severe weather, and immense glaciation make the Alaska Range one of the country’s most notorious mountain ranges.

The Alaska Range attracts everyday travelers looking to experience Alaska’s notorious alpine scenery, world-class alpinists, as well as daring climbers or mountaineers tackling the 7 summits, or the highest point in each of the seven continents.

The Alaska Range generally extends northward and eastward from the Aleutian Range in southwest Alaska to the boundary of Yukon territory. Most notably, the Alaska Range is known for housing the worst mountain weather outside of Antarctica and boasts one of the largest and most recognizable mountains in the world, Denali. 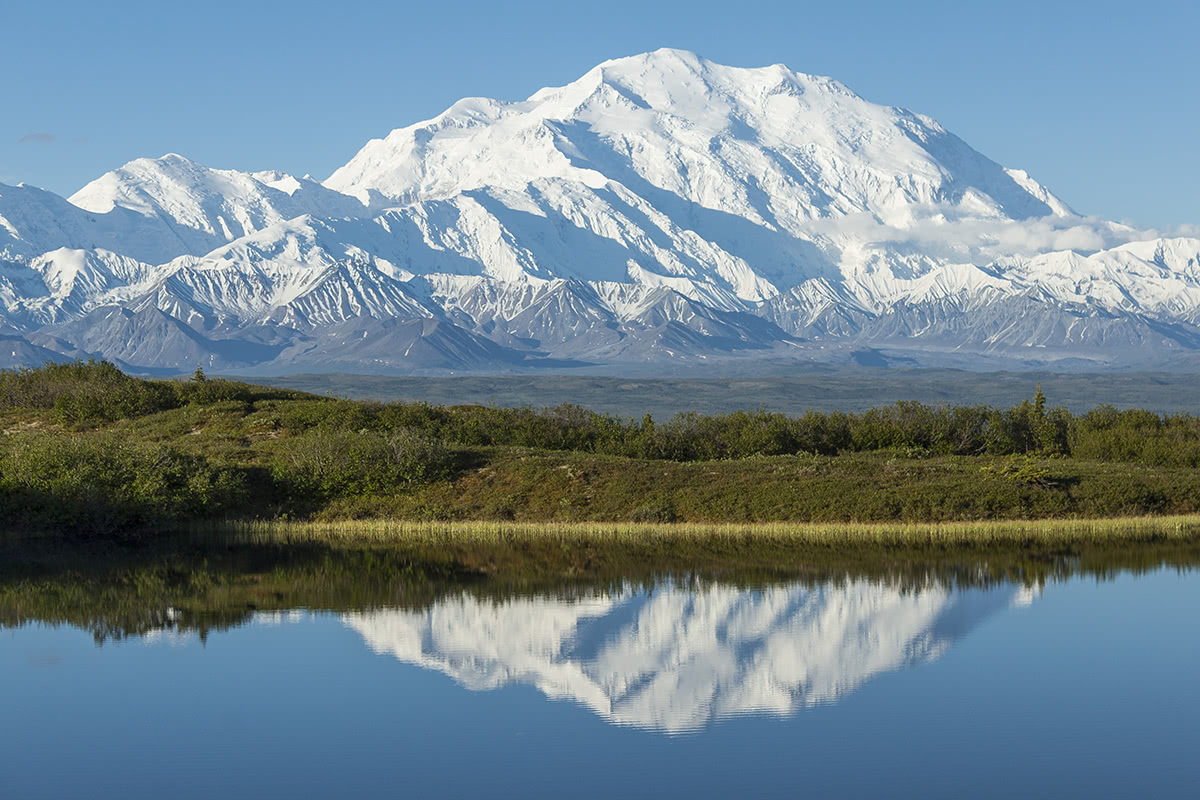 Denali, which is located at the heart of Denali National Park and Preserve, is not only the tallest mountain in North America, it’s the third most isolated peak on Earth. In fact, Denali is so enormous, that when the weather is clear (which isn’t often), the mountain’s peak can be seen from nearly 200 miles away. The first attempt to summit Denali was in 1903, when Judge James Wickersham attempted to climb the mountain via Peters Glacier and the North Face, which is now referred to as the infamous Wickersham Wall or “the death route.”

The Alaska Range contains several notable subranges including the Kitchatna, Revelation, Neacola, Teocalli, and Delta Mountains. However, most of the time you’ll hear the Alaska range referred to in terms of the Central Alaska Range and Eastern Alaska Range.

The Hayes Range is found to the east of Denali National Park, approximately 150 miles from Fairbanks. Aside from housing the previously mentioned Mount Hayes, the Hayes Range is home to comparable mountain monoliths like Mount Moffet, Mount Shand, Moby Dick, and Hess Mountain – all of which exceed 11,000 feet in elevation.

The Delta Mountains sit northwest of Wrangell-St. Elias National Park and encompass incredible, classic Alaskan peaks like Mount Kimball, Tusac, and White Princess. Despite housing plenty of challenging, harsh terrain, the Delta Mountains are lower in elevation and far more accessible than other sections of the Alaska Range, like the Hayes Range.

Home to the state’s crown-jewel, Denali, the central Alaska Range is known for housing the tallest peaks of the range including aforementioned Mount Foraker, Mount Hunter, Mount Crosson, and Mount Silverthrone. This part of the Alaska Range is the most popular for climbing and exploring glaciers.

The Kichatna Mountains, a subrange within the central Alaska Range, includes notable landmarks like Kichatna Spire, Mount Augustin, and Gurney Peak. This area is famous for highly technical, quality climbing and (of course) uninviting weather. Several famous glaciers, including Caldwell Glacier, begin in the Kichatna Mountains.

A popular trail in the front-country of Denali National Park, the Triple Lakes trail is a moderate 9-mile trek (each way) that features three scenic lakes and offers an incredible view of the Nenana River and Alaska Range. The mileage sounds daunting, however, if you don’t want to hike the full 18 miles, you can hike down to the southern trailhead and cross the bridge to the Denali Park Village to grab a shuttle back to the visitor center. In fact, the southern trailhead is the quickest route to the 3 lakes. This trail offers visitors the unique opportunity to explore backcountry Denali, without being too far off the beaten path.

One of the steepest trails in Denali, the 2.7-mile Mount Healy Overlook Trail travels partially up Mount Healy. Beyond the end of the official trail, adventurous hikers can continue on to the ‘true summit’ of Mount Healy. After rising steadily through spruce forest, you’ll reach some benches with a beautiful overlook. Once you pass the benches, a series of steep switchbacks will lead you to additional grand views of the surrounding Denali wilderness.

One of the best ways to experience Alaska is to spend time in the remote, Alaskan wilderness. The Kesugi Ridge trail is a 3-4 day backpacking trip that offers premium views of North America’s tallest mountain, Denali. Over the course of 27.5 miles (each way), the trail traverses varied terrain and vast tundra. You’ll hike above the tree line and ford Little Coal Creek before catching a glimpse of Denali, Mount Foraker, and Eldridge Glacier in the distance. Weather is often volatile and unpredictable in this region, so ample preplanning and experience in the backcountry is recommended.

Sitting on 67-acres of rising terrain, Camp Denali is a wilderness lodge known for offering visitors a truly authentic Alaskan experience. Nestled near the treeline, Camp Denali offers easy access to native tundra and boreal forest, as well as bedside views of Denali. Not to mention, the lodge sits centered on a pond that reflects eleven major peaks in the Alaska Range. Camp Denali offers the perfect mix of rustic, serene accommodations with modern amenities.

Perched on a tundra plateau, North Face Lodge is found deep inside of Denali National Park and offers mind-blowing views of Denali and the surrounding Alaska Range. Just 1.5 miles from Wonder Lake, North Face Lodge offers guests the opportunity to take a quick stroll to experience the Northern Lights or hit the trail and connect with nature. The resort is located in a peaceful, remote location, immersed in the Alaskan wilderness. The North Face Lodge is a sister property to Camp Denali.

Located just 20 miles north of Fairbanks, the Aurora Borealis Lodge is known both locally and internationally as one of the best places to experience the northern lights. Two types of lodging are available - the Cedar Lodge or Logan’s Chalet. The Cedar Lodge offers four private rooms with north facing windows for premium aurora borealis viewing. Logan’s Chalet is a spacious log home with an aurora viewing platform directly in the front yard. Even if you don’t decide to stay at the lodge, you can book a premium aurora tour to marvel at the spectacular natural light show.

Nicknamed “The Golden Heart of Alaska,” Fairbanks is best-known for two things - the midnight sun (in the summer) and the aurora borealis (in the winter). Although the city itself isn’t teeming with outdoor recreation potential, in comparison to other Alaskan towns, during summer months, visitors take advantage of 24 hours of daylight to explore the nearby Alaska Range. In the winter, Fairbanks is considered one of the best places in the world to view the northern lights and offers sightseeing tours, late-night hikes, and scenic drives that are ideal for experiencing the incredible aurora borealis.

Fairbanks is home to the Moose Mountain Ski Resort and the aptly named Mount Aurora Skiland, which both offer overnight lodging, amenities, and winter recreation opportunities.

The main hub for outdoor recreation in Alaska is typically Anchorage. Anchorage houses the state’s largest airport, as well as a plethora of amenities and attractions. Anchorage is just a few hours from Denali, several recognizable glaciers, and several of Alaska’s incredible national parks. From town, visitors have access to sightseeing and flightseeing tours, glacier and wildlife cruises, ample canoeing and kayaking opportunities, epic hiking and backpacking trails. 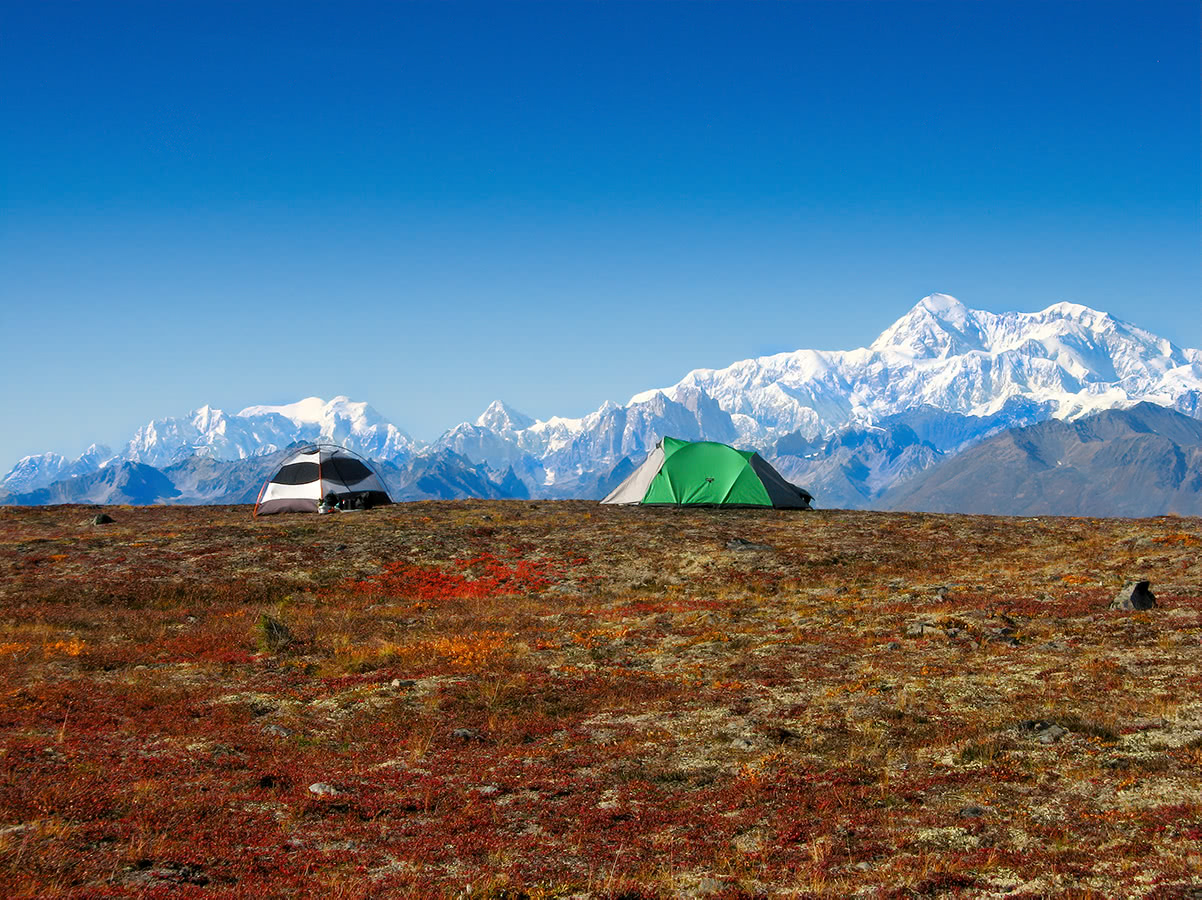 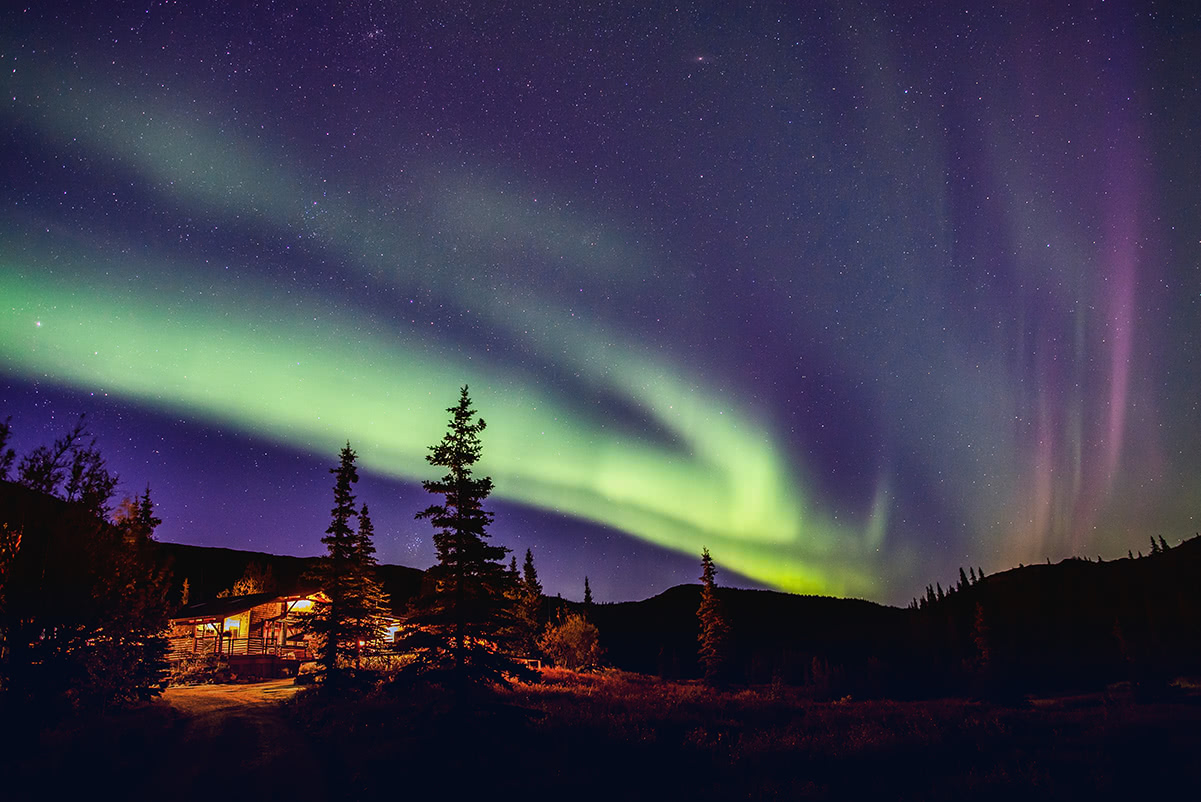 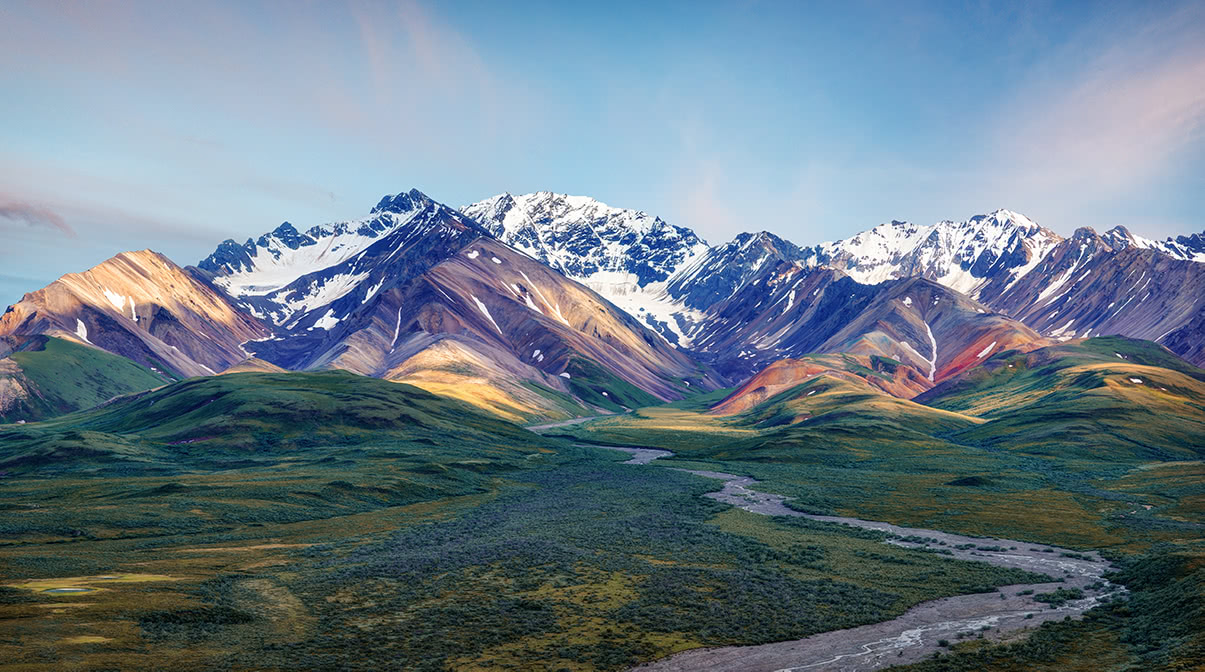 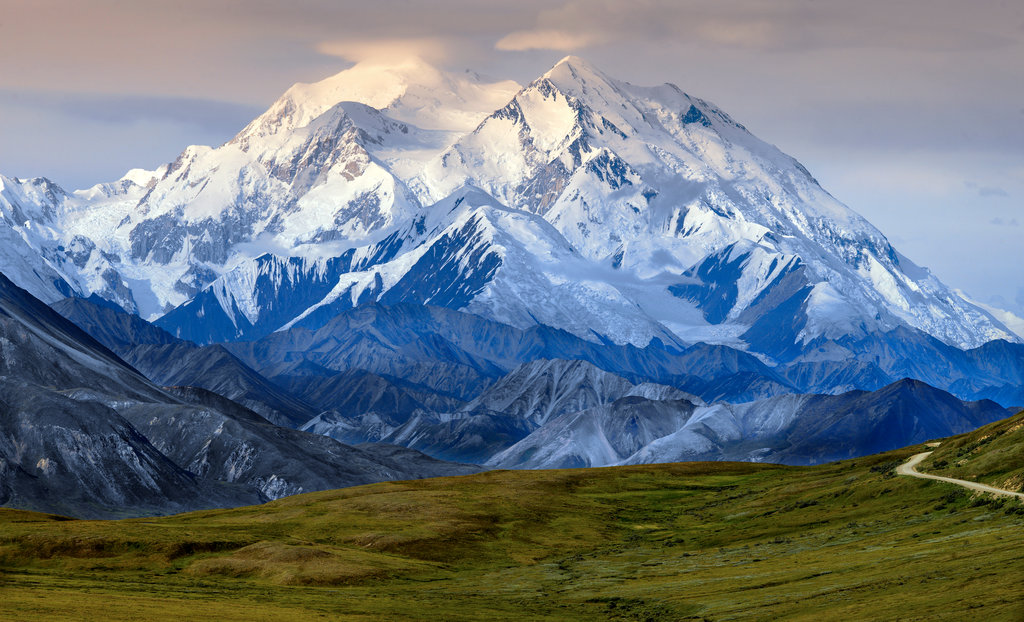 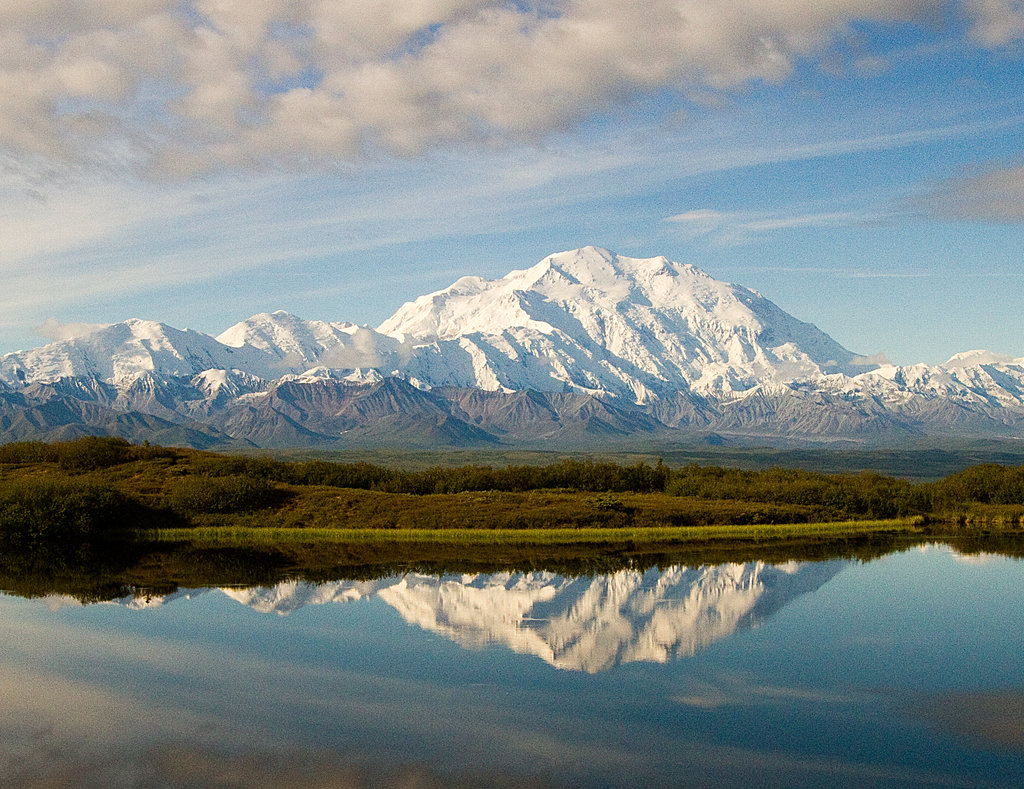 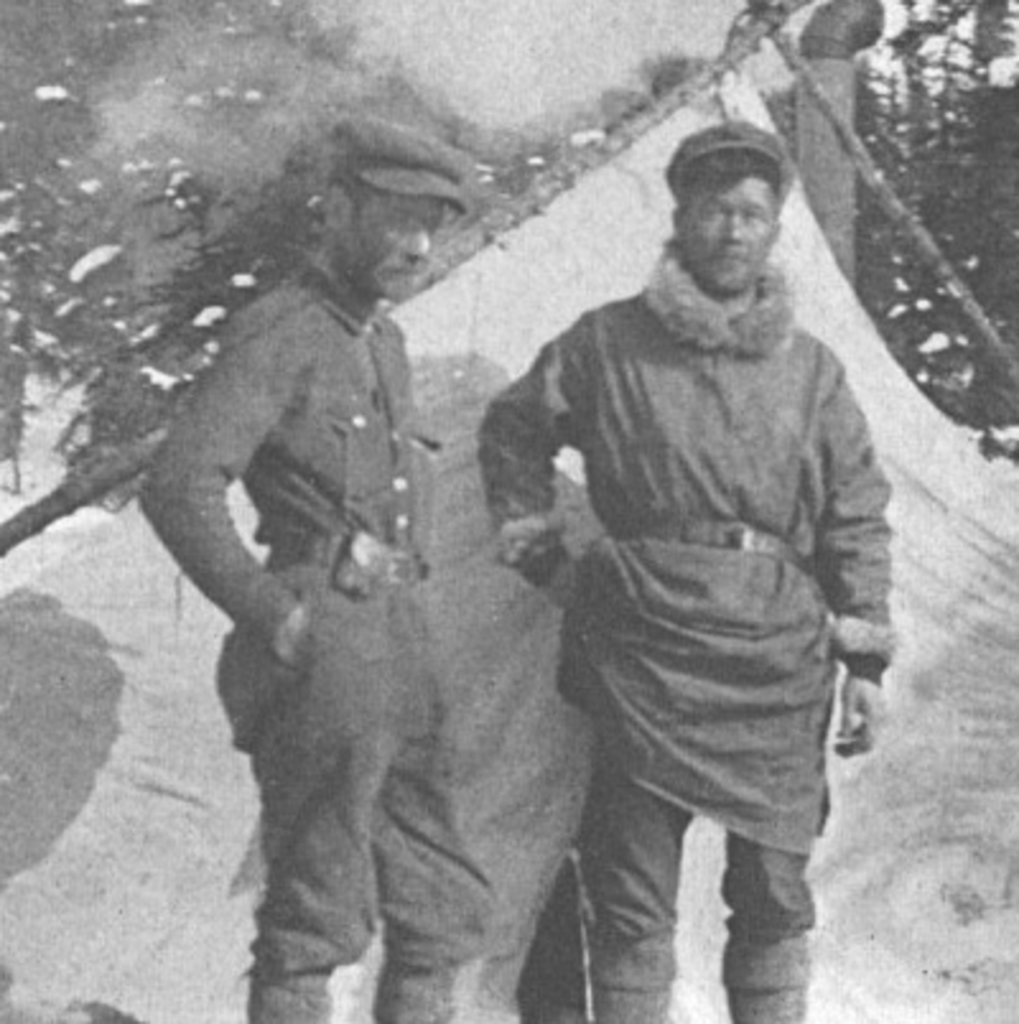